Salad King is a Thai food mega-restaurant with a history as rough-and-tumble as the Yonge and Dundas area it belongs to. This place used to reside kitty corner to its current location, but underwent a Lemony-Snicket-level series of unfortunate events, including a wall falling and a fire.

This location at 340 Yonge is two floors up, but fortunately there's an elevator to get there. Just walk through the glass doors at street level and you'll be on your way. This space also used to play host to the dive rock club Reilly's. 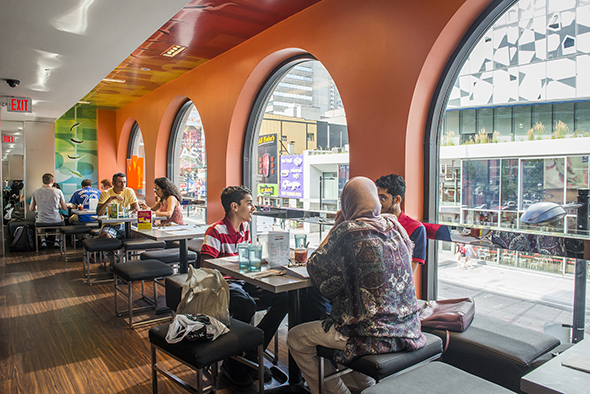 The 175-person restaurant is often packed to the gills with long steel tables filling half the restaurant. They manage to make it feel a little less crowded by breaking the space up into different seating areas, one in a wooden enclosure and one lined up along the window. 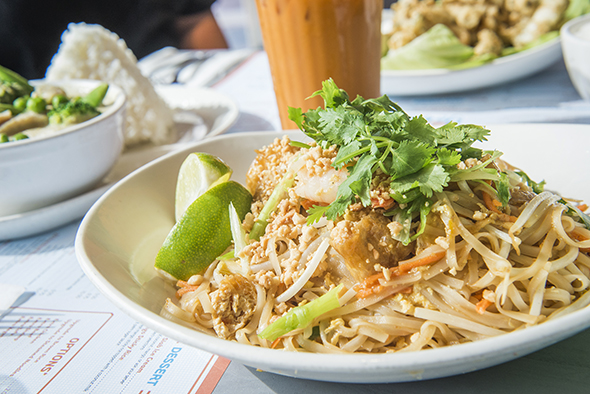 The thing that makes Salad King a downtown go-to isn't as much their originality, however, as their price point. They've proudly kept almost all their dishes below $10 for over twenty years. The pad thai is a satisfying classic that's only gone from $6 to $9.75 over that time. 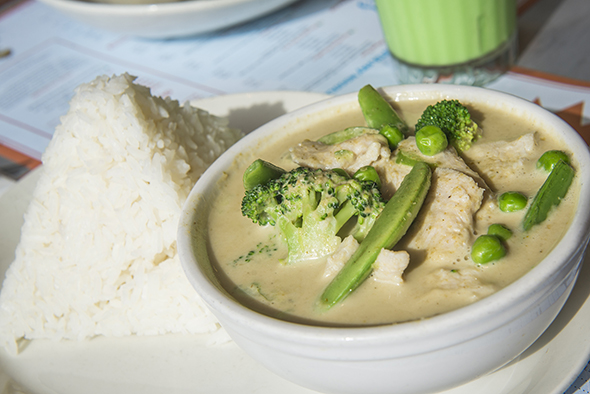 Another classic is the green curry ($9.75). It comes in a small, deep bowl with a pyramid of rice. It's the most popular, stereotypical dish served here, but Salad King does their best to make it shine by using exclusively chicken breast (though you can also order this with beef or shrimp), and centralizing the green chili flavour for a more savoury effect. 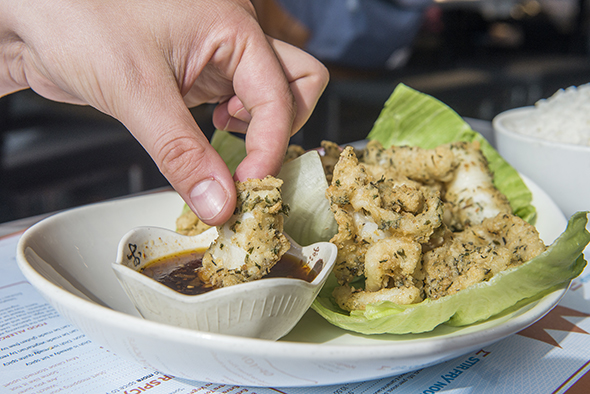 The Sea Queen ($9.75) is Salad King's name for Thai fried calamari. The batter is made with thyme, and the plate of squid rings comes served with a honey and lime sauce. 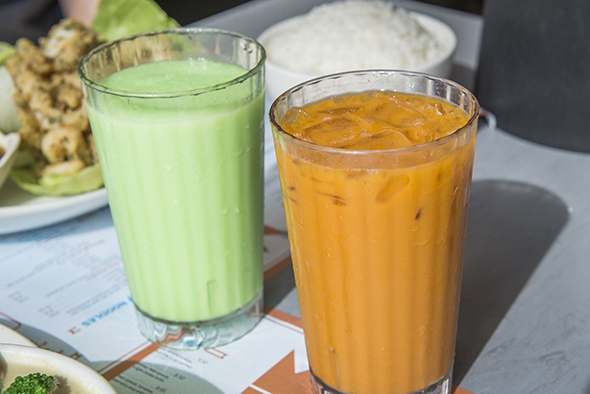 The Thai milkshake ($2.75) comes out of a Slurpee-type machine, is electric green, and tastes like an icy, milky cream soda. Salad King's Thai iced tea (also $2.75) veers slightly from tradition, using less sugar, and half and half instead of condensed milk. 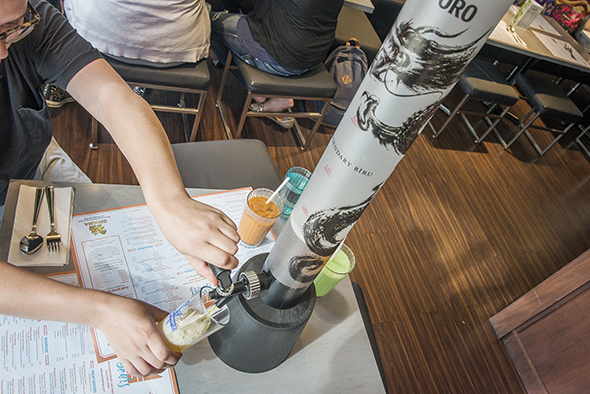 If you're a Ryerson student and want to blow off some steam at the end of a long day of classes, you might want to try the beer tower. At $25 it holds 2.5 litres of beer, and is a fun way of avoiding continually calling your server to order more drinks, but you do have to be a party of three or more to order it. 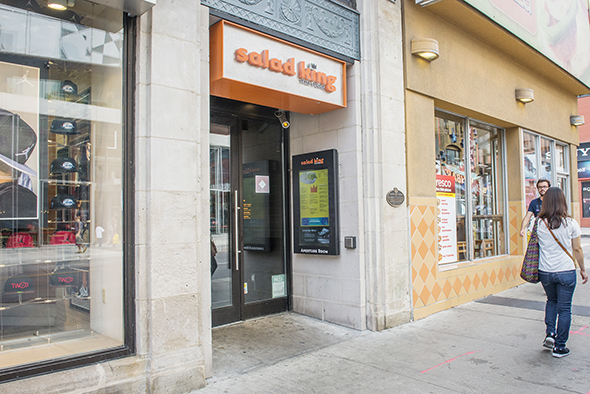