John & Sons Oyster House (formerly Rodney's By Bay) is, in essence, a more intimate version of the original and better-known Rodney's Oyster House on King West .

Opened in the spring of 2009, this restaurant carries much of the original's reputation and reveals the same passion for serving fresh and sustainable shellfish. And it's no surprise why. Owner John Belknap honed his skills under the tutelage of "Oyster King" Rodney Clark at the King Street restaurant for five years before starting out on his own.

The smallish yet upscale space fills up very quickly during the late afternoon and is packed with unwinding corporate types until way after 9 p.m. Parties of two or more will want to make reservations to ensure good seating. Individual patrons hankering for oysters and a cold one, on the other hand, can just scoot in to the bar and take in the shucking action. 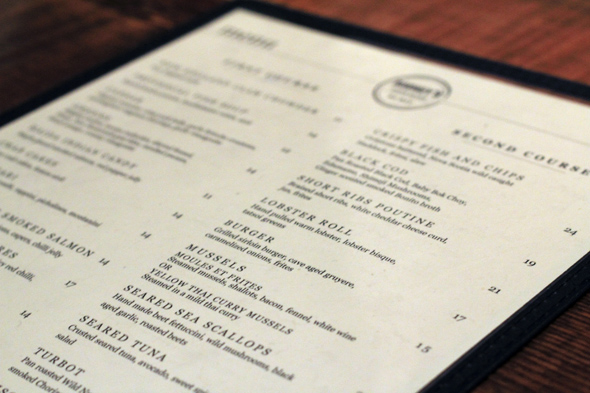 Along with a decent selection of bottled ($6.25) and draught beer (starting at $6.50), there's a predictable selection of wine, with by-the-glass offerings coming in at $9-15.

We're eager to try the oysters, so start the ball rolling with an order of six Nova Scotia Merigomish oysters ($17.10) and six Village Bay oysters from New Brunswick ($16.50). These are classically presented on a bed of ice with a scattering of grated horseradish, parsley and lemon. 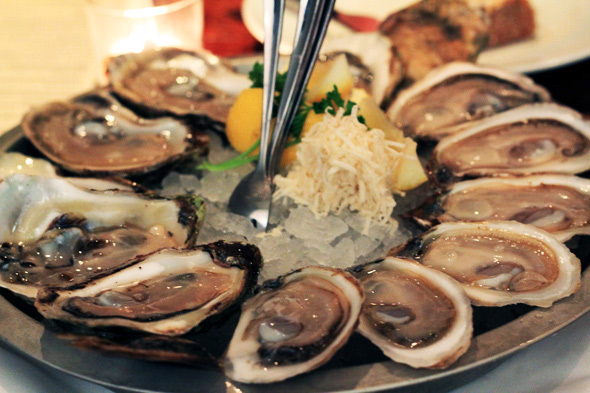 Of the two, we prefer the smaller Village Bay Oysters. They pack just the right amount of salty brininess, which is counterbalanced perfectly by the touch of horseradish we enjoy them with. Needless to say, they don't last long. But while we could have easily consumed a couple of dozen more, we realize that such a habit could get expensive. 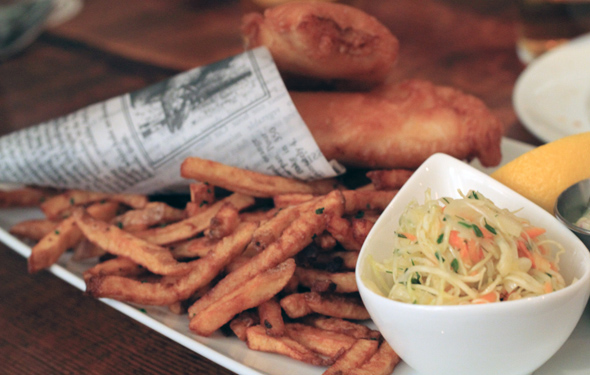 So, with our appetites whet, we move onto the mains. This may be an oyster joint, but I'm curious to see how they do with the cooked food, too.

The crispy fish and chips ($17.00) features gritstone battered, wild Nova Scotia haddock along with fries and coleslaw. The haddock is encased in a thick crunchy batter, but remains delightfully moist inside, while the fries are simple but superb. The portion size ain't too shabby either. 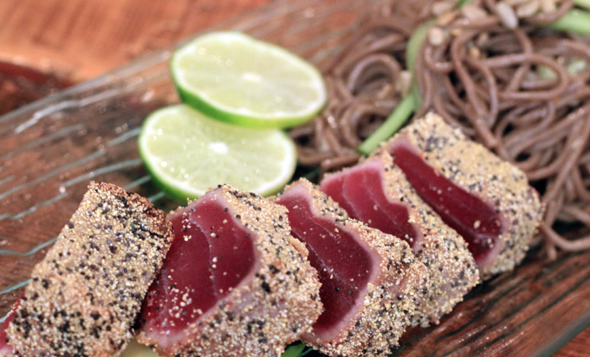 Seared Tuna ($23.00) is cooked perfectly, and benefits from the savoury yet delicate addition of sesame and poppy seed. A spicy noodle salad brings a decisive Asian twist to the dish and is a refreshing complement to the tuna. 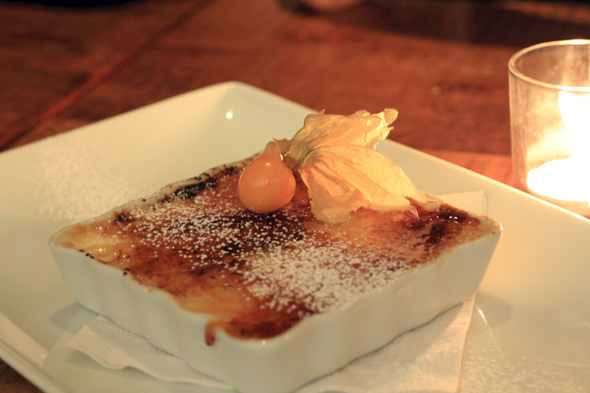 Could we handle more? The crĂ¨me brulĂŠe ($9.00) sounded too good to ignore, so we ordered one to share and savoured the thick, crystallized caramel as well as the rich vanilla-tinged custard. Despite its richness, this proves the perfect ending to an exhilarating and indulgent meal. 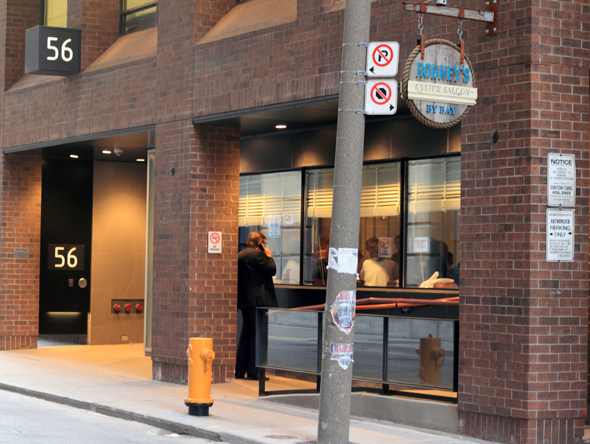 Editor's Note: This post has been updated to reflect the name change from Rodney's by Bay to John & Sons Oyster House.