Robo Sushi may look like an undiscerning plaza spot from the outside, but don't be fooled: this restaurant is the most futuristic food endeavour to hit the Toronto food scene since the introduction of conveyer belt sushi.

Fusing the already wondrous experience of AYCE sushi with the perplexing world of robot tech, Robo Sushi is the first restaurant in the country where hostesses and servers are robots on wheels. 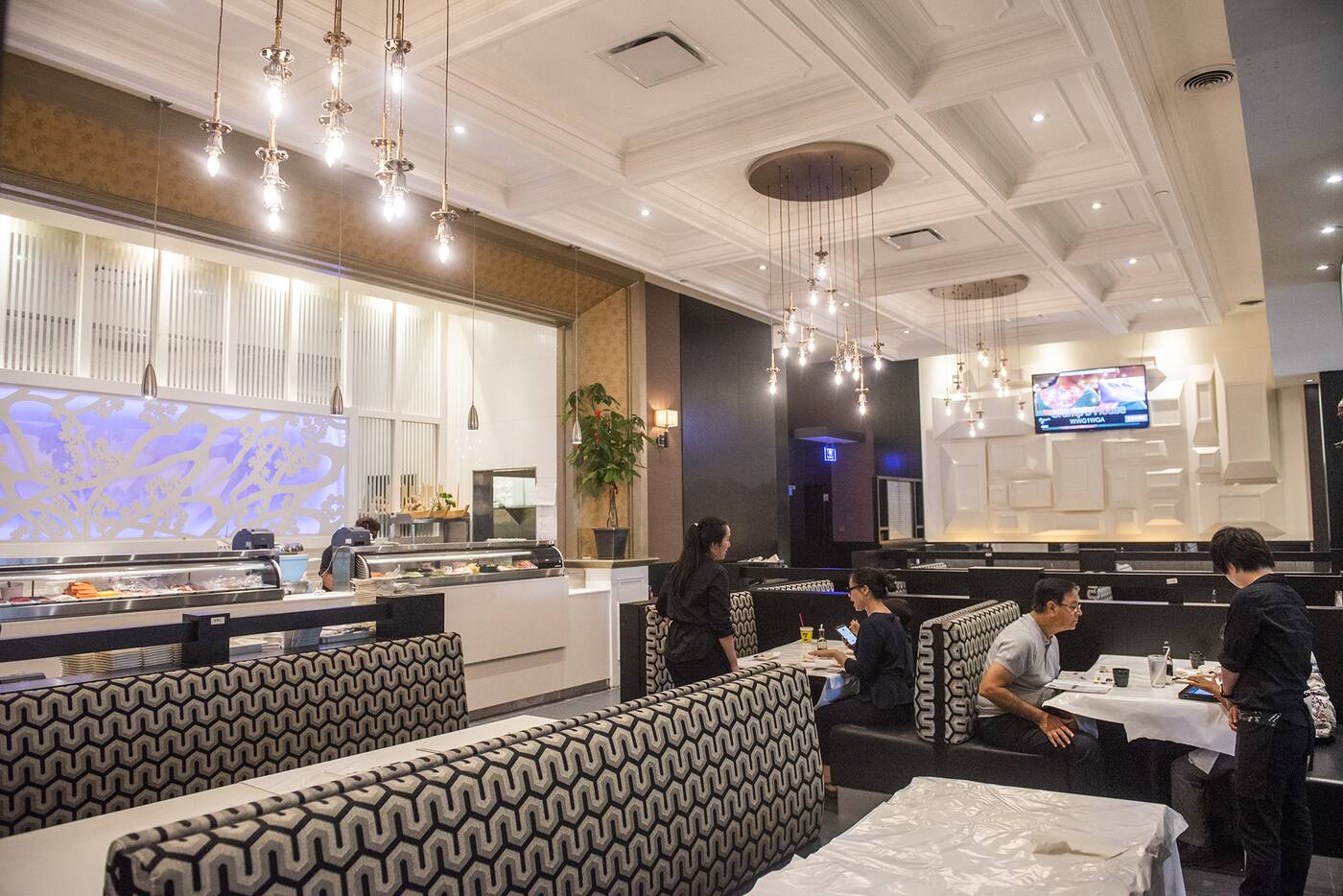 While definitely not without its glitches, it feels like a beta version of what our future will one day be like and it's highly entertaining to say the least.

The restaurant isn't a fully programmed establishment (yet), it's more of a mixed-service endeavour where robots are the main attraction but humans definitely still run the show.

It looks very much like your average AYCE spot, and considering the revolutionary equipment hiding within, it's almost underwhelming. 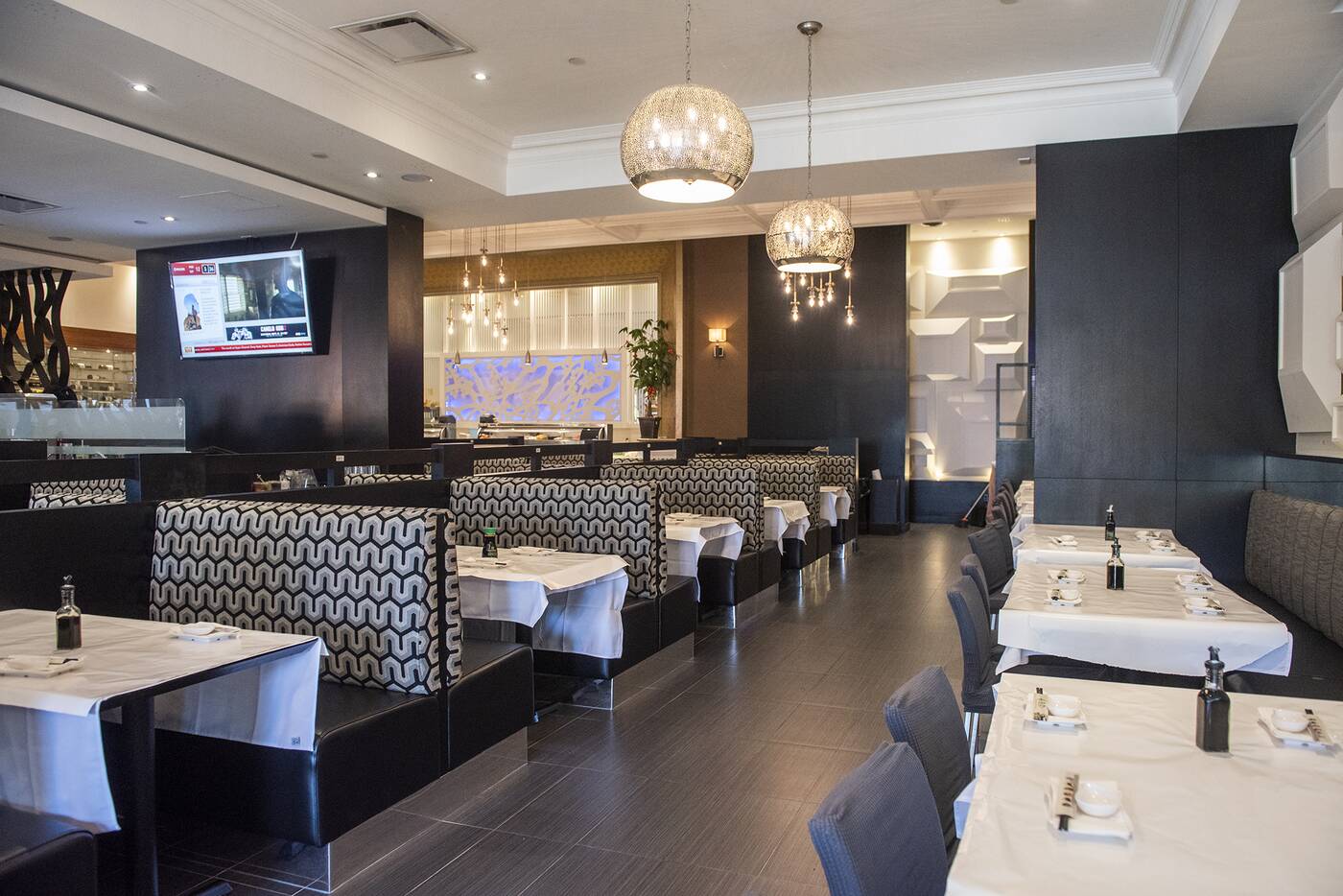 It's also a little disconcerting that the two immobile, obviously inferior, humanoid robots in the vestibule who welcome you when open the main doors look oddly dishevelled.

But that feeling of disappointment will quickly dissipate once you've seen the stars of the show: Mr. Blue and Peanut, the hostess bots. 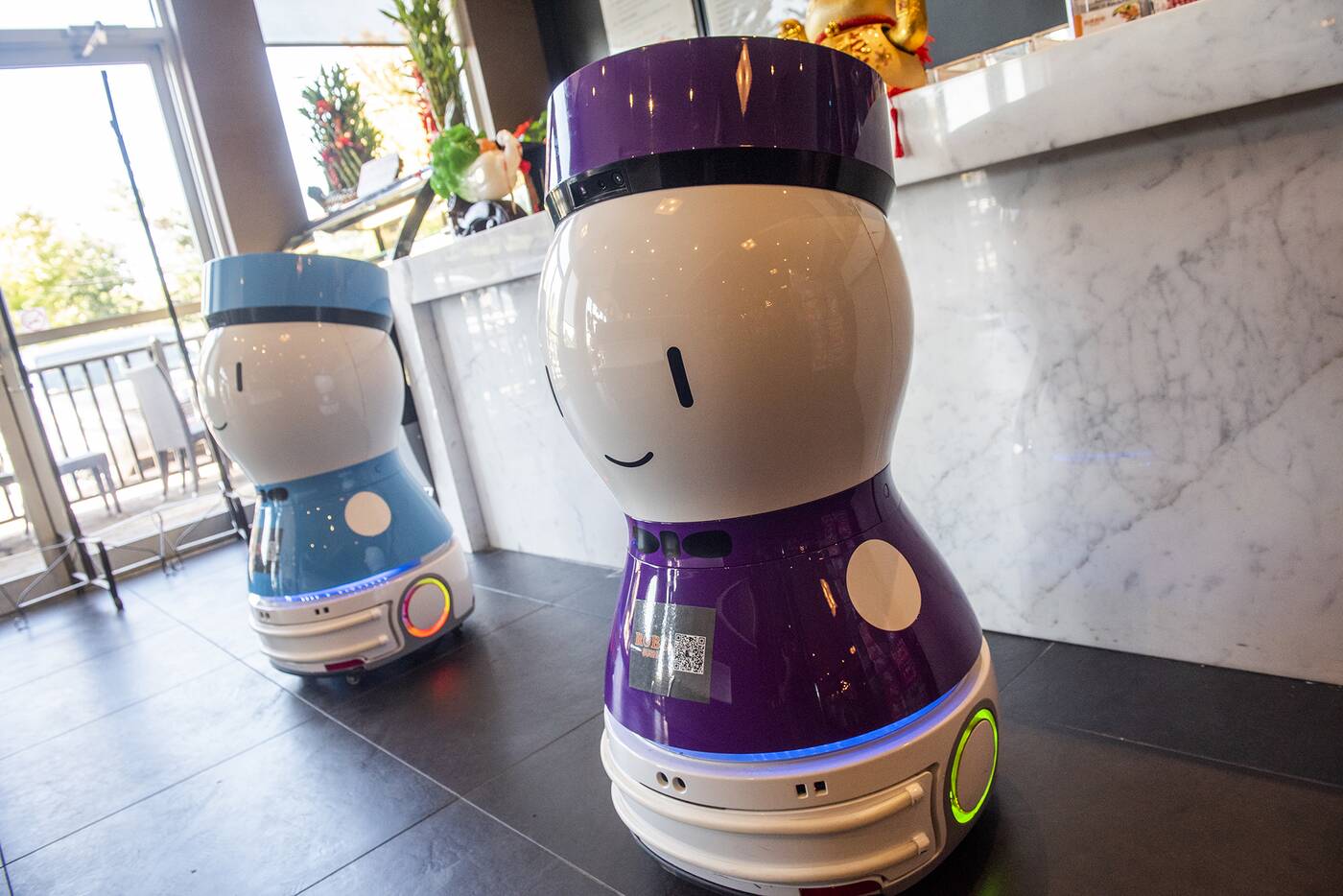 These adorable pieces of technology will approach and greet you once you've entered, and with some programming from a human server, lead you to one of 41 tables in the restaurant.

Made in Japan, they have heat sensors that allow them to manoeuvre around both humans and even their fellow bots, though occasional traffic jams do happen (expect to hear "Excuse me, may I go through" every now and then). 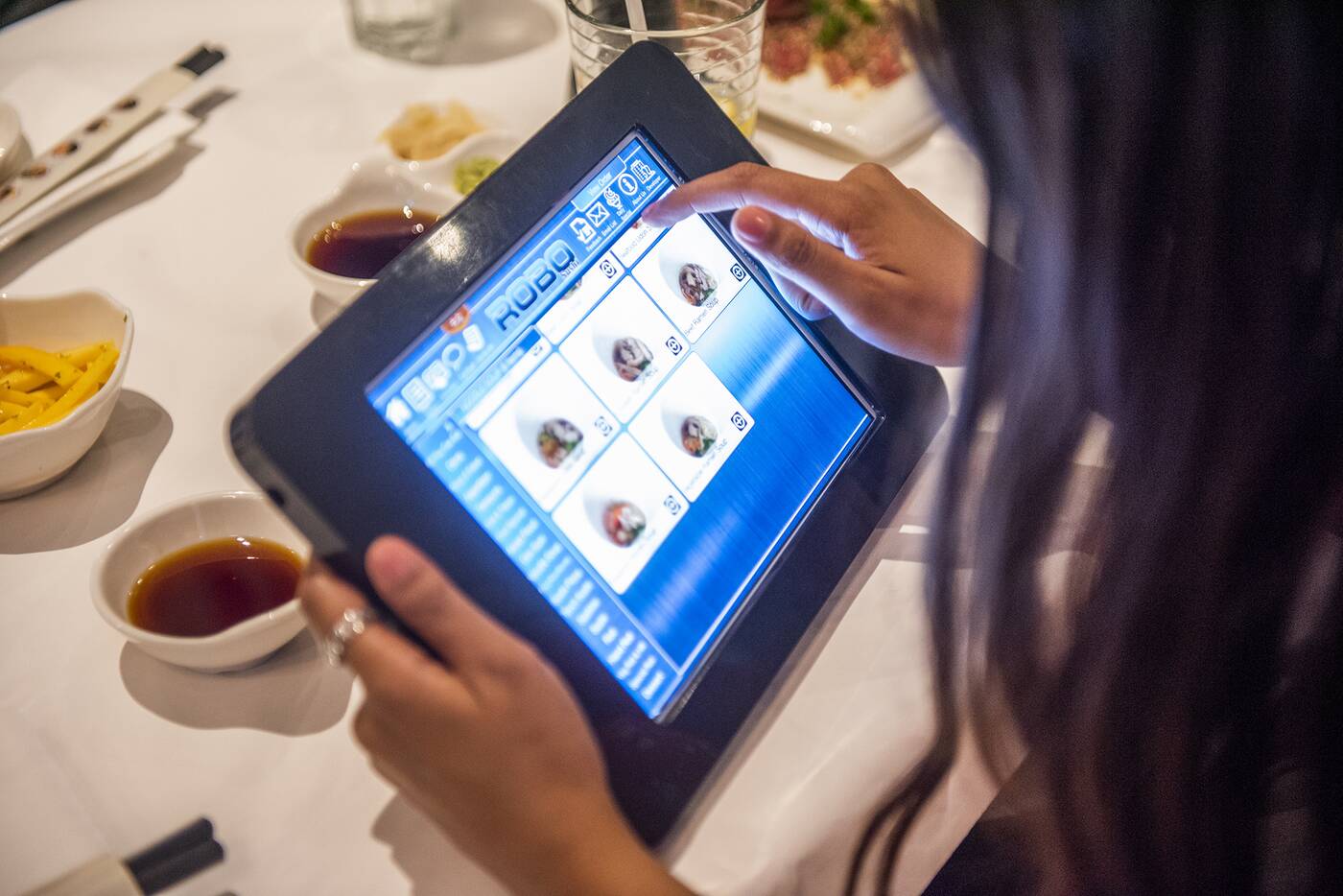 They've also been programmed to play classical music, meaning you'll catch some tunes every time these things glide by your table. It's all very fascinating to observe and takes a while to get used to. 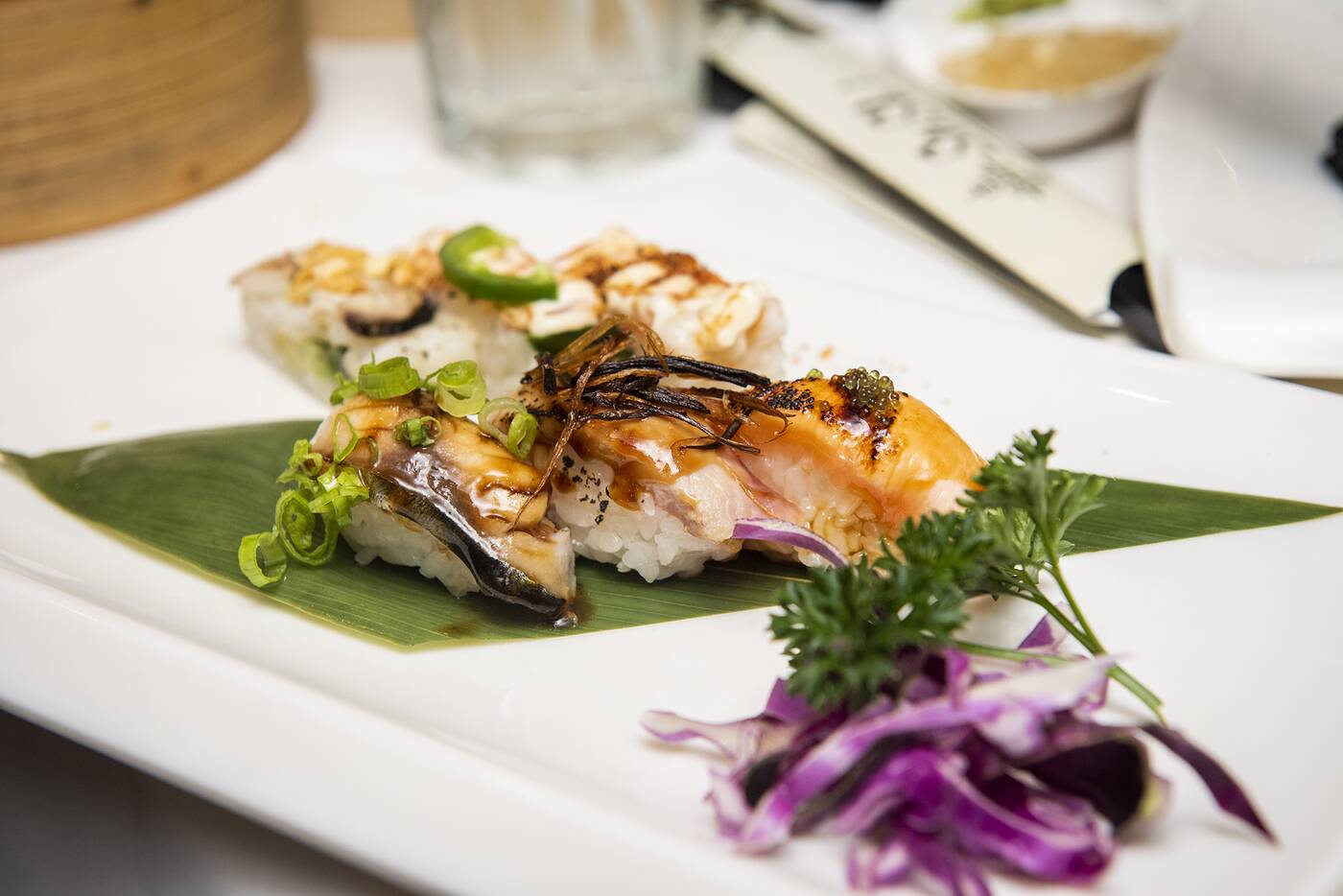 Order from a pretty standard AYCE menu of sushi, dim sum, and other usual fare from an iPad. The menu here is pretty general, with standard prices of $30 for weekday dinners and over 200 menu items to pick from on weekends, when the prices goes up to $34. 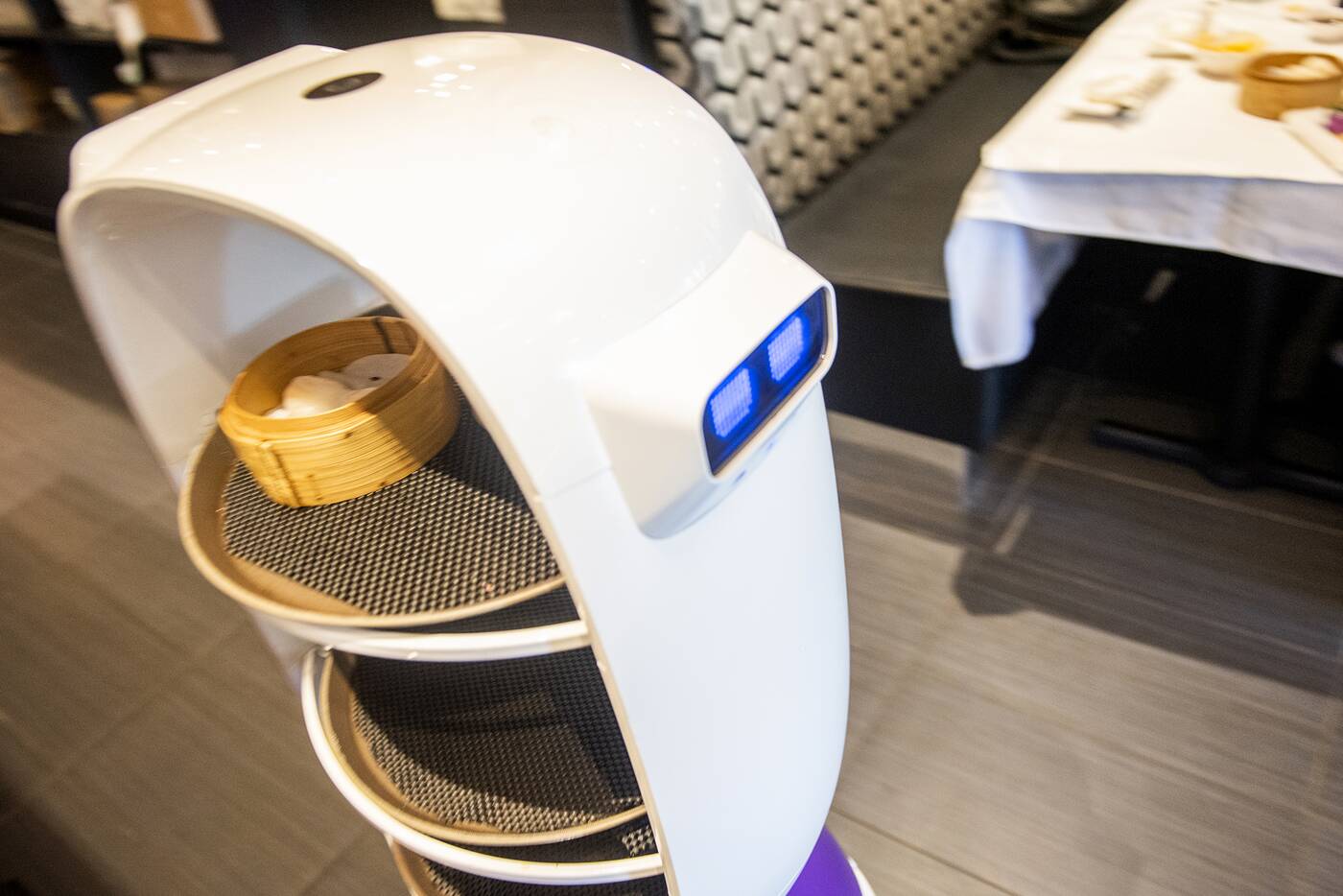 After ordering, your food will be brought directly to your table by a server robot: essentially a three-tiered tray on wheels with lights for eyes. 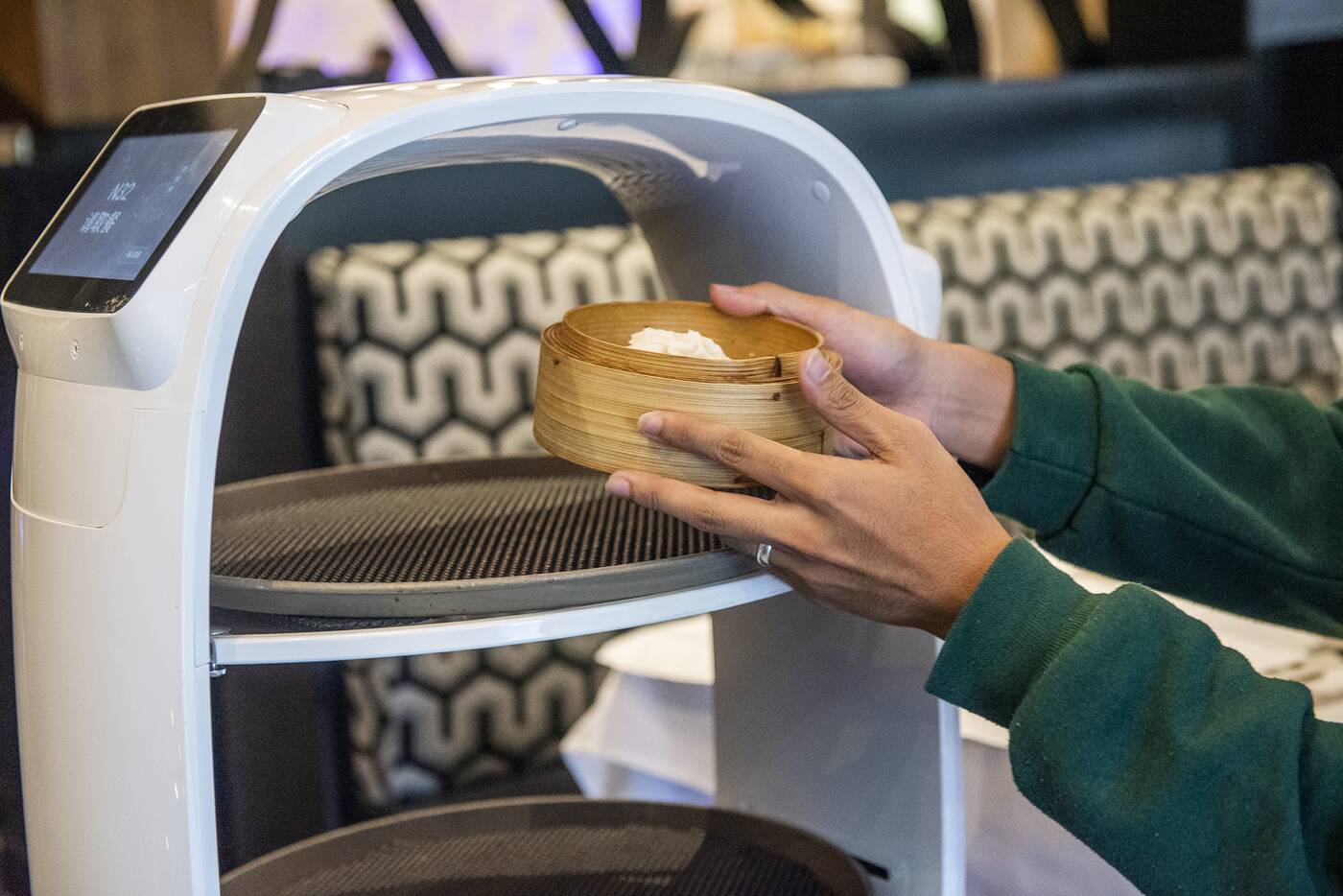 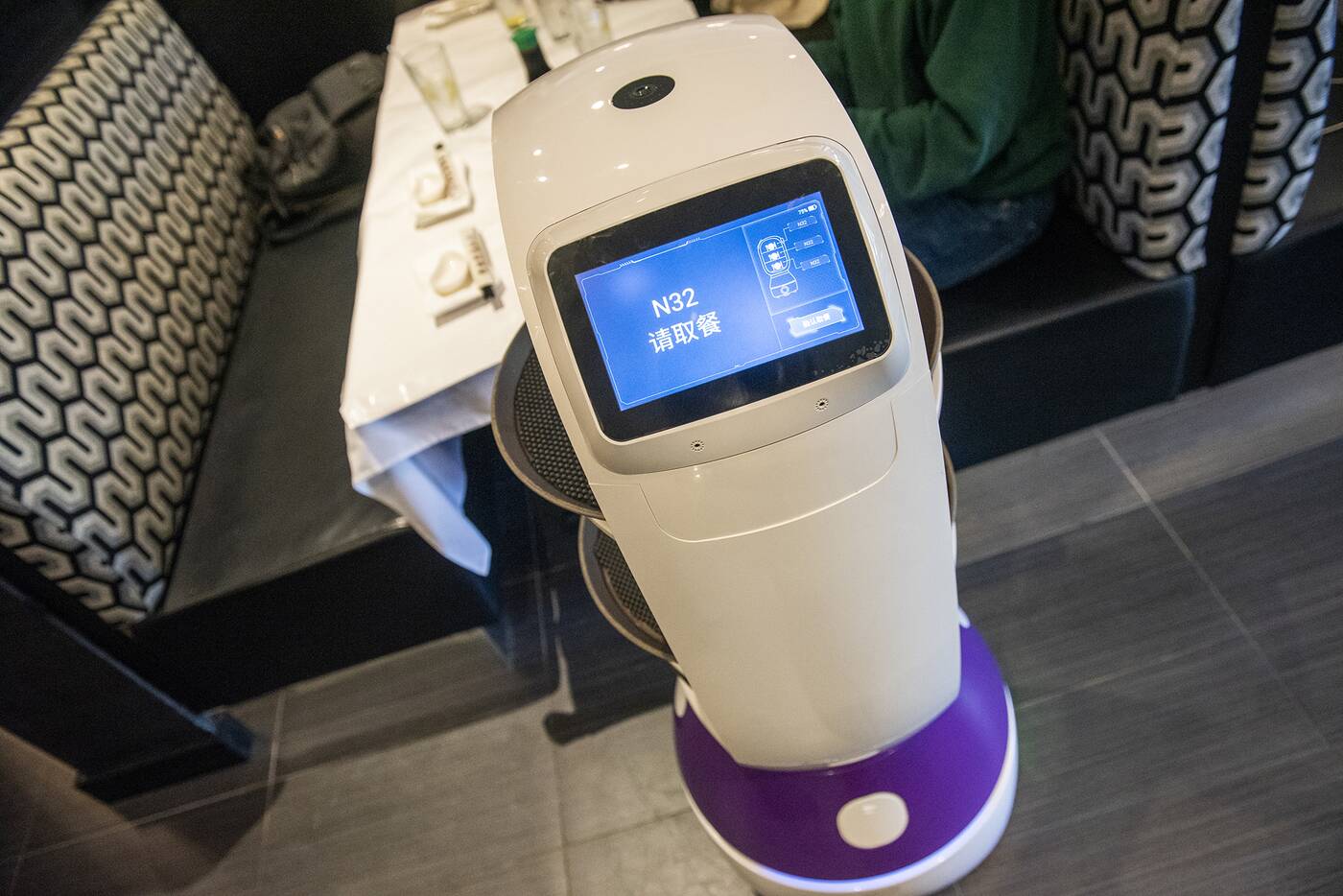 With three sensors distributed from top to bottom, there's no fear of bot collisions while delivering your meals. 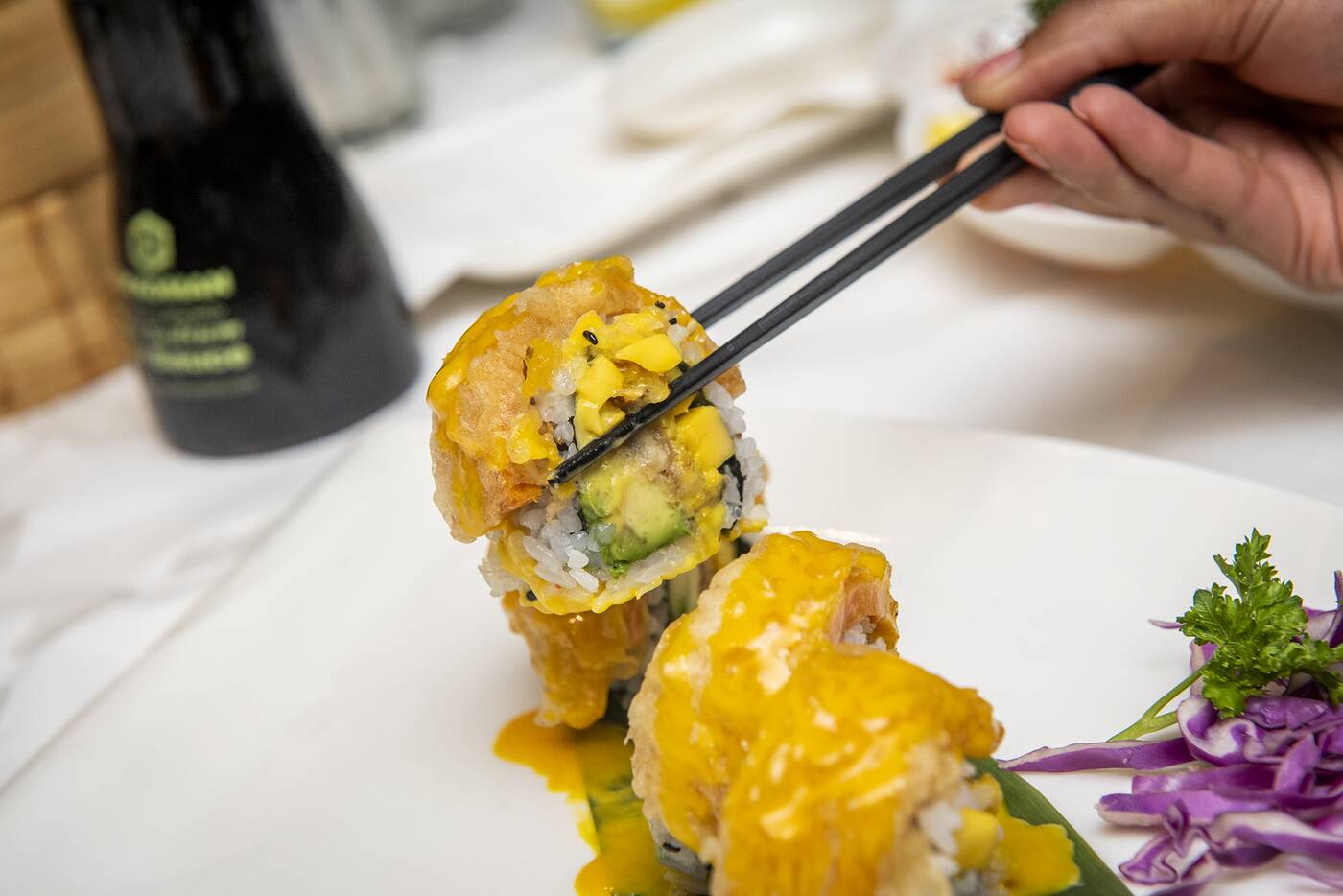 The only thing that's delivered by human servers are specialty rolls coming from the sushi bar, in order to preserve presentation. 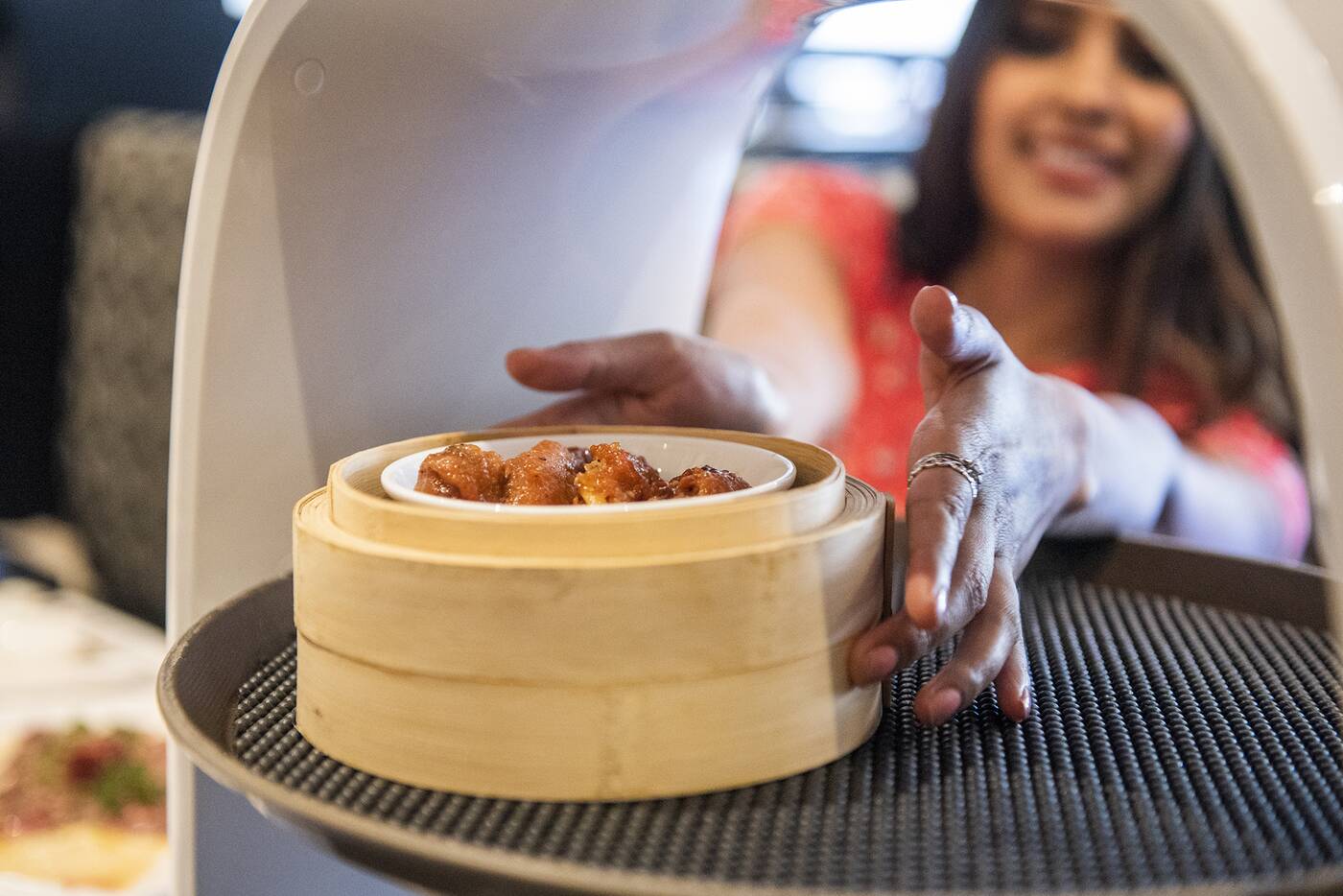 Once your food arrives at your table, you'll be required to take your dishes from the robot yourself. Using weight sensors to detect when you've taken all your food, the robot will proceed to ask you for a high-five. 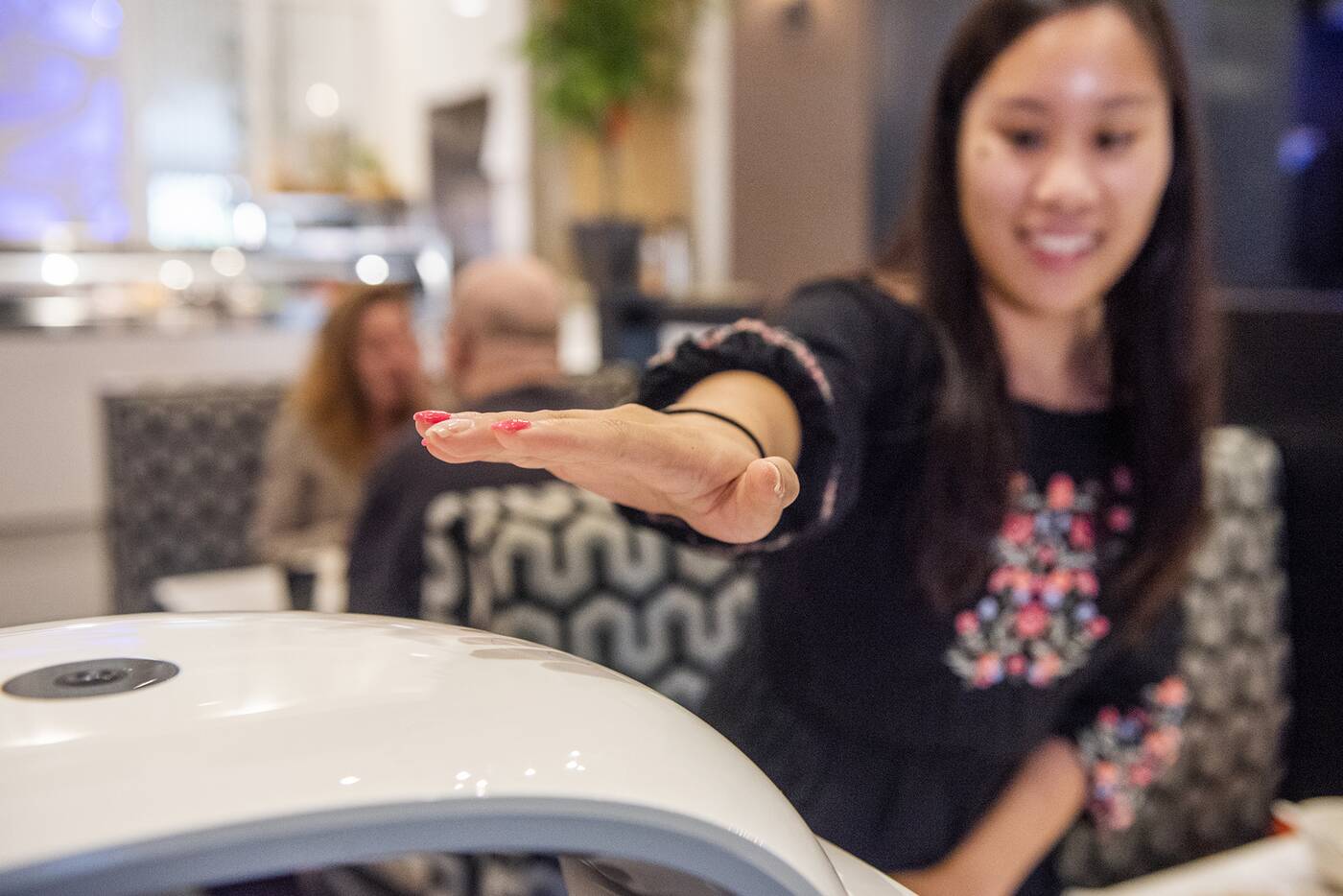 Take that as an invitation to smack it gently on the head so it can take its leave. 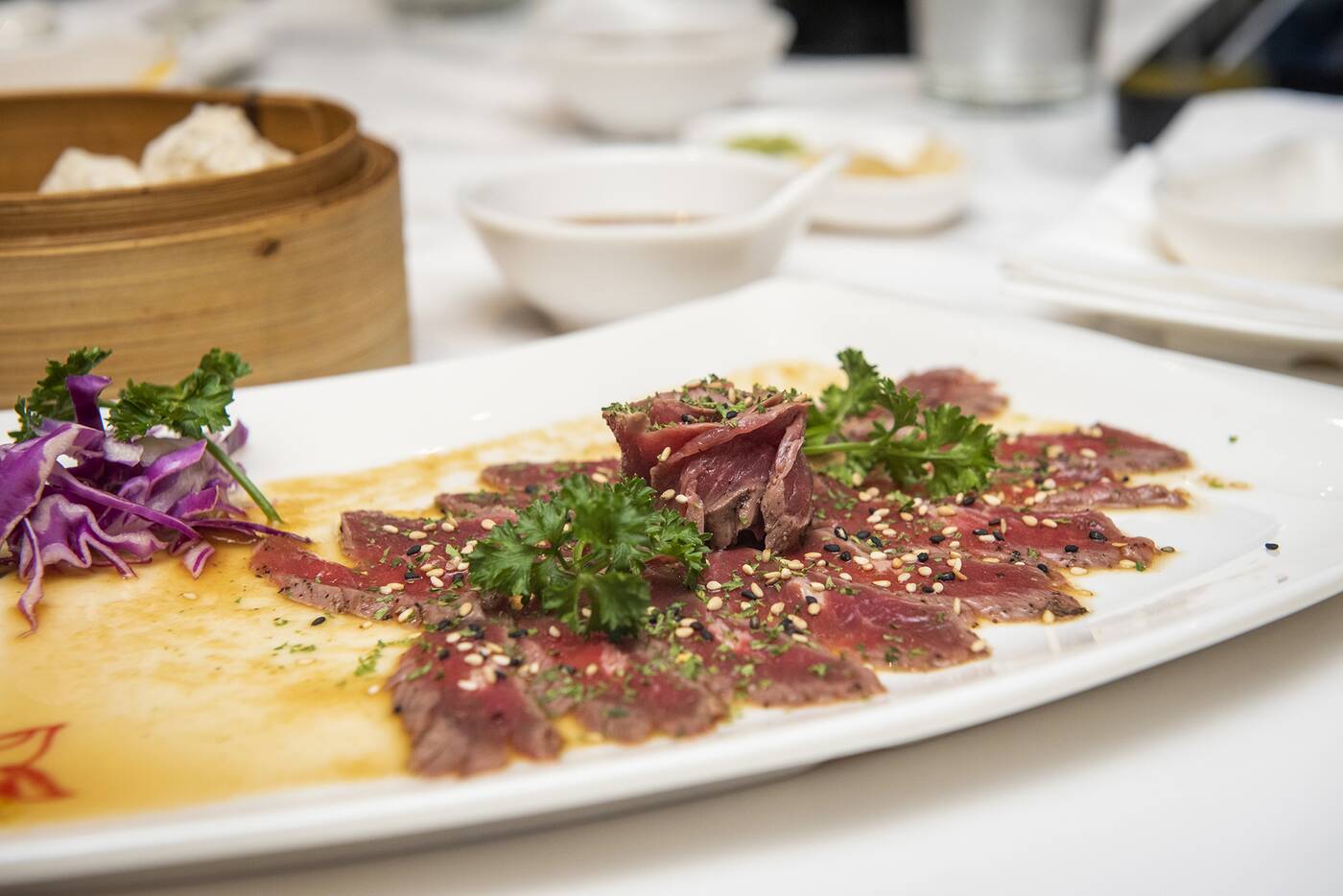 For those working in the many office buildings surrounding the York Mills and Don Mills area, there are also a la carte options, with pre-made bento boxes and lunch specials available every day. 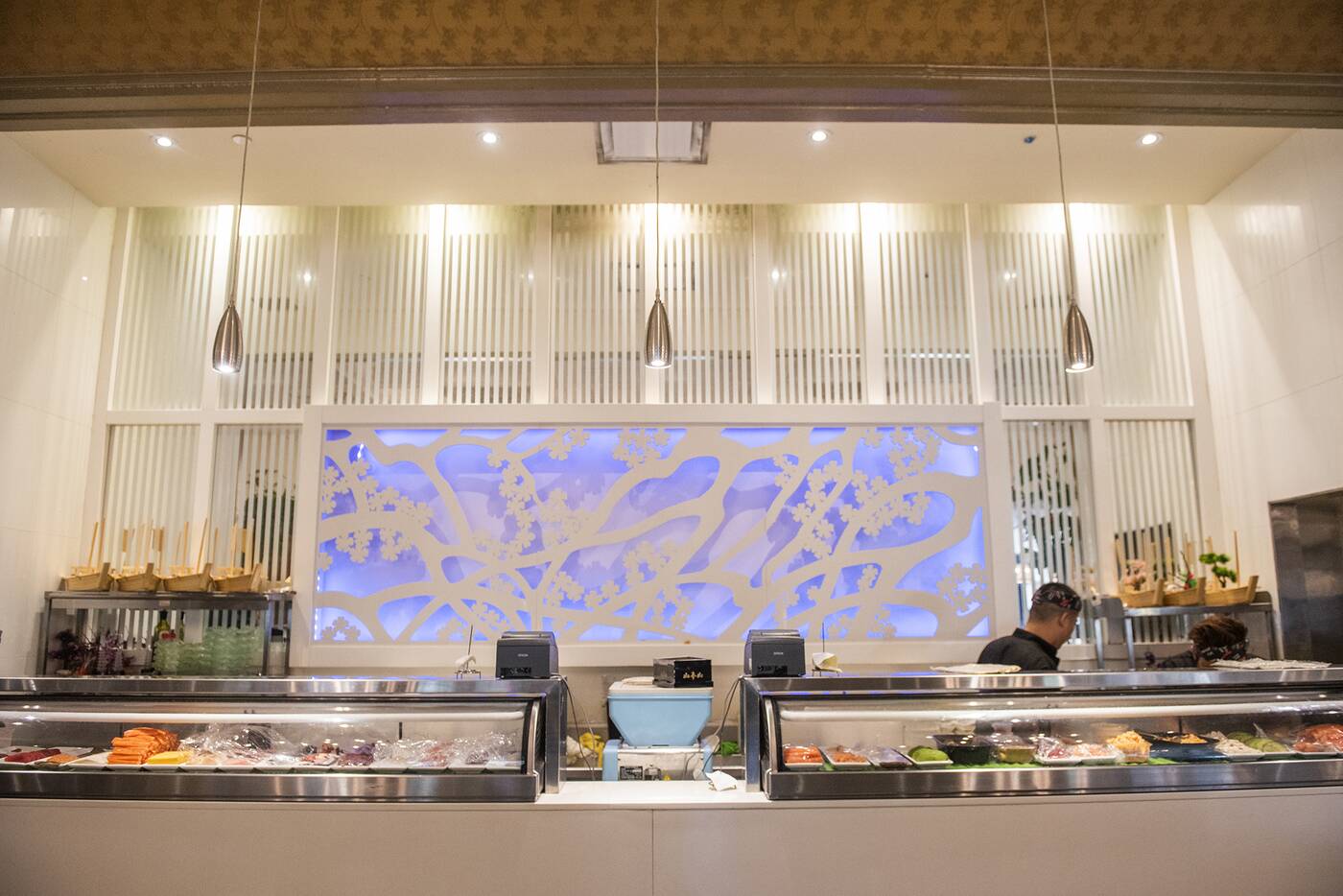 Though the interior and menu at Robo Sushi aren't nearly as exciting as the the complex pieces of technology running around inside of it, that may be for the better: you don't want a sensory overload.

There's no doubt this is just the beginning for robot in the food industry, and though the bots themselves could use some improvement, there's no knowing what the future of automated AYCE sushi holds. 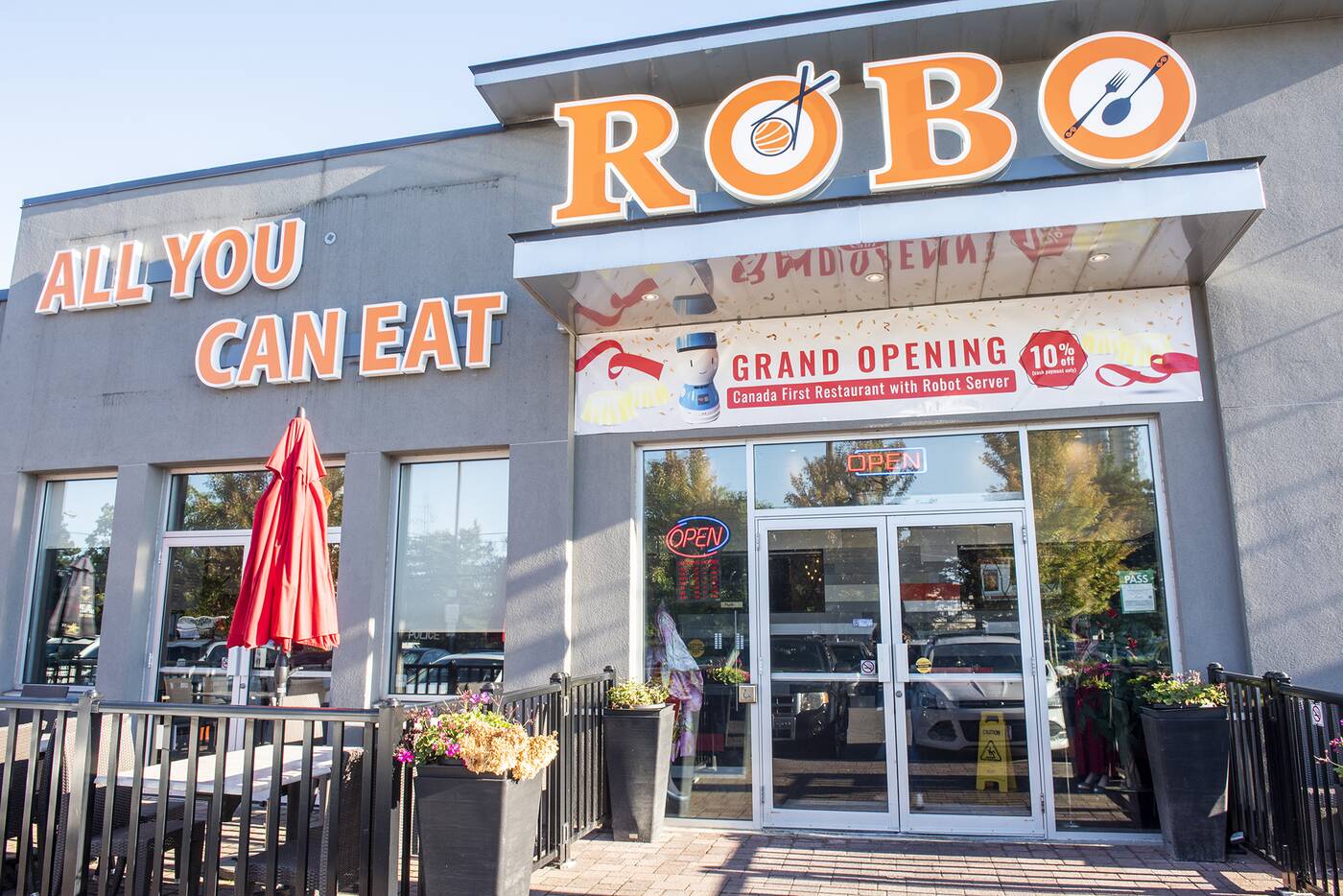