Ricky Ricardo's is the latest spot to open in the ever-changing façade that is 428 College Street. In just under three years the space went from Plaza Flamingo to the Rochester to the even more short-lived Moskito Bar . And while Ricky Ricardo's still maintains the space's club-like feel, owner Rico Khan has something his predecessors didn't - a serious chef.

Chef Hilda Soriano hails from the Dominican Republic. It's not the first place that comes to mind when you think of Latin gastronomy, but she knows a thing or two about cooking. While many chefs say they were "born in a kitchen" Soriano literally was, in her family's restaurant back home. Now a 14-year Canadian resident, Soriano whips up classic Latin dishes with creativity and flair. But there's one thing you should know: you will never, ever find a potato in her establishment. 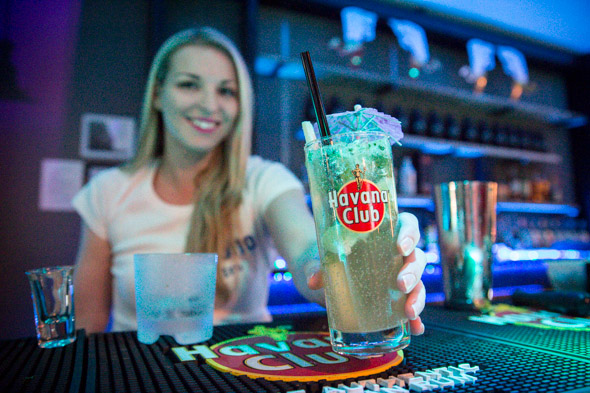 But food isn't the only thing this place does right. They also have an extensive Mojito list ranging from Pomegranate Mojito to Pineapple Mojito to the incredibly refreshing Watermelon Mojito. What sets these cocktails apart is they're made with raw sugar instead of traditional white sugar and are garnished with fresh sugar cane imported from Jamaica. Be sure to bite into it and suck on its delicious juice. 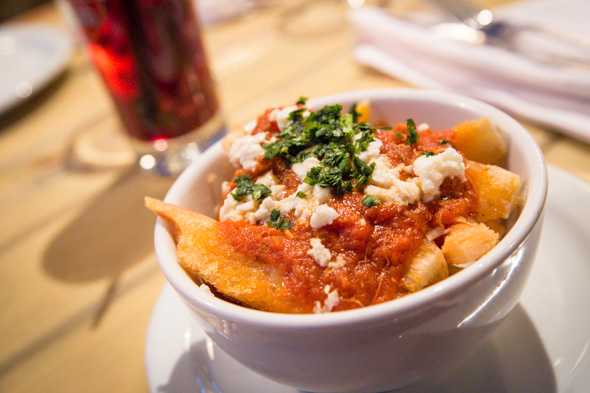 Now onto the food. We start with the Spoutine ($11), which is the chef's Spanish take on the poutine, sans potato, of course. Instead, she uses yucca as the base (also known as cassava) and tops them with queso fresco, guajillo chili and homemade salsa. There's an unexpected crunch you just can't get from a regular potato and you'll feel less guilty after indulging. 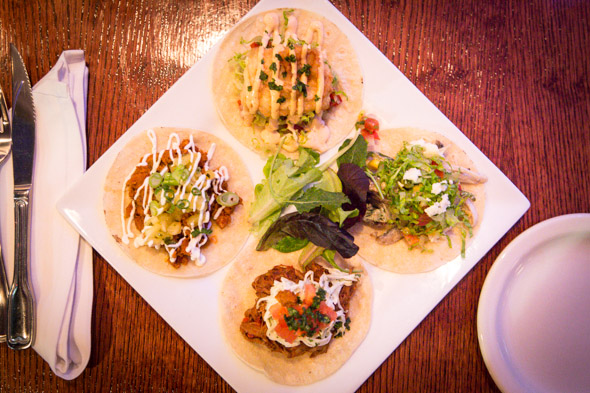 What's a Toronto restaurant without the almighty taco? Here you can dabble on a four-set from $12-$14. There's the Veggie Taco made with poblano peppers and portabello mushrooms, the Fish Taco made with bassa and housemade salsa, and the Beef Skirt Taco, which is marinated for two days and smothered with salsa. But the Chorizo and Pork Taco topped with fresh pineapple undoubtedly takes the cake. This "al pastor" style taco is bursting with perfectly balanced notes of sweet and salty, and could easily rival any taco in the city. 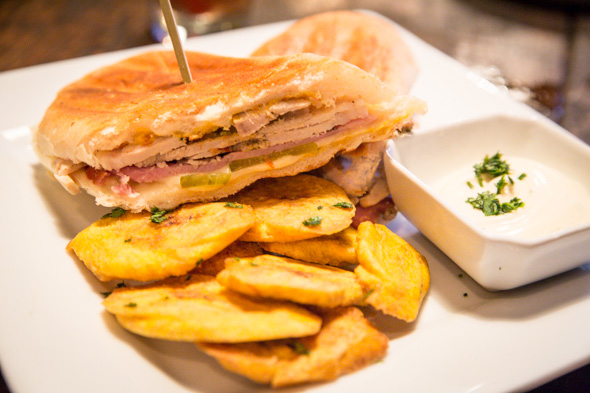 It's not just hard to find a good Cuban sandwich in the city; it's hard to find Cuban sandwiches in general. Enter Ricky's Cuban Sandwich ($14), made with marinated pork that's been slow roasted for two days, and then placed between two slices of fresh Cuban bread. Instead of fries, you'll get pantacones (green plantains) as a side. 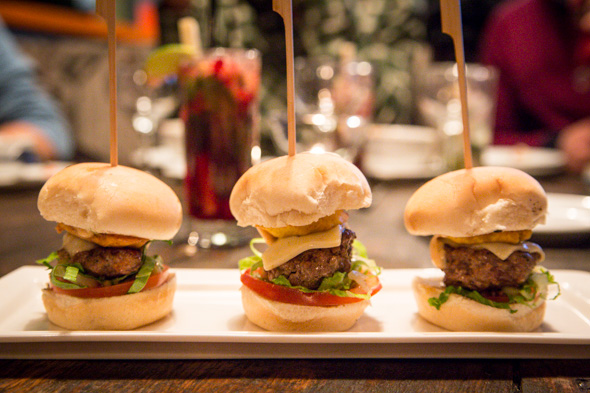 The Cuban Sliders ($14) can be dubbed Cuban thanks to the addition of chorizo, which is mixed with ground beef before being topped with green plantain and a spicy secret sauce.

I'm told Fish A La Sarmane ($26) is what you'd eat on a Dominican beach if you were a local. Lord knows I wasn't served this at my 2-Star Dominican resort. The seasonal fish (this time it's bass) is breaded, fried and then covered with a silky coconut sauce. As delicious as the fish was, the accompanied Dominican salad was just as impressive. Make no mistake about it; this is not your usual filler salad. Instead, it's a tangy and citrusy blend of avocado, cucumber and pickled cabbage. 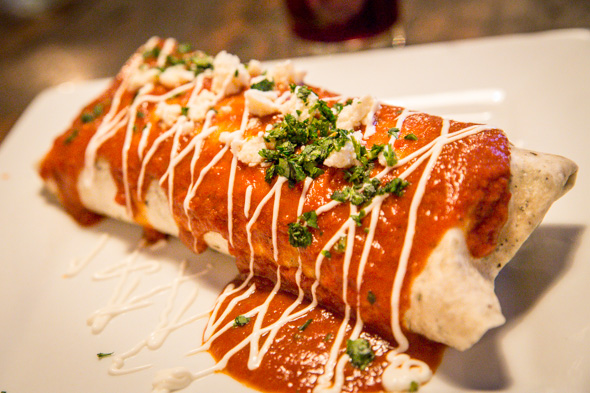 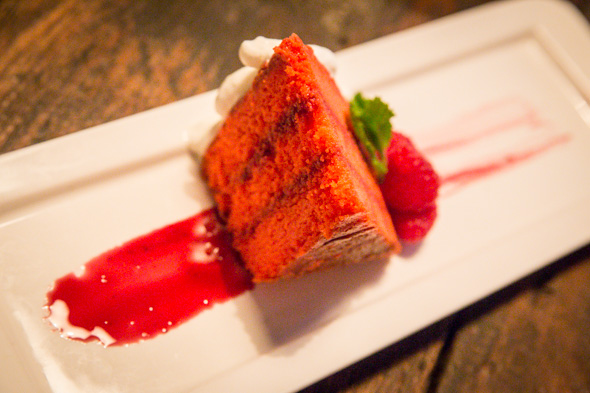 If there's room for dessert, try the Borracho ($10), which is a housemade Red Velvet cake soaked in Port. Or better yet, try the perfectly executed Spanish Crème Brule ($10), which is made from corn, coconut and rum. The corn gives the dessert more complexity than the conventional version with a lingering finish that isn't overly sweet. 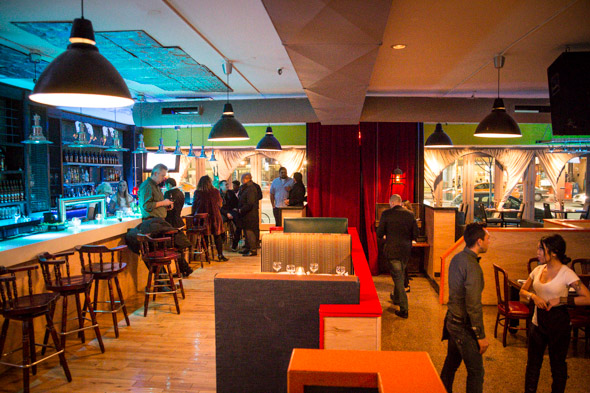 Ricky Ricardo's massive space and intense sound system might lead you to believe it's just a club. But with a serious chef and a full dinner menu seven nights a week, the place should be taken seriously as a restaurant. 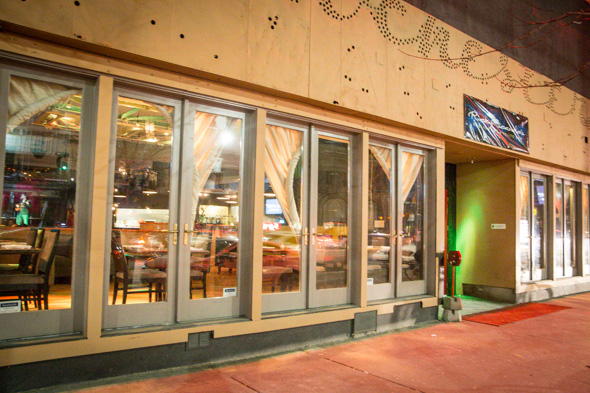