Red Sauce opened at the start of this month to offer a casual 1950s era Brooklyn-styled diner in the heart of Little Italy. Transforming the much-lauded Acadia into something more accessible, owner Scott Selland and manager Justin Shiels worked around the clock for a month to transform the space into something that feels much warmer. Though the food has been fundamentally transformed, the excellent Acadia bar program remains. Cocktails are something of a bargain, given the care and skill put into producing them. 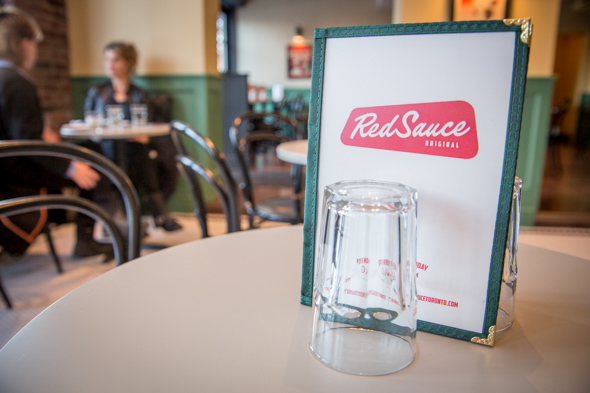 Guests are welcomed on entry by a burst of colour and natural wood tones. The open kitchen has been walled off, but the restaurant remains split between the dining area and the bar. It still feels a little plain for now, though we're assured that more decor will be hitting the walls in the coming weeks. 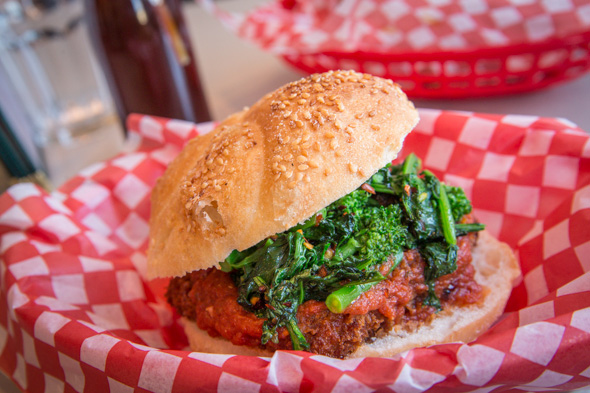 Sandwiches ($9 roll, $12 hero) rule the roost at Red Sauce, and with veal, eggplant, and meatball on the menu, it seems they're planting themselves in direct competition with the Holy Trinity of Italian sandwiches -- California , San Francesco , and Bitondo are all no more than a short trot away. Trotters , however, are Red Sauce's trump card, with a Knuckle Sandwich ($9) to add to that inventory. Sure, the sandwich isn't the behemoth you might find across the street, but it's topped with spicy rapini and the house 'red sauce' and the trotters themselves (breaded and fried) are tender beyond belief. This won't be the last time I eat this sandwich. 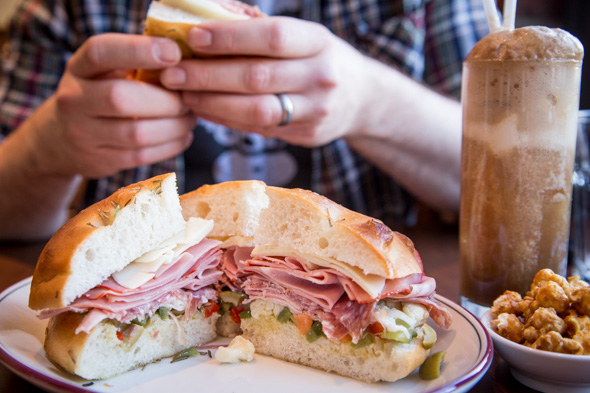 The other main sandwich option is the enormous Muffuletta ($8/$14), which is essentially a whole focaccia stuffed with cold cuts, cheese, and pickled vegetables. Available in two sizes the full thing will happily feed two people. Although there's presently no delivery option, Red Sauce appear really well-stocked for takeout options, and I'll be surprised if they don't become something of a fixture in the neighbourhood for those who want to grab a bite on the way home. 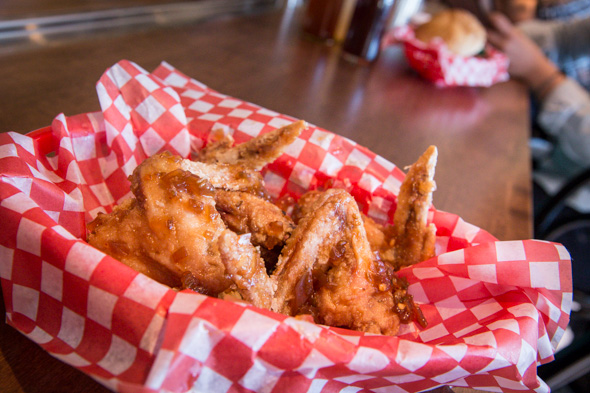 The Wings Agrodolce ($9 per half-pound) are a departure from the hot sauce-slathered variety you'll pick up elsewhere. A sweet'n'sour blend of fennel, red onions and red wine vinegar form a gelatinous coating over the wings. Sadly, there's no drumette in this basket, so they're pretty light on meat. One order won't be enough to share. 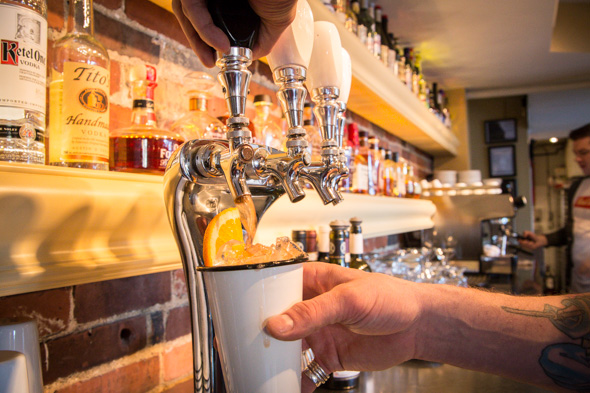 As mentioned before, the cocktail program has essentially been transposed directly from Acadia, though the prices have reduced down to a pleasing $9 a piece, with a Negroni on draught for only $6. We tried the Caramel Popcorn Float, with rum, popcorn ice-cream, and Coke. It came with a side of caramel popcorn to accompany each sip, which added a rich buttery note. Also on offer was the Boozy Brio, which was pre-mixed and served in a soda bottle. It tasted exactly like the name would suggest. There is, in fact, a whole range of house-bottled sodas to choose from. 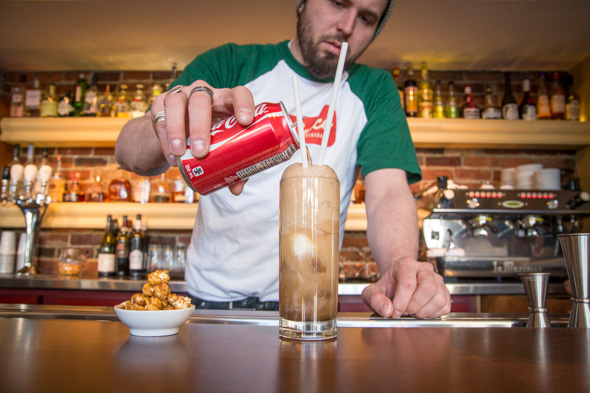 There's only 6 wines on the list, all at $8 a glass, while the beer list is also kept short. Pints are $6, and the Red Sauce Ale is made for them by Flying Monkeys. Unlike many of the new openings in the city, you can actually order a pitcher of beer here ($18).

There's a lot to like about Red Sauce, and I think it'll do well in the neighbourhood, both for offering a more upmarket twist on the Italian deli sandwich, and also for being one of surprisingly few spots on/near College to get a decent cocktail.

Red Sauce is open everyday from 11am - 2am 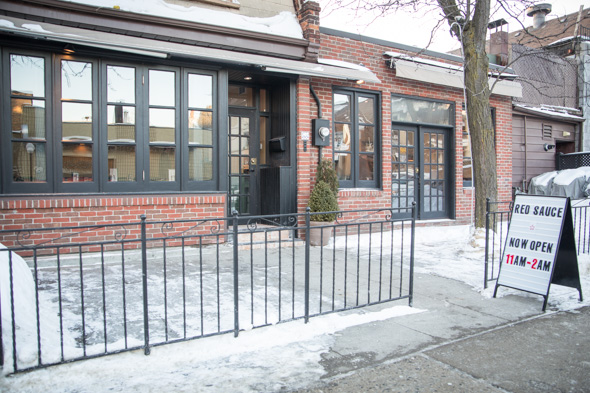