Omusubi Bar Suzume is a market stall dedicated mainly to selling Japanese rice balls stuffed with a variety of fillings.

"Suzume" translates to sparrow in Japanese, and omusubi is a kind of traditional rice ball snack wrapped in nori (dried seaweed) so it's portable, easy to eat with just your hands and stays good for a while, often thanks to naturally preservative salty or sour ingredients. 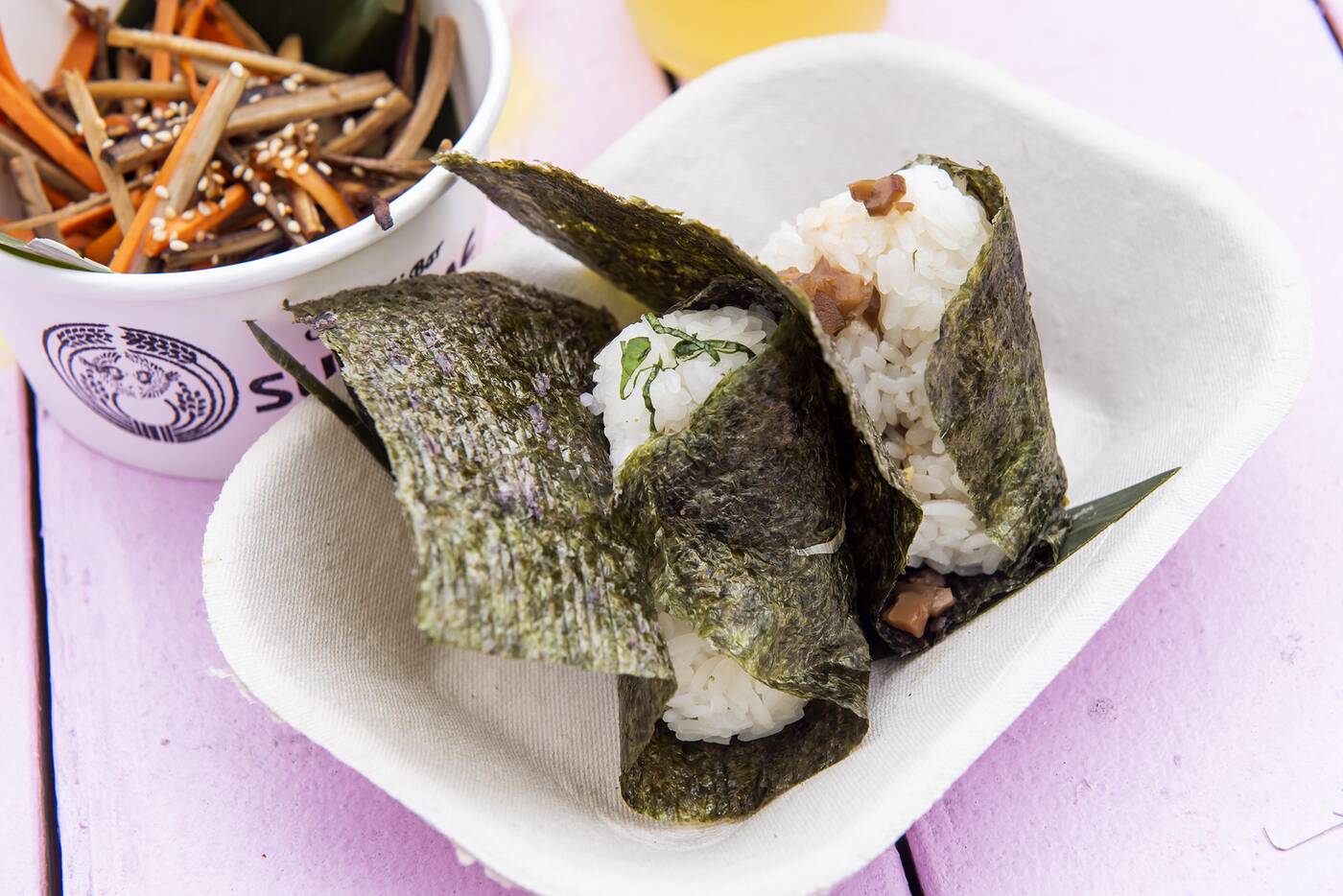 One origin story of their triangular shape is that it's intended to mimic the shape of a mountain, as mountains are deified in Japanese culture and people would eat triangular foods to receive power from the gods.

Omusubi Bar Suzume started out as a pop-up concept at events and farmers' markets, but now has a permanent home at Market 707, the outdoor collection of stalls serving a range of global street foods. There's no rain coverage, but picnic tables are suitable for sitting and eating. 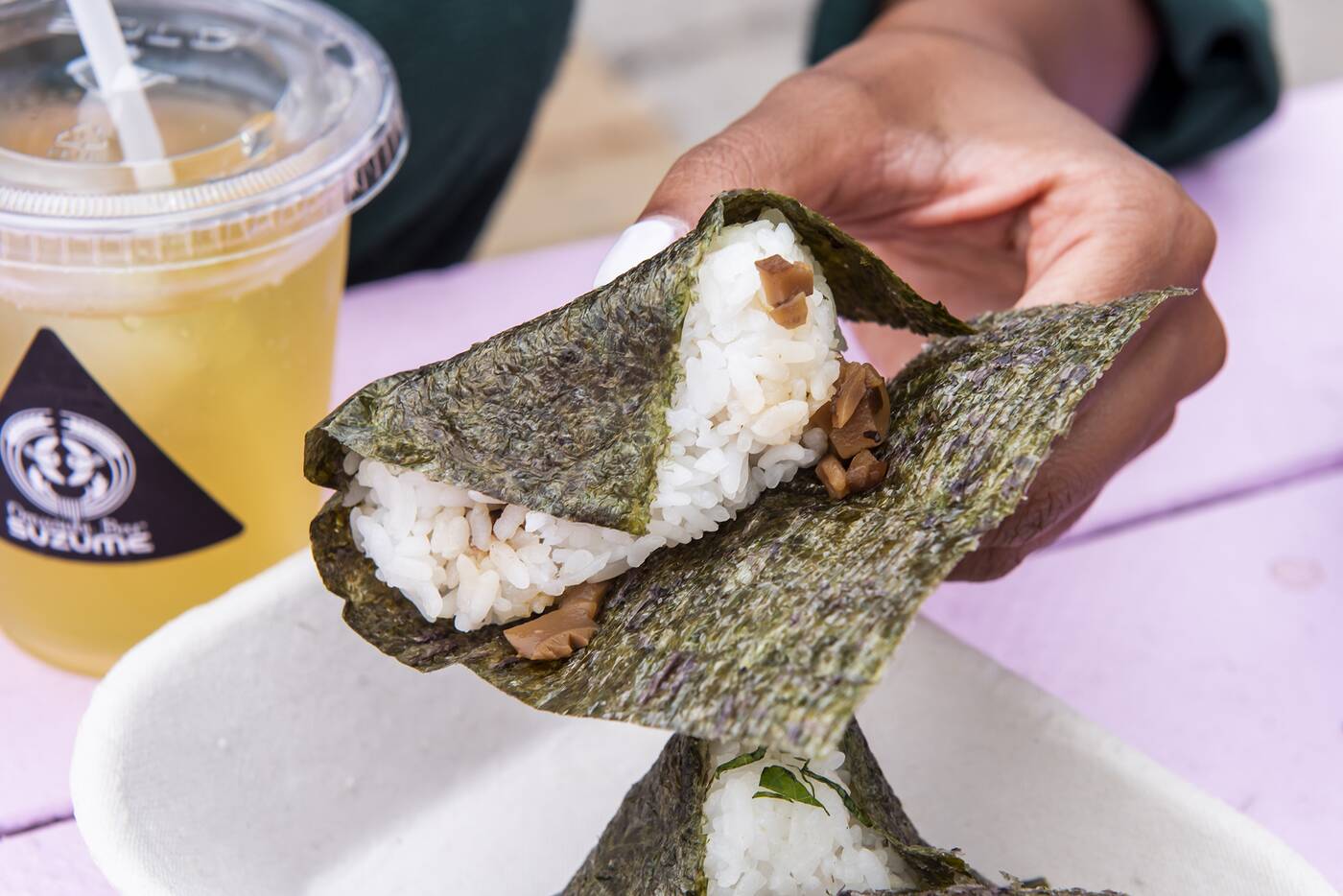 Omusubi ($3.45) are all made to order, and if you get them to stay or eat right away they come loosely wrapped in nori in a little tray. 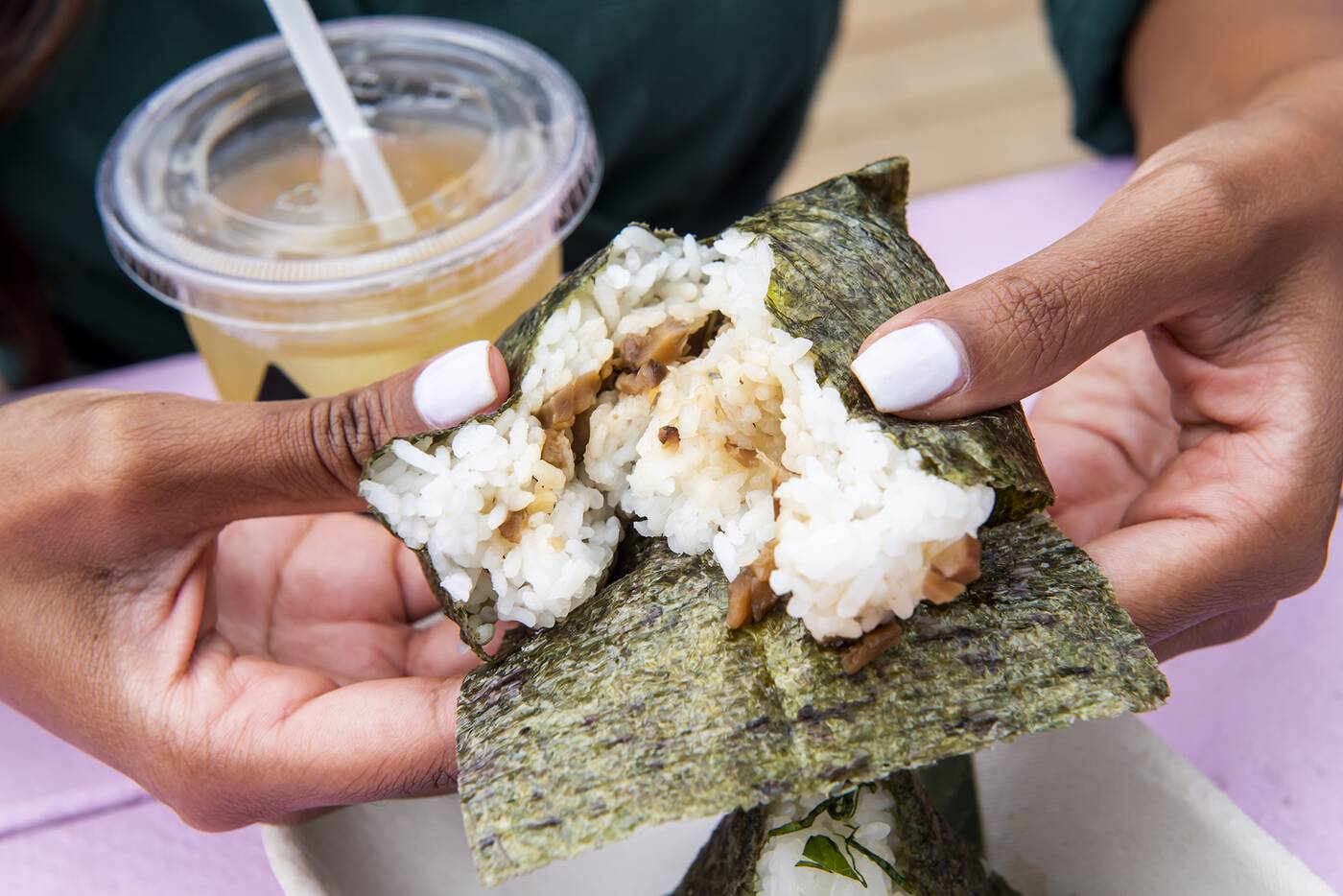 A garlic shiitake mushroom variety is vegan, and a traditional ume shiso (salted plum and herb) is very strong, salty and sour in taste although apparently it's a flavour customers demand. 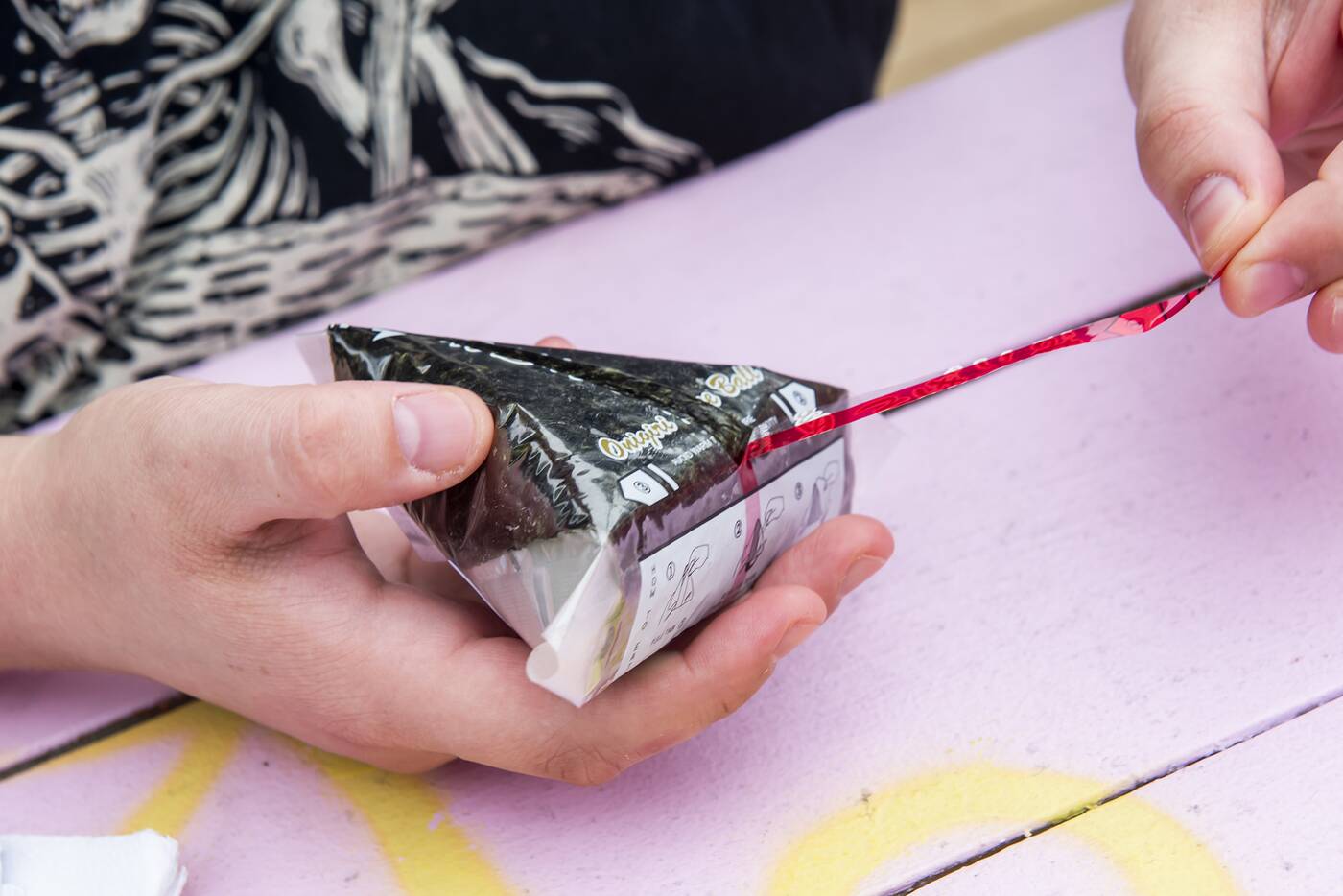 Grab omusubi to go for a perfect work or picnic snack or just something to keep in your fridge for quick instant fuel, and it'll come wrapped in packaging with instructions on how to open it.

I haven't necessarily mastered how to get the omusubi out without tearing the seaweed, but with a little care and practice it's easy to open in a few simple steps. It's packaged this way for maximum preservation of each ingredient. 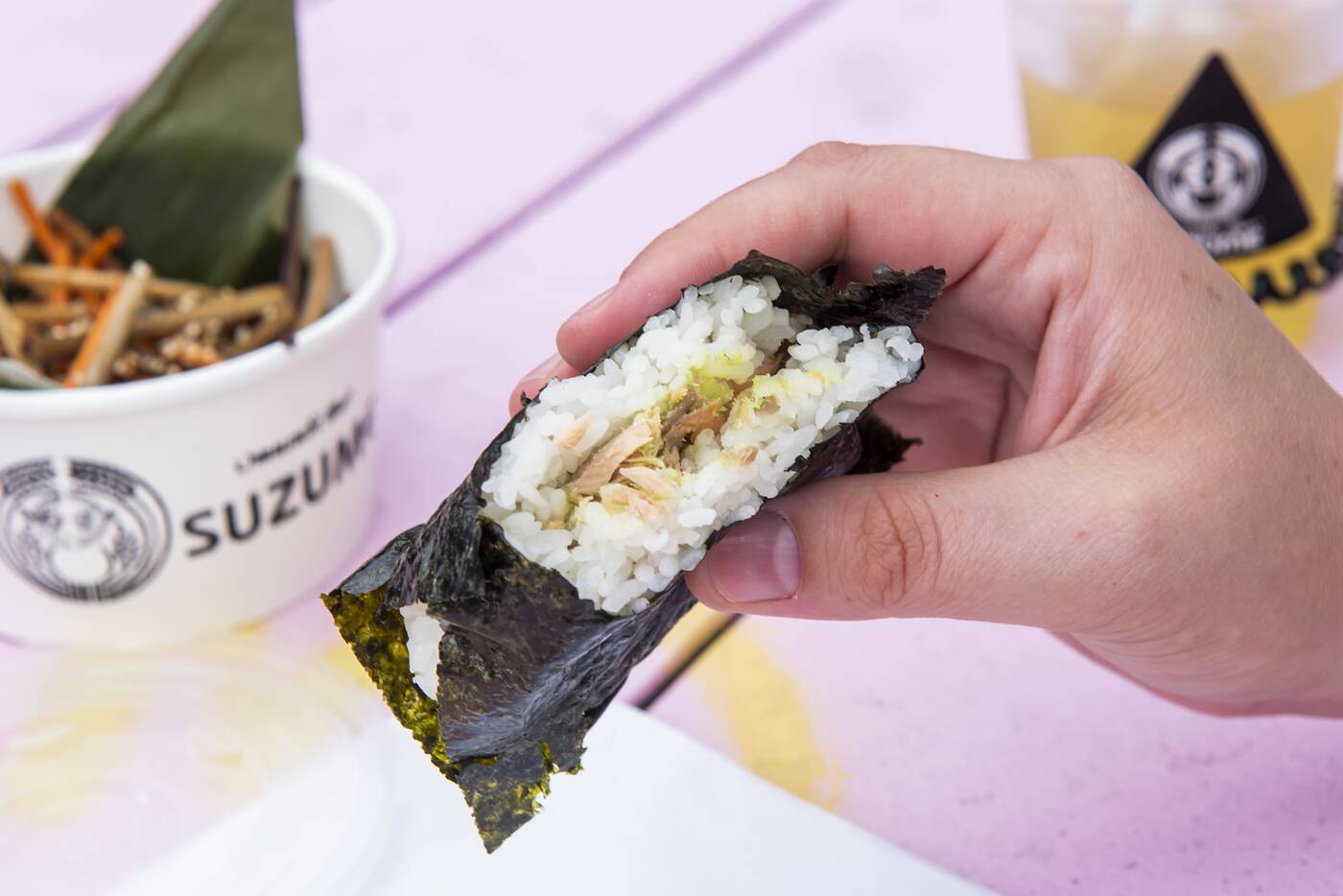 The seaweed is wrapped a little tighter around these, and I try a salmon wasabi variety, which tastes relatively mild with just a slight kick of wasabi. Take note that it's not raw salmon inside like a sushi burrito. 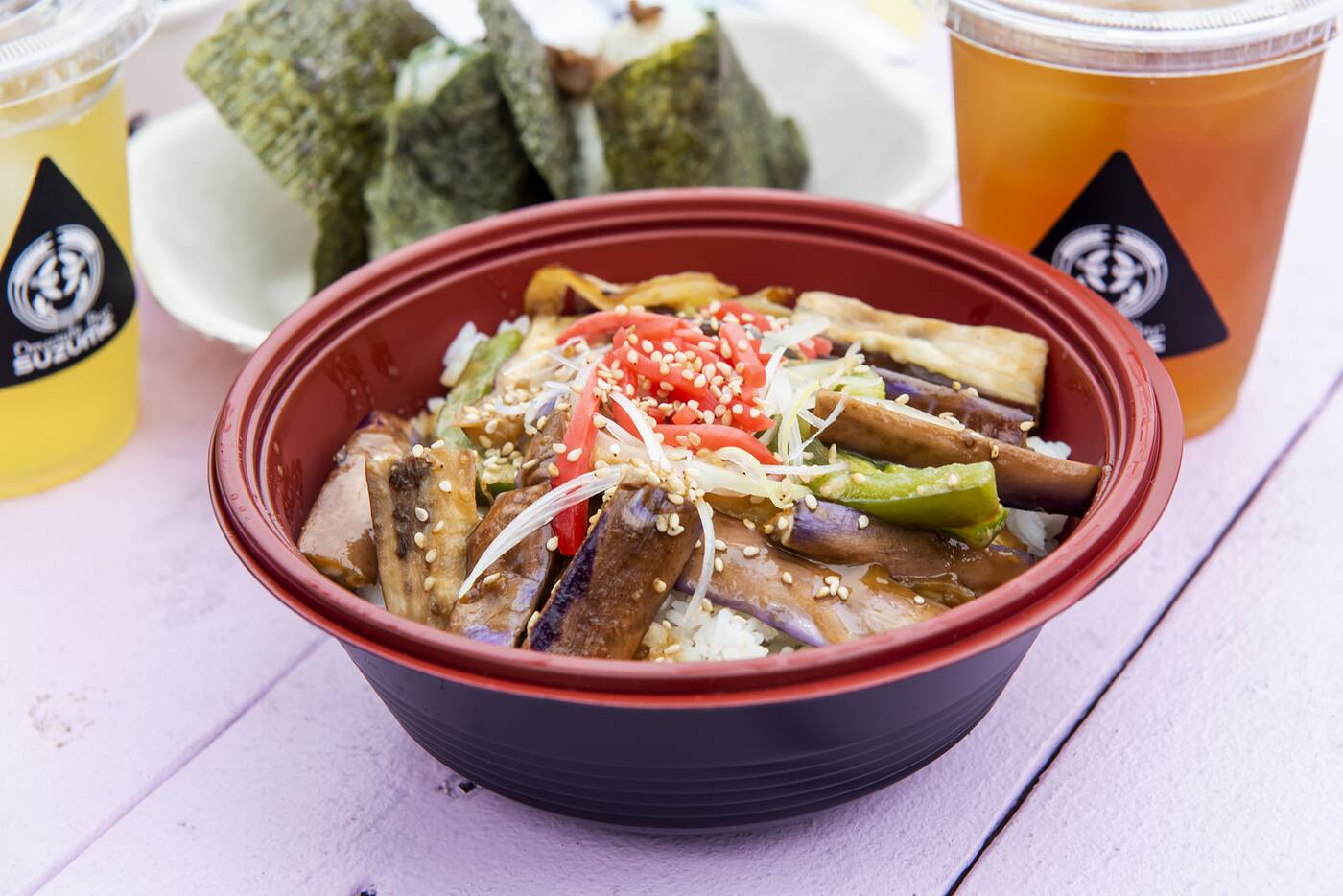 Miso eggplant don ($10) is one of a tight selection of donburi (rice bowls). Like most items here it's quite simple and mild in flavour, but feels wholesome and healthy. Ginger pork or chicken and egg are the other donburi options. 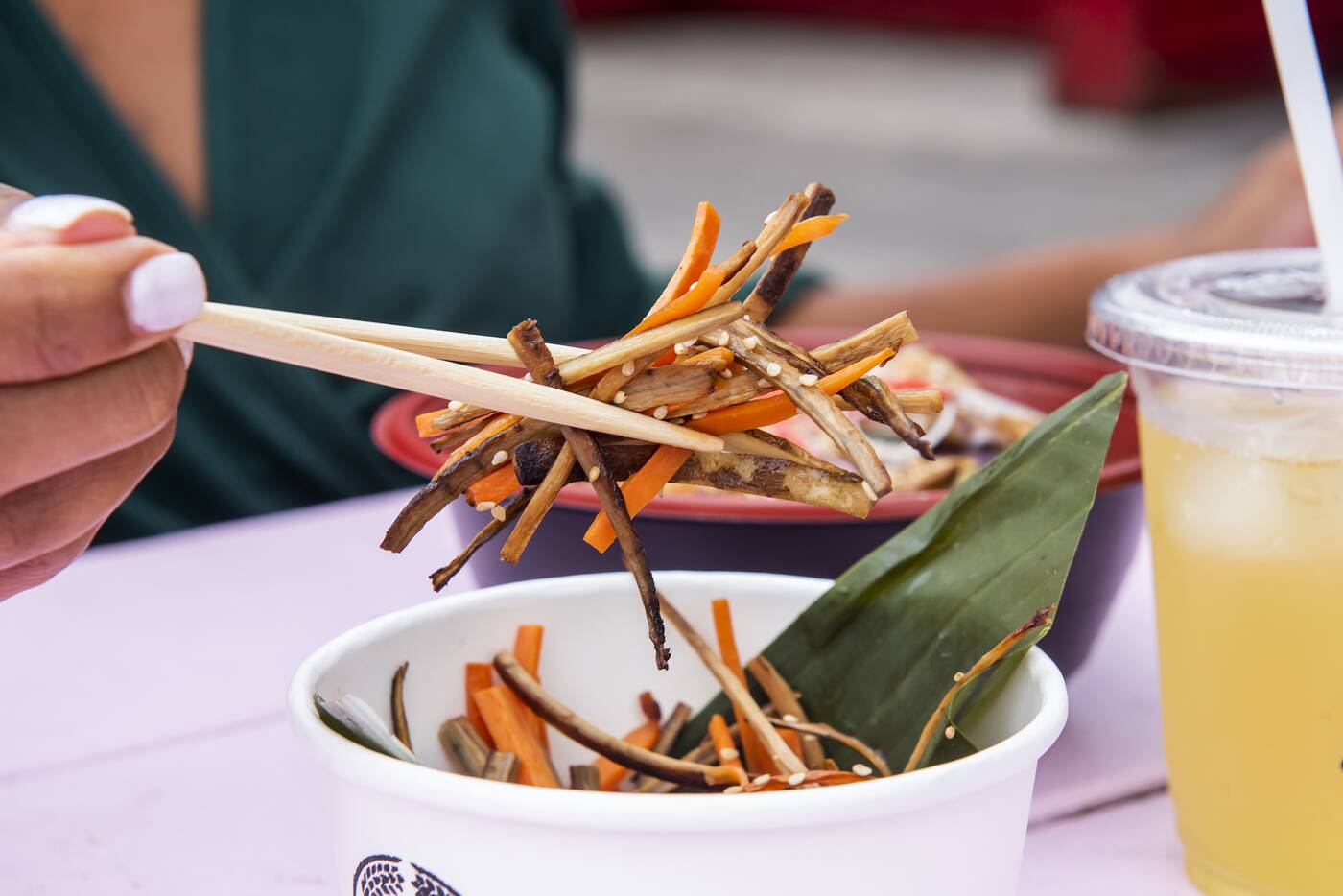 Sides ($8, $3.99 for a small side) include kinpira, actually named for a cooking style of sauteeing and simmering, quite typically represented here with sauteed burdock root and carrot with a little chili flake, soy and mirin, for a dish that's crunchy and slightly salty. 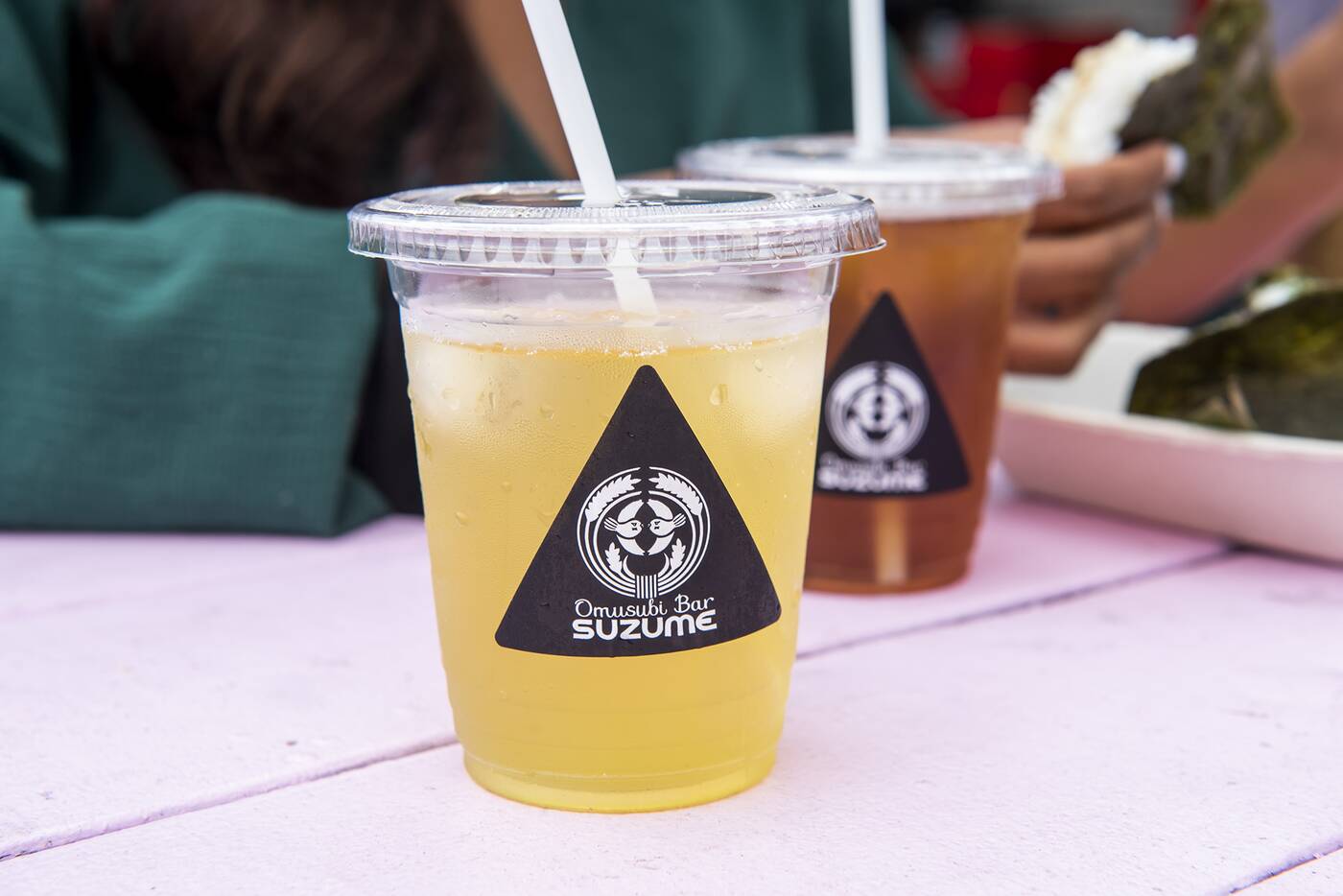 A selection of hot and iced teas are $2.50. There's a mugicha barley tea as well as a lighter-coloured matcha ryokucha with a grassy, slightly bitter flavour.

You can also pick up sauces and teas here. 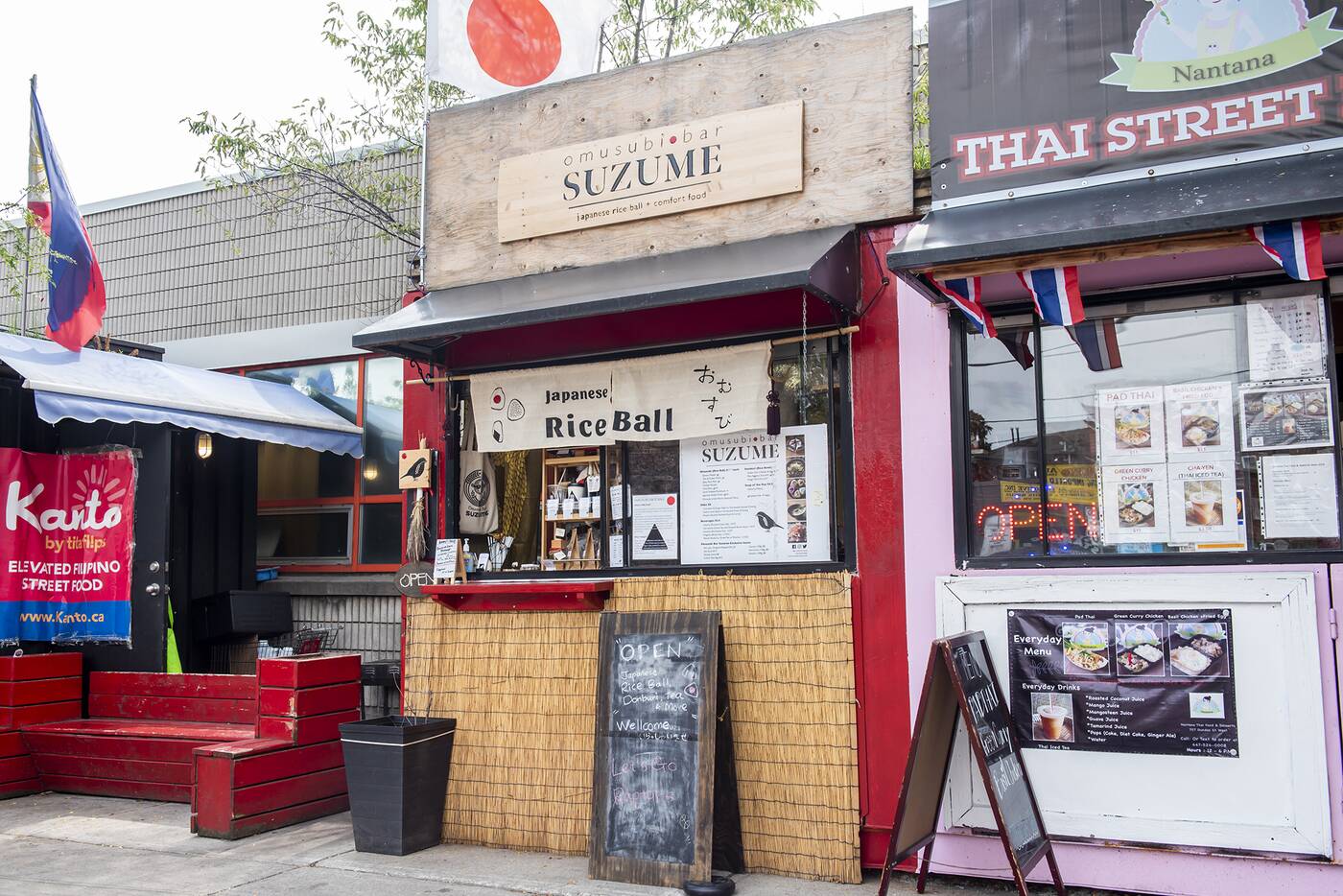