Narami is a Japanese restaurant that focuses exclusively on the art of hand rolls. 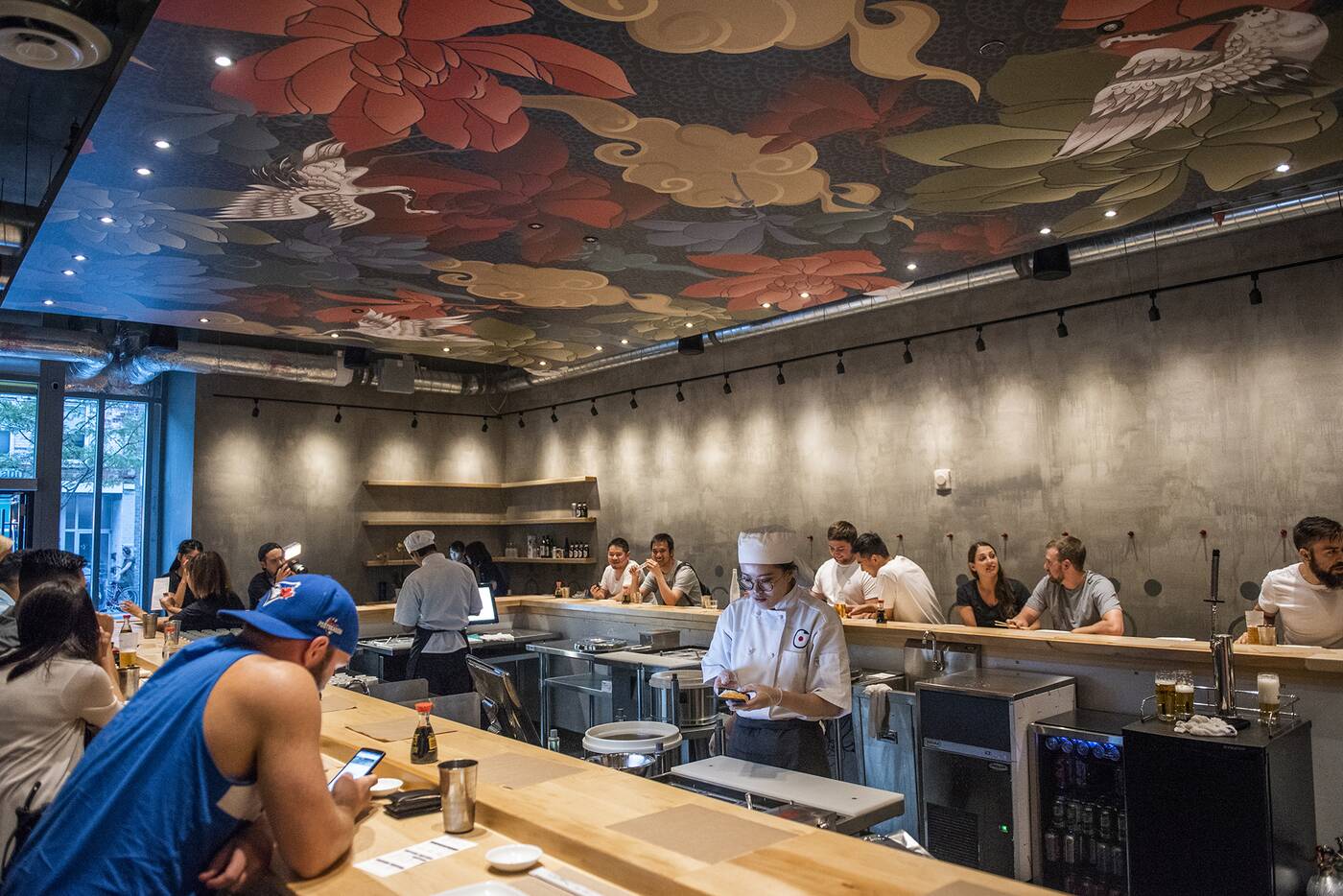 The hand roll bar is impressively simple. Essentially a high-ceilinged cement box, the restaurant is comprised solely of a square chef's bar and a beautiful floor-to-ceiling wallpaper of traditional Japanese art by Toronto-based firm Navigate Design. 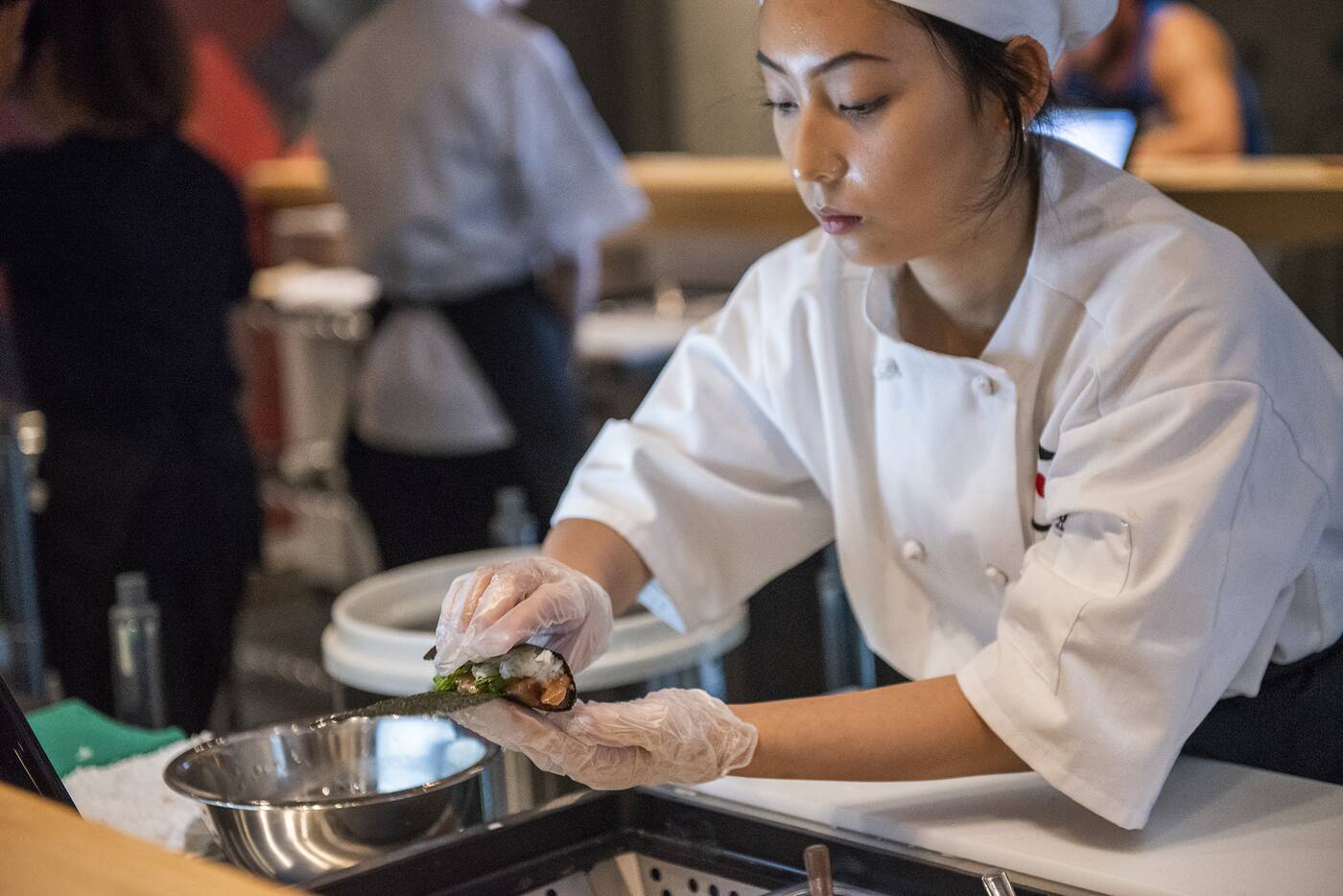 Owner Aiden Yang, an architecture grad, has achieved a good mix of traditional Japanese simplicity with a touch of North American influence. With a capacity of just 28, Narami has a sense of openness and intimacy all at once. 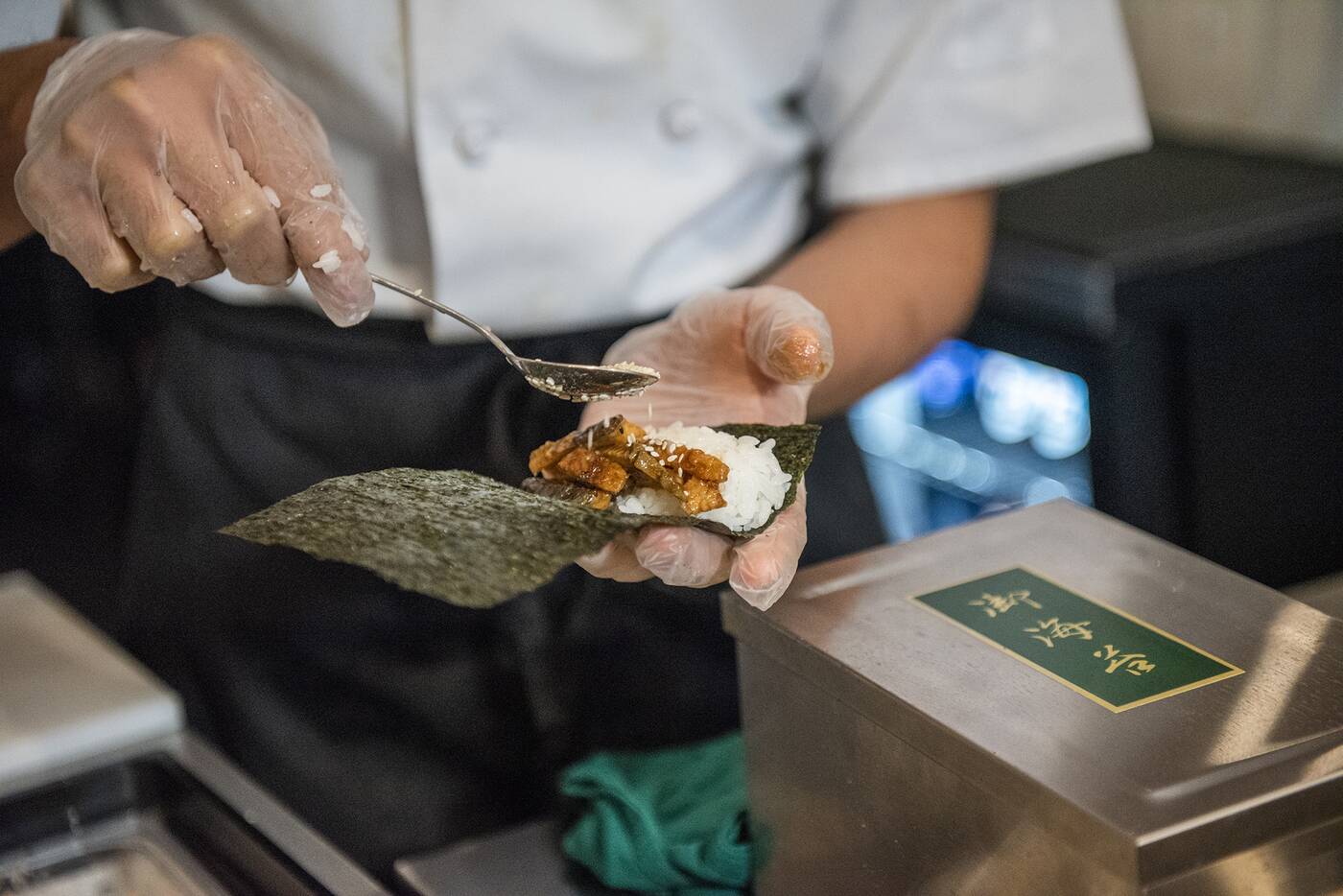 It's mostly hip-hop playing at Narami, and though the restaurant eschews Japan's archaic rule of no female chefs, it stays true to form by focusing on hand rolls — which are served one at a time — made to the utmost quality. 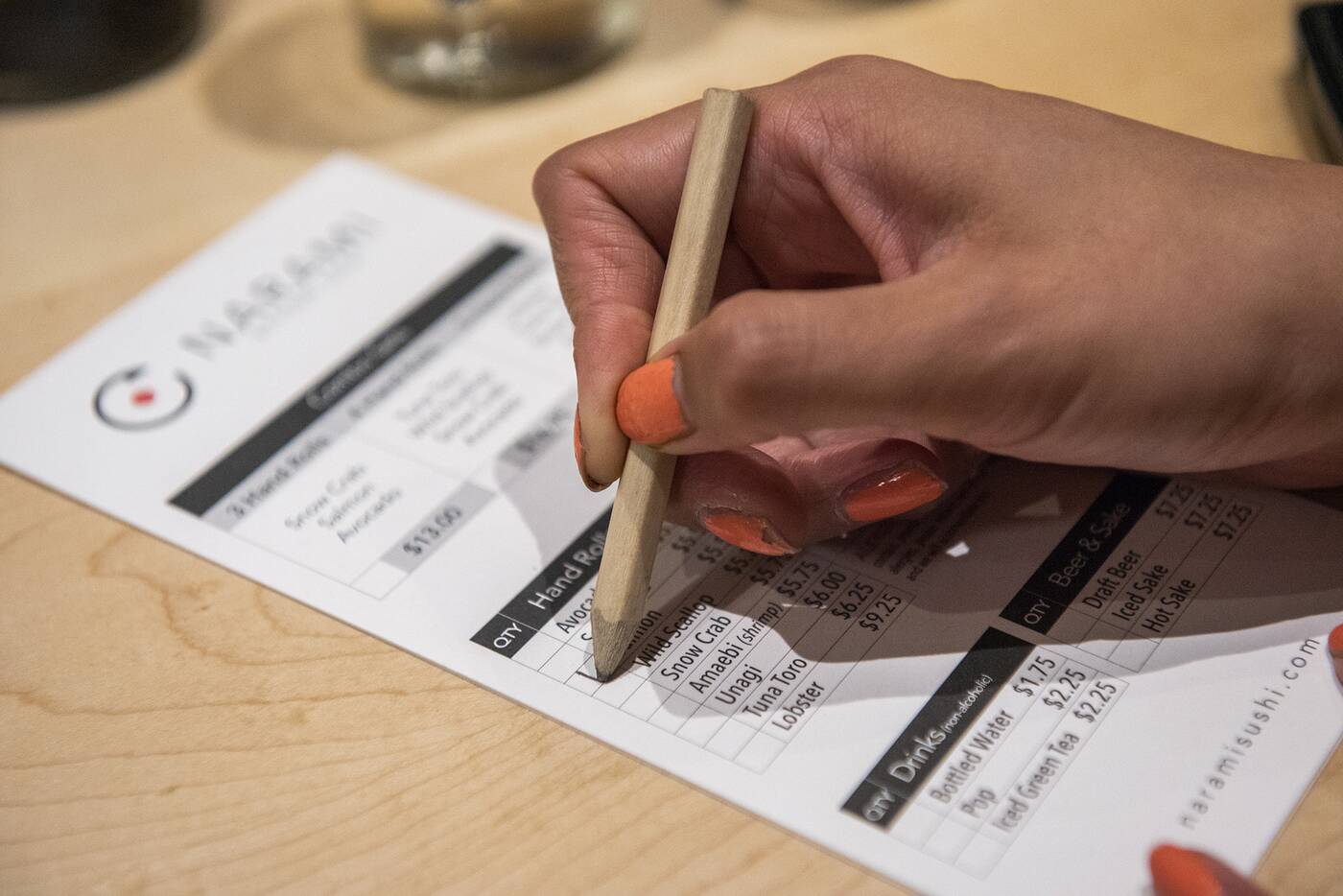 The general rule here is that hand rolls should be eaten within sixty seconds of being placed in front you. Though it's not law per se, you'll be advised that eating rolls ASAP guarantees the best flavour. 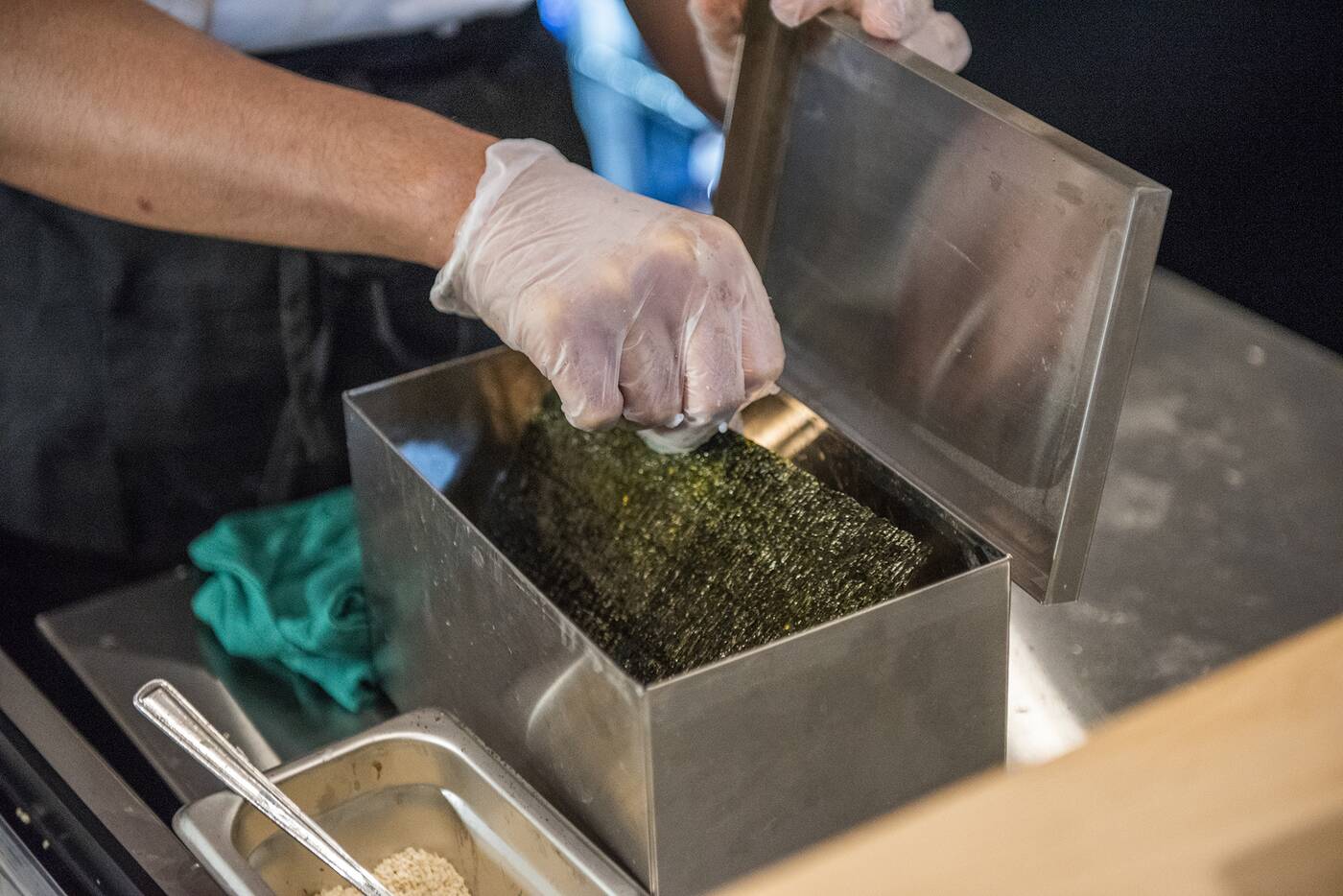 Narami's seaweed, which is imported from Japan, is kept warm in a special box that holds between 15 to 20 pieces at a time. According to chefs, the moment the sushi rice touches the seaweed, a one-minute countdown begins until the seaweed becomes soggy. 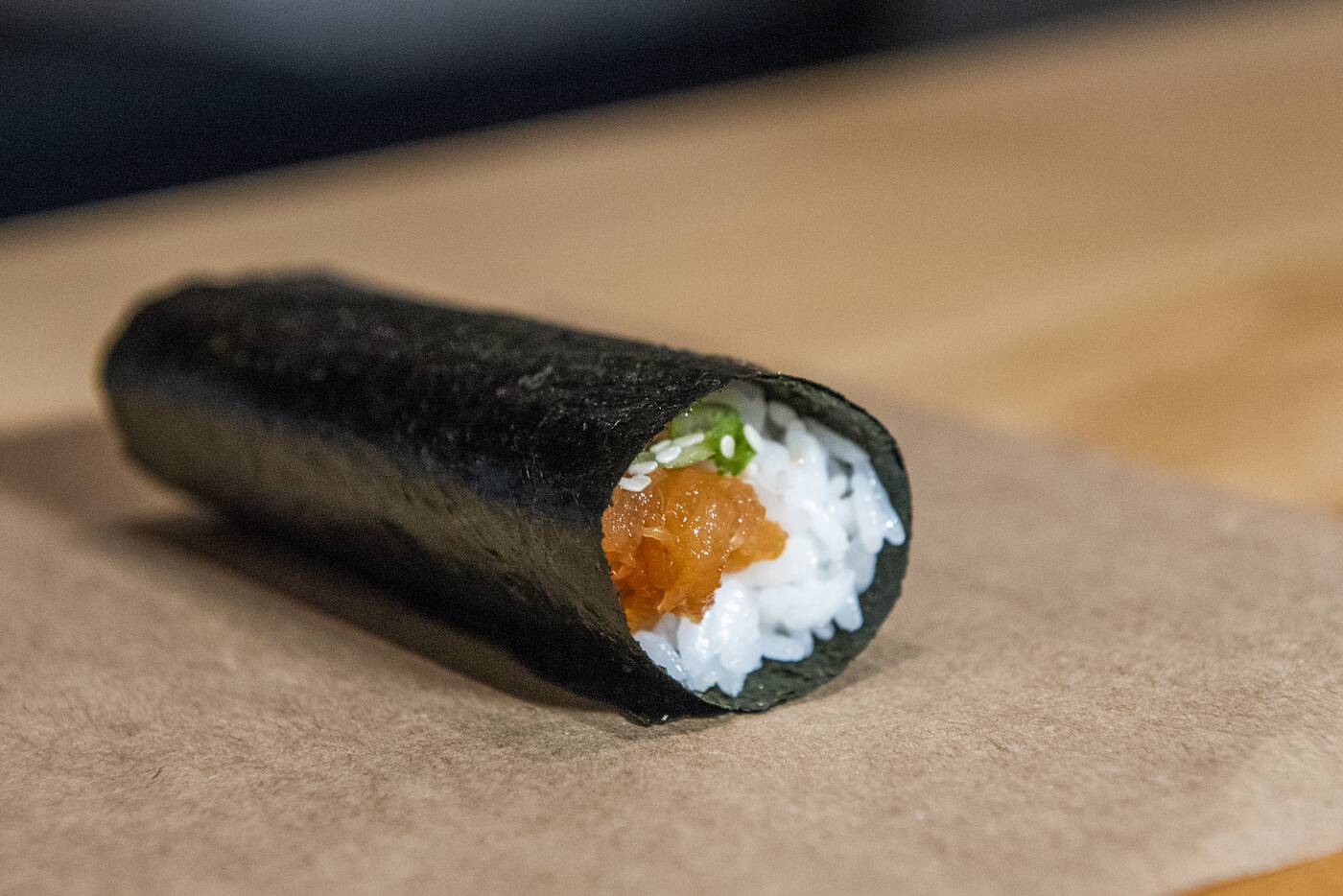 The term 'soggy' might be an overstatement (all the rolls still tasted pretty delicious after the one minute mark) but the thrill of ingesting your order in record time is really what makes Narami most unique. 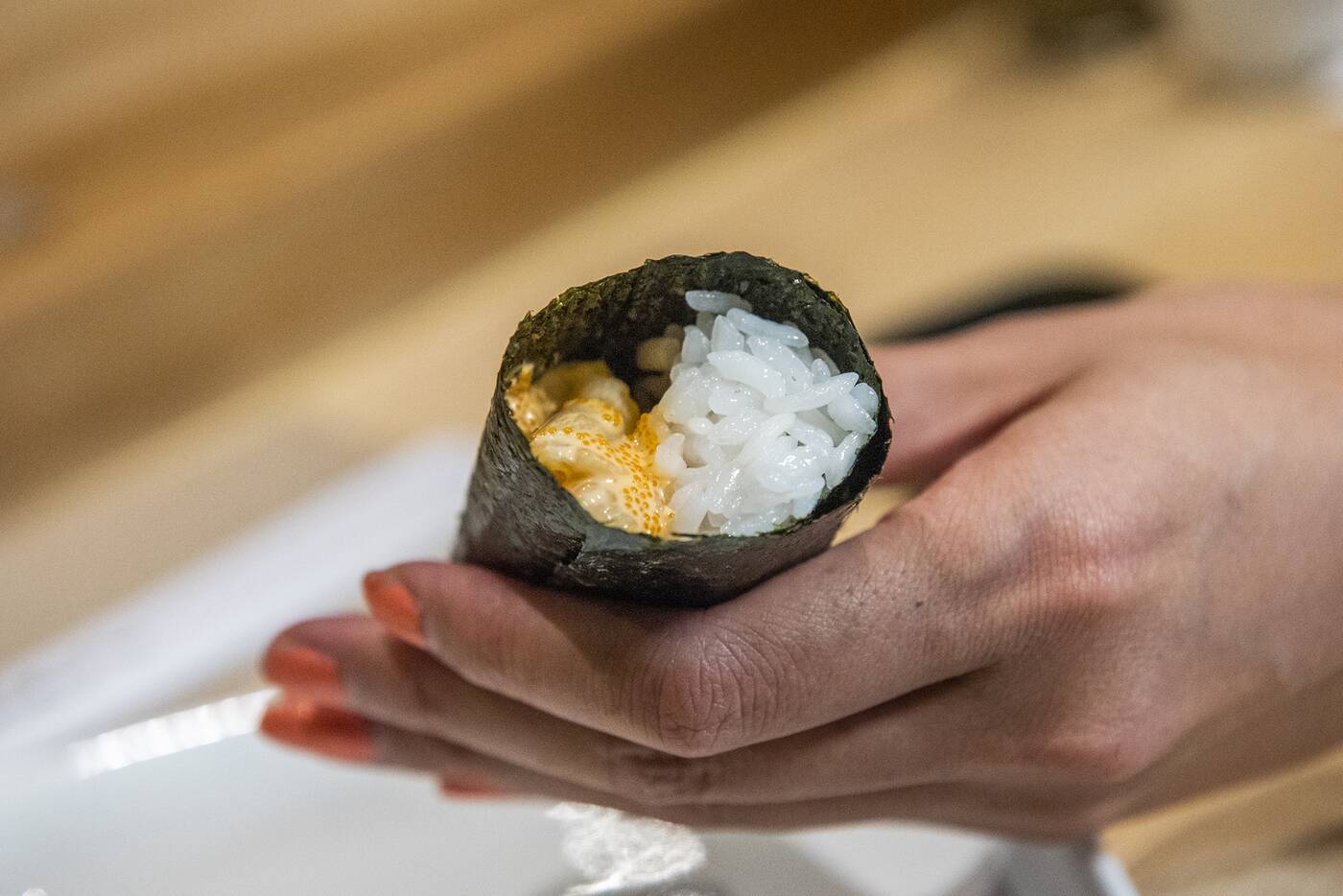 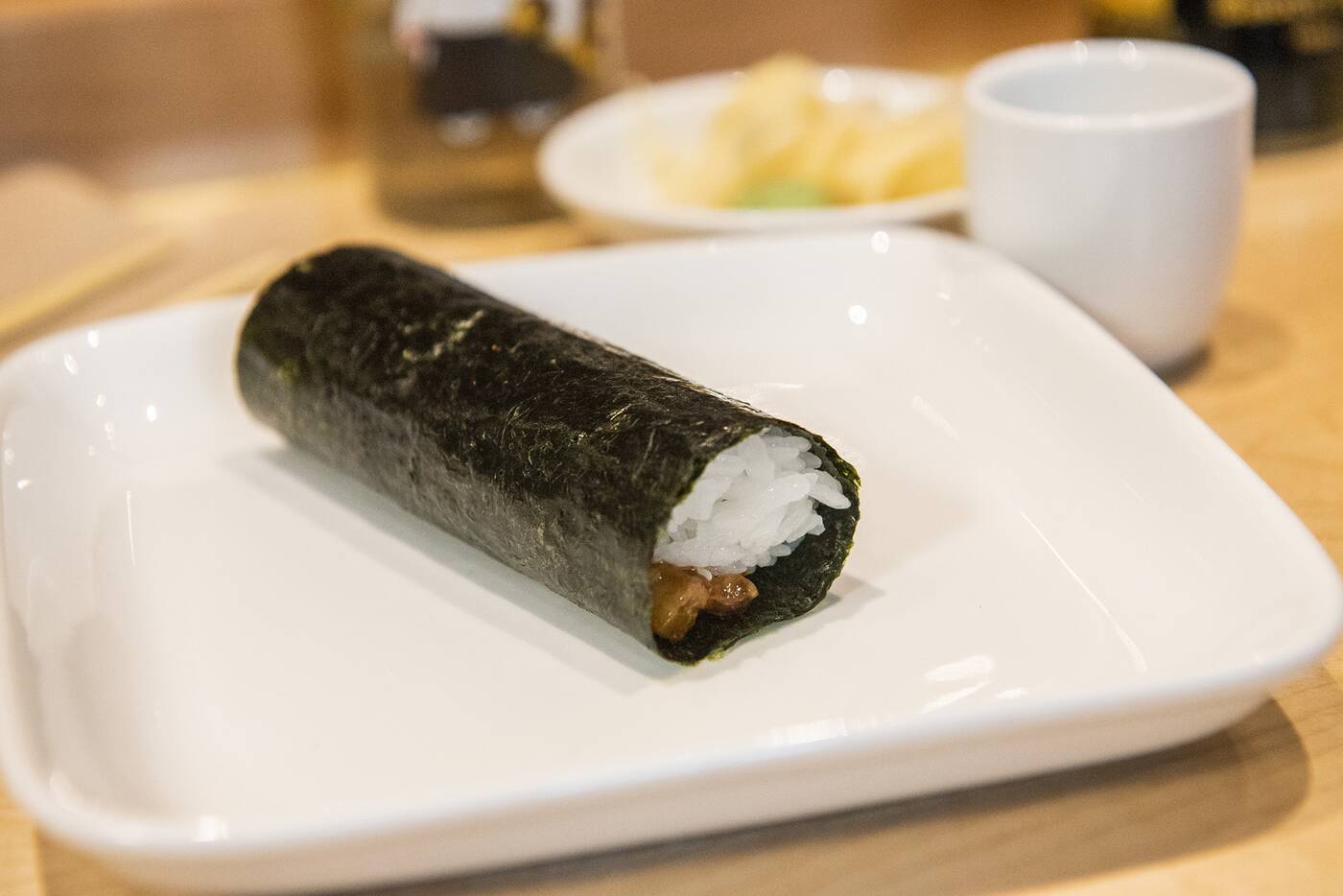 These will also be served one-by-one, so ultimately the only thing differentiating this order and individuals rolls are the cheaper combo prices. 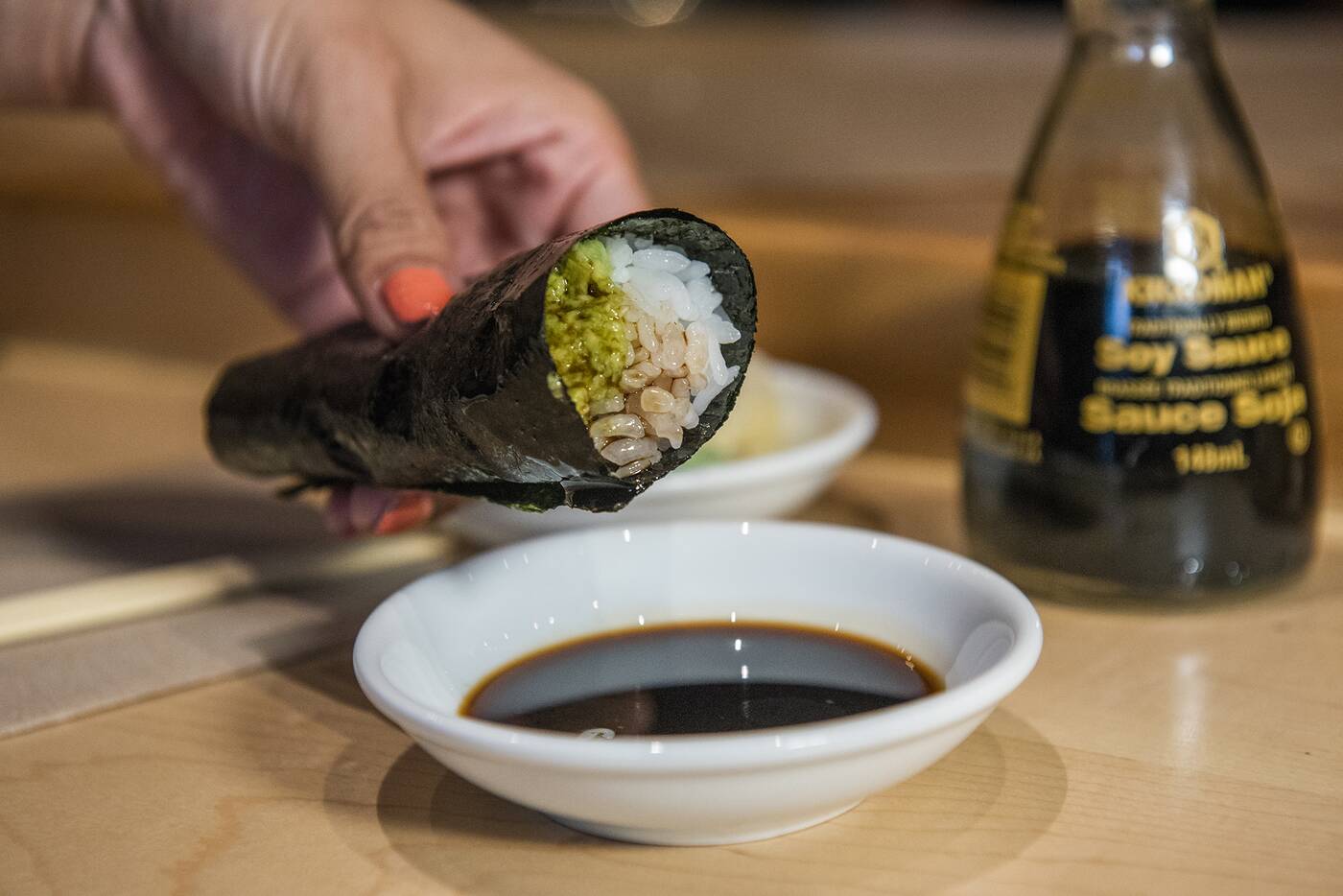 Using mostly Canadian seafood, the rolls here don't fall short of expectation. Unlike many omakases, there are no rules regarding the use of soy sauce here, though you might find you don't need the extra saltiness with bites this good. 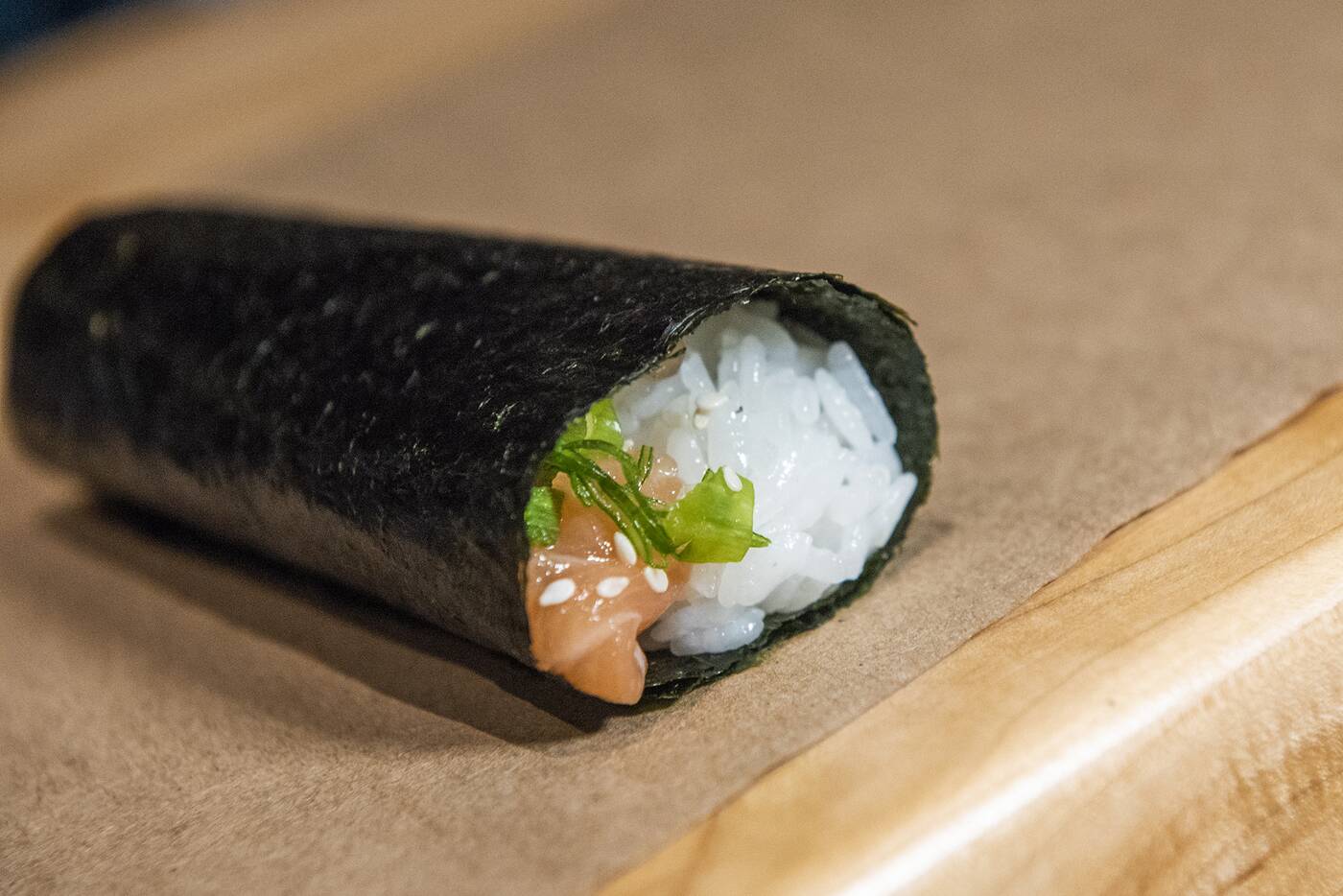 The B.C. salmon roll ($5.50) is absolutely delicious, with a strong presence of green onion boosting the flavours here. 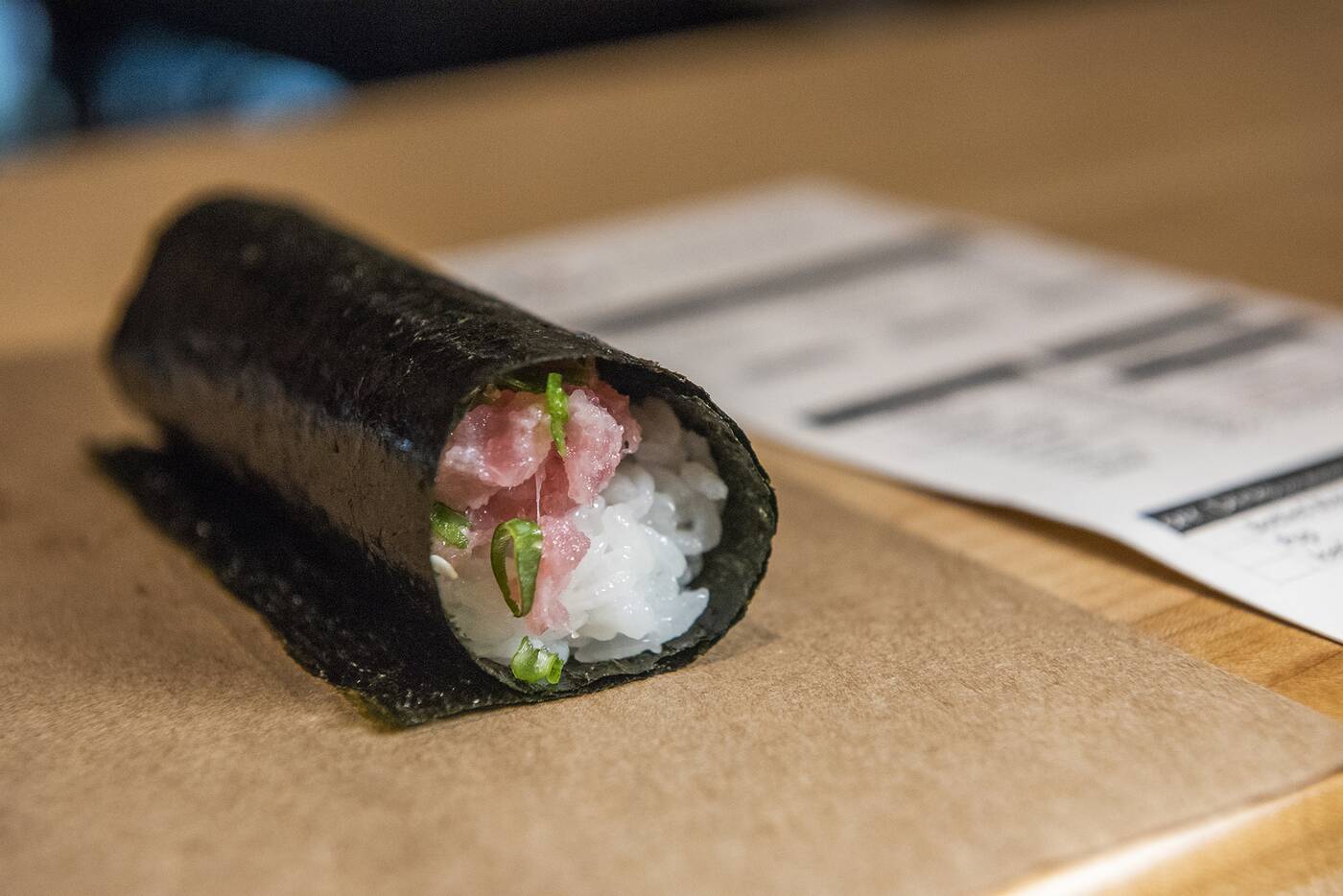 Tuna toro ($6.25) — which is the fatty part of blue fin tuna — is imported from Japan weekly and is considered another favourite, packing tons of refined flavour in an exceptionally simple roll. 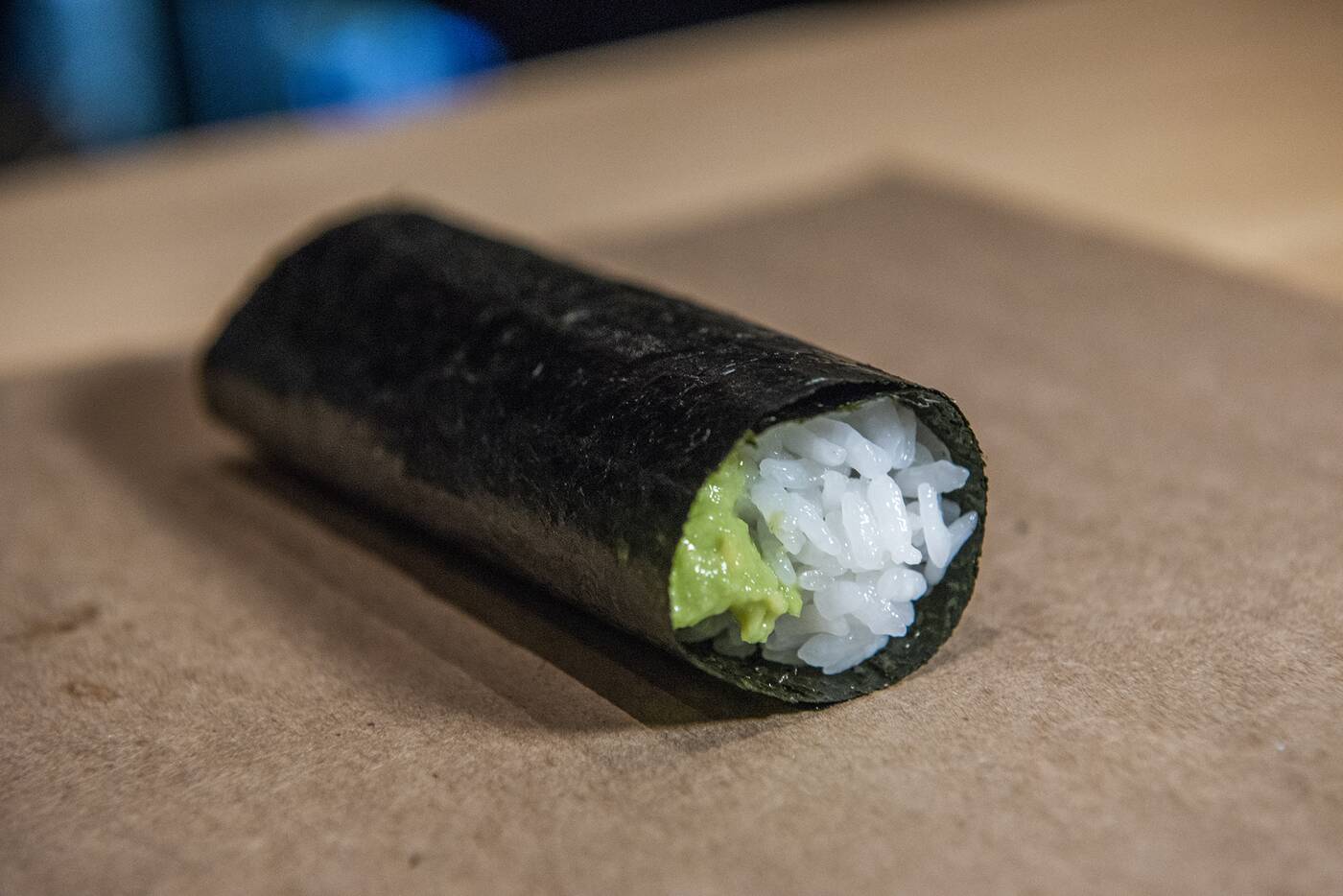 The avocado roll ($5.25) is surprisingly fantastic. Mixed with honey, lemon, and wasabi, I highly recommend giving it a try: there's nothing bland about this traditionally uber-creamy veggie rolled up. 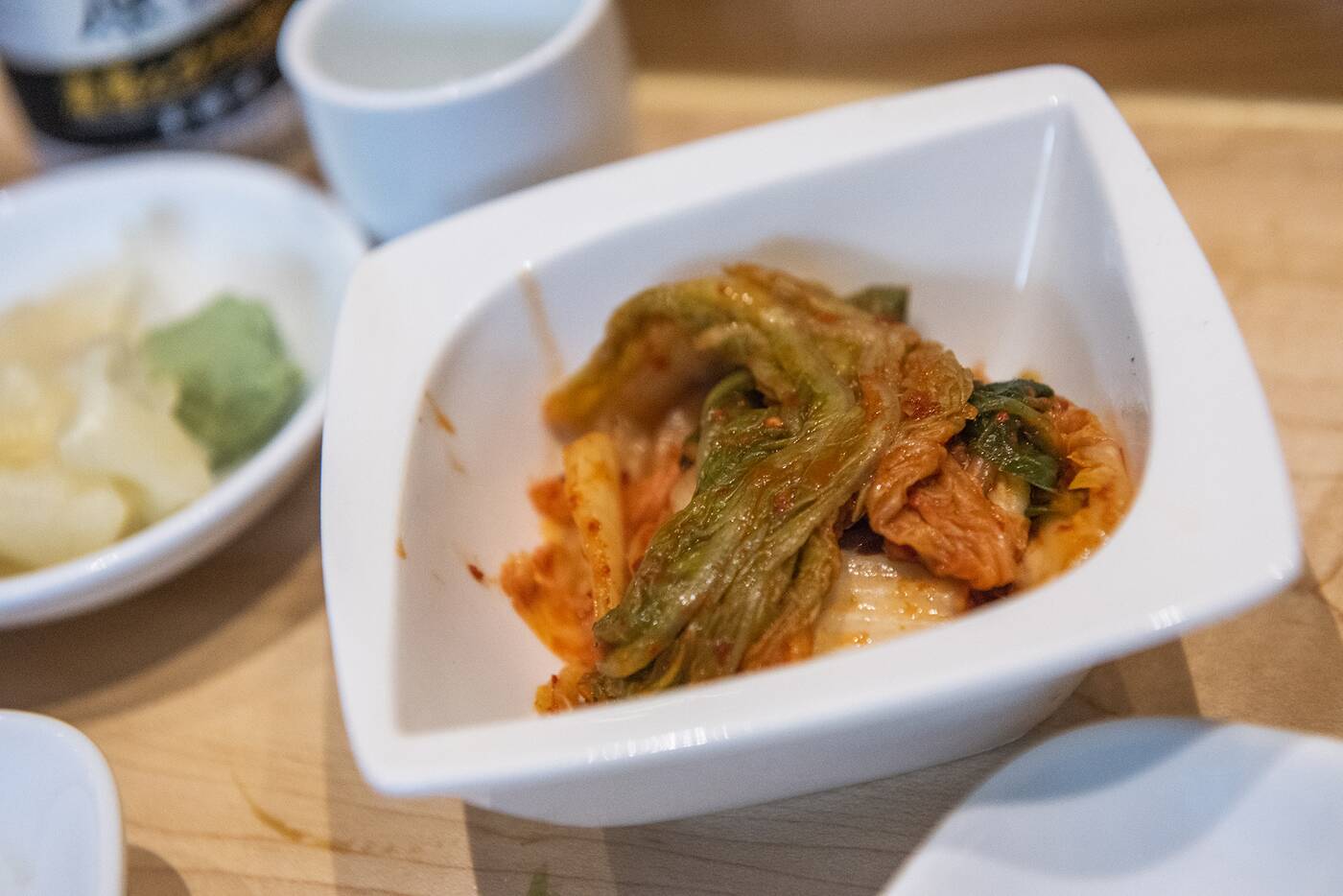 The appetizer list is super tiny, consisting of a trio of miso soup, seaweed and kimchi (to pair with sake). 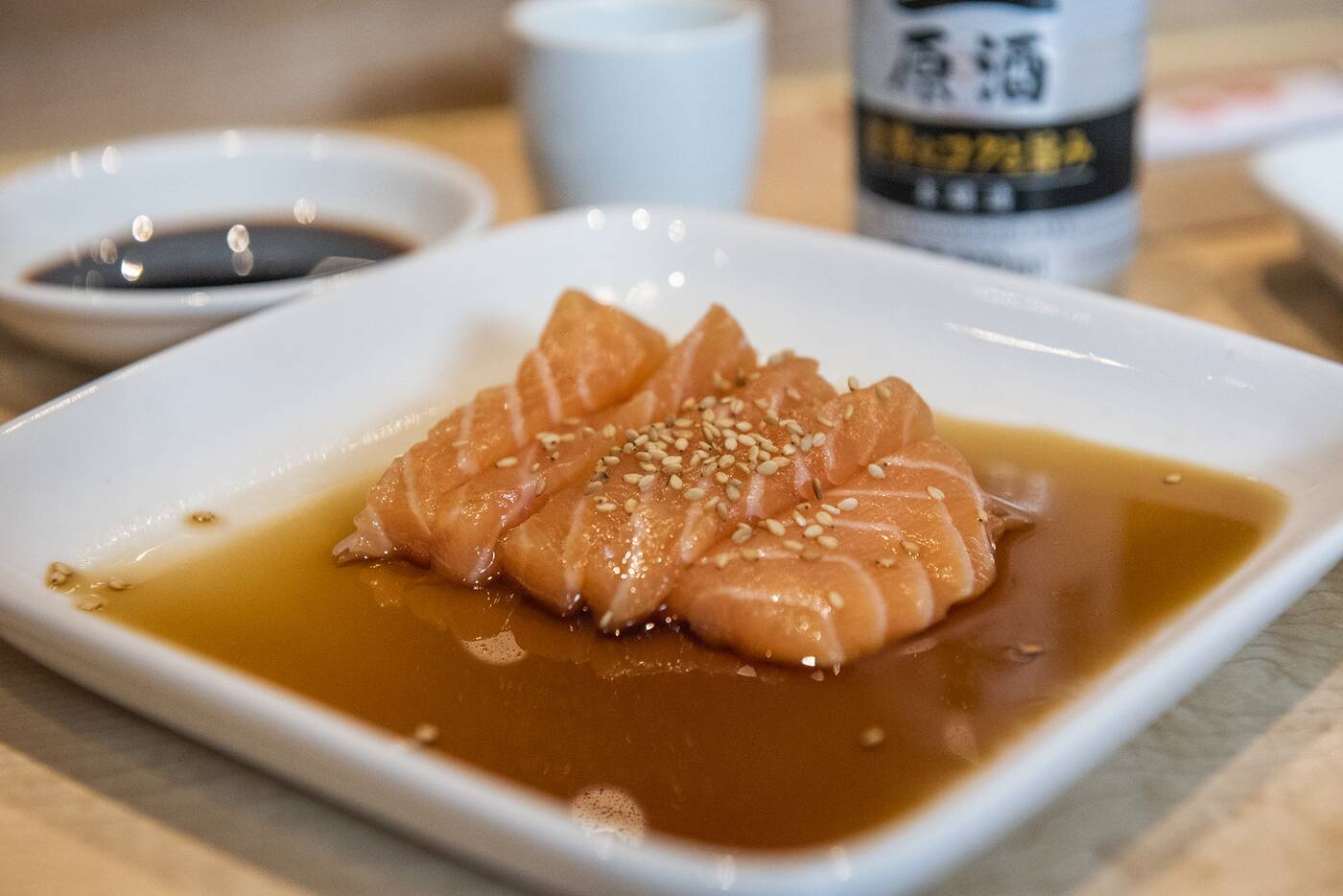 The only other dish here is an order of salmon sashimi which comes in five slices for $8.75. 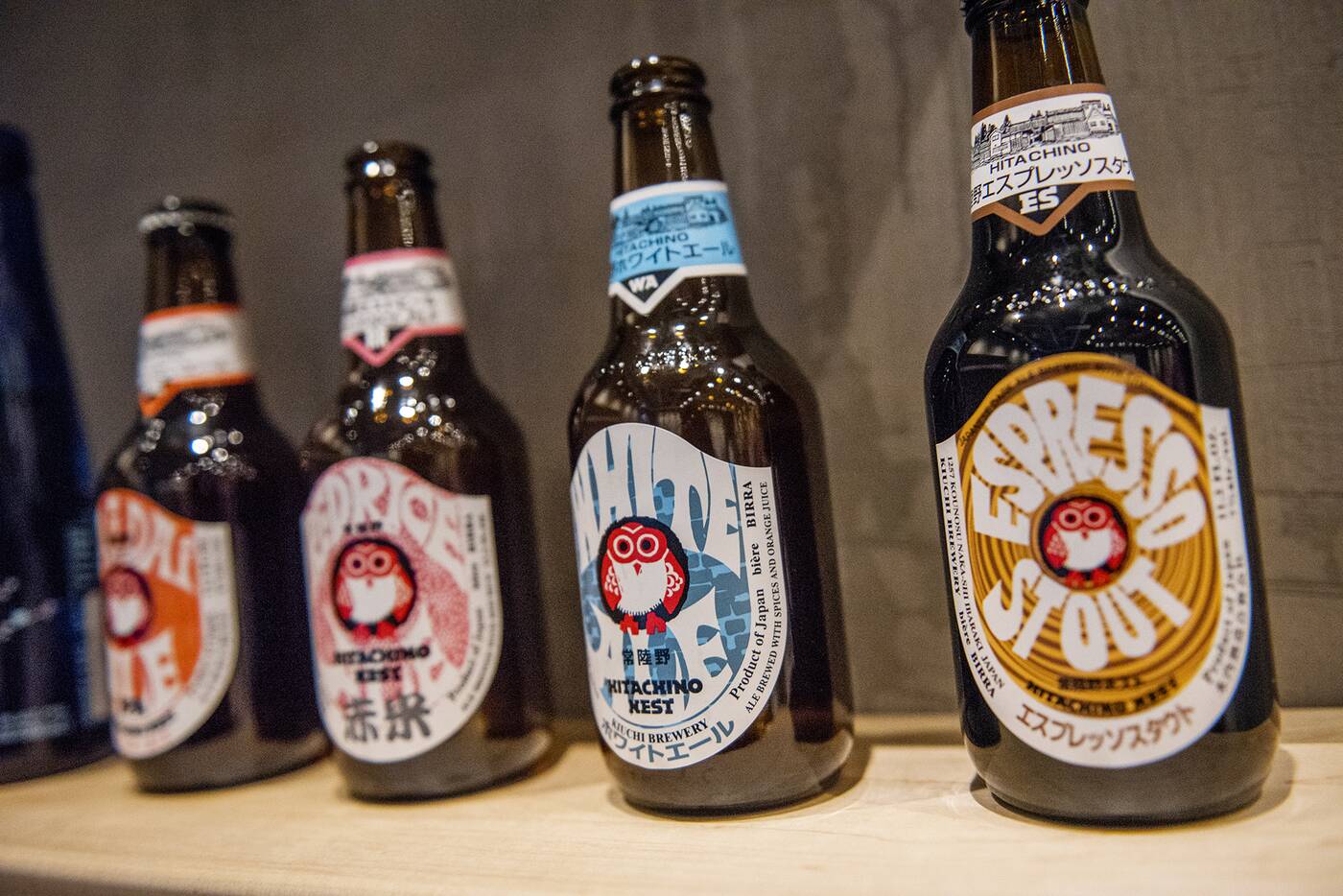 As for the alcohol options, that's another fun menu of its own. There's Sapporo on tap ($7.50 for a glass) along with four other exciting Japanese craft brews in bottles from Hitachino Nest Beer, including their White Ale ($9.50) and Espresso Stout ($10.50). 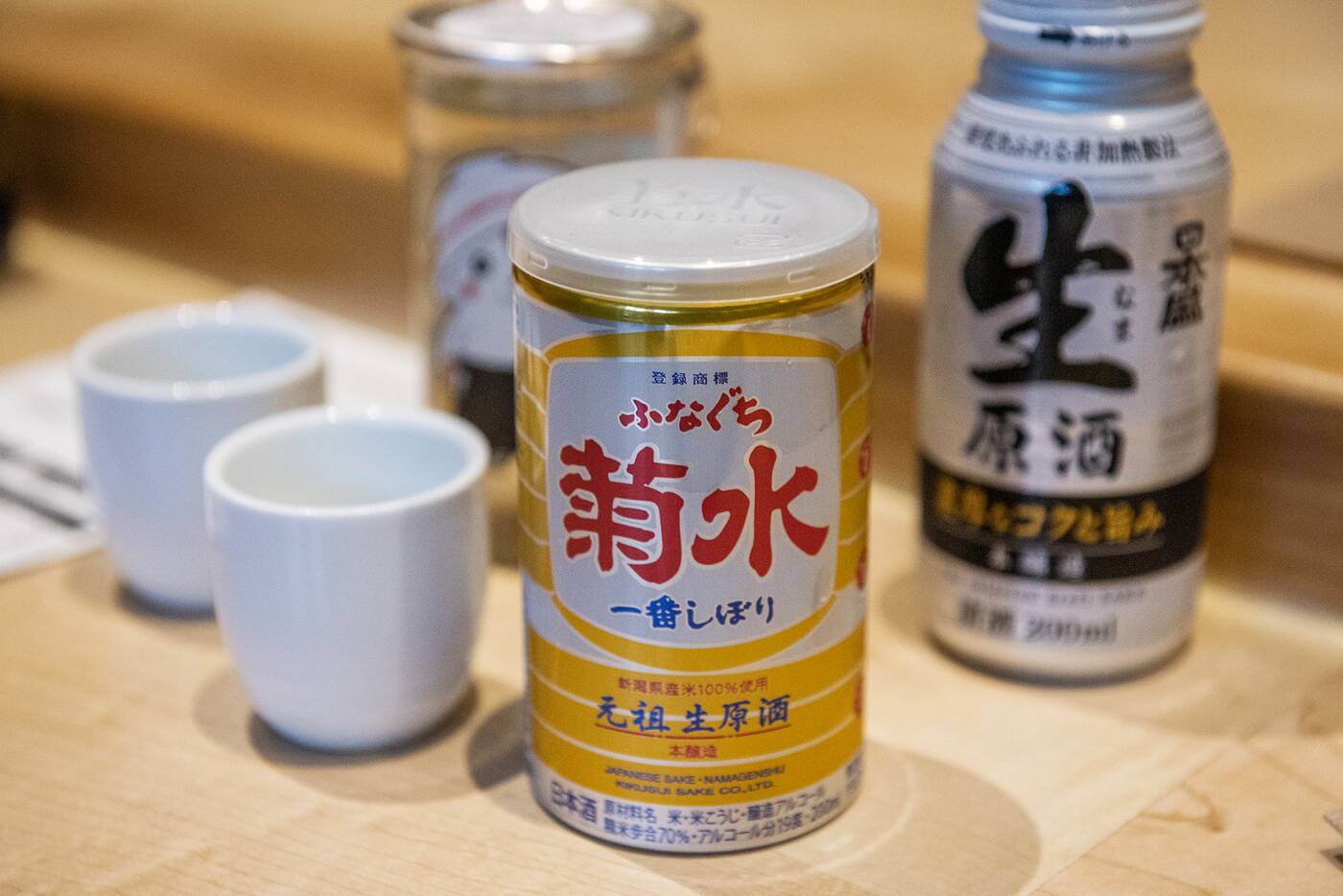 In terms of sake, there's no shortage of rice wine to choose from here. There's traditional orders like the pricey Demon Slayer, a super smooth, sweet sake that's $51.50 for 237 mL. 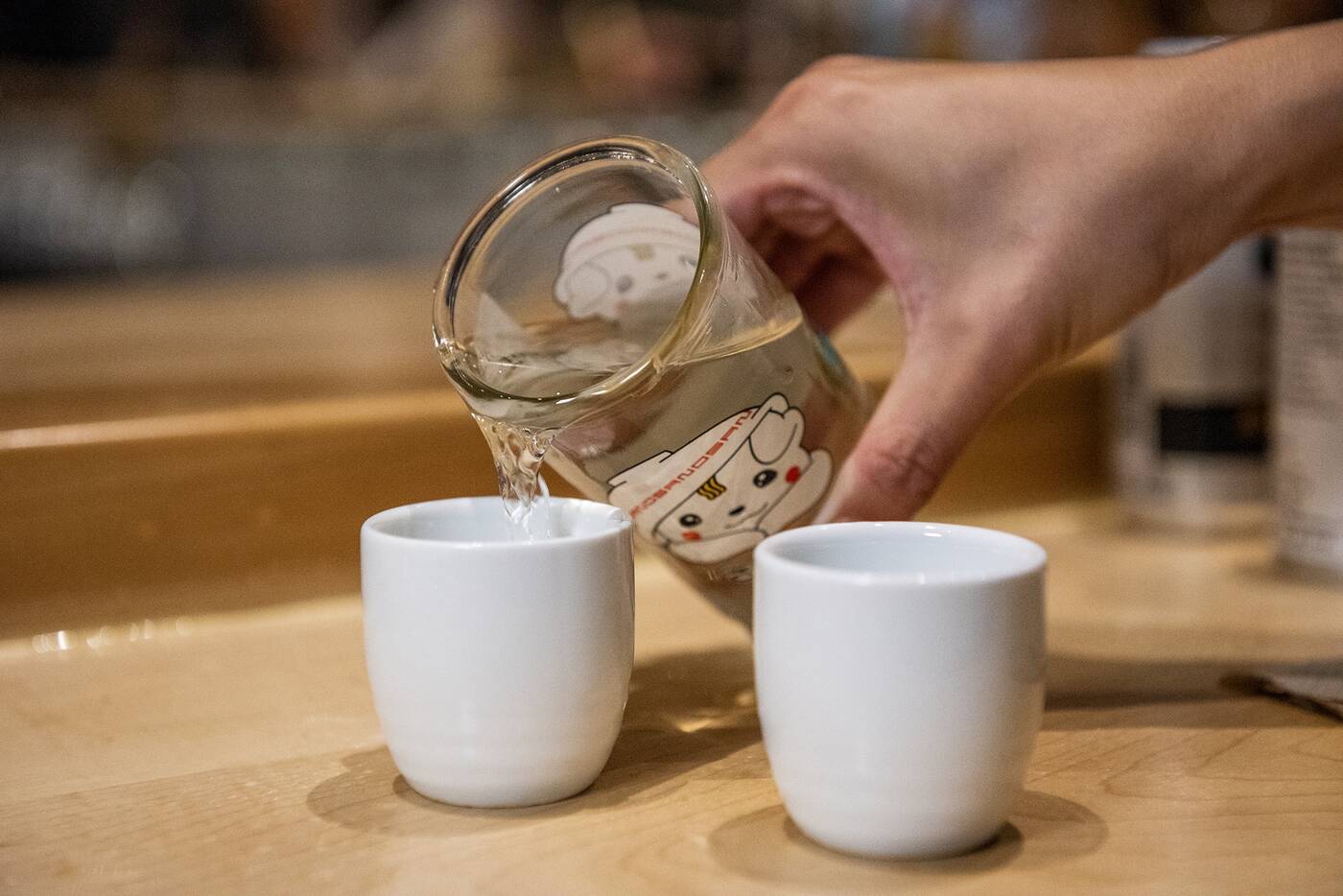 But for something unique, I recommend the sake cups, which come in cans with peelable tuna can lids. There's tw0 options here, the Daruma and the Sanomaru (both $19.50), made outrageously kawaii with cartoon figures on the cups.

Don't underestimate the ability of these handrolls to sufficiently fill you up. On top of being a totally one-of-a-kind experience, a visit to Narami is good enough for pre-entrée snack. If you order enough it could even pass for dinner. 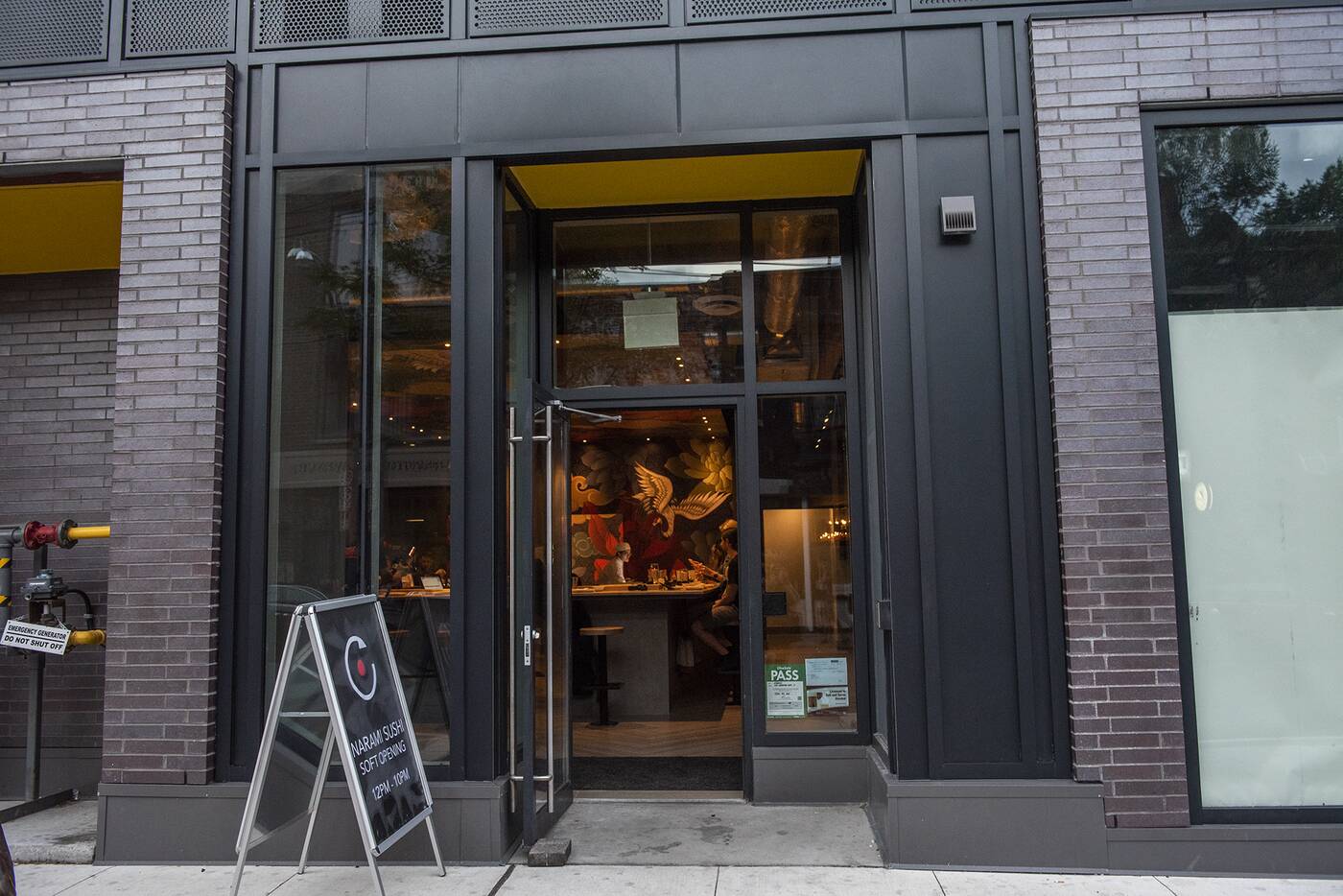