Naan & Chai is currently open but their offerings and services may be affected due to the pandemic. Please contact the business directly for more information about any changes. Is this your business? Please contact us if you would like to update this message.

Savoury naan are stuffed with either traditional or more fusion-style fillings, and there are also sweet stuffed naan. In addition, the menu is filled out with starters, classic mains and grilled items. 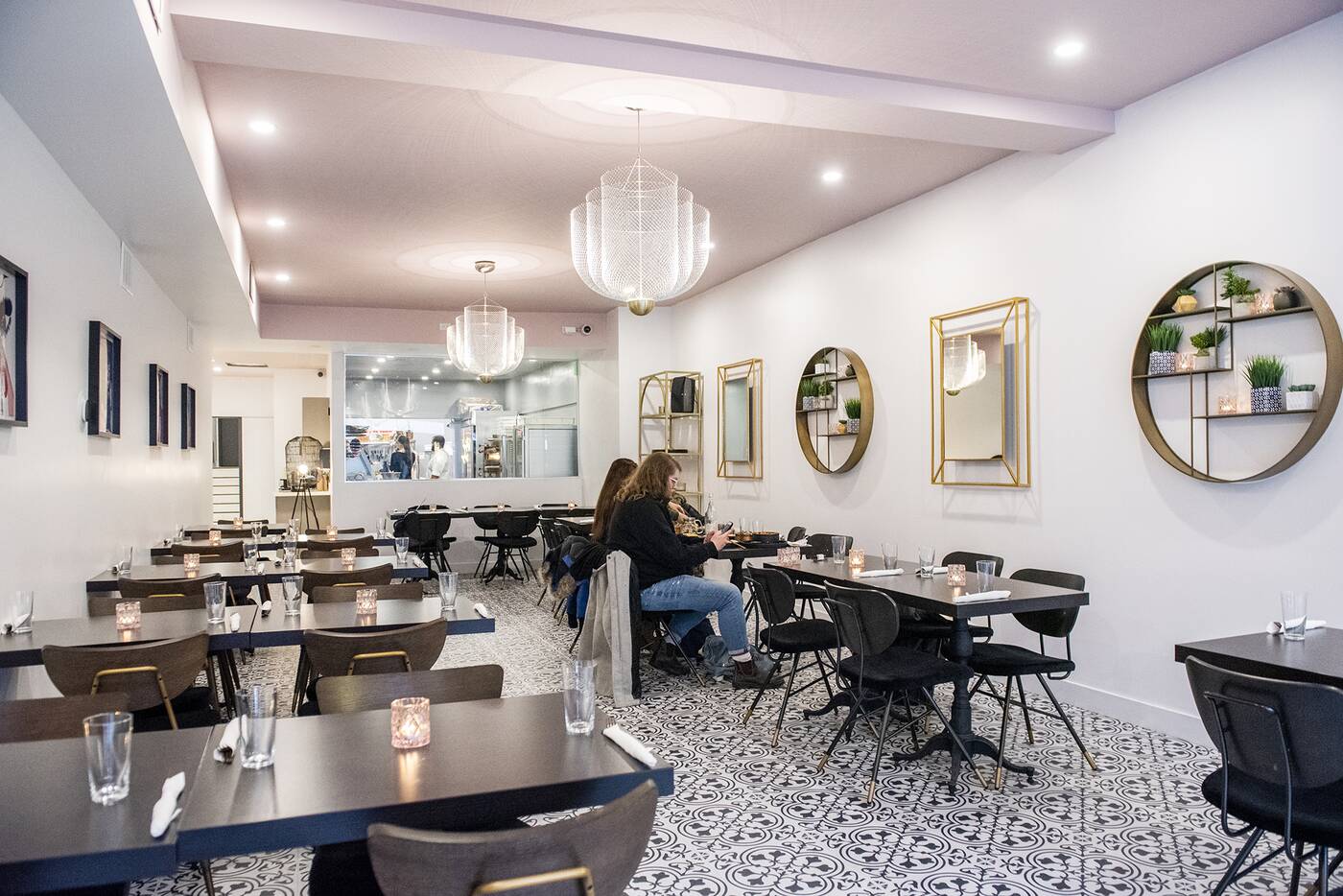 The former TOMA Burger was demolished and totally rebuilt to create this subtle, elegant space with a huge window offering a behind-the-scenes view of the kitchen. 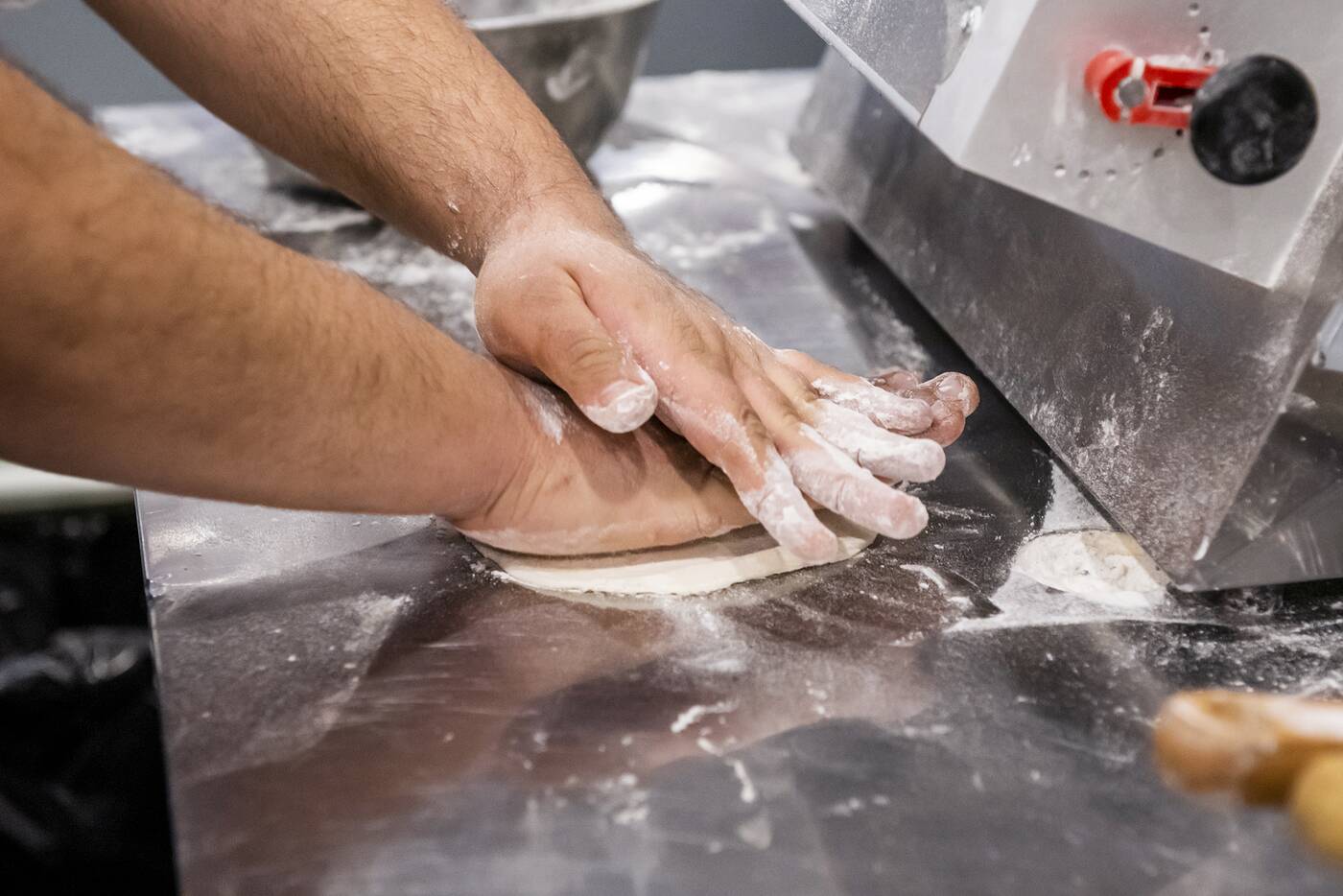 This is where naan is made from scratch, although it's cooked in a Nella Forni pizza-type oven rather than a tandoor, resulting in a texture that's more pillowy like a pizza crust rather than bubbly like a flatbread. 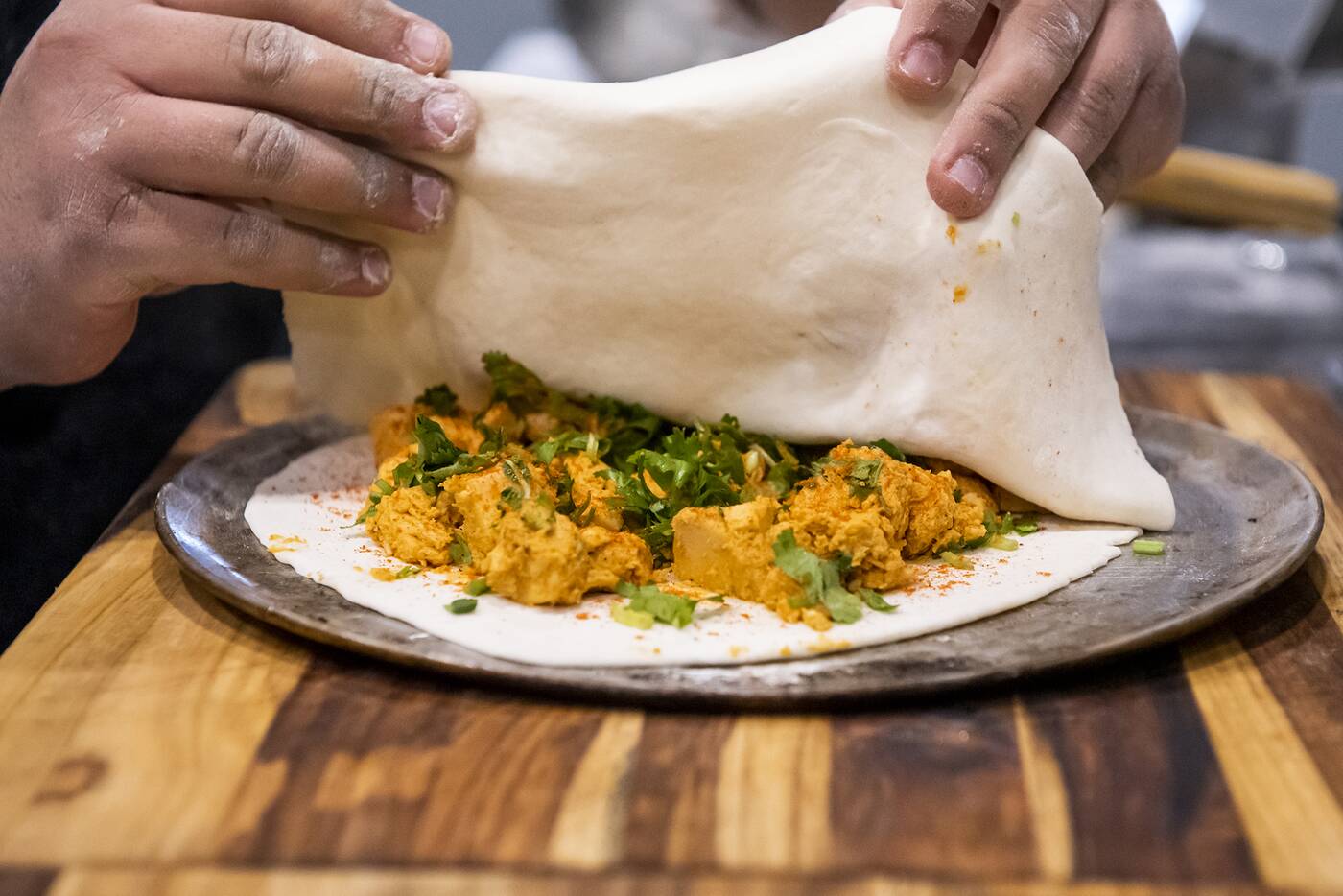 Stuffed naan are created by layering various ingredients between two raw naan flatbreads, then baking in the oven. 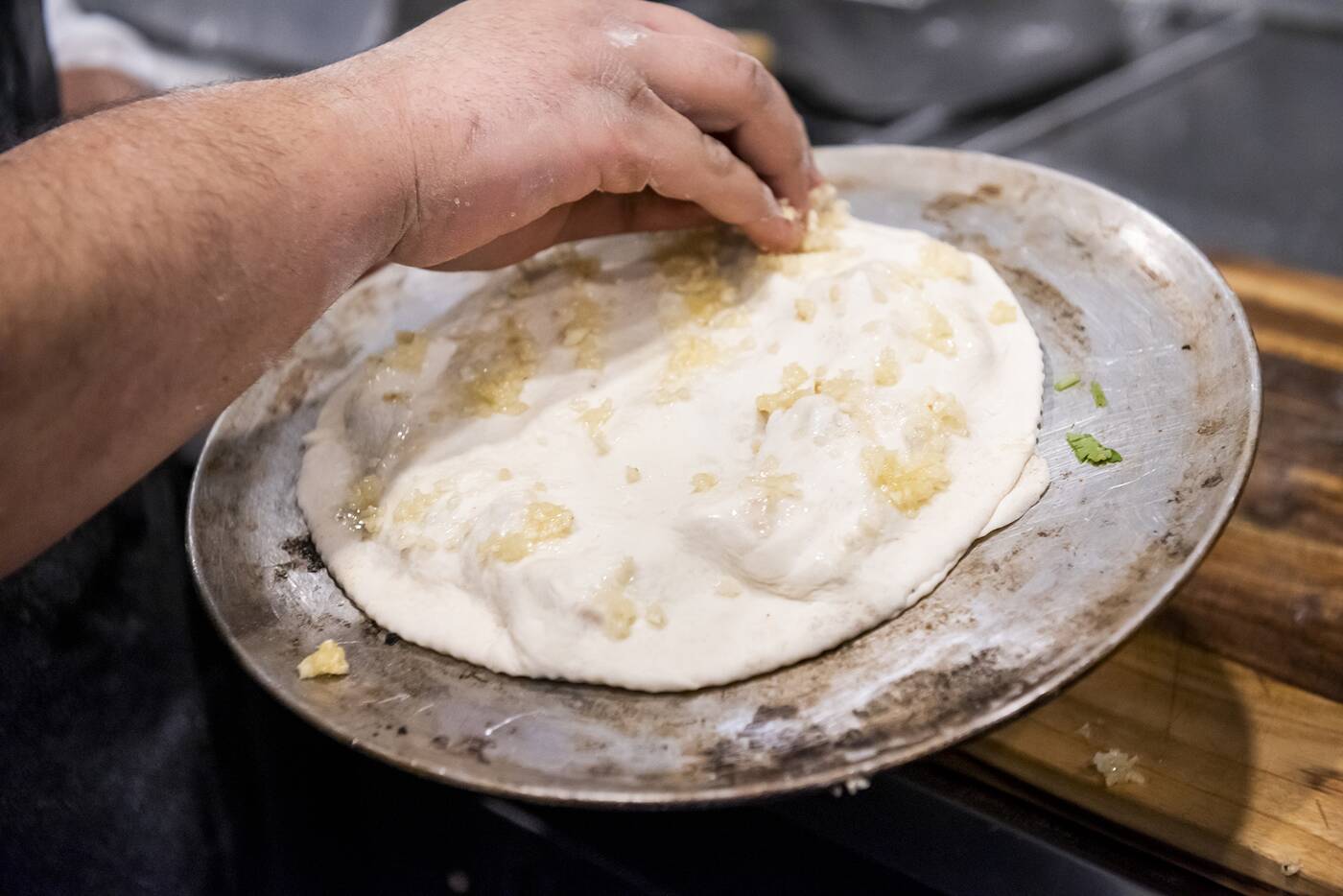 Some stuffed naan get various toppings like garlic, sesame seeds and herbs. 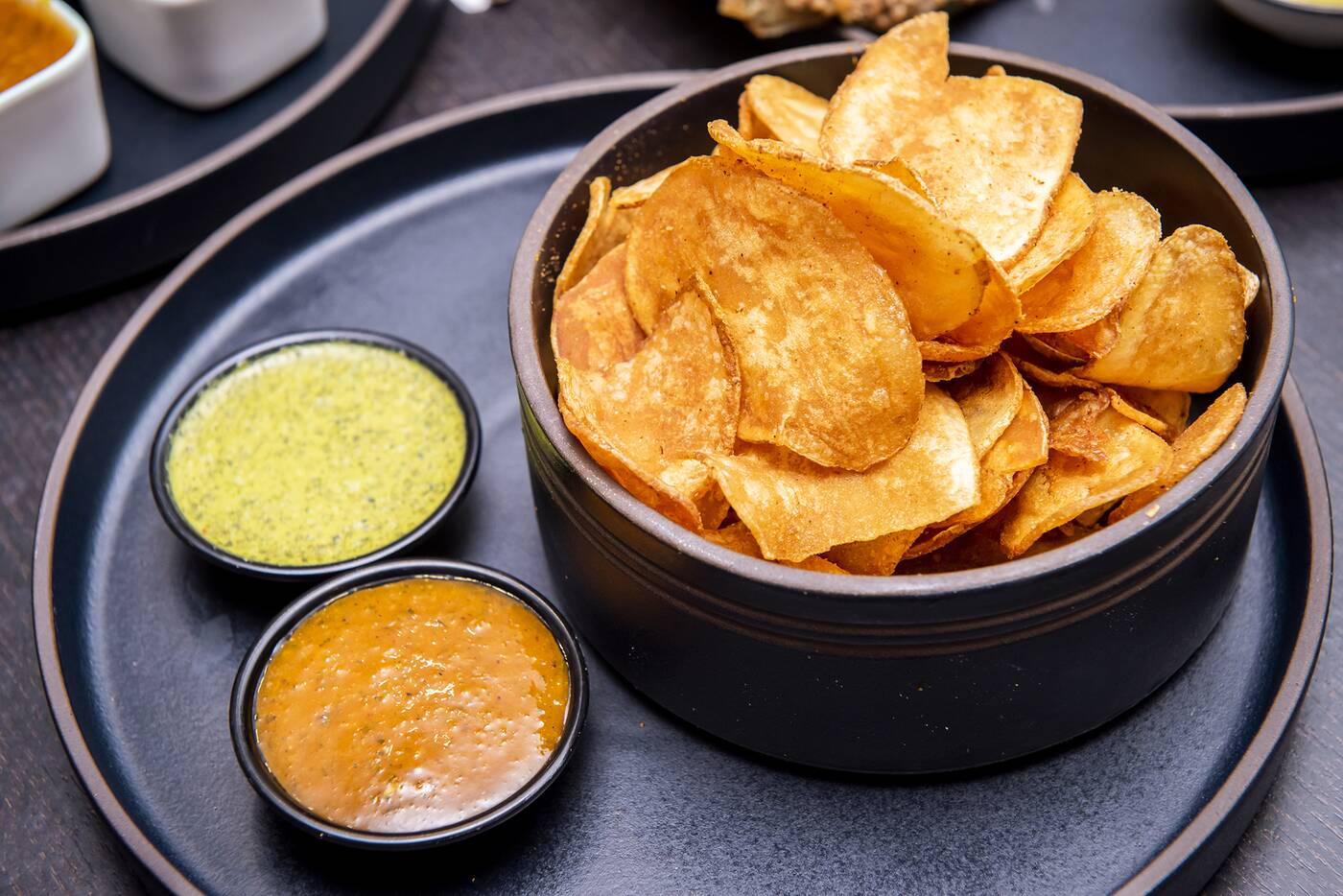 Masala Chips ($7) are a light vegan starter seasoned with chaat masala that makes for an ideal vehicle for house mint and coriander dip or mango salsa. 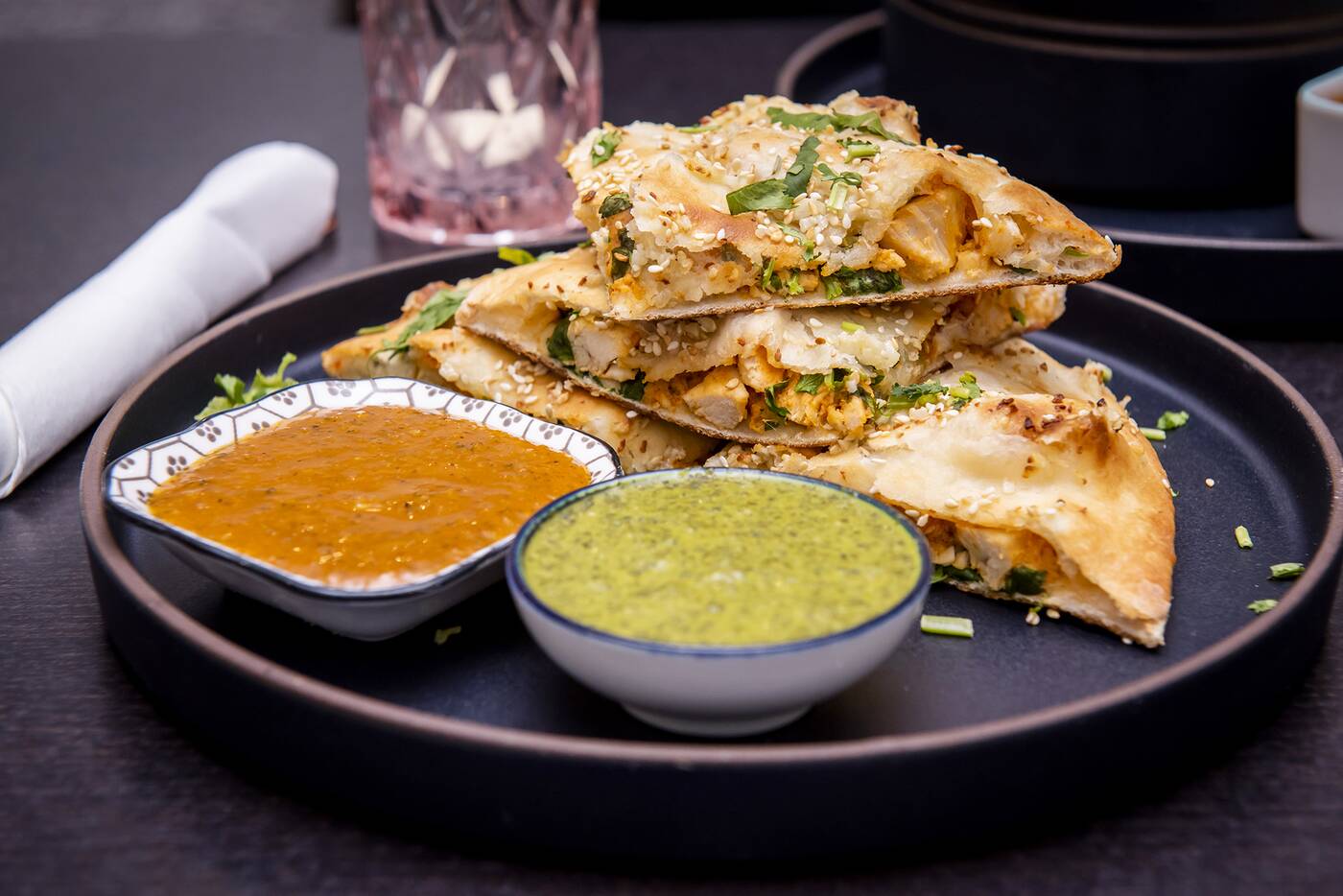 A Tandoori Chicken Naan ($12) is essentially what it sounds like, a top seller stuffed with a popular style of grilled chicken that's done justice here, juicy and nicely spiced. 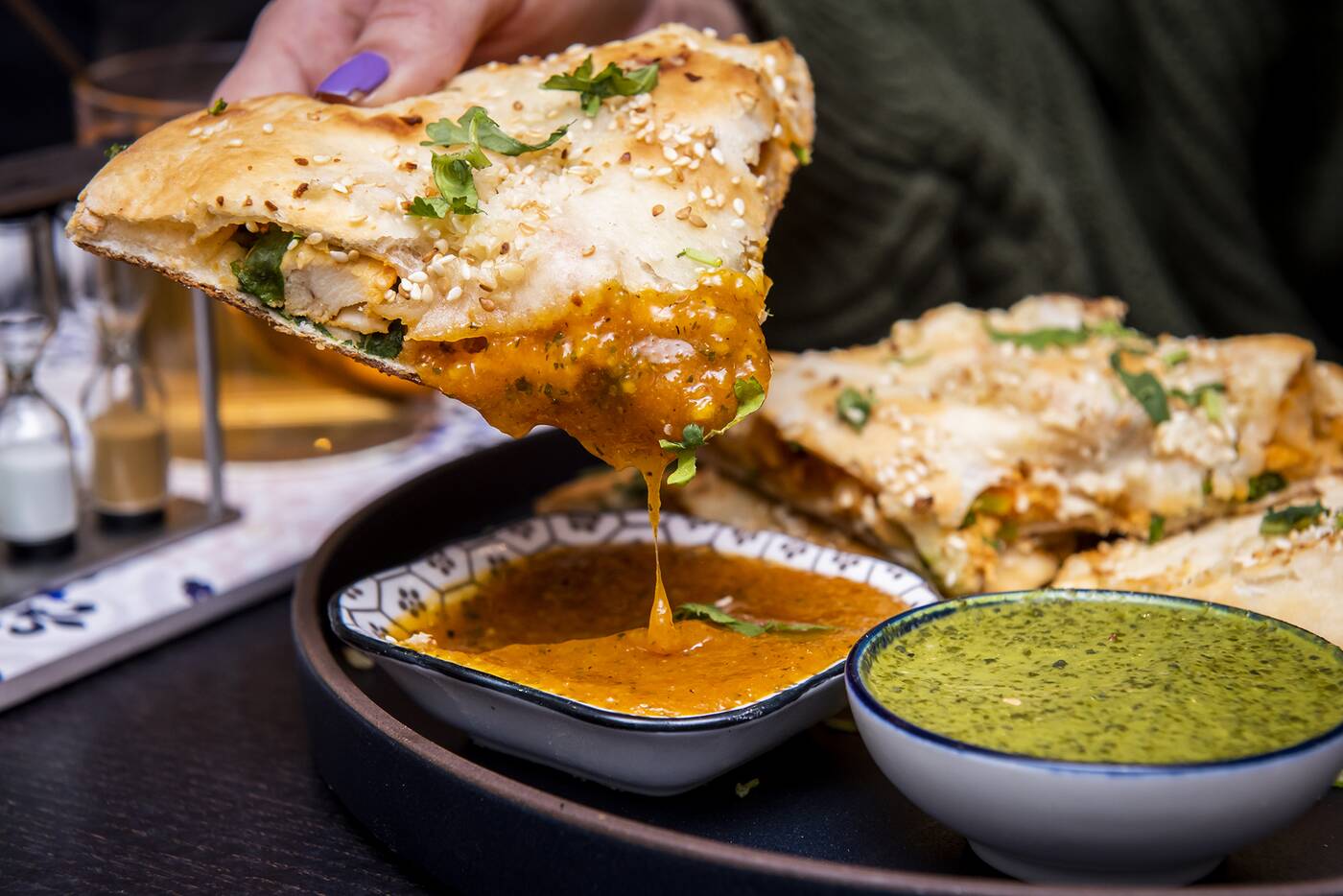 Again, the stuffed naan has a pizza-like effect for me, perfect for folding and dipping. 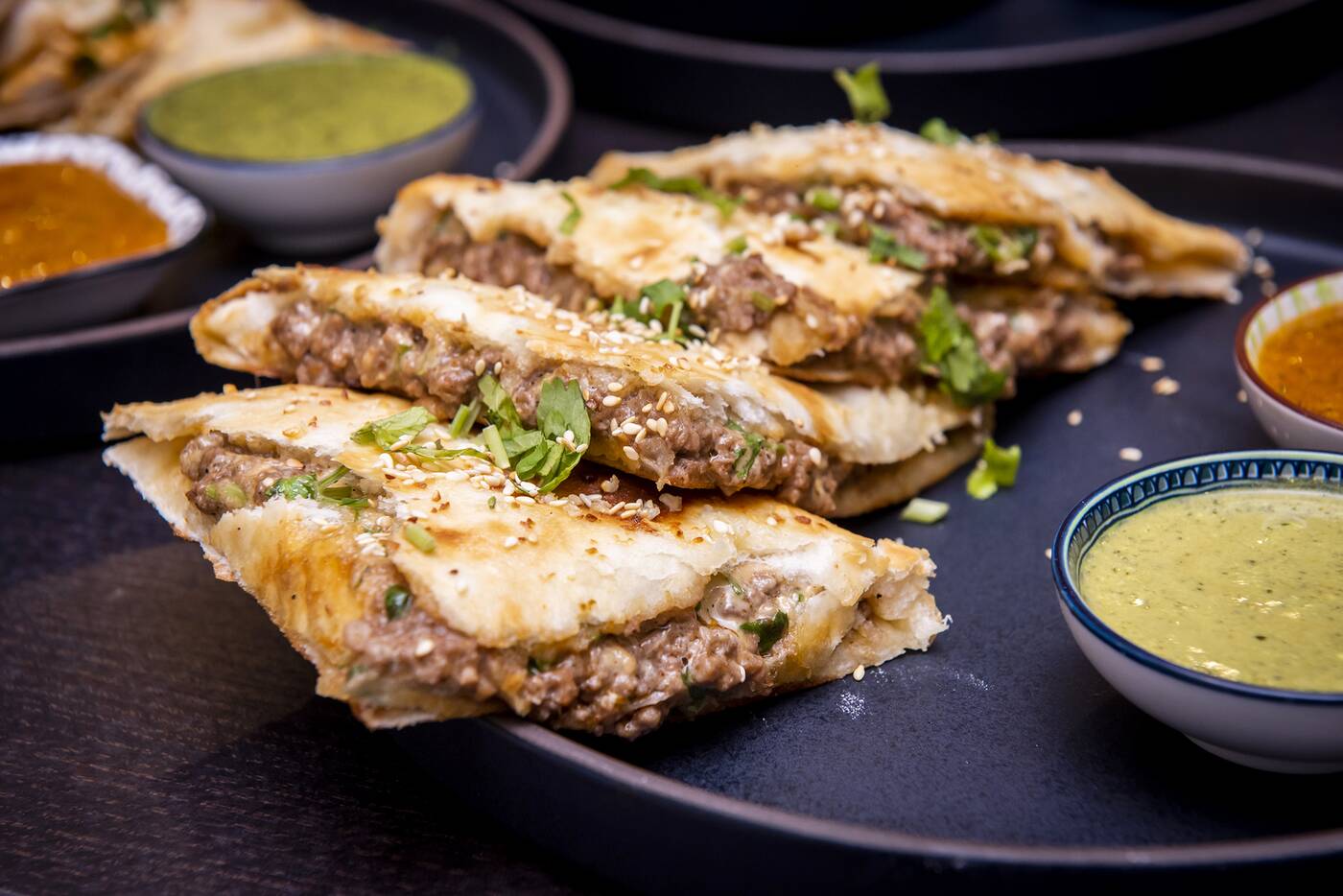 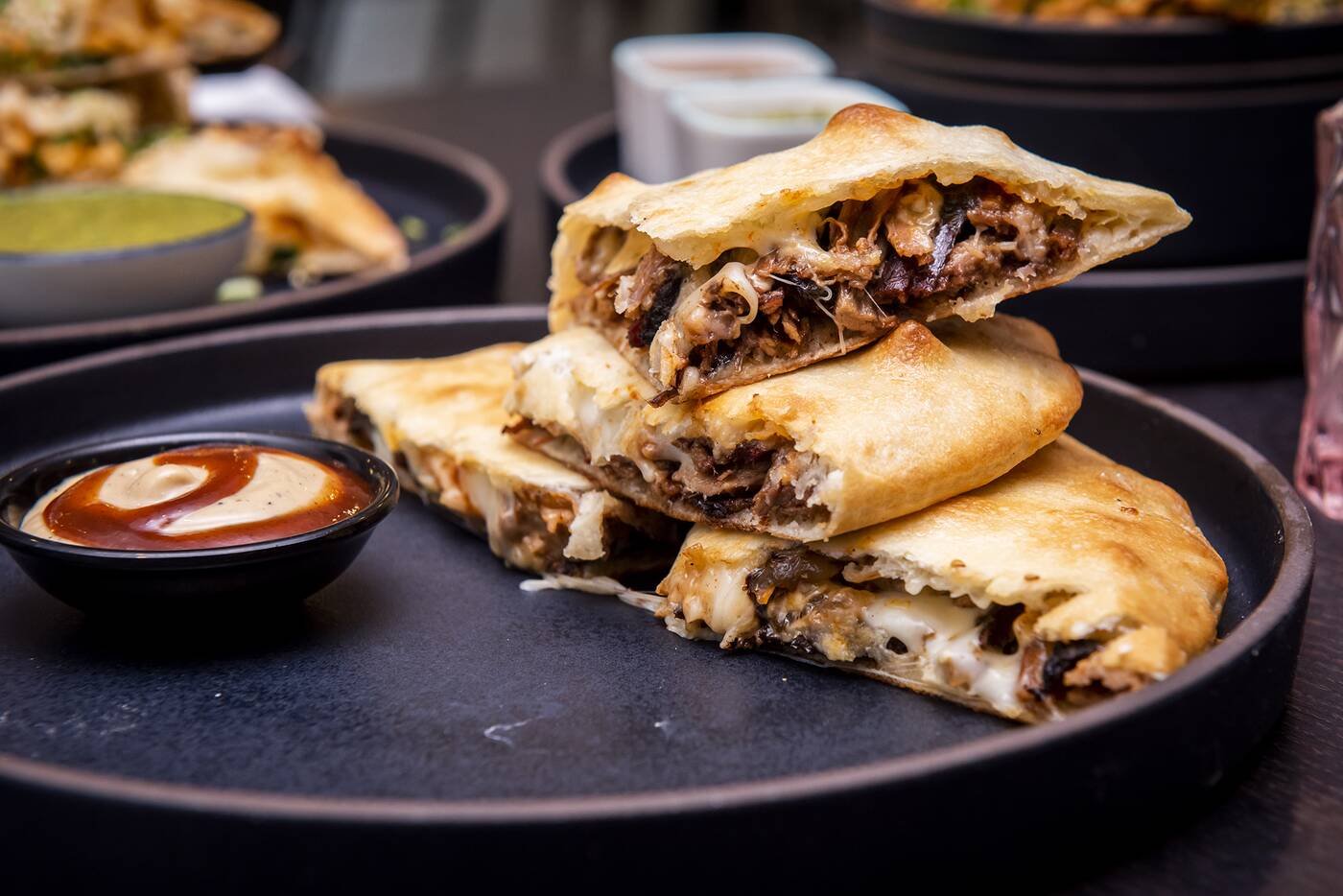 A Smoked Brisket Naan ($14) is one of a trio of fusion stuffed naans, packed with juicy beef brisket that's been smoked for 24 hours, caramelized onions, and lots of rich mozzarella and havarti, and served with a garlic mayo BBQ sauce dip. There's also a smoked turkey naan and a Margherita-pizza-style naan. 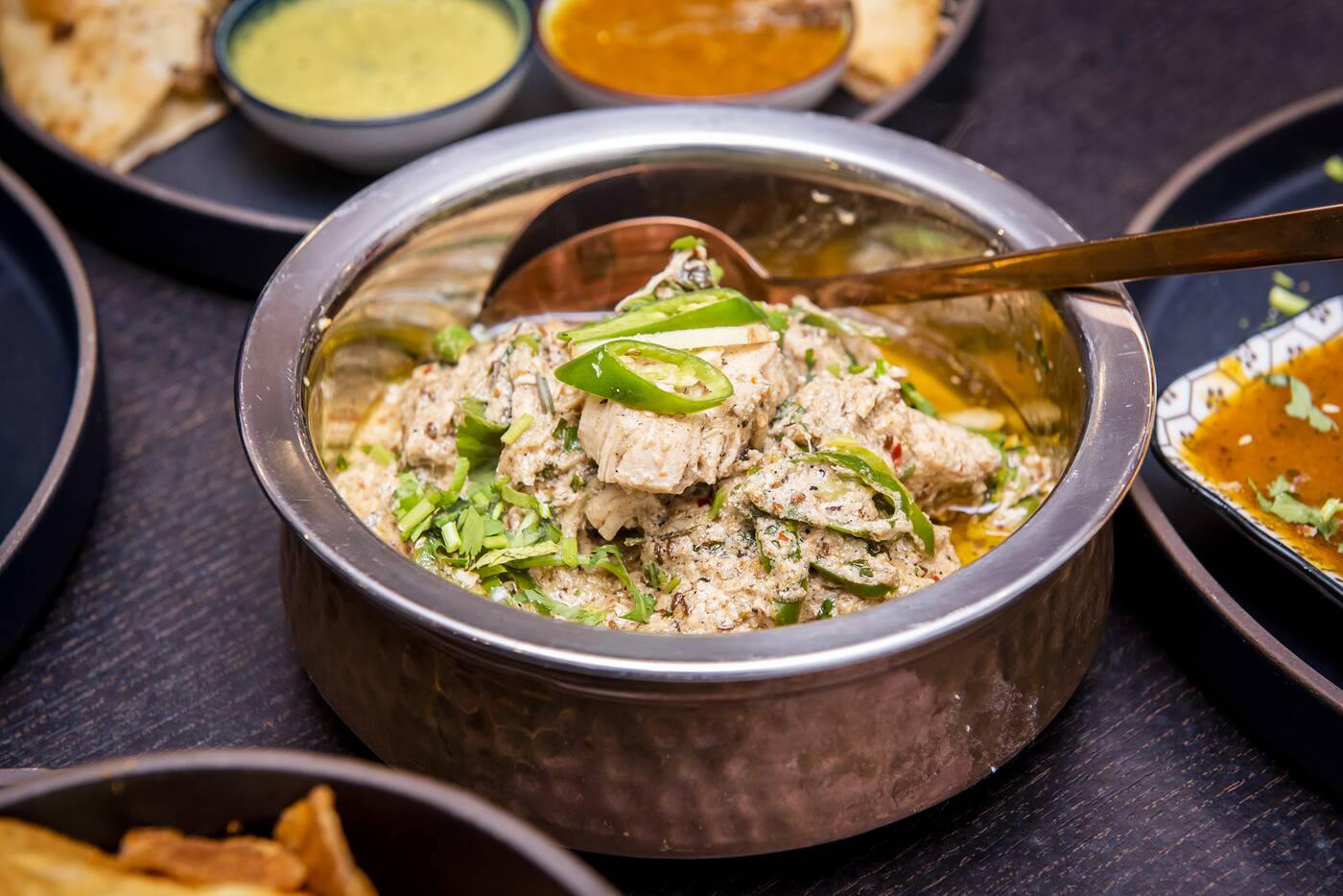 Black Pepper Chicken Karahi ($16) is a classic main that solidly represents a Pakistani staple made with boneless white meat, green chillies, yogurt and lots of black pepper. The meat is fall-apart tender and the curry is thick and pleasantly fiery. 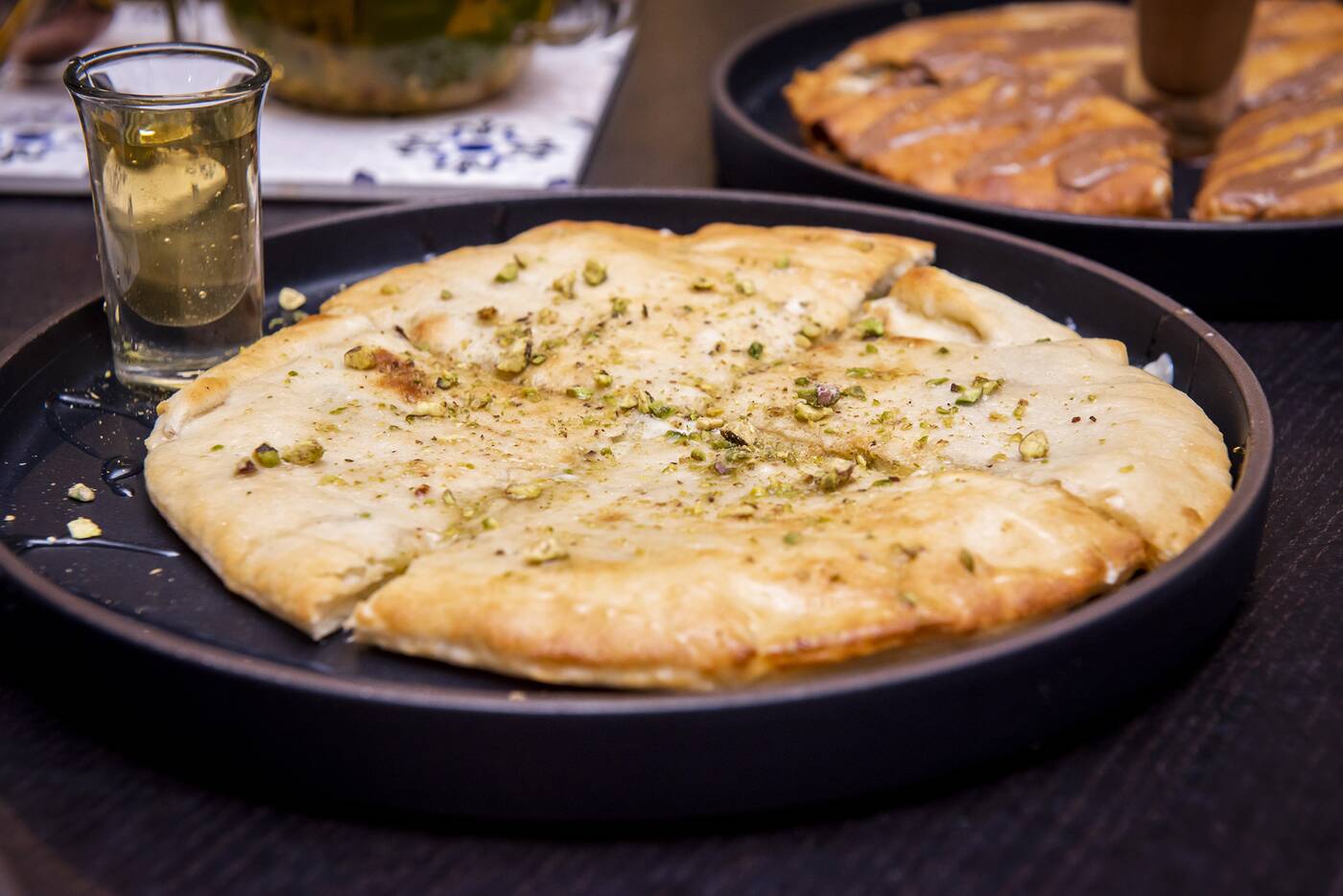 A Mascarpone, Honey & Pistachio Naan ($12) is stuffed with tangy mascarpone I wish there was more of, topped with honey and pistachio, and served with a shot glass of extra honey dip.

The Nutella Naan ($10), by contrast, is stuffed with an overload of Nutella. 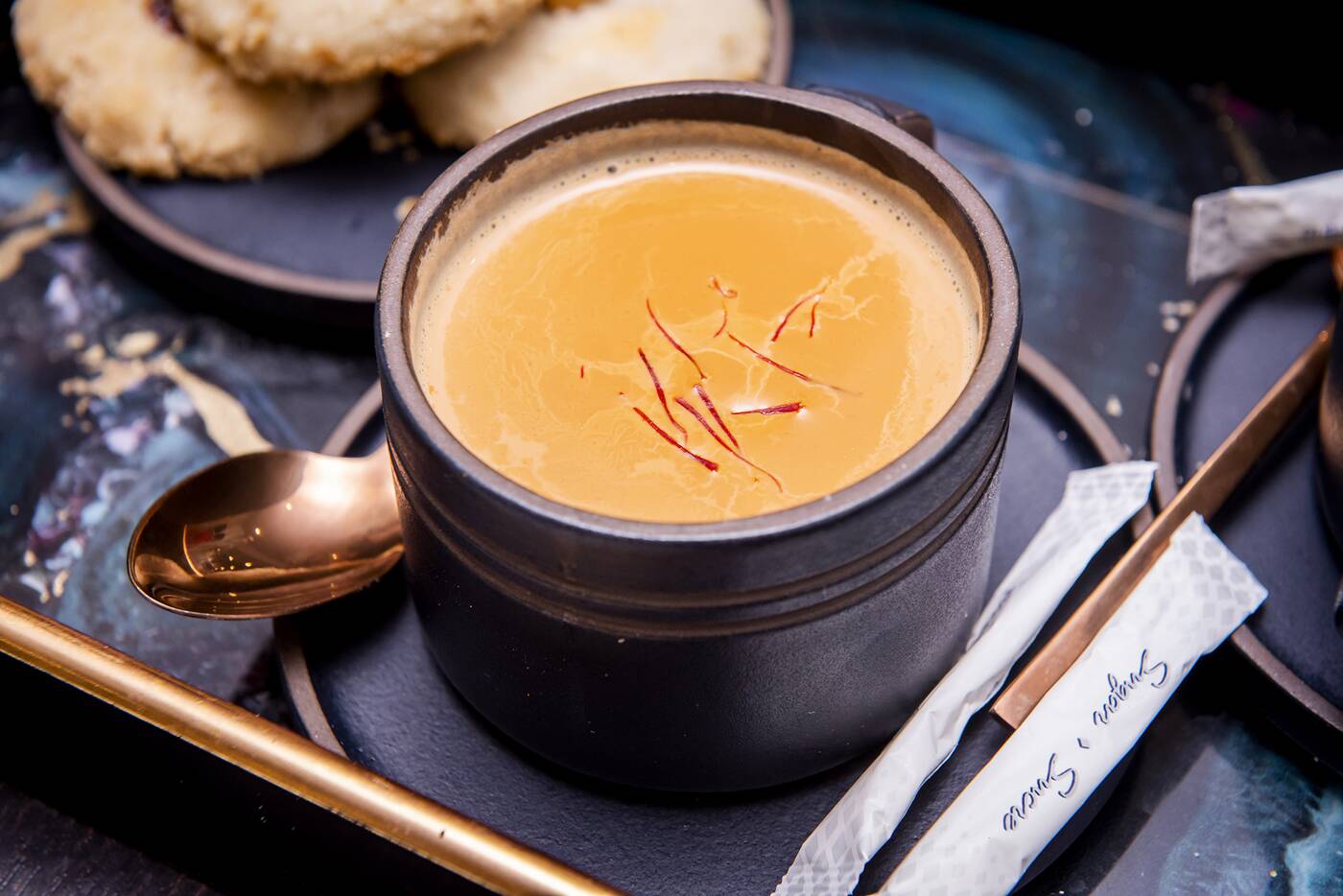 Complement a meal here with one of three powerful, aromatic signature chais: Karak ($3.50), Saffron or Kashmiri ($4). Some come topped with crushed pistachios, cardamom or saffron. 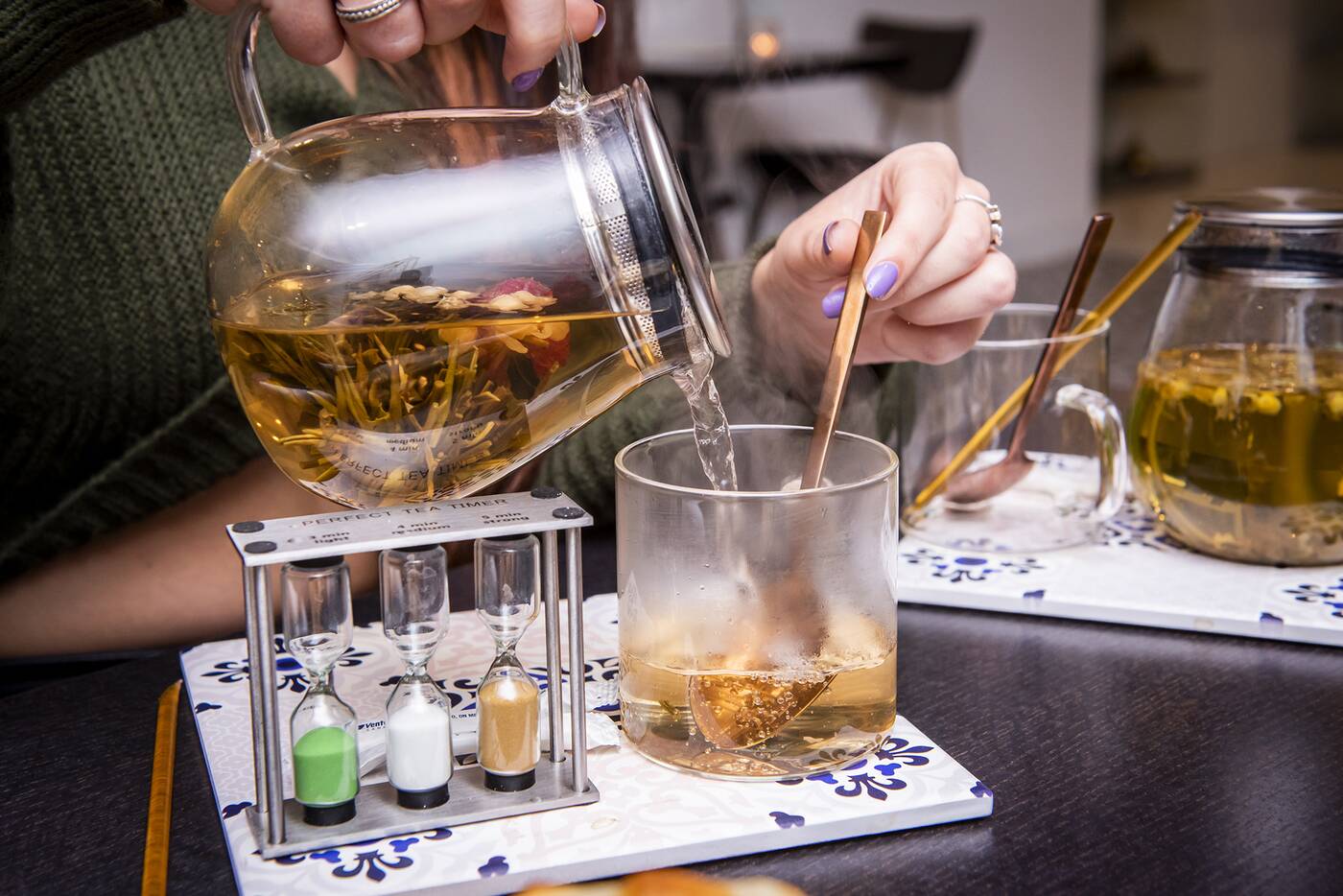 A wide range of other organic teas ($5) is provided by Art of Tea, including a Halo Flowering Tea infused with blueberry and white peach essence and a caffeine-free Sleep Tea. 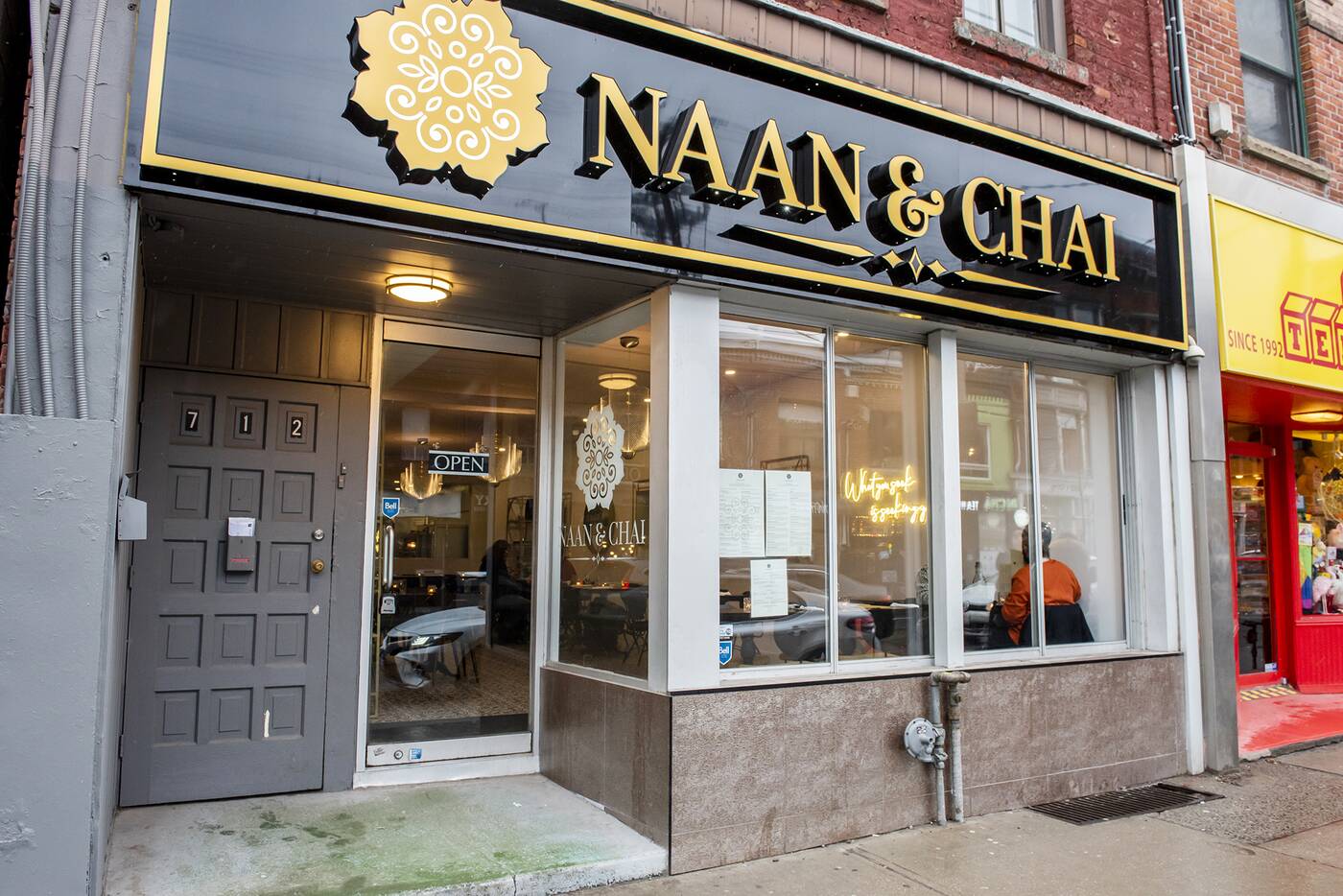