Lipstick & Dynamite is what owners Celeste Toledo and Steve Cann call a "bar-staurant." It's an unpretentious spot with the intentional attitude of dive bar but also homey, nostalgic touches like a complimentary book and board game library, arcade games and a still-expanding vegetarian-centric menu.

Inside relics from an old High Park church are repurposed as the bar and booths, an archway is sprayed with glitter and a mural of the Earth from space gives the room an eclectic rec room vibe.

The opening "mini" menu from Steph Ostapovitch (formerly of The Ace ) is scrawled and photocopied on white paper. "It's just temporary" says Toledo. "Until we launch our full menu" that will include bar snacks and limited (maybe just one) carnivorous option amongst the predominantly meatless menu. 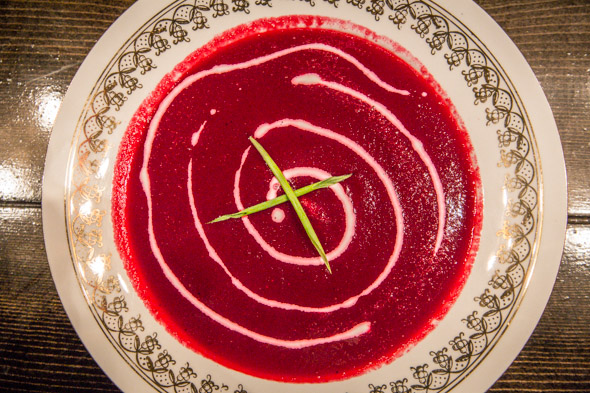 The soup of the day ($6) will rotate through a line-up of vegetarian and vegan options like today's beet and roast garlic puree topped with vegan sour cream and herbs. 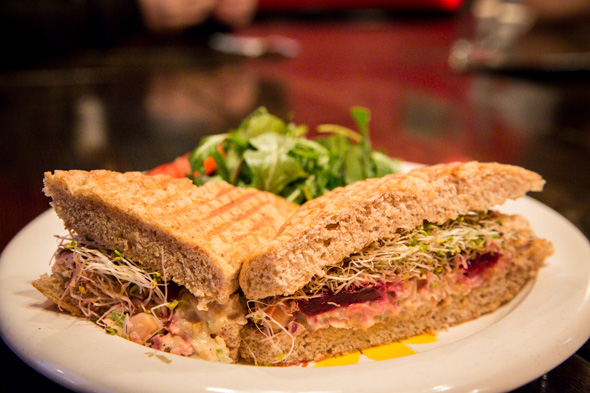 The kitchen bakes its own bread and so the list of sandwiches start on a notably fresh base of whole wheat focaccia. I try the chickpea salad sandwich ($10) that's layered with pickled beets, alfalfa sprouts and a creamy deli salad comprised of chickpeas and chopped celery, red onion and garlic mayo. 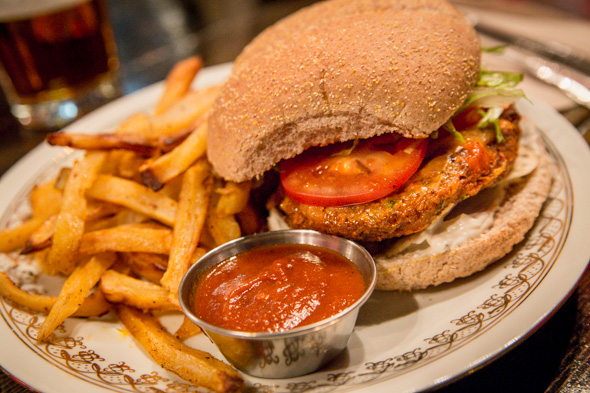 A chipotle cheddar yam burger ($12) debuts as a special tonight but will hopefully make the final menu. The patty is somewhat like a hashbrown disk that is lightly crisped on the exterior but soft in the centre. It comes smartly dressed with fresh toppings, cheddar cheese and a crunchy tortilla chip for much appreciated texture. Fries on the side are baked not fried so they're not so crisp, but they are nicely seasoned. House-made ketchup is awesome. 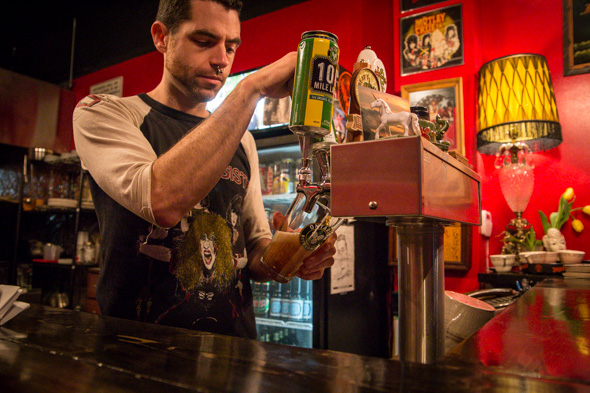 The bar majors in local and craft beers and bar rail selections. There is a "no martini policy" in place, so if you want a fancy cocktail just go somewhere else. Pints and tall cans are priced at $6.50 per, while bar rail shots go for $5 straight or $6 with mix. 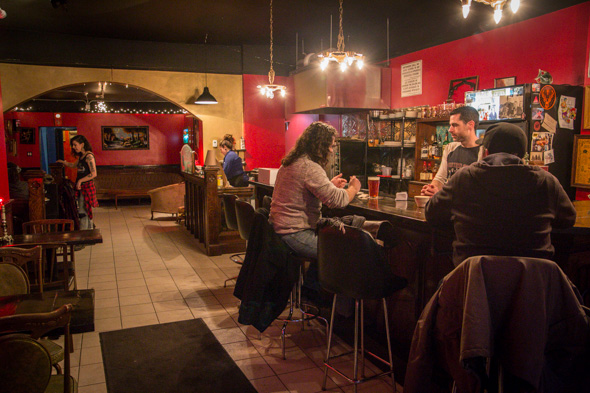 Lipstick & Dynamite is currently open from 4pm 'til last call, though lunch and brunch will launch in the near future. Look out for cute monthly nights like one devoted to writing fan mail -- postage and stationery will be supplied. 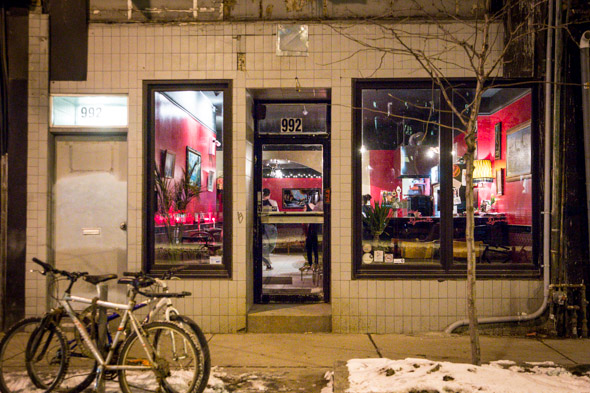