La Paella is currently open but their offerings and services may be affected due to the pandemic. Please contact the business directly for more information about any changes. Is this your business? Please contact us if you would like to update this message.

La Paella is a Spanish restaurant with a menu of tapas and high-end paella made using imported ingredients.

Despite a relatively humble outward appearance, the food here is really very upscale. The smallest tapas start at $10 with paellas surpassing the $50 mark, and there’s a dedicated paella chef. 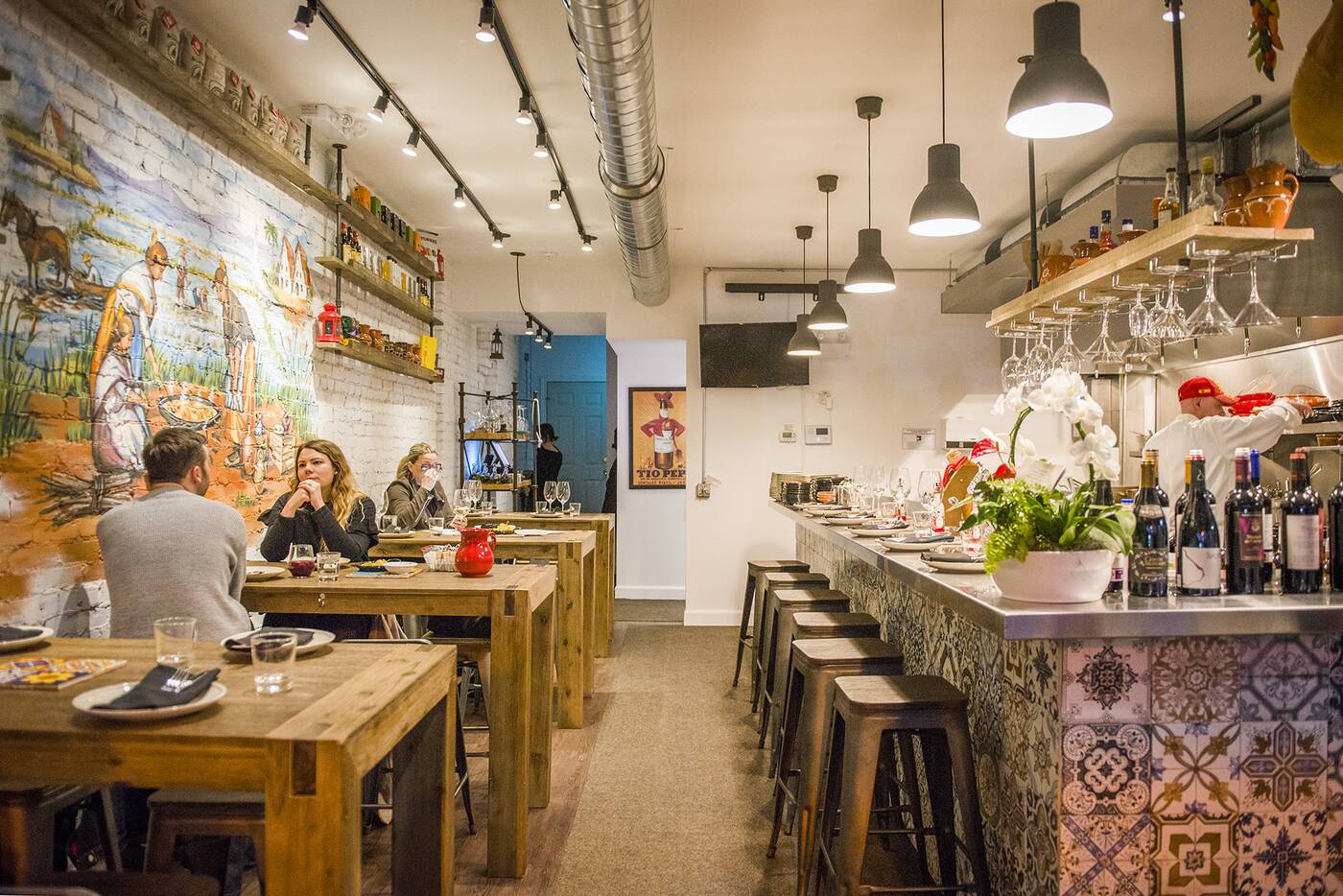 Watch him work away in a completely open kitchen that takes up maybe a back third of the small thirty-seat restaurant, a half dozen four-person tables and an equal number of bar stools providing seating. 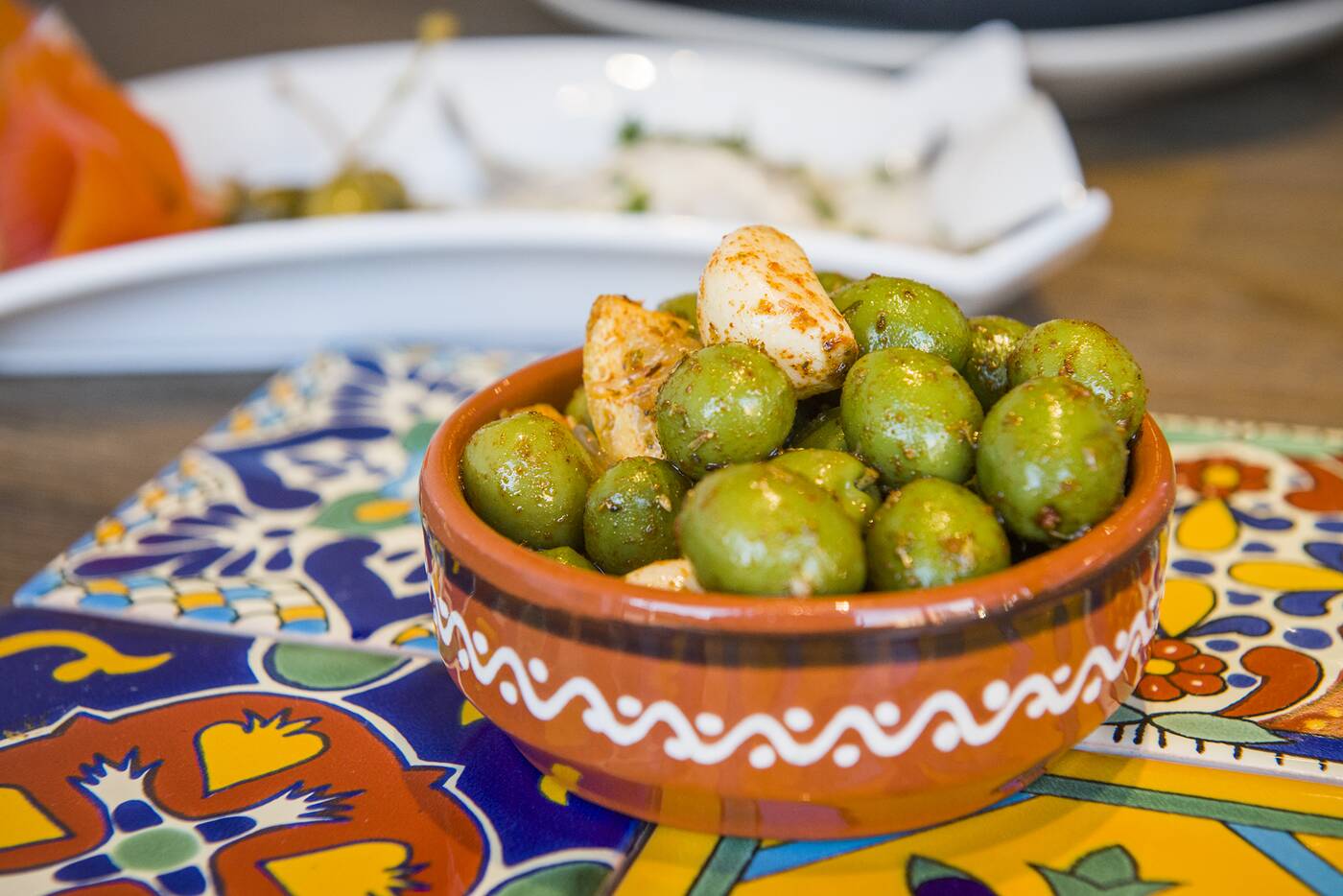 Spanish style olives ($10), or aceitunas alinadas if you feel comfortable ordering in the menu’s Spanish, are imported from Spain and marinated simply with Spanish paprika, garlic and lemon. 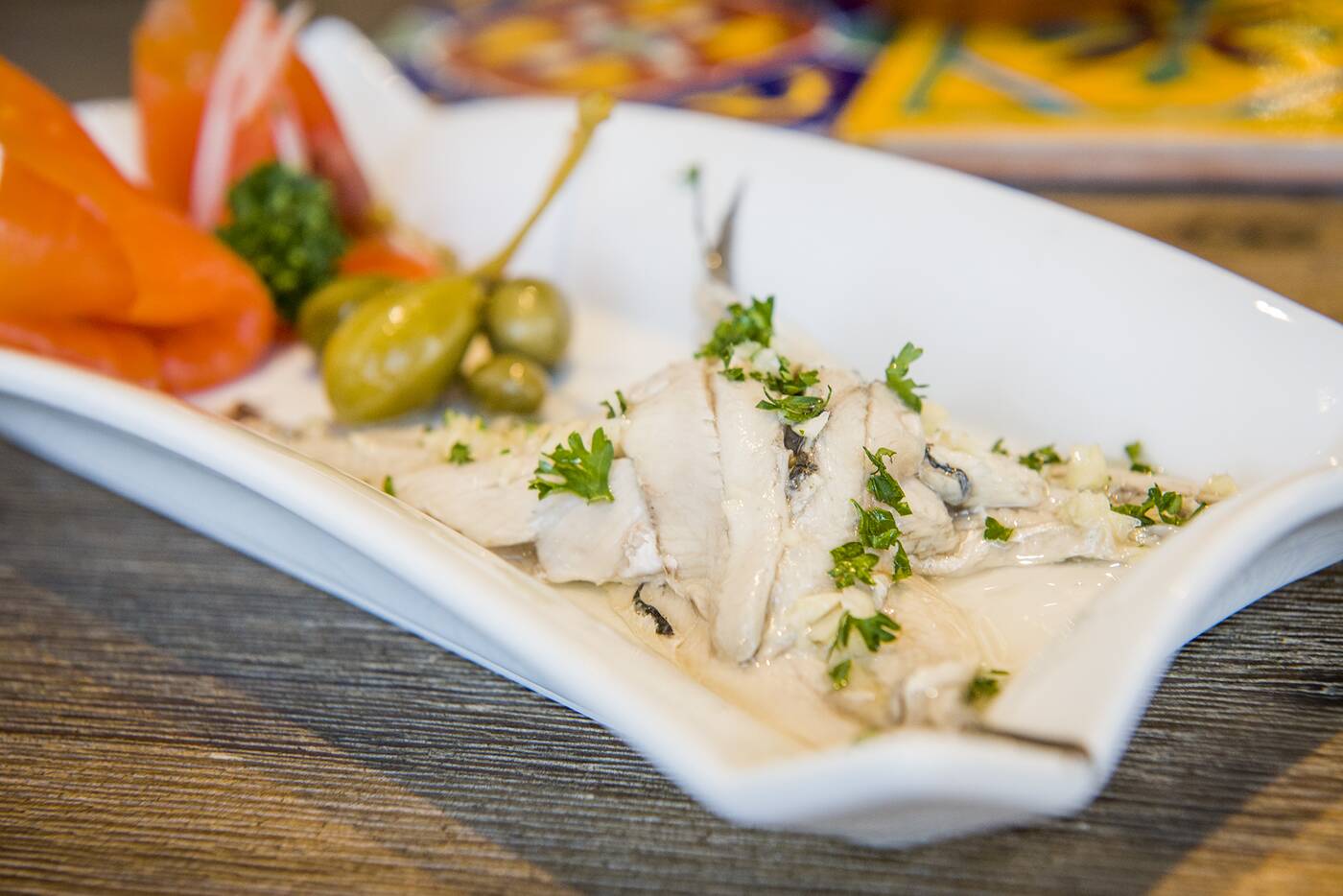 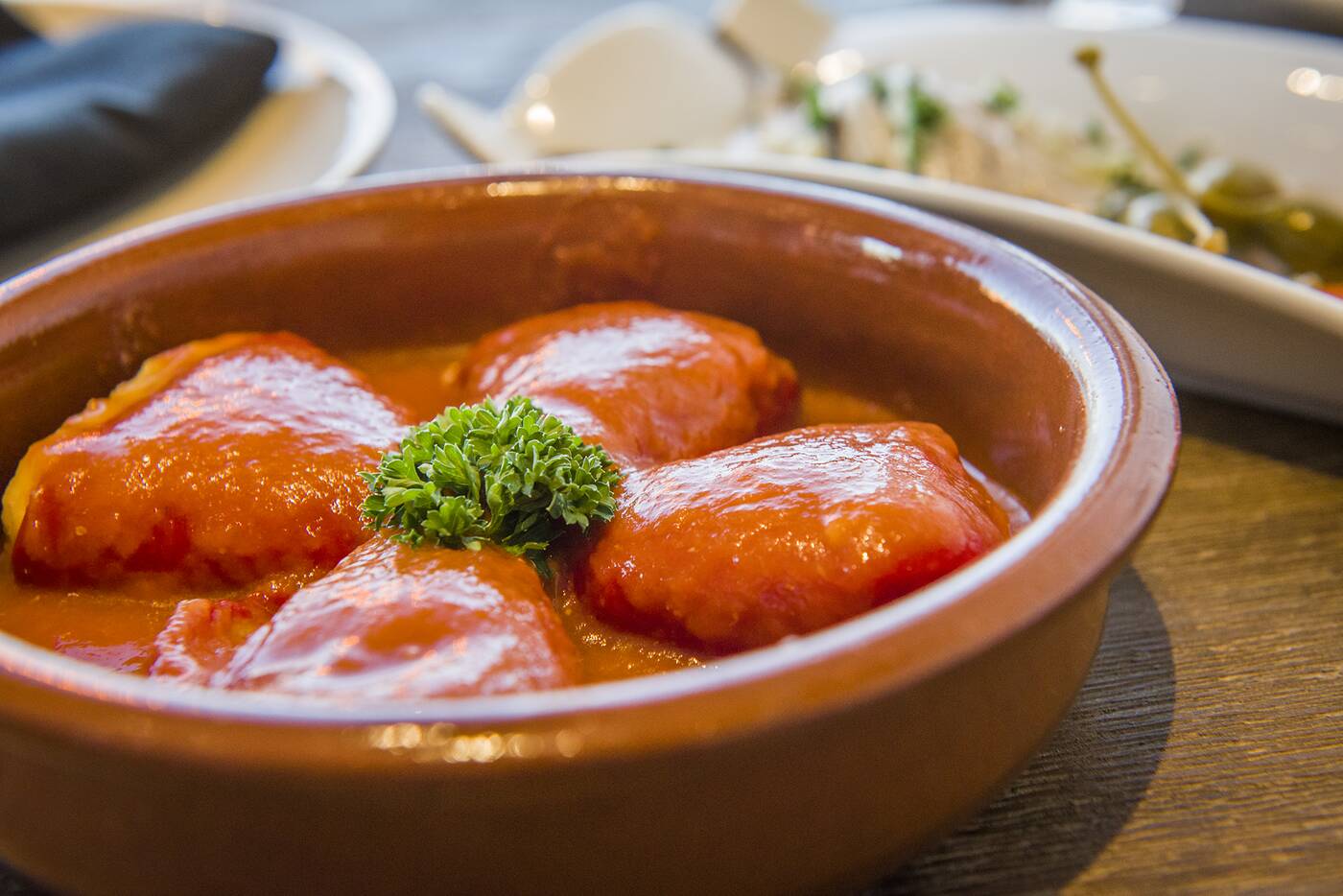 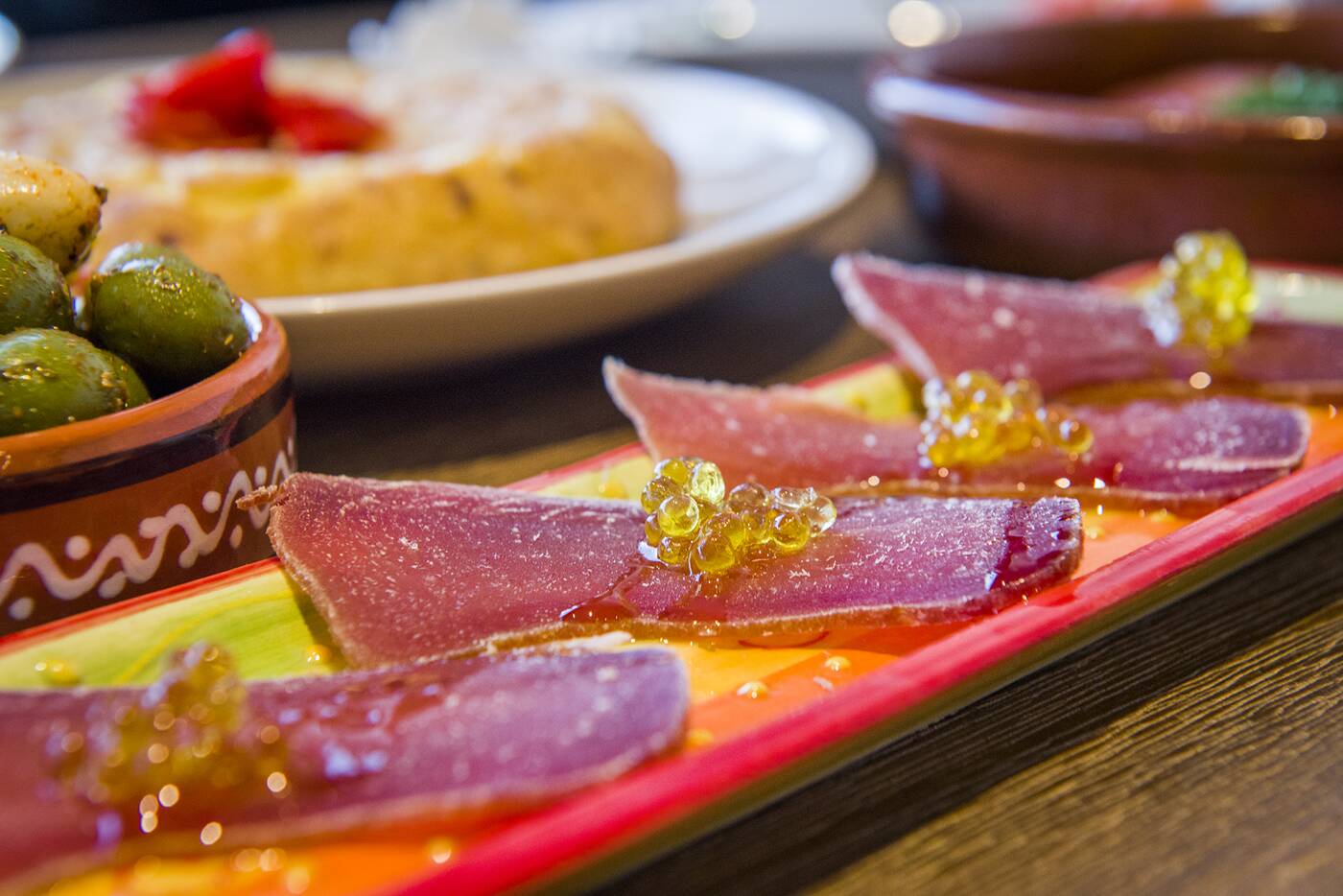 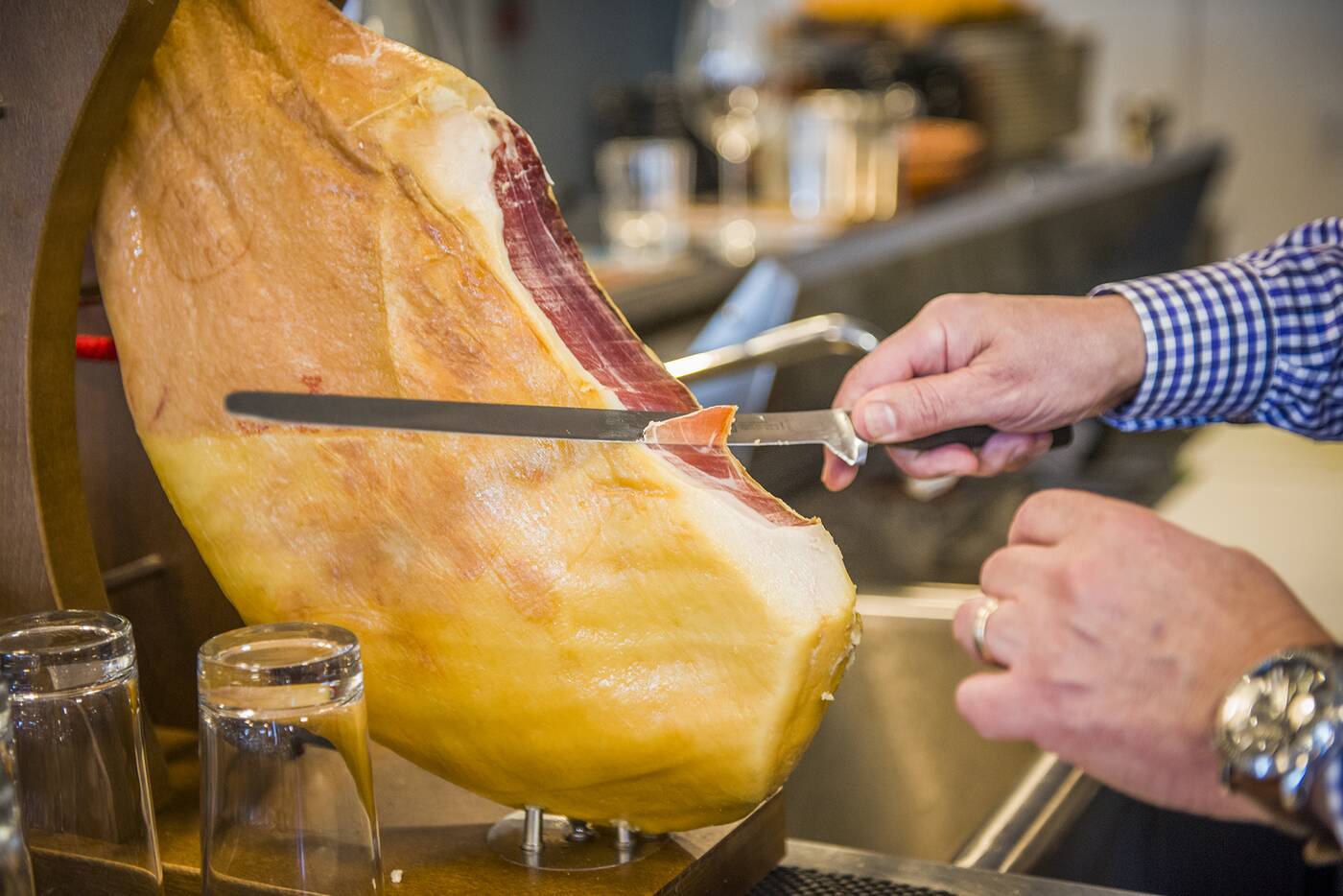 Serrano and Iberico jamon are also available here, a platter of the 24-month-cured Iberico pata negra going for $55. A sample sliver of the Serrano is luscious and salty, with a thick rim of fat that melts in your mouth. 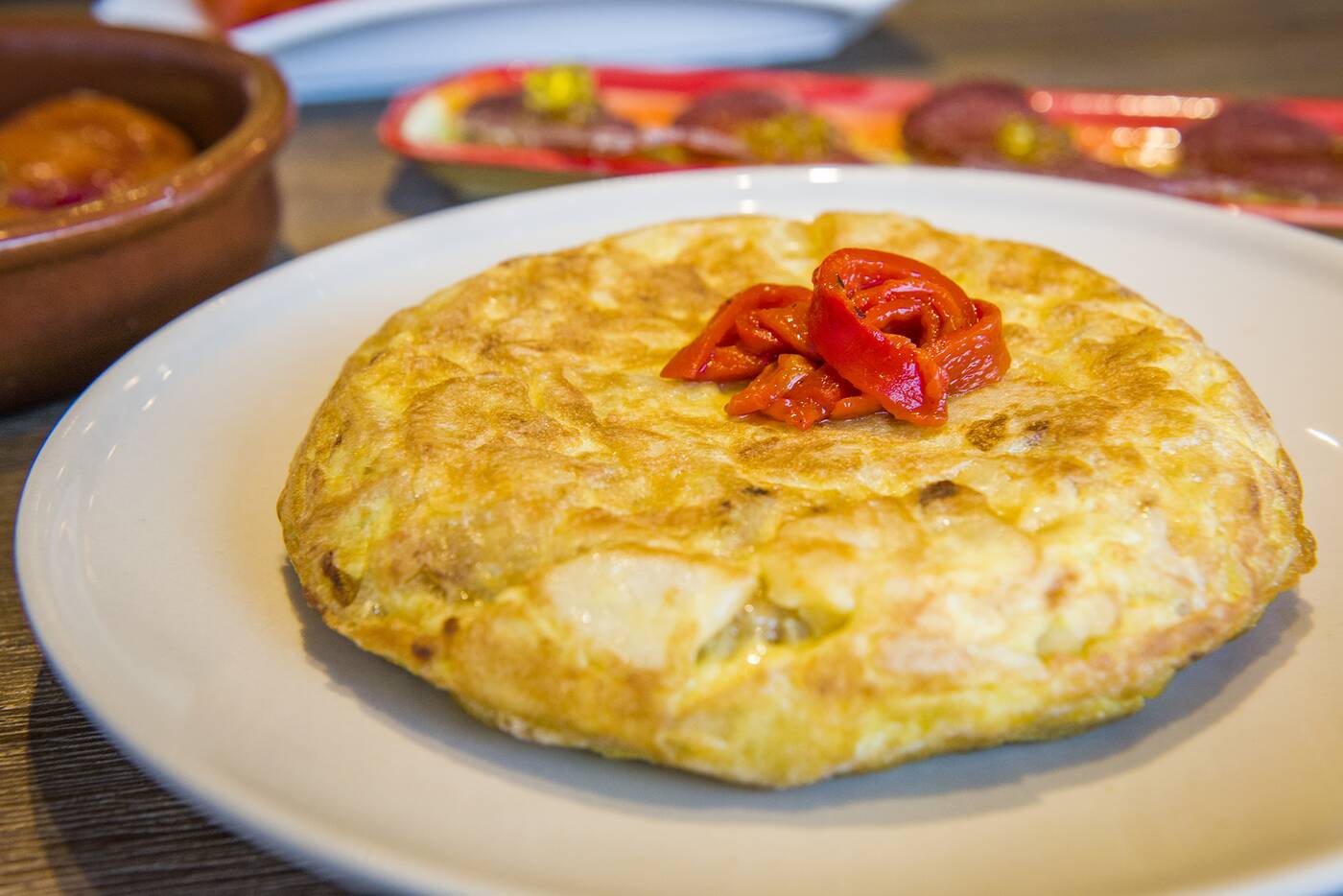 A tortilla espanola ($14), while simple, is one of the items with the best value here and brings out the perfection of the holy trinity of potatoes, eggs and onions. 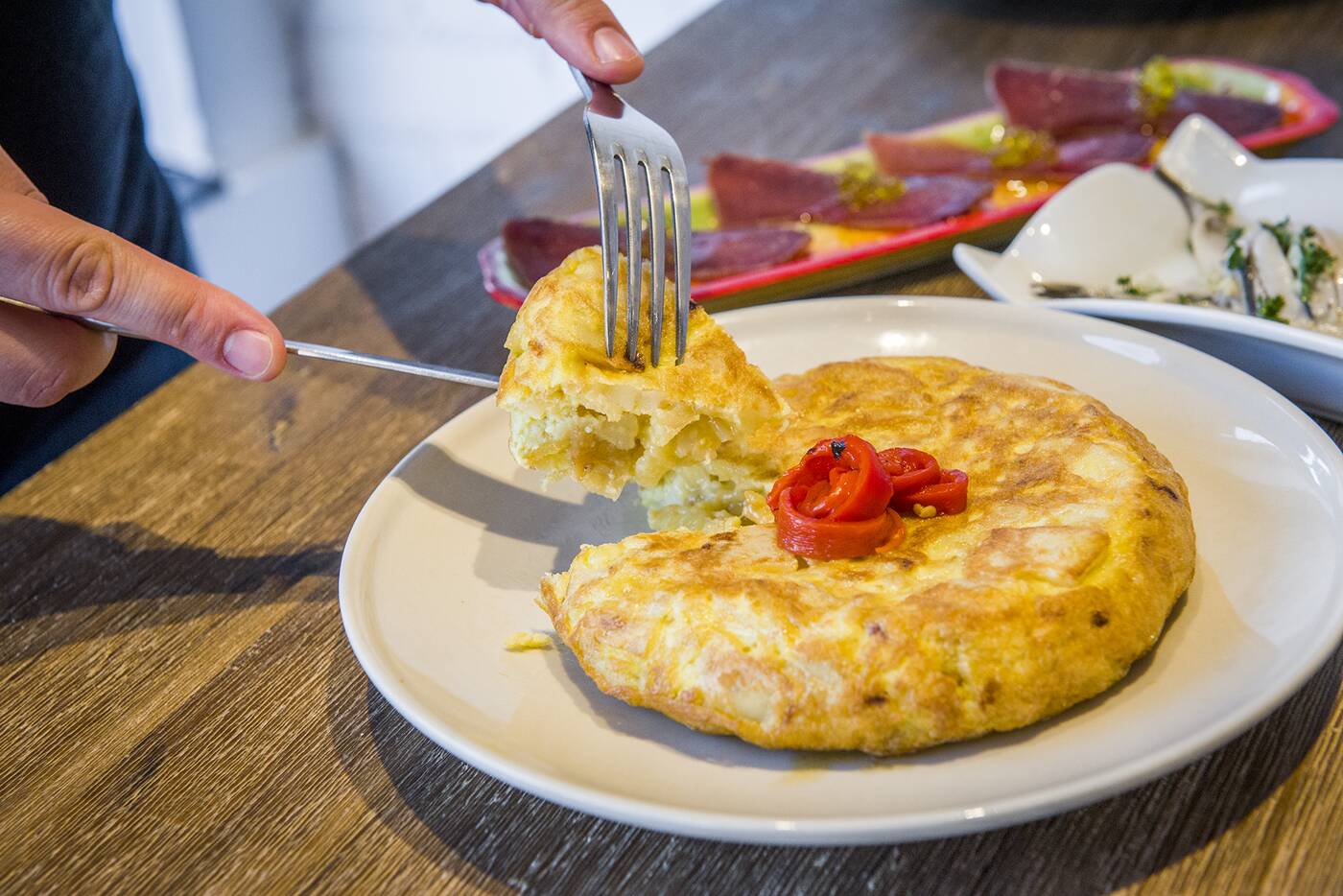 The tortilla is cooked a la minuit so it’s fresh and steamy. 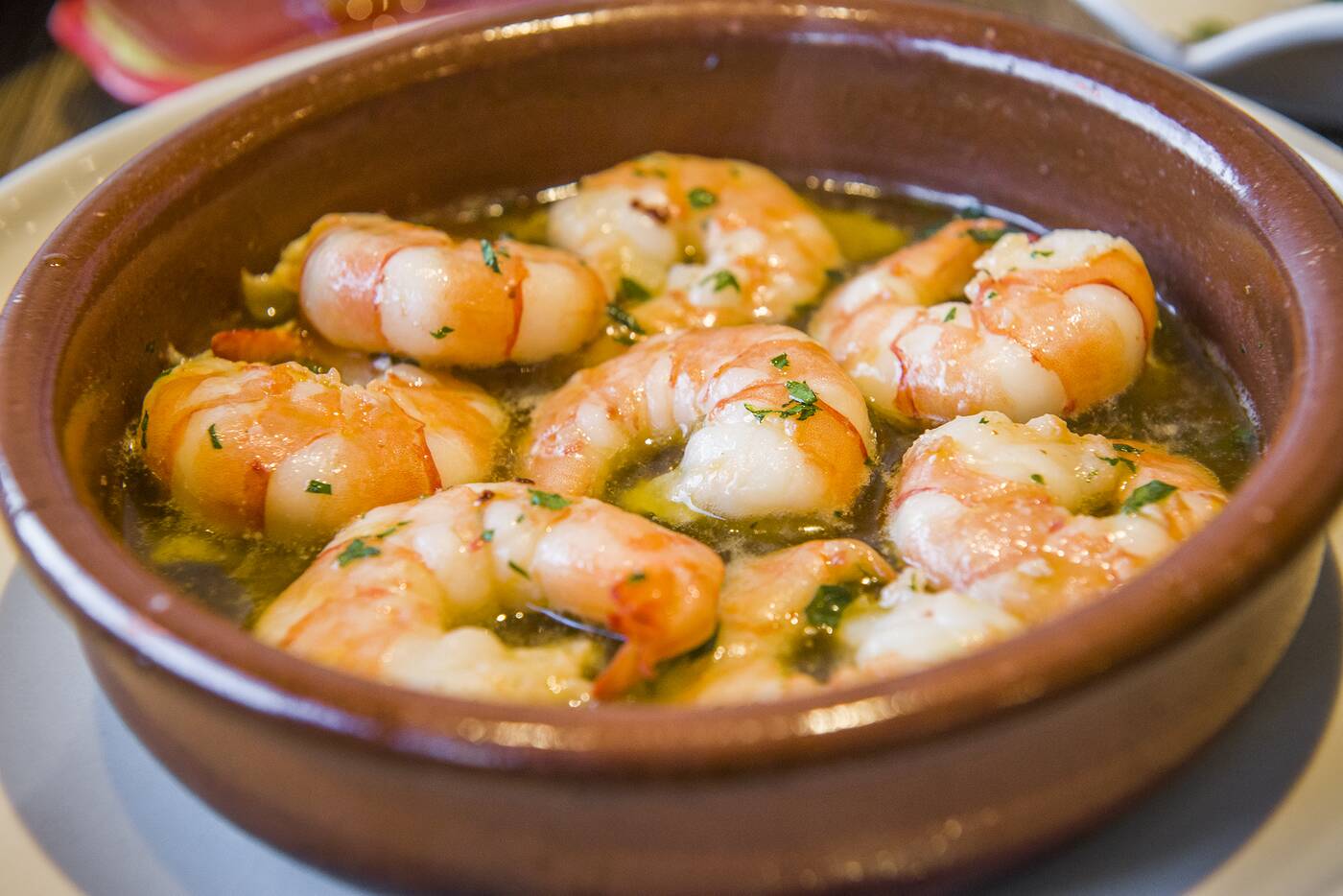 Gambas al ajillo ($20) are sweet, plump garlic shrimp served in a sizzling pool of Spanish olive oil with a touch of Manzanilla wine. 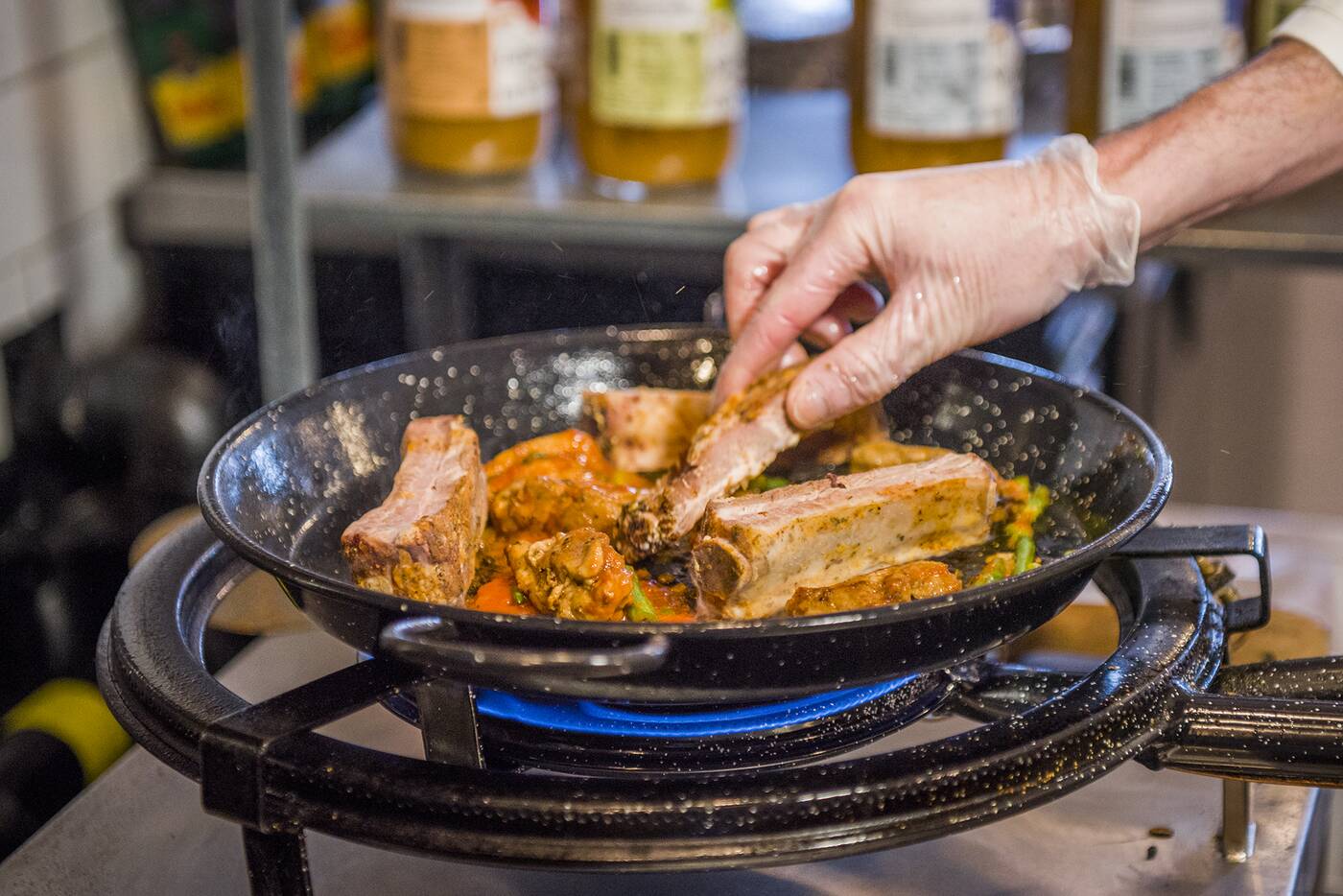 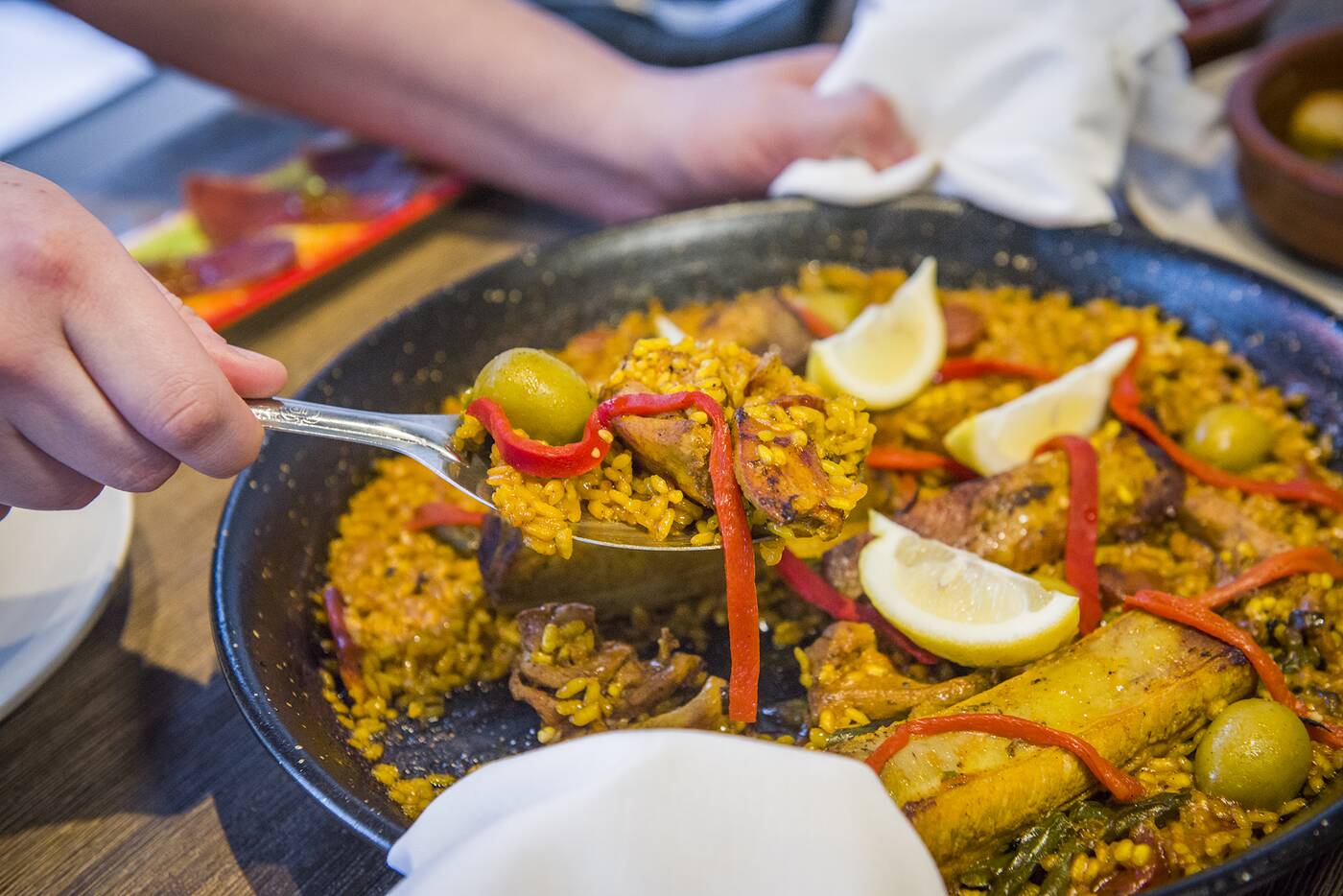 Gordal olives and lemon on top wake up and harmonize all the different flavours. Spanish broth and Spanish saffron work together to create the paella’s beautiful golden colour. 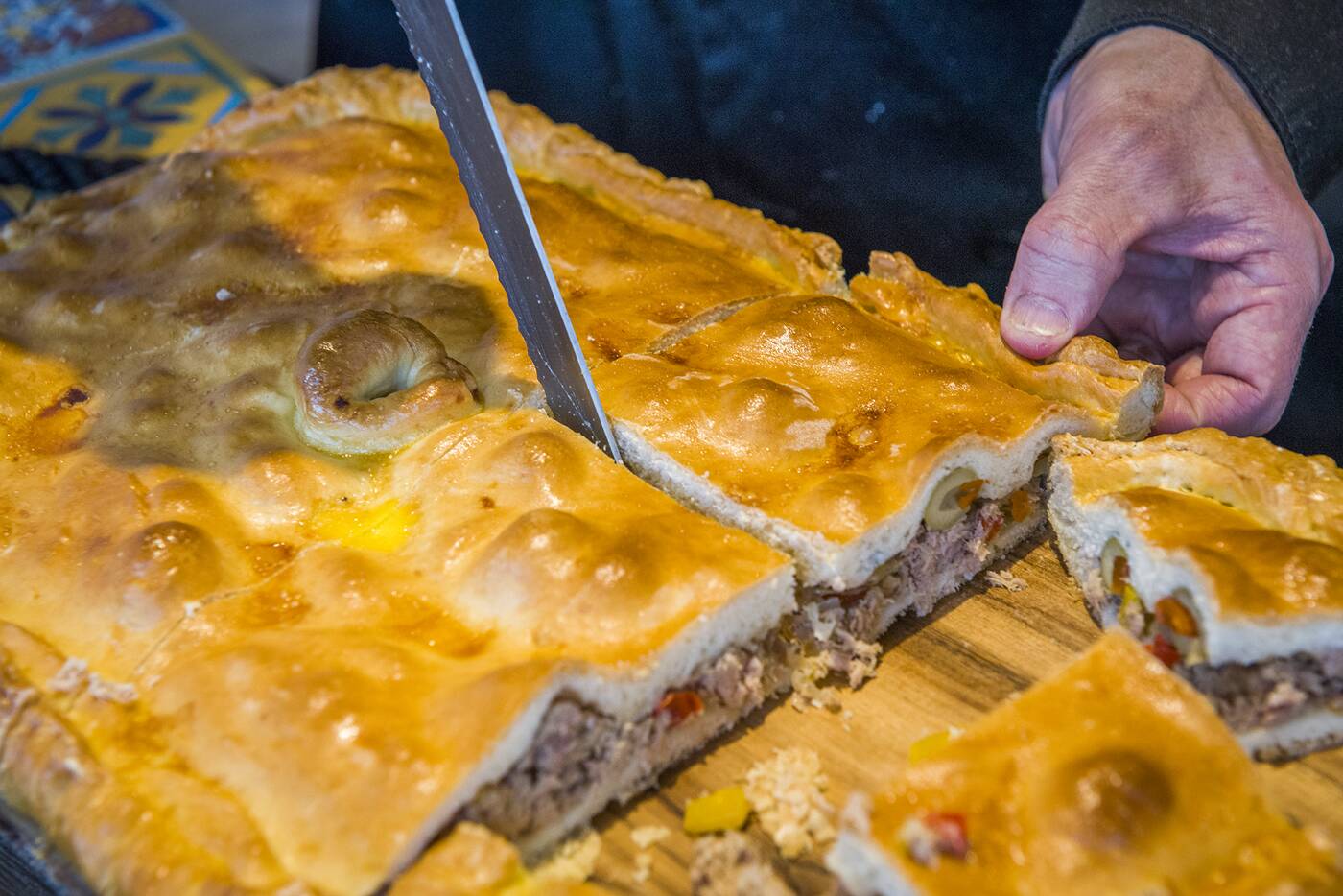 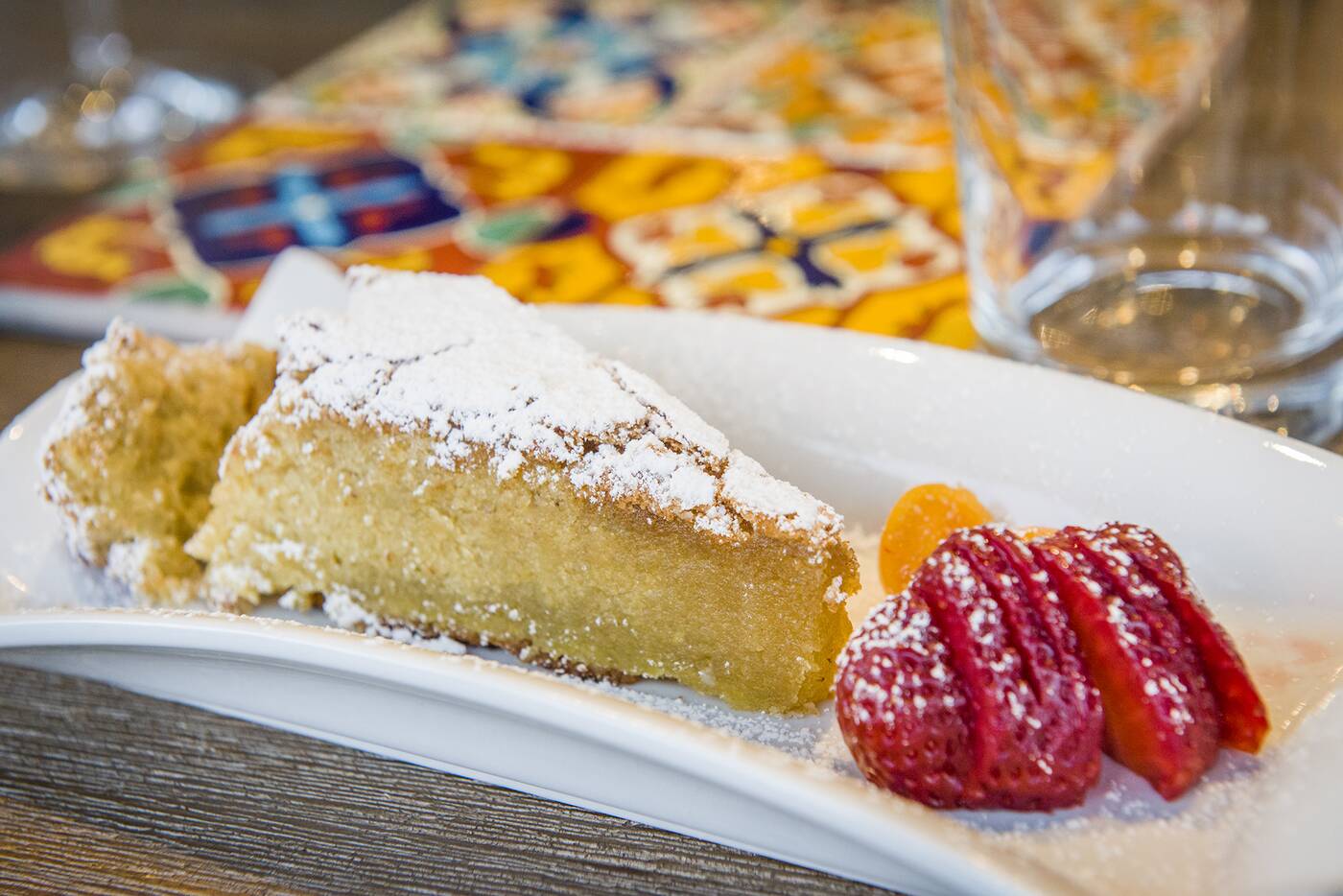 A Galician almond cake is a simple but sweet and woody dessert made using only eggs, sugar and almond. 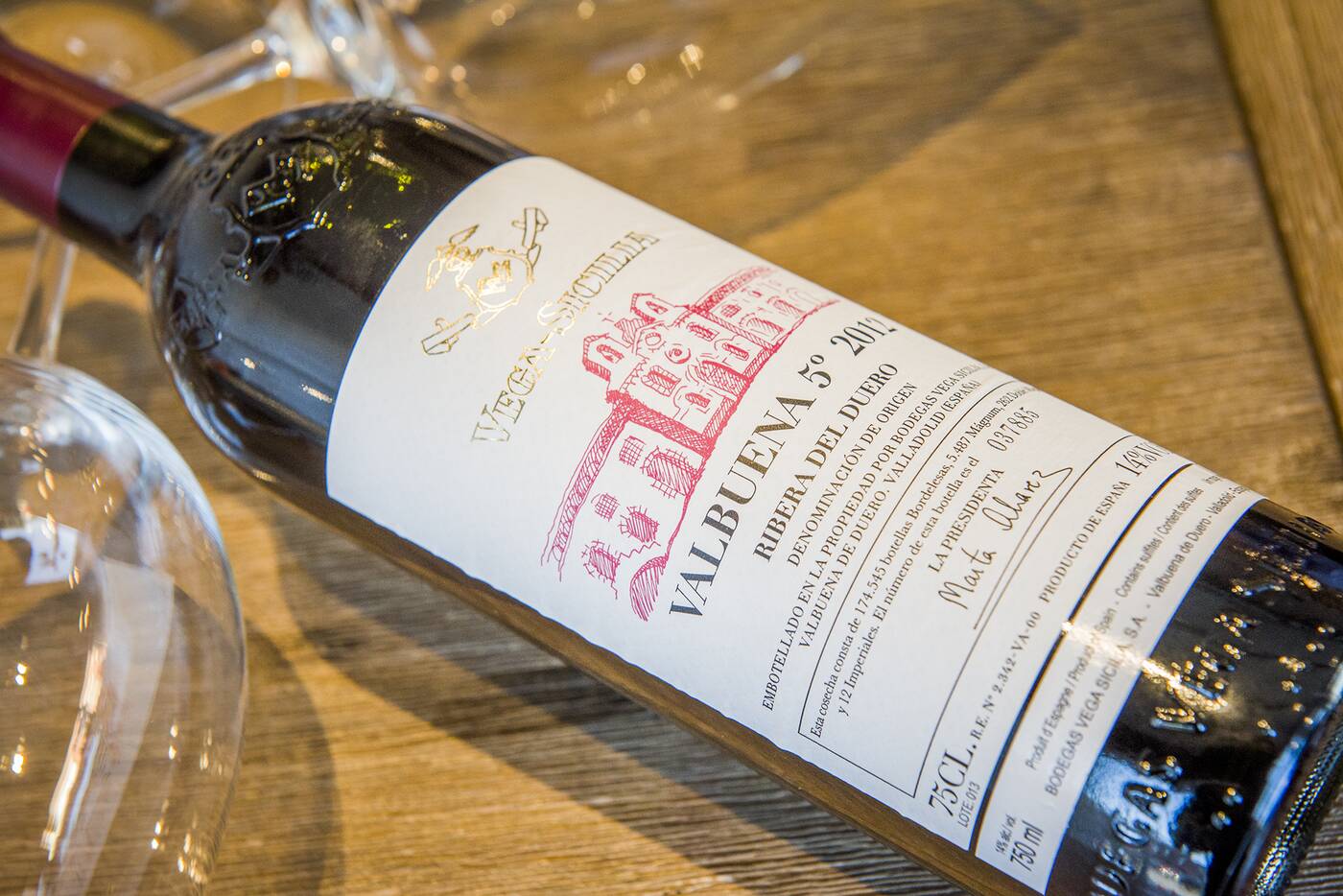 Wines start at $40 but skyrocket to $450 for a bottle of prestigious Vega Siciliana Valbuena. 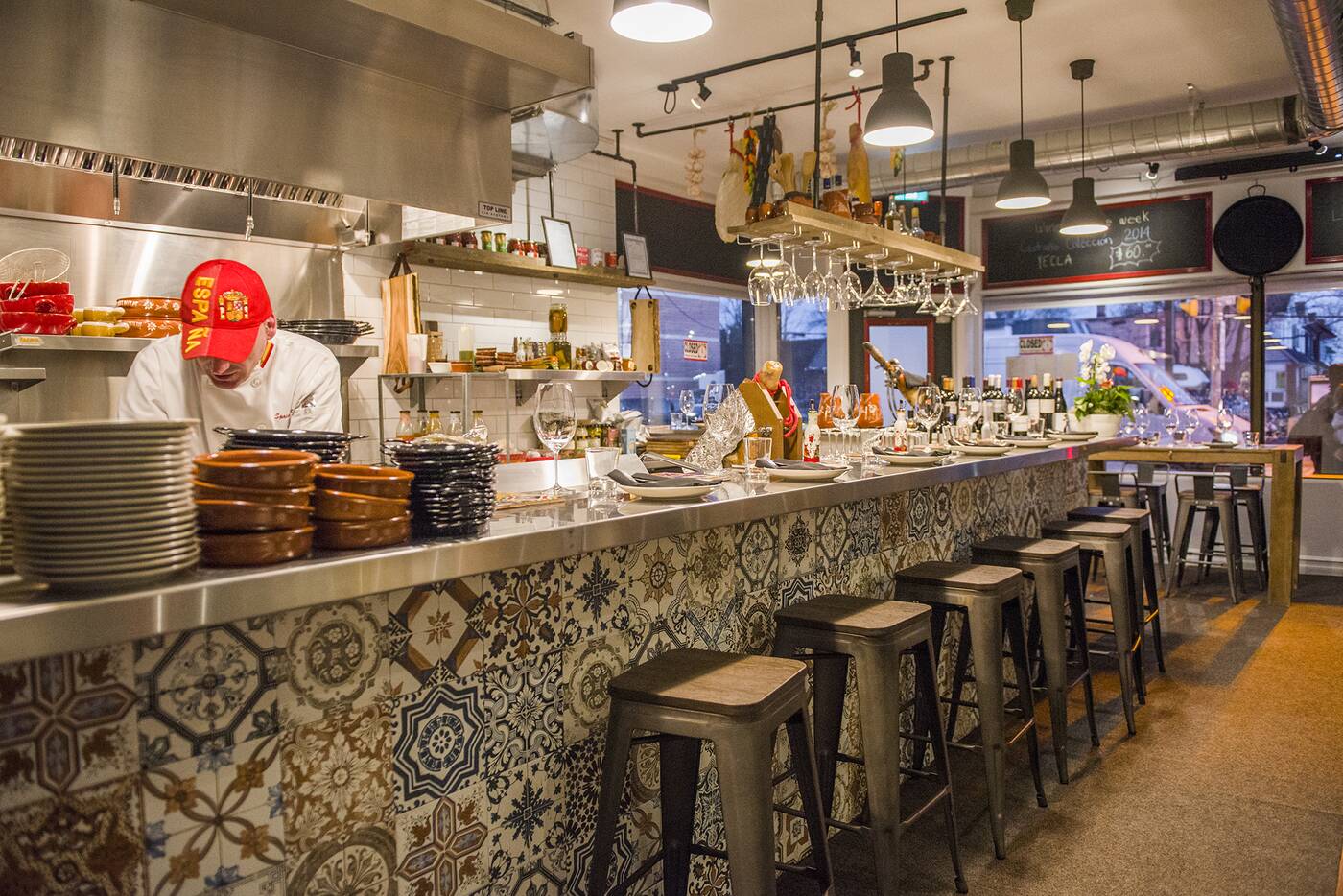 This is owner Angel Goni’s first restaurant, though he’s previously run a catering company and been a food and beverage manager in Madrid, and co-owns the place with Gabriel Manailescu. 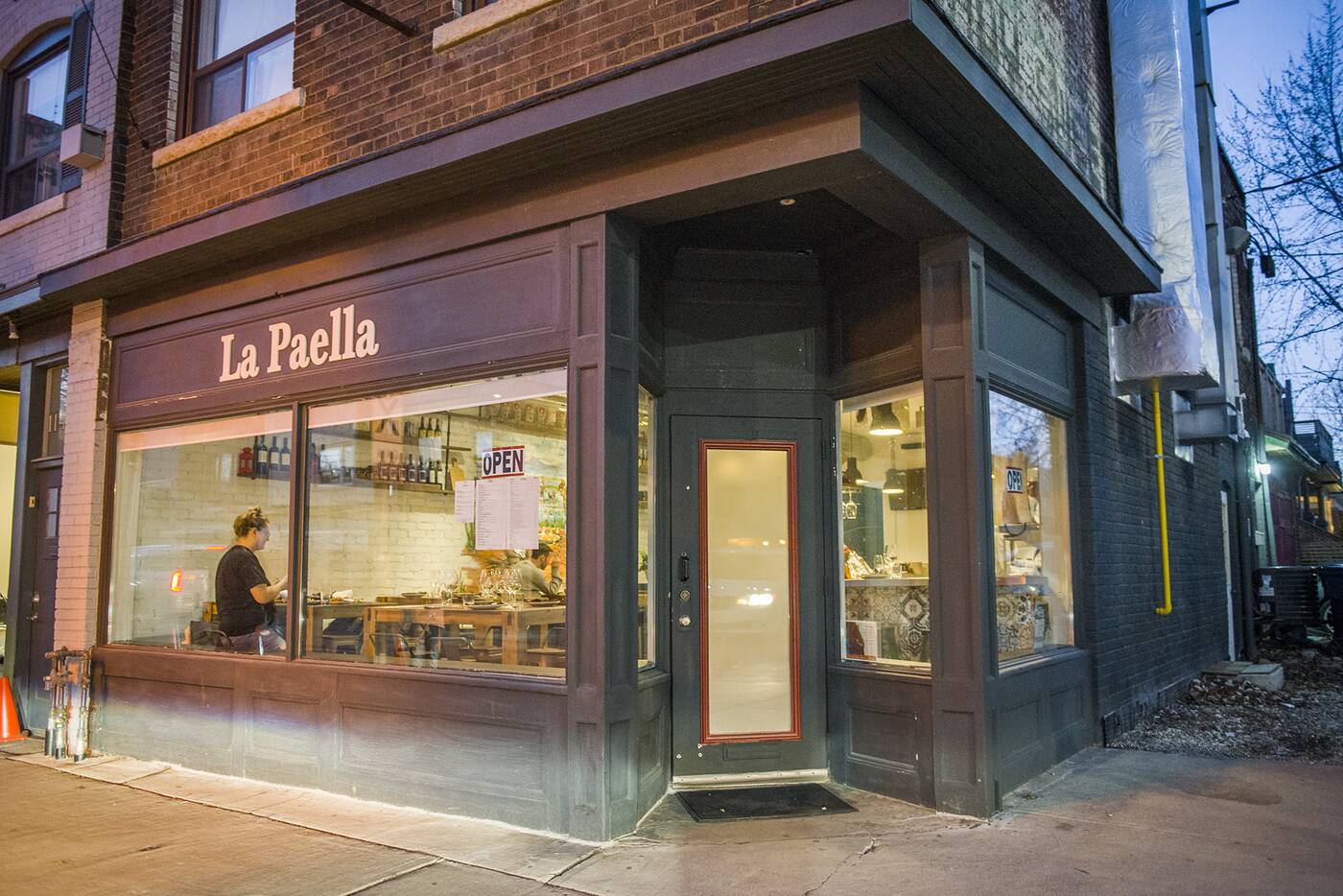