Kitch isn't the type of place that's easy to assign a genre to. Upon entry, it looks inescapably like bar. Scrolling through the menu of Mexican-inspired offerings, on the other hand, one could be forgiven for claiming it as a restaurant. A trip up to the second floor brings with it the notion that perhaps the less strict "lounge" would be the best descriptor. Rather than the result of an identity crisis, the difficulty in assigning a label to Kitch has in fact been carefully cultivated by its co-owners, both of whom have ample experience in the hospitality industry. 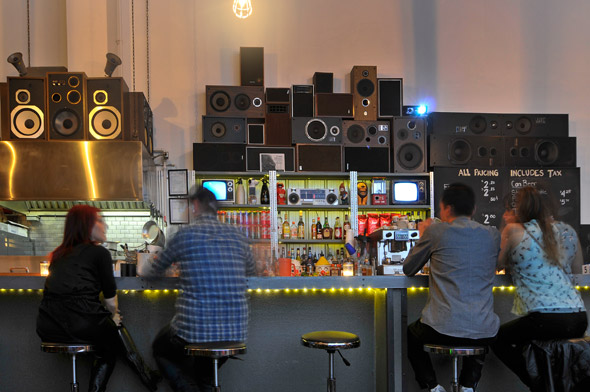 "Being where we are, we need to be as many things as possible to survive," explains Bryan Jackson, one half of the Kitch team and owner of nearby Starving Artist . "We want to avoid being put in a box." That's understandable given the location to which he refers. Although the slick, 2800 square foot retro-inspired interior might seem more at home on Dundas or Queen West, Kitch sits humbly at 229 Geary Avenue, a street better known for its lack of aesthetic charms and ample selection of auto repair shops. 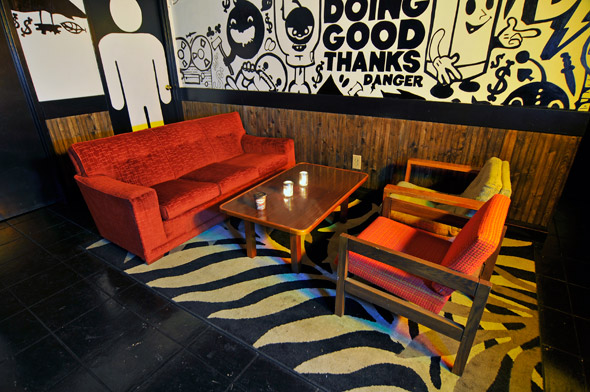 Like its newest addition, however, Geary has its own mixed identity . Beneath its industrial veneer, one finds recording studios, bakeries and bike stores (to cut only a thin slice of the businesses here). In that sense, perhaps this is the perfect home for a chimera like Kitch, the name of which gestures to the kitschy interior and the open kitchen. More pragmatically, Dovercourt Village is underserved by both restaurants and bars ( for now ), so why not deliver the area both? The idea is to welcome food-first groups like young families in the early evening before dimming the lights and raising the speaker-volume on tracks from bands like Tanlines and the XX when the sun has safely set.

Regardless of the changes in atmosphere that Jackson and partner Jose Rodriguez use to establish which category Kitch is trending towards in a given moment, one thing that'll remain consistent is the food, which will be served from open to close each night. Although the menu is still being tweaked in anticipation of the restaurant's official opening (Saturday, May 5), Jackson assures me that the concept — fun, Mexican-inspired comfort food — won't change. 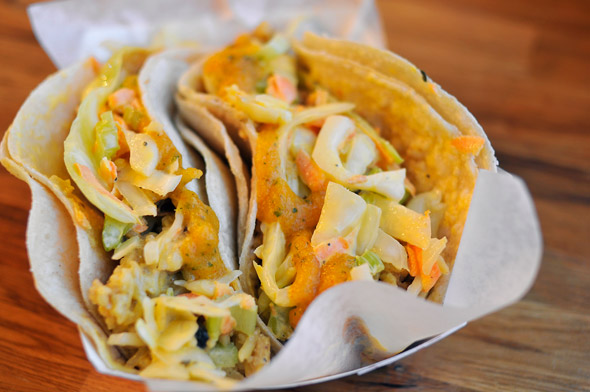 I didn't try the food under blind conditions, so I won't frame my impressions as a review so much as a preview of what's to come. With taco offerings ($7-9 for two) like the Hole Mole (roasted pork with avocado, onion, cilantro, and mole), Jerk Chicken (pulled chicken, rice, beans, green onion, coleslaw and spicy pineapple salsa) and Cheeseburger (ground beef, cheese, lettuce, tomato, and pickle), the menu is so very "now." It's also quite vegetarian friendly, with numerous dedicated items for those who shy way from meat as well as substitutions that don't seem like merely an afterthought. 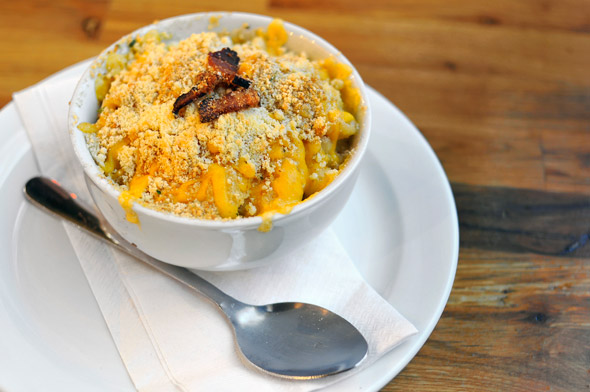 Having tried about half of the food on offer here during the three visits I've made, the standout dishes for me so far are the Spicy Mac & Cheese ($8) and Jerk Chicken tacos. If you're not a salt maniac, the Veggie Nachos ($12.50) are also worthy of note — though some might find them to be bit less robust in the flavour department than their colourful appearance promises. On one visit, my companion proclaims them the best she's had; on another, the response is muted. In any case, they really come into their own when combined with the accompanying guacamole, which is superb. 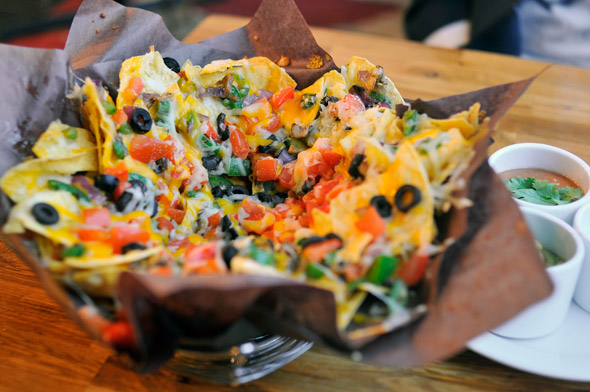 On the drink front, the menu is currently rather pared down compared to the cocktail heavy lists that now seem standard issue. Sure enough, upon inquiry, Jackson confirms that a more substantial list is on the way, but that he and his staff want to shore up the food menu before finalizing the cocktails. In the meantime, the Margaritas ($7.50) and pitchers of Sangria ($19) hint at what's to come — as do the non-alcoholic Mexican Kool-Aids, which when spiked and served in a saltily rimmed glass, are pretty much divine. Standard beer offerings round out the menu, with a can of PBR coming it at $4.25. 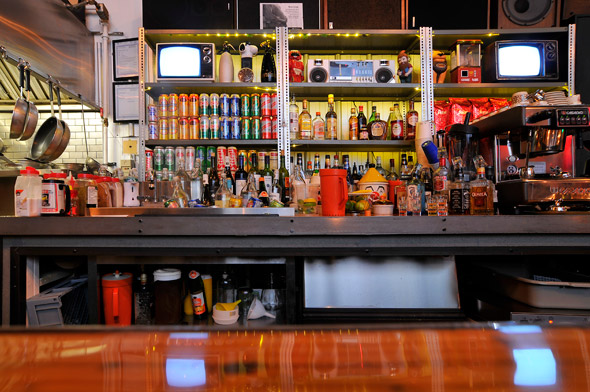 Kitch may be tough to pin down, but as someone who lives nearby, I have to say that the logic of this do-it-all approach has started to grow on me. I've yet to stop by early in the evening, but the west-facing (and very private) side patio could prove a major draw when the temperatures warm up, and the down-to-earth menu should appeal to neighbourhood residents who've been starved for a local they can call their own.