Kenzo Ramen is bringing a revolution to our fair city, a ramen revolution that is. With noodle nosheries like Momofuku taking Manhattan by storm and similar chains established on the West Coast, Toronto is perhaps one of the few final frontiers to popularize this age-old dish.

Luring those among us who are a wee bit apprehensive, Kenzo's storefront is plastered with detailed photos mapping out the culinary journey ahead. Immobile in front of the facade, I learn that ramen was first brought over to Japan by Chinese migrants in the 19th century. The soup noodle quickly swept across the nation, particularly during wartime when people sought a cheap, easy way of nourishment.

With a belly aching for warm soupy goodness, I head into the ramen shop on a weekday afternoon. Inside, Kenzo Ramen is no different than any other sushi joint in town. Typical wooden table sets and pseudo Japanese cloth screens adorn the split- level dining room. Service is straightforward and efficient, however could use an extra touch of friendliness or perhaps even a smile. 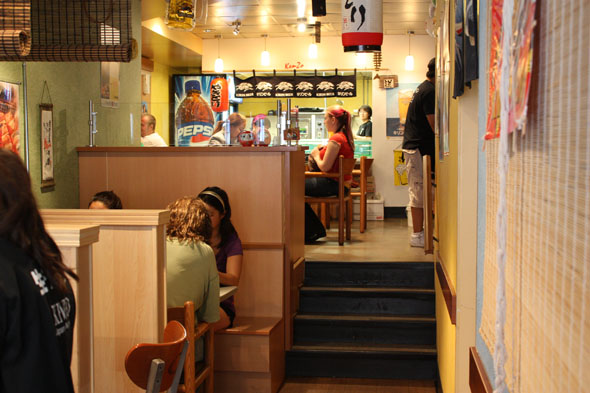 I'm disappointed to find out that their signature Tonkotsu ramen, a pork bone based broth that is simmered for over 20hours, has been temporarily pulled from the menu. I settle for Sho-yu ramen, ($6.95) a dark soy sauce based soup, garnished with thin slices of fatty pork,a single sliver of Japanese fish cake, sautĂŠed bamboo shoots, thin slices of dried seaweed, green onions and half of a marinated soy sauce egg. The noodles are thin and bear a springy texture that only freshly made noodles can have. 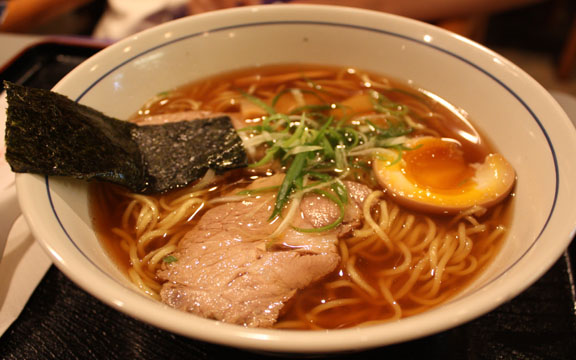 We also order Shi-o Ramen ($5.95), which is almost identical in appearance, except that it has a lighter broth and is minus the tasty demi egg. 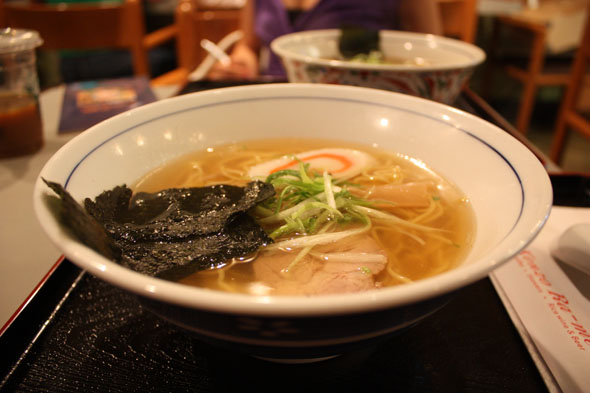 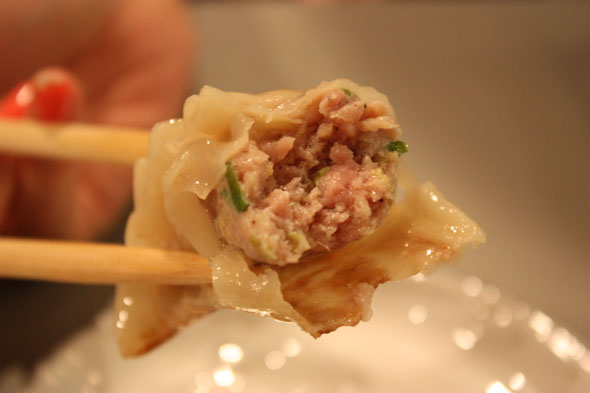 Many may scoff at Korean owners Daniel and Jane Park along with Chef Fang Yong Song for opening a traditional Japanese ramen shop; however, they have dedicated the past 7 years to perfecting the art of making the best bowl of brothy noodles this side of the Pacific. The Parks don't skimp on details and painstakingly import most machinery and ingredients from Asia. 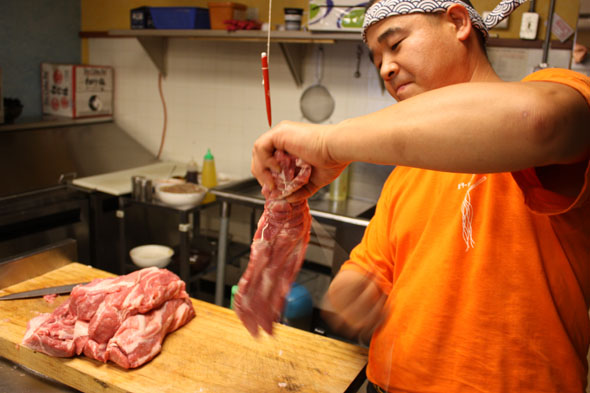 Always a few steps ahead, Kenzo Ramen will be offering izakaya style fare (including an array of kushimono, skewered meat sticks) to its evolving menu come autumn. 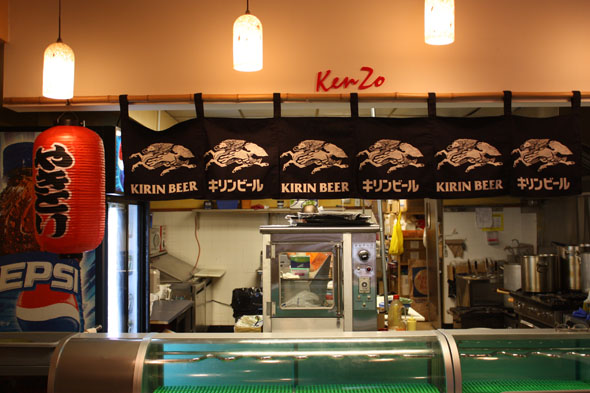 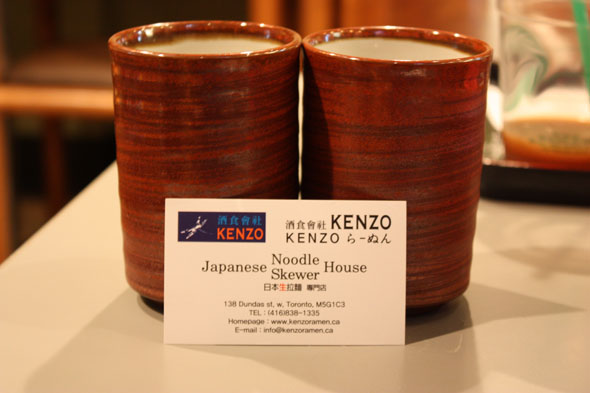