Juice Dept. has been under construction for the past year, finally revealing itself to the Kensington community for the first time this week.

Hitomi Kobayashi decided to open up her own juice bar in Kensington Market after she grew tired of the trek to The Big Carrot for fresh, quality juice. The trouble is, Sadie's Juice Bar beat her to the punch. While Hitomi was renovating the space almost totally on her own (which explains the year-long delay) Sadie's opened up its own juice spot just a few doors down. 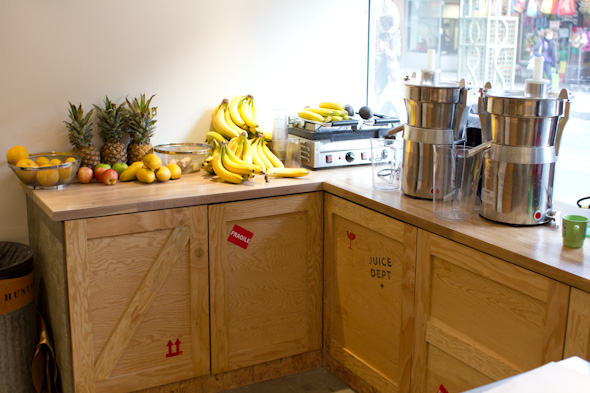 "It's okay, the more the merrier," Hitomi replies when I ask about her feelings on the scoop. "We're different in a lot of ways, I think there's enough room for both of us."

Sadie's and Juice Dept. diverge in terms of offerings, but to me, at least superficially, it is more about the vibe. Sadie's is more colourful — literally and in terms of the drinks it serves — whereas Juice Dept. is simply and straightforwardly about clean eating, health, and nutrition. That's my impression, at least. 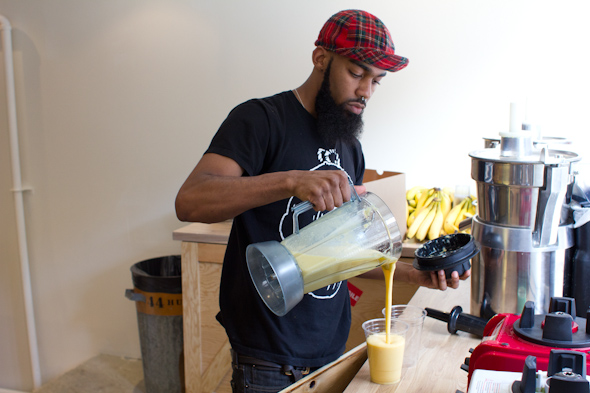 Hitomi walks me through her renovation, noting where she tore down walls, built new cabinets, and laid a type of faux-concrete for the bar. I quickly learn that Hitomi is a bit of a Jack (Jill?) of all trades, having worked as an apprentice in Ottawa and studied at the Institute of Holistic Nutrition. She tells me she has been exploring healthy eating since the age of 16, and Juice Dept. represents that knowledge finally put into practice. 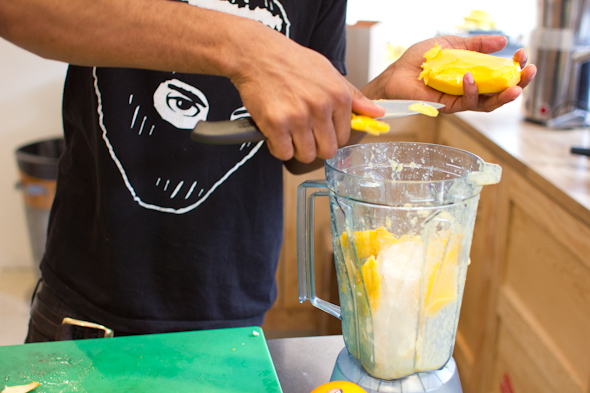 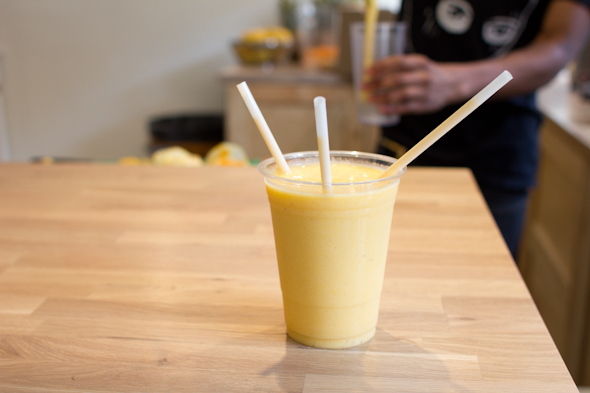 There are a few already crafted concoctions, and I decide to try Hitomi's favourite - the 'Victory' blend of avocado, kale, orange, apple, banana, and passionfruit. Nothing is precut (the passionfruit is juice), and while it might take a few seconds longer to prepare, I don't mind watching as Hitomi peels a banana and scoops out the avocado in favour of ultimate freshness. The finished drink is a speckled pea-green, frothy and light with plenty of natural sweetness (and little kale evidence, for the veggie naysayers). Since it was an unusually warm day, I maybe would've tossed in a little more ice, but other than that the drink was evenly balanced, smooth, and delicious. 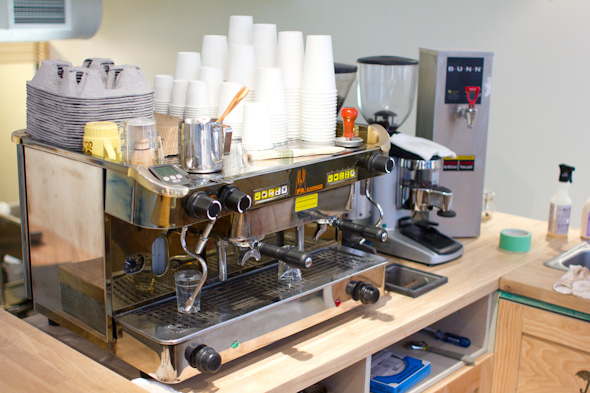 Juice Dept. also offers coffee drinks (everything but drip) using bird-friendly beans sourced from Birds and Beans in Etobicoke. Though she might look into offering small snacks some time in the future, for now, after a year of renovations and a surprise new neighbour down the road, Hitomi is just happy to press fresh, healthy juices. 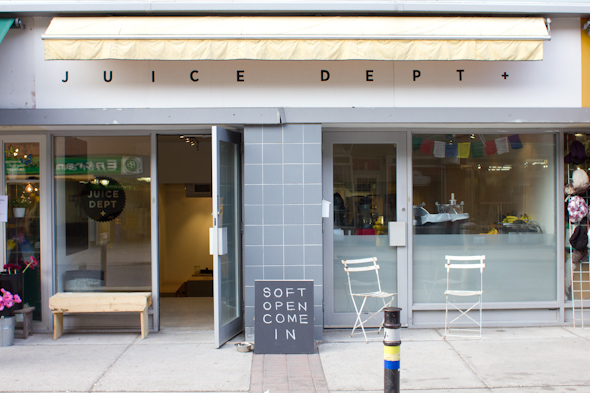