Another project to come from the Vancouver-based izakaya chain Zakkushi Group, Jugemu can be found directly below Zakkushi's popular location in Cabbagetown. 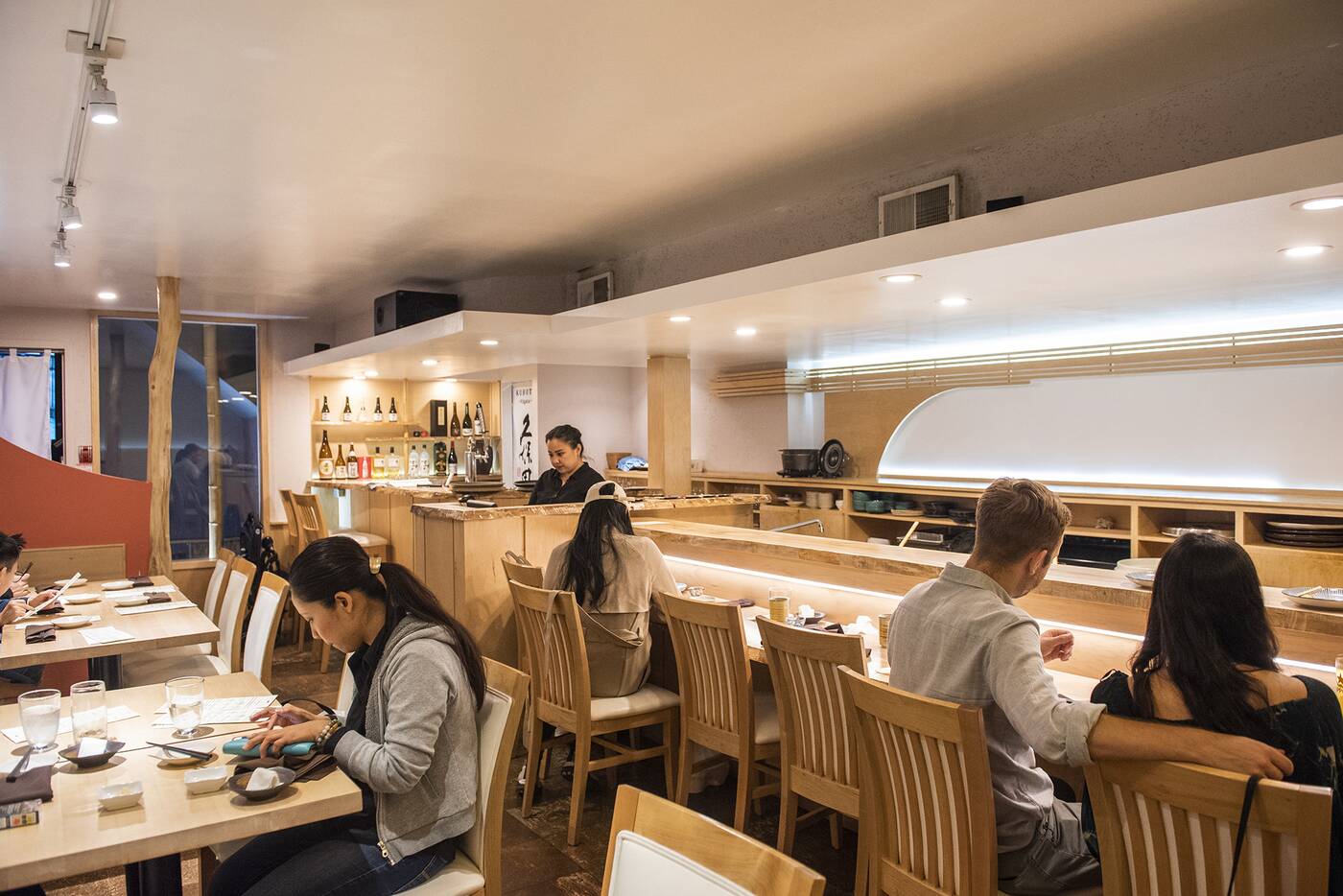 With a capacity of just under 30 people, this subterraneous spot has a casual atmosphere that feels much warmer than other authentic Japanese restaurants with similarly refined menus. 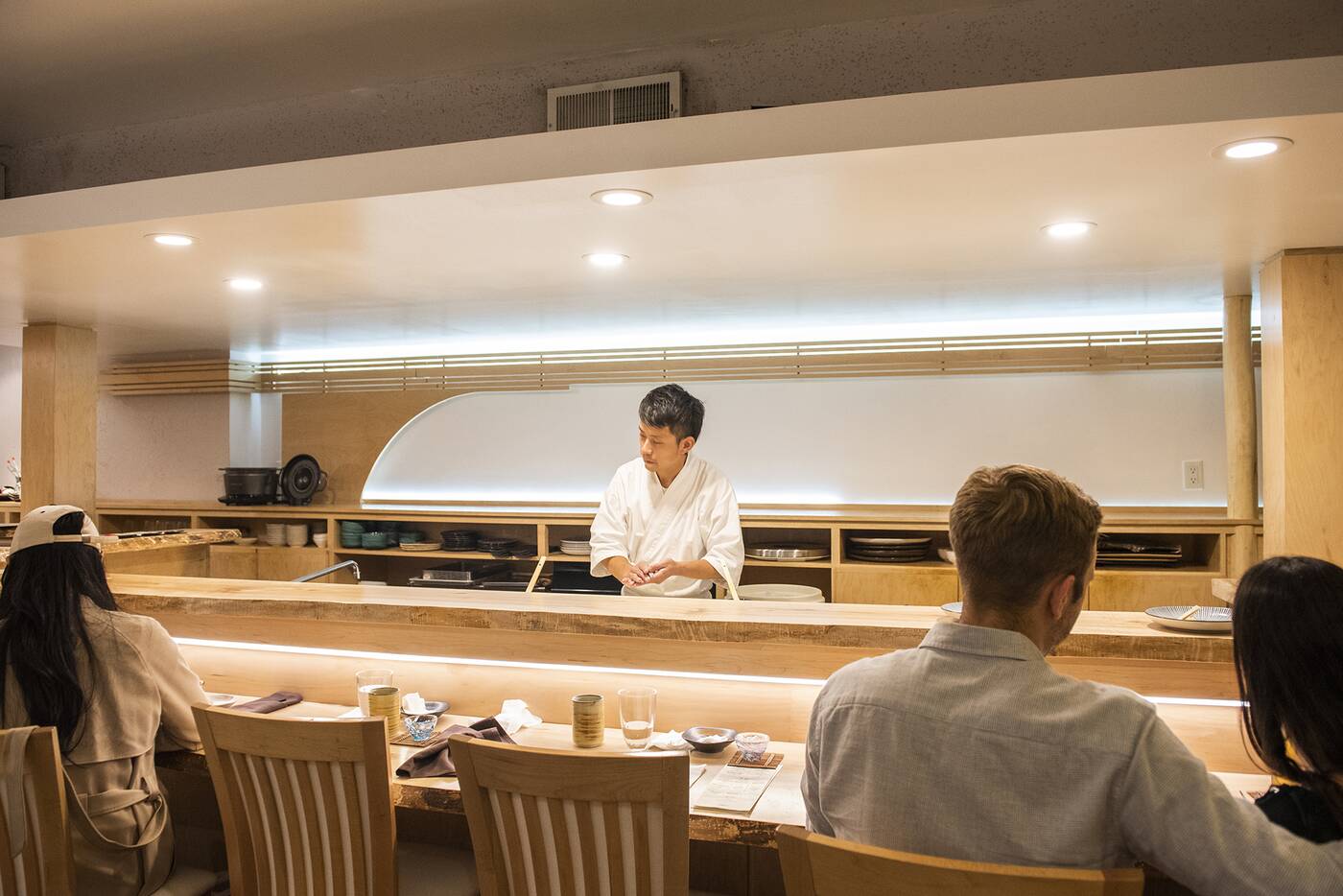 Jugemu is headed by Chef Koji Tashiro, the celebrated chef whose decades-long career (he's been a sushi chef since he was 17 years-old) includes helming Ja Bistro and Tokyo's Sushi Ya. 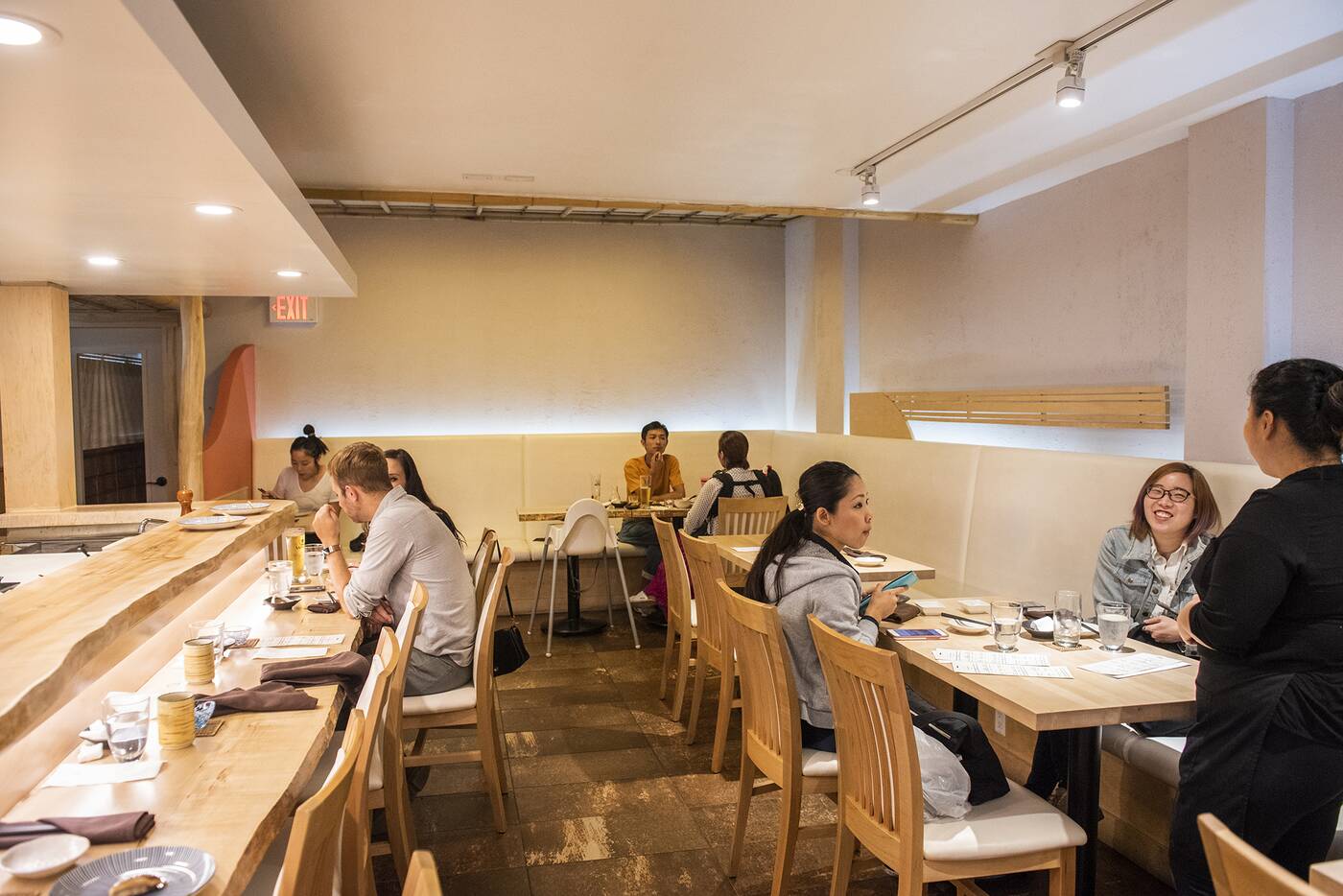 While not wholly an omakase, Jugemu's lean menu offers three options of assorted sushi combos selected by the chef alongside a larger offering of tapas. 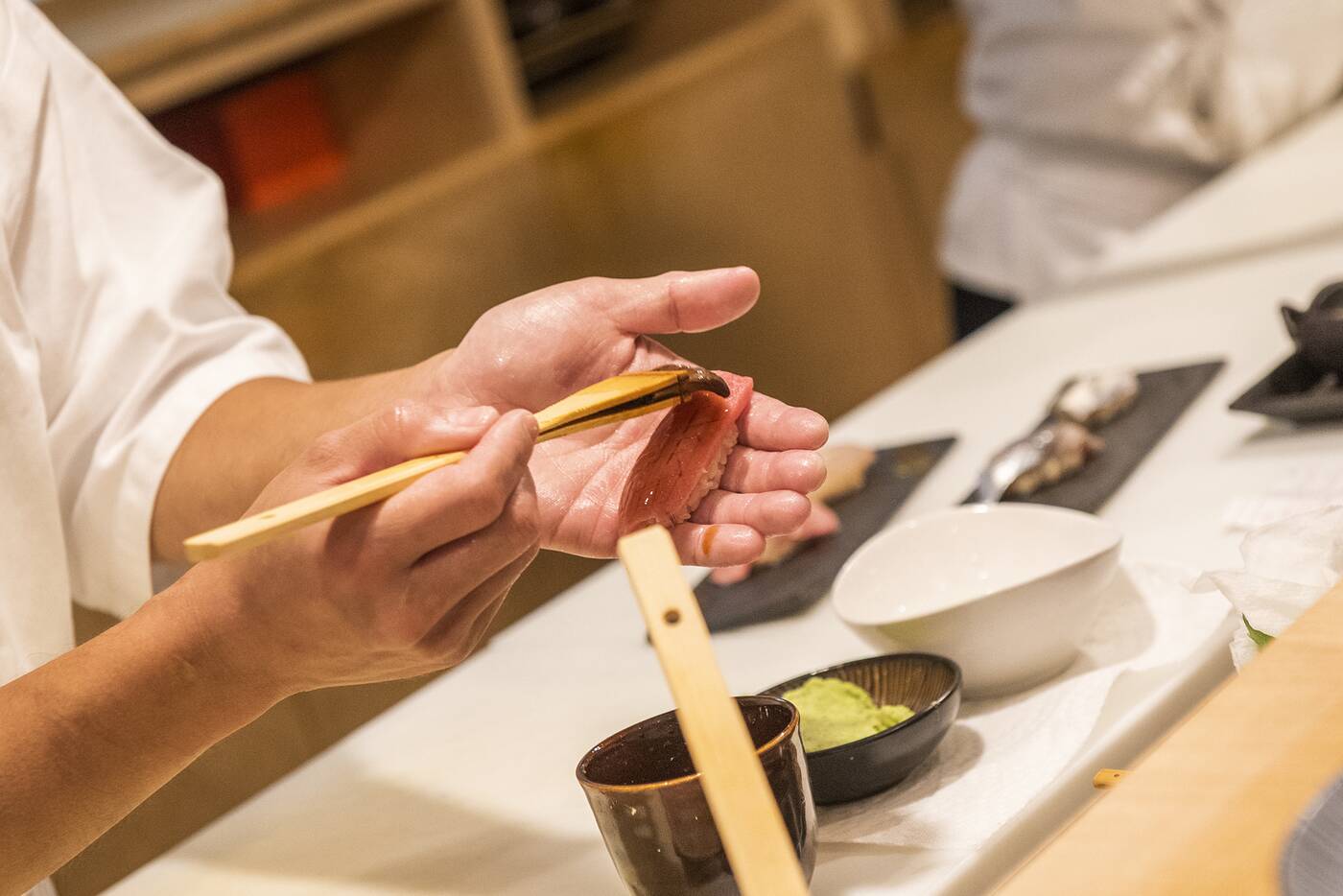 Hence, if you're opting for the popular cyonburi ($70) option, which gets you 12 pieces of sushi handpicked by Chef Koji, the best option will be for you to snag one of six covetable seats at the sushi counter where you'll be told exactly what you're eating and where it's from. 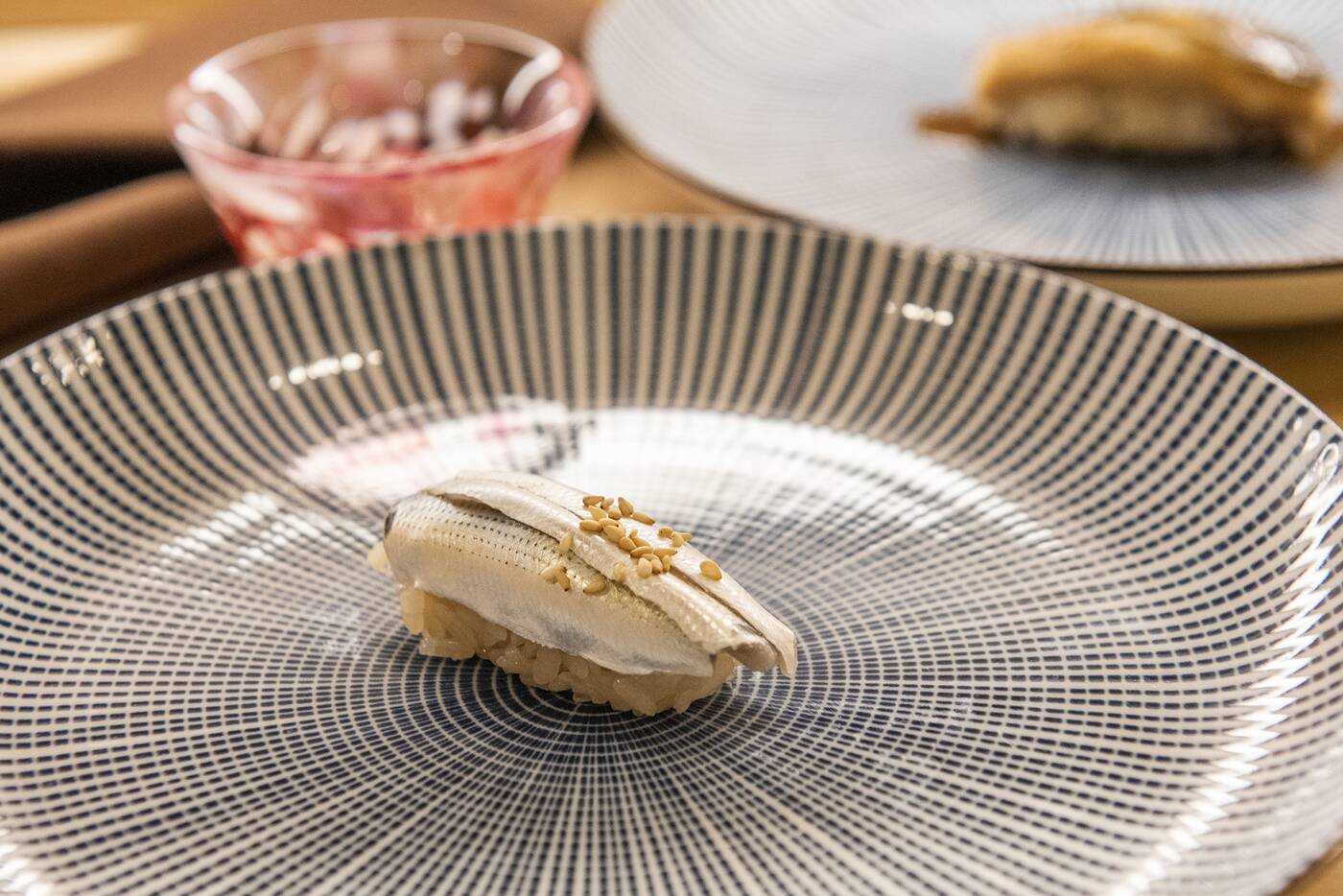 Fish here is brought fresh every two or three days, with the bulk of it arriving on Thursday. All blue fin tuna comes from Mexico, and nearly all silver-skinned fish like gizzard shad arrive from Japan, as does the majority of shellfish. 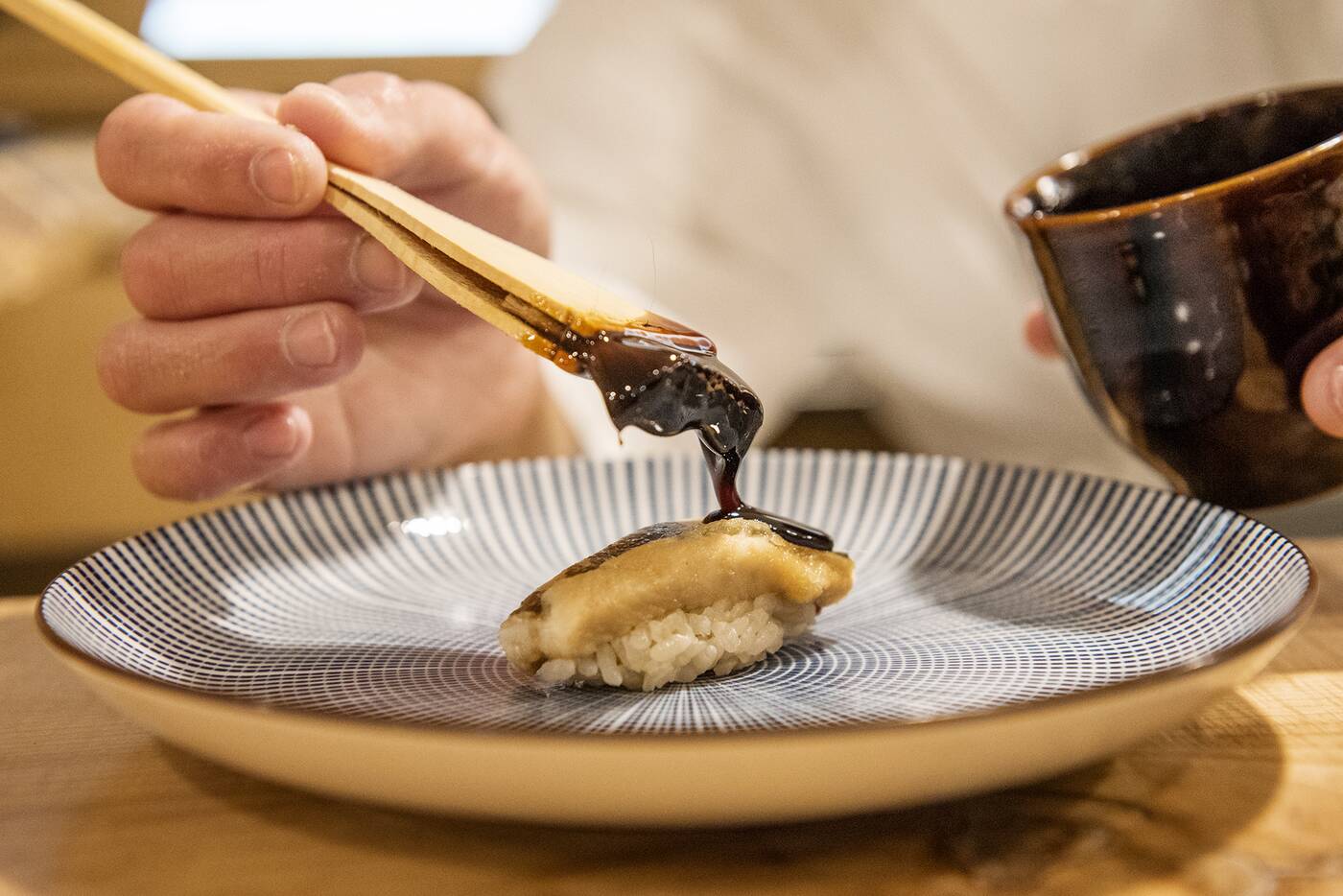 You can order any of the nigiri by themselves. Prices range from $4 for fish like mackerel from Norway to as expensive as $18 for Japan's prized uni dish, though there's also a sea urchin option from Boston for $8. 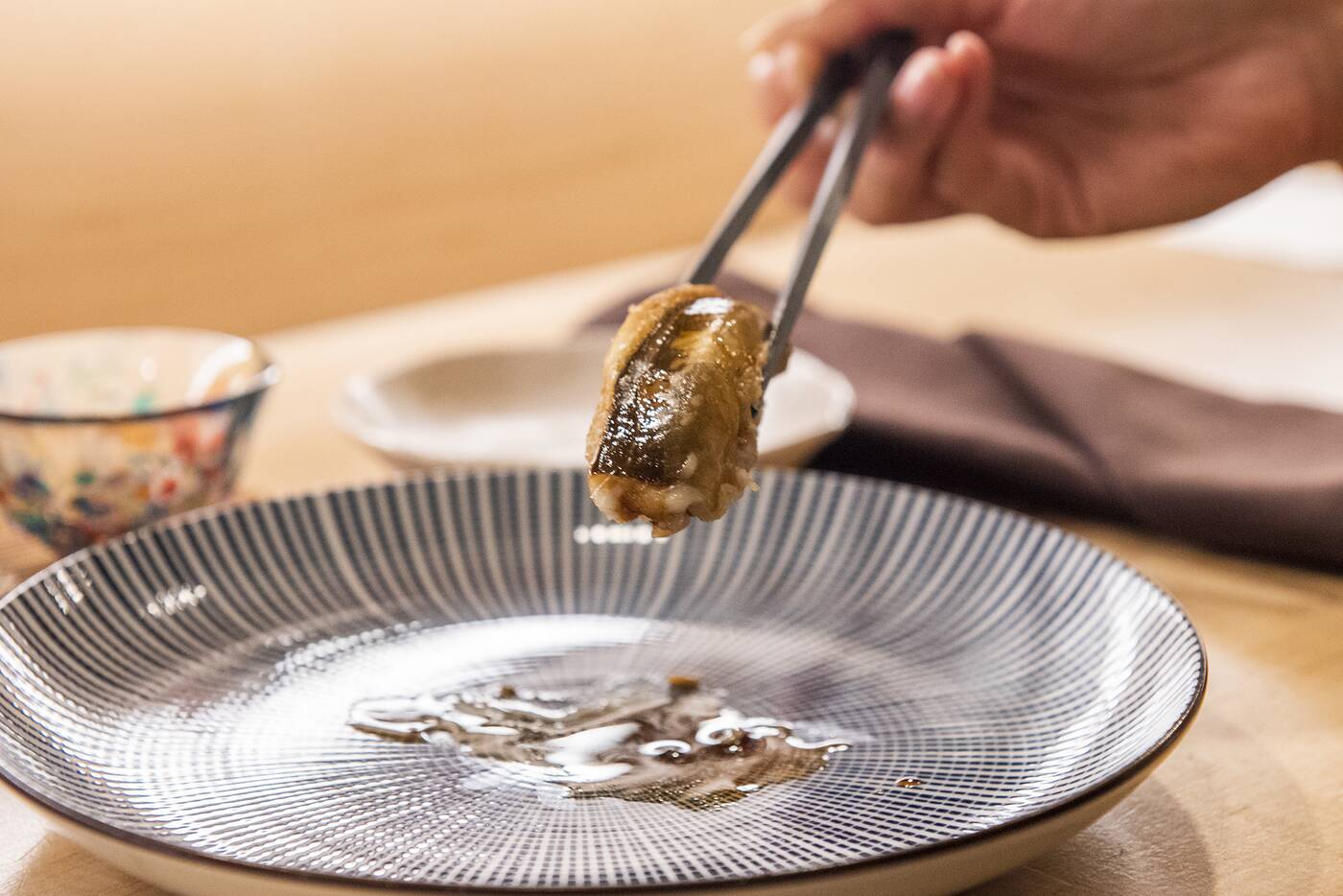 The conger eel nigiri ($8.80) is a highlight, brought fresh from Japan. Sushi here is generally less rice-heavy than other restaurants, I'm told, to allow all the fishy flavours to really come through. 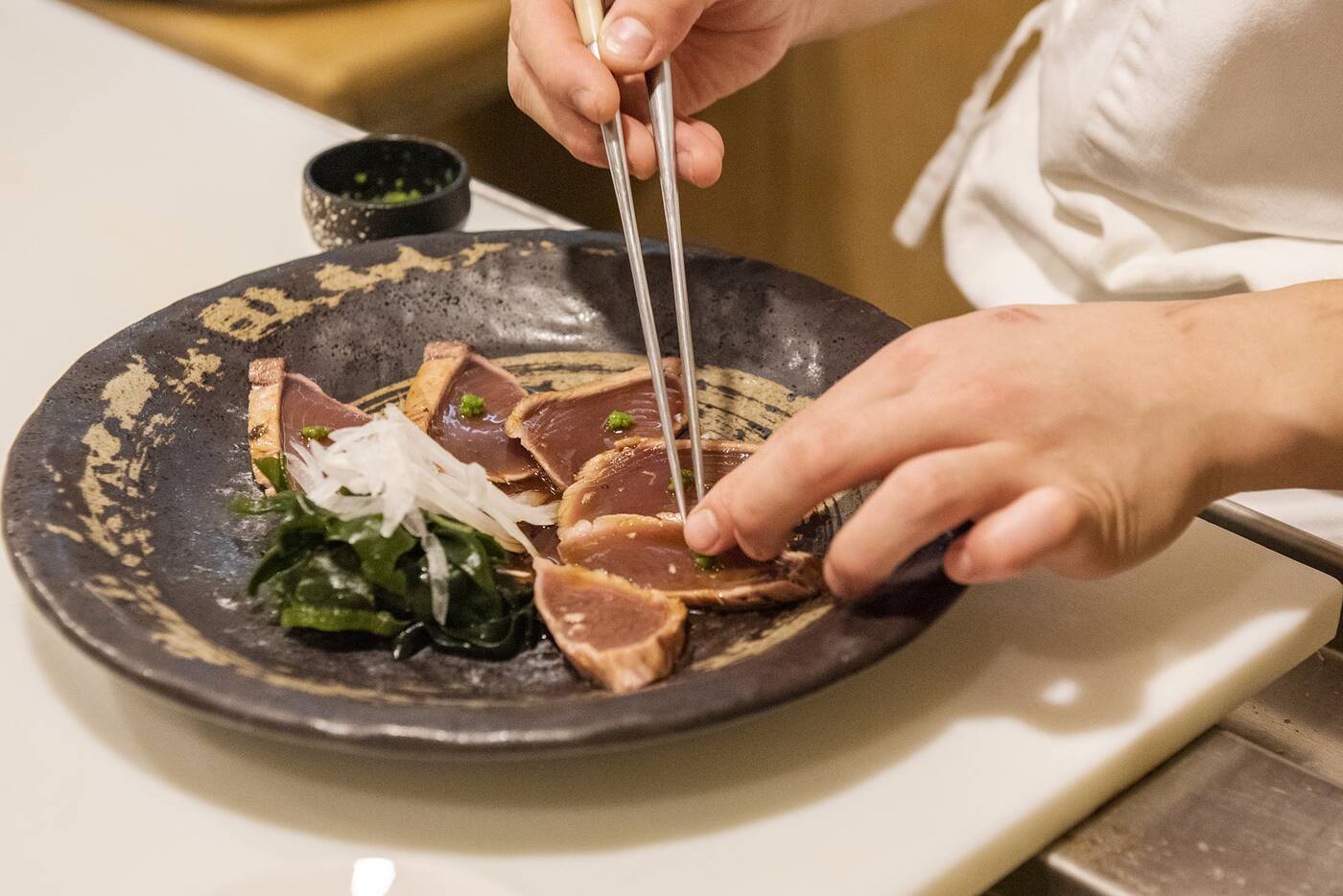 Nine tapas options offer decently sizeable options that can be shared, sparingly, between a couple or more. There's also a soup option—the arajiru red miso soup with fish stock ($4.80)—that seems worth a try. 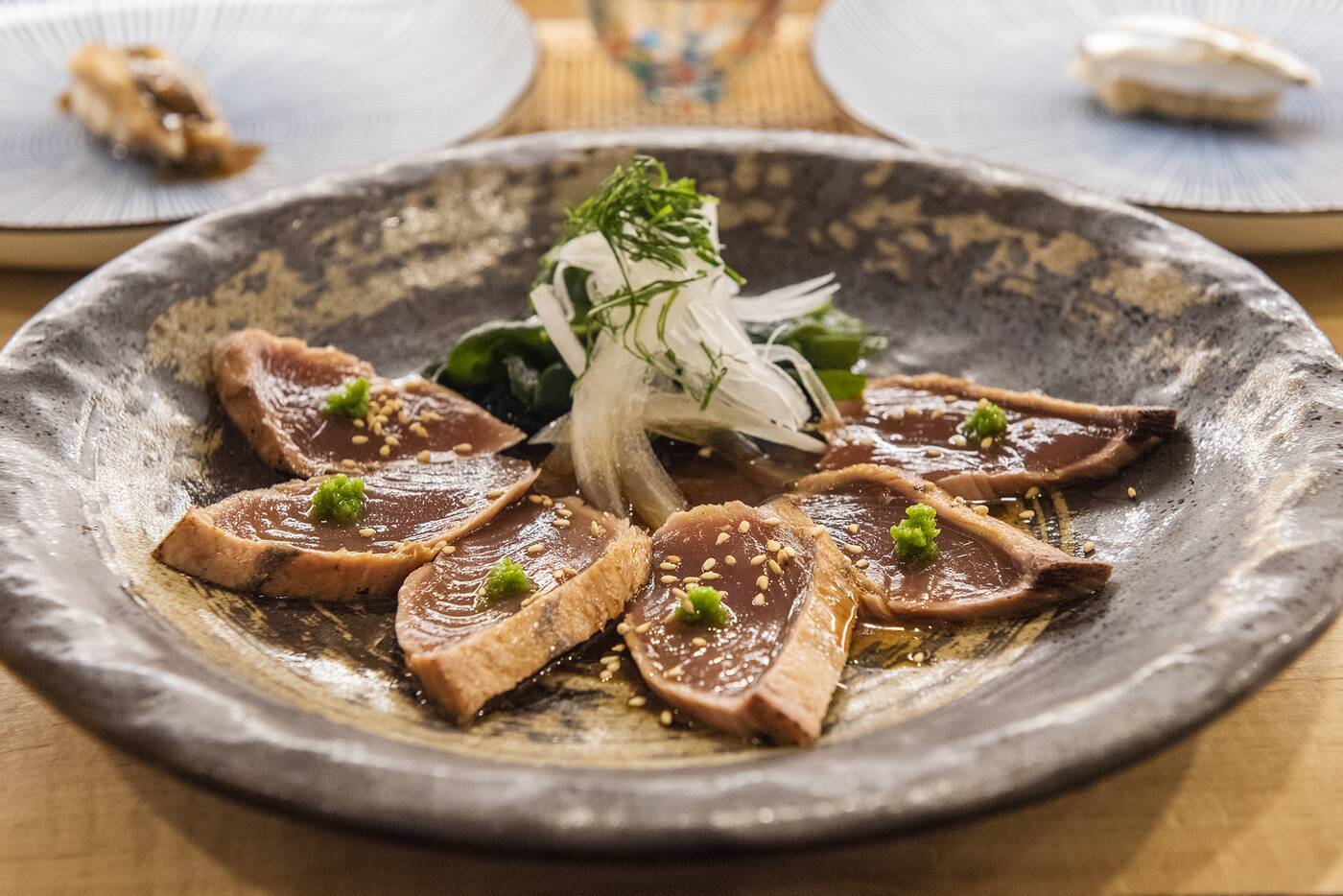 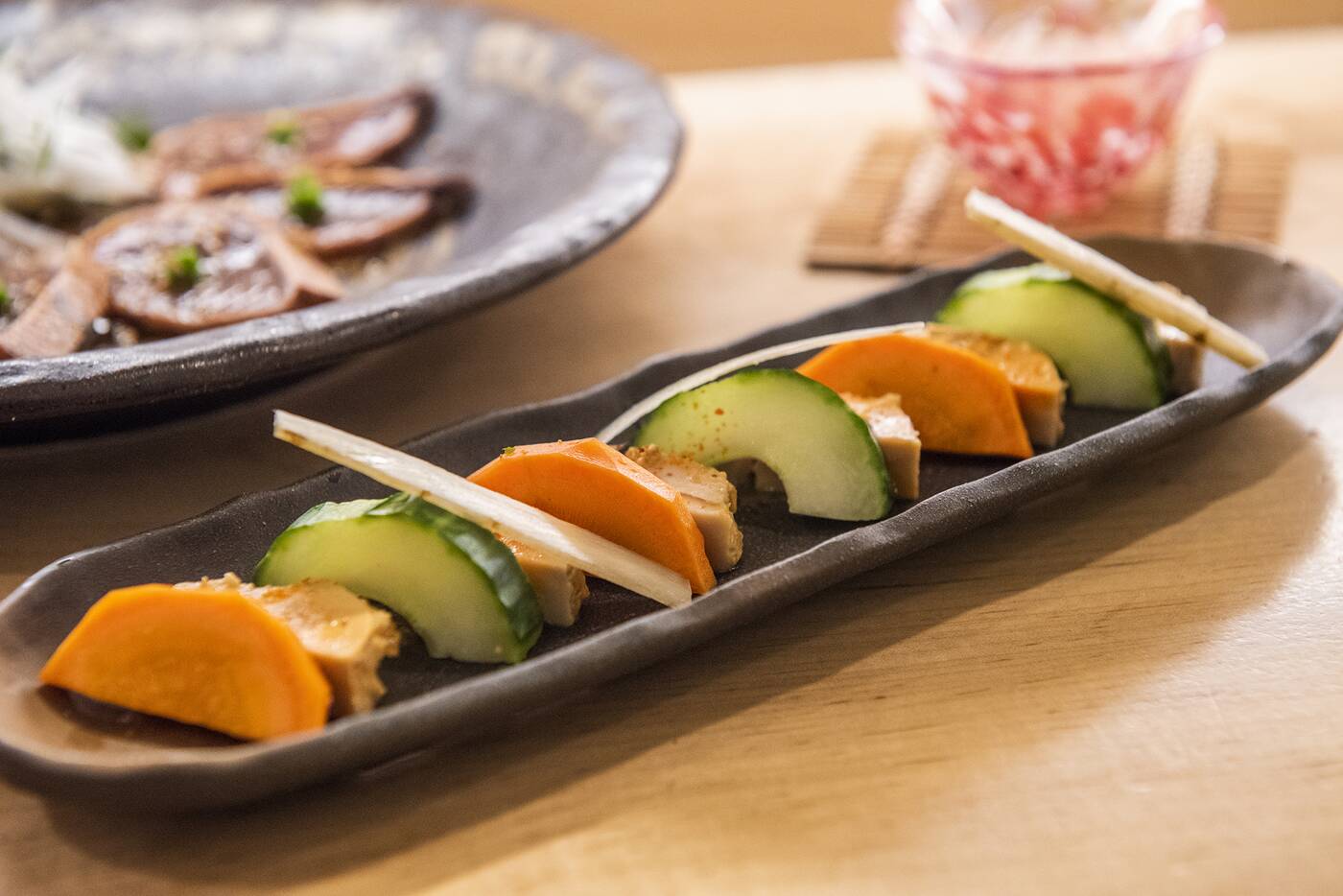 The ankimo ($10.80), marinated monk fish liver, is a unique order that comes strong with the miso flavour. Using sweet white miso originating from Kyoto, this super creamy dish is joined with some cucumber and carrots. 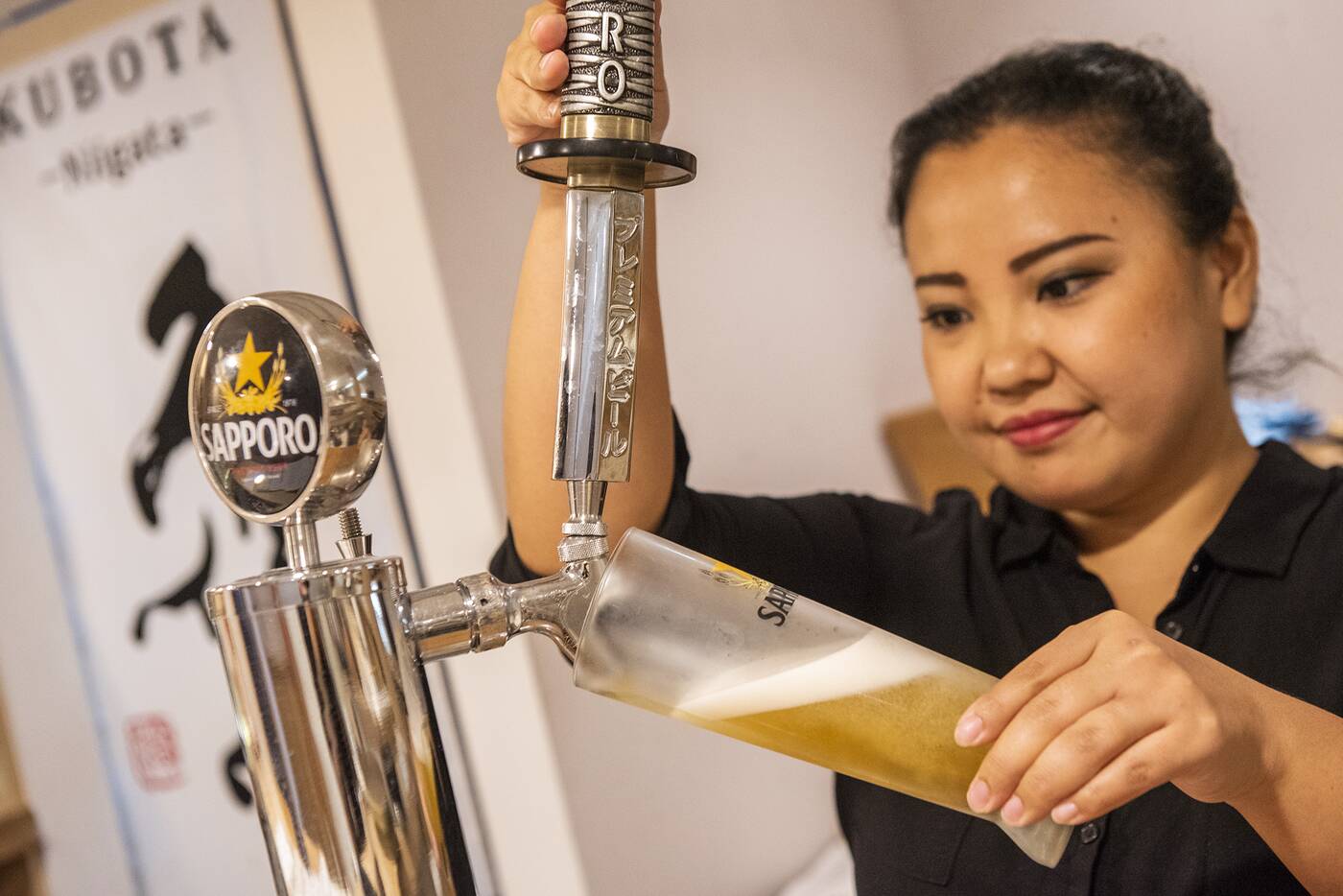 For drinks, there's around eight sake options including the rather rare Tatenokawa 50 Junmai Ginjo sake, filtered ($120 for 720 mL). On tap you'll find Sapporo and bottles of Asahi, along with a couple bottles of Japanese wine.

A change from the bustle of Zakkushi upstairs, this lowkey hole-in-the-ground is an ideal spot for sushi lovers to revel in some high quality seafood. 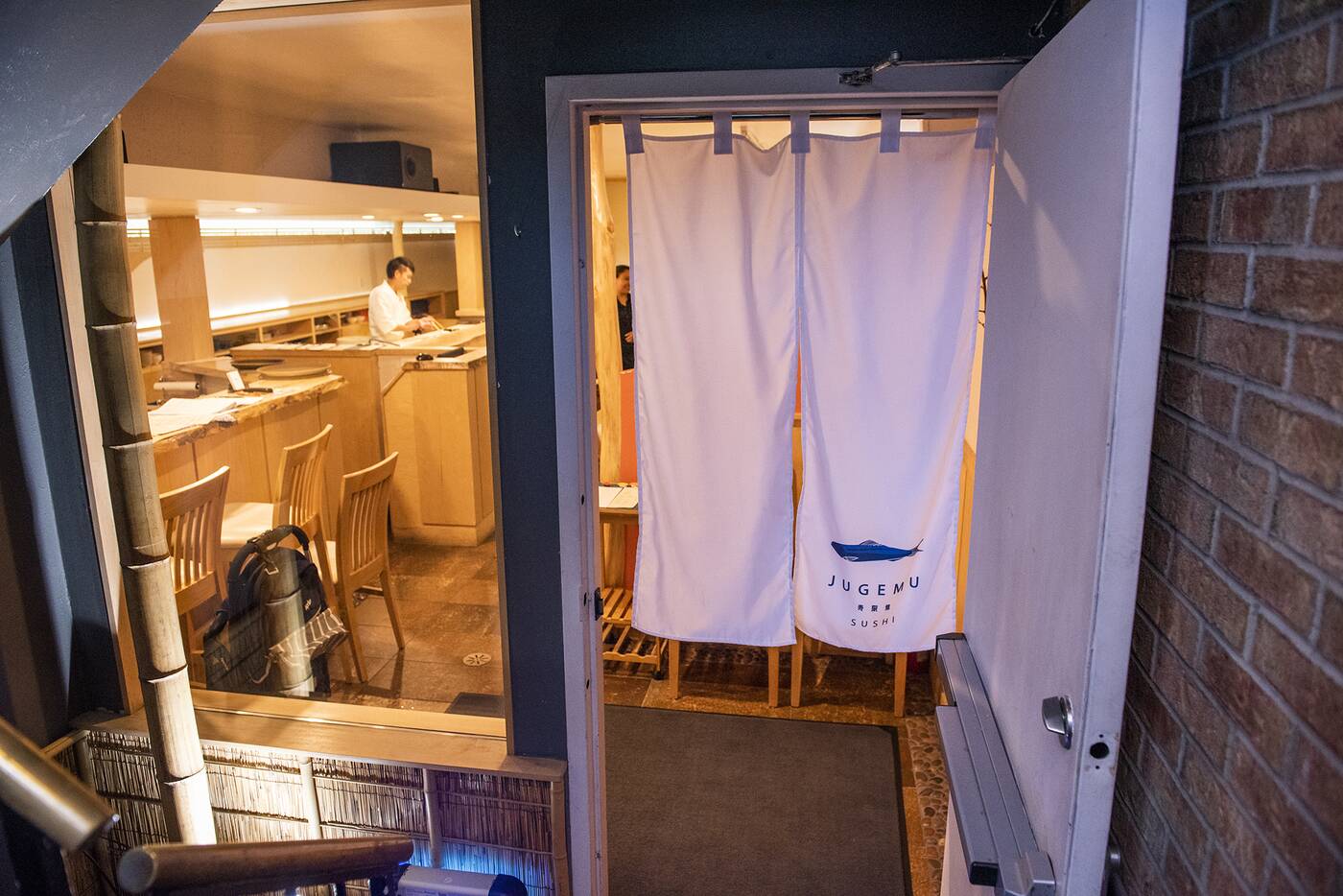