Janie Jones is the place to go for a relaxed and funky reggae brunch. Located on up-and-coming Gerrard East , the restaurant is helmed by Dave Love, former owner of The Old Laurel and The Bristol Yard - he's been serving up British cuisine to Toronto for years. 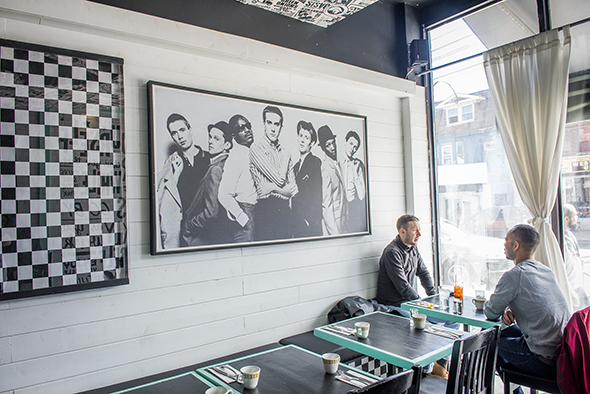 And while Janie Jones is somewhere you can go to get a classic full English breakfast, the theme is actually "British mods on holiday," meaning British items get a bit of a kick from an exotic influence. 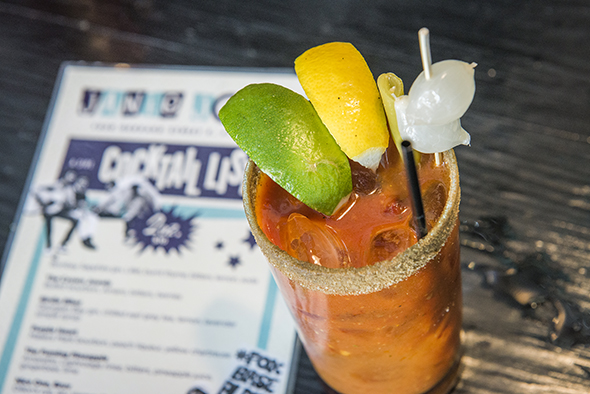 A good example of the theme is the vindaloo caesar ($8). Masterminded by Love, it's a surprisingly gluten free take on a caesar that incorporates his own vindaloo spice mix with garden vegetable cocktail, Lukosowska potato vodka, and Henderson's relish instead of worchestershire. The spice mix is in the rimmer, too. 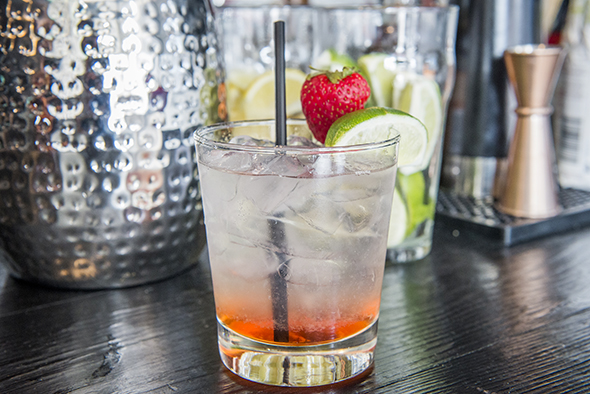 Behind the bar, however, is Sara Reay, who worked tons of bars in Calgary before moving here and working at the Tavern on Spadina. One of her creations is the slightly tamer but still yummy Strawberry Fields ($8): Tanqueray, lime, soda, and a strawberry anise "shrub" she makes herself which is concentrated fruit with sugar and vinegar added. She makes her own tonic in house, too. 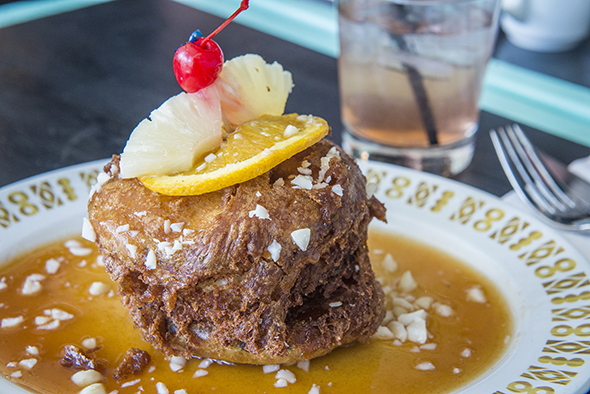 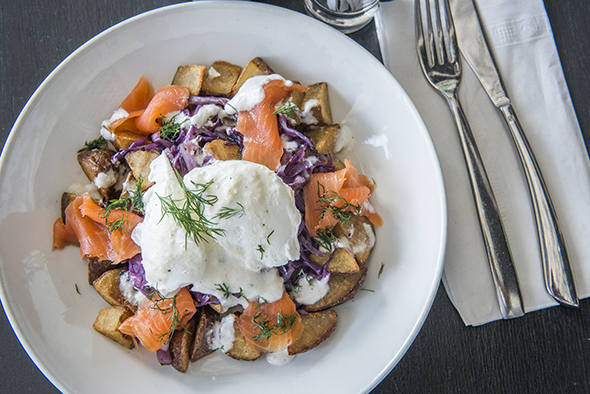 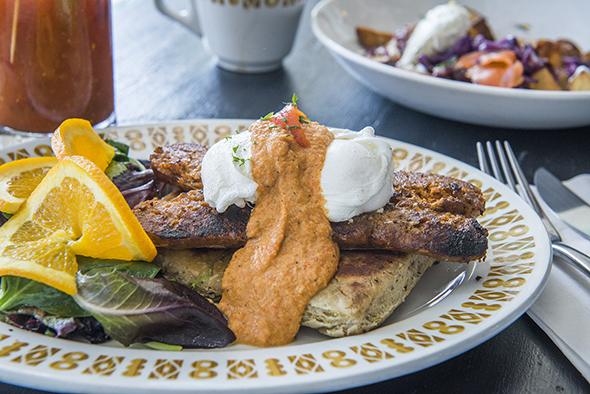 Last but not least, even though those last two dishes were super filling, we try the Eggs Ibiza ($15). A house-made lemon and fennel torta bread is topped with house-made grilled chorizo, two poached eggs and a romesco sauce composed of almonds, ancho chilies and roasted red peppers. It's served with mixed greens. 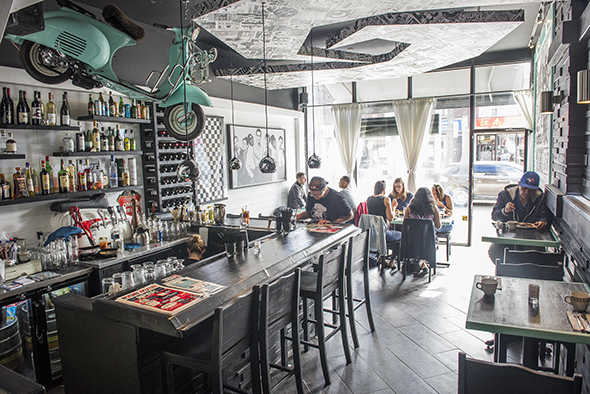 The interior is all British mod with a giant blown-up print of band The Specials on the wall opposite a fun wall designed with lyrics from their song " Enjoy Yourself ." Vintage posters and ads are plastered around the place and a mint green 1959 Vespa VBB Scooter even hangs above the bar, and a piece of a 1957 Lambretta serves as their beer tap station. 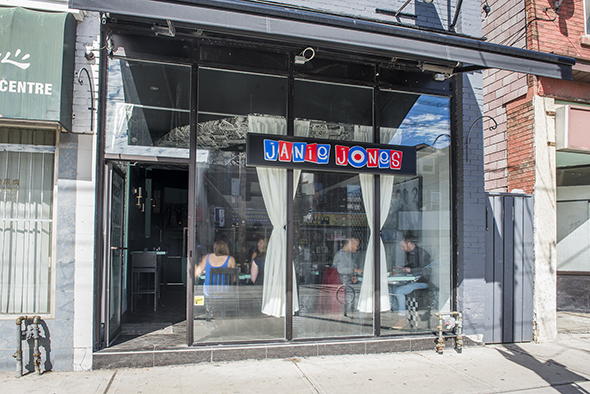