Grand Cru Deli is currently open but their offerings and services may be affected due to the pandemic. Please contact the business directly for more information about any changes. Is this your business? Please contact us if you would like to update this message.

Grand Cru Deli describes itself as “if a wine bar and a deli had a baby.” Though there are no jars of pickles as decor or professional meat cutters to be seen, they follow through on their promise with a long list of curated wines served alongside giant muffuletta sandwiches, meat plates and caviar.

This came about in large part due to affiliated business The Sommelier Factory just upstairs. 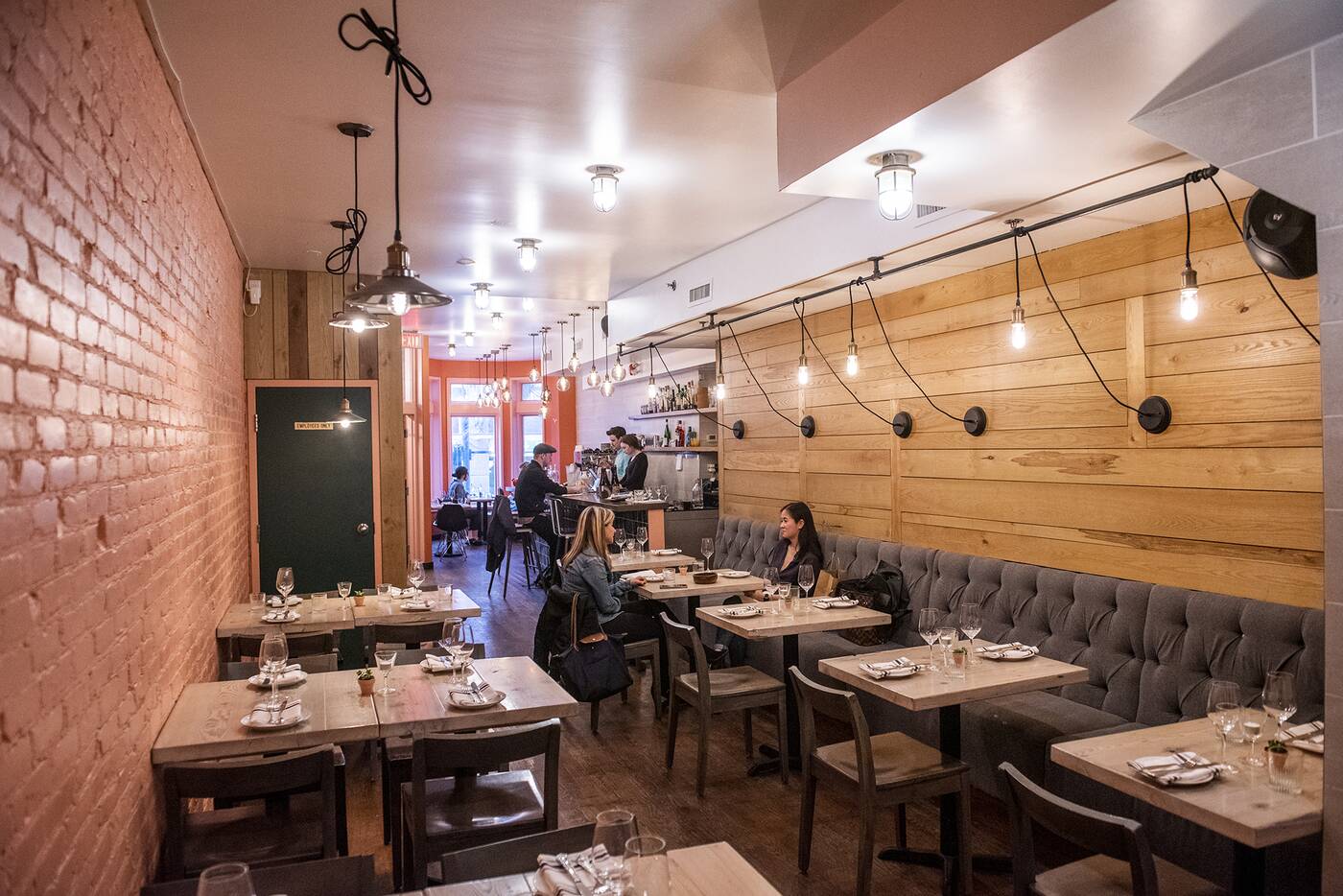 Drinking lots of great wine led to thoughts about what food might go best with it, and the restaurant was born. 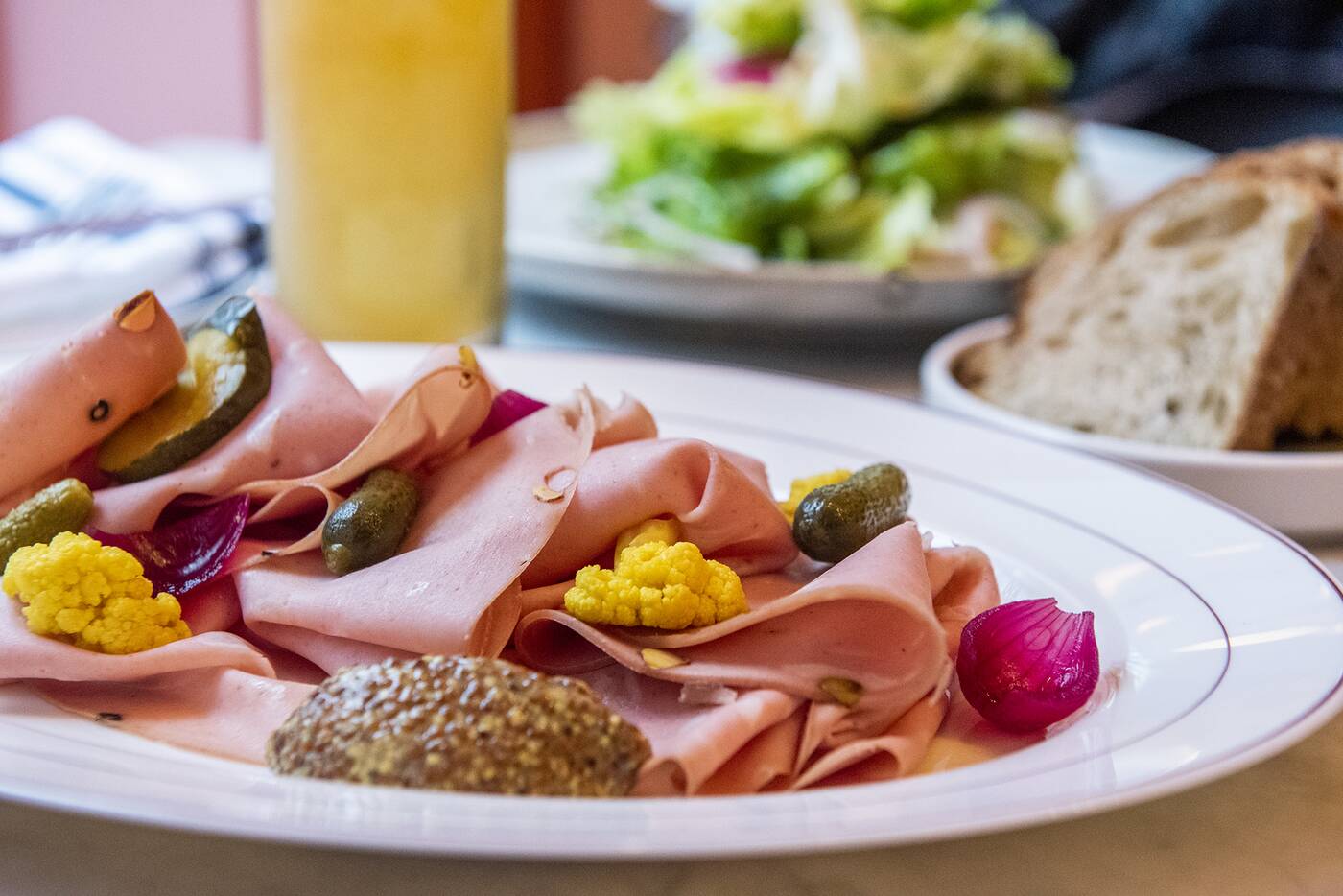 It’s just $8 for a mortadella masterpiece, an oblong plate beautifully laden with furls of thinly sliced, folded mortadella studded with tiny crunchy pieces of pistachio and scattered with homemade pickles that are more boozily acidic than too sour. 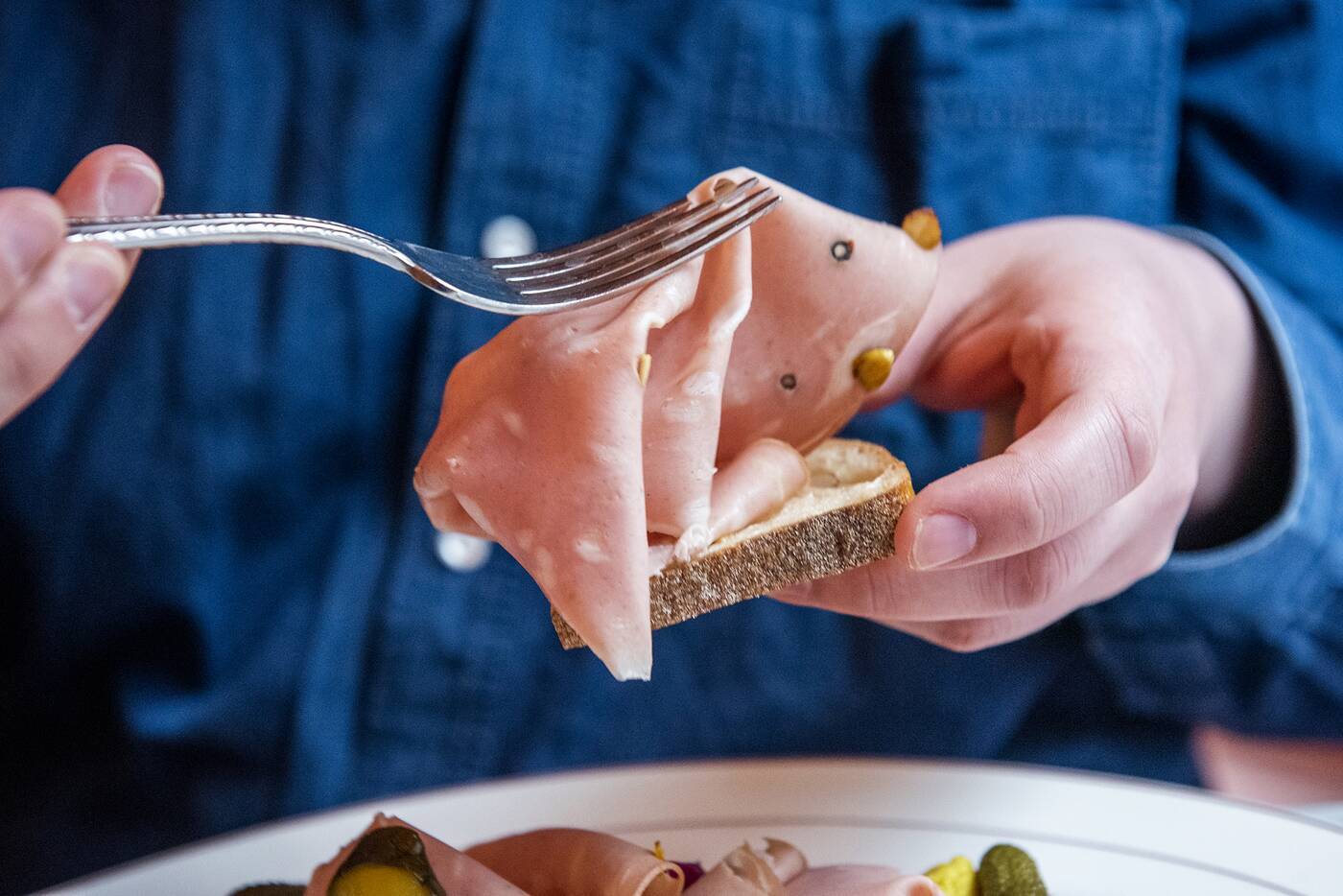 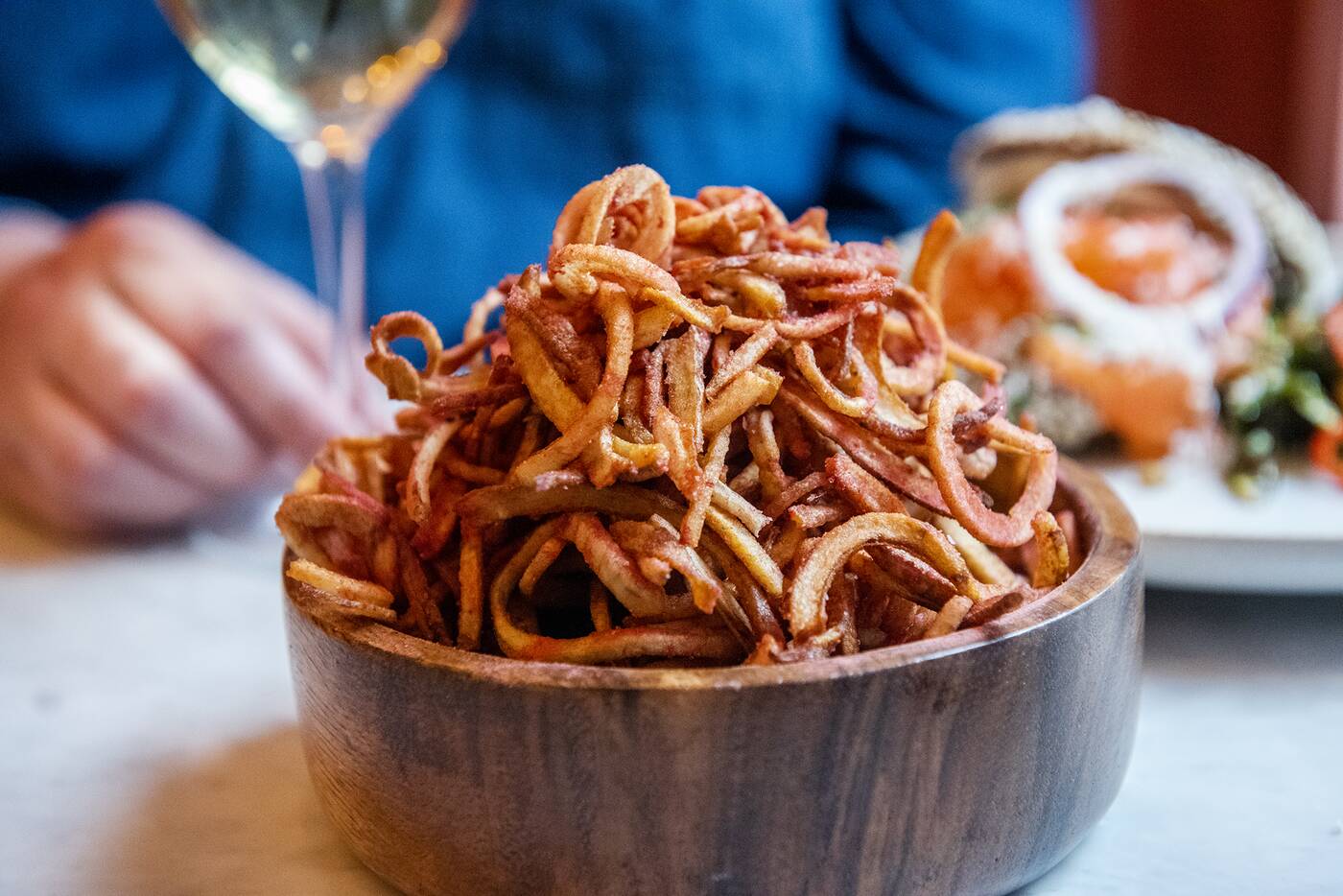 A heaping wooden bowl of ketchup curly fries goes for $11. Somewhere between chips and fries in their addictive consistency, spiralized potatoes are deep fried then given a liberal dusting of ketchup seasoning. 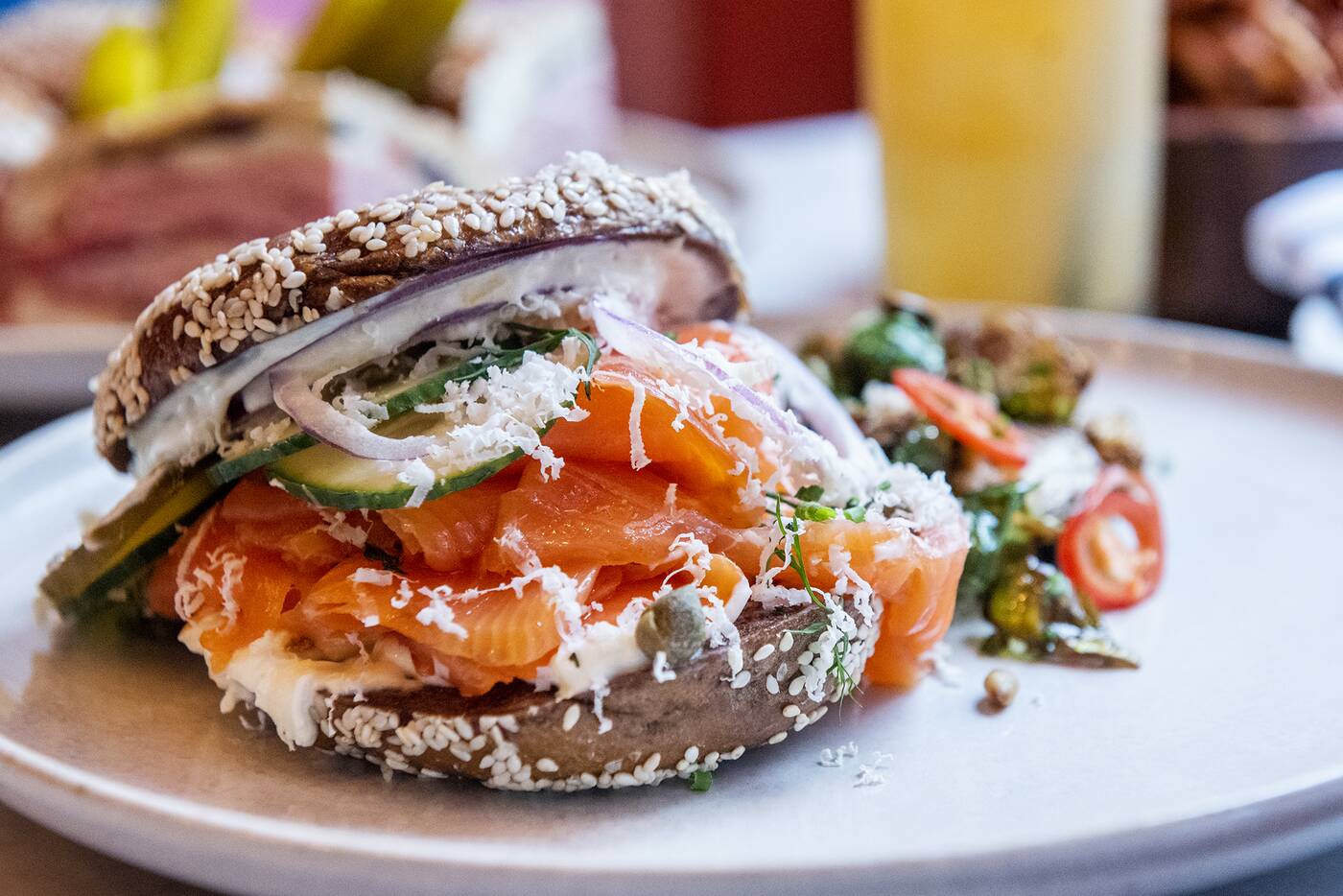 Salads and sandwich specials include a beast of a bagel with house lox rotate, a pumpernickel sesame bagel loaded up with horseradish cream cheese, cucumber, capers, and red onion. An unusual and yummy brussels salad with spicy Anaheim chilis and pumpkin seeds accompanies.

A muffuletta sandwich is intended to be for two at $26, and takes a while to prepare the way the huge loaf of buckwheat sesame bread is brick-pressed so the layers of practically every deli meat, house American cheese and olive tapenade condense into one solid form.

A Kosher pickle crown sprouts out of the centre of four laser-cut sections. 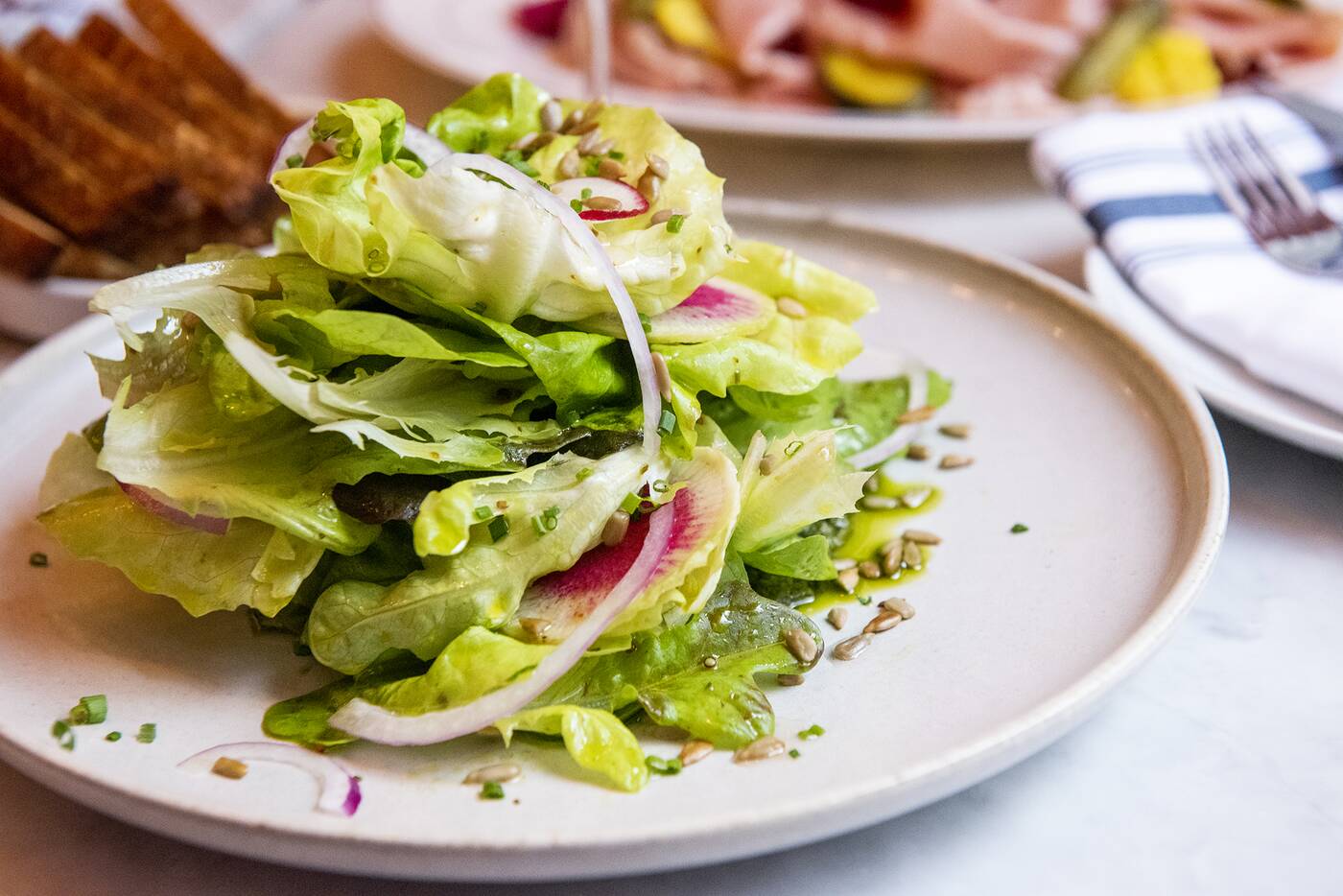 A “big green salad” is vegan today, a fresh pile of fluffy baby gem with sunflower seeds and watermelon radish dressed with a green goddess dressing that gets its fatty richness all from avocado, a pool of oily sunflower pesto hiding underneath. 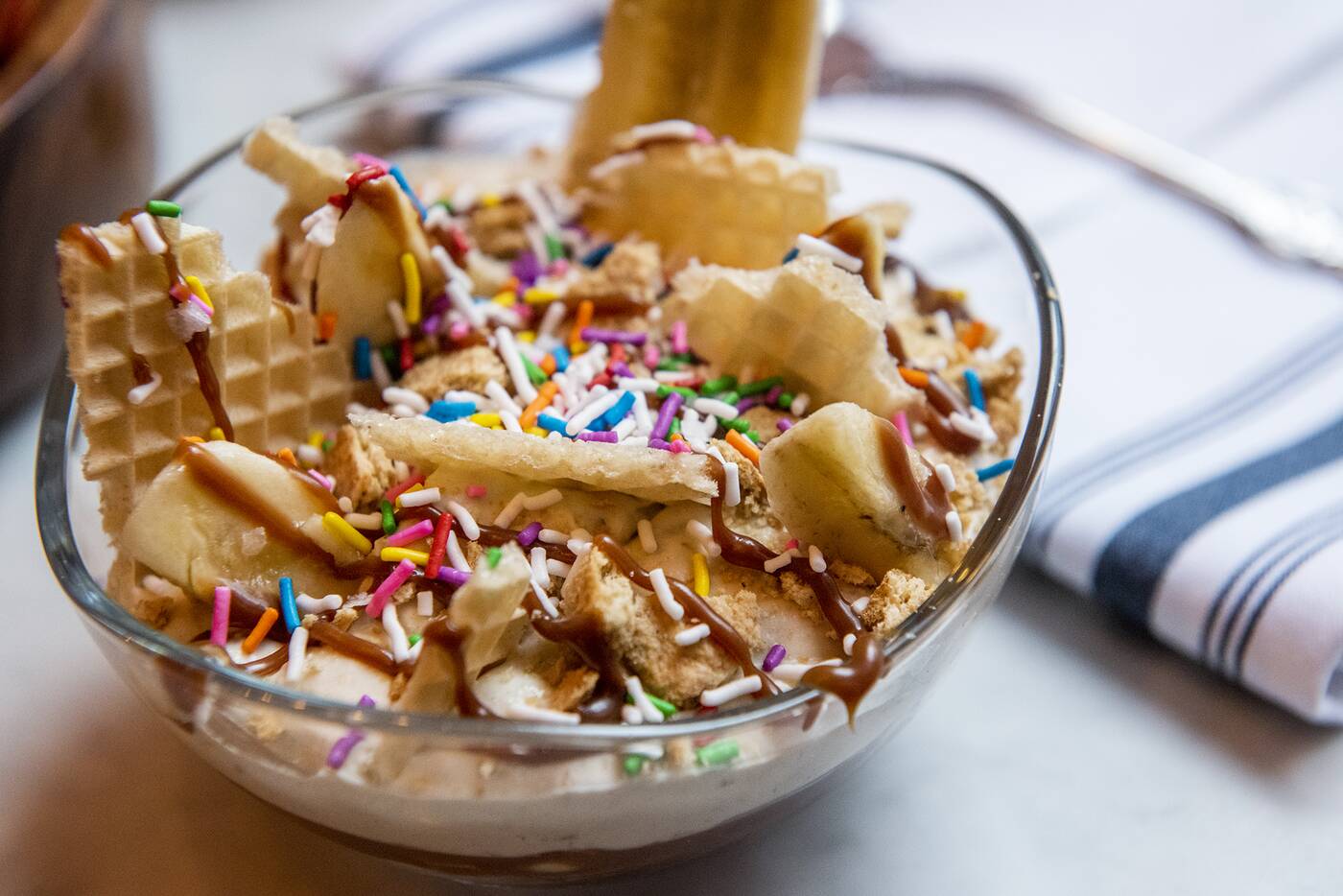 A banana cream caramel pudding ($9) is exquisite, silky and dense, thick caramel at the bottom of the bowl, and shards of ice cream cone, crumbled graham cracker, sprinkles and banana on top. 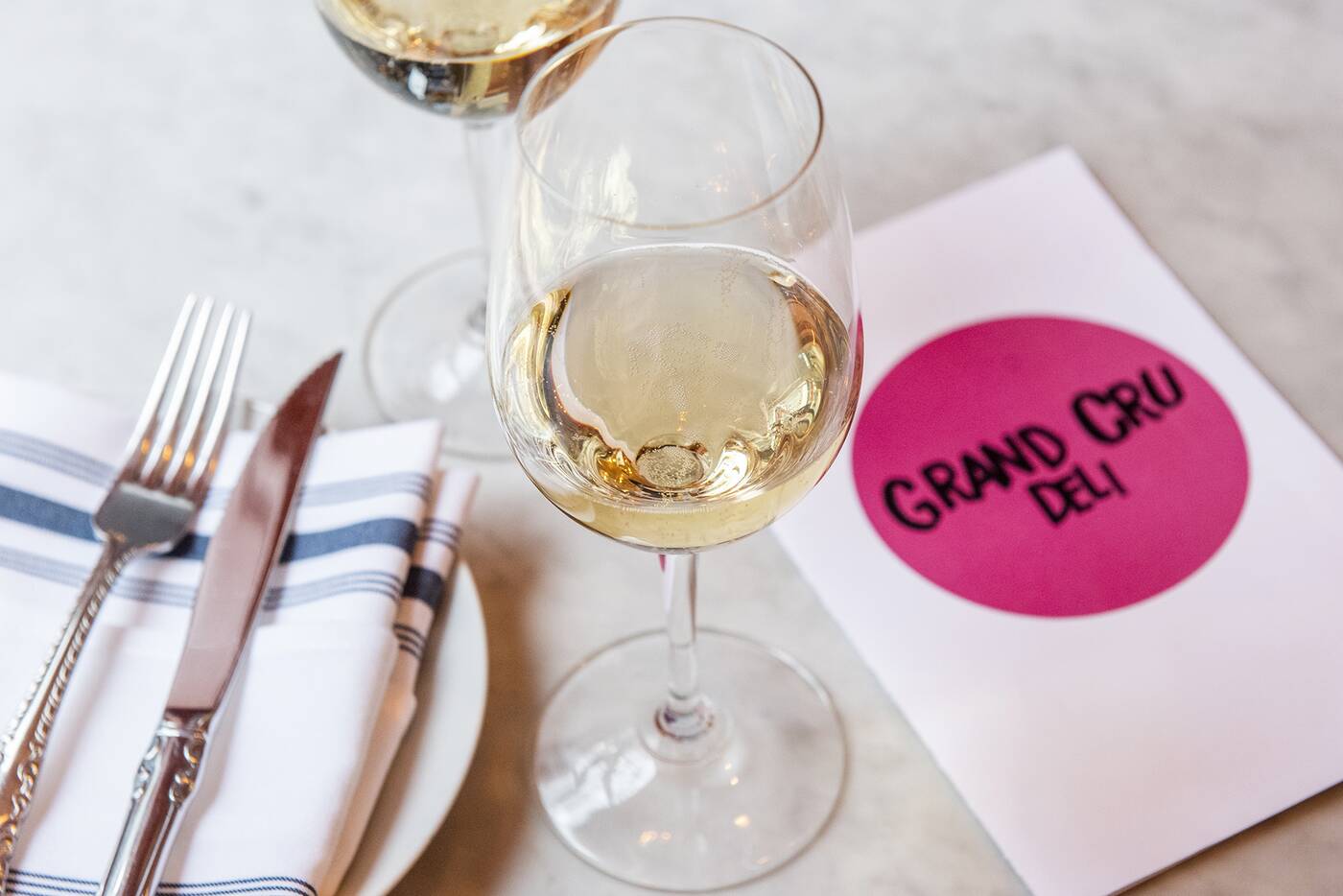 A glass of Tarlant Brut Reserve Champagne ($18) is priced at the high end of a list of quick hits by the glass on the back of the menu, but it’s good bang for your buck for an extra dry, full-bodied, classic champagne. 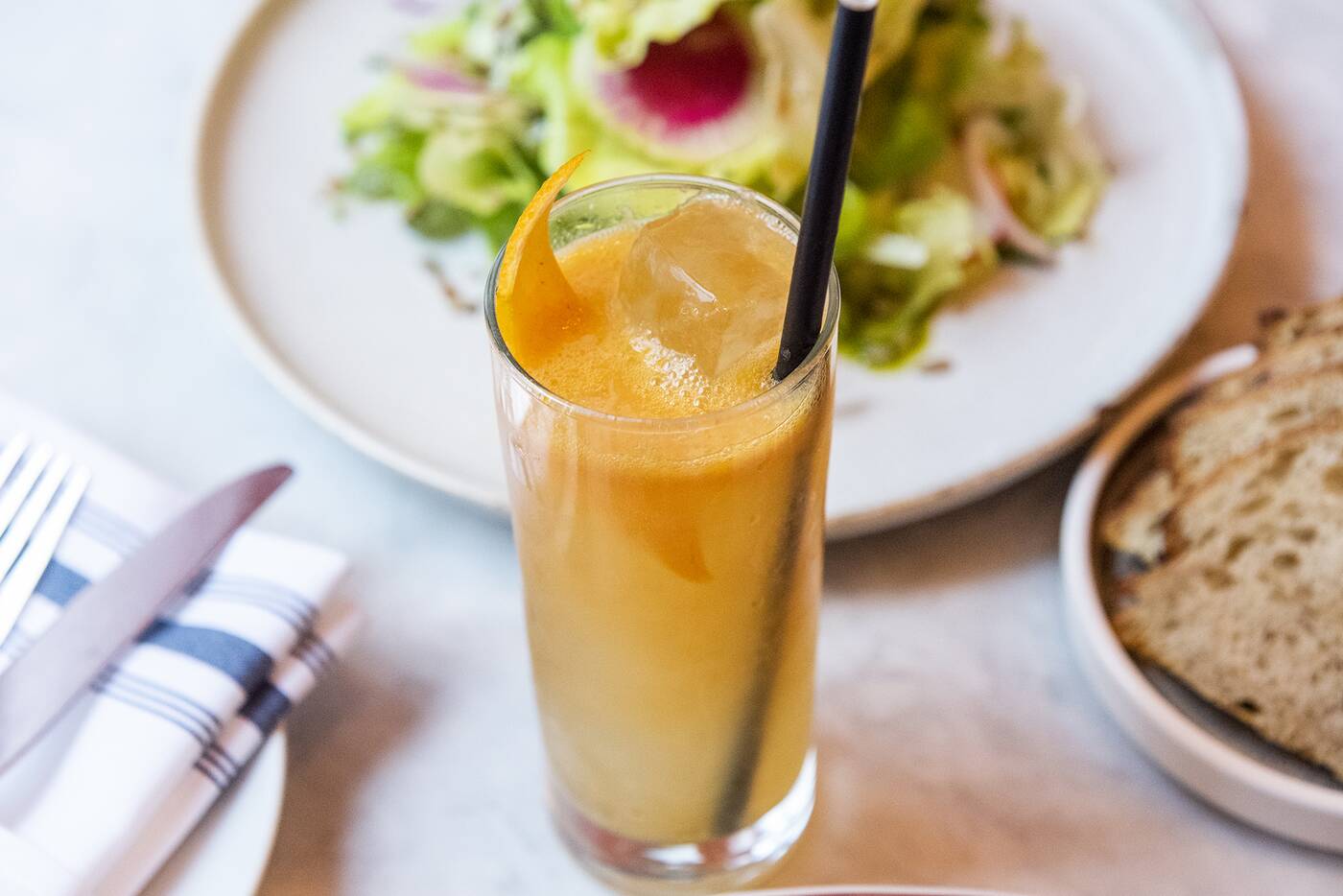 A juicy tangerine and tonic with an elegantly bitter edge is one of several non-alcoholic bevvies that can be whipped up at a moment’s notice, Seedlip stocked behind the bar. 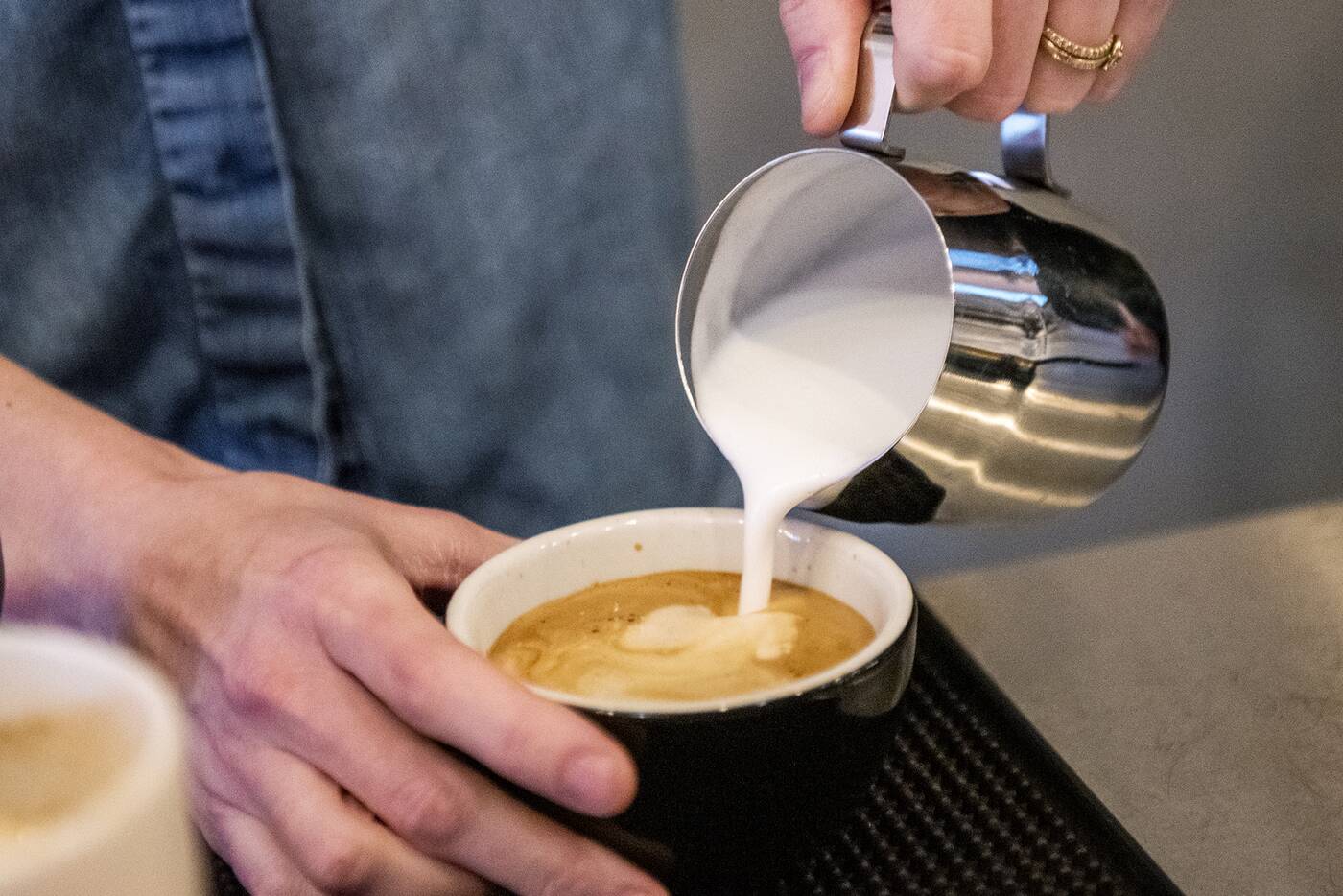 They also do coffee service on starting at 8 a.m. on weekdays. 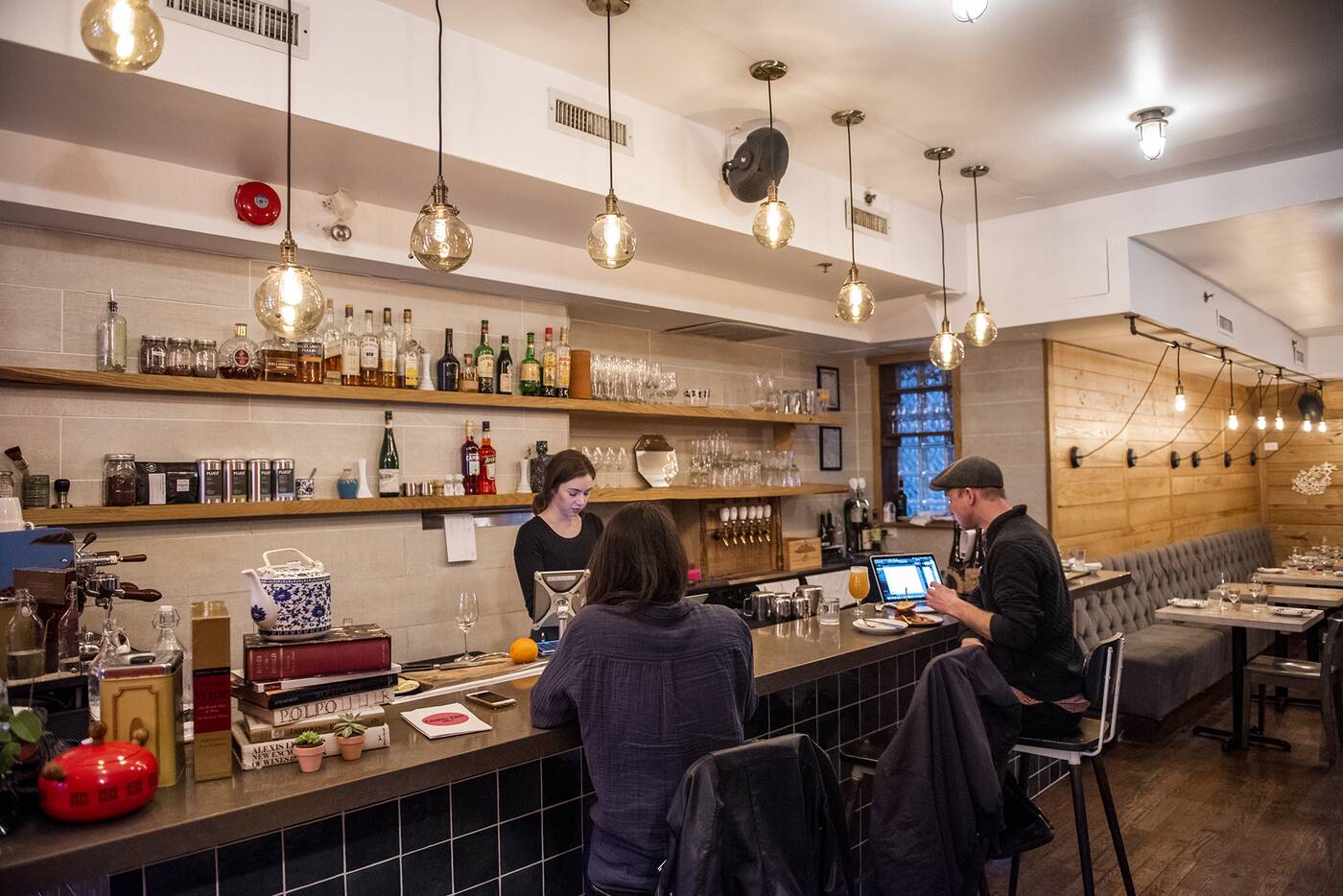 Housed in a 1900’s Victorian house, this space was formerly operated as Thoroughbred and is still run by one of the owners, Ariel Coplan. 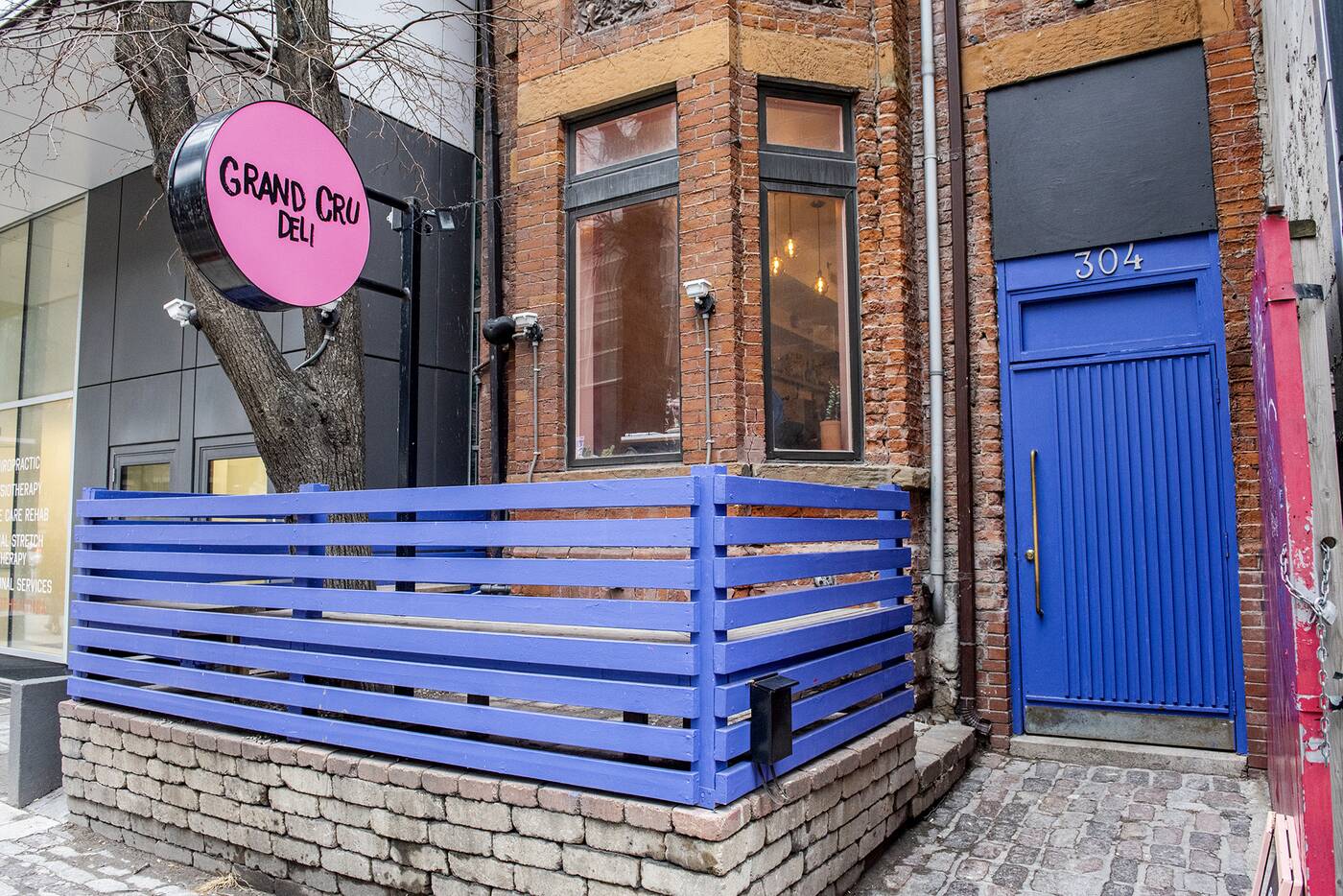