G For Gelato may be new to Toronto, but its history traces back to more than half a century ago in Italy. The business started as a little gelateria (if you can call it that) operated out of a bicycle cart in Sora, south of Rome. It was Gerardo and Giuseppina Polsinelli who were at the helm, eventually leaving the gelato-making trade in 1967 to move themselves and their five girls to Canada. 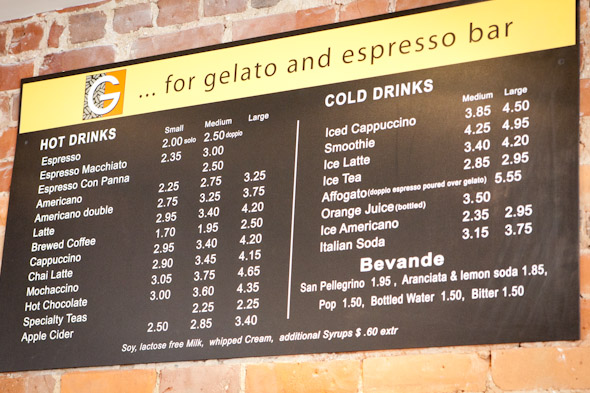 But their knowledge was not abandoned--it simply remained dormant--until it was called upon by their daughters who wanted to resurrect the family business. After learning the ins-and-outs of gelato making in Bologna (which is the generally agreed-upon gelato capital of the world), they opened G for Gelato at Jarvis and Adelaide just a few weeks ago. 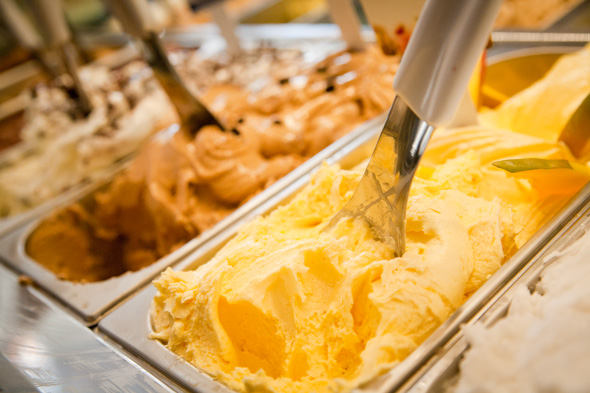 The cafe is open, bright and trendy; less a stumble-upon spot than a bustling central meeting place. While the owners are downstairs in a meeting, I take a self-directed tour of the space, noting the large communal table at the back, modern light fixtures, and little touches of history, which I assume to be personal family photos. 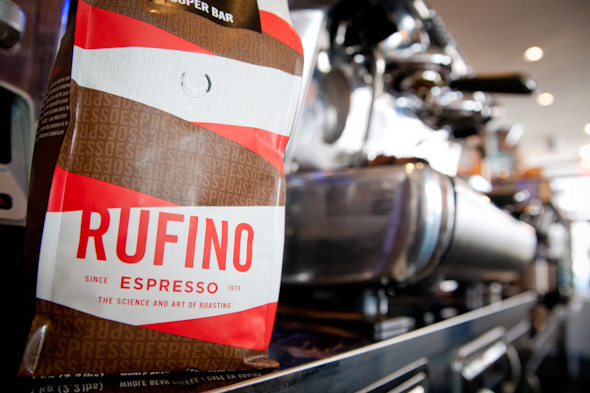 While espresso and gelato have won the cafe's name, there are other menu items that seem to garner customers' attention. As I wait in line deciding on my scoop, a group of girls in front of me order up a few thin-crust pizzas (~$12 and up) after deciding against panini ($7-$9). I stick to gelato ($3.50/$4.50/$5.50) and pick lemon out from the eight to 10 mostly traditional flavours. 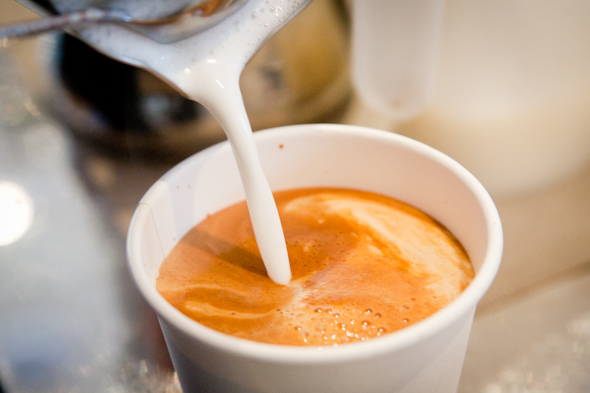 Shawn Whelan, who has partnered with the Polsinelli daughters, appears out of nowhere and prepares my scoop. He tells me the gelato (which is made in-house from natural ingredients) with be expanded in the spring as the market for gelato, uh, "warms up." He adds that there has been a remarkable bustle about the cafe since it opened, despite opening in the wintertime with "gelato" in its name. 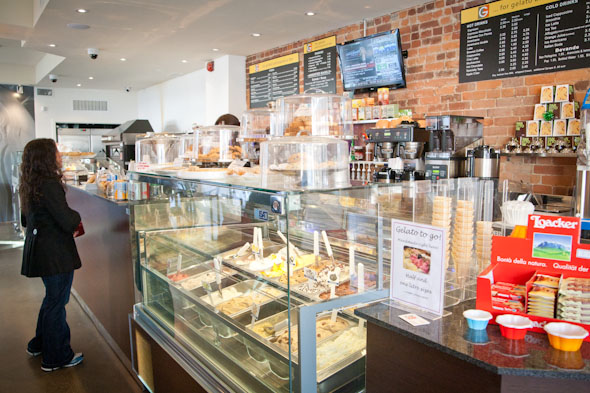 Indeed, I was somewhat reluctant to order a frozen dessert after seeking refuge inside from the blowing winds, but I tempered it with a hot Americano ($2.25/$2.75) made with Rufino espresso. G for Gelato also offers lattes, cappuccinos, affogatos and more, along with homemade baked goods with an emphasis on Italian. 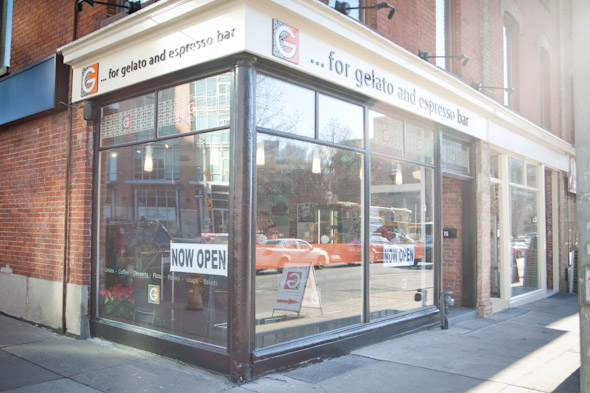 I settle at the west-facing window bar, prepared for some serious Jarvis Street people-watching. I dig into my scoop and the gelato is perfect--very lemony, slight bitterness, a little sour and sweet. My Americano pairs well, though provides a stark contrast, as it's much bolder than I expected with a nutty, dark chocolate taste. I'm not sure how it compares to how the Polsinellis did it back in Italy, but for a night staring out the window on Jarvis, it works well for me.