Floga is currently open but their offerings and services may be affected due to the pandemic. Please contact the business directly for more information about any changes. Is this your business? Please contact us if you would like to update this message.

Floga is a fine dining extension of Mr. Greek that’s part fish market and has a takeout component attached to the back.

Named for the flames (floga) over which most dishes are cooked on a grill or rotisserie, you’ll find a very traditional Mediterranean menu here packed with homemade recipes passed down through generations (along with their famous souvlaki and fries). 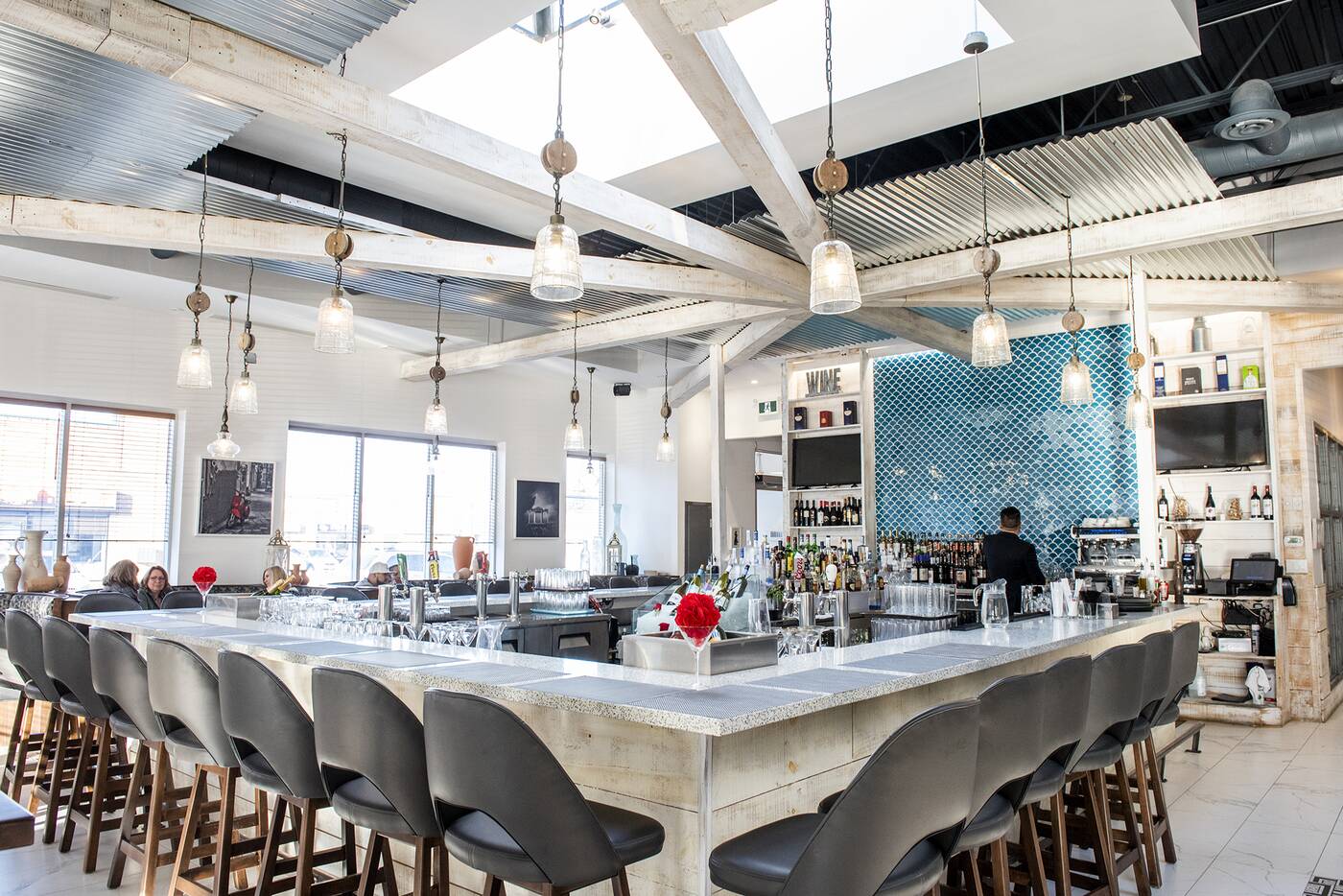 Floga has come full circle with this location, as it was actually once the busiest Mr. Greek as their second-ever location to open outside of Greektown in 1992, but later moved up the street. 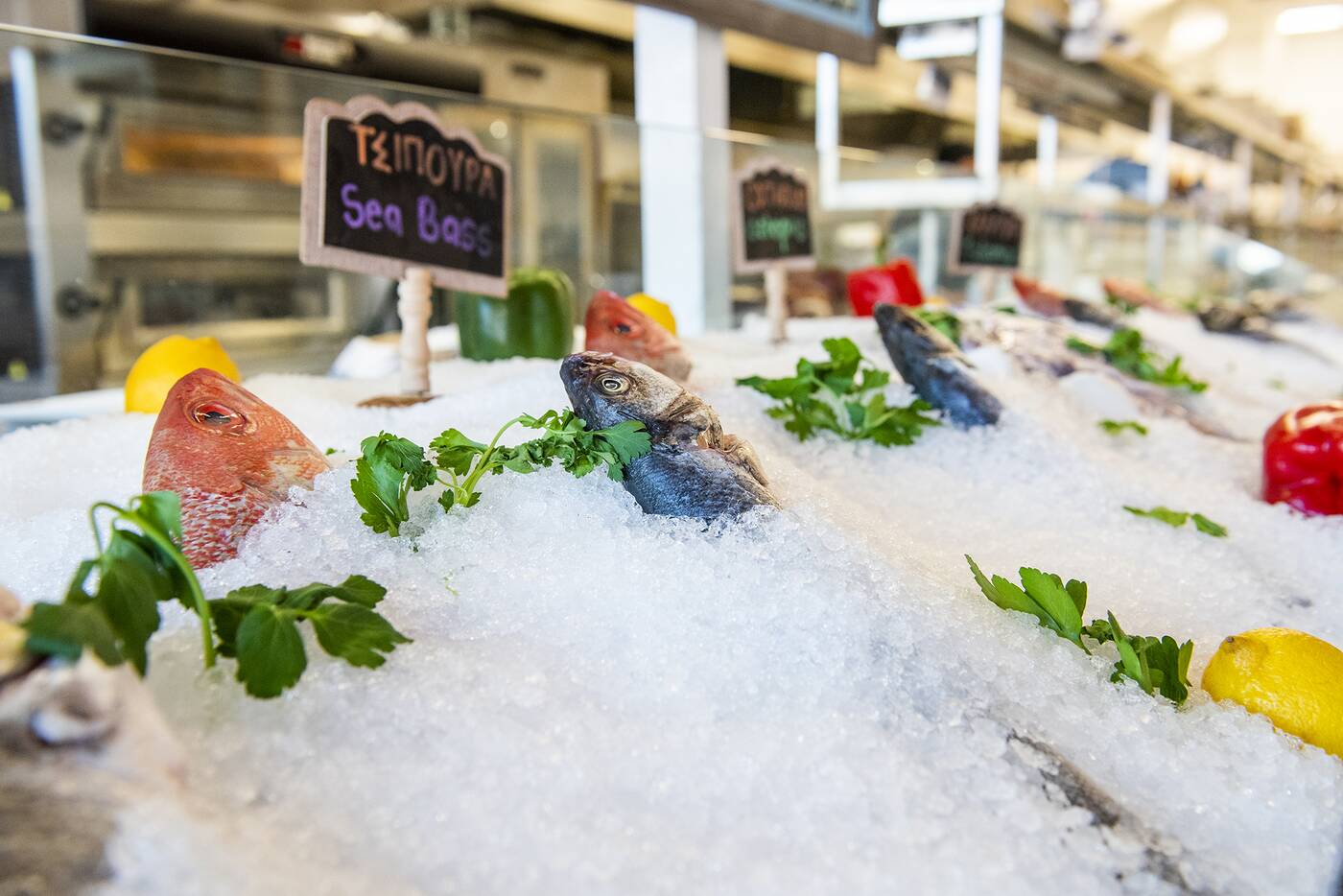 When this space became available again, the Mr. Greek team gutted it, adding in a private events area in the basement accessible by elevator, an indoor waterfall, and personal touches like family photographs, original skylights casting a glow over hundreds of seats. 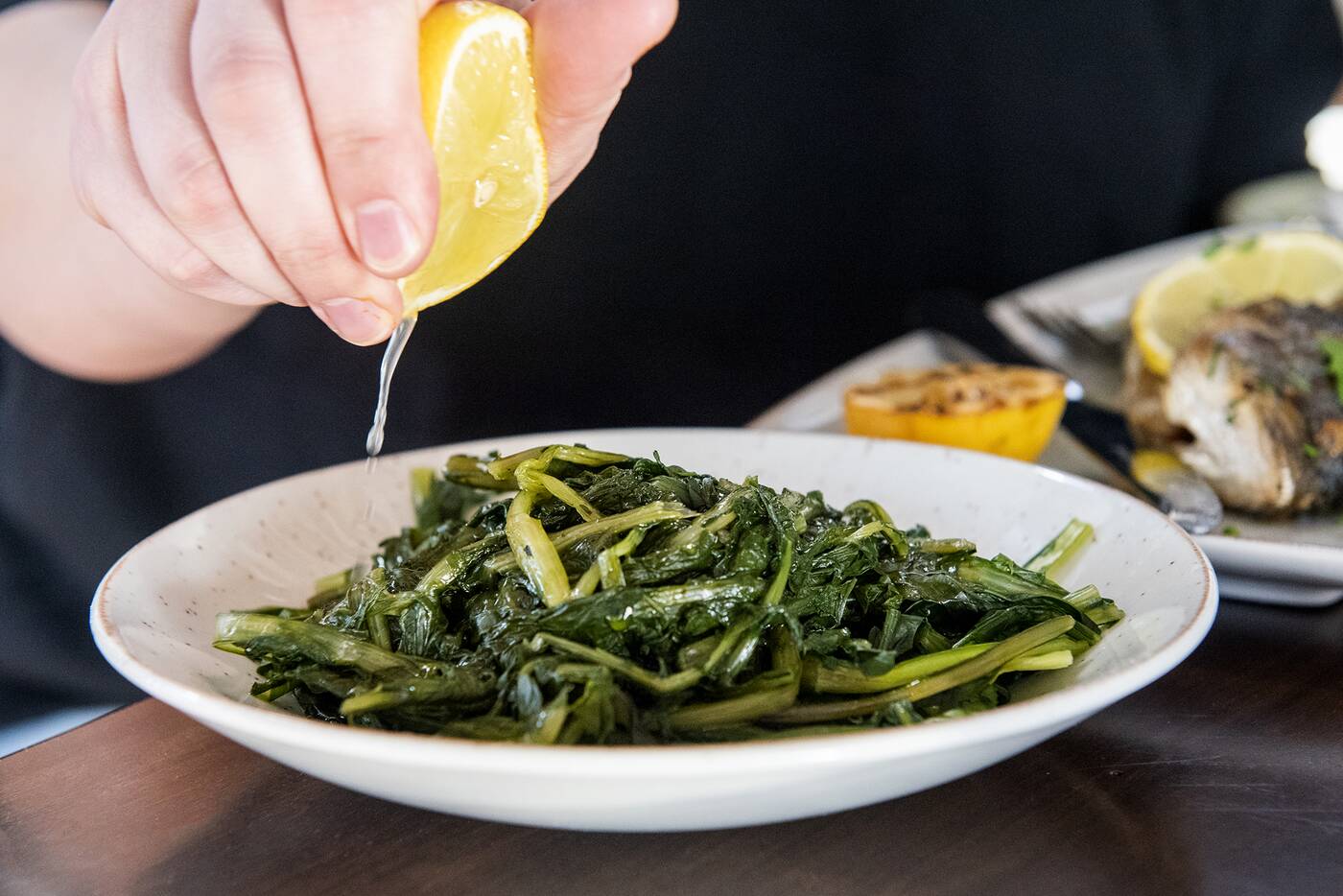 Horta ($7) is a classic starter/side of steamed dandelion greens prepared simply with luscious Greek extra virgin olive oil that demand to be woken up with a little fresh lemon. 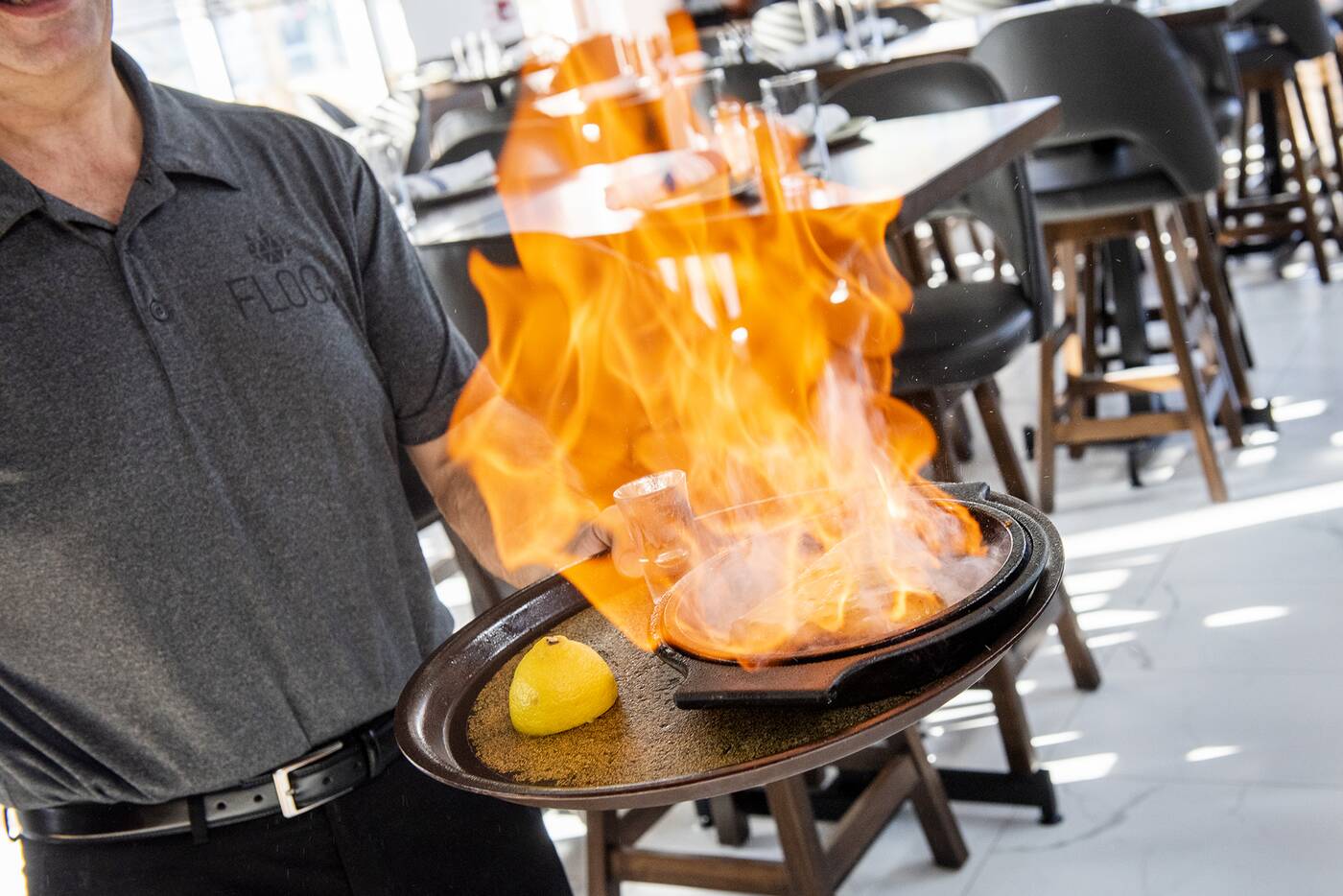 Saganaki ($14) is mandatory for the tableside gimmick alone, fried Kefalograviera set aflame then sizzled with a squirt of lemon, the cheese potent, salty, stretchy and squeaky. 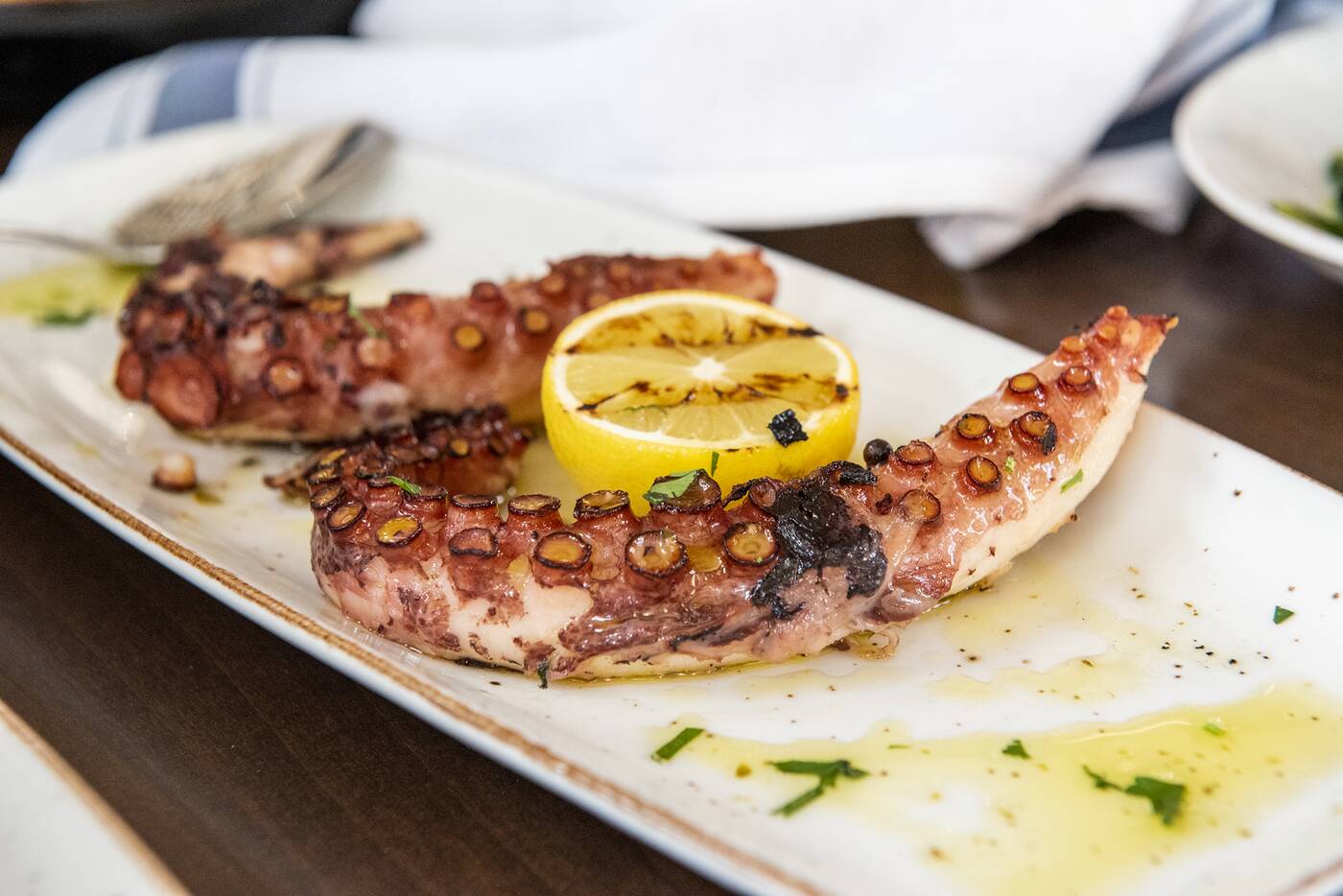 Octapodi skaras ($16) is a small plate of marinated octopus that’s incredibly tender and buttery thanks to being steamed before grilling over an open flame, set off by a simple drizzle of extra virgin olive oil and grilled lemon. 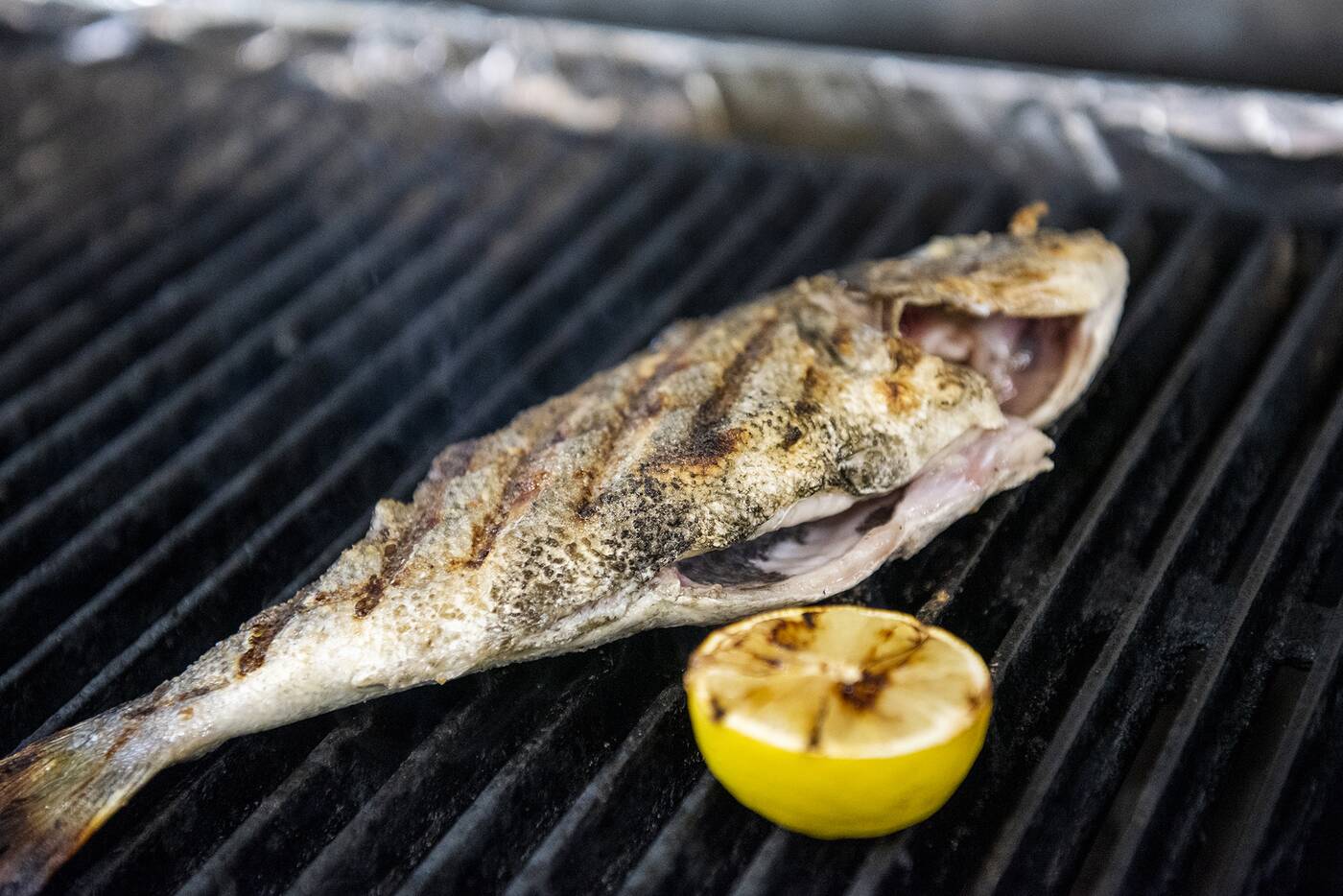 Market price seafood is imported fresh every day from Greece, and can be chosen from a rotating selection in the fish market to be grilled and optionally deboned. 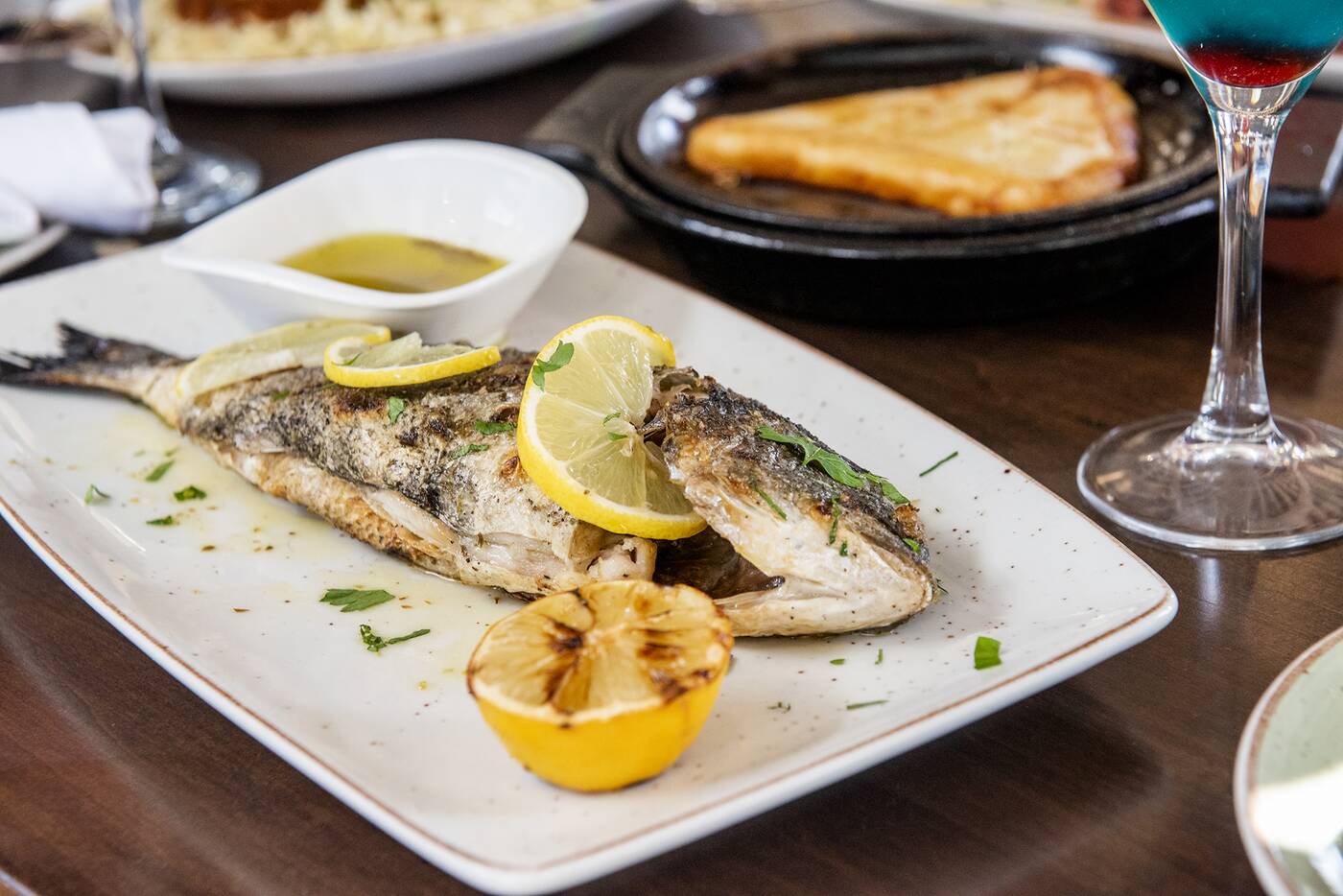 A whole sea bream goes for around $30, served with a silky signature herbed lemon olive oil that adds major succulence to the fluffy fish. 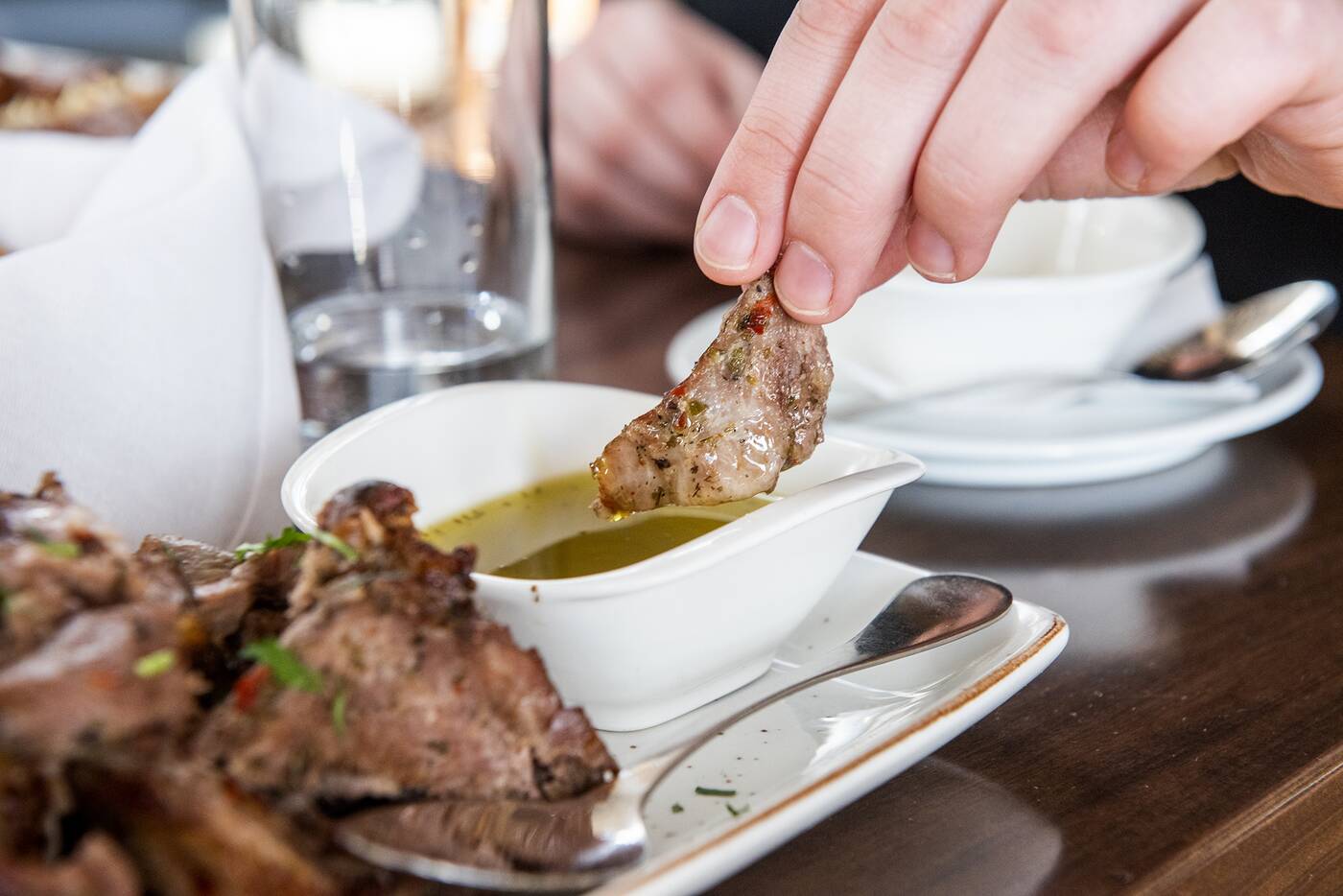 Kontosouvli ($15 as a meze, $22 as a plate with two sides) is the signature item here, a rotisserie pork dish marinated in salt, pepper, oregano and chili. It’s heavy and warmly spiced with a definite kick from the chili and lots of roasty flavour. 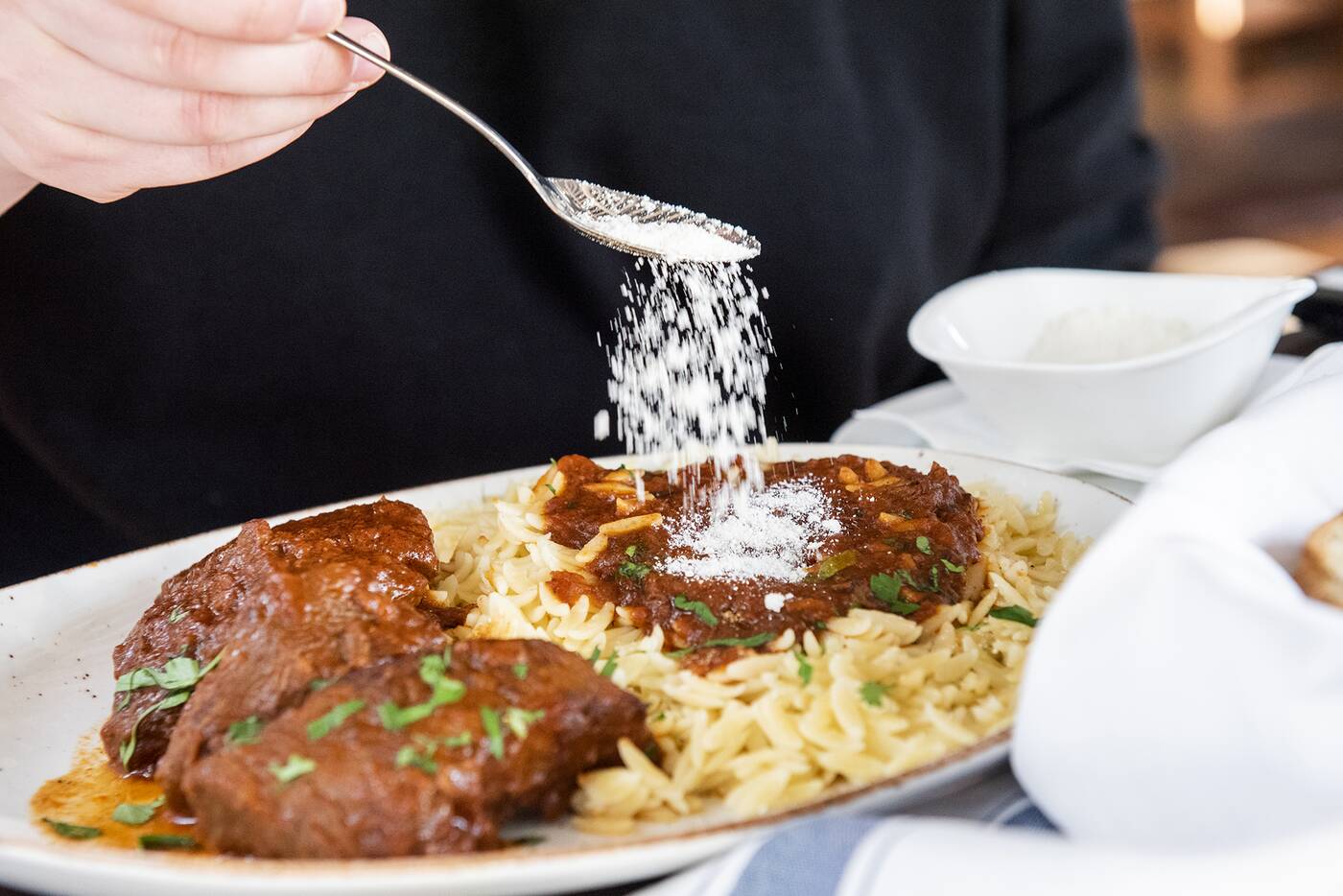 Kokkinisto ($19) braises large chunks of beef prepared with a cinnamon-based seasoning in an herb tomato sauce until tender enough to pull apart with a firm tug of a fork, Misko orzo topped with the same sauce and a recommended generous sprinkling of salty, powdery mizithra cheese. 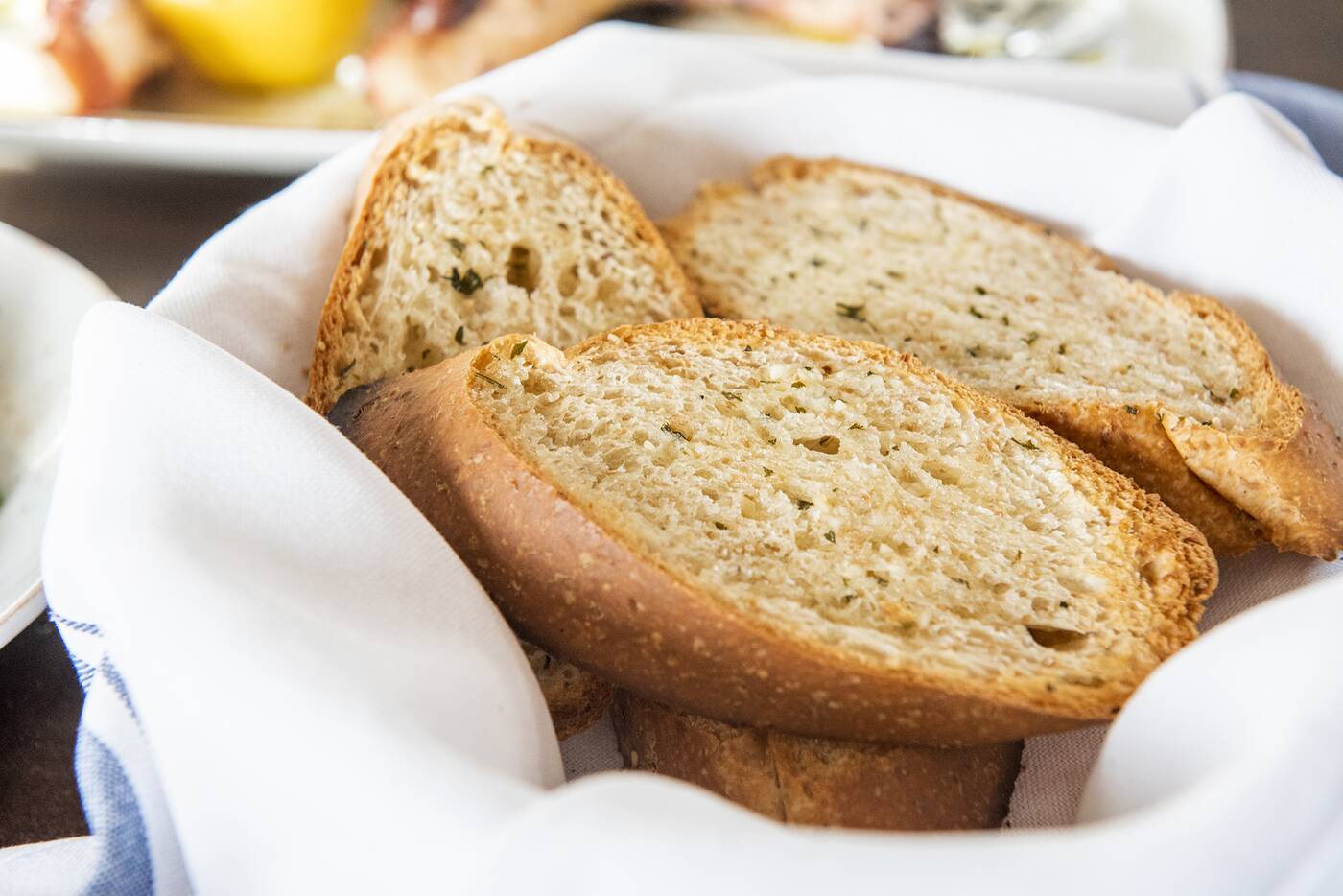 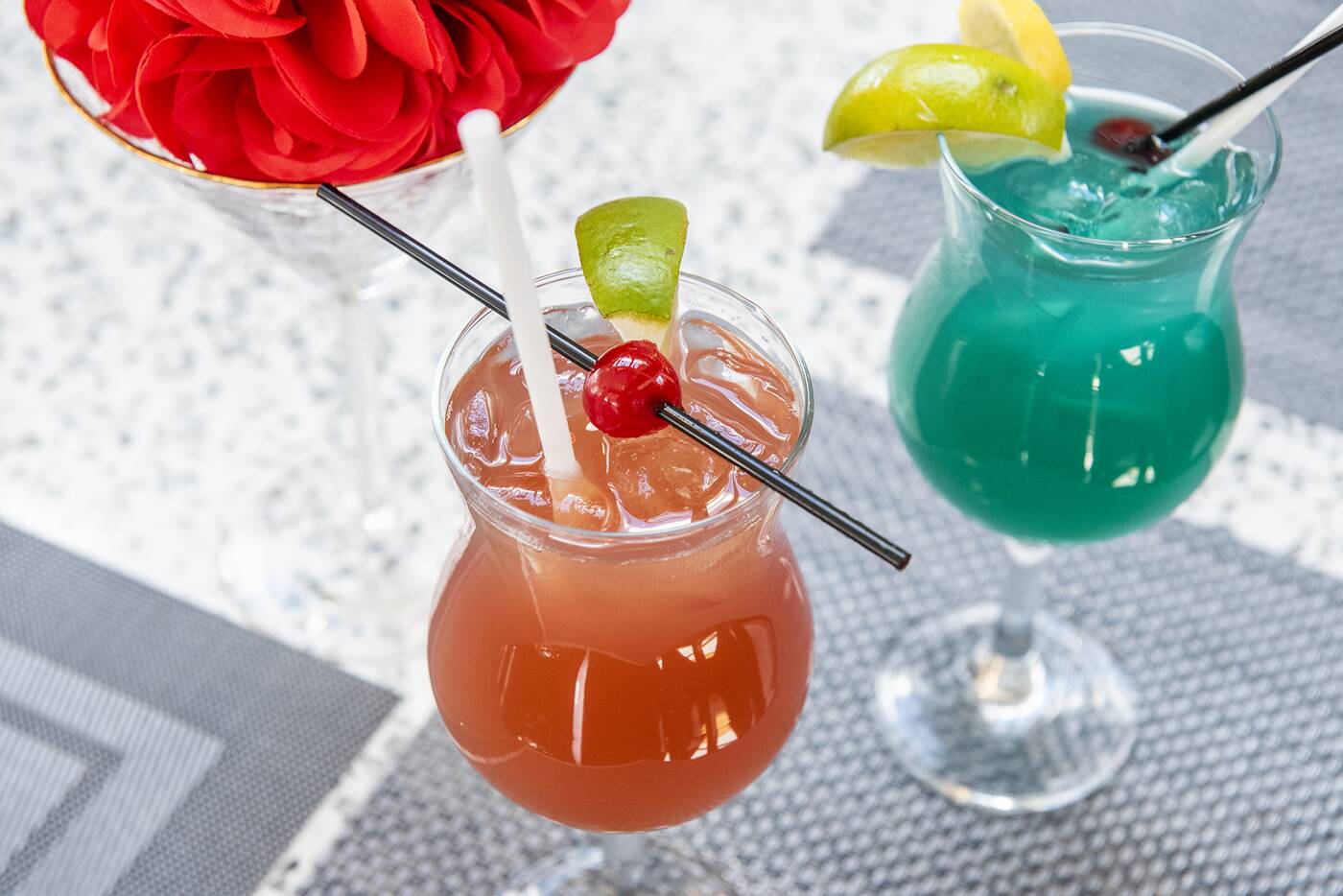 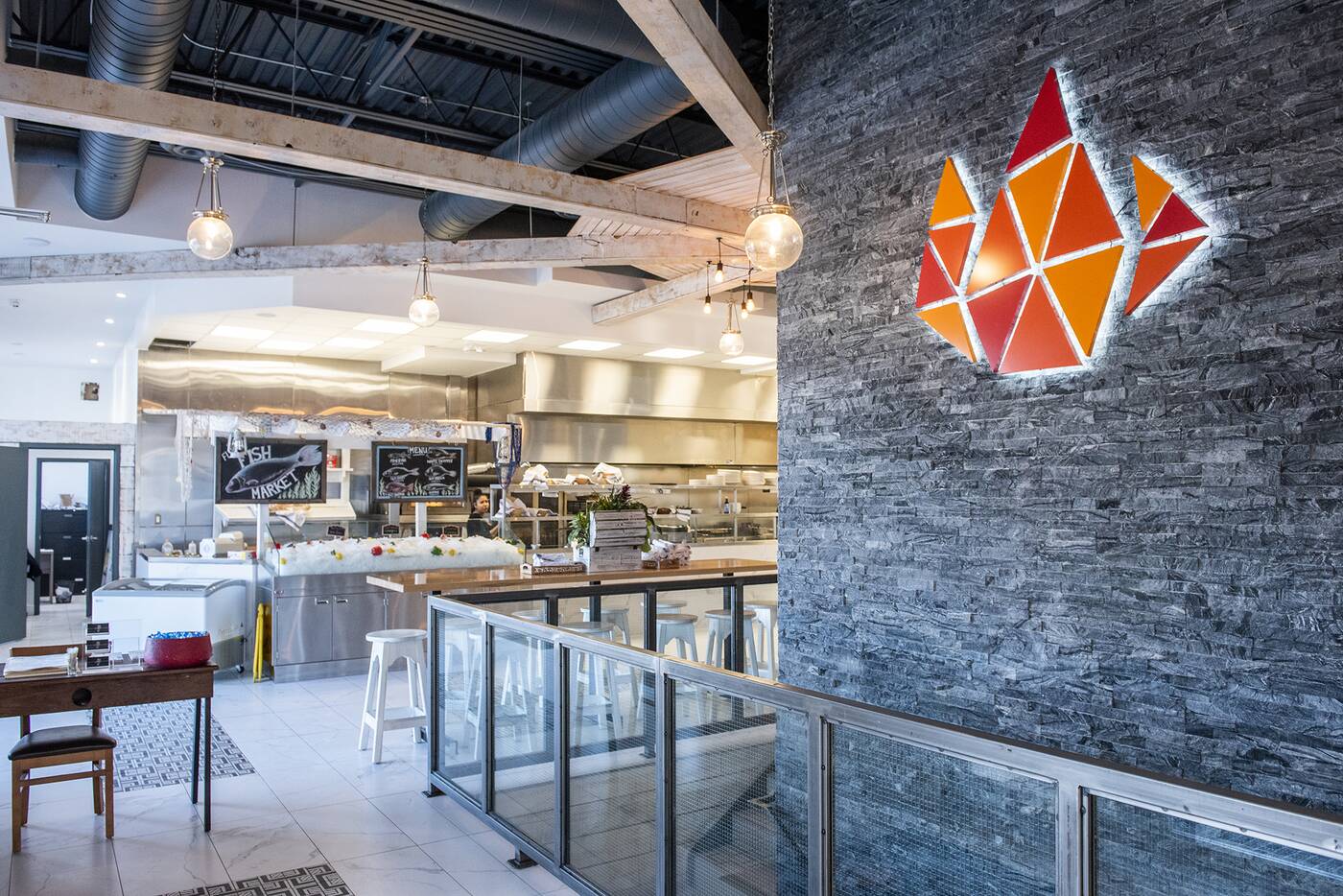 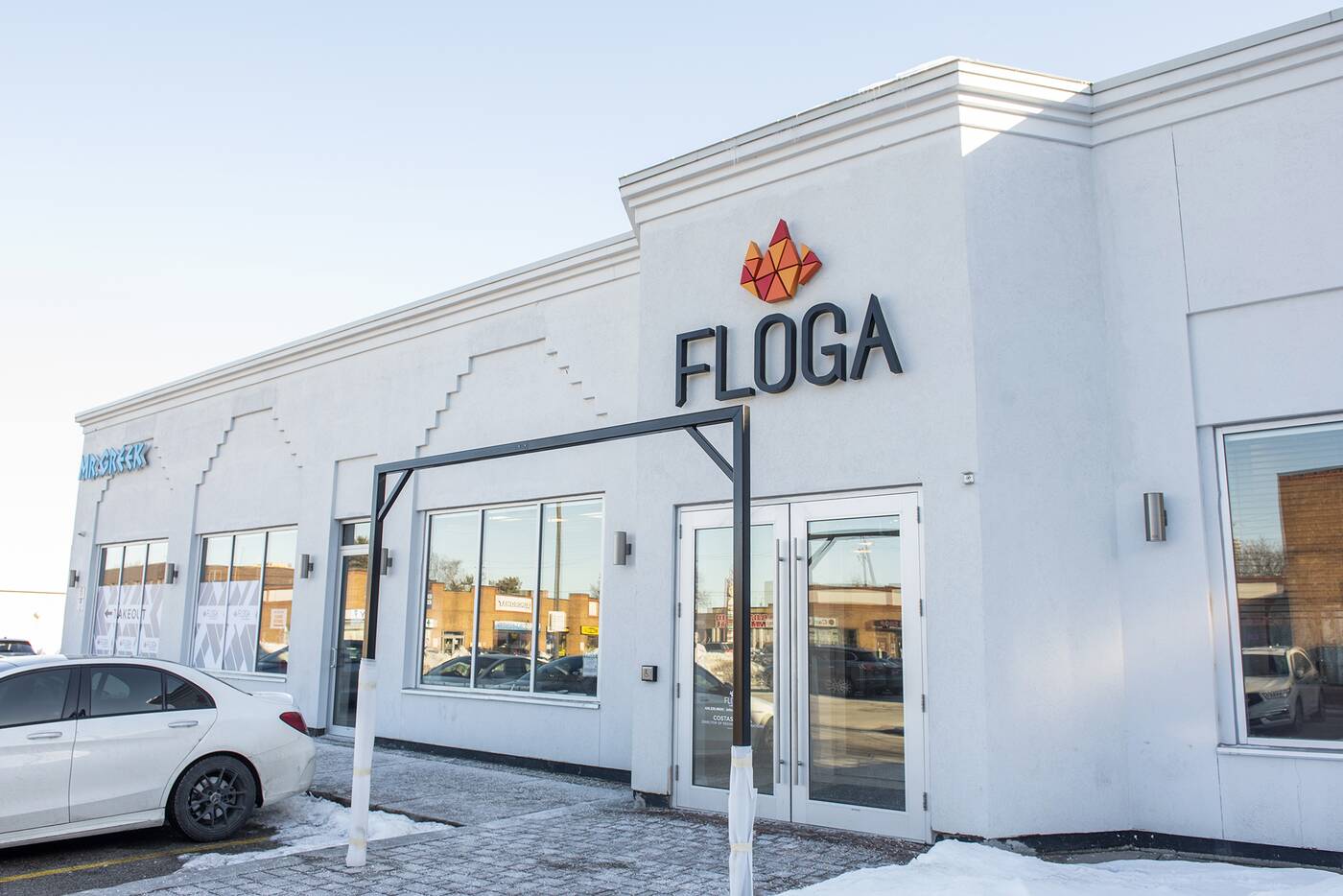