Five Guys Burgers and Fries has been opening locations on the outskirts of Toronto over the past year but finally took the wrapping off of its first downtown location near Yonge and Dundas earlier this month. 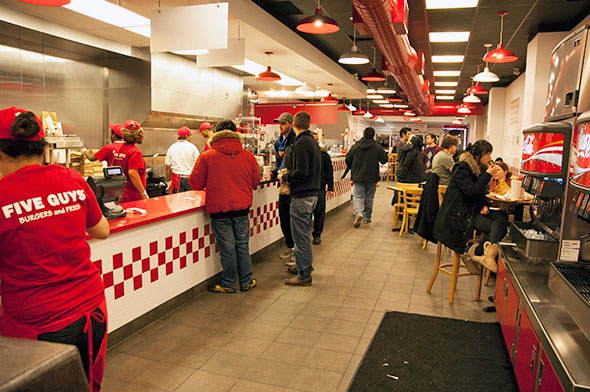 As far as I'm concerned, you can't really go wrong with a place that plays both Journey and Van Morrison , and luckily for me, the ambience is not the only thing that delivers at the latest Five Guys Burgers and Fries.

Upon entering, I'm slammed with the glaring red and white dĂŠcor. For those who haven't had the pleasure, Five Guys is reminiscent of a 1950s takeout hotspot with a 1970s attitude. 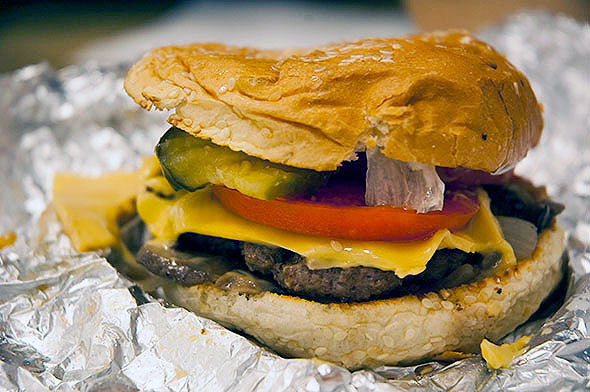 We promptly order two cheeseburgers and one little cheeseburger at $5.99. Buyer beware that the regular cheeseburger is a mammoth-sized two-patties-with-everything, with two gooey slices of cheese snuck in between the meat. It's kind of huge, and at $7.69, well worth it. We're told by our server that a large fries is enough for four people so we order a regular ($4.99) and a Coke. After we place our order we move on our merry way down the line to pick up our food.

Five Guys is teeming with customers and, as one of my friends mentions, full of jovial cooks and servers. The atmosphere reads "we don't really care if you like what we've done with the place, but we're happy to be here." 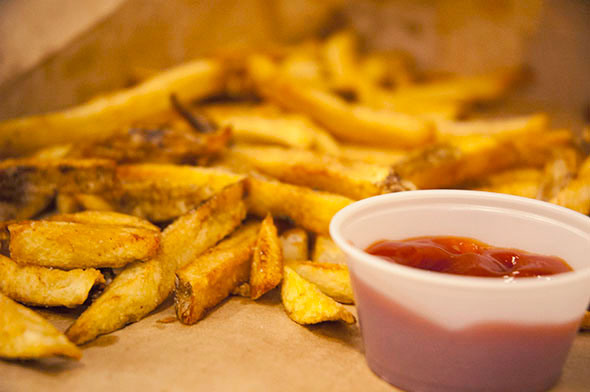 After a short wait the burgers arrive and are really, really good. Five guys boasts no-filler meat and locally sourced potatoes, and while my eat-local heart appreciates the effort, it doesn't mean much if their fries suck. I'll spare you the suspense: they don't. They are crispy enough to hold up to both ketchup and malt vinegar. 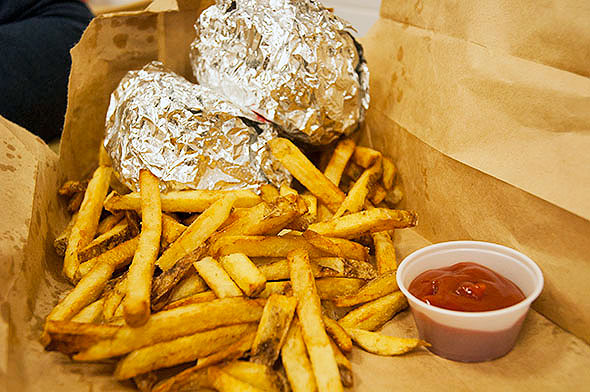 The cheeseburger is gigantic, succulent and juicy, and putting the cheese between the patties makes it only more so. I can't fit all the layers in my mouth at one go, so it takes me a few bites to really get a sense of everything at once. And as a self-professed cheeseburger connoisseur, I have to say as far as burger-to-bun ratios go, the "regular" cheeseburger has got it made. 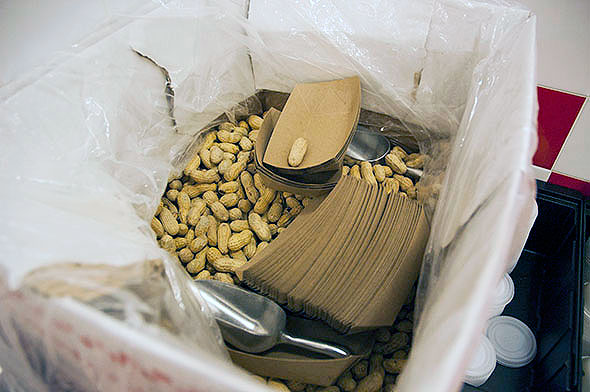 And, as if the great cheeseburgers, free toppings, no-nonsense atmosphere, and the star-studded selection of tunes weren't enough, there are peanuts. Shovel them into a little paper boat and bon appetit . 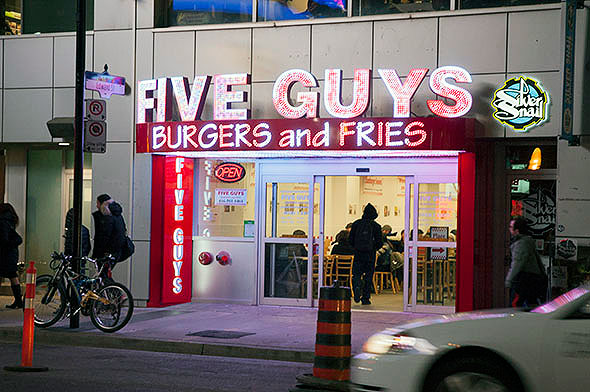