Helmed by Chefs Katsumi and Saito, the same duo who used to run the now-shuttered sushi spot Aki Da in the Beaches, Edomae marks the first restaurant in the city to offer omakase that focuses solely on tempura, let alone alongside one serving sushi. 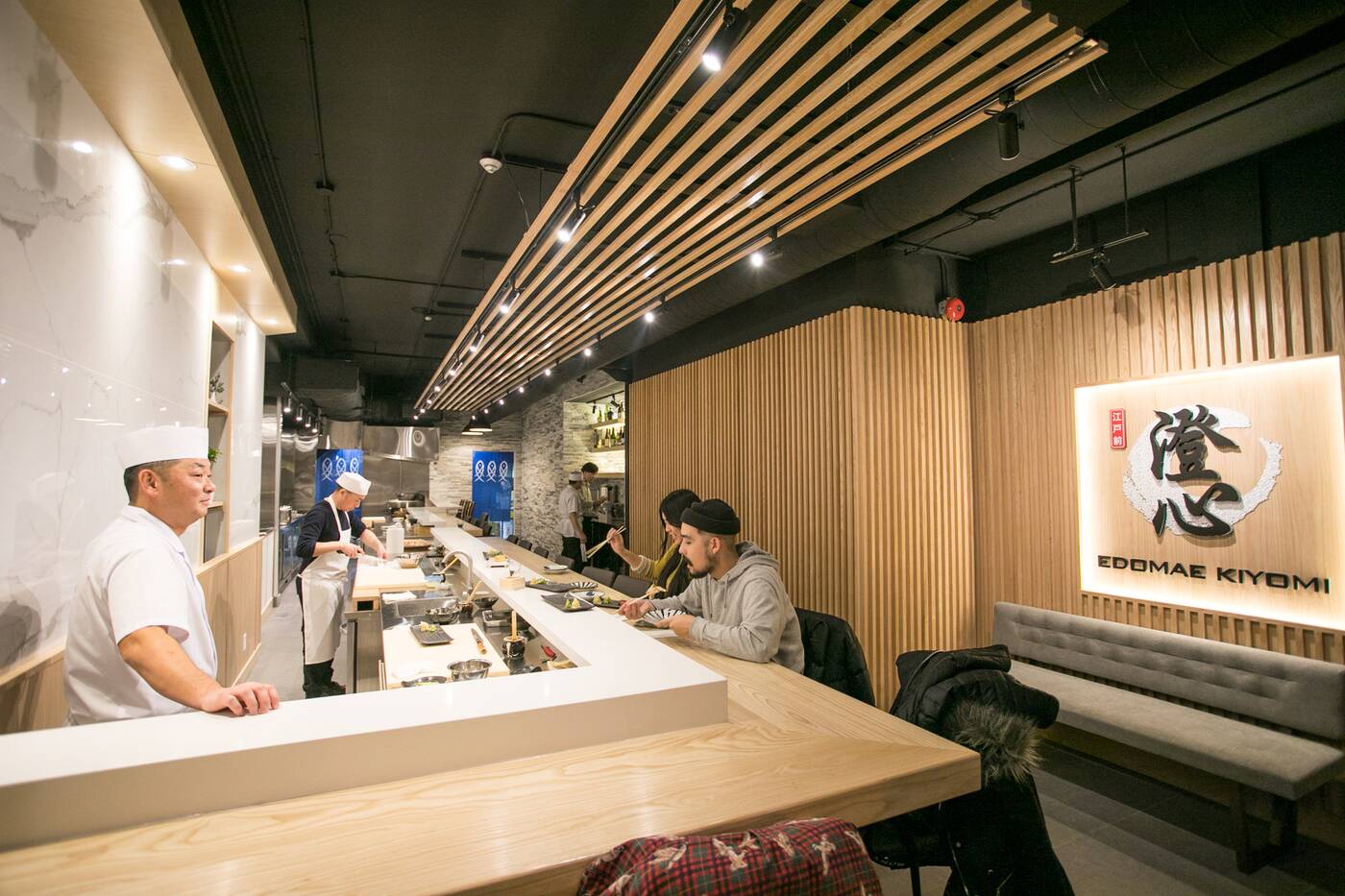 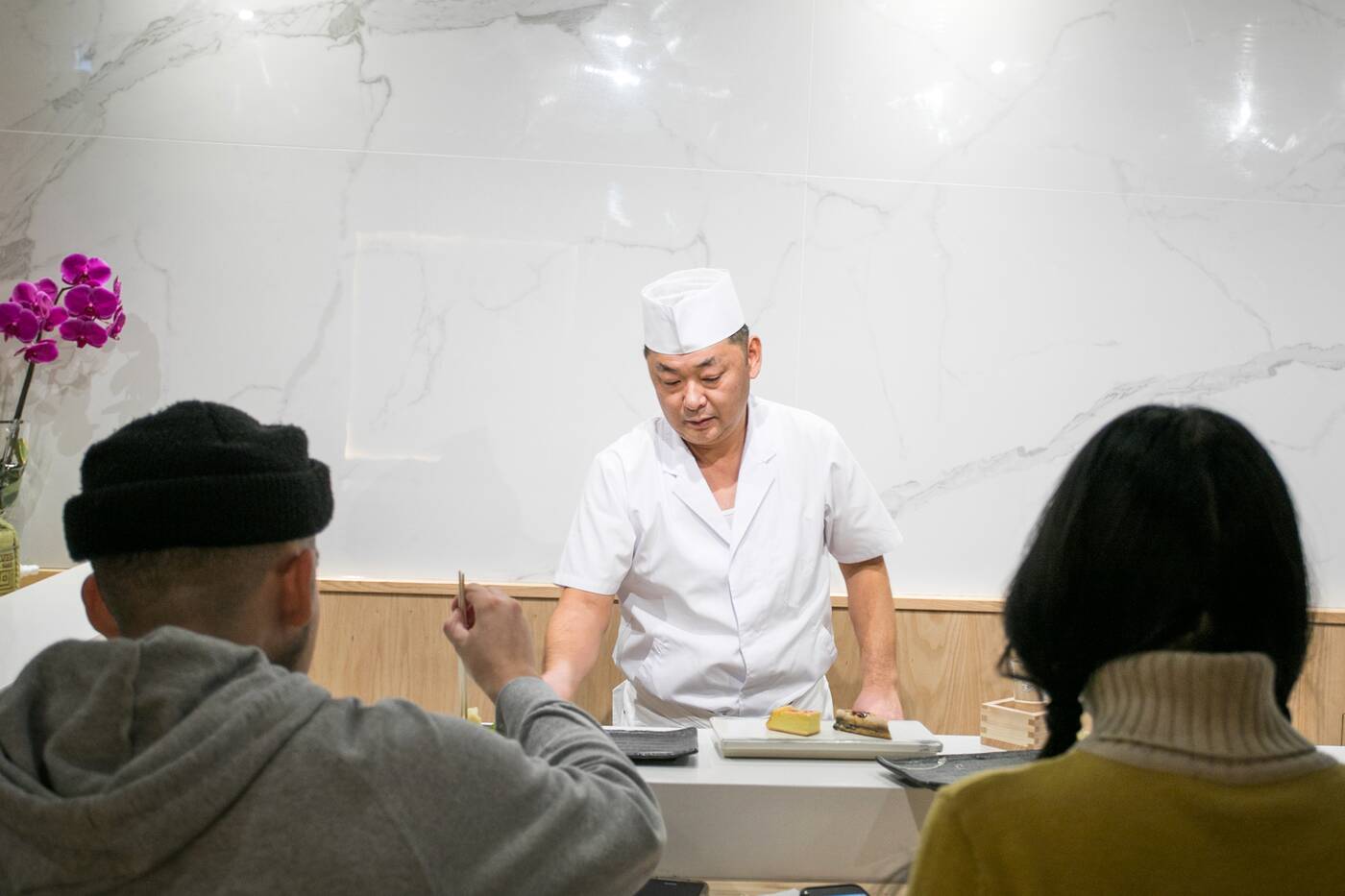 At the front of the restaurant is the sushi section, where up to 10 people can sit at the bar for a 20-item sushi omakase ($120 per person). 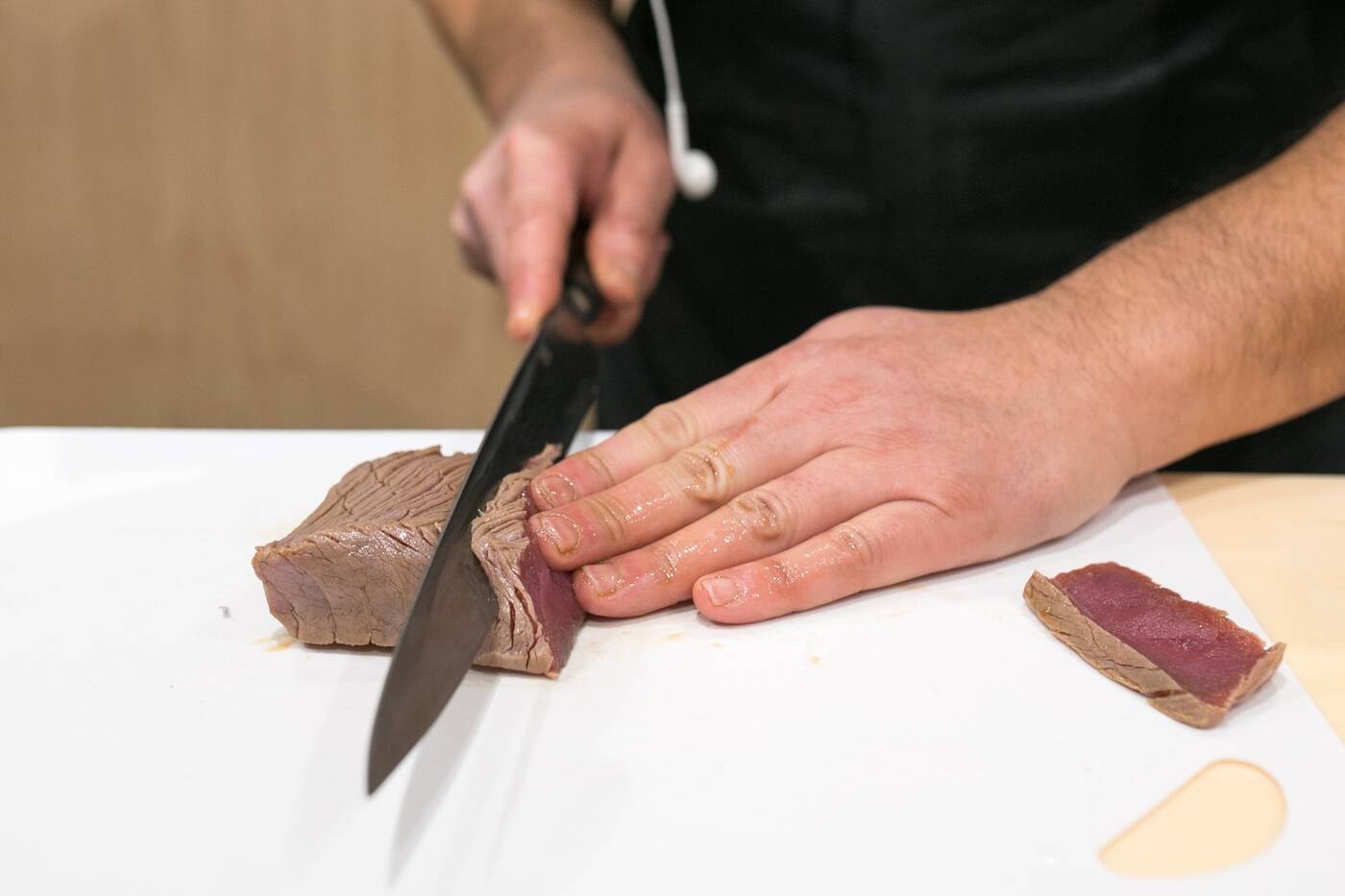 Using seasonal ingredients and fish sourced exclusively from Japan, each meal will start off with a Chef's Choice plate of five assorted sashimi. 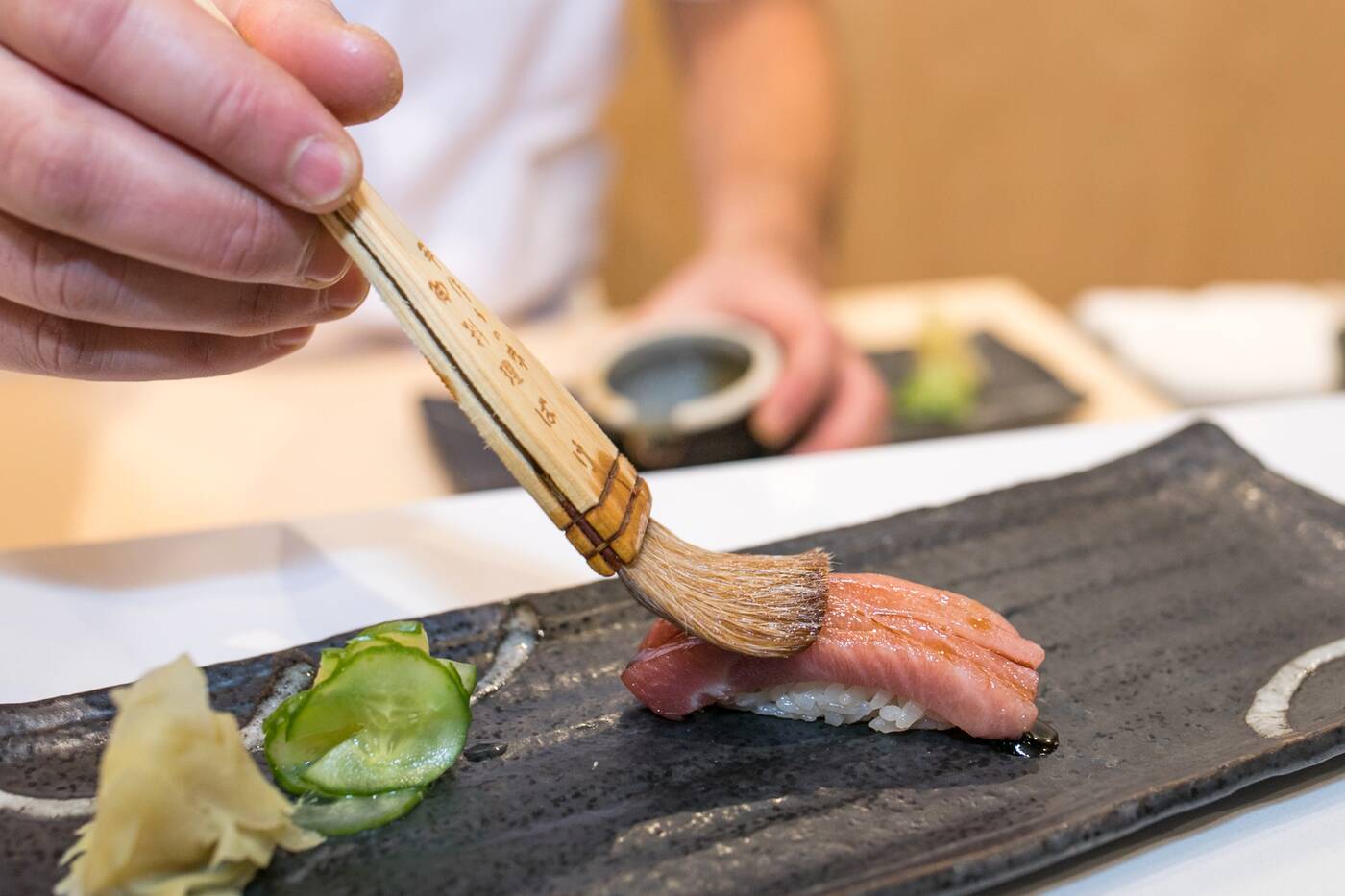 Sushi rice is mixed with a red sake-infused vinegar, or akasu. The sushi here is done Edomae-style, meaning that fish is pre-marinated and preserved for a few days, which is a technique that dates back to the Edo period.

You might get a piece of mackarel, or sea bream, the latter wrapped in seaweed and marinated in a mix of salt vinegar and glutamic acid for full umami effect. 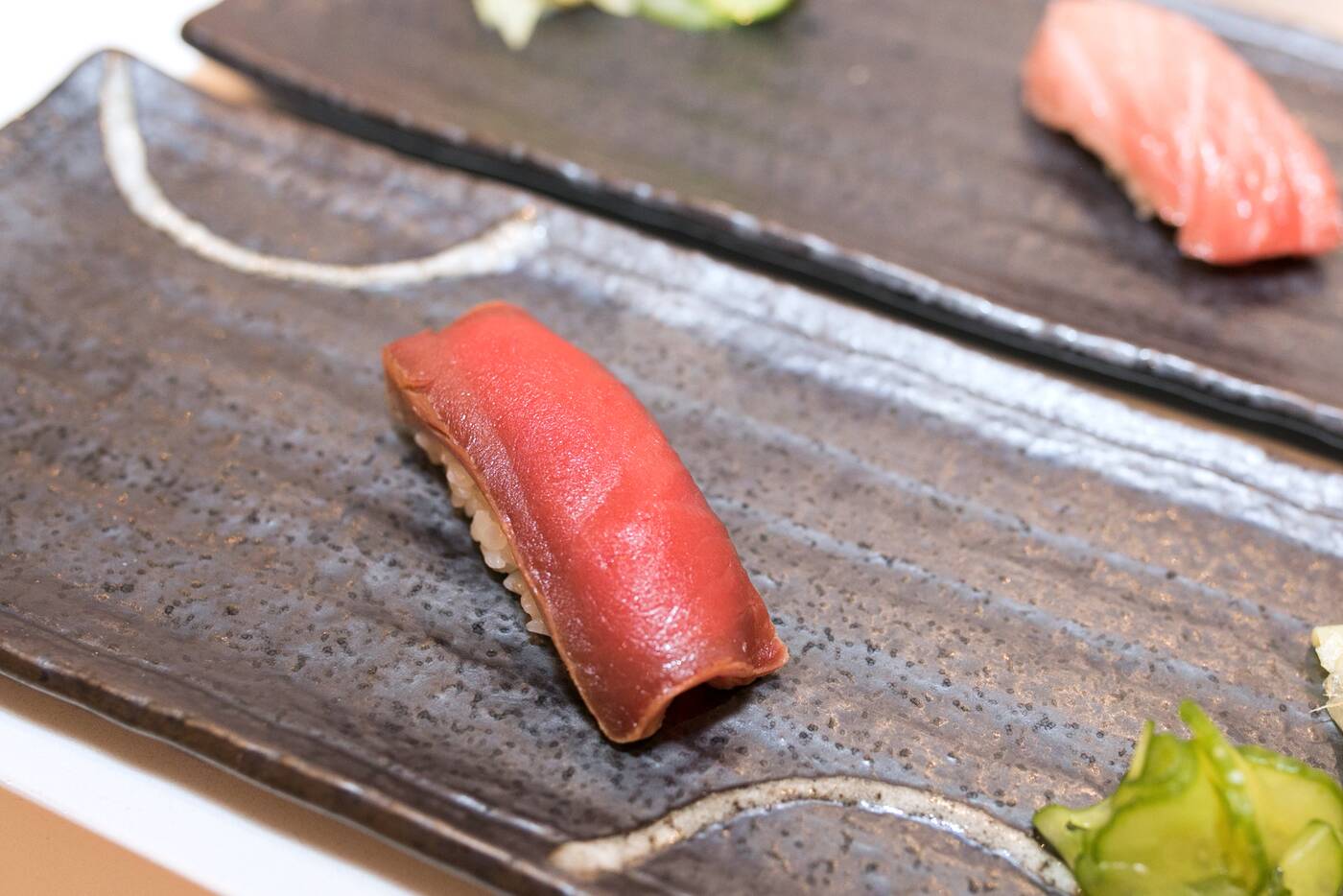 The lean blue fin tuna, or akami, is much less fatty than the chutoro and otoro also served, and popping with flavour after being steeped in soy sauce. 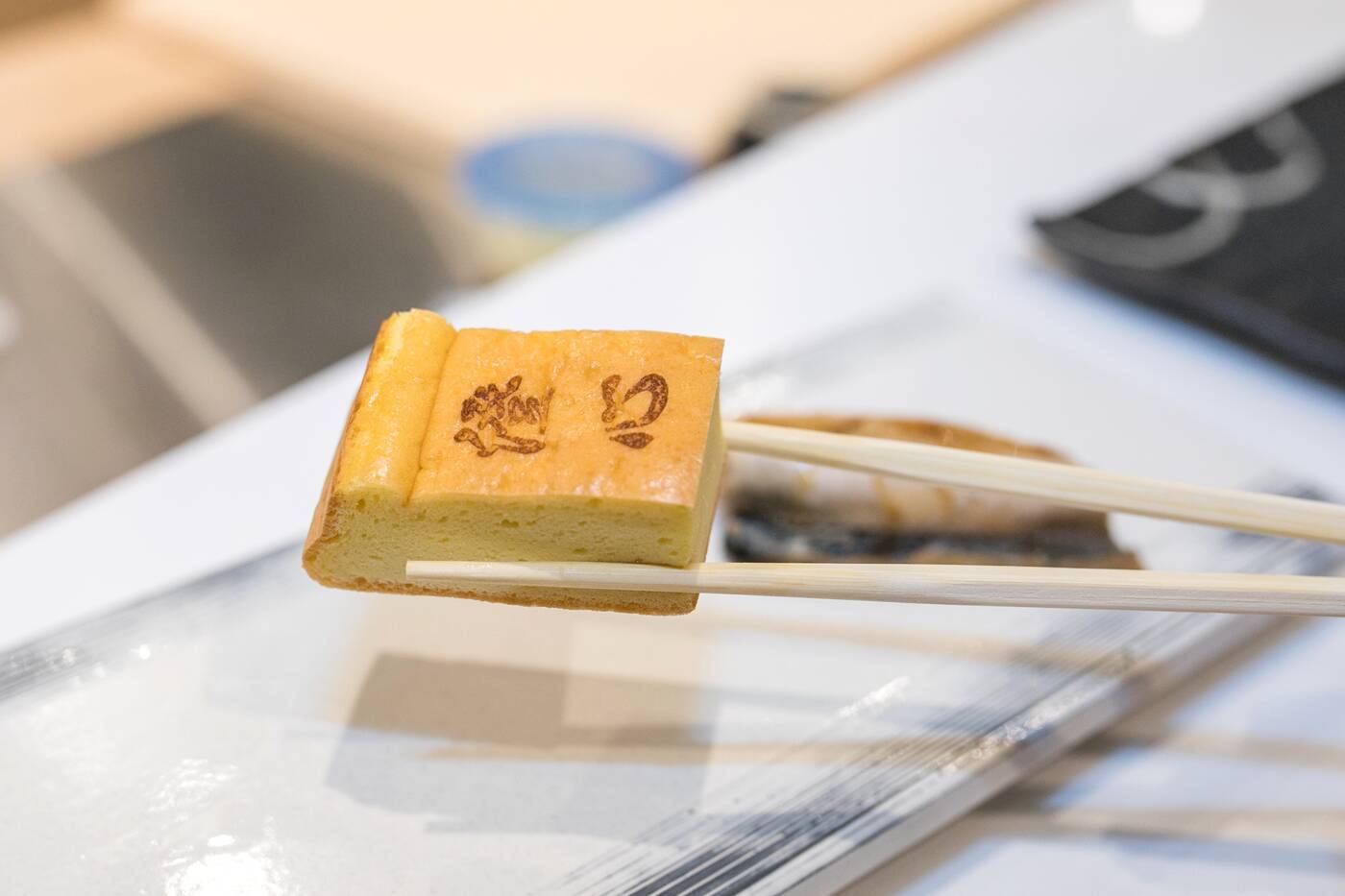 Light and airy tamago is made in-house, and embellished with some kanji that translates to 'clear heart'. You'll also get a home-made soup and dessert with your meal. 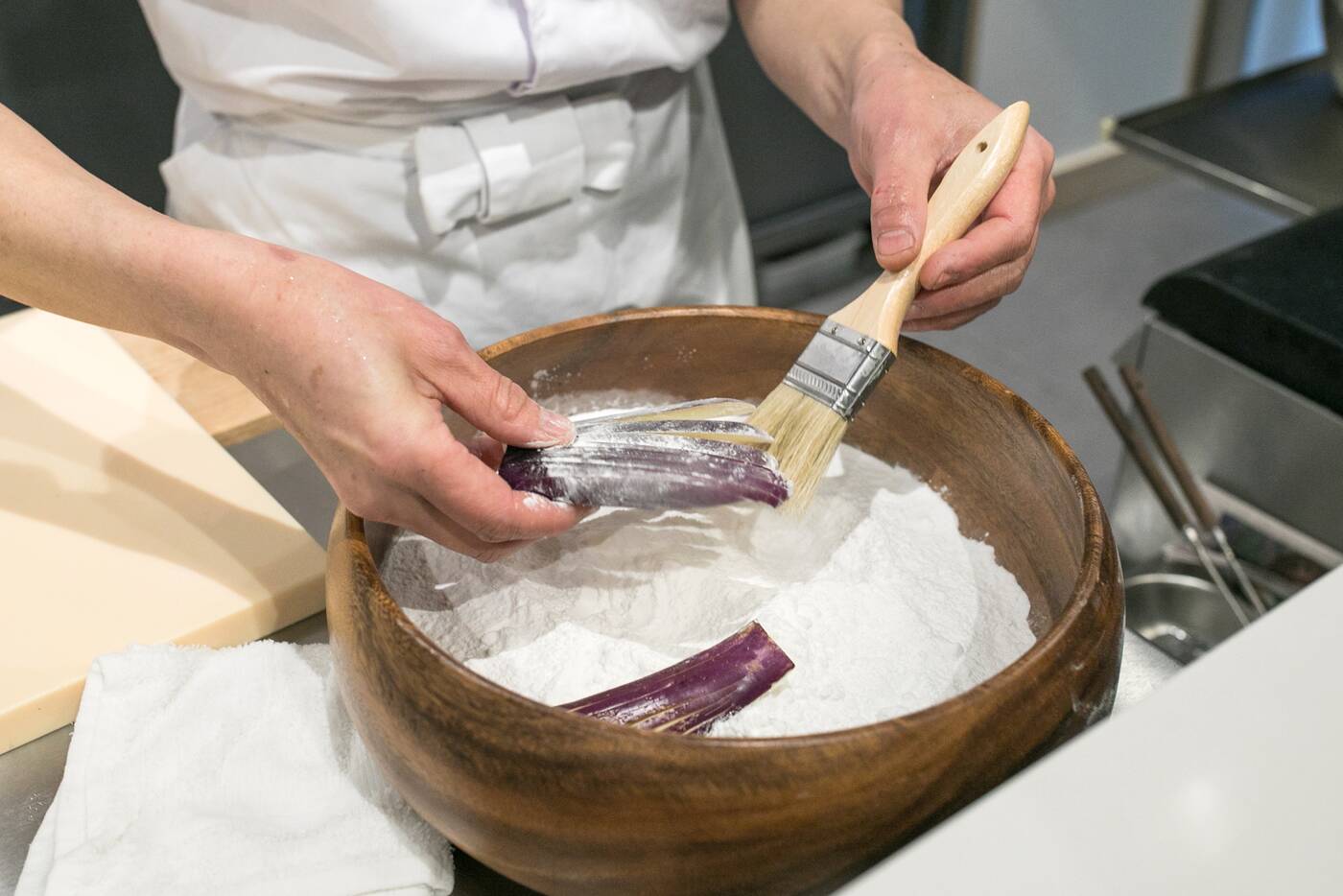 Located at the back of the restaurant is the tempura side, which is a whole other experience that requires a separate reservation. While the sushi side is impressive, this is definitely where Edomae stands out. 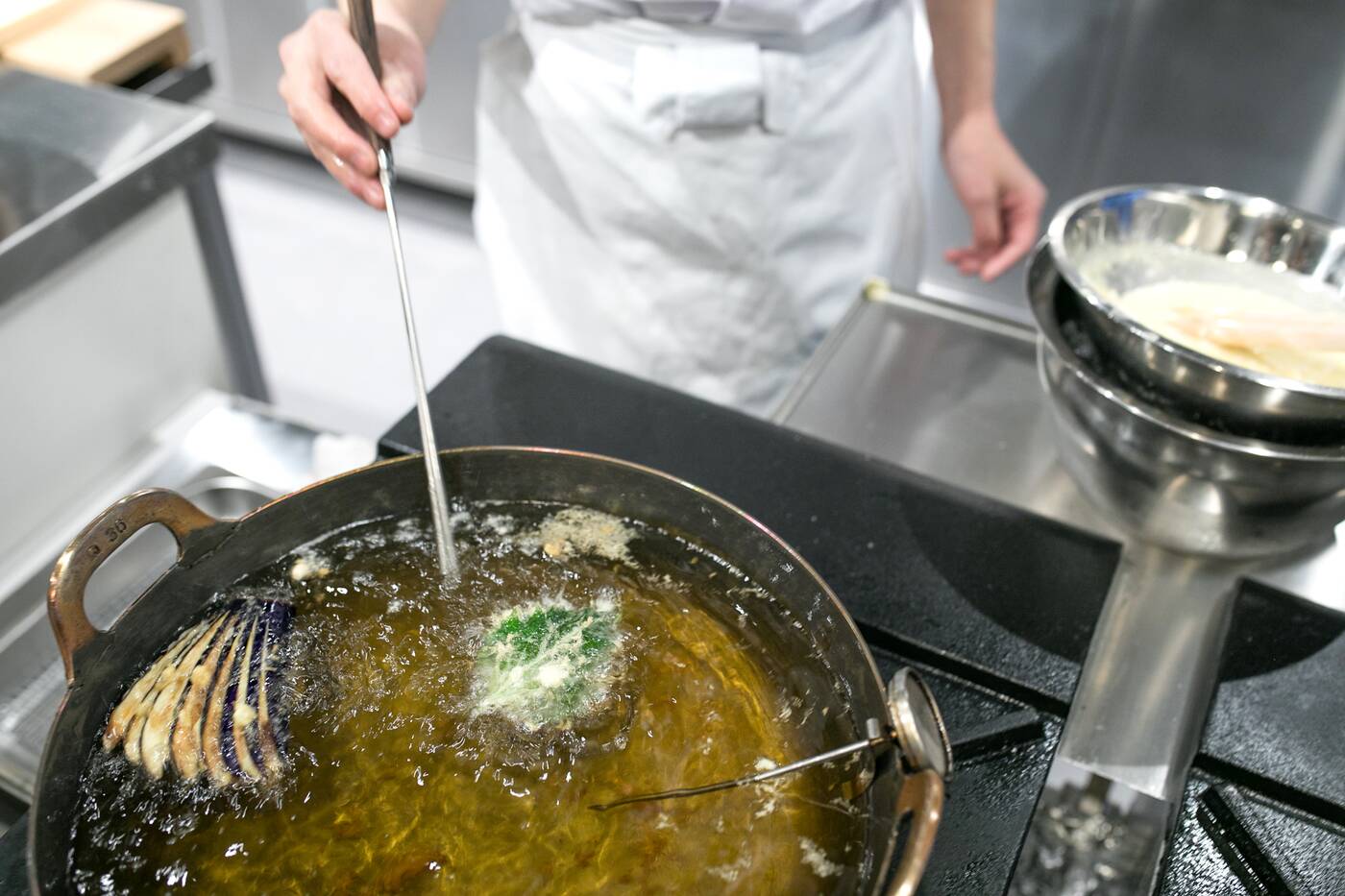 For $120 per person, around 10 guests can indulge in 18 different types of fried seasonal specialties alongside some scallop tempuri donburi. 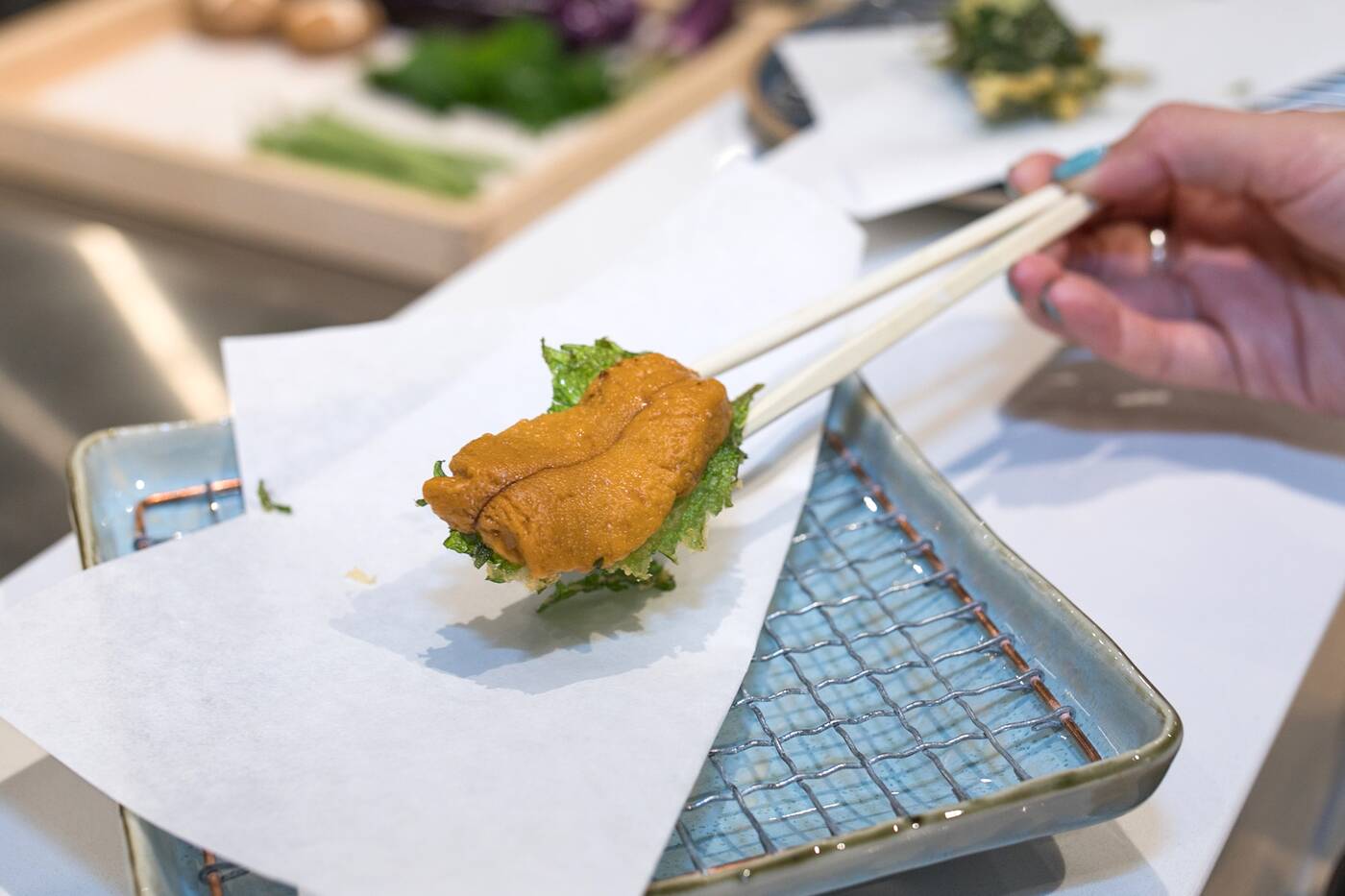 You'll start off with the same Chef's Choice sashimi platter as the sushi side, followed by a mix of seafood and veggies fried in a special mix of veggie and sesame oil. 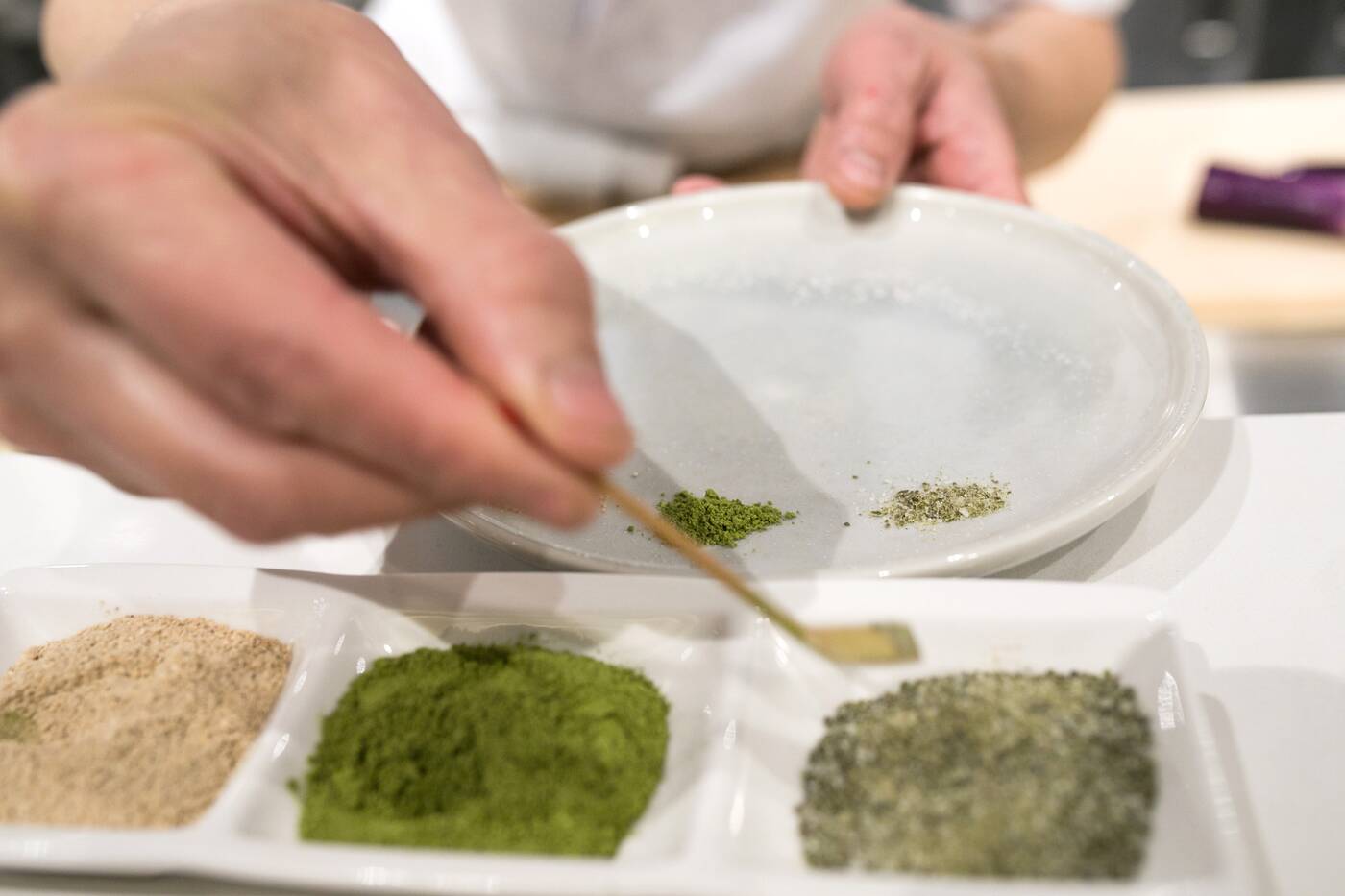 Japanese tiger prawns, shiromi, squid, lotus root, abalone are all fried up and served one by one on the bar-top grill. Help yourself to three different types of salt: matcha, shiitake, and kombu (or kelp). 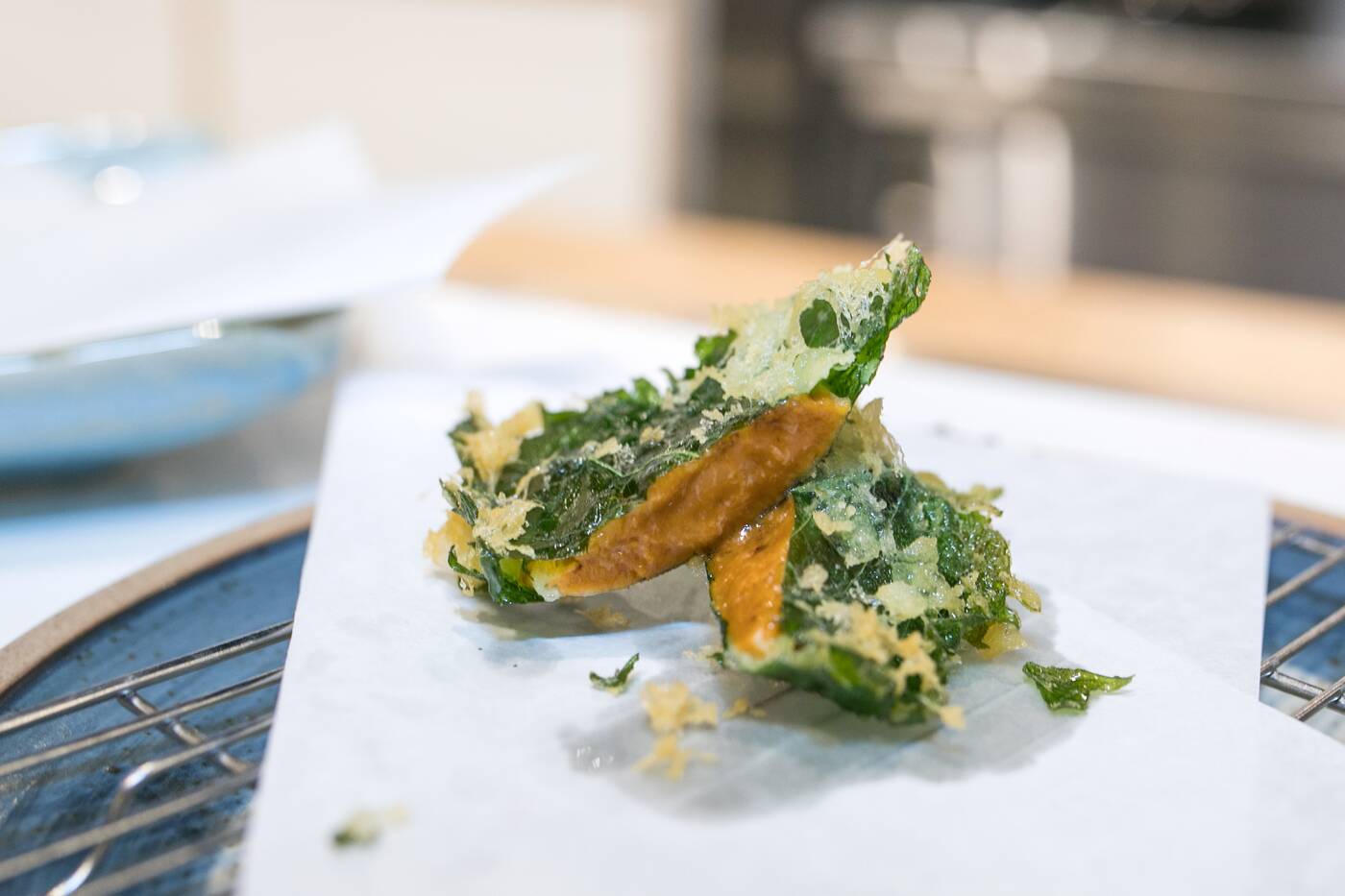 While it might seem like blasphemy to deep fry perfectly good uni, the technique here is to fry it between two pieces of shiso so that the leaves crisp up while the creamy portion sea urchin inside remains intact. 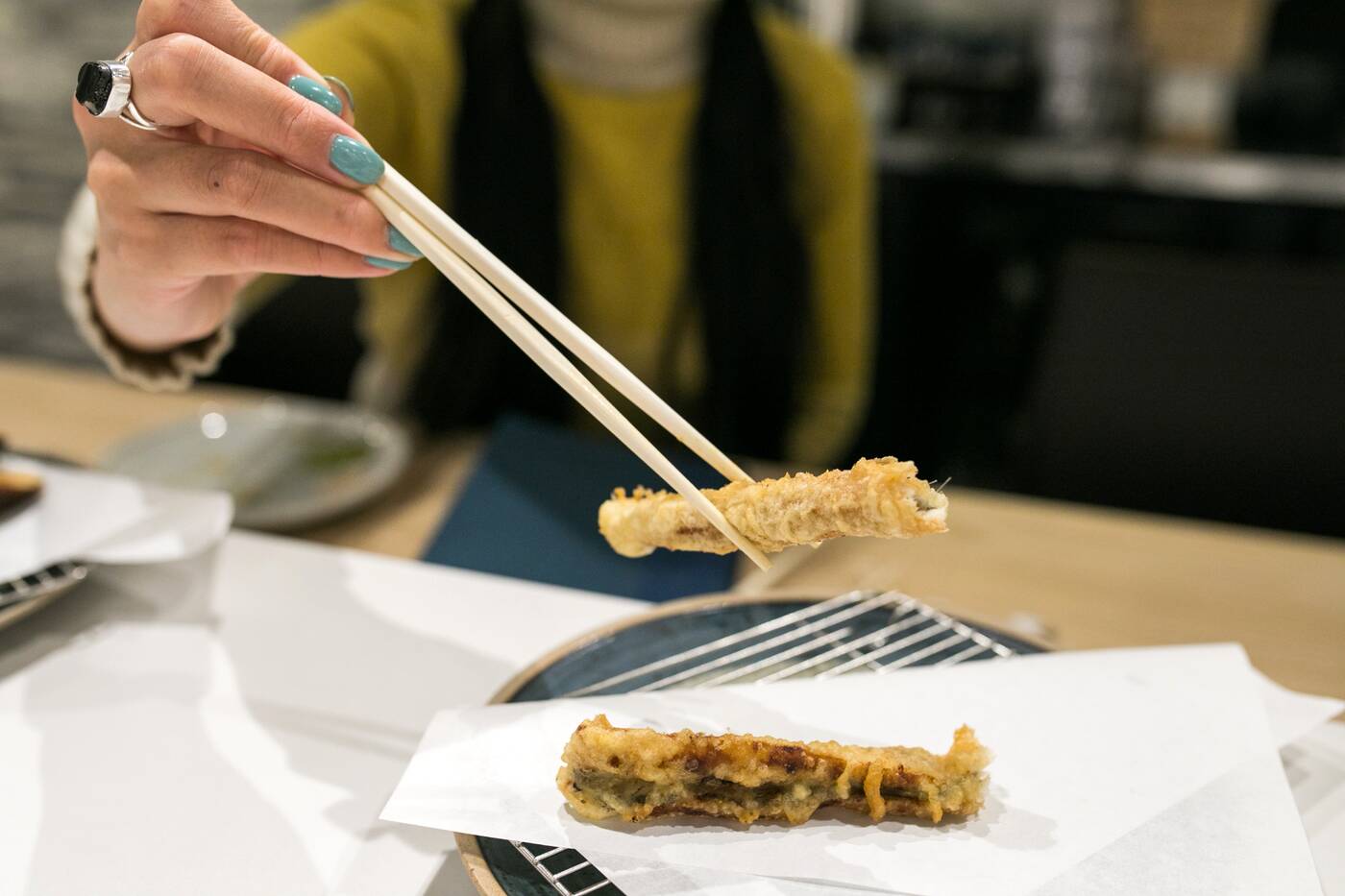 A long piece of sea eel is also on the menu, and goes particularly well with the matcha salt. Or just dip it into their tentsuyu sauce, which is super light and served with grated daikon. 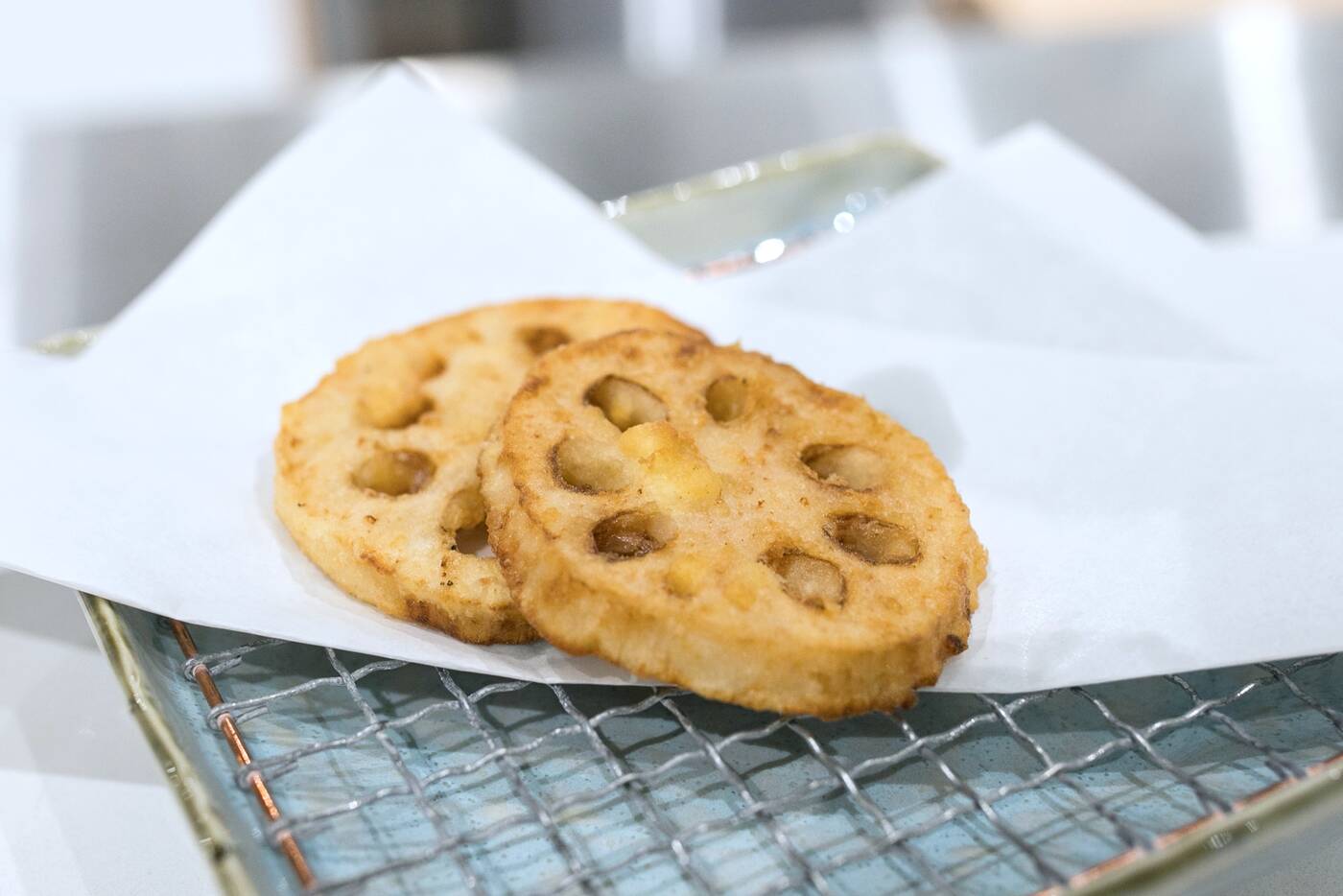 Both sides of Edomae shine in their own way, though the tempura omakase might be the more coveted spot given it being its first foray into the city. 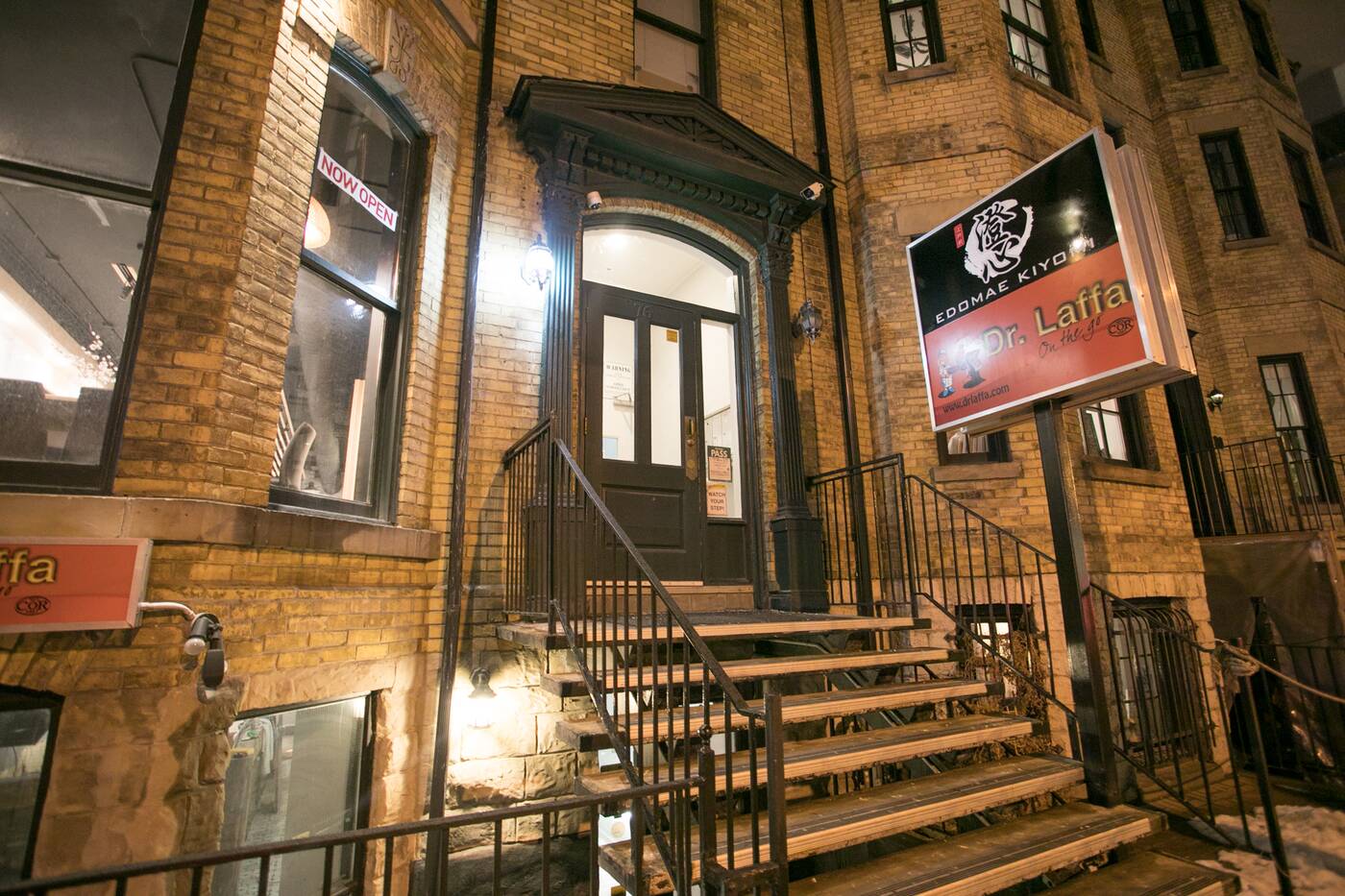