Dova is an Italian restaurant specializing in Sicilian specialties and Mediterranean-inspired seafood dishes.

Headed by chef Roberto Marotta and his wife Jacqueline Nicosia — whose other restaurant Ardo (named after their son) does more traditional takes on Italian eats with less of a fish focus — Dova is actually an ode to historic Don Vale, or present day Cabbagetown, where it is located. 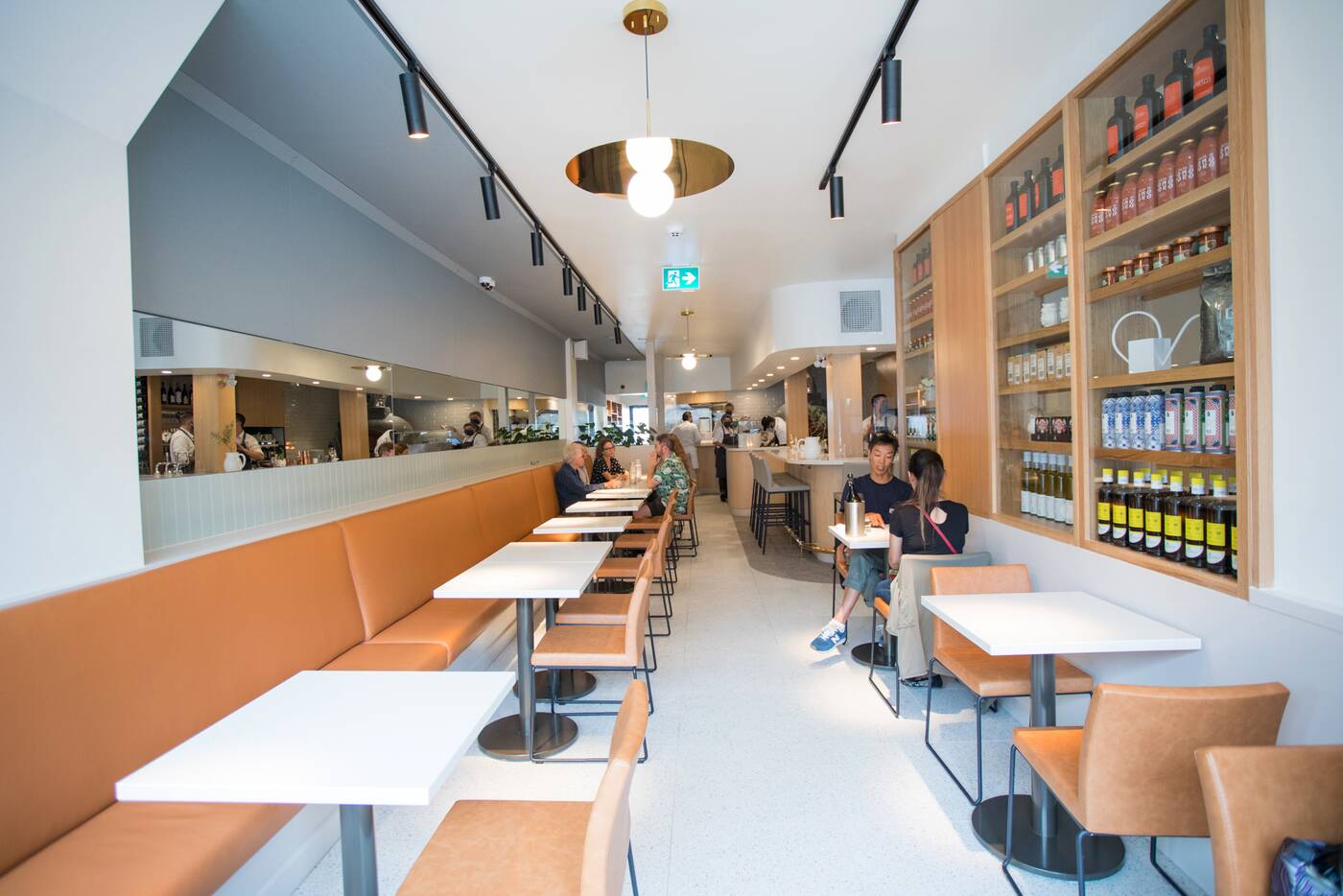 This subtly glamourous spot offers a wine program curated by an in-house sommelier and a downstairs area for private events. 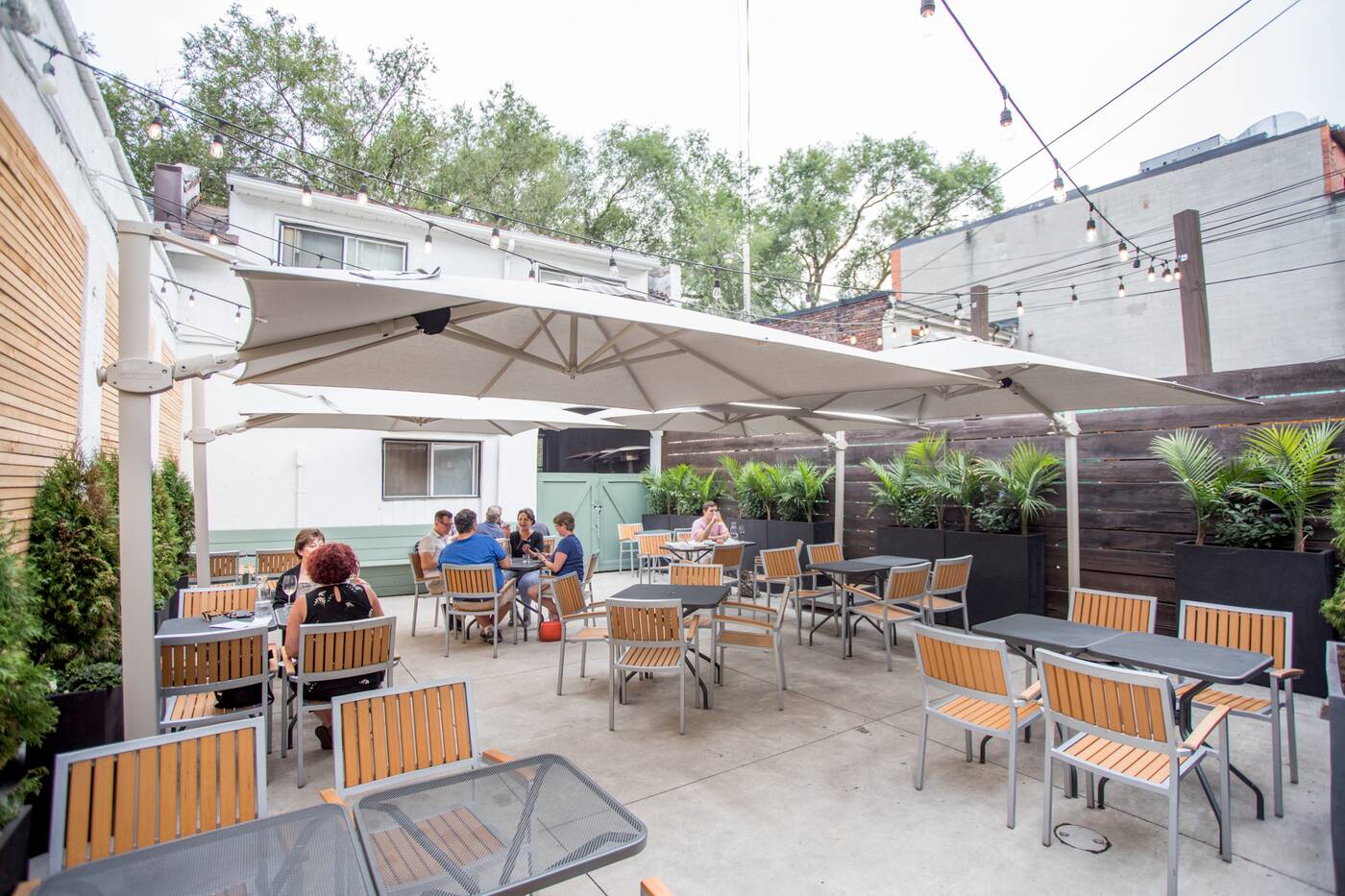 They're also running a Dova Pantry, which is stocked up with essentials from Siciliy, brought over by the couple's company, Vivi Imports, named after their daughter. 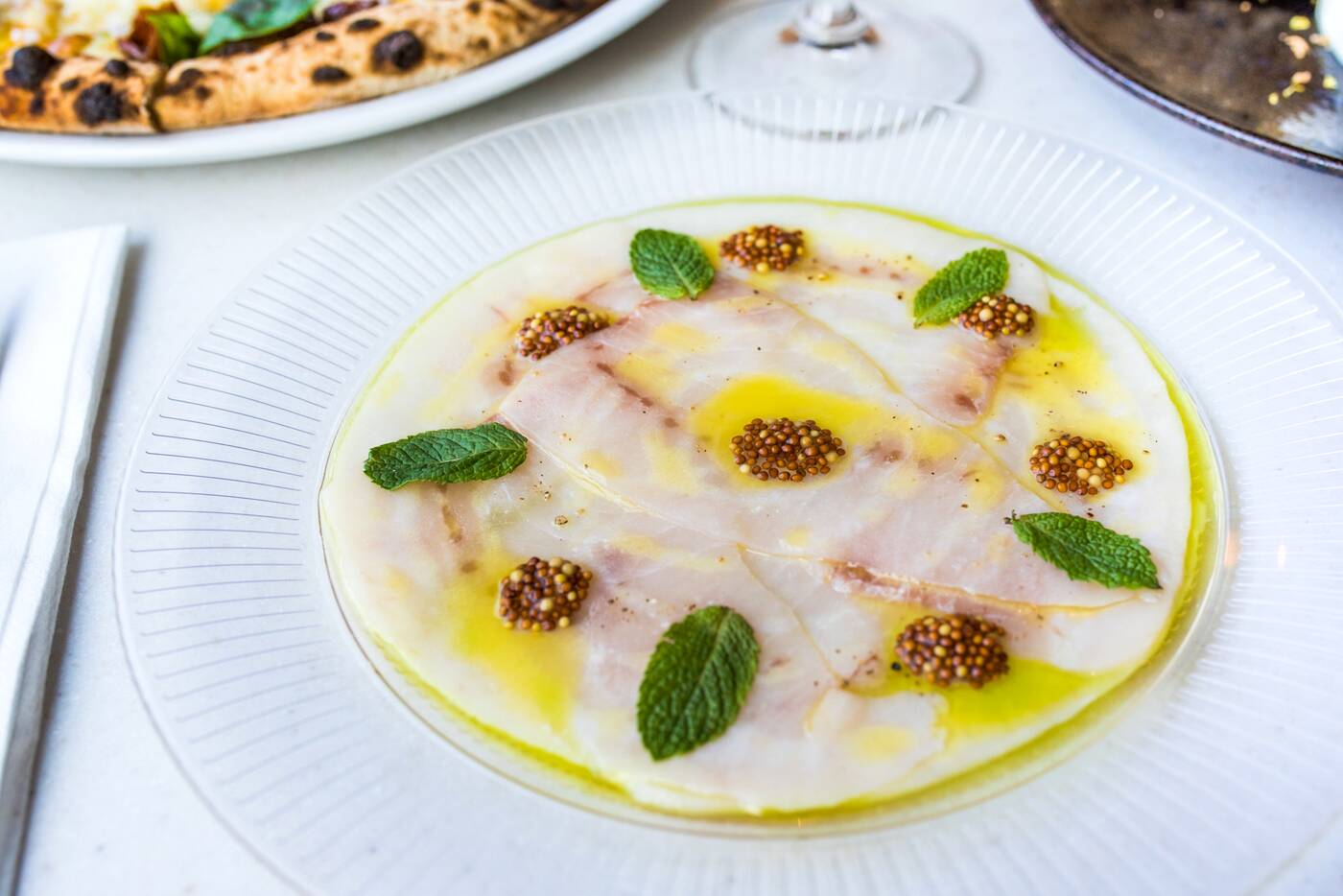 A swordfish carpaccio ($21) comes from the raw menu, and is a good way to get into restaurant's seafood offerings. This pesce spada is served with a simple dotting of mustard seeds, mint and olive oil. 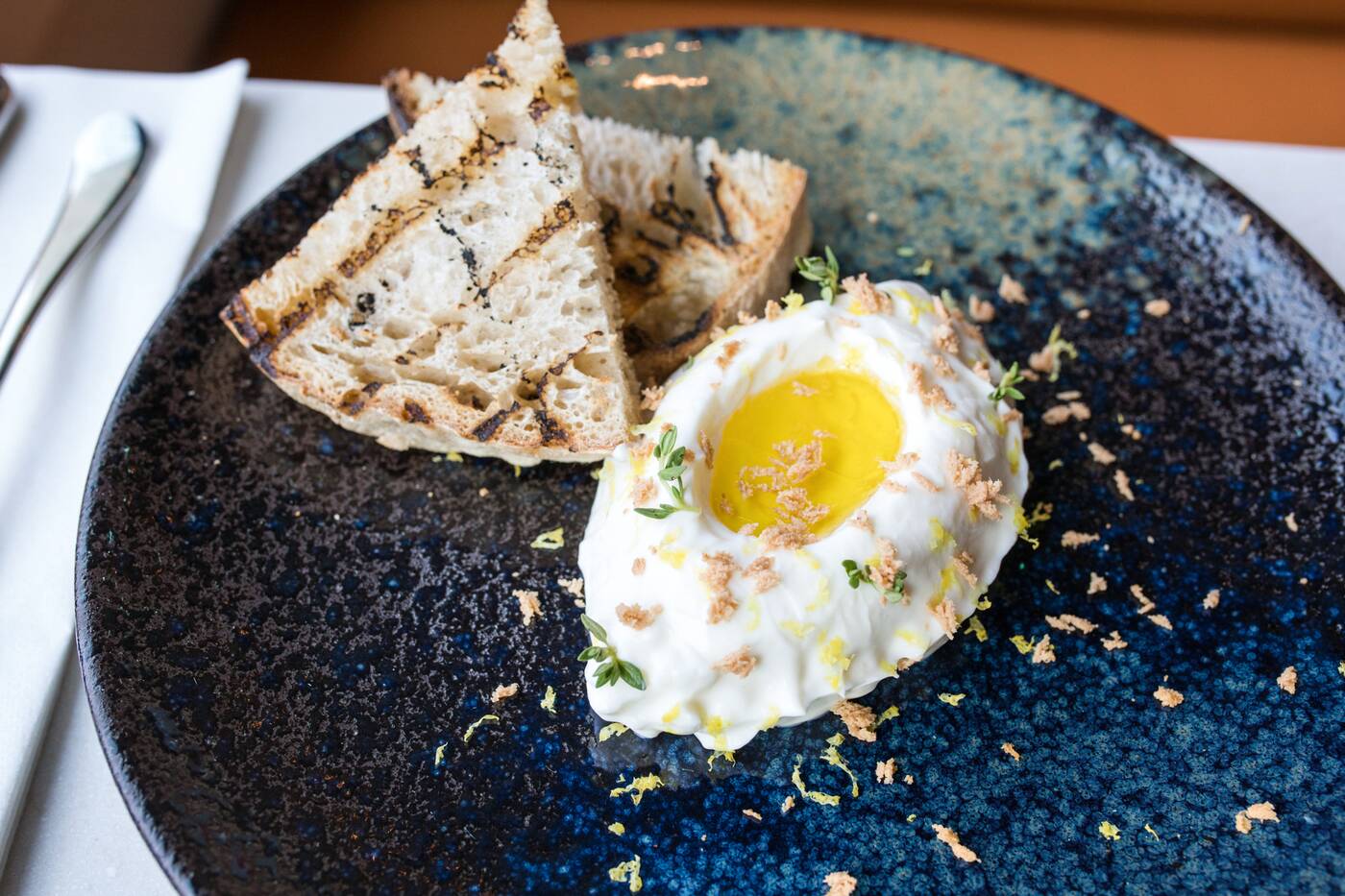 The ricotta and bottarga ($17) is a delicacy of whipped, lemony ricotta, served with bread and olive oil. The bottarga di tonno, or preserved roe from the bluefin tuna, is grated on top. 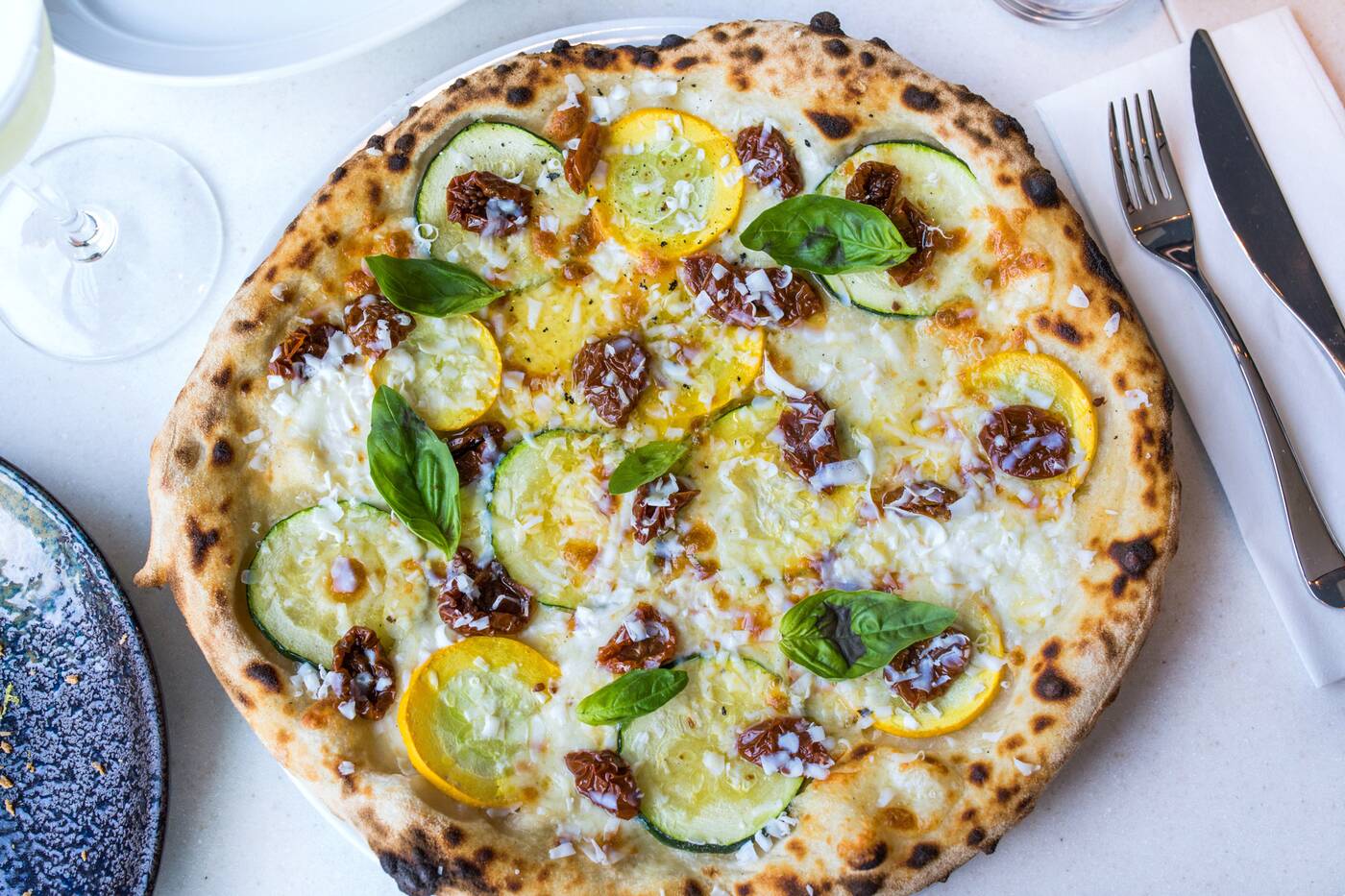 Pizzas are super light, made from 48-hour sourdough and baked in the wood-fired oven. 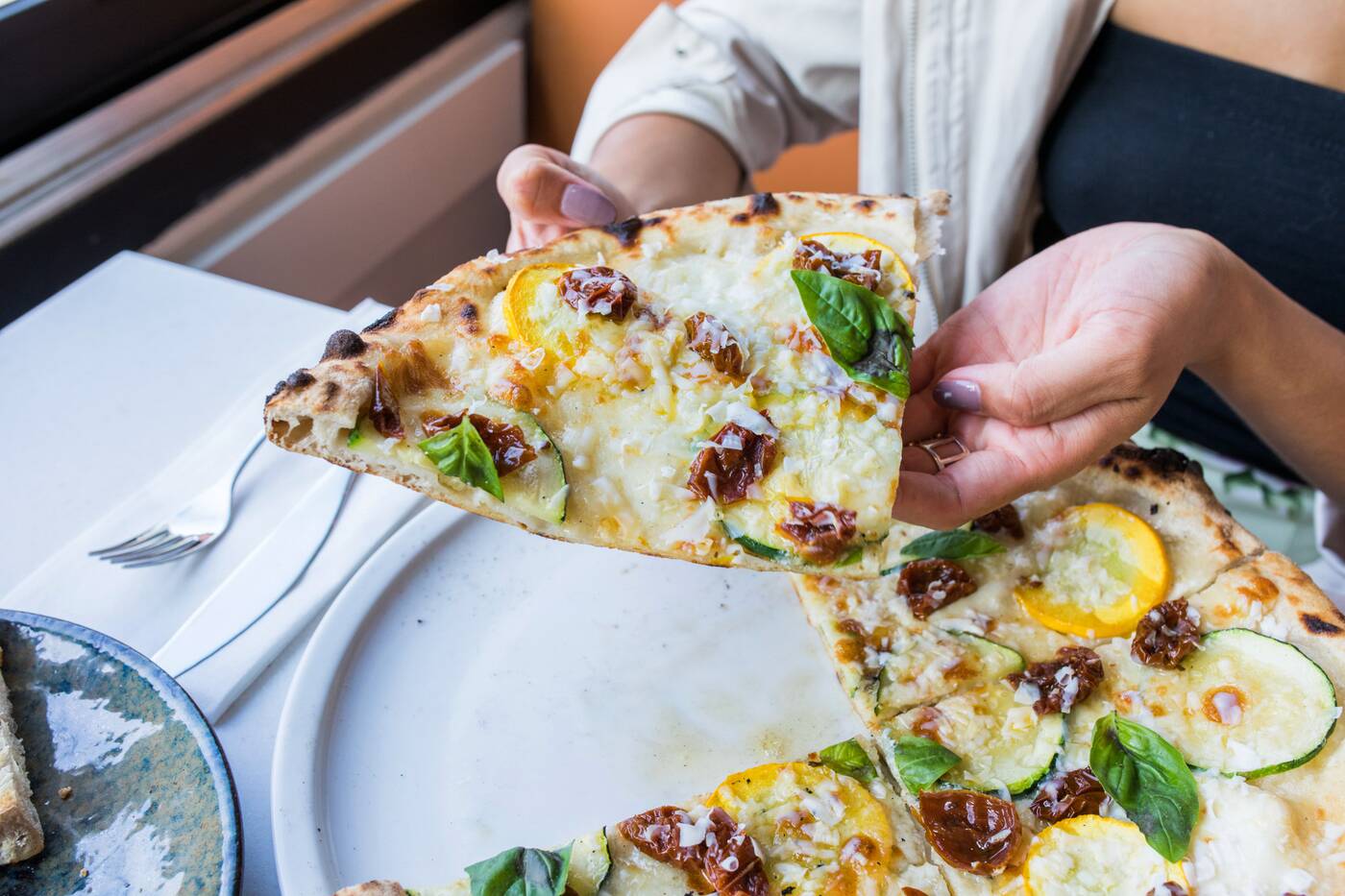 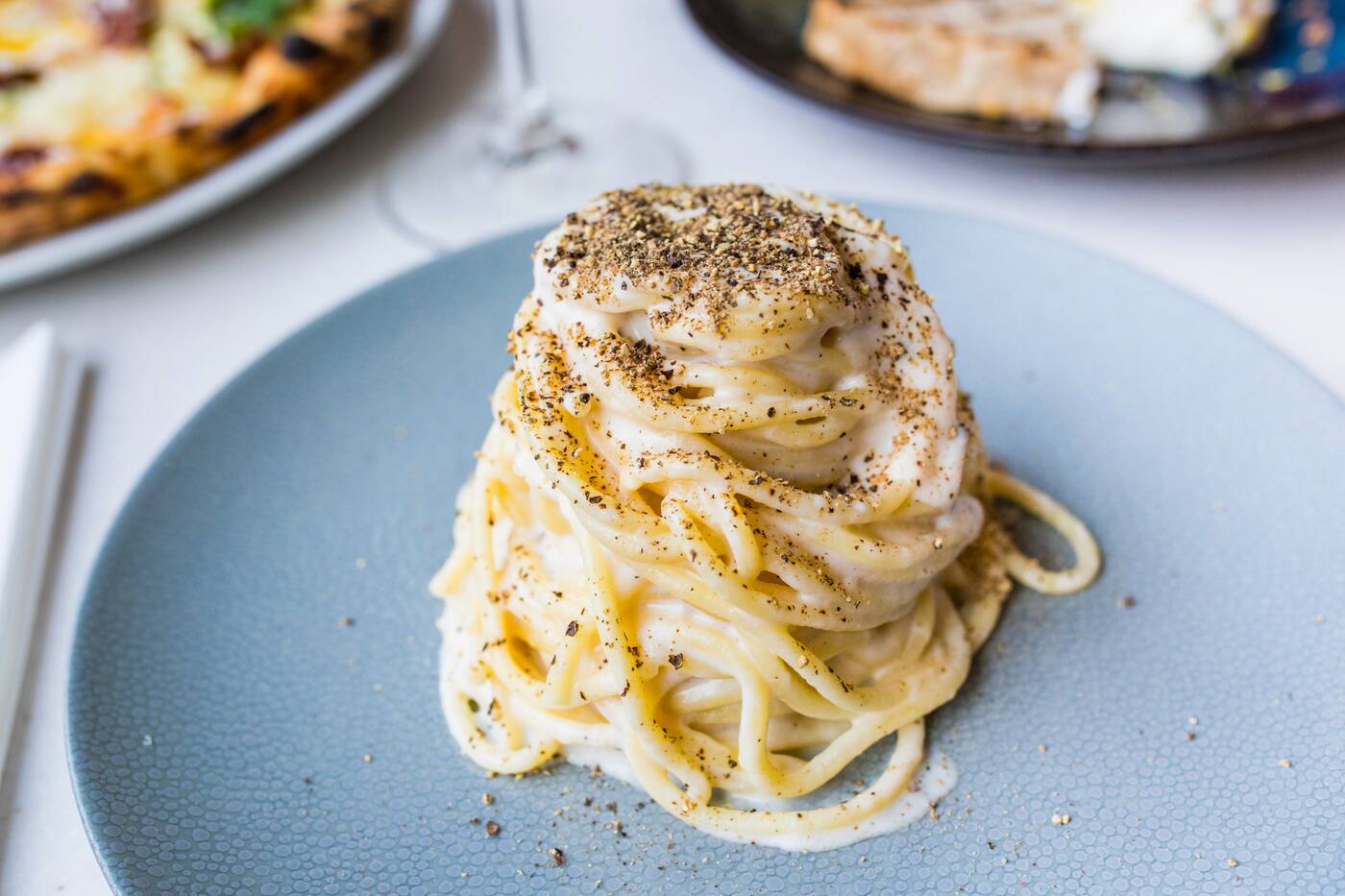 The minimal cacio e peppe dish is given a ricotta treatment instead of pecorino. The ricotta and pepe ($19) is super simple with fresh ricotta, black pepper and pasta made in-house from a blend of Canadian semolina and grain from Italy. 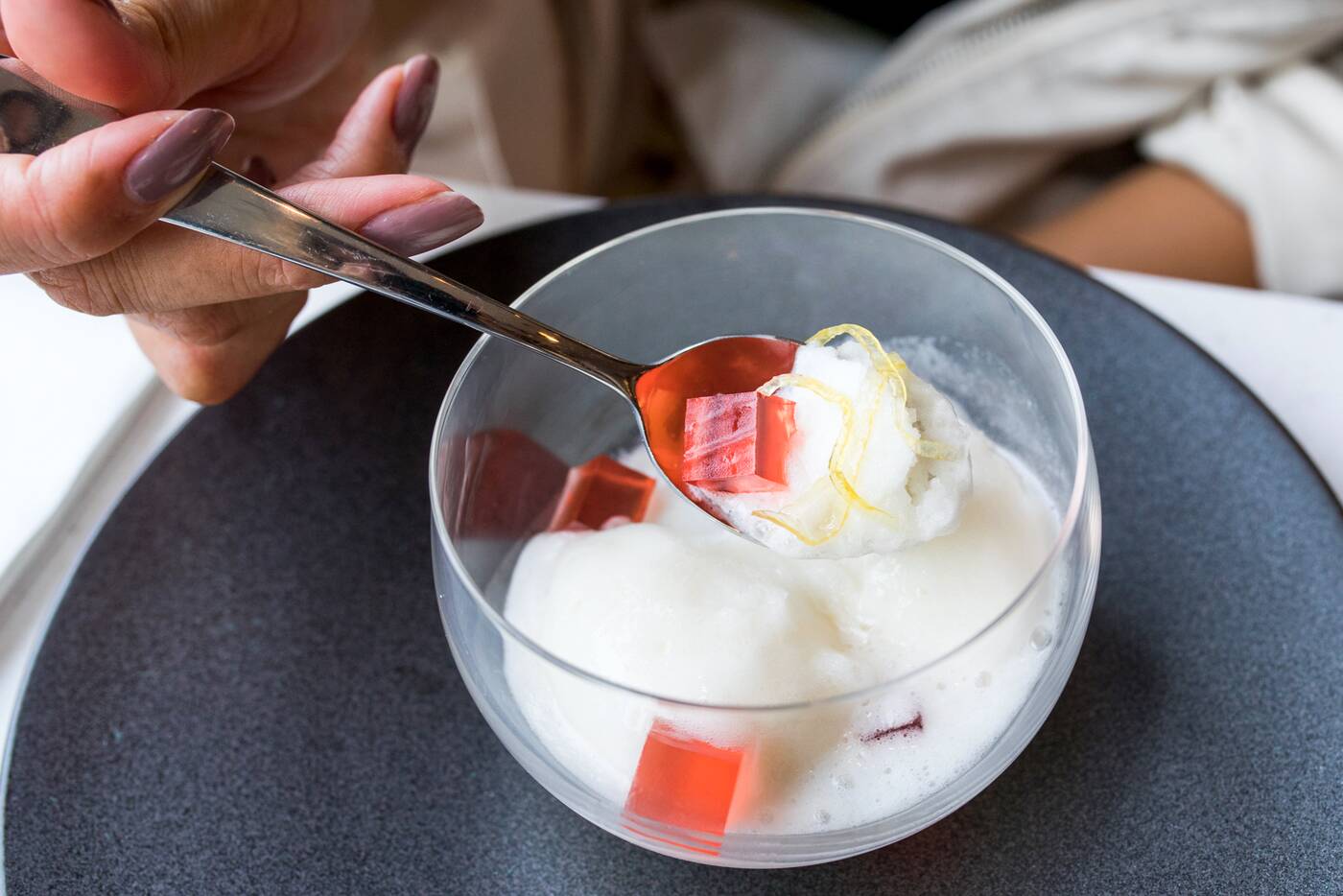 For dessert, there is a lemon sorbet with Campari jello cubes. 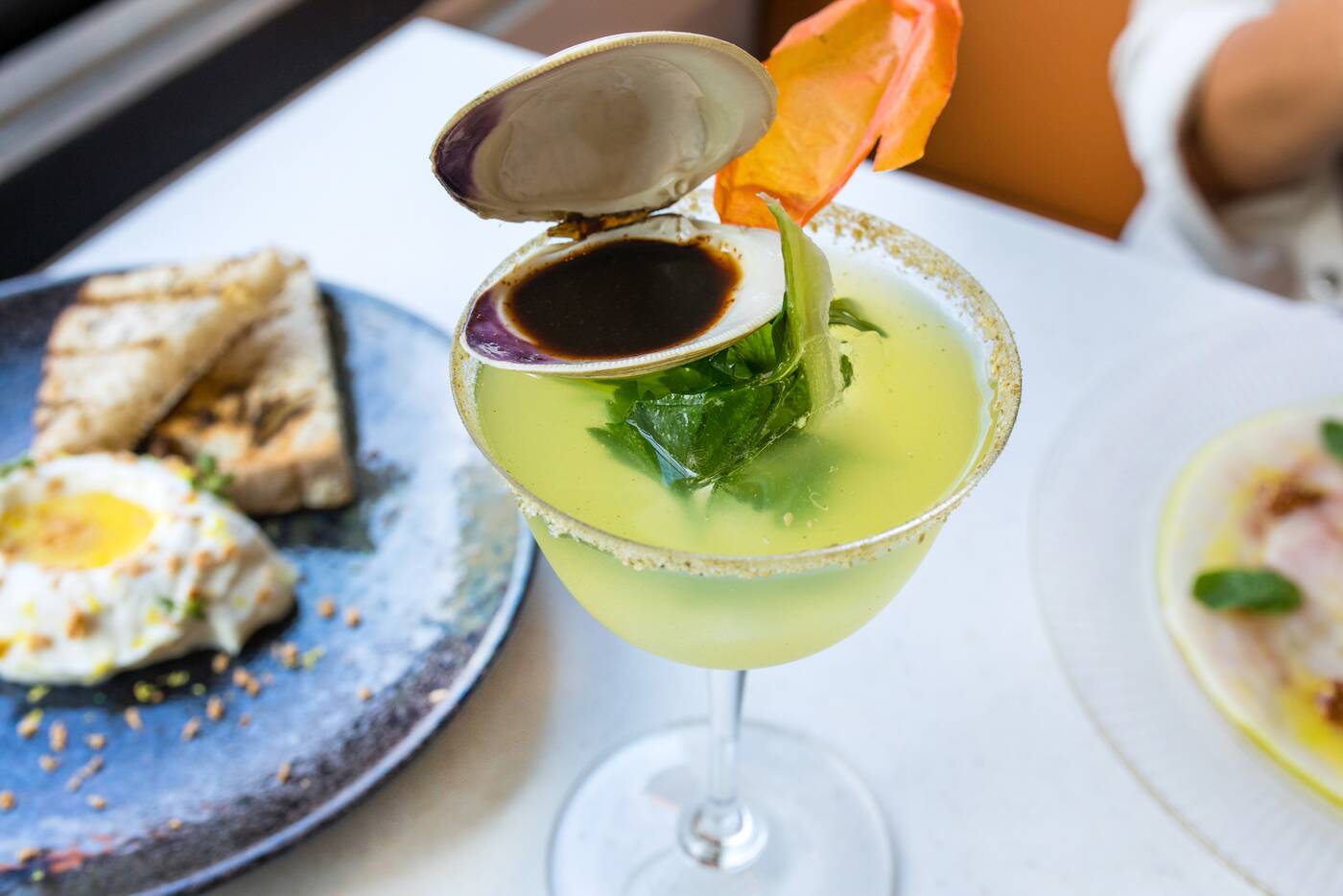 From the cocktail menu comes a novel take on the Canadian Caesar.

The Dova Caesar ($16) ditches the Clamato and instead comes as a green drink, with a base of horeradish and pickle-infused vodka, lime juice, pomodora water and celery bitters. 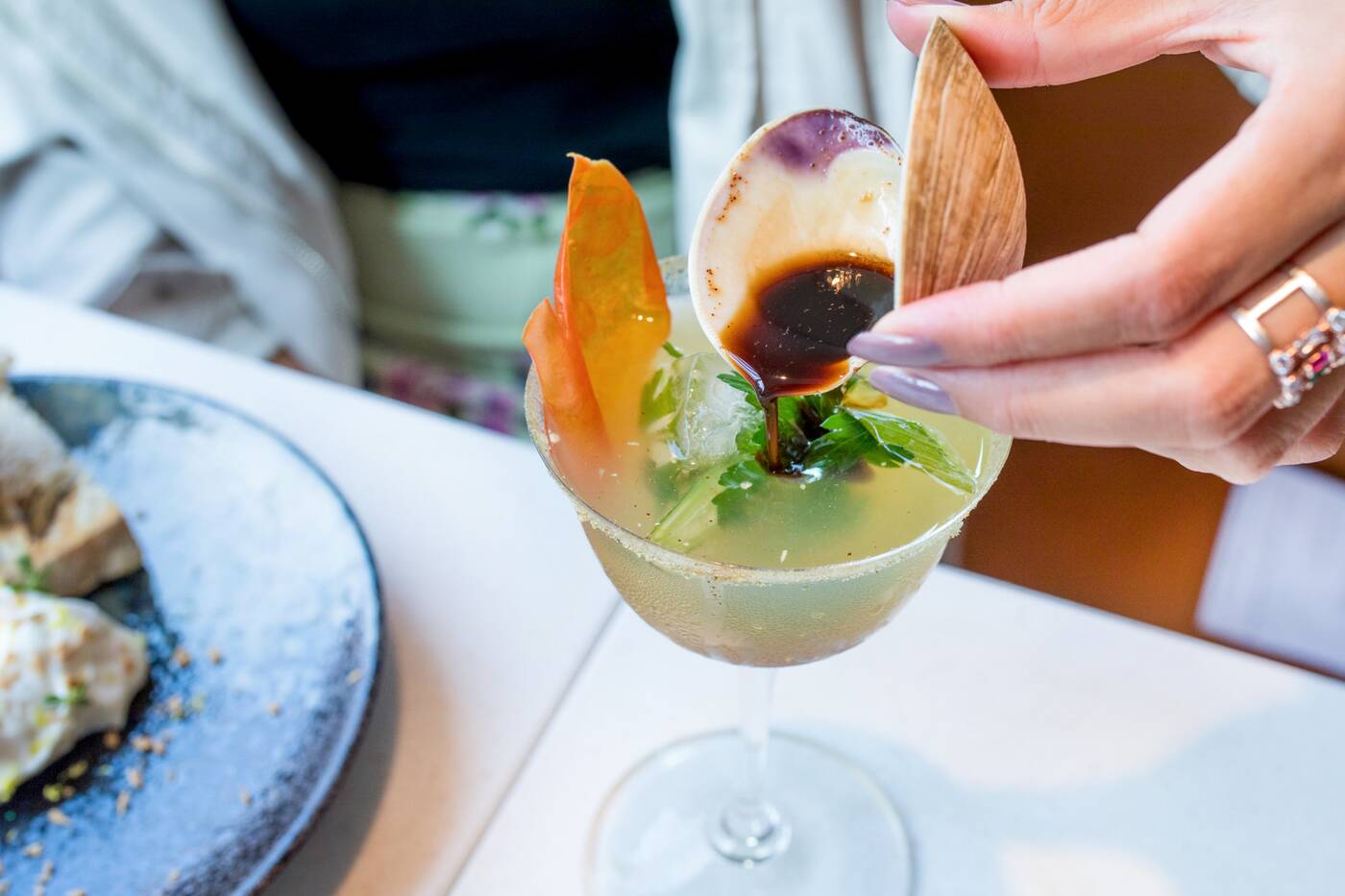 A dehydrated tomato skin gives a little hommage to the original cocktail. House-made Worcestershire sauce with some pepperoncini served on the side in the clam. I'll personally take this over a regular Caesar any day. 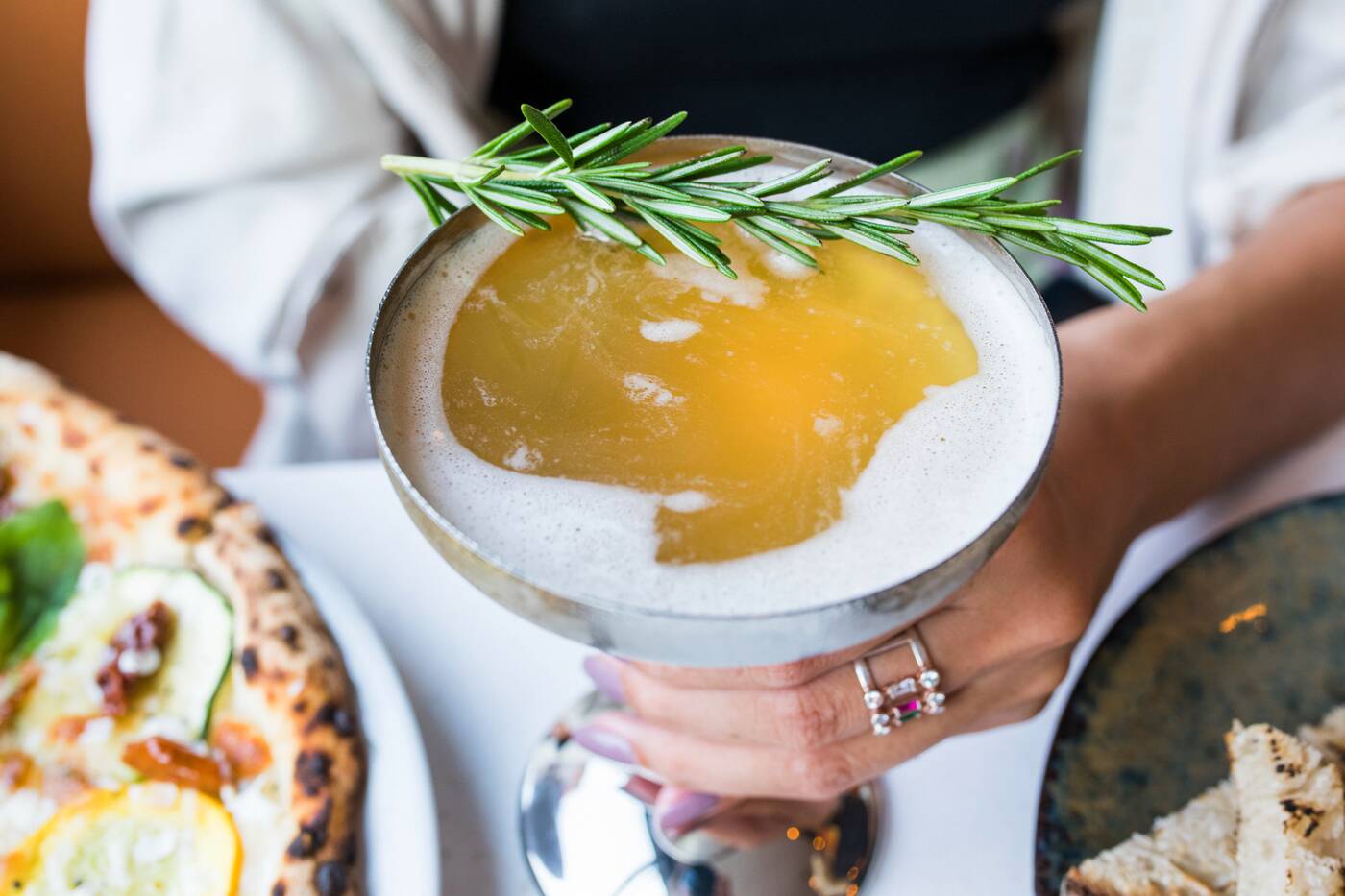 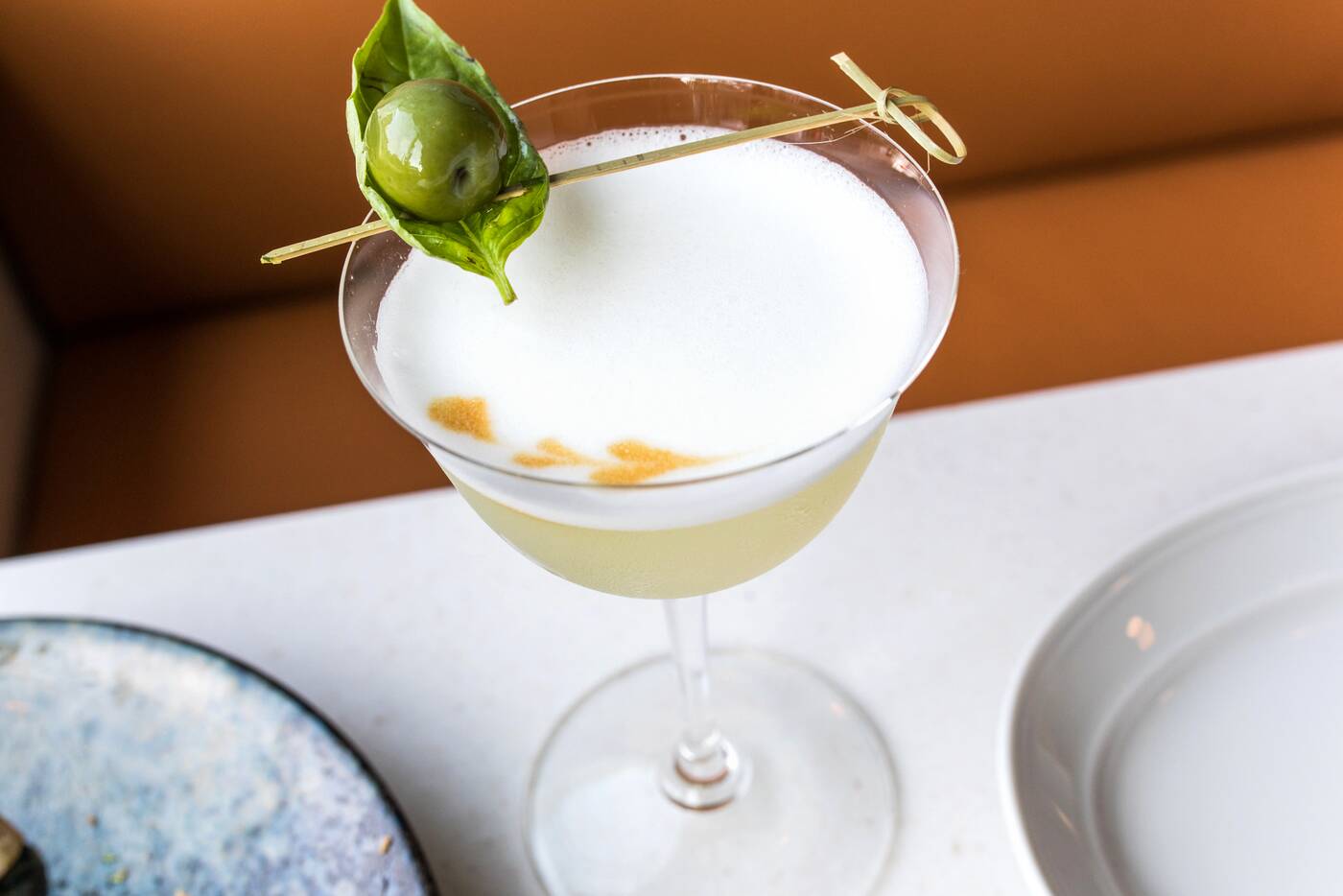 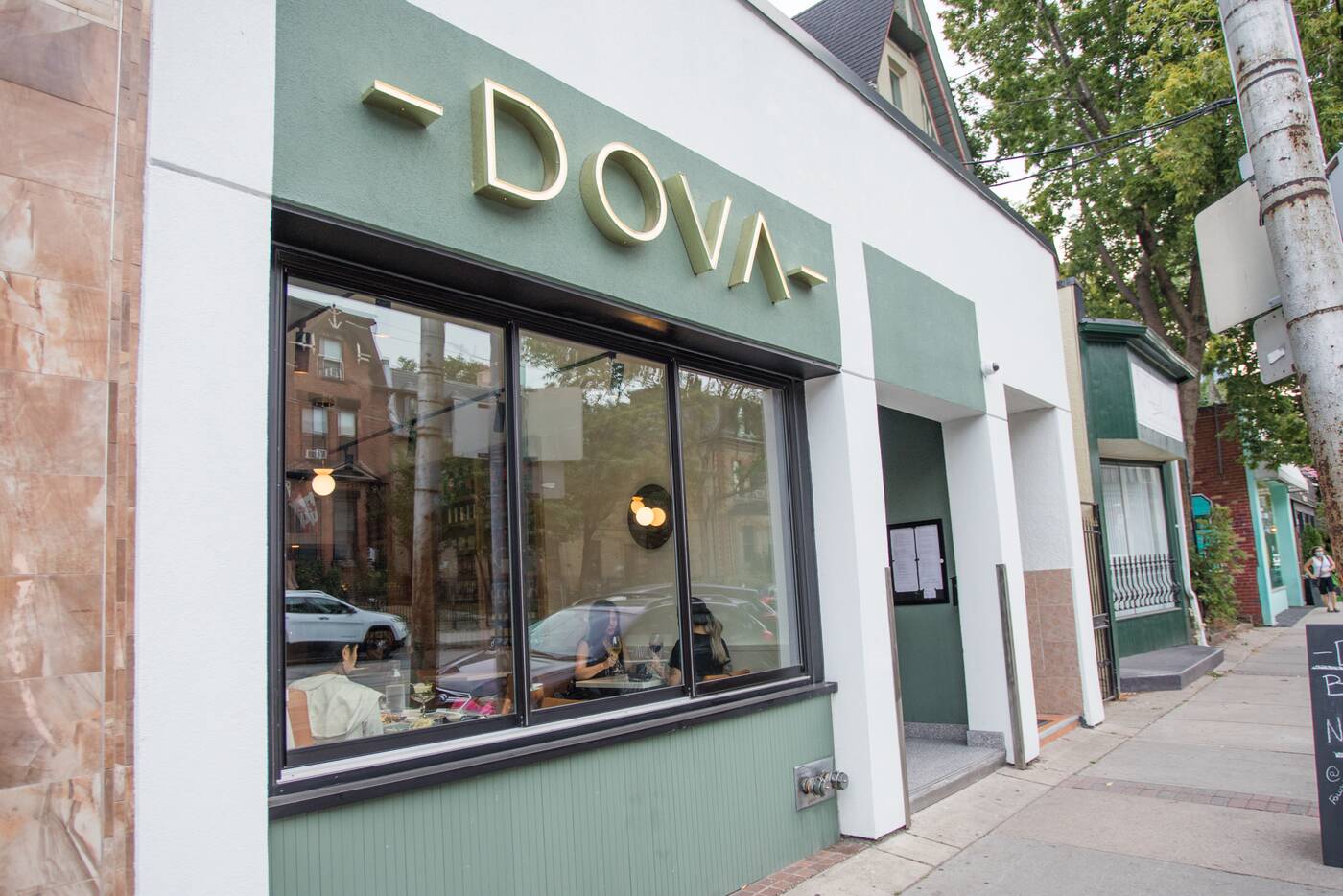