Cuscatlan is currently open but their offerings and services may be affected due to the pandemic. Please contact the business directly for more information about any changes. Is this your business? Please contact us if you would like to update this message.

Cuscatlan Latin American Cuisine opened their doors over two years ago, serving up genuine Salvadoran cuisine from a strip mall close to York University, on Steeles by Jane. Named after the Cuscatlan region in El Salvador, this Latin eatery focuses on their native dishes, as well blending in some Tex-Mex flavours.

Owner Jose Aleman oversees the place while his mom, Paula, runs the kitchen using tried and true recipes that reflect the best from their native country. The food is all homemade, including the freebie nachos that arrive to get things started. 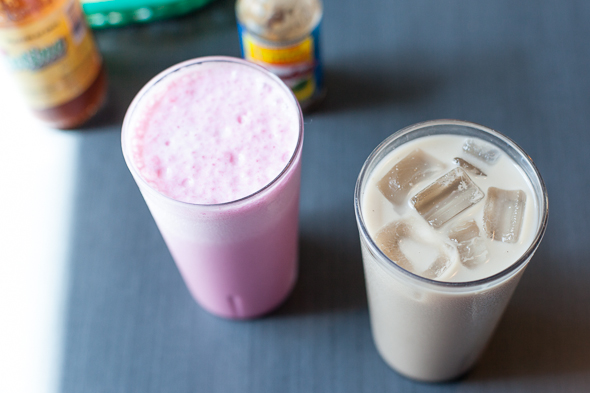 The bar menu is massive, including a full page dedicated to juices and pops from home, like the Horchata ($3.75), made from Morro Seed, this creamy drink is sugary sweet and slightly chocolaty. Cebada ($3) is made from barley, but comes shockingly pink, resembling Strawberry Quik. A quick flip of the bar menu reveals more adult choices like cocktails, wine and beer. 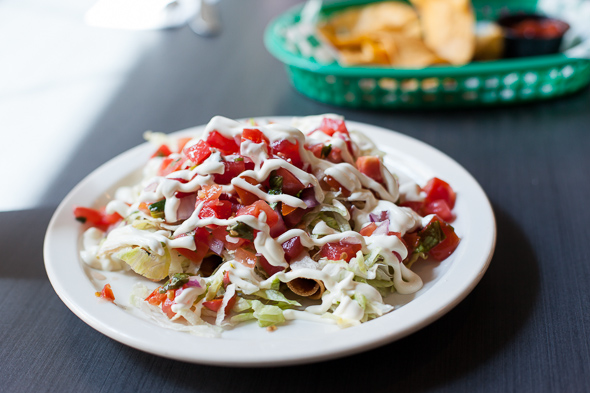 The Flautas de Pollo ($7.50) are tasty deep fried tubes filled with chicken and covered in a smattering of greens and tomatoes, and a liberal swirl of sour cream. 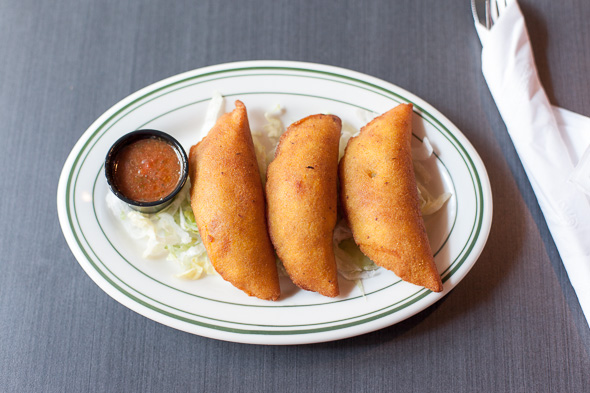 Filling and satisfying, the Colombian style Empanadas ($6.25) come crusty with a cornmeal shell, sort of like an arepa, here stuffed with beef and potatoes and tangy aji sauce on the side. 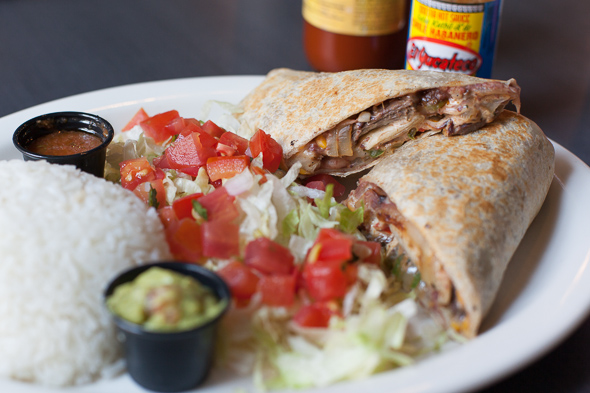 The Beef Burrito ($12) showcased the Tex-Mex flavours. Rice and salad were largely ignored in favour of the meaty burrito, served with guac and green salsa. The tender meat was perfectly spiced, and the filling - made with refried beans, onions, cheese, and sour cream - necessitated a covert belt adjustment on the sly. 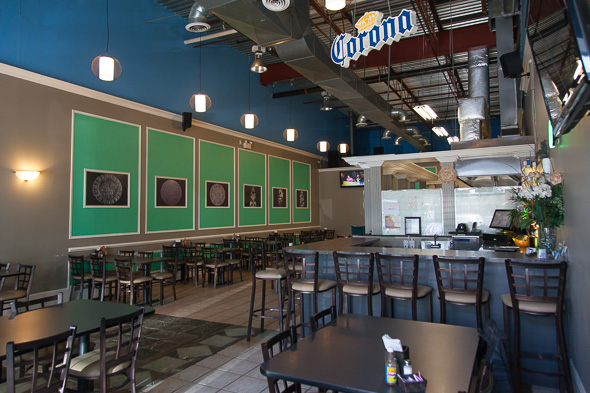 One thing featured that isn't on the menu is the futbol, or to us hockey hobos, soccer. Cuscatlan proudly boasts several TVs and will surely be a safe bet to catch the upcoming FIFA World Cup matches. 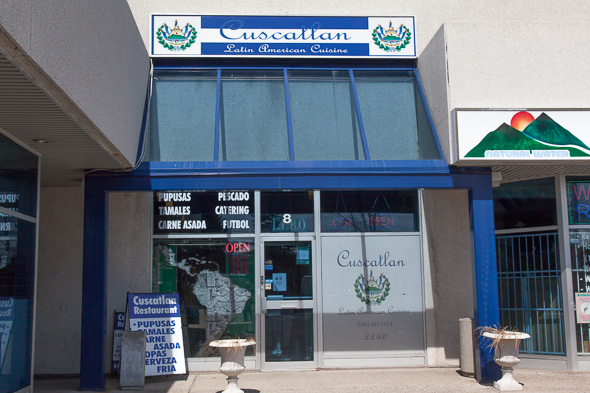