Cook's Fine Food Mart can be found on Finch Avenue just west of Yonge Street. The front window busily advertises homemade ice cream, chicken burgers and teriyaki - it's so cluttered it's hard to guess what this place really specializes in.

It's too cold out to even think about ice cream on the day that I visit, but the sandwich board on the sidewalk catches my attention. It reads: bulgogi and kimchi burgers. Really, that's all it takes to draw me inside. 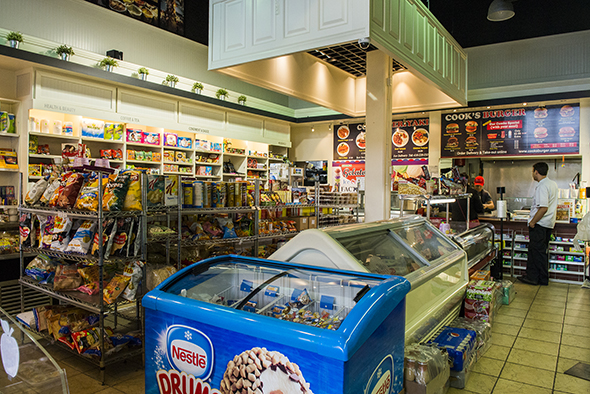 The interior is just as chaotic as the exterior. Cluttered aisles are stocked with a selection of convenience store goods like potato chips and household products but there's no cashier. The place is staffed by a sole cook in the kitchen at the back of the shop. He juggles taking orders, cashing out customers, and tending to his griddle.

I order the bulgogi burger and a kimchi burger as intended, then turn to the guy waiting for his order ahead of me waiting and ask what he got. "Pretty much the same as you, but all on one bun" he says. He goes on to tell me that his work only brings him to Willowdale twice a week, but he eats here every time. My instincts feel validated. 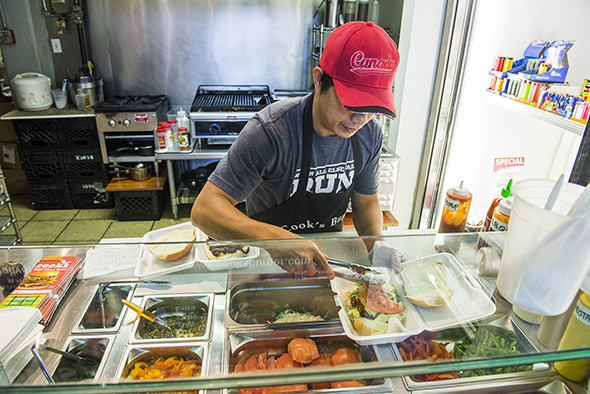 The selection of toppings is pretty unremarkable but the lettuce, onions and tomatoes are fresh. The condiments are lined up in unlabeled squeeze bottles, but there's a rush of new customers right when my order is up, and I just do what the savvy guy in front me does and put ketchup and mayo on both sandwiches. 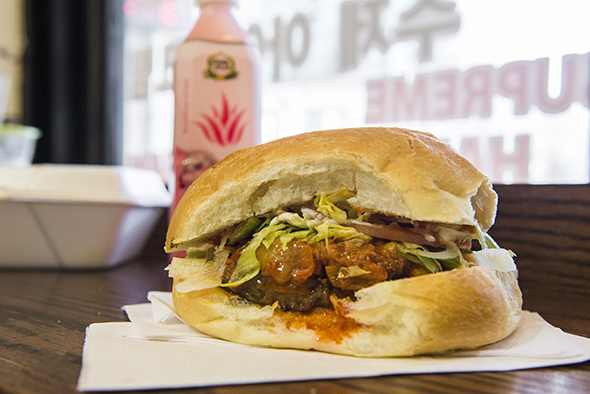 The kimchi burger ($6.49) isn't all that special. The burger itself is thick and juicy but I suspect it's from a box. The bun is so soft it soaks up all the sauces and can hardly hold up. Kimchi applied generously on top is redeeming. 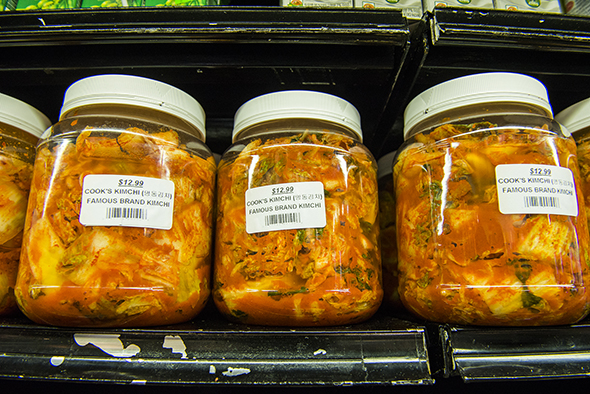 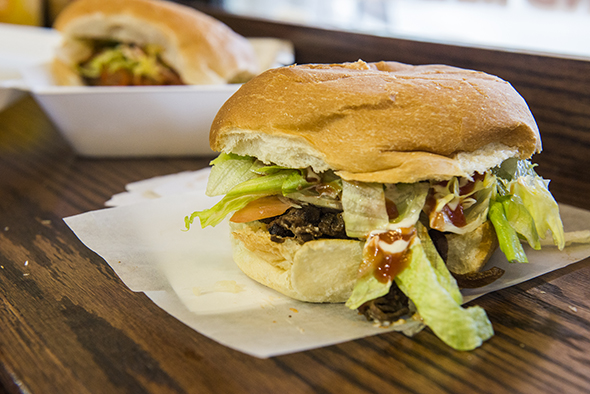 The real winner is the bulgogi burger ($6.49), which isn't actually a burger at all but rather chunks of sweetly marinated beef seared on the flat top and loaded onto a soft, squishy bun. It's really messy but delicious. 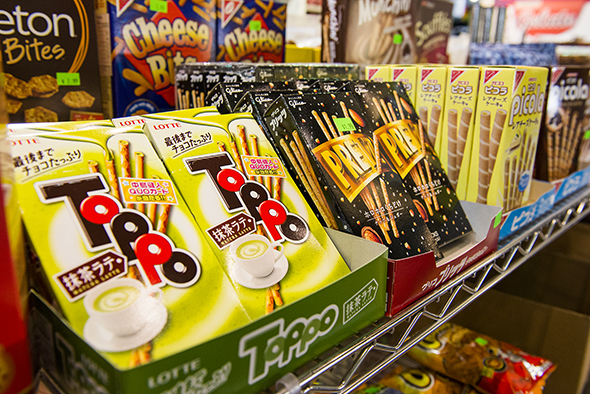 Aside from the made-to-order menu, the kitchen is happy to prepare rehydrate any cup of noodles, and there's a fridge upfront stocked with spicy tuna triangle gimbap (like onigiri), kimbap (Korean sushi), and yu bu chobap (stuffed tofu pockets). 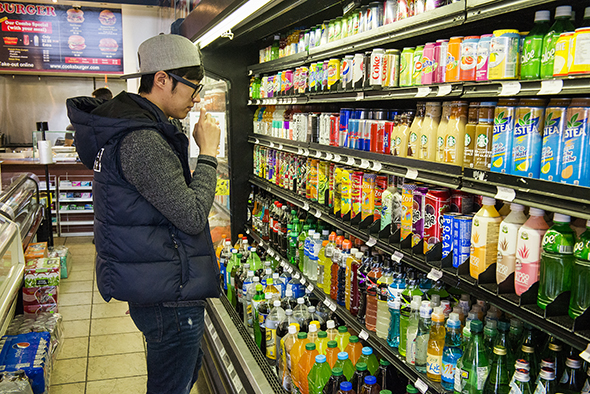 The broad selection of drinks and junk food includes Western staples as well as imported South Korean varieties like Milkis soft drinks ($1.20) and sumiyaki (charcoal roasted) coffee in a can ($1.99).

It's not really a dine-in kind of place, but a couple of stools and a rail along the front window do just fine for a quick lunch. Also noteworthy is the $5 daily special that rotates through a week's worth of dishes with a soft drink discounted to $5. Kimchi burgers and bulgogi burgers are on special Sundays in case you're wondering. 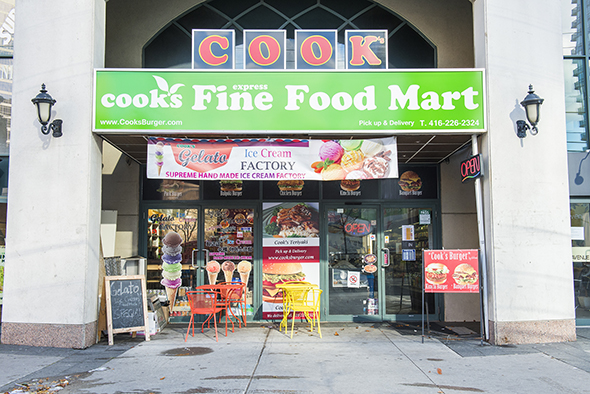