Colaba Junction offers a different spin on Indian cuisine. Though you will find butter chicken and veggie thali on the menu, they're treated in vastly different ways from the usual. This restaurant represents the Colaba district of Mumbai, an upscale area where Portuguese, Anglo-Indian and native cuisines intertwine.

It's a quick dining environment where food is fast but still communal: you order at the lunch counter, get a number, and your food is brought out to you. 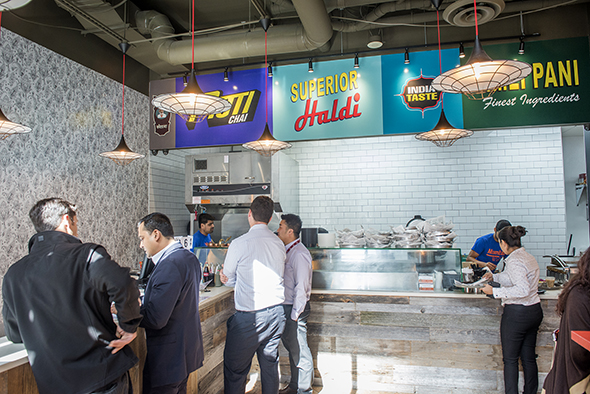 The atmosphere is fun, with loud music, brightly coloured patterned wallpaper and words written in Hindi, English and other languages splashed across the walls. 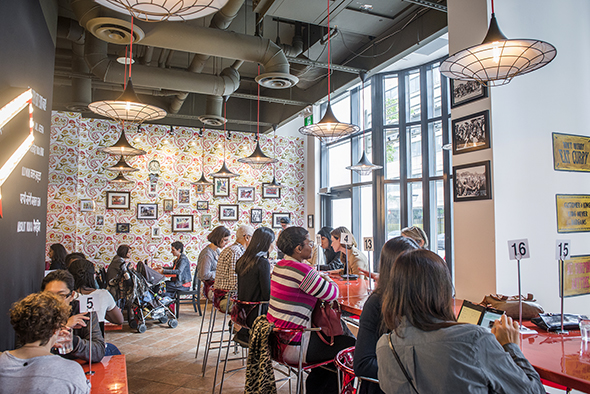 Photos aren't just randomly placed for aesthetics: they picture the native Koli fisherpeople of India and the street food there. Giant colourful signs behind the cash imitate fifties and sixties Indian grocers. 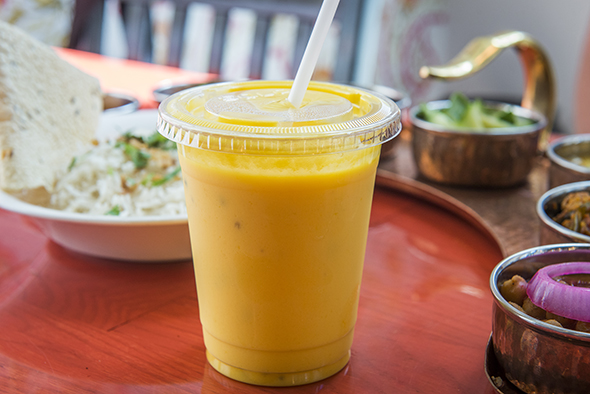 One recognizable item is the ever-present mango lassi ($4.50). Theirs is a little different, though, made with fennel which cuts through the sweetness. 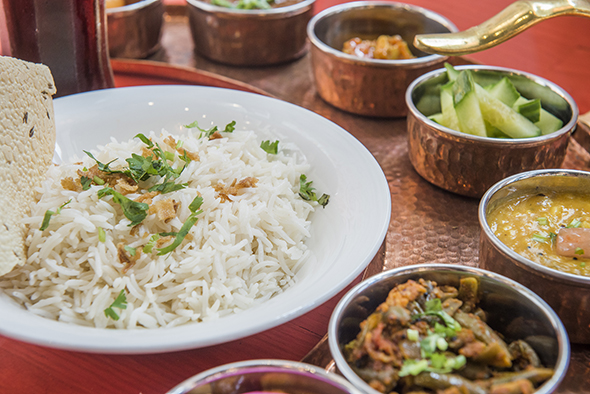 Their thali ($17.95) is probably the most unaltered dish from what you'd typically think of, including a veggie of the day which for us is Colaba-style beans, chickpeas, dal, cucumbers, house pickles, lamb gosht, and the dessert of the day which is a kind of donut swimming in syrup. It's all served on a special crescent-shaped copper plate from India, and comes with rice, naan and raita. 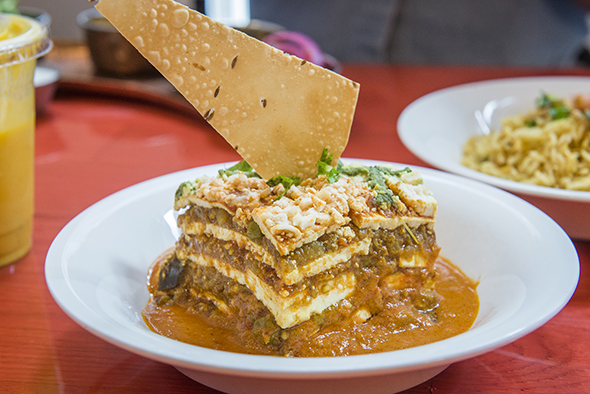 Something completely untraditional that Colaba Junction prepares is the Paneer Lasagne ($12.50), which is basically my two favourite foods in one. It's thick slices of paneer and eggplant with a goji berry sauce and a poppadom chip on top. 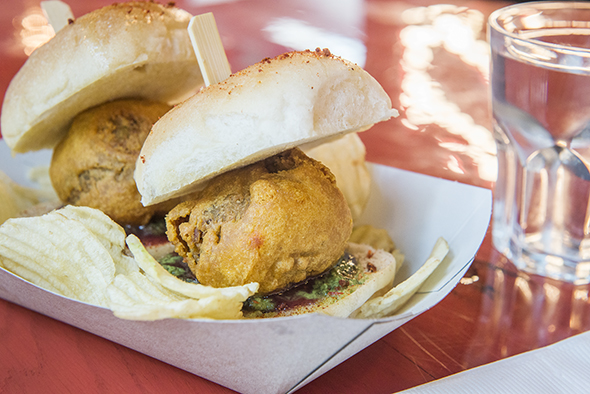 Alternatively, the Vada Pau ($8.50) is true traditional street food. It's a deep-fried potato ball on a Portuguese bun or pau, a bread they started making in Colaba influenced by the bread made by Portuguese settlers. It's topped with gunpowder, or sev, which is garlic and chili powders, and served with a mint and coriander chutney and a cumin, tamarind and chili chutney. 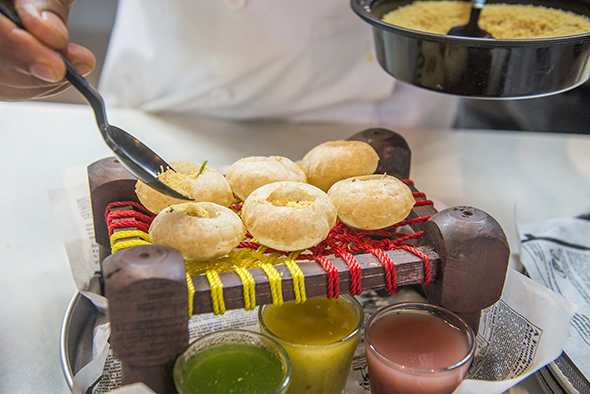 For dessert, there's the delightfully interactive paani puri ($6.25), another traditional street food. "Paani" means flavoured water and "puri" are small deep-fried semolina pastries. The pastries are filled with mashed potato, chickpea and coriander, and three different waters are flavoured with mint and coriander; mango, fennel, and mint; and cumin, chili and tamarind. 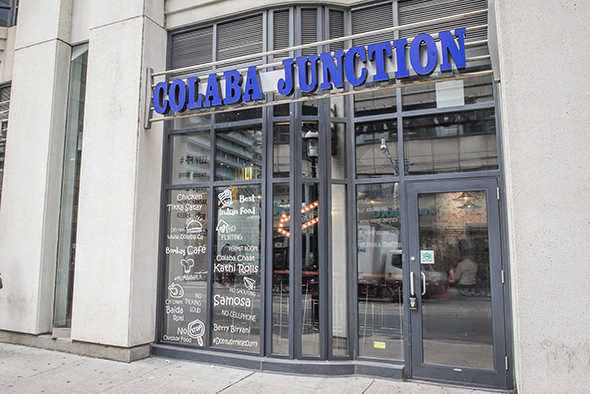