Cluck Clucks is a fried chicken and waffles joint wedged between the St. Lawrence Market and the Distillery District on sleepy Princess Street near The Esplanade. It's sort of like the east side version of The Dirty Bird decorated with playful hand-painted graphics and bright orange accents. 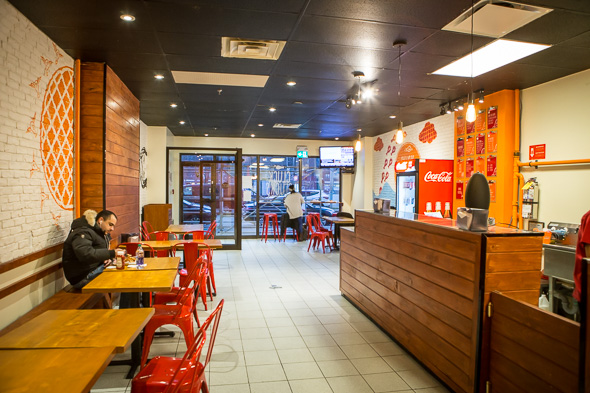 Owners Raza Hashim and Maryam Rizvi cite a lack of good fried chicken in this city as motivation for opening. To me this is a little eyebrow raising since I've found fried chicken to be ever prevalent on menus citywide. Hashim tells me that as someone who eats Halal he has trouble finding places that do fried chicken well - and fresh. His chicken is fried to order. 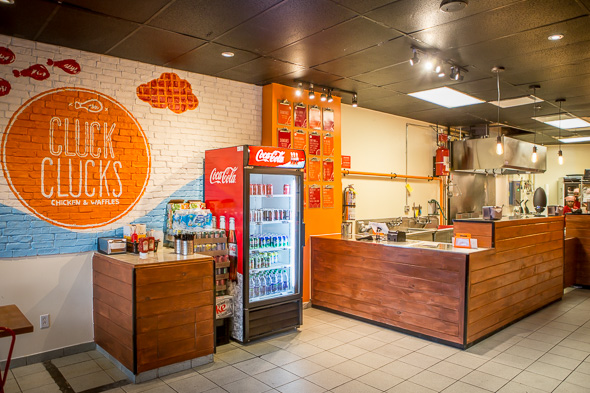 This means bone-in chicken takes a minimum of twelve minutes - this can seem like an eternity when you're hungry but Hashim is upfront about the wait time with every customer that walks through the door. 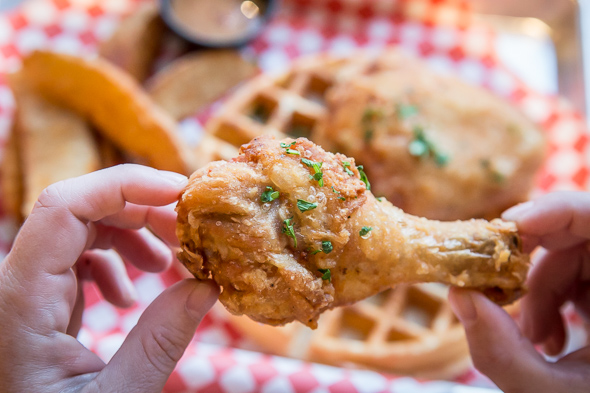 Ultimately I have to admit the chicken is really tasty. It's not battered, just brined overnight then lightly dredged in seasoned flour. The meat is very juicy and tender and the skin is crispy. 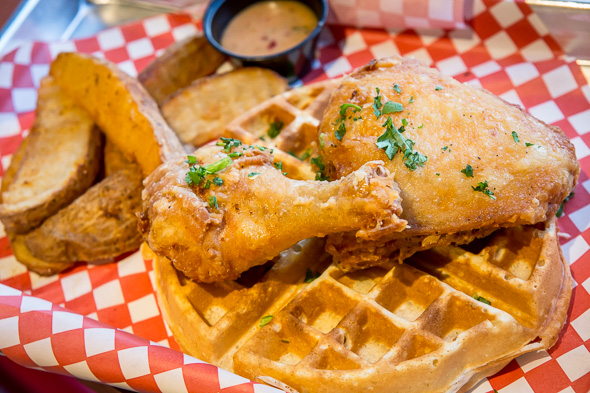 The What The Cluck! comes with two pieces of bone-in chicken over a fluffy, scratch-made waffle ($10.49). Pony up an extra $2.50 for chunky wedges, seasoned fries or creamy slaw. Each order comes with sauce too. 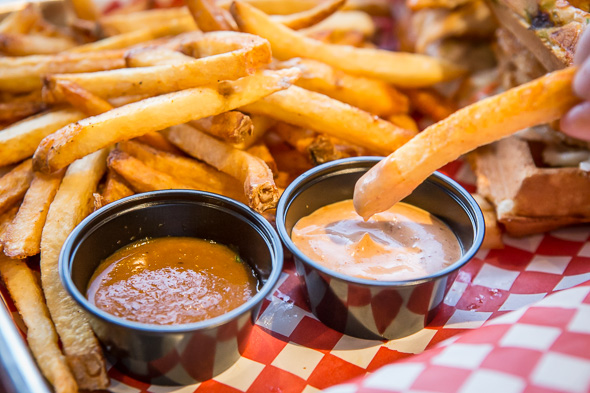 The signature house Cluck Sauce is described as sweet and tangy, but all I'm getting is notes of Italian dressing. The spicy maple syrup is more up my alley and the house-made MC (stands for Mother Clucking) hot sauce is just awesome - truly fiery thanks to scotch bonnets, red chilis, and jalapenos.

I try the Cluck Yeah ($12.79 solo, or $14.99 in a combo) too. This one is a sandwich featuring boneless white meat between wedges of a cheddar jalapeno waffle. It's dressed up with coleslaw, chipotle aioli and dill mayo. The cheesy waffles are great and I'm into the hint of spice provided by the fresh peppers but the two creamy sauces are overkill. 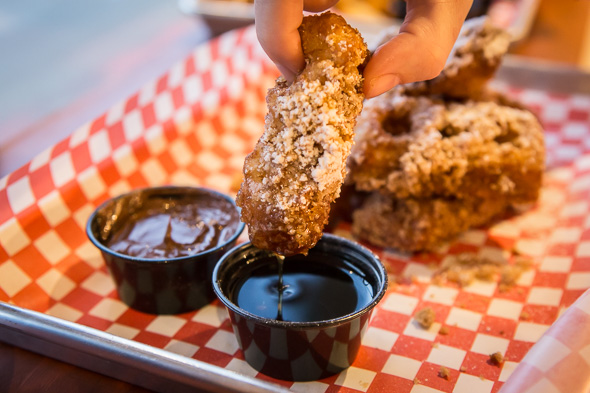 For dessert there's Clucking Little Waffles ($4.99) which are strips of battered and deep fried waffles dusted with cinnamon and icing sugar then served with maple syrup and Nutella for dipping. 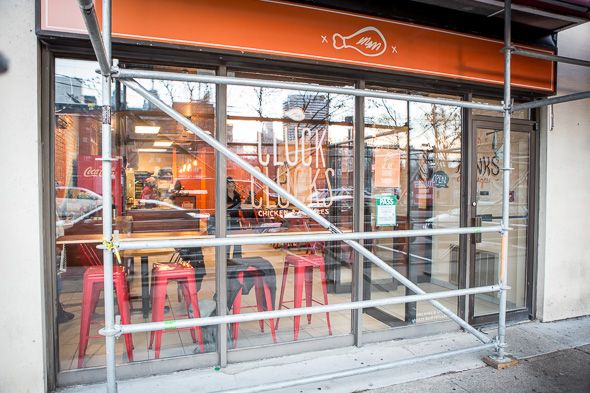