Charcoal and Salt is situated on the northern tip of Yonge Street's Koreatown just south of Finch. A barbecue joint that does not specialize in a particular breed or cut of meat — as is the case with many in Korea — Charcoal and Salt offers table-top grills, dolsolt dishes, beer and soju sets and a complimentary array of banchan (side dishes) for their patrons.

My relatively recent return from Korea has left me with mixed emotions regarding my day-to-day dining experiences. The communality, the interaction, the excitement of the average meal is seldom matched in the Toronto restaurant landscape. Perhaps that's an effect of travel, but that's the state of mind I currently find myself in. 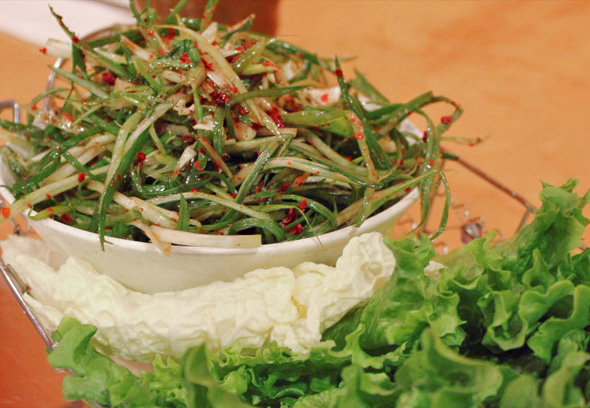 Around every corner, at all hours of the day and night, barbecue restaurants dominate the Korean eating scene. After an extended absence from the cook-table eatery, C&S was suggested to me by my friend Y.J. — a native of Seoul, now living in Toronto. 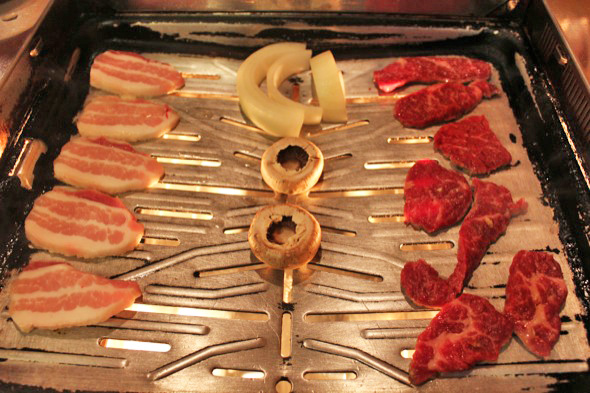 With only 10 tables in the restaurant, my friend and I were seated unfortunately close to the drafty doorway. Our server greeted us timidly and this was about the most attention we received during the course of our meal. Perhaps it was my feeble attempt to place our order in broken Korean but our tea was never replenished, our water was never brought, and it was overwhelmingly difficult to flag down our server for re-ups on our bottomless side dishes or helpings of ssamjang (mung bean paste). 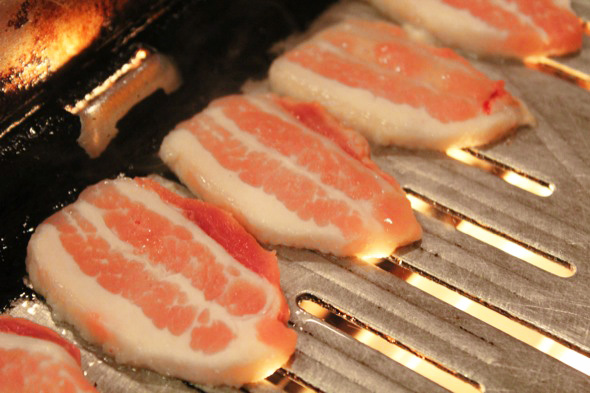 As is customary, we were required to order one serving per person of the cuts of meat on offer. After much deliberation, or meal consisted of samgyepsol (sliced pork belly) and Anshim Gui (sliced beef tenderloin) and a kimchi jjigae (kimchi stew with tofu and pork). The meat was all of very high quality. The protein was tender and our spicy jjigae came to the table at a rolling boil, with aromatic steam and a peppery bite. The beef was served with several white mushroom caps and a few rings of onion, and the lettuce, sesame leaves, cabbage and pajeori (green onion salad) were all spot on. 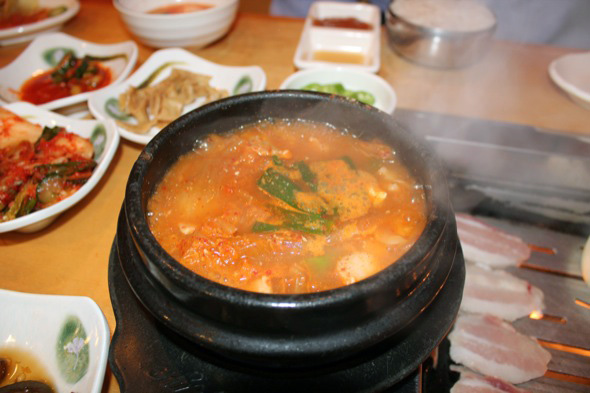 I must say, I was disappointed to be cooking on an electric grill instead of over a charcoal flame as the restaurant's name suggests. Maybe it was wishful thinking. Are they saving on property insurance? Either way, the smoky, flame-licked taste was one element that was lacking. For charcoal BBQ try Se Jong on Bloor West.

While the service was sparse, overall the experience left me a little nostalgic. They even comped our jjigae in the end! I guess my fractured Hangul amounted to something, after all. 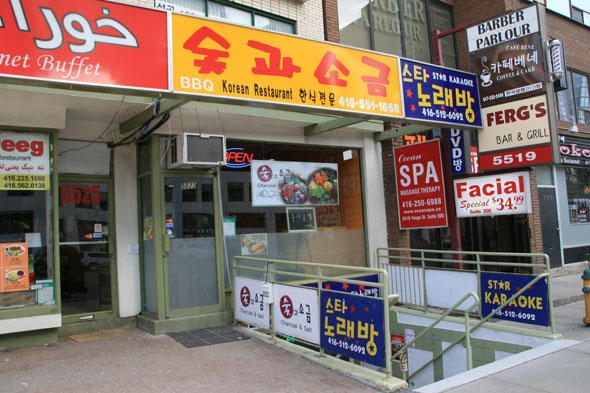