Chaihana is currently open but their offerings and services may be affected due to the pandemic. Please contact the business directly for more information about any changes. Is this your business? Please contact us if you would like to update this message.

Chaihana is a restaurant specializing in food from Uzbekistan, Takijistan, Azerbaijan, and other countries in and around Central Asia.

Places specializing in this specific kind of cuisine are few and far between, but the fact that this restaurant sits inside a nondescript building (shared with an Ontario courthouse) with nary a sight to be seen, makes Chaihana even more of an uncovered gem when you find it. 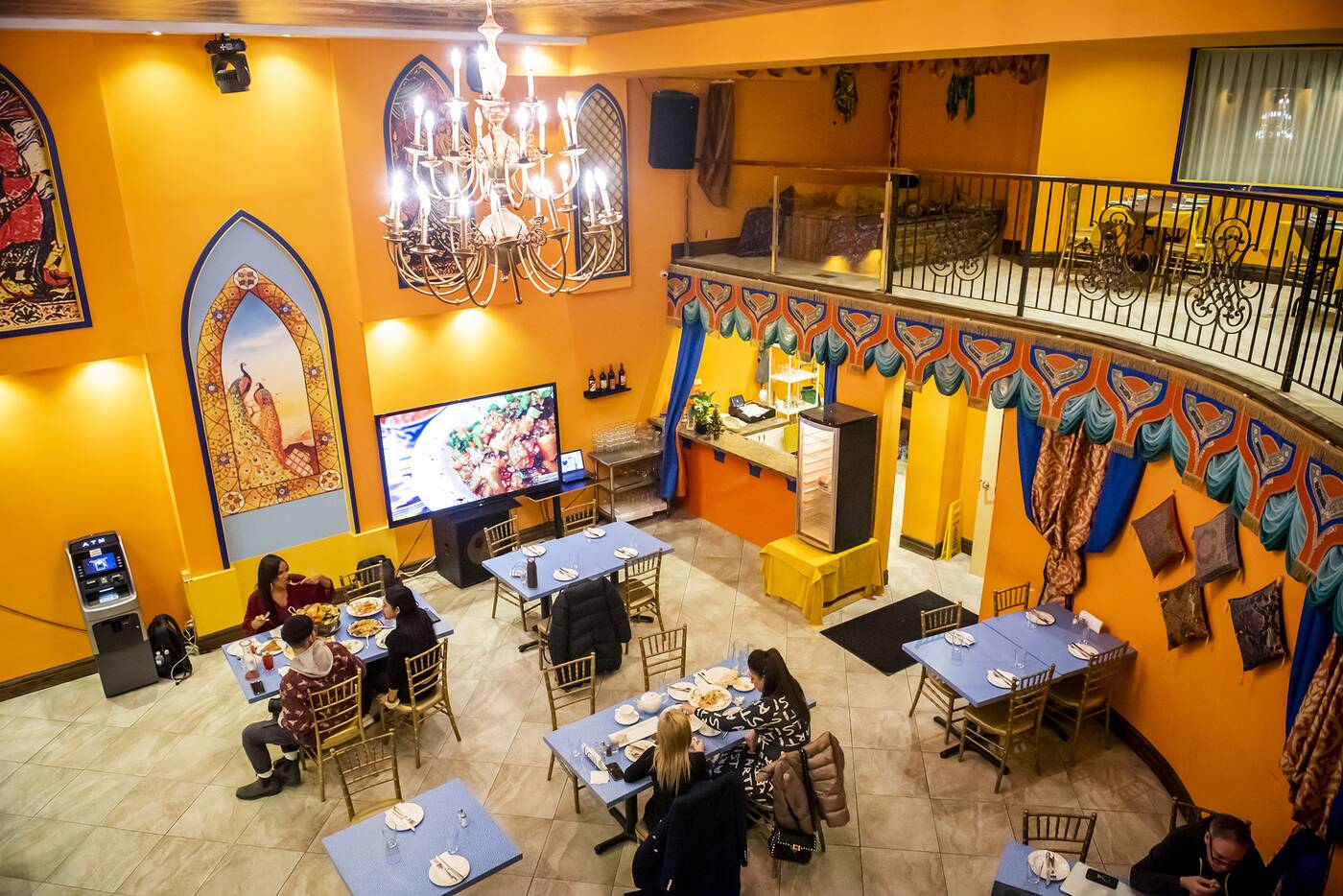 The building is more the kind of place where you’d find a Druxy’s than a sweeping two-floored dining experience with glamourous decor and a hanging chandelier. 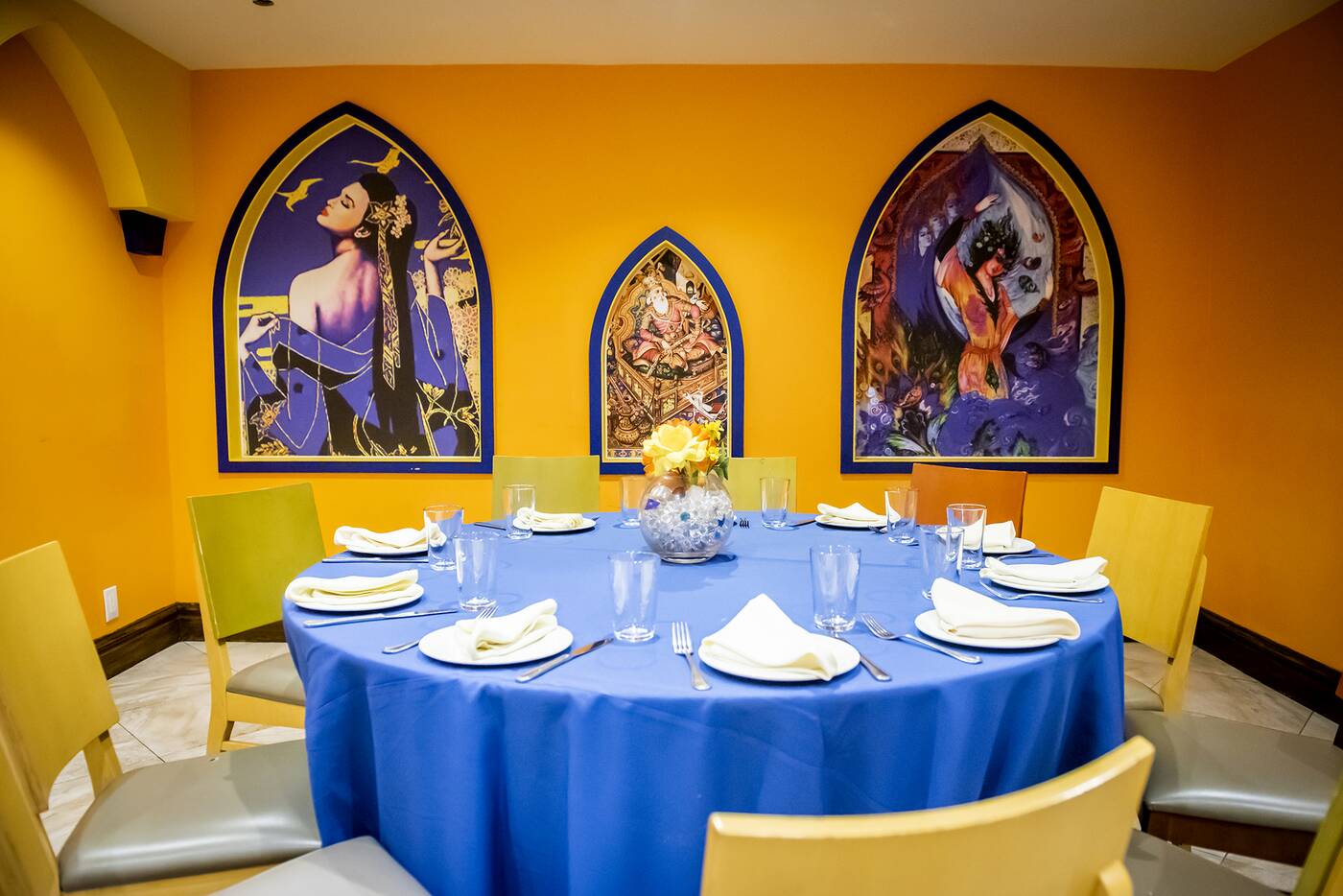 Styled after the tea houses of Azerbaijan, a Chaihana is where Azeris go to socialize, and has been compared to the pubs of England as gathering spaces. It’s hard to compare it anything else in Toronto, other than a very fancy banquet hall from Central Asia, fit into a small space. 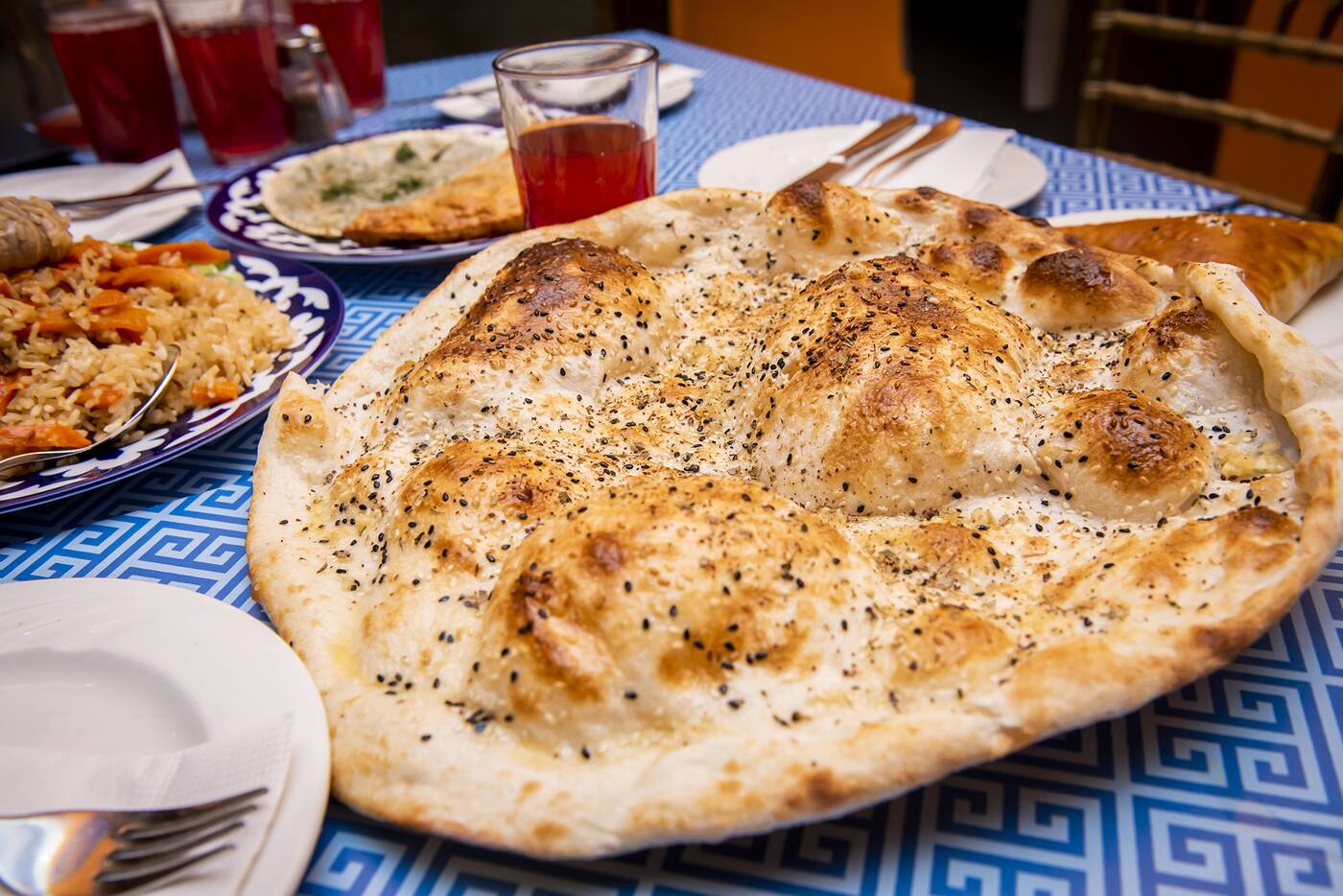 It makes sense since the restaurant, which opened in 2015, is owned by the same people who run the National Banquet Hall, which is connected through a swing-door and shares the same kitchen. 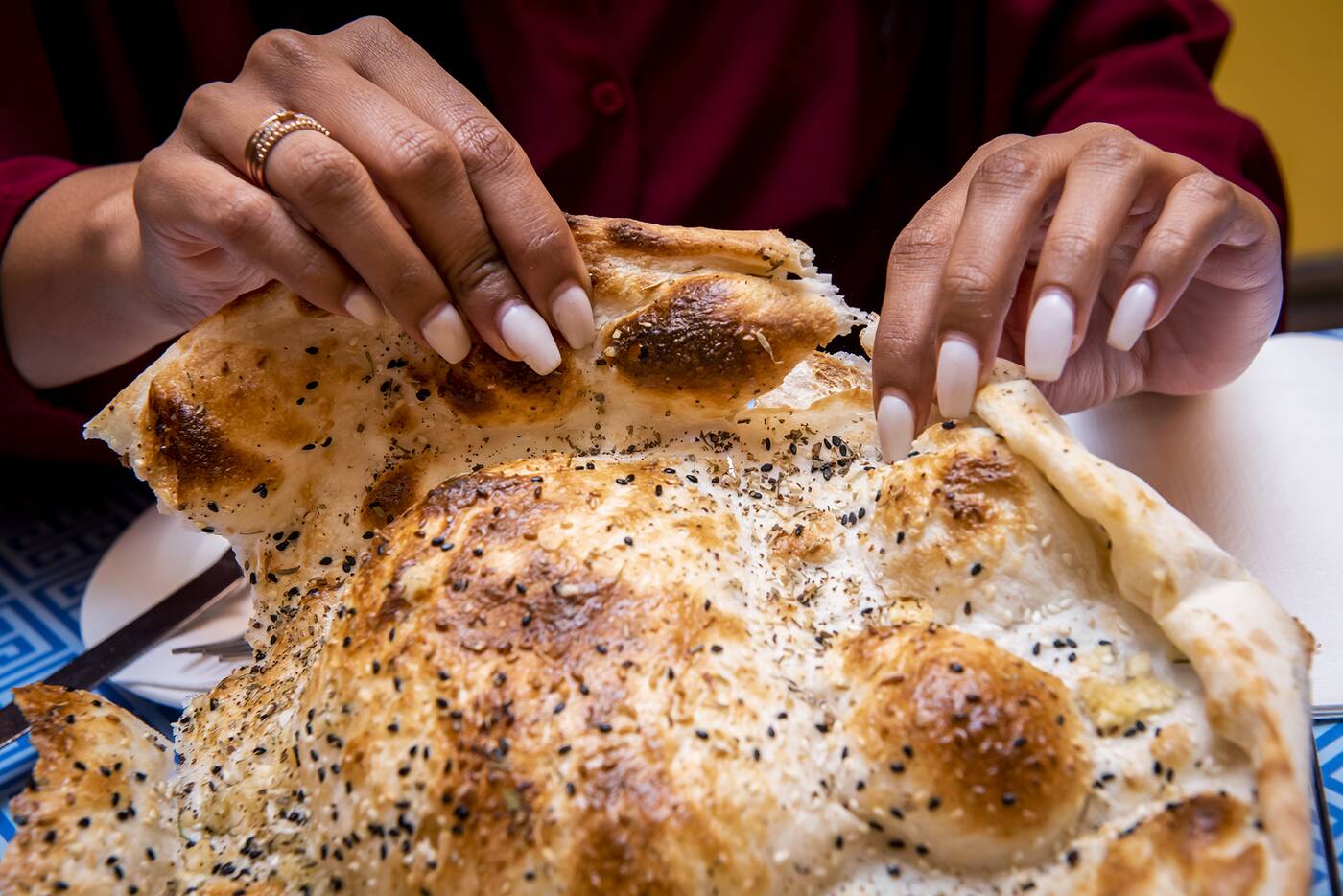 The menu concentrates mostly on the dishes most commonly found in Central Asia and countries in the Caucasus region, with staples like kachapuri, borsch, kebabs, and hummus. 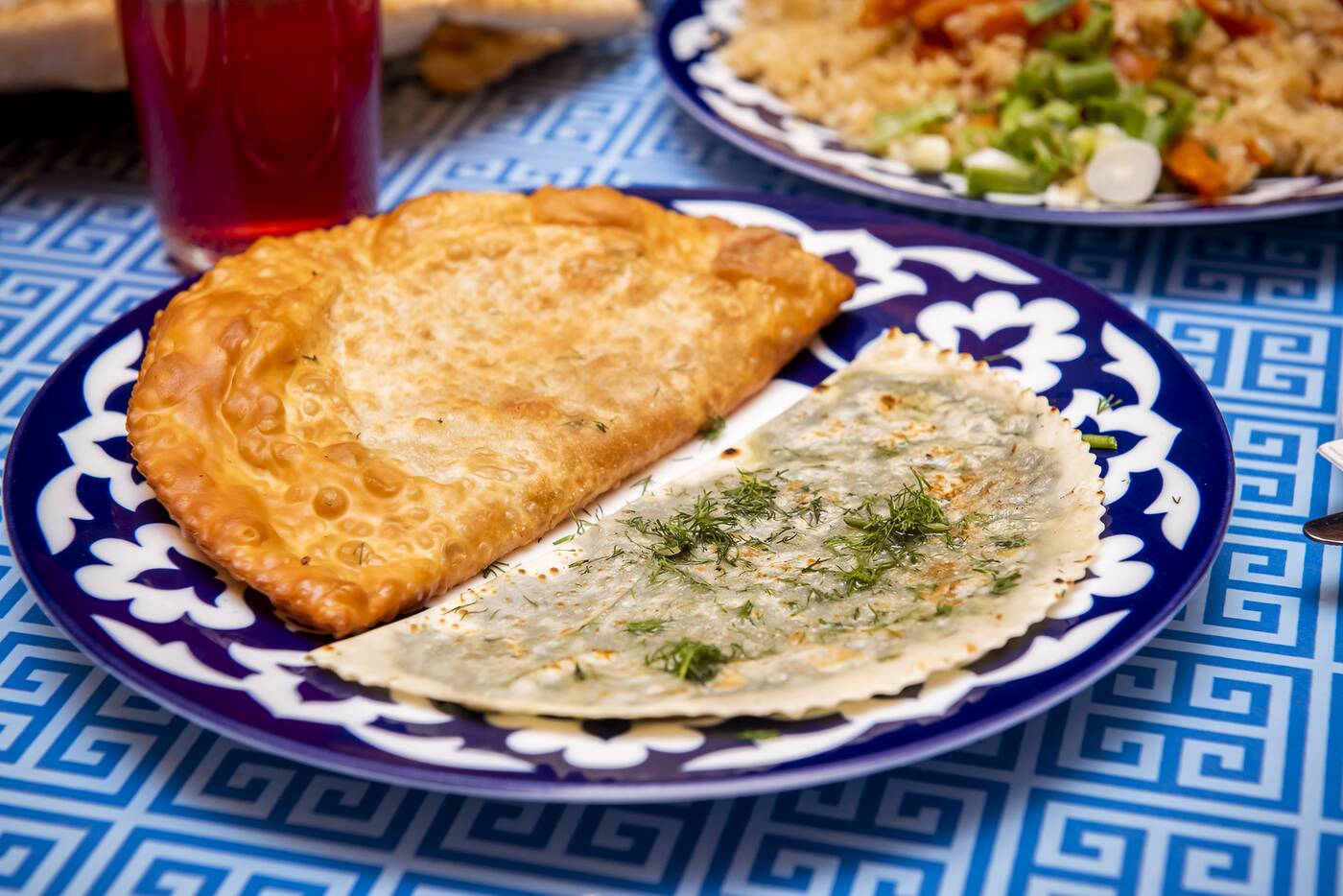 The chebureki ($3.50), a delicious deep-fried dumpling filled with lamb and beef, is popular as a street food throughout Centrail Asia and Eastern Europe.

The kutab with greens ($3.50) is a dill-covered dough that’s filled with a mixture of veggies. 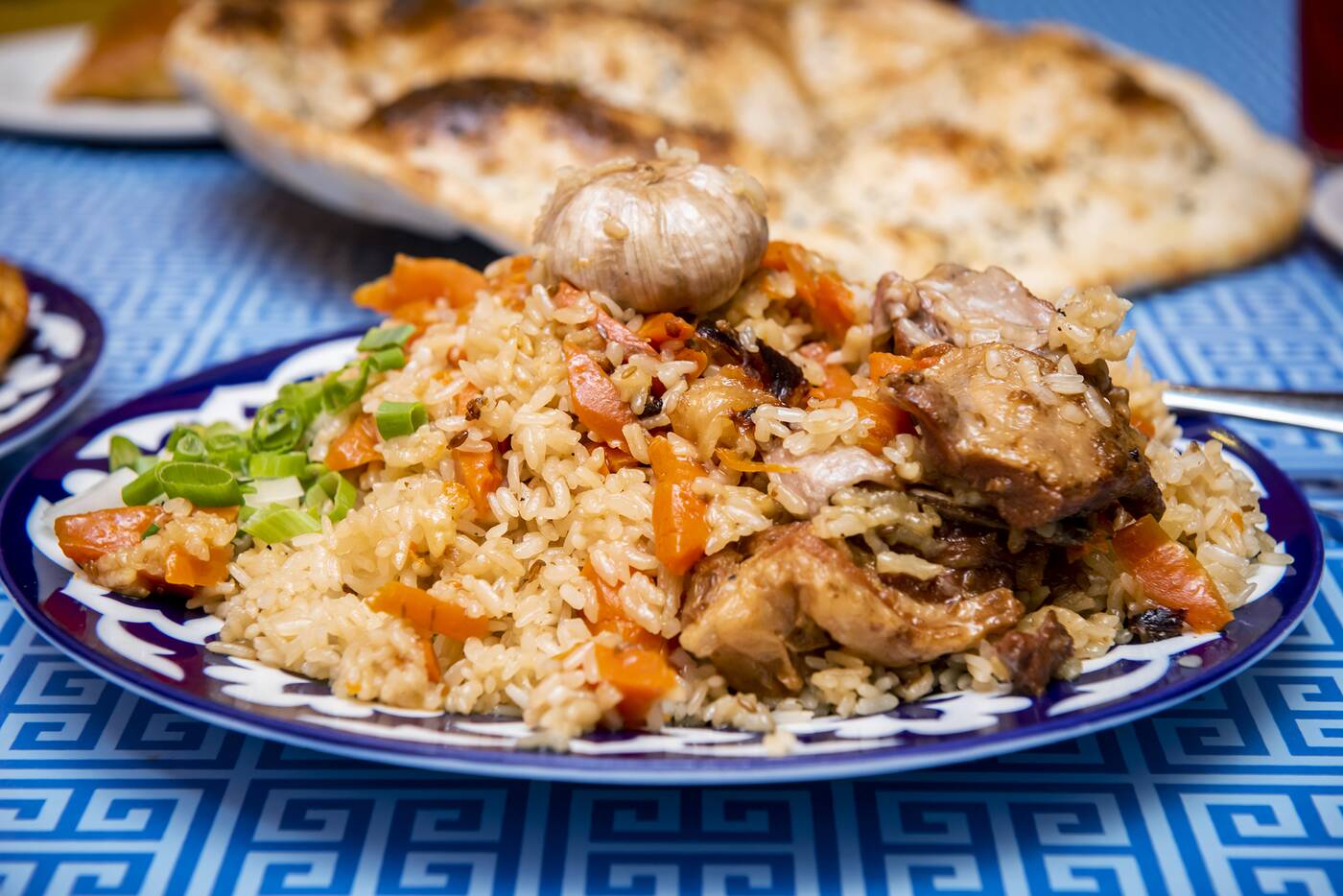 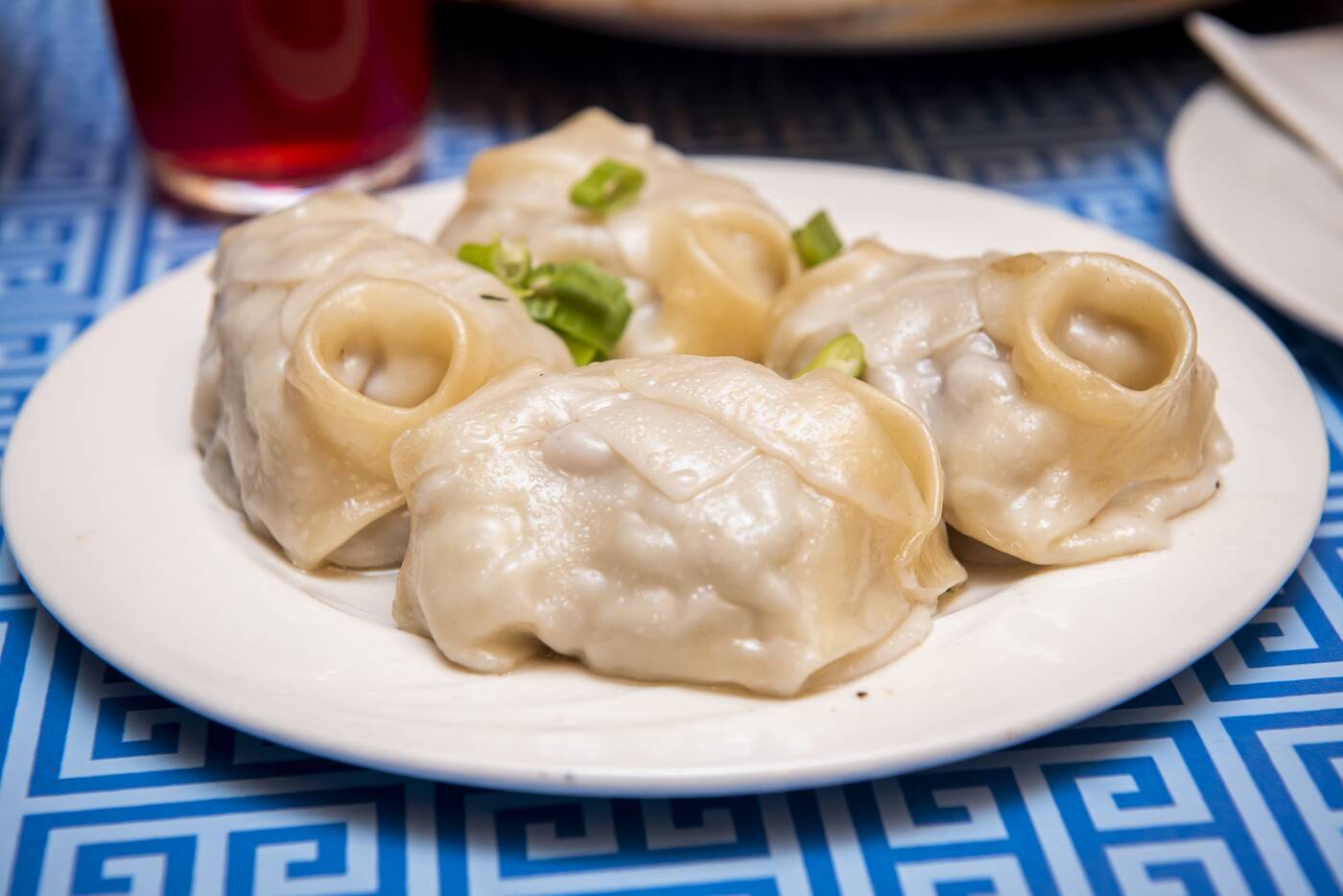 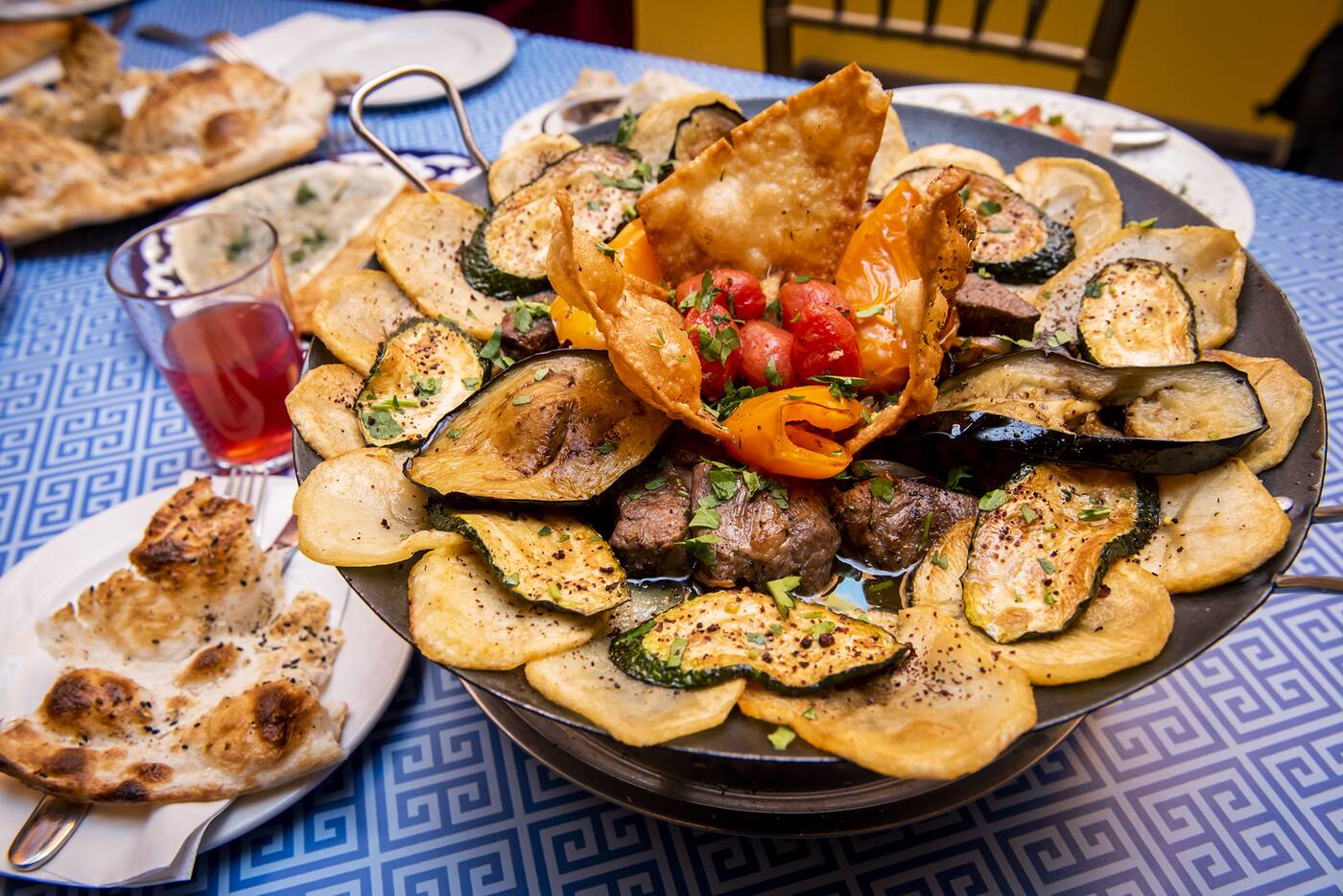 For something shareable, I highly recommend an order of the saj ($32.99) which is recommended for 4 to 6 people. 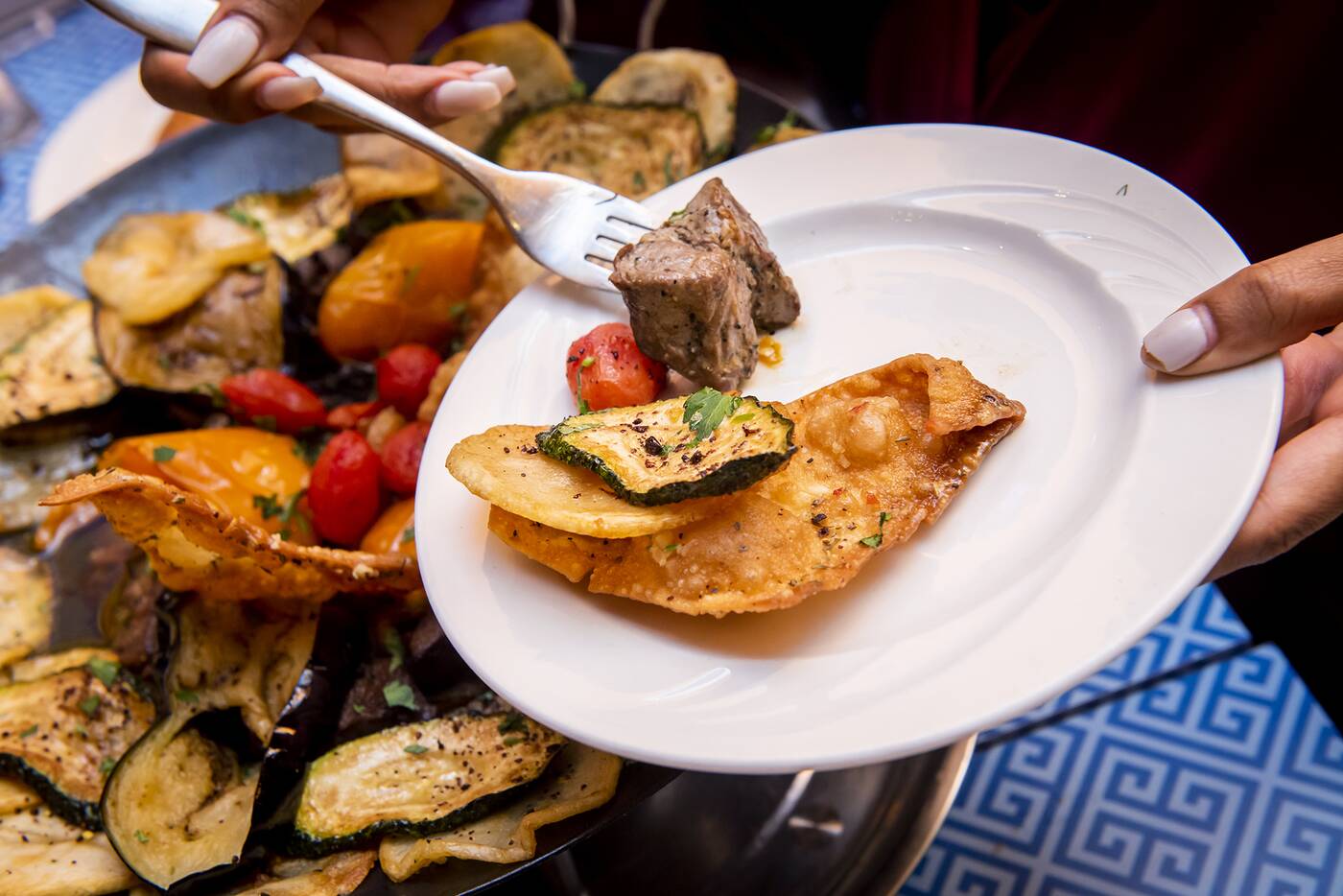 Arriving on a heated platter is an eggplant, zucchini, cherry tomatoes, chunks of lamb, and perfectly roasted potato rounds sitting in a pool of oil, which is perfect for dipping the saj bread in. 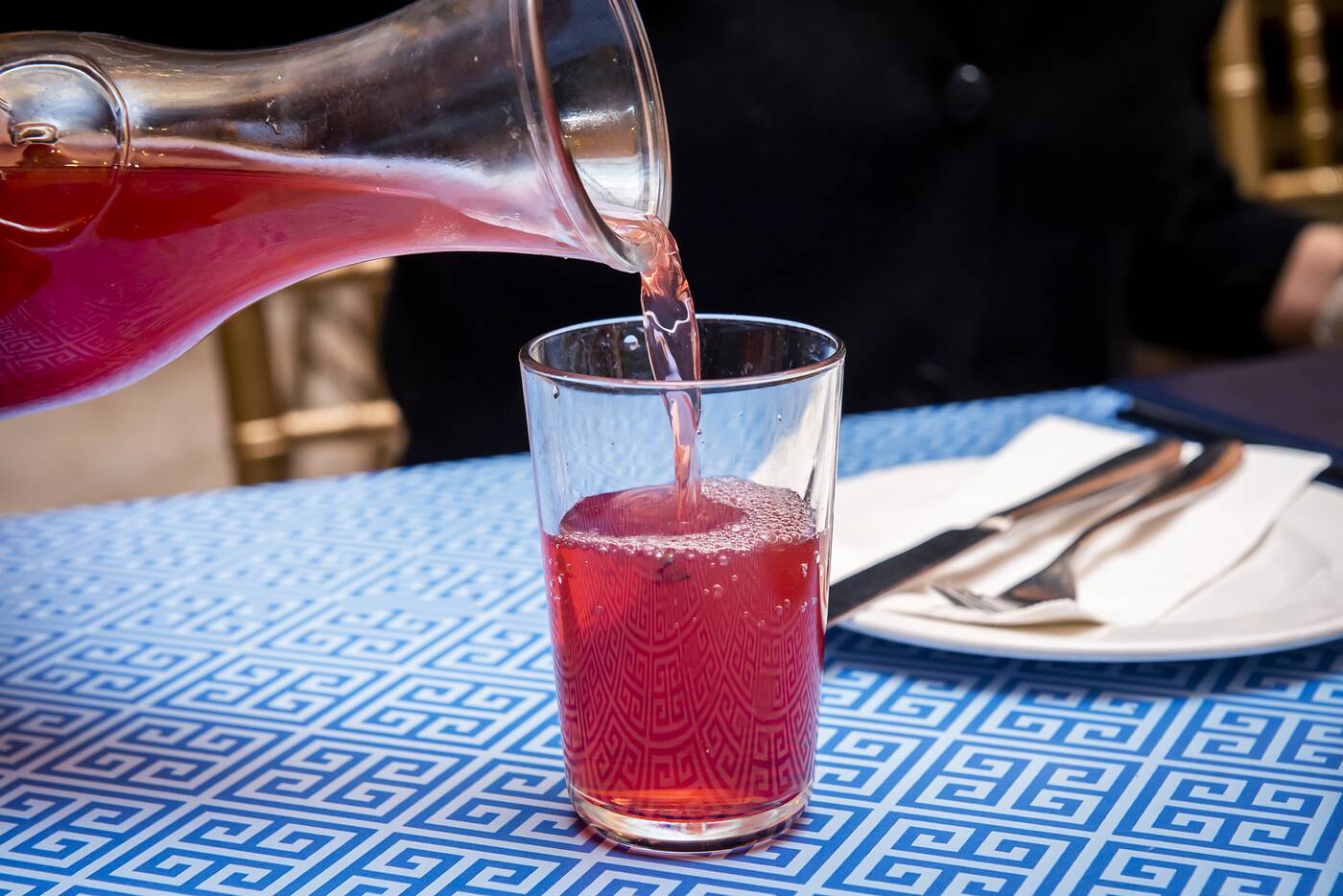 A carafe of kompot ($10), which is a juice made from dried apricots, blueberries, and other fruits, is also perfect to split at the table to help digest this intensely satisfying meal. 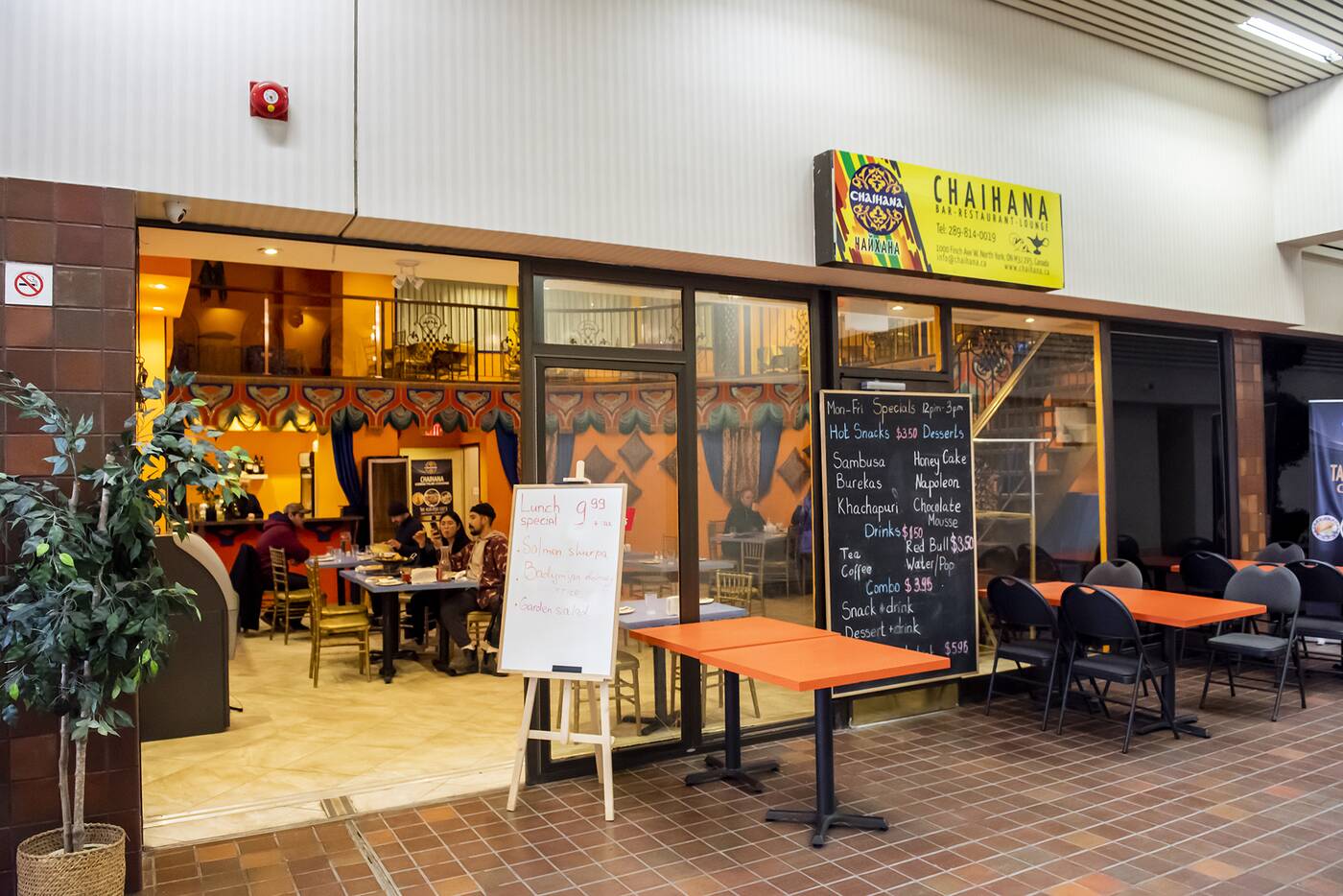