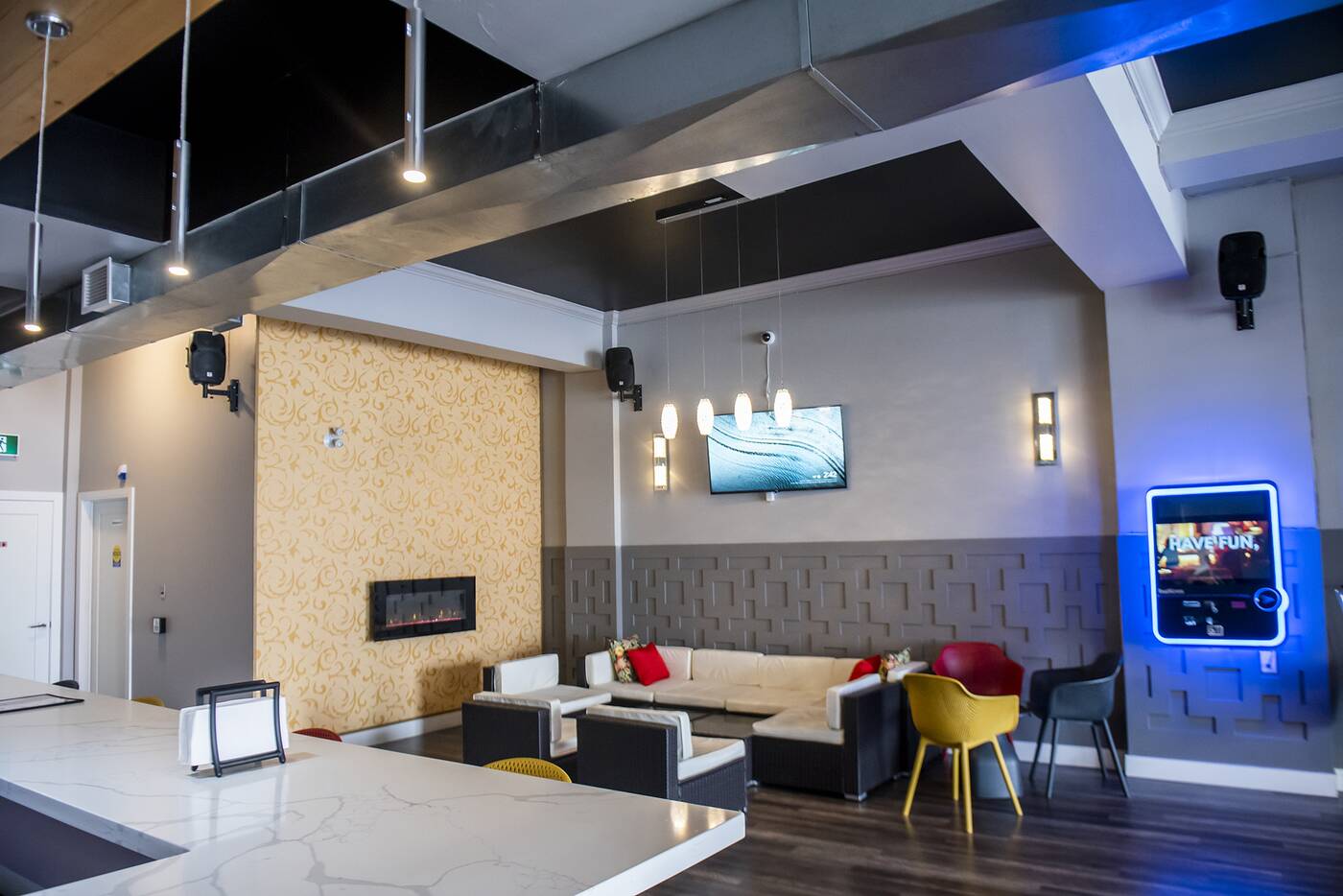 The interior of this West African restaurant features white marble bar, stylish couches and open-concept booths that were designed to create the feeling as if everyone in the dining room is sitting down for a meal together. 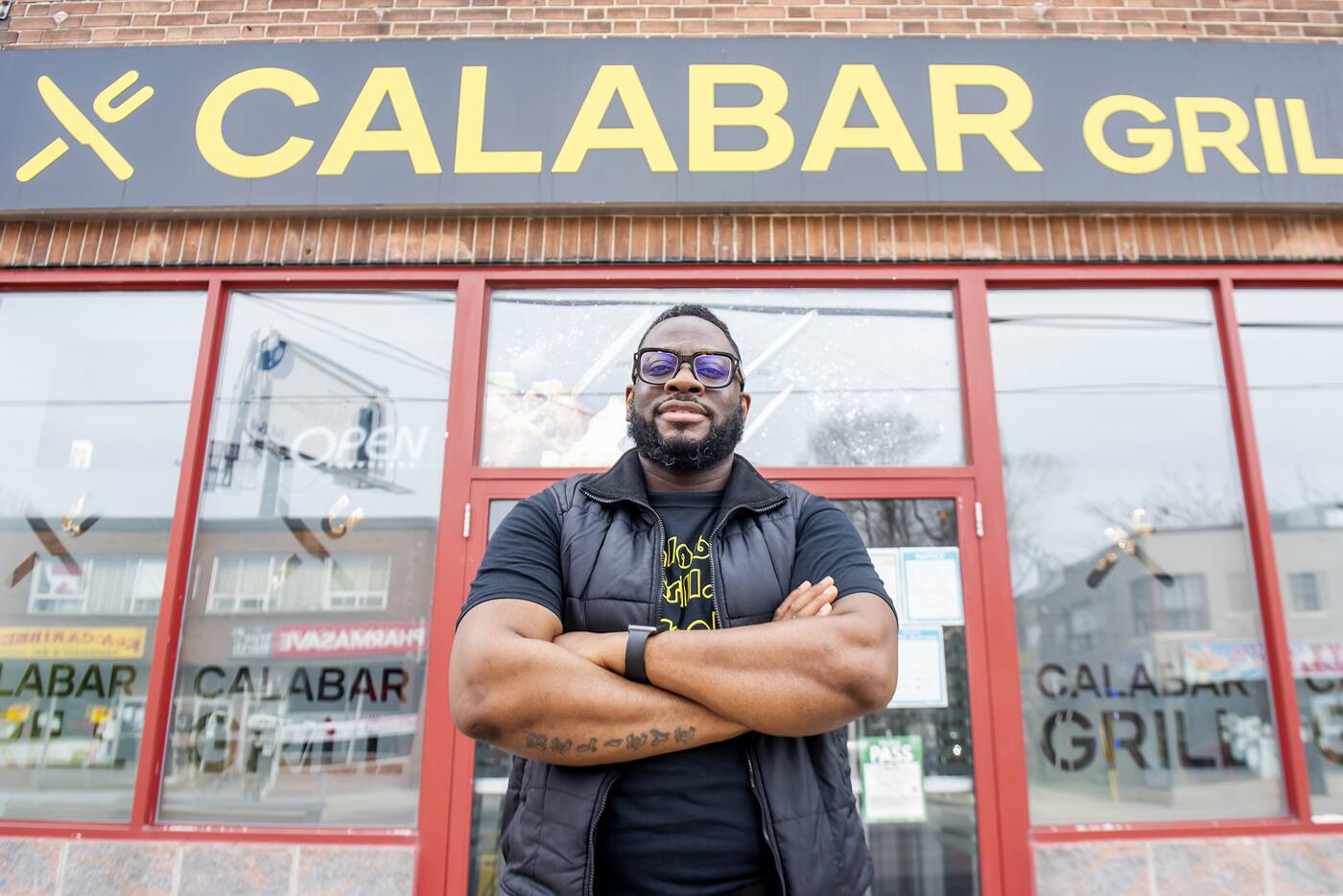 Opening a restaurant has been Keppy Otu's longtime goal. He got his start in the food business cooking in his family's cafe in his home city of Calabar, the namesake of the restaurant and an area widely associated in Nigeria with good food.

After moving to Toronto in 2004, he did two business degrees in preparation for starting up his own culinary reflection of home. 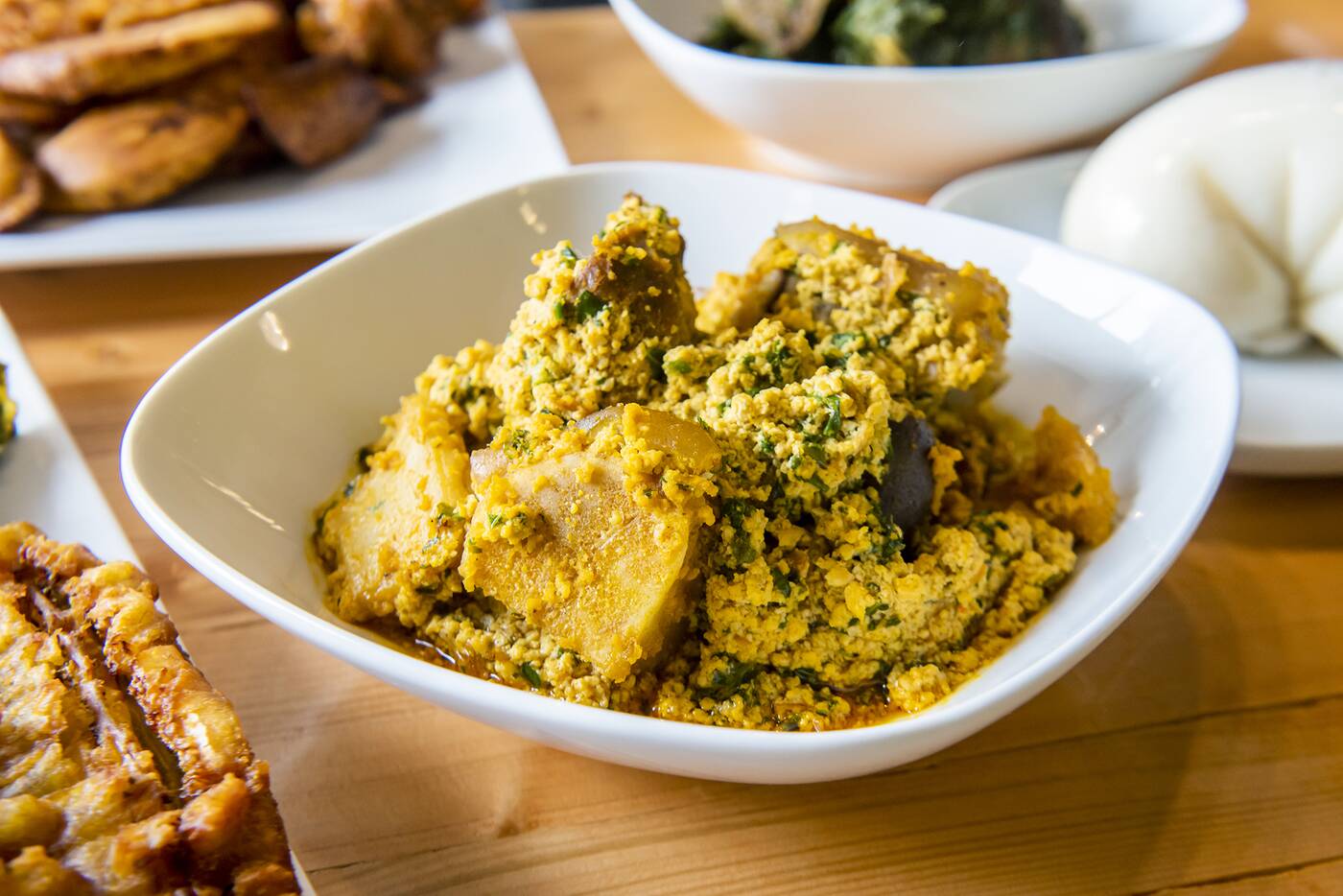 There are about 30 different soups in Nigerian cuisine and Otu offers eight on his menu, the most popular being egusi soup ($17).

Thickened with ground melon seeds and some kale, the soup comes with lots of different meats, including beef, cowfoot, goat and turkey. 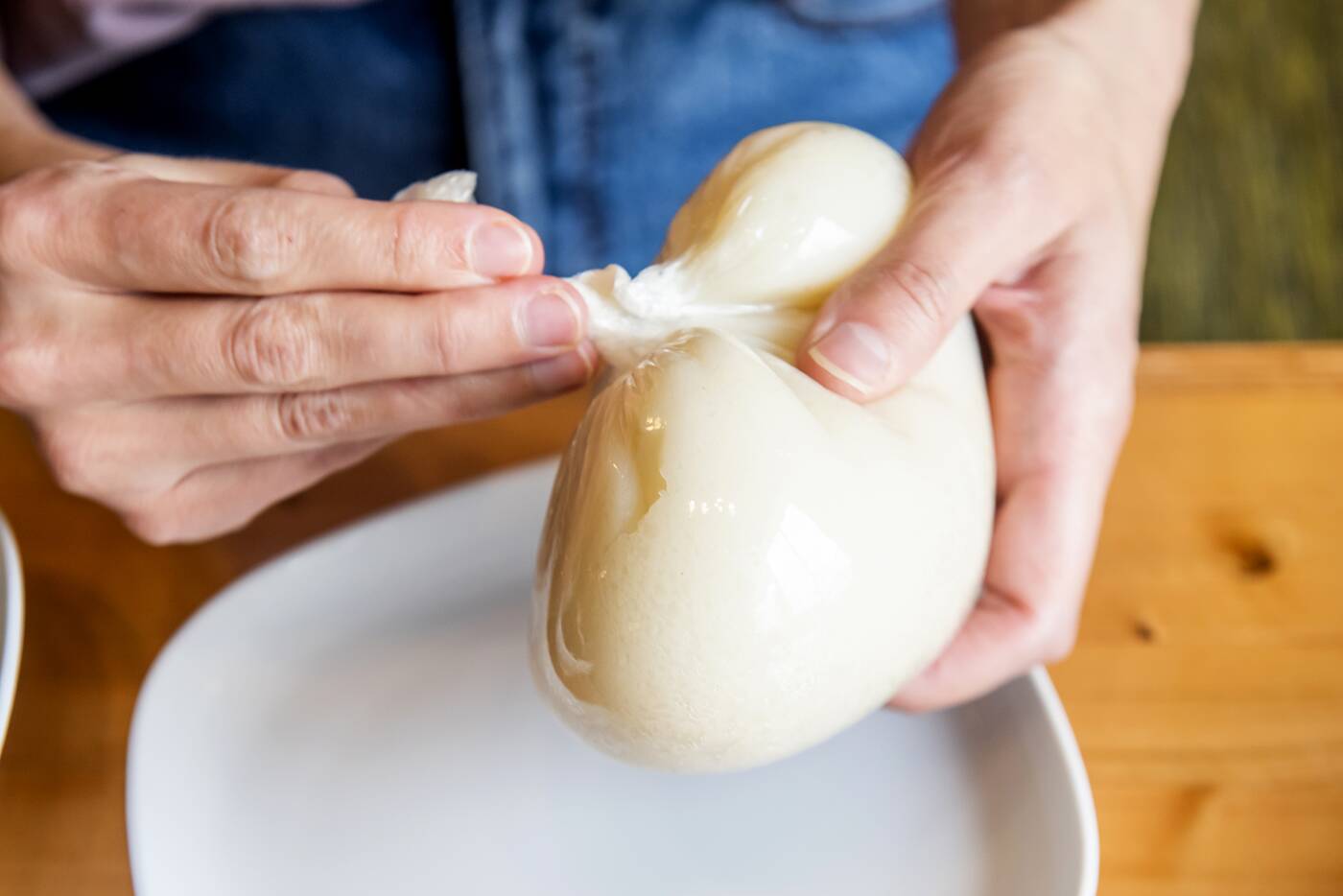 All of the soups come with fufu on the side. The pounded yam is similar to, though slightly heavier than, mashed potatoes and provides the same slightly bland flavour. The magic of fufu is all in the chewy, thick texture (and how filling it is). 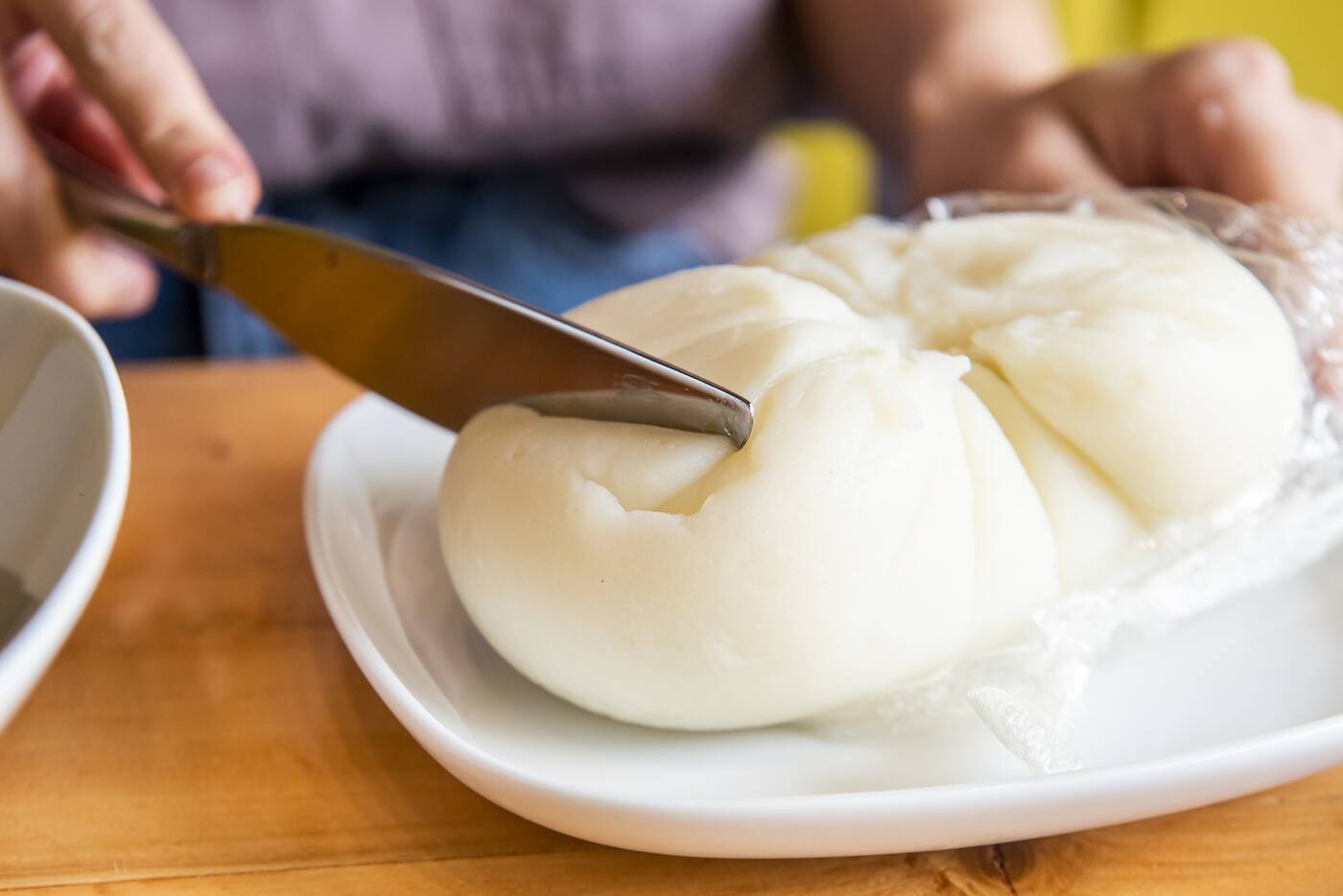 You can either cut a larger piece off with a knife or pinch a bit off the side and use it to scoop up a bit of the soup. But taking one small piece at a time is usually the best as fufu is typically eaten by swallowing instead of chewing. 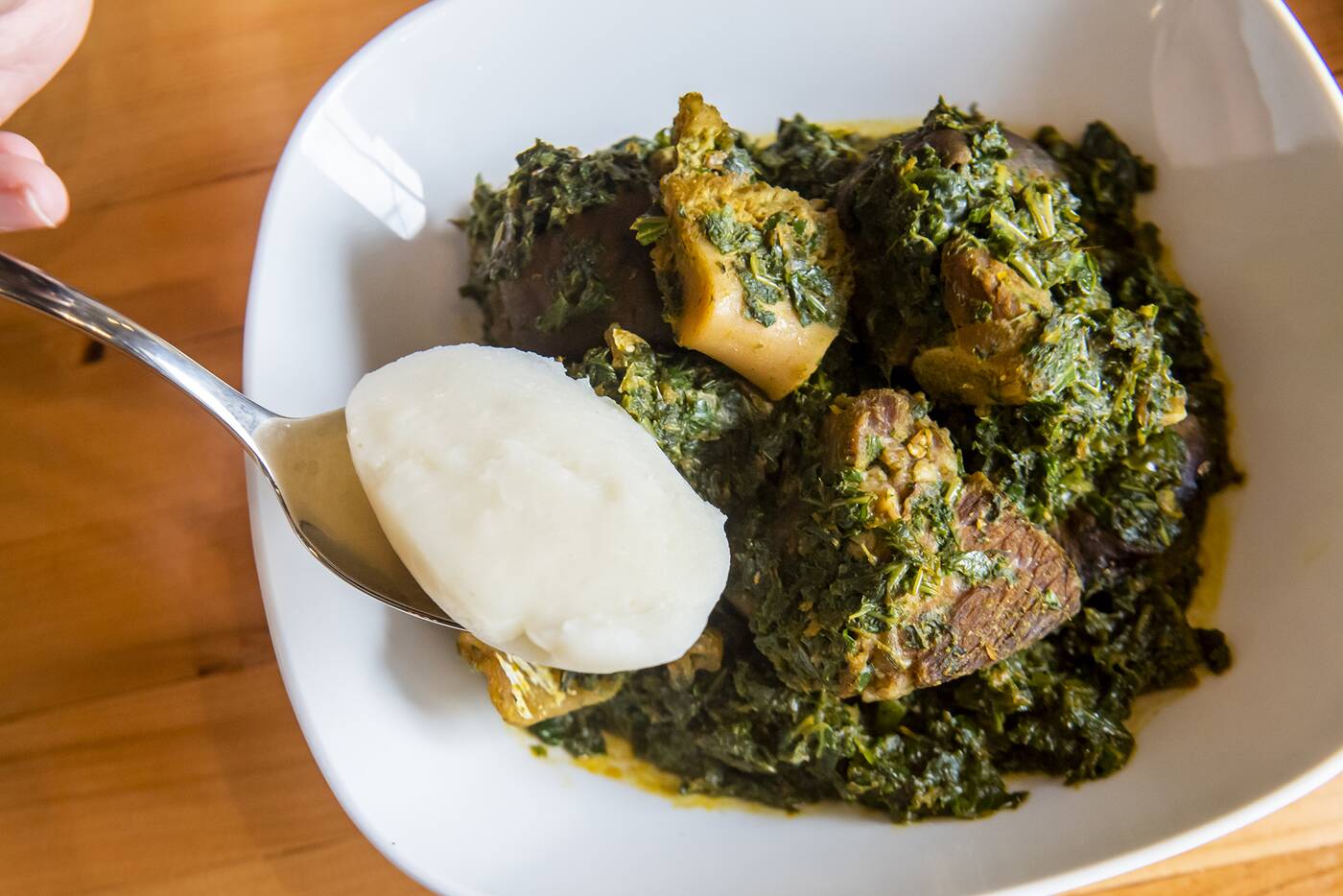 With no real overpowering flavour of its own, fufu helps to balance out the soups, which come on the spicier side and are full of meaty, fishy richness.

This is also the case with the vegetable soup, edikang ikong ($18), that despite its name, is still loaded with beef, cowfoot, turkey, goat, and stuffed and dried fish. 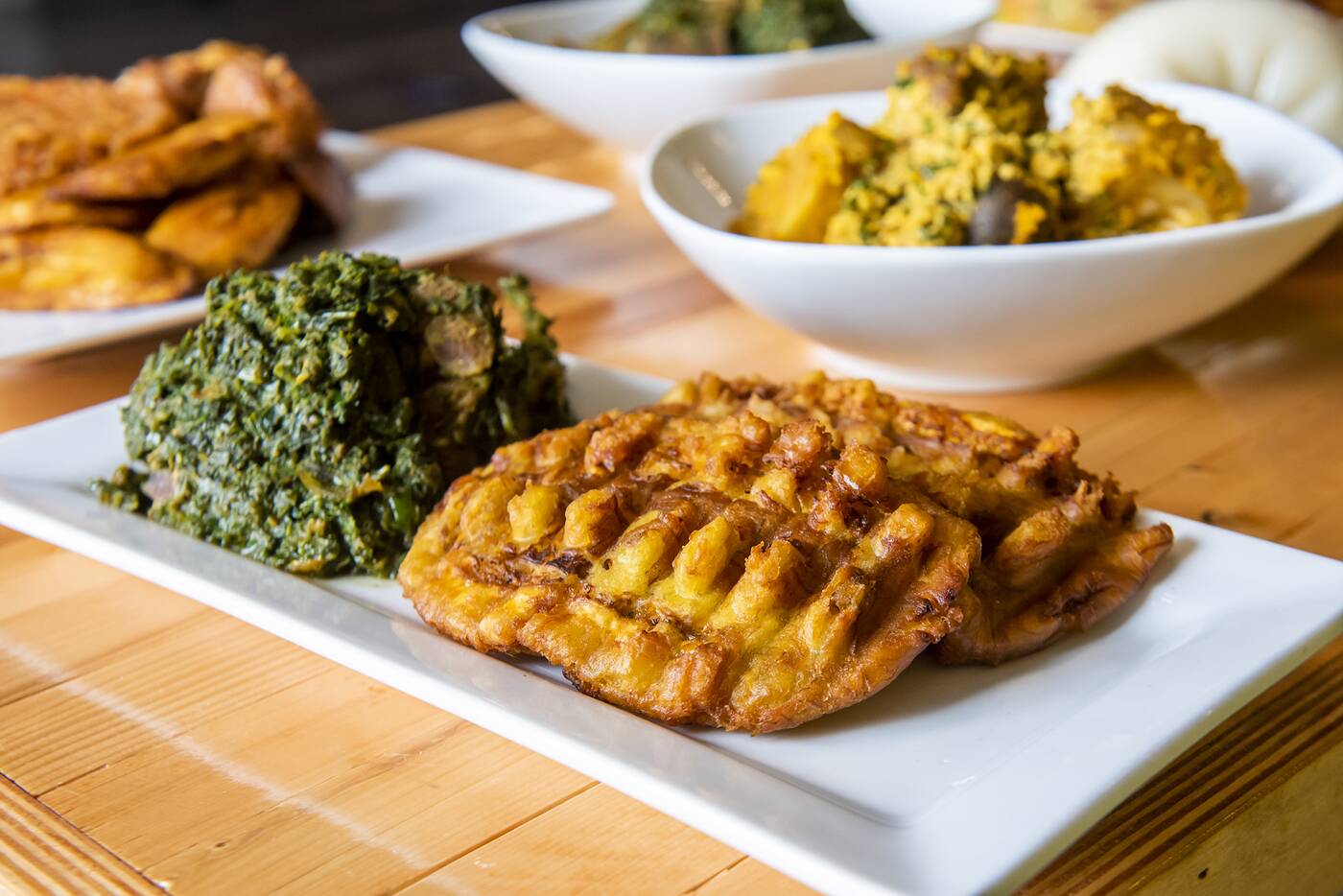 The thick vegetable soup can also be served on the side with the plantain ($7), which Otu fries then mashes before frying again. Prepared this way, a substantial amount of oil come out with each bite. 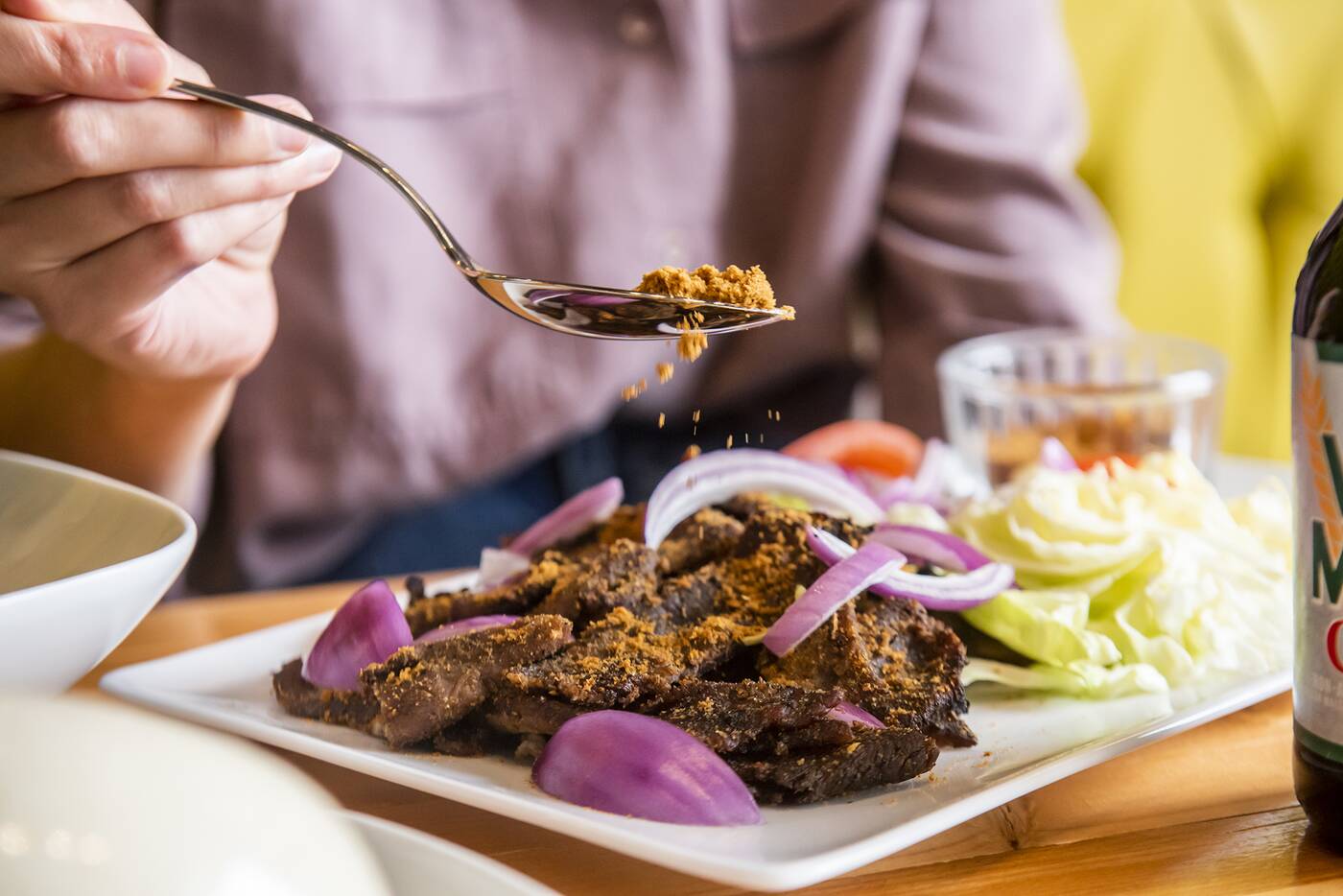 Suya, the spicy street food that's popular on the streets of Nigeria, Niger, Ghana and Sudan, is also sold here on or off skewers.

The beef suya ($20) is grilled with onions and cabbage and is sprinkled with a dried spice. Peanuts, ginger and garlic are what help to create the interesting flavour combo in the spice. 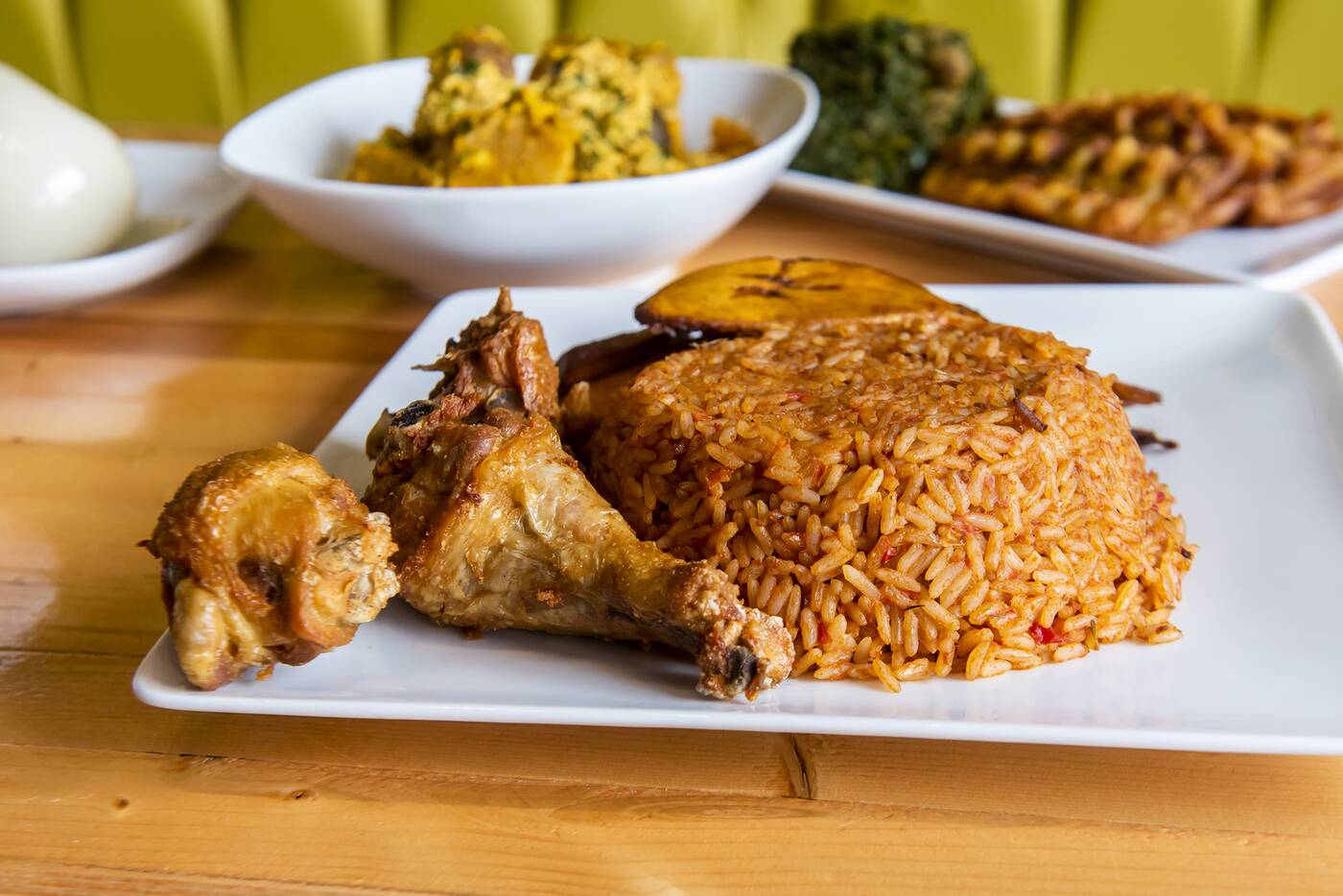 Jollof rice is one dish that sells every day, sometimes even selling out. This doesn't come as much of a surprise as it's also a much-loved dish all along Africa's west coast.

Although it comes with fried chicken and plantain ($14), the rice remains the main feature on the plate, cooked in a purée of fresh tomatoes, tomato paste and scotch bonnet peppers. 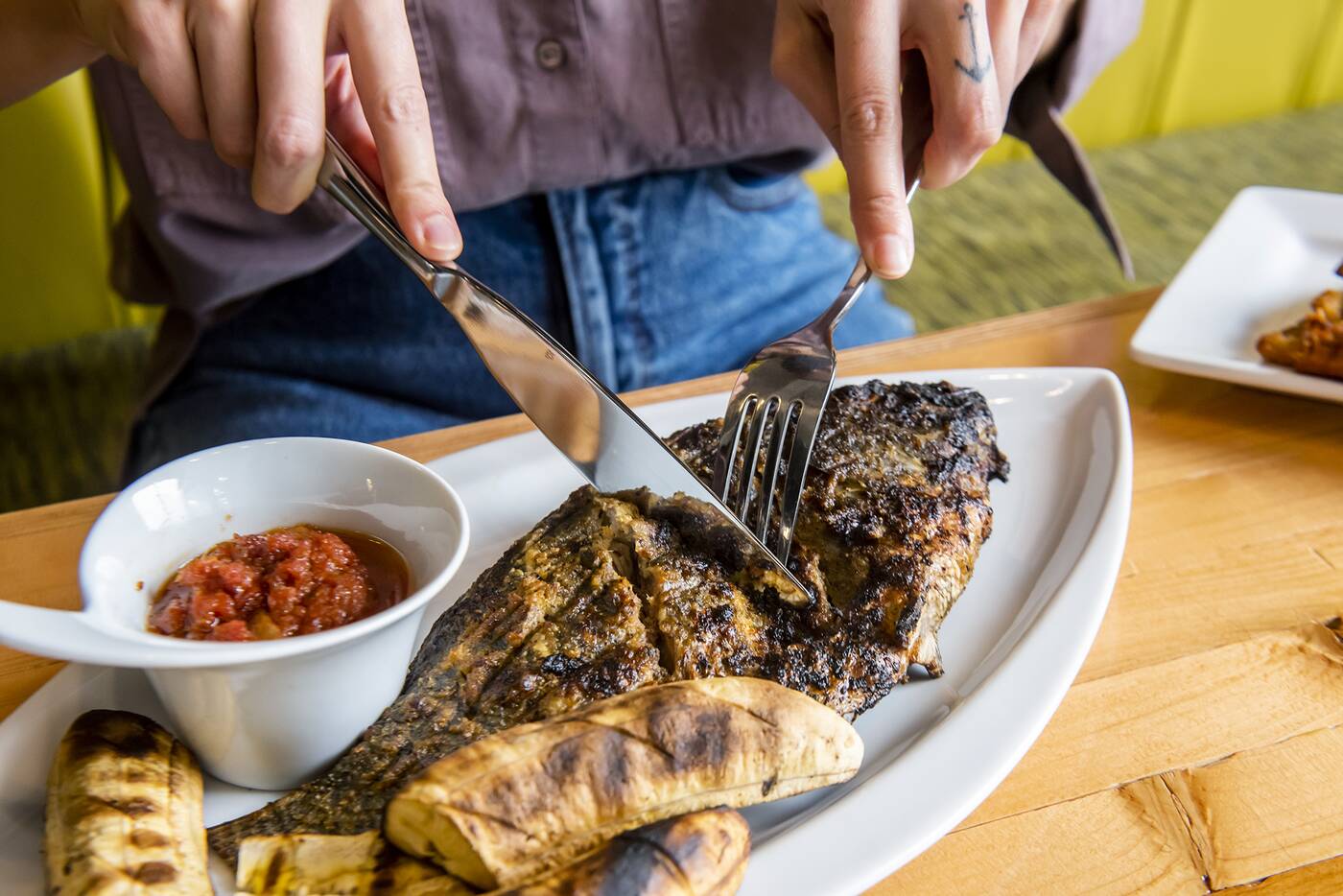 They also grill up a tilapia ($20) and serve it alongside grilled plantain and a sauce made out of ground peppers, blended bell peppers, tomatoes, onions and just a little bit of added spice.

Matching up a classy ambience with dishes full of flavours and textures that'll either feel like home or be a food adventure, Calabar Grill feels like the ideal spot on Weston Road to celebrate a special occasion with some good food. 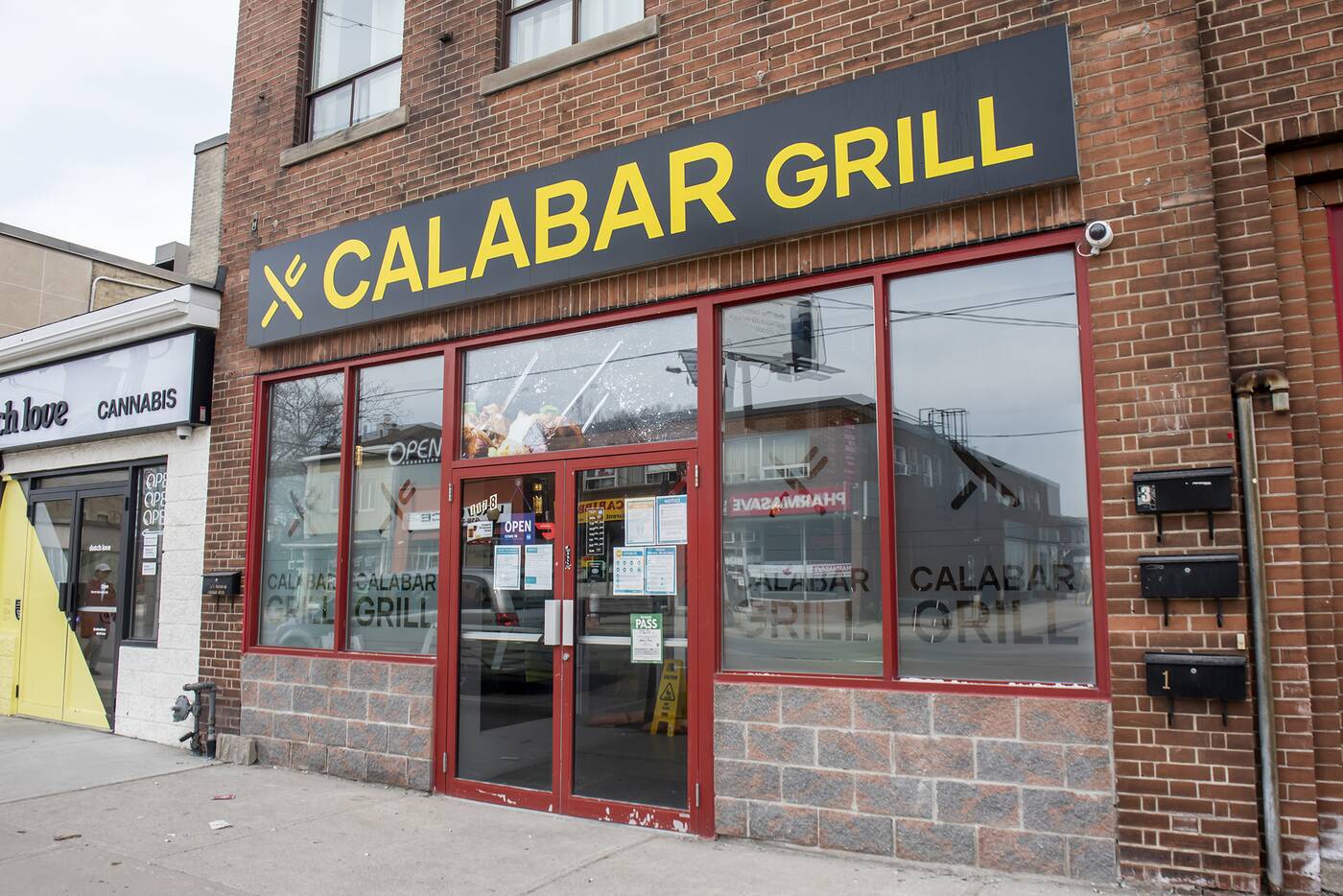