B'saha is a Moroccan joint at College and Clinton in Little Italy's bustling row of restaurants, right across from the Royal Cinema. Co-owners Safaa Sosyane and Otman Haouzi started bringing Morroccan to Toronto with a merguez sausage stall they ran for a year and a half, doing events and food festivals.

They mainly sold sausage and a few other things, and classic merguez sausage is still the star item here, but they've expanded to offer special prepared-in-advance tagine dishes and smoothies. Haouzi is a Cordon Bleu trained chef, and used to work at a Four Seasons in New York City, but just wasn't able to be as creative or personal with his dishes. 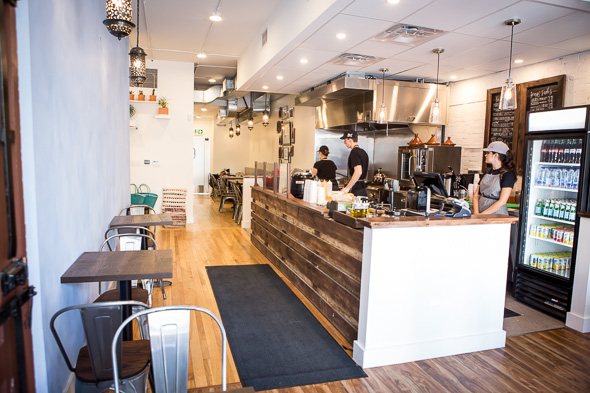 The interior is lovely and bright, with the open air kitchen taking centre stage, grills, ovens, and assembly fully visible. There's a giant chalkboard at the back for kids (or artists) to draw on, opposite long white benches with colourful pillows. There's an exposed brick wall on one side and big windows at the front. 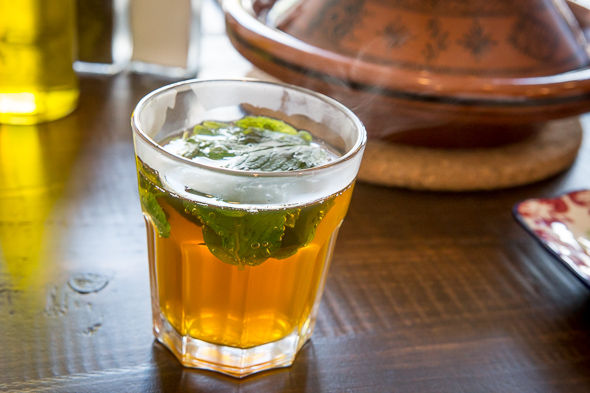 They're unlicensed, so go for mint tea ($1.95) instead of booze. It's a typical authentic accompaniment to the spiced dishes served in Morocco, a green tea with a sprig of fresh mint. You have an option of getting it sweetened with lots of sugar, or not sweet. 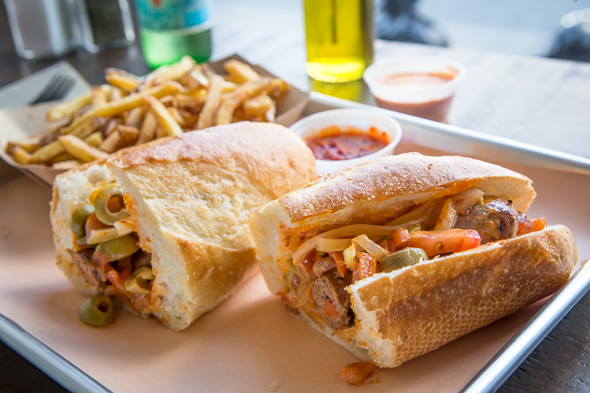 So let's see how that sausage ($8.95) is made: it's stuffed with lamb and beef ground in-house, grilled, and then nestled in a soft baguette, as per Moroccan tradition. It's then topped with a little warm salad of onions, tomatoes and olives, which kind of reminds you why we top hot dogs with those ingredients in the first place. 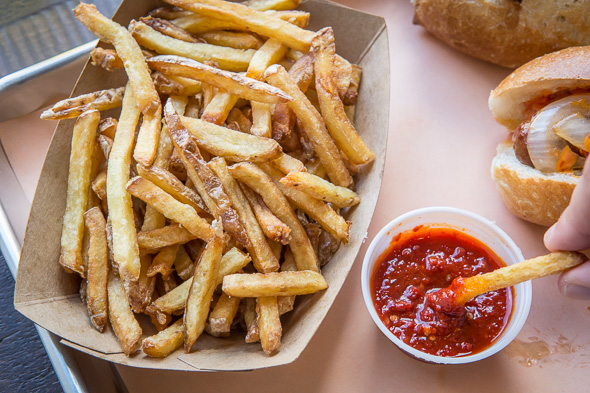 We get it with a side of hand-cut fries ($3.50) that are also made fresh, and those come with a harissa mayo. That's just mayo mixed with harissa, and I'd personally recommend going with the harissa straight up for dipping fries. It's a spicy sauce of chili paste, garlic, and preserved lemon. 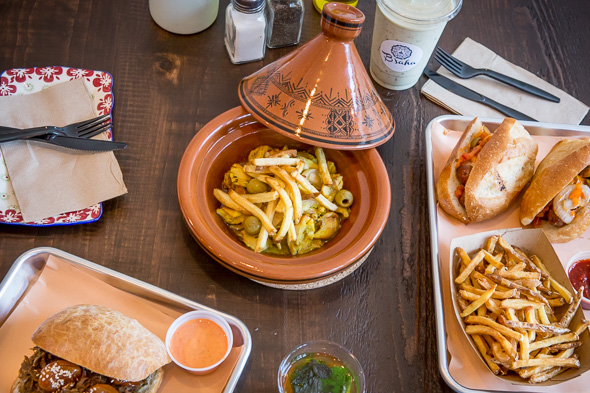 A specialty you won't want to miss if you're interested in genuine Moroccan food is the tagine ($12.95), named for the type of clay pot it's cooked in. Just make sure you order 24 hours in advance. 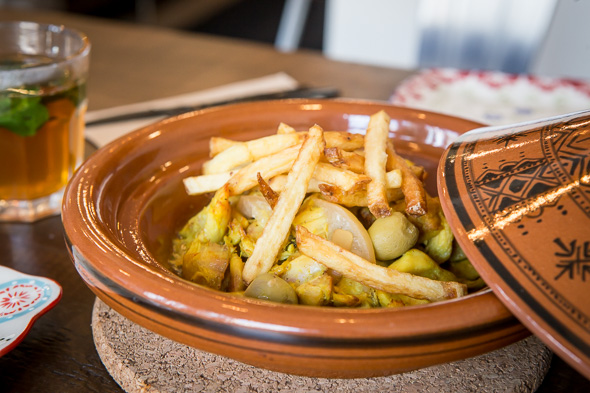 There are several options for what goes in the tagine, like lamb, beef, and veggies. We get the lemon chicken, made with preserved lemon, saffron, and green olives. The chicken is marinated overnight before going into the oven in the tagine, and topped with fries at the end. 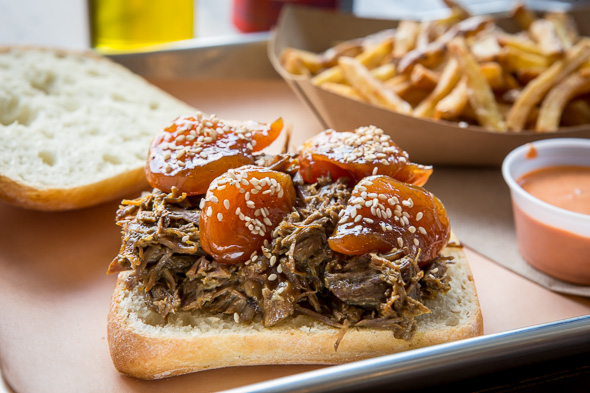 We also have to give the braised beef sandwich a try ($8.95), which is served on a soft square ciabatta bun to soak up all the juices from the meat and topped with glazed apricots and some sesame seeds. The glaze is made with orange juice (another tradition), cinnamon and honey, and the beef is from Beretta , slow-cooked for four or five hours with saffron and cinnamon. 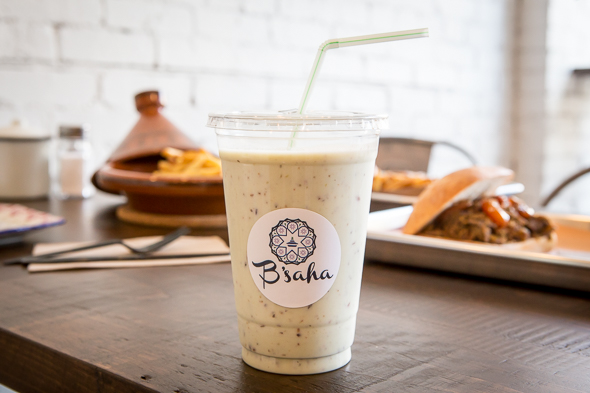 Wash it all down with one of their refreshing, healthful, and different avocado and date shakes ($4.95). It's more savoury than most smoothies out there, but the inclusion of milk and honey harmonizes with the creamy avocado. They also serve fresh-squeezed OJ and do Sunday brunch from 10 to 3. 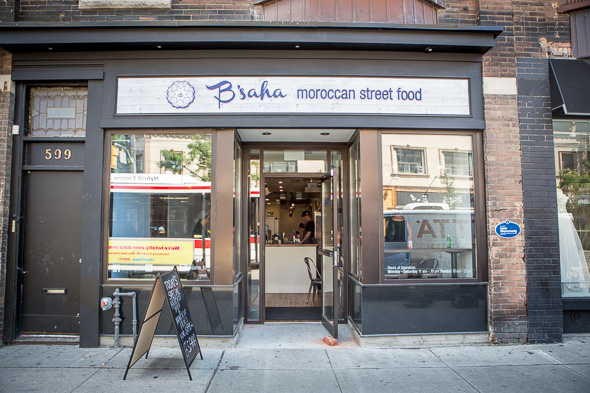