This cute orange-coloured restaurant is the first location of the popular Montreal chain—more commonly called Centrale Bergham—which first launched in 2012, and has since become a halal institution of sorts. 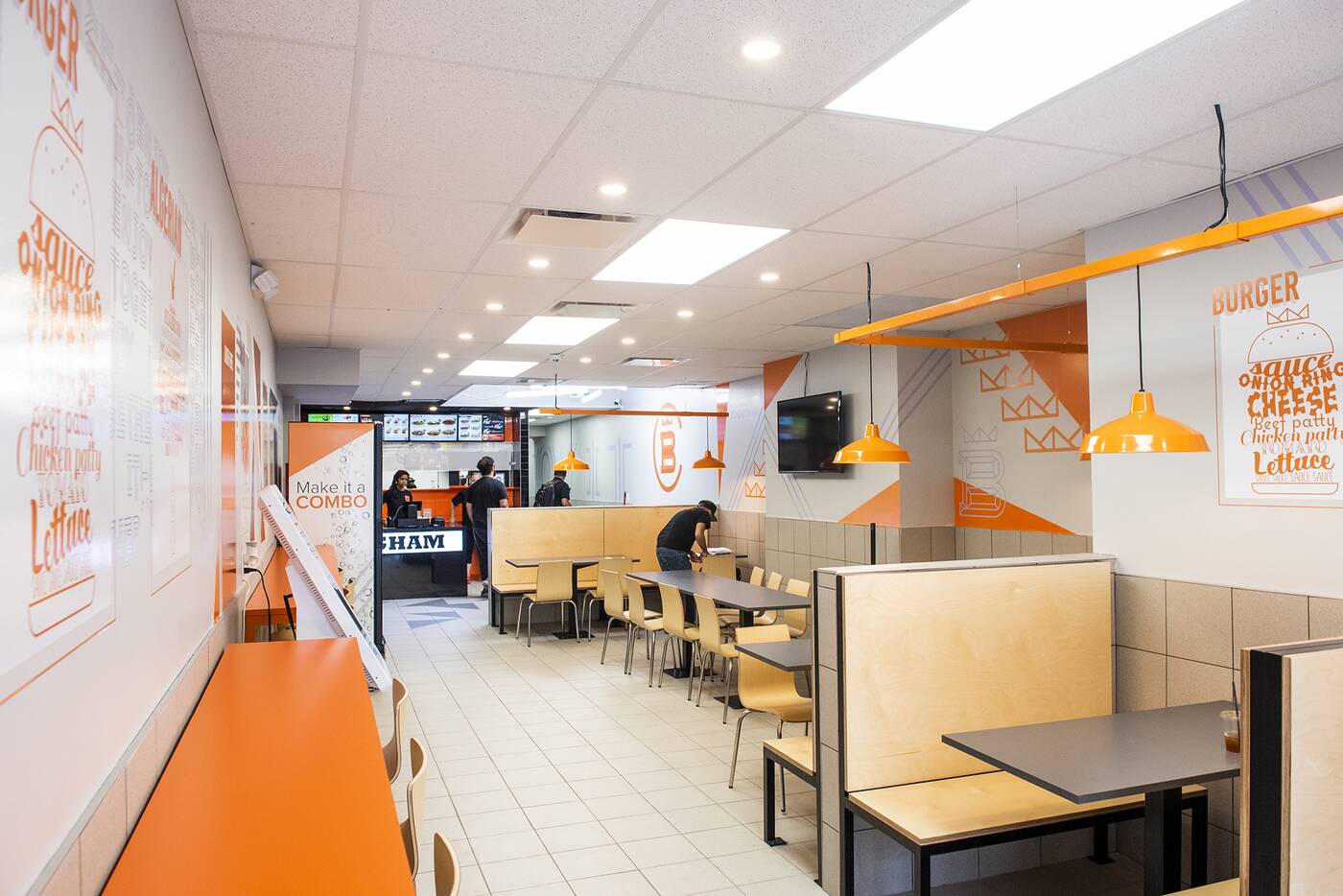 First of all, there's no pork, and Bergham's collection of seven signature sauces far exceeds the regular condiments available at your local Subway. 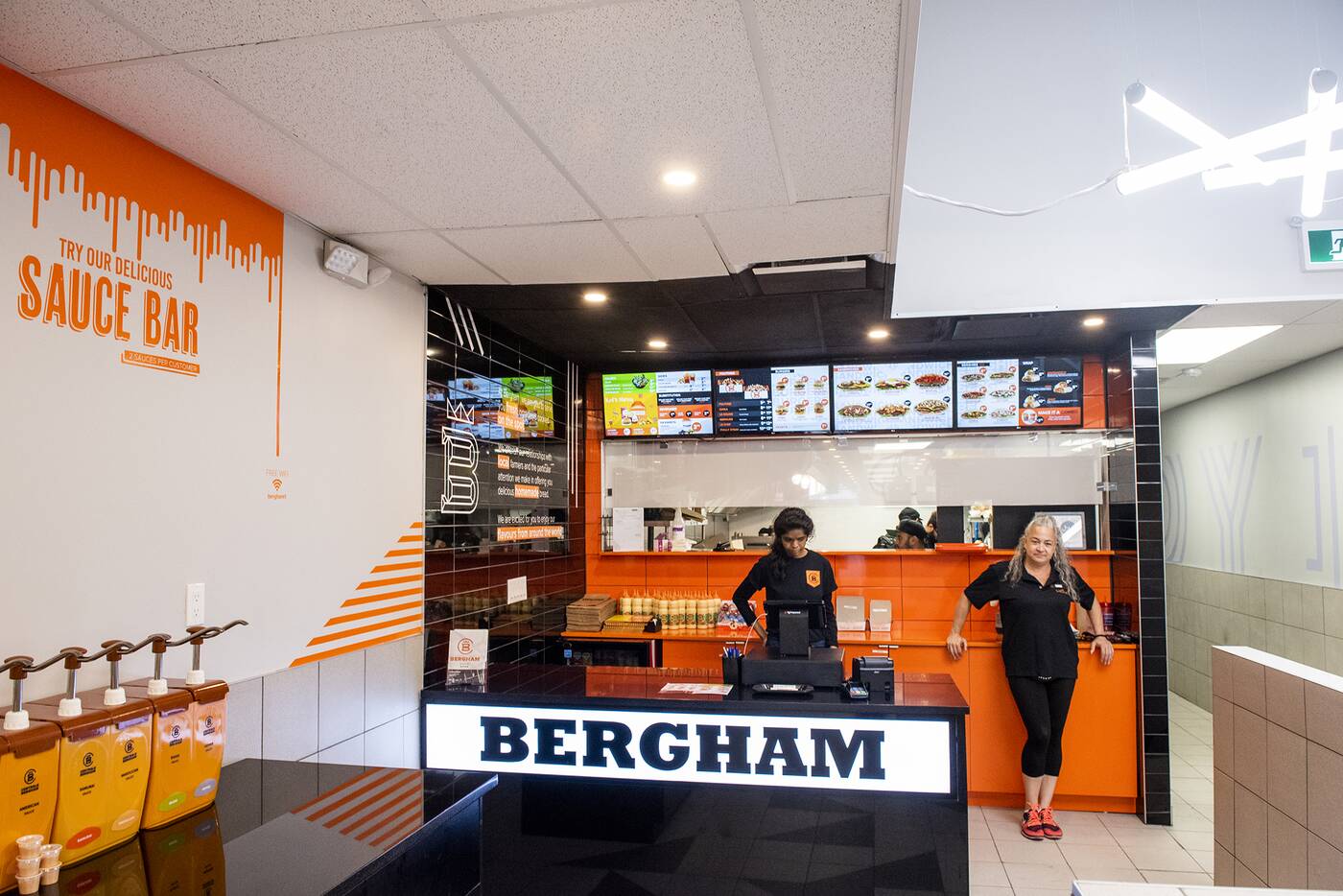 Their Algerian Sauce, undoubtedly their most popular one, takes after a sauce found in the popular Algerian street food, mhadjeb. 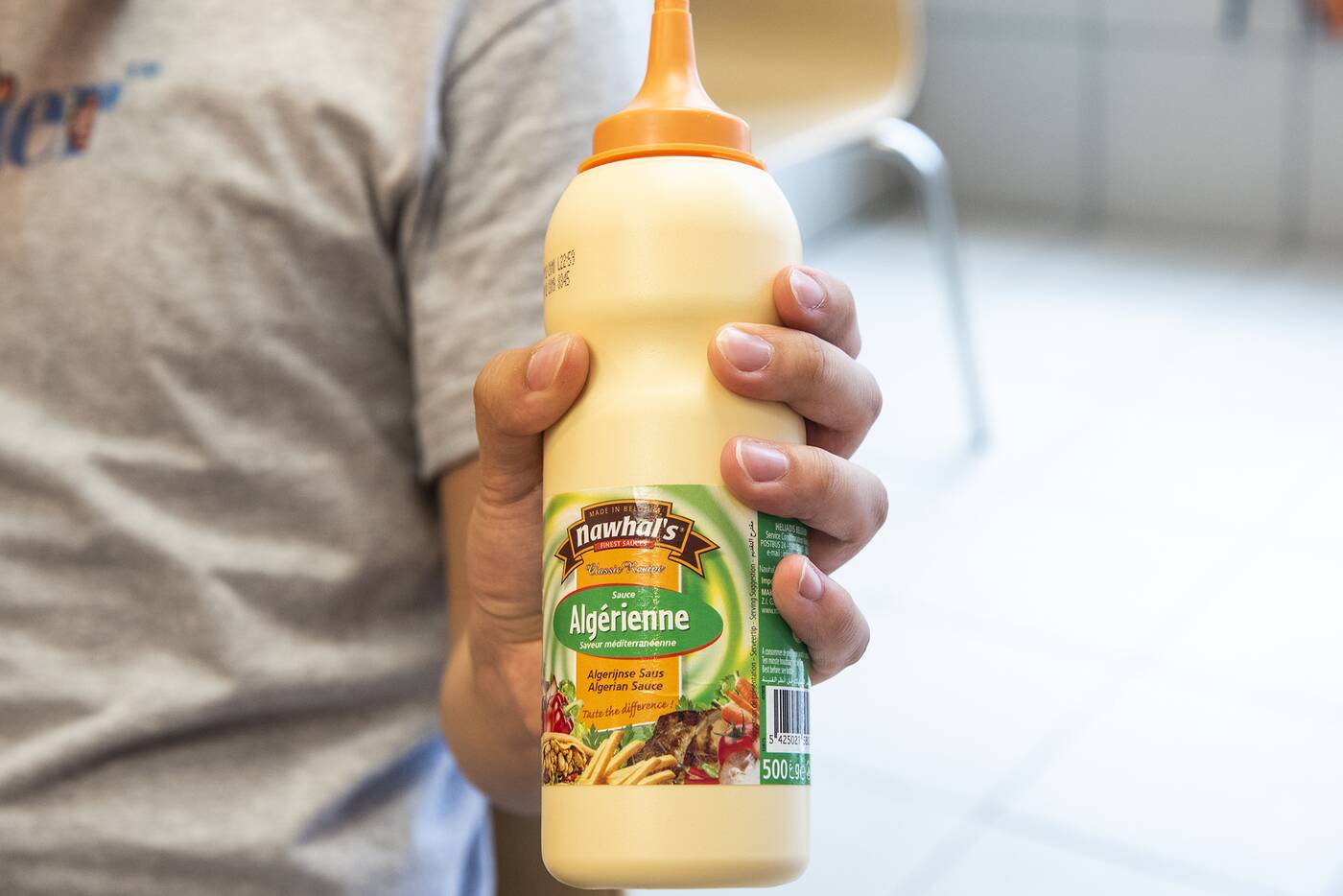 Slightly spicy, it's made with caramelized onions, egg, capsicum, and tomatoes. You can even buy a bottle for $7.99. 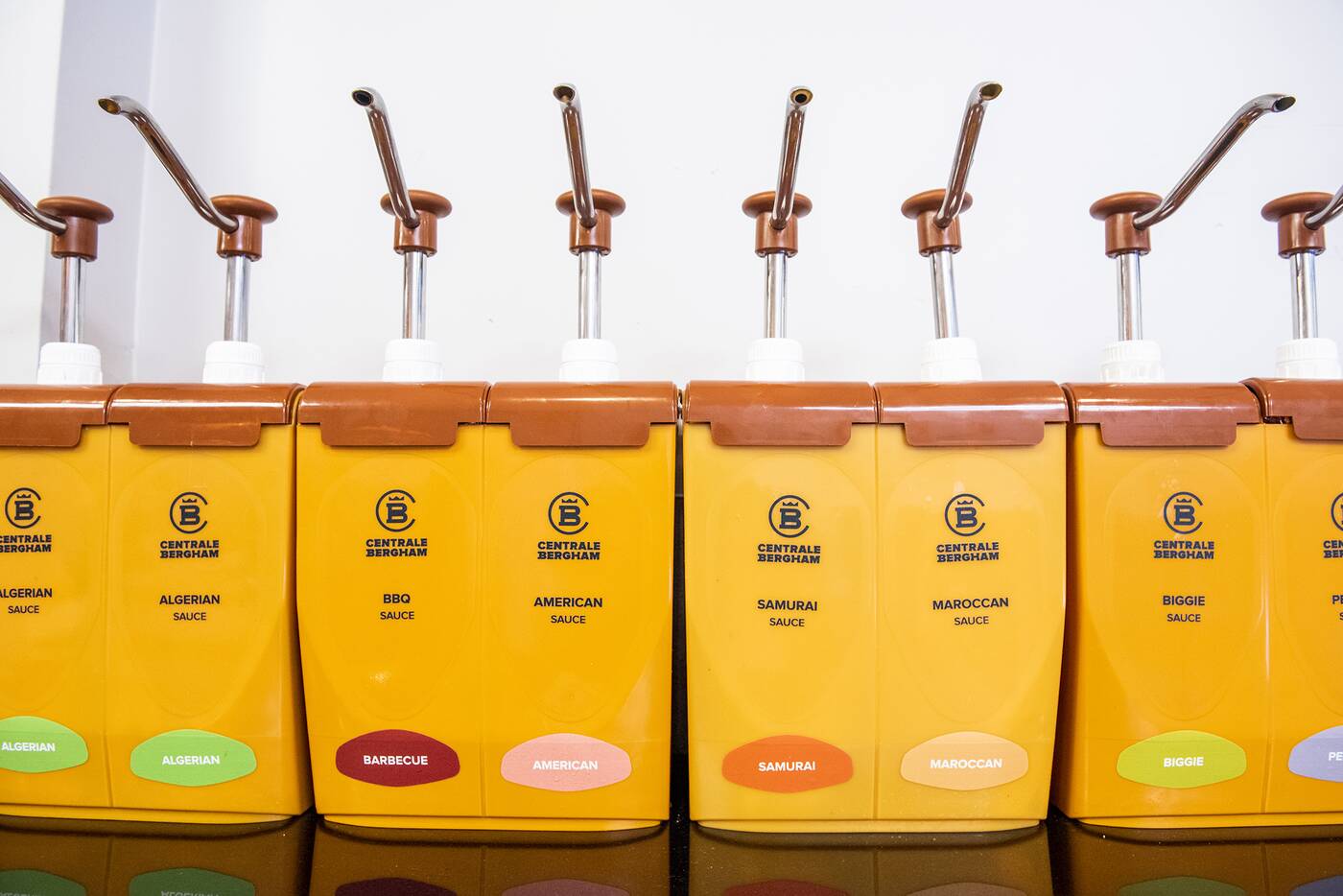 Pump it onto your sandwich via the sauce station by the counter. You can also try other flavours, like the Samurai, the Moroccan, or Black Pepper Sauce. 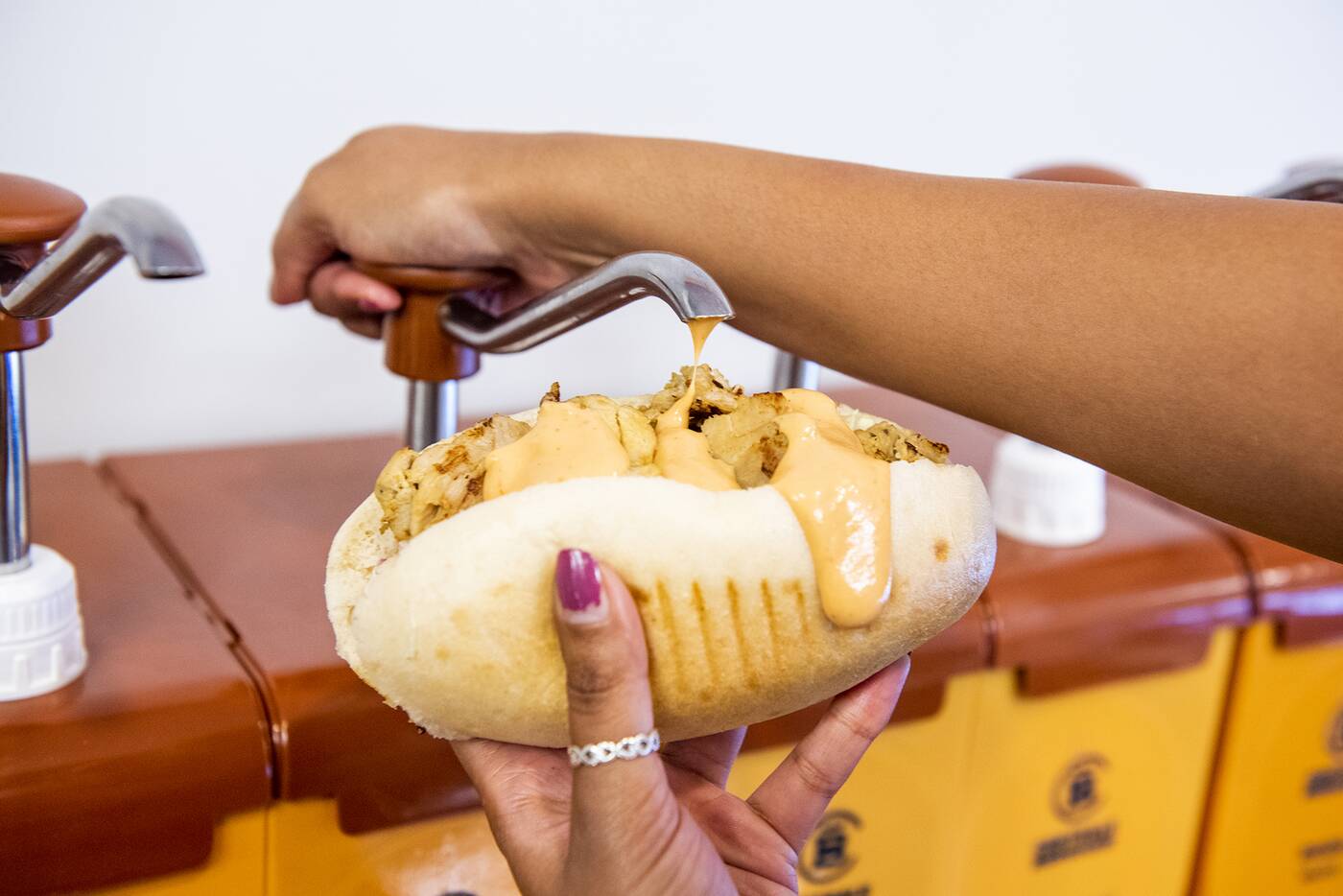 There are burgers on the menu, but their sandwiches and Berghies—which are mini (but still pretty big) versions of the sammies—are the way to go. 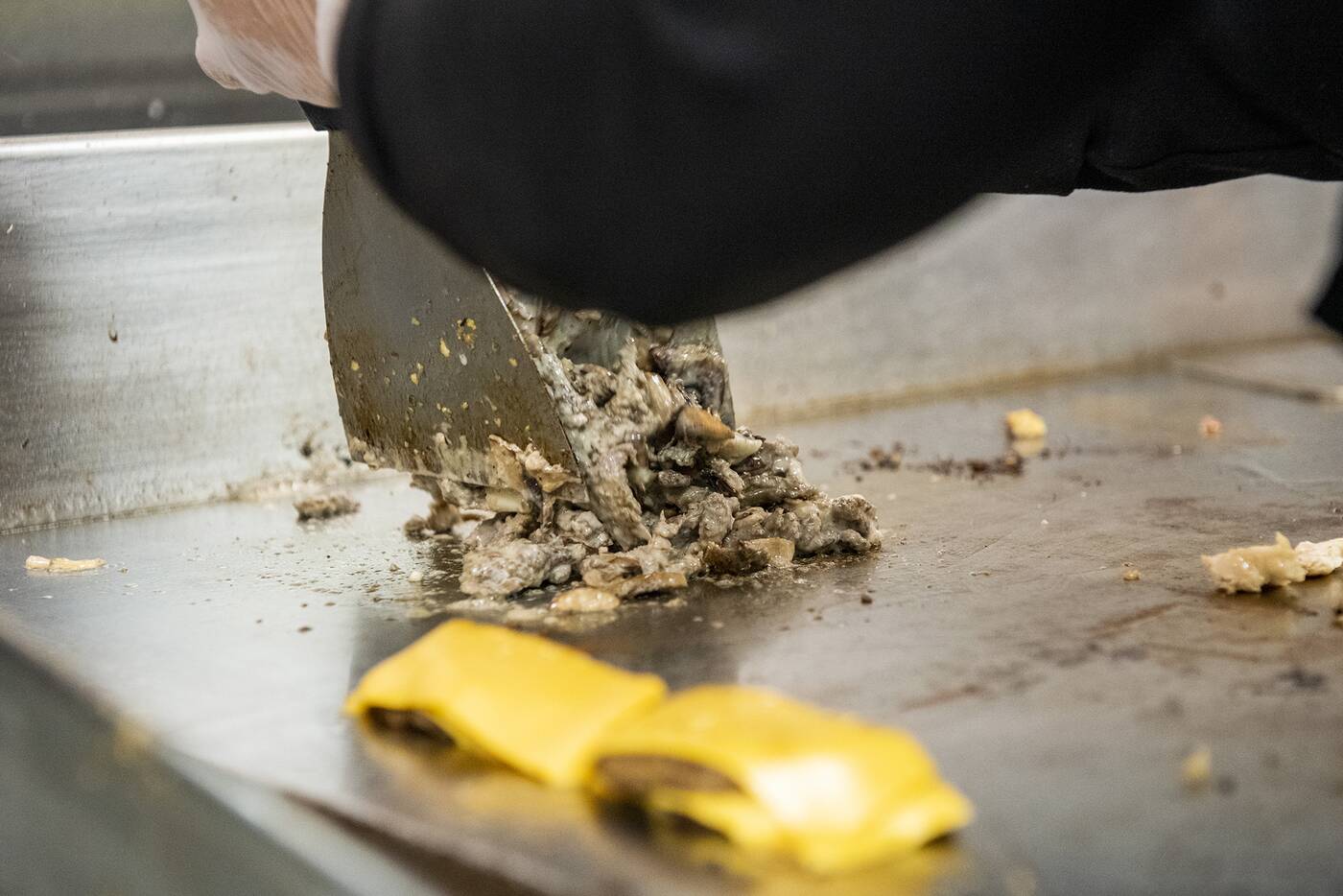 Every sandwich comes with a base of tomatoes, onions, lettuce as the base, and comes encased in special kebab-style bread imported from France. 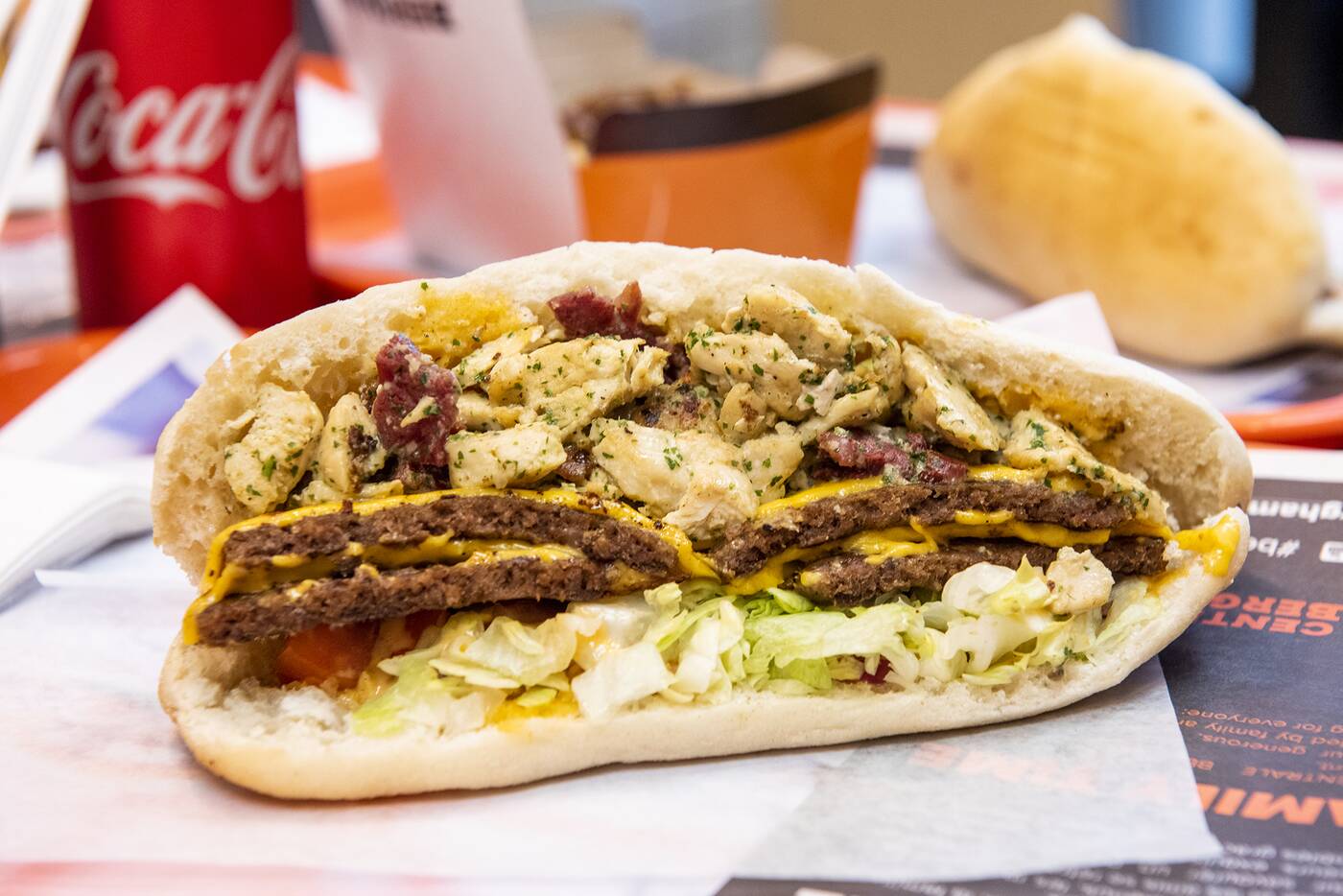 The hulking Maximum ($11.99) is the sub of my dreams, stuffed with a chicken cutlet, two whole beef patties, beef bacon, and cheddar cheese. 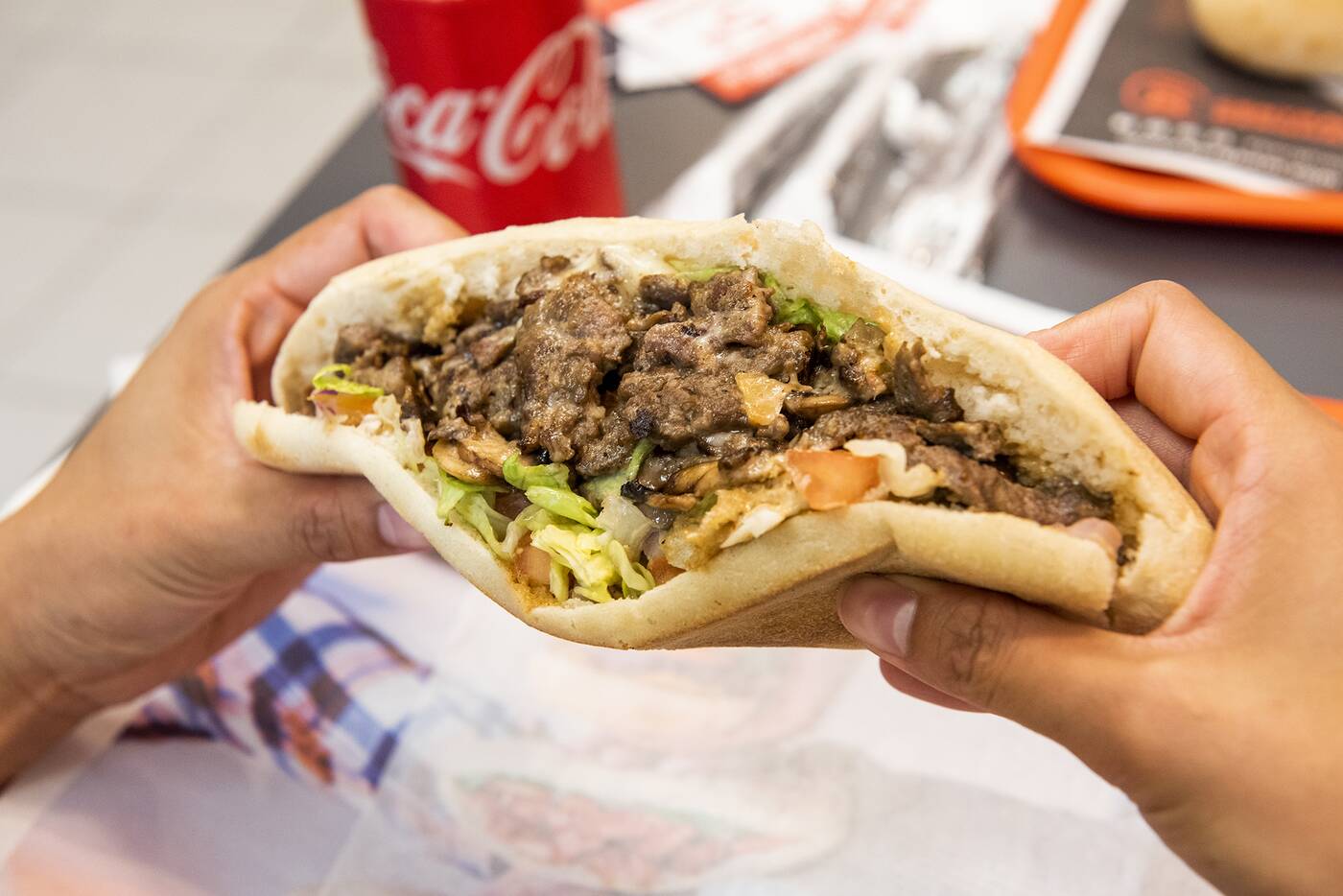 The Philly Steak ($11.99) is another monstrosity, with filet mignon tossed in cooking cream, mushrooms, and swiss cheese. 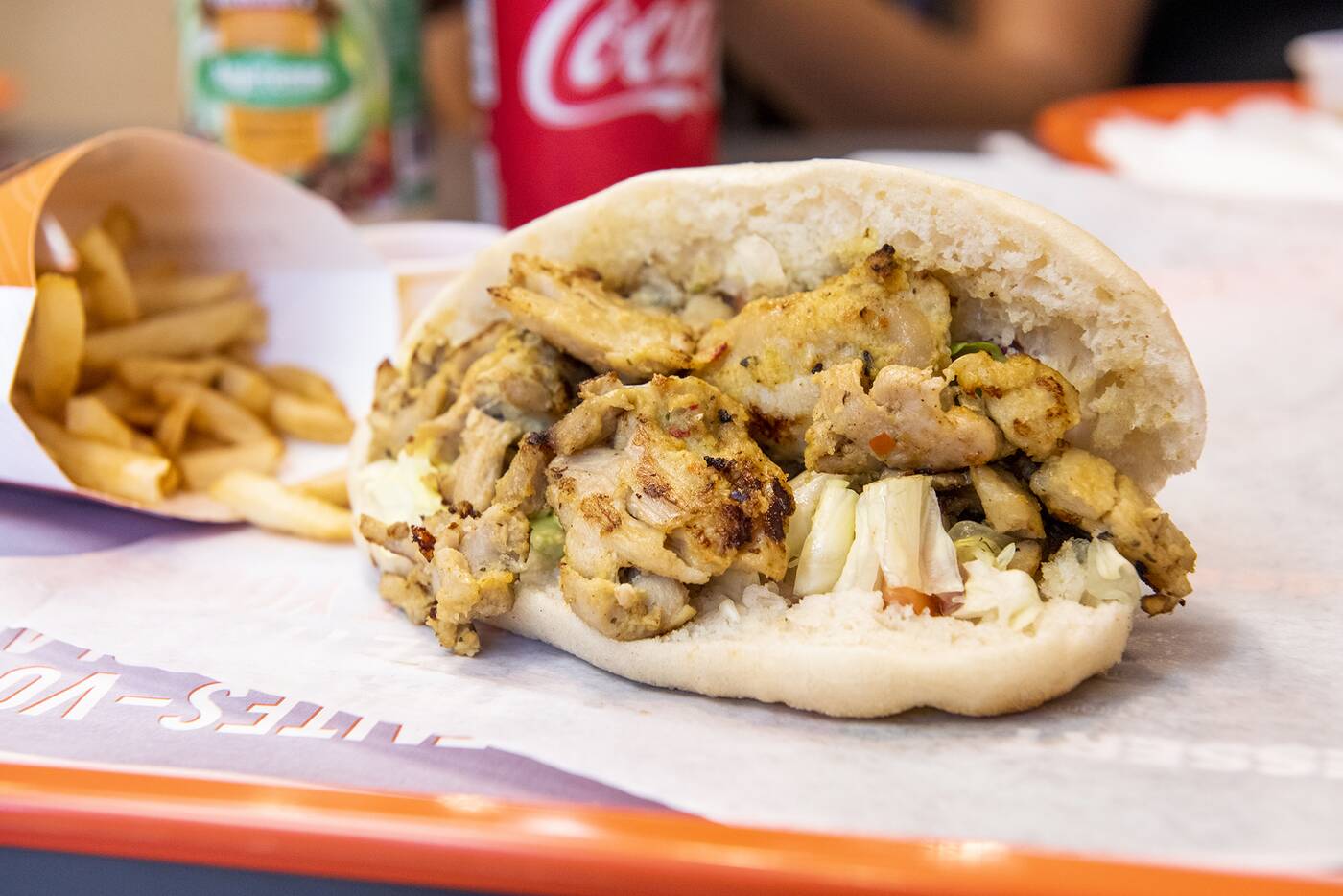 A Doner Berghie ($4.99) is more manageable, with marinated chicken thigh in a hand-sized pocket. 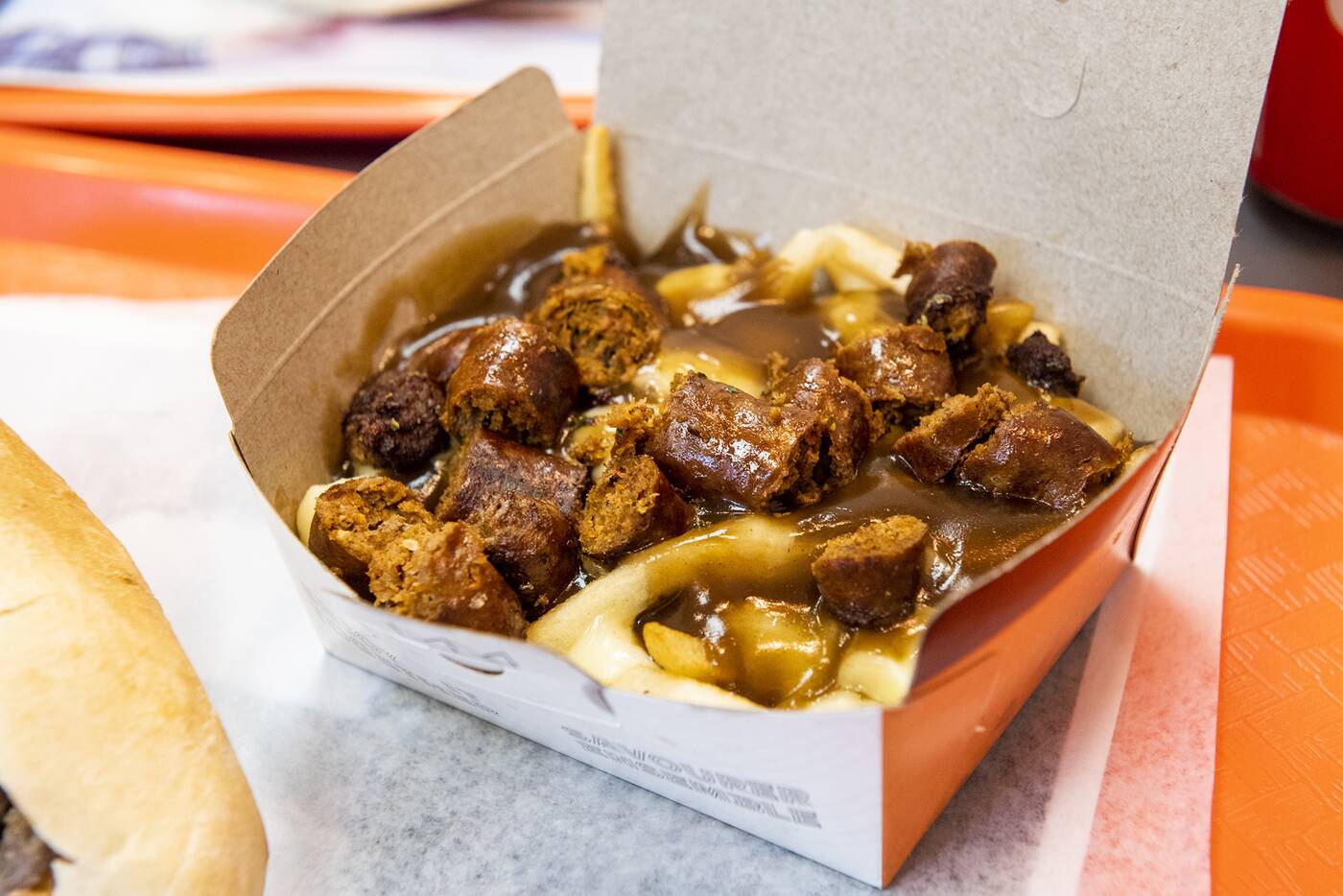 Of course, hailing from Quebec, there has to be poutine on the menu. Tandoor chicken and curry chicken sound like a future order, but we opt for the merguez poutine ($8.99 for a medium).

Brown sauce, cheese curds, and four chopped up pieces of this Northwest African sausage top a bed of fries in a gooey mess. 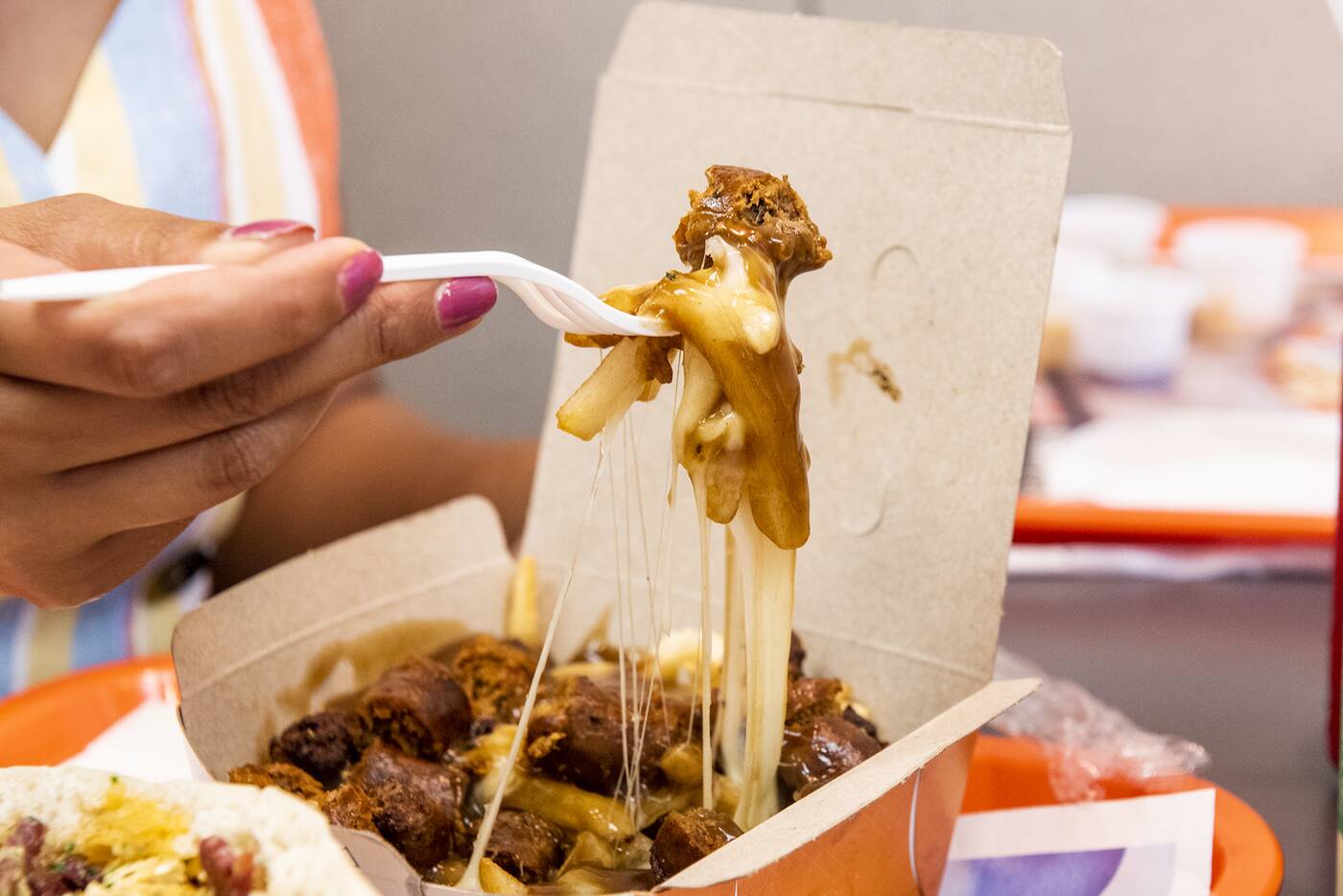 As you can imagine, Bergham is pretty much a perfect spot for late-night (post-drink, if you imbibe) indulging. They close at 1 a.m. on Fridays and Saturdays, which is great news for the nighttime wanderers of Queen West. 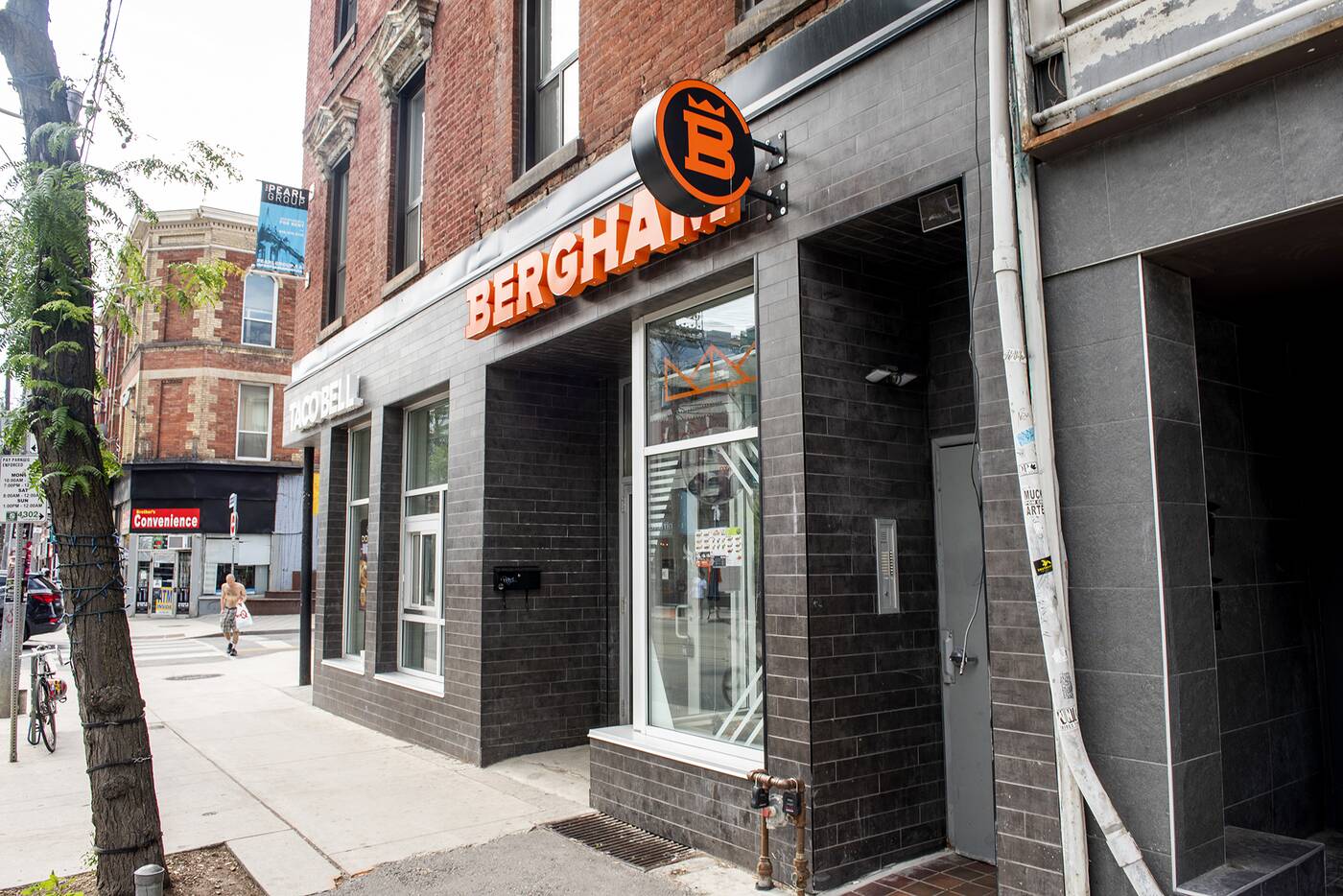