The Benue has a maximum of two customers allowed in the store at a time, they also have hand sanitizer available to use at the front counter where you pick up your food.

You won't find fusion versions of Nigerian food at The Benue. They focus on serving the heart of traditional dishes, but with a modern twist to them. 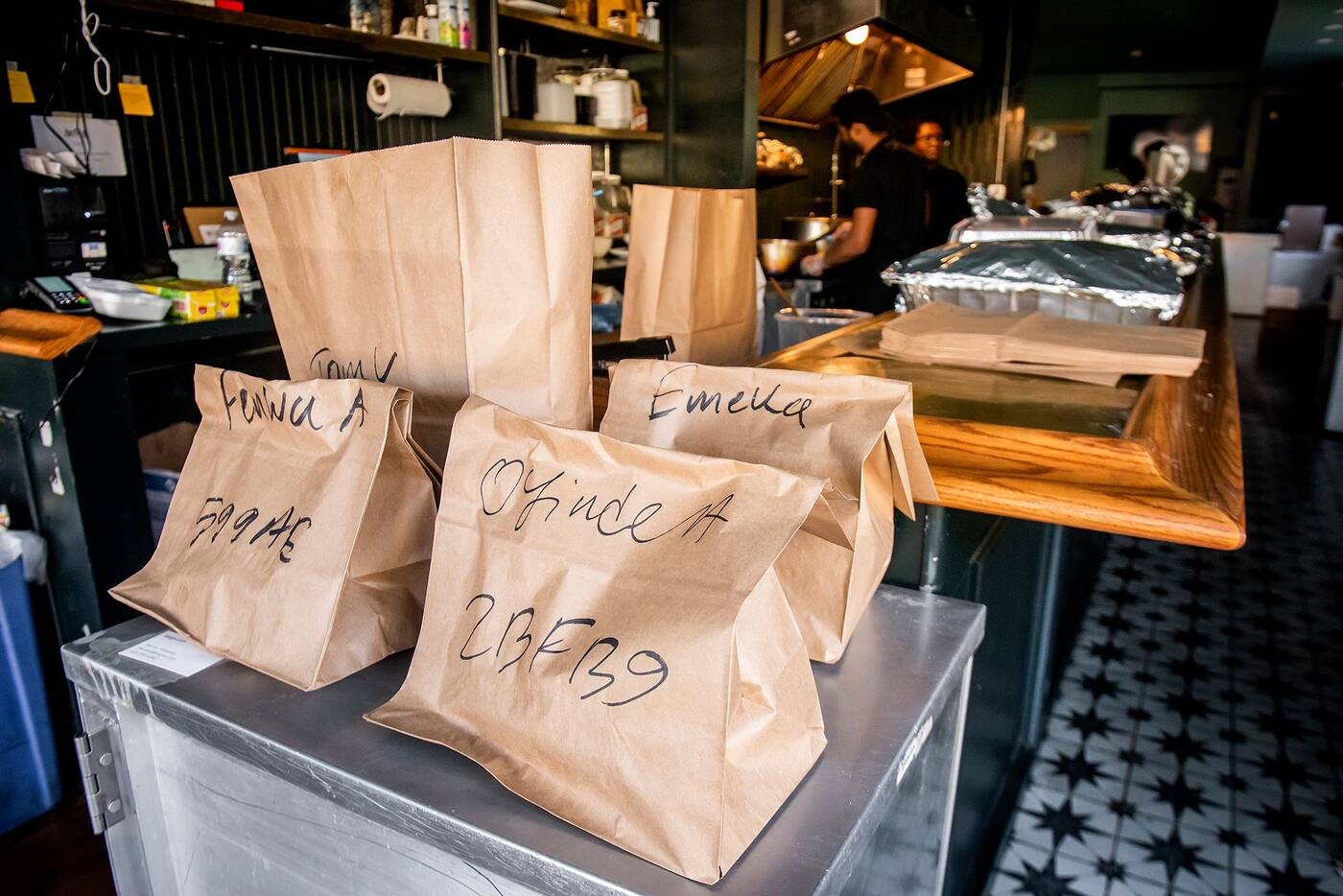 Although your food will be served in takeout containers, The Benue makes an effort to present each meal as if they were arranging it on a plate for you to dine inside. 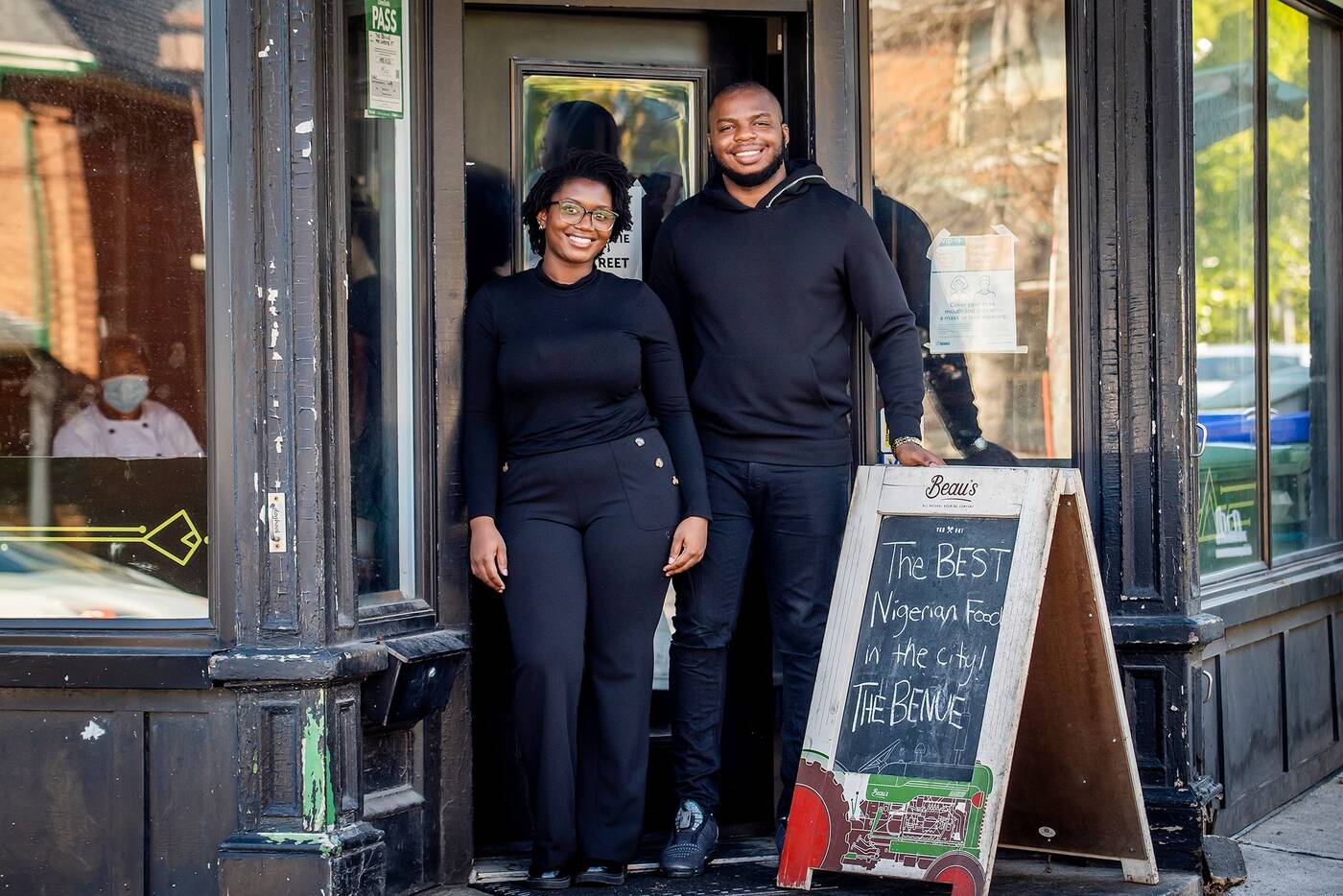 Owners Josette and David Boyo named their restaurant after a state called Benue in Nigeria. The region is known as the food basket of the nation, where the land is rich for growing some of the best produce in the country. 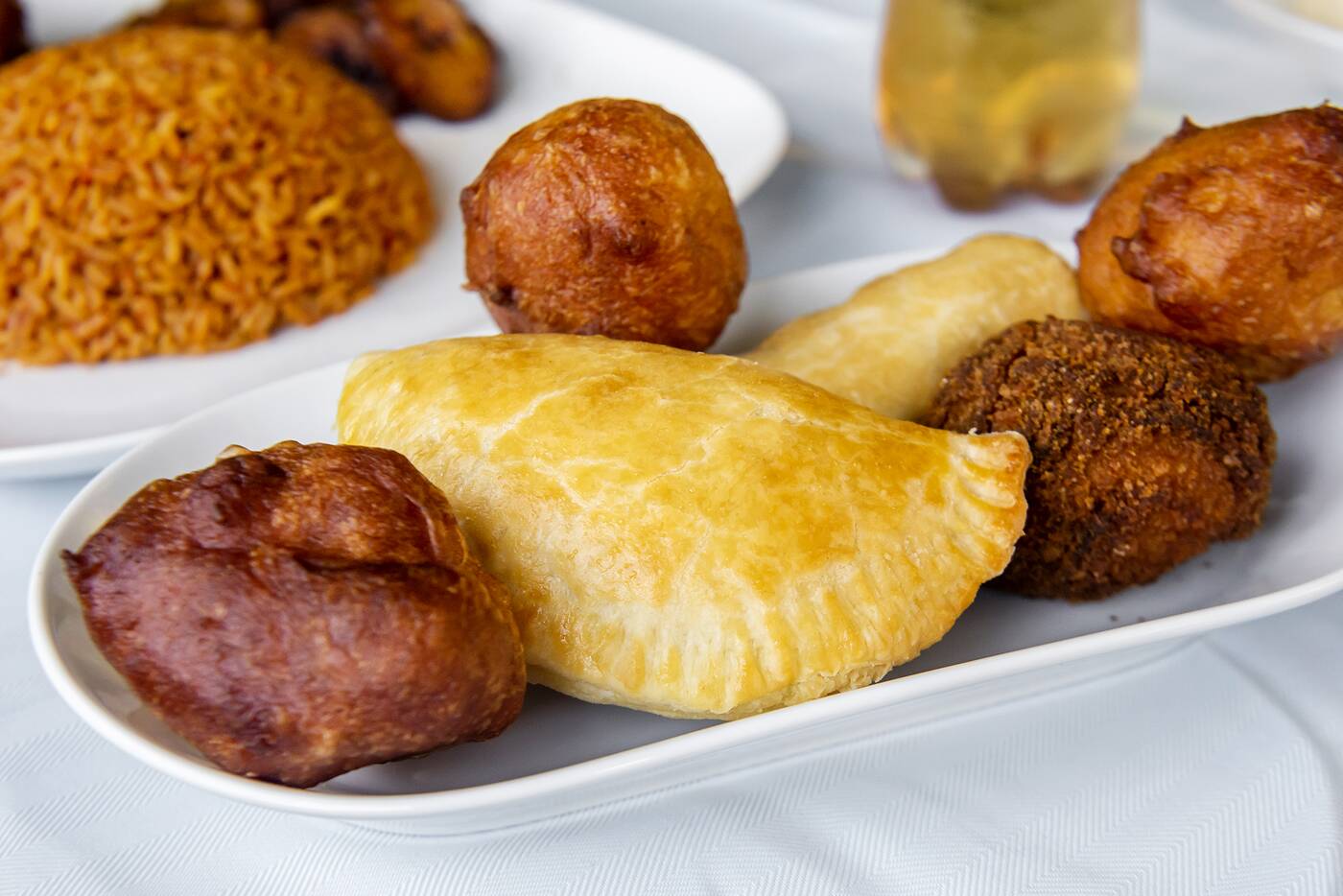 The Boyo's wanted to bring the taste of Nigeria to Davenport Village, where they saw little to no options for African cuisine in the neighbourhood. 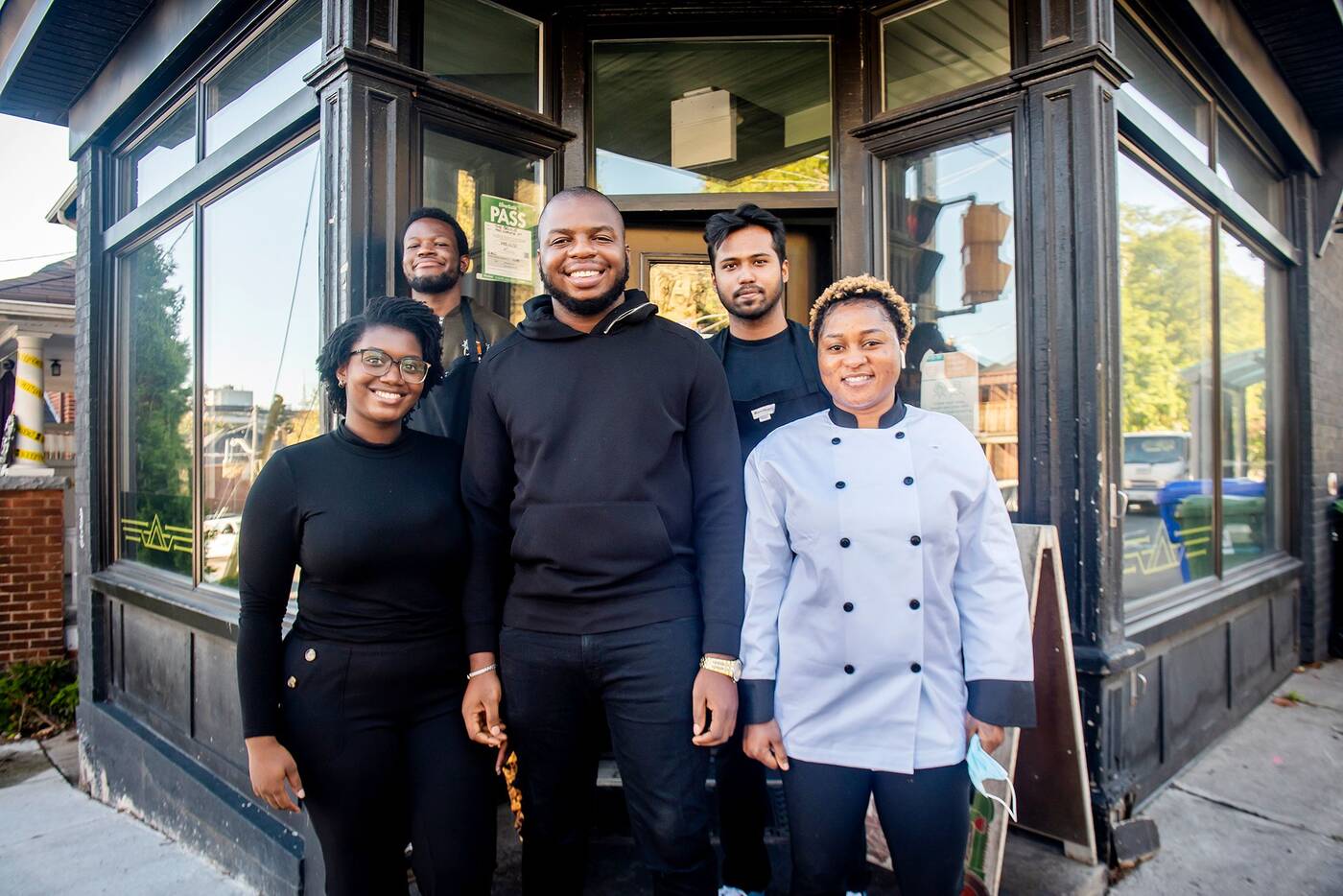 Only a few cooks operate out of the tight-knit kitchen that sits near the front of the restaurant.

Most of them were born and raised in Nigeria so they grew up cooking and eating the dishes they serve. 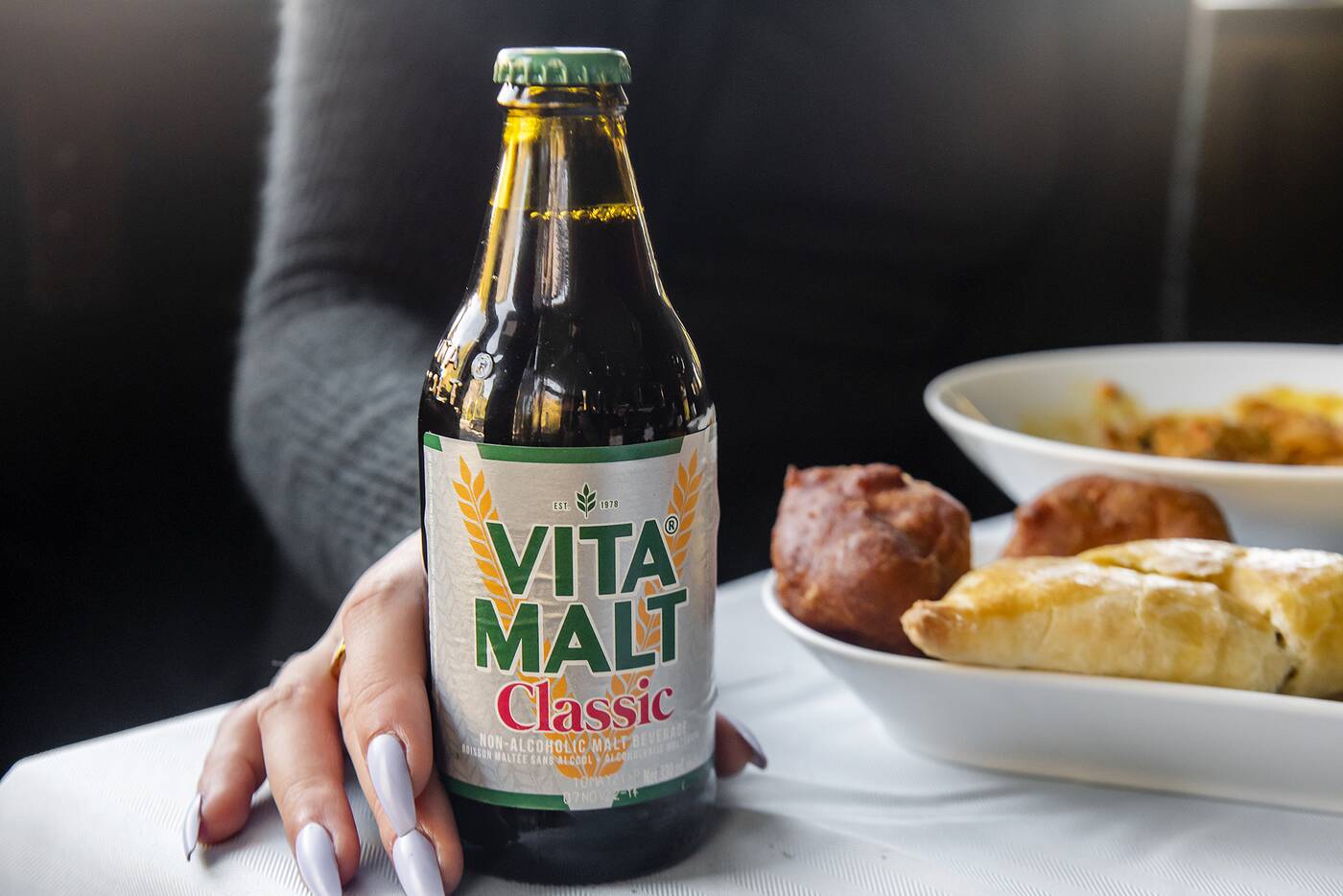 For the employees who aren't Nigerian, they have been trained and taught how to make food the traditional way, using spices and dried fish, that the restaurant gets shipped from Nigeria. 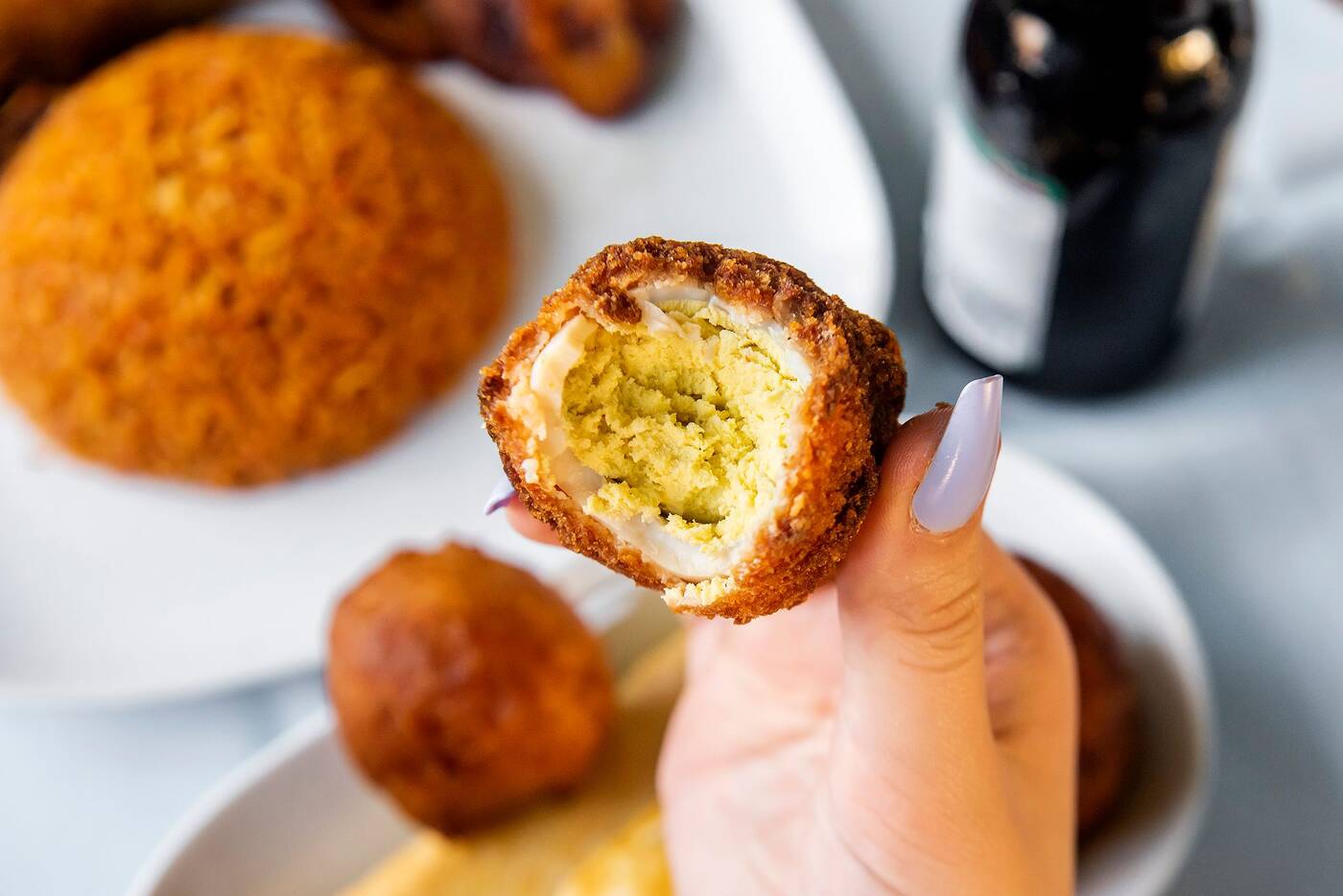 If you're looking for a quick appetizer at The Benue, the Scotch Egg ($3.99) is a perfect choice.

It's basically a boiled egg, wrapped in a seasoned sausage, it's then rolled in breading and deep fried. The soft yolk inside with the crunchy outer shell make for a delicious contrast in textures. 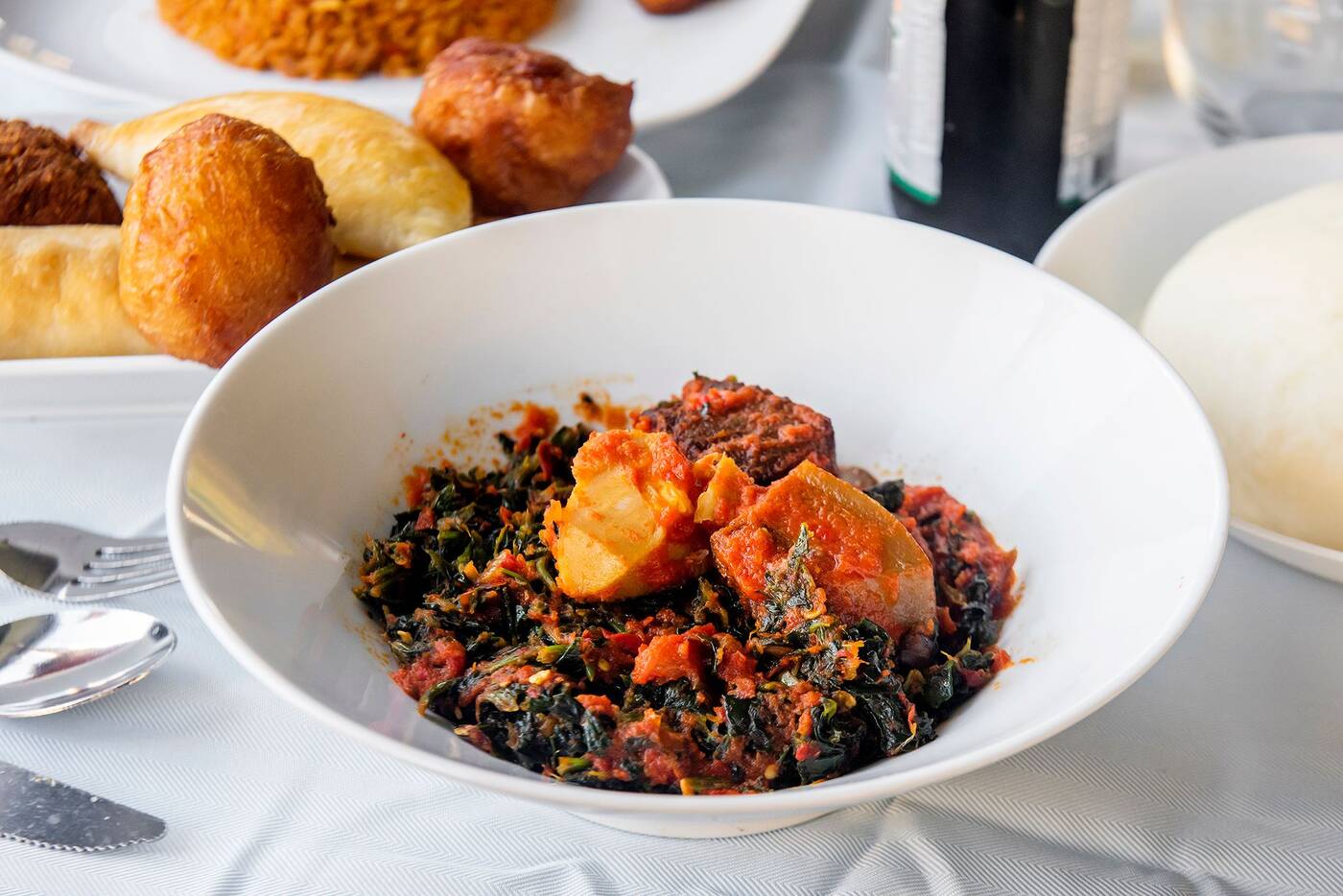 Efo-Riro ($14.99) is hearty, with a vegetable stew-like texture. The base of this soup is spinach, which gets cooked down in a mixture of palm oil and tomato to make the stew.

It's then simmered with onion, assorted cuts of beef, including tripe, and spiced with iru, a popular Nigerian seasoning made of fermented locust beans. 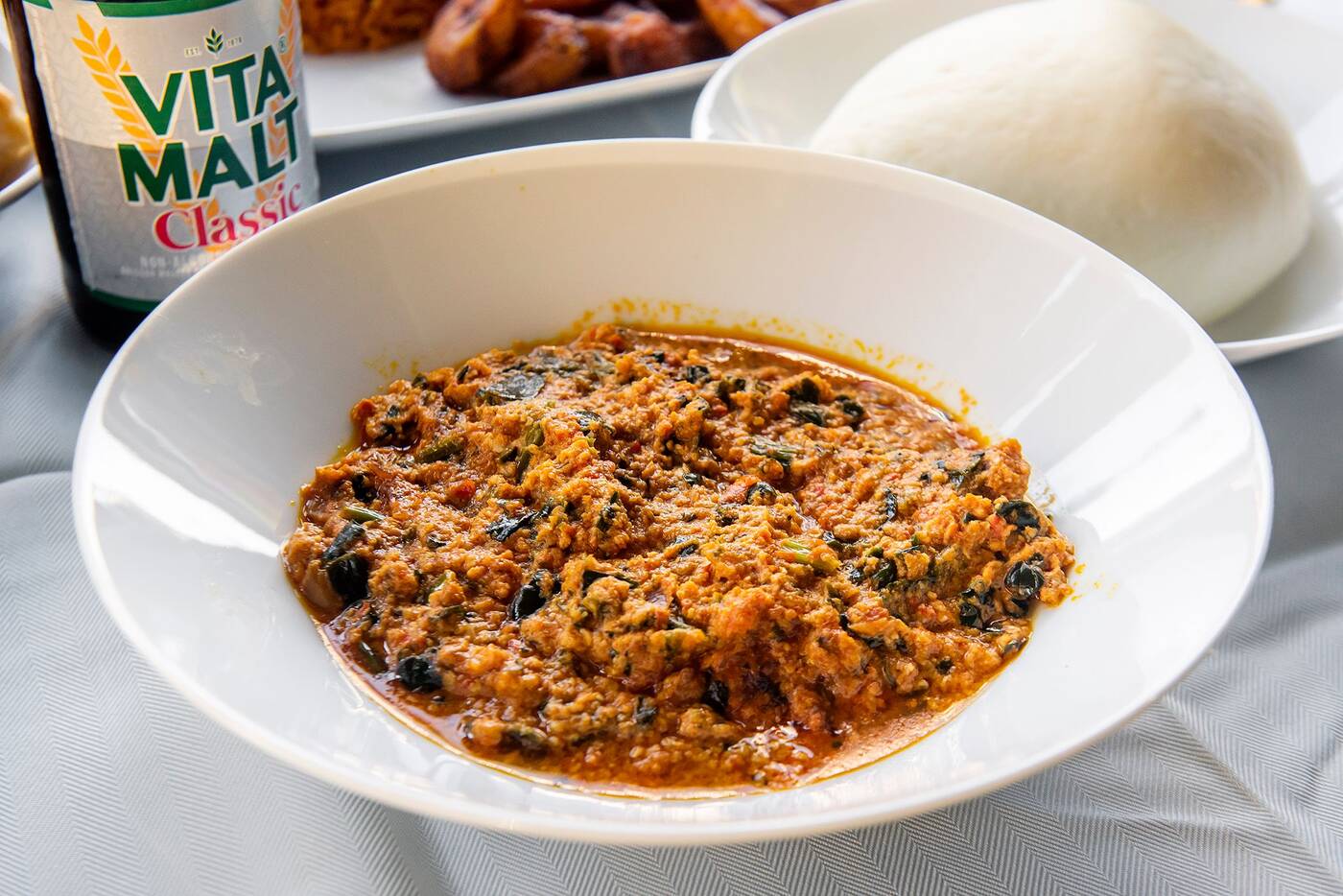 Egusi ($14.99) is a favourite at The Benue, this savoury stew is made up of crushed melon seeds, bits of spinach, along with cray fish and dried fish that's cooked into the mix. 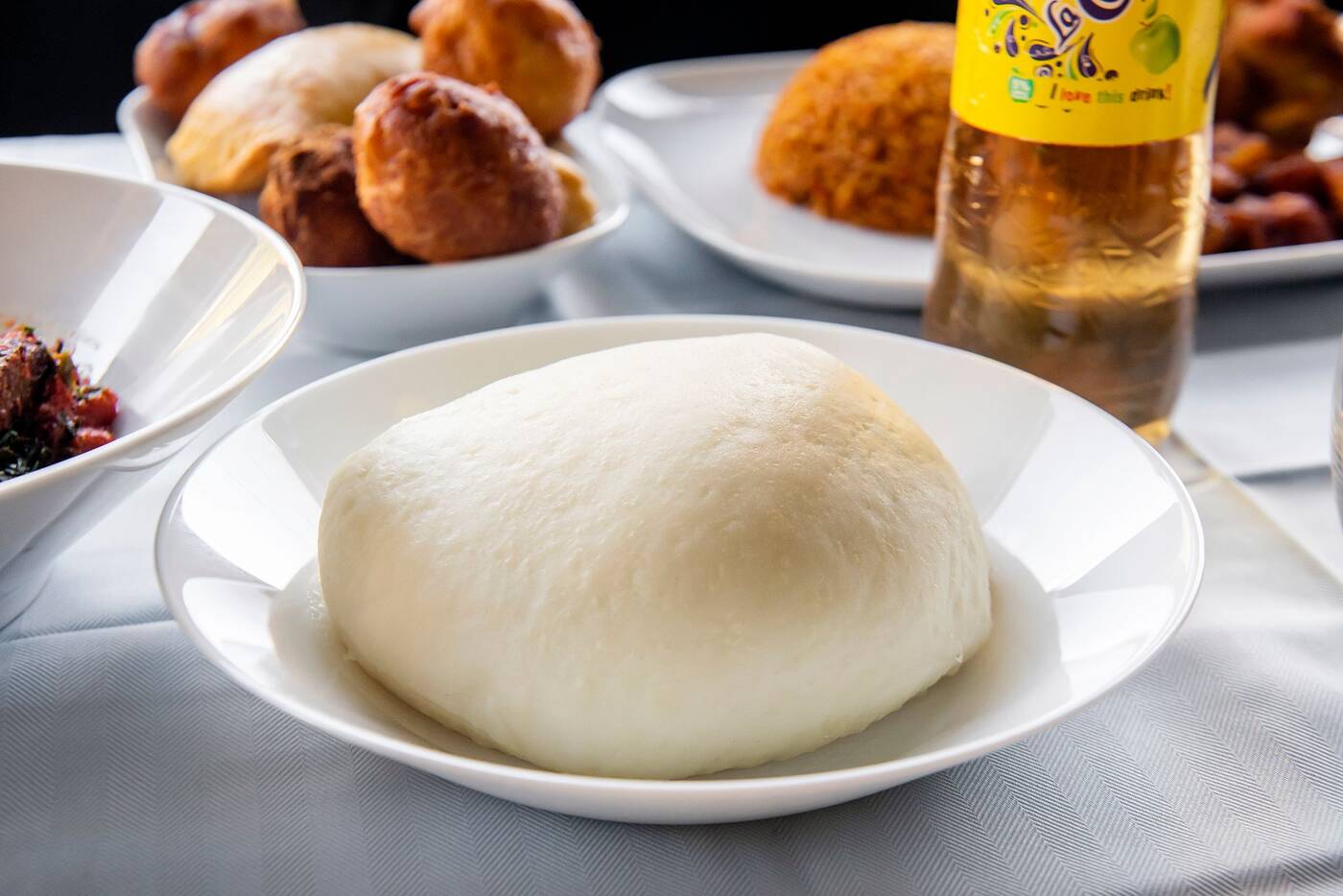 Pounded Yam ($4.99), otherwise known as Poundo, is a commonly ordered side that is meant to be eaten with soups at The Benue.

It could be compared to mash potatoes, except with a dough-like consistency. Cubes of yam are boiled until they're tender, then the chunks are pounded or blended to create the dough, and formed into a ball to be served. 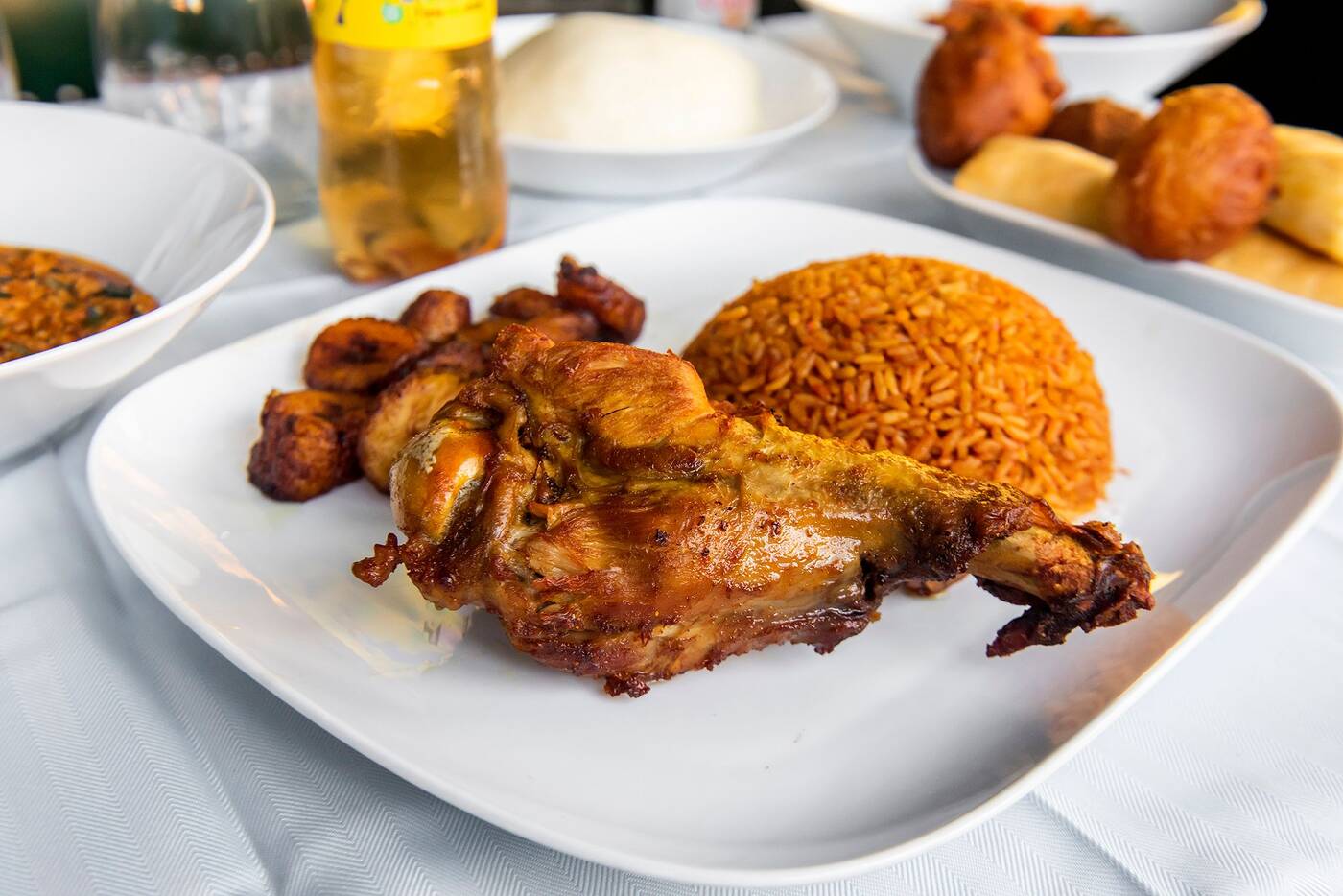 You can get an assortment of combos at The Benue, including a spread of Jollof Rice, a turkey leg, and side of fried plantain ($20.99). The rice is a classic Nigerian dish, it's seasoned with tomato and has a delicious smoky flavour to it. 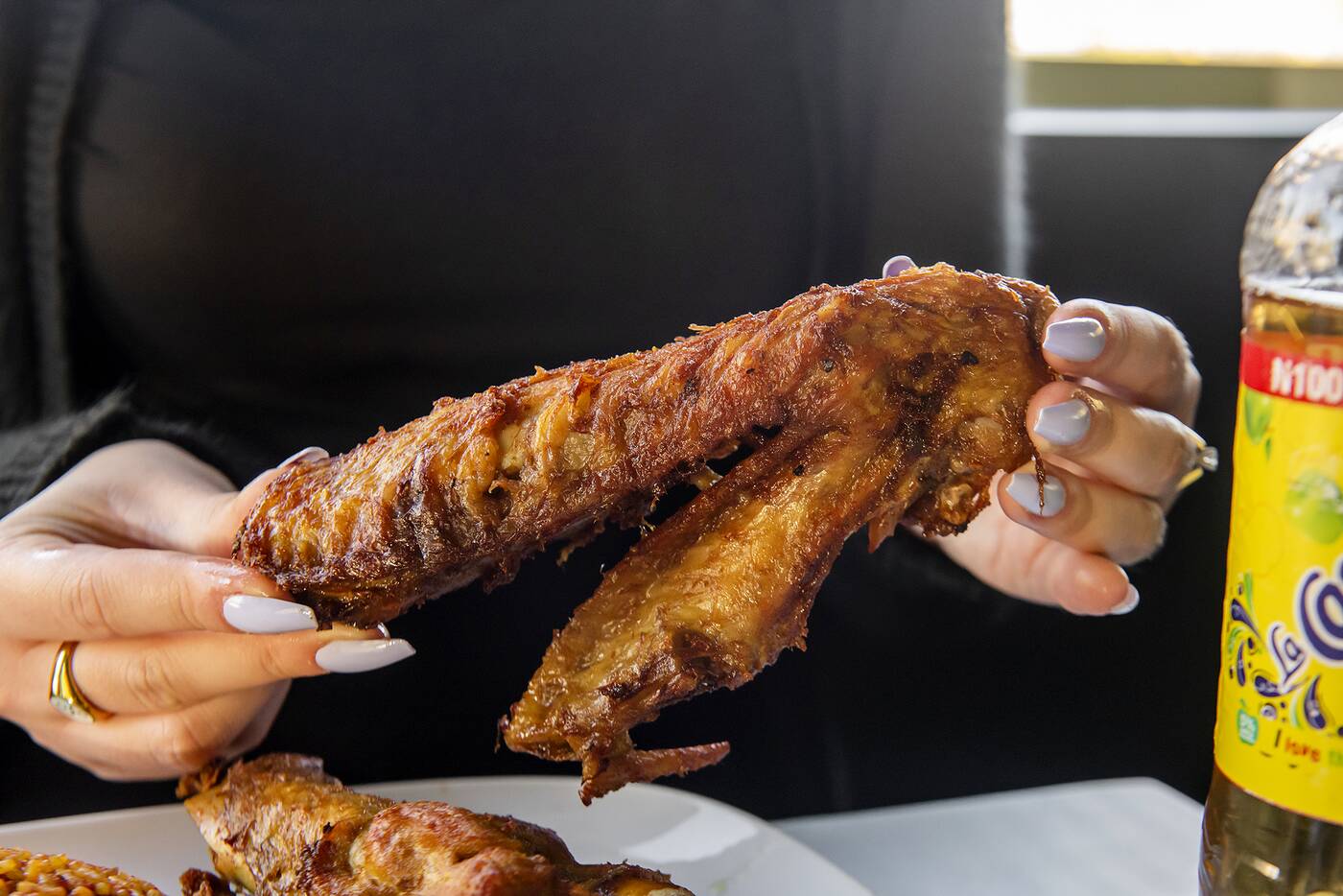 The turkey is also smothered in a tomato sauce, before being roasted. You can tell the plantain was ripe enough before being fried, its sweet taste compliments the savoury flavours of the rice and turkey. 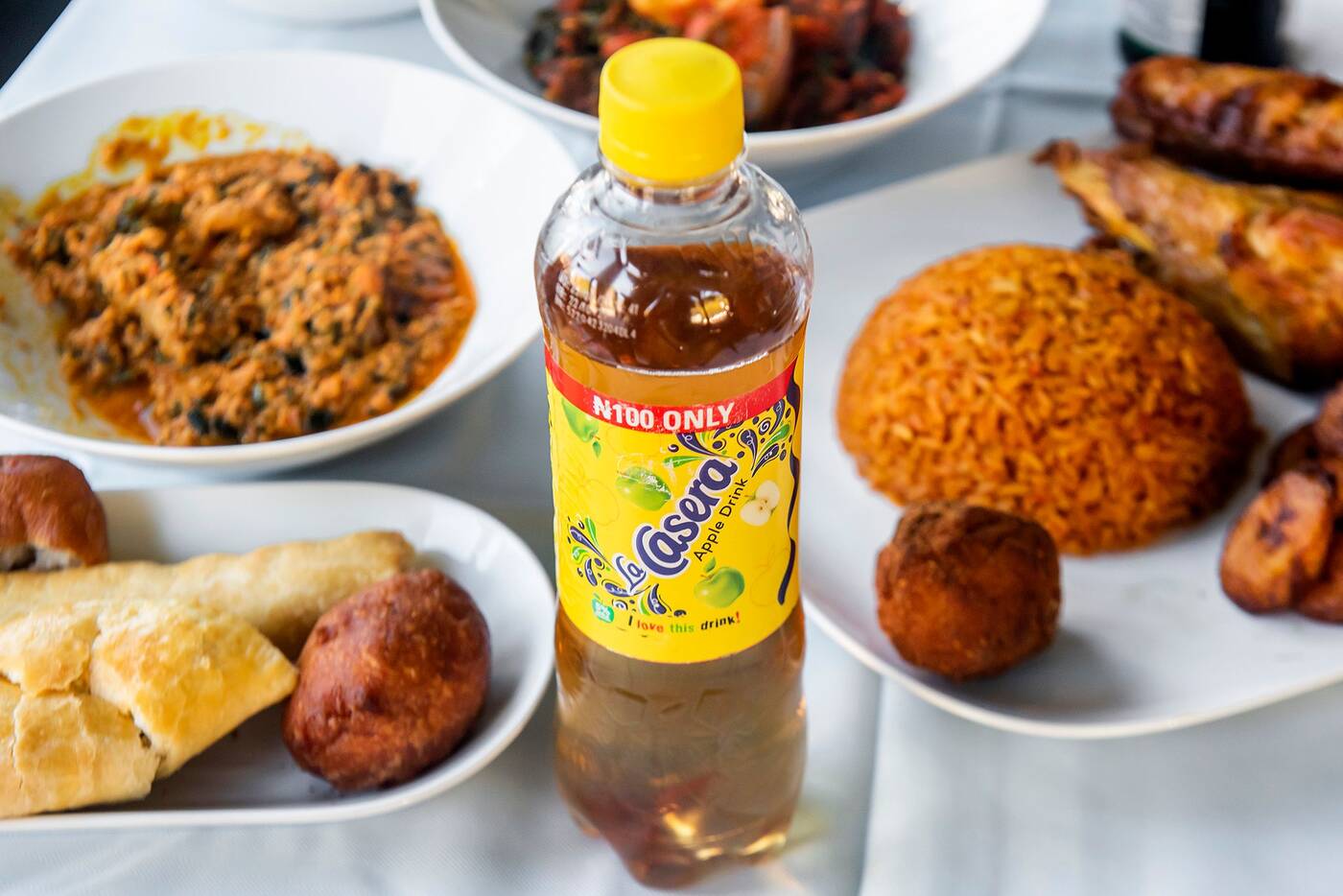 At The Benue, you can try out this popular drink that's sold in Nigeria, La Casera tastes like carbonated apple juice, and pairs really well with any of the savoury pastries or Jollof Rice that's served at The Benue. 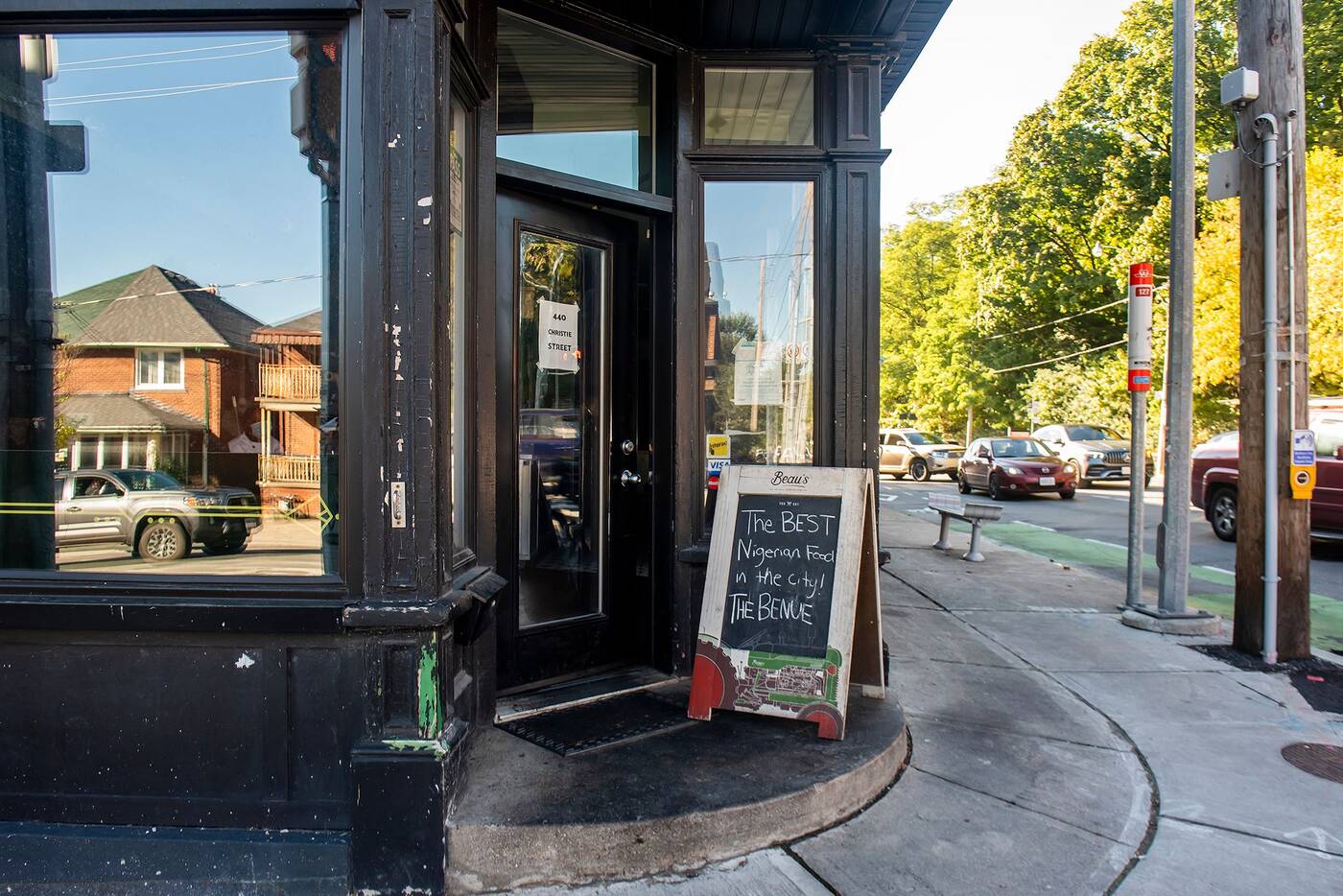 Before The Benue moved in, the corner building at Christie Street and Davenport Road was once home to Bob Coffee Bar.

Although they don't have any signage on the building yet, a sandwich board that says "The best Nigerian food in the city" sets The Benue a part at the busy intersection.