Bar Volo opened on the corner of Yonge and Dundonald in 1985 and, while it was initially an Italian-focused cafe, it has found a new life — and hit its stride — as the city's premier destination for beer fans.

Father and son team Ralph and Tomas Morana have essentially turned Bar Volo into the city's headquarters for all things beer. The bar features 125 different beers in bottles and 13 beers on tap--an ever-changing selection of unique craft beer--plus three taps pouring house ales brewed on-site in their own nano-brewery.

The bottles range from Quebecois selections to Belgian and Unibroue beers and American craft offerings.

Basically, if you're looking for a beer, it's probably here. 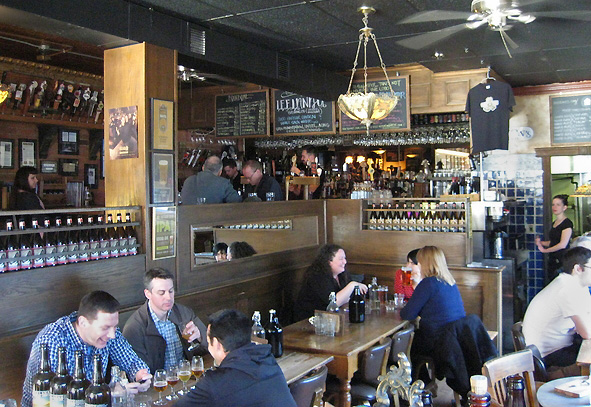 The decor at Volo lies somewhere between eclectic and rustic. There are a few remnants of the bygone Italian restaurant days (a lone, kitschy chandelier, for example), but the tables, chairs and benches are no-nonsense stained wood with some leather and the walls are adorned with myriad beer paraphernalia that just seems to continue accumulating. A wall devoted virtually entirely to prints for Beau's All Natural beers, for example, seems to be a new edition left behind after that brewer did a tap takeover there just recently.

The bar is quite small but far from being stuffy or uncomfortable, the atmosphere is decidedly laid-back; and if one were to find fault with Volo somewhere it would likely be here. They often run on a decidedly short staff and, while laid-back is a great vibe for a restaurant, it can be a tad frustrating from service staff when you're looking to order something to eat or your pint glass is empty again. 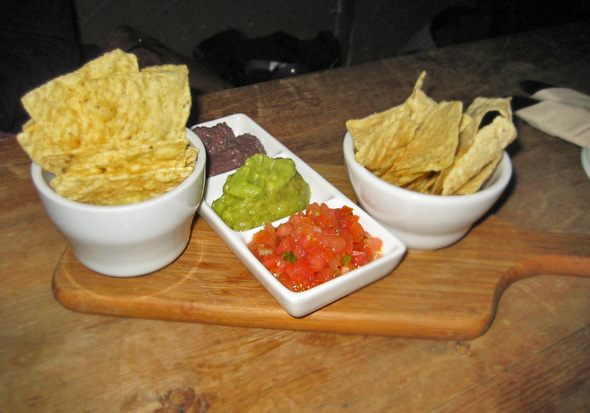 Bar Volo's menu is consistent with the relaxed vibe and these days, while there's still some vaguely Italian holdovers — soprasata ($10) and a caprese buffalo mozzarella, basil and tomato sandwich ($12) — the pizza and pastas have long since been replaced with beer-friendly snack boards and sandwiches that comprise the short menu.

As a person who could essentially live off cured meats and pickled things,I'm not an easy sell when it comes to meat platters and this one was great (full disclosure: I've had most of the meat platters available here before and I've never been disappointed). The accompanying mustard is perfectly spicy and crazy good, as are the olives and pickles--just don't eat that little red pepper that comes with them. Trust me.

Factor in that I washed it all down with a pint of Farmhouse Ale, the multi-layered and dry saison from new Toronto craft brewery Bellwoods Brewery and I was pretty content. 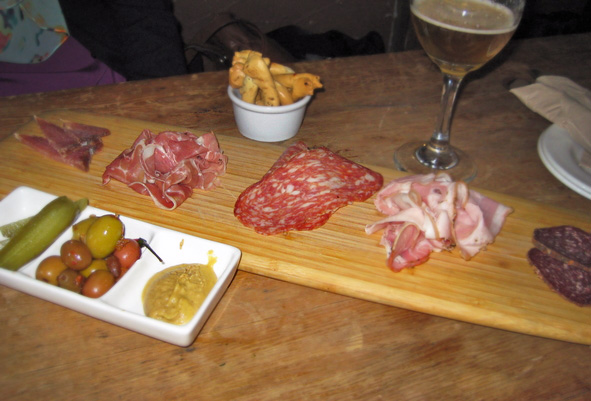 For main courses, my guest and I had the BLT ($12) and the bison burger ($16). The BLT, pictured, was everything you'd expect from a BLT, with crispy, double-smoked bacon, lettuce, and fresh tomatoes and was served with another portion of house pickles, fantastic homemade coleslaw and a probably-unnecessary-given-our-apps handful of nachos.

The camera-shy bison burger was served with the same accompaniments and was juicy and tasty enough to prompt revelations ("Wow. Apparently I really like bison?"). While it is usually served on brioche bun, this one came sans bun owing to my guest's gluten intolerance (and they knocked a buck of the price for it!) and was topped with pancetta, tangy buffalo cheese, lettuce and sweet roasted peppers.

With my meal I had a Great Lakes Radishe du Cheval because I love Great Lakes and had to try beer with horseradish in it. I was pleasantly surprised. The beer was predictably cloudy and (probably for the best), did not actually taste like horseradish but did have a nice spicy finish. My guest did not opt for a gluten-free beer (of which there are a few available) and instead had a Wapous cider from Prince Edward County which was sublty sour and sweet.

By the time we wrapped up, the place was starting to get full as is often the case as an after work crowd continues to trickle in on most weekdays (notably on Mondays when all pints are $5).

And while Bar Volo is almost certainly the best beer spot in the city, you don't need to be a beer fan to appreciate it — though an appreciation of the lengthy selection would help (as would a little patience). 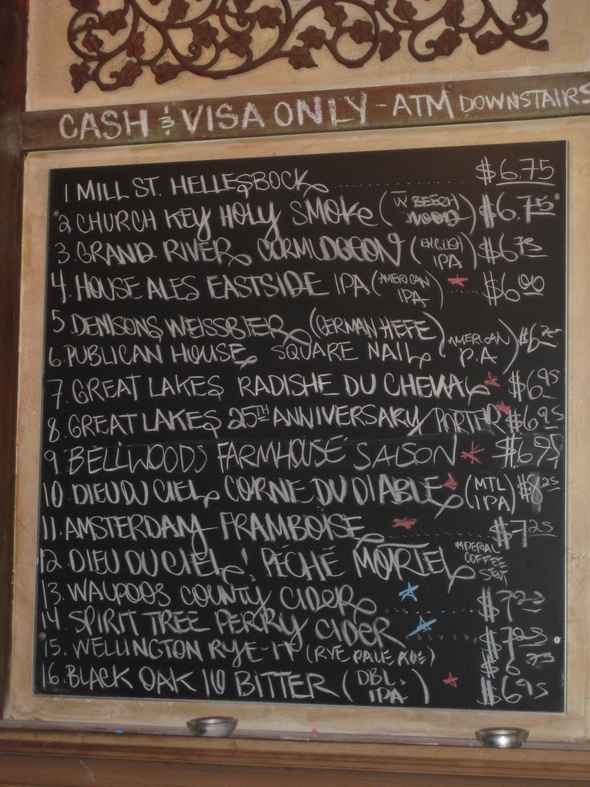