Barrio Coreano has moved from Bloor Street to 690 Euclid Ave. The below write-up is for the restaurant's original location.

Barrio Coreano is the fourth and latest addition to the Playa Cabana family of restaurants. As the name suggests, this new 75-seat concept is a mix of Mexican and Korean influences that nods towards its new digs on Bloor in Koreatown. 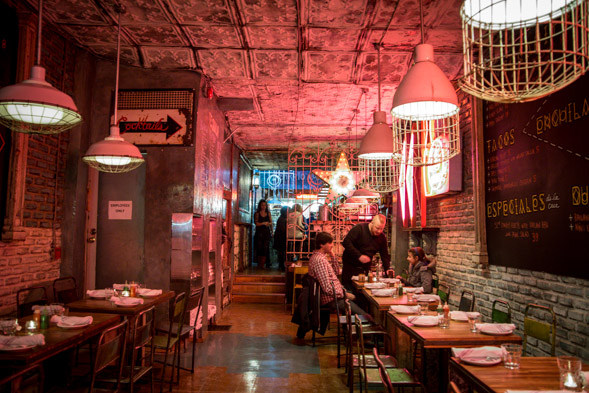 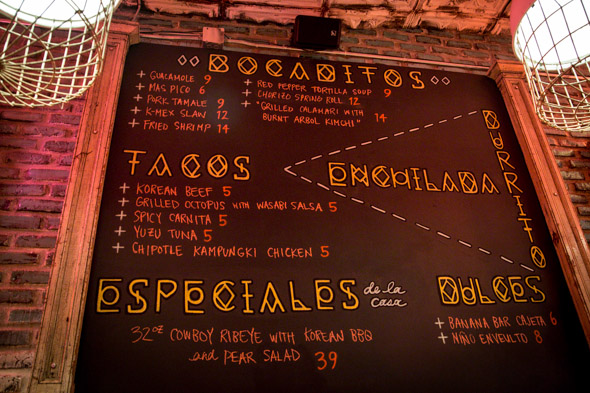 The menu, similar to its sibling restaurants specializes in small plates and sharable snacks. The fusion of flavours is not a first for Toronto, though it's one I'd especially like to see more of. Banh Mi Boys , Jang Bang (R.I.P) and even Grand Electric (who've credited their squid tacos with inspiration from Guu ) have all appropriated Asian flavours into this popular street food format. 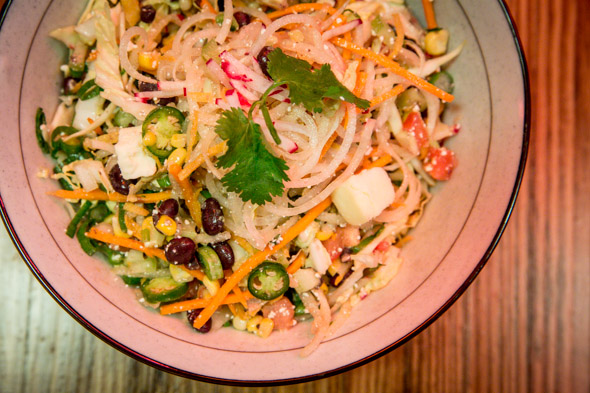 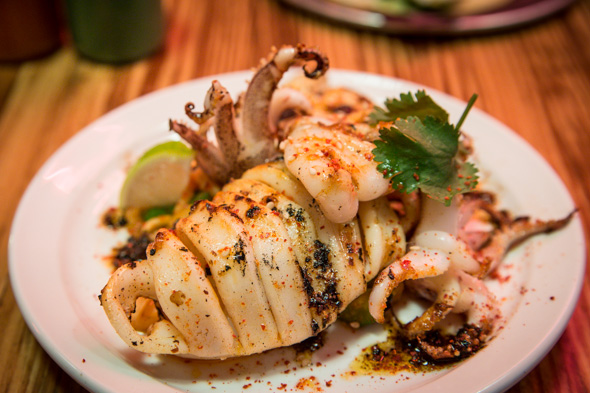 Up next, Grilled Calamari ($14) served over a vibrant kimchi'd cucumber and diced pear, specked with charred arbol chili pepper. 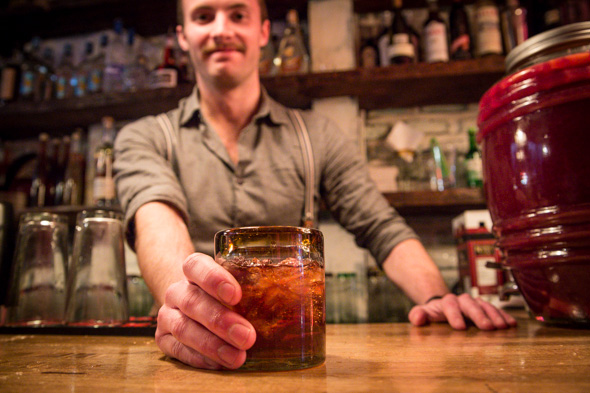 The bar slings cocktails like Soju Sangria ($8), Kimchi Sours ($9) and Goji Negronis ($9), the last of which is a blend of Tromba tequila, Campari and goji berry vermouth. The beer list ($6-$7) is abbreviated featuring half a dozen Mexican brands like DosXX, Tecate, Sol and Negra Modelo. 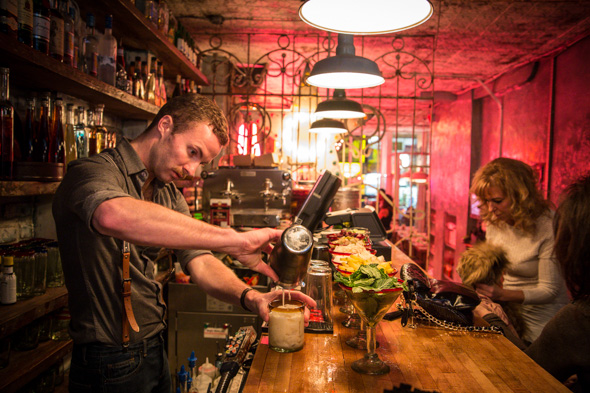 Barrio Coreano is open Tuesday through Sunday from 5pm. When packed, they'll send waiting diners to the newly opened Raika Bar around the corner. 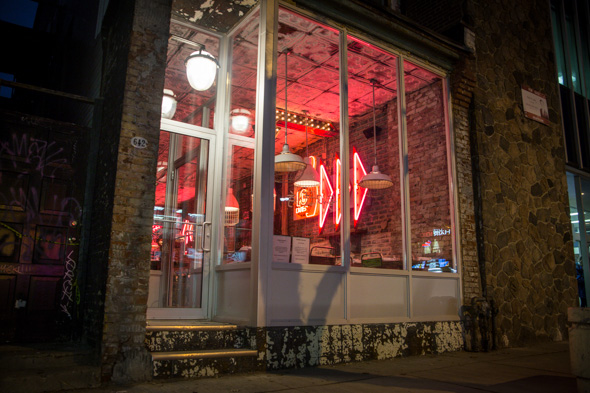