Bar Mar is a Peruvian- and Spanish-influenced tapas restaurant on Mount Pleasant. It's owned by half-brothers James Bailey and Ivan Tarazona, the latter of whom worked at the French spot Celestin that resided here for many years before. With his classical training, Ivan took over Celestin's kitchen for eight years (after working in it for a previous eight), but decided on a change.

Ivan was born in Lima, so going in a more Peruvian and Spanish direction made sense with the family's personality and heritage. James mans the bar, serving up delicious cocktails you'll be eager to sip as you munch on the delicate tapas here. 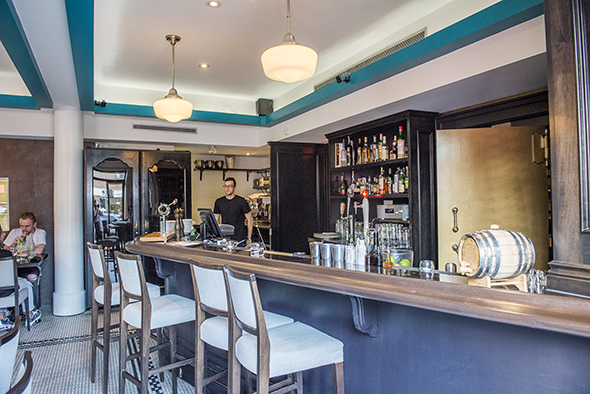 The building where Celestin and now Bar Mar have made their home was actually a bank in the 1920s, with the vaults to prove it. They actually store their wine and spirits in vaults which only James has the combination to. This is a great, romantic Toronto room that could have crumbled to ruin in less careful hands, but instead attains an updated yet classic feel. 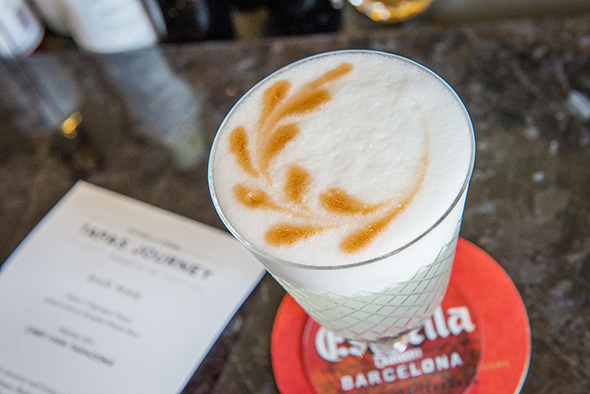 A lot of cocktails here are made with pisco, the national drink of Peru. It's a more raw spirit, more like grappa than a refined bourbon, ideal for mixing. We try a pisco sour, triple shaken with citrus and then, to make it a sour, layered with whipped egg white. James's own bitters top it off, and the cocktail art atop each drink is unique every time. 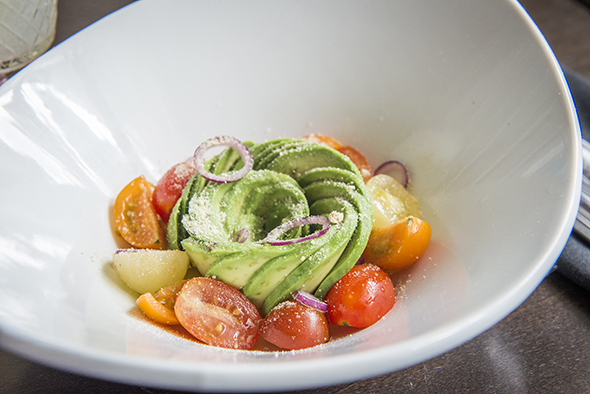 We start with the tomato avocado salad ($9). It's made with fresh, teeny Ontario tomatoes that rest on top of a tomato water gel, which is made by pureeing the tomatoes, separating the pulp and water, and then letting the tomatoes' natural pectin solidify it. It's dusted with a freeze-dried lemon powder that's surprisingly salty though not overwhelming. 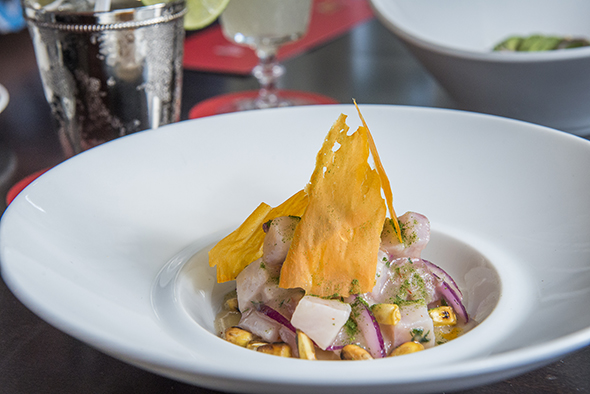 The next dish is a take on traditional Peruvian ceviche. It's Mediterranean sea bream cured in lime juice, salt, ginger, garlic, and Aji Amarillo (a chili used often in Peruvian cooking). This version replaces the usual boiled sweet potato with dehydrated chips, but still includes traditional dried toasted Peruvian corn which never gets soggy in the ceviche. 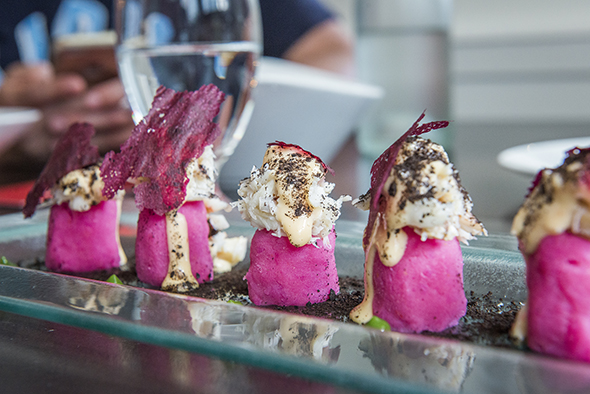 Our last dish is as stunning visually as it is inventive and tasty, the crab causa. It's shredded, Dungeness crab atop potatoes whipped with beets and lime until they're dense and a sensational hot pink. 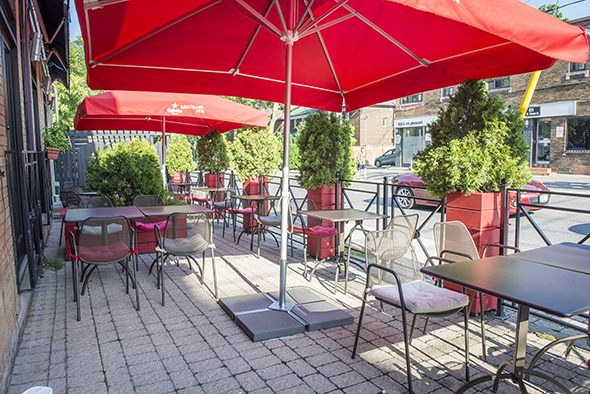 They've also got a side patio that can seat up to thirty. 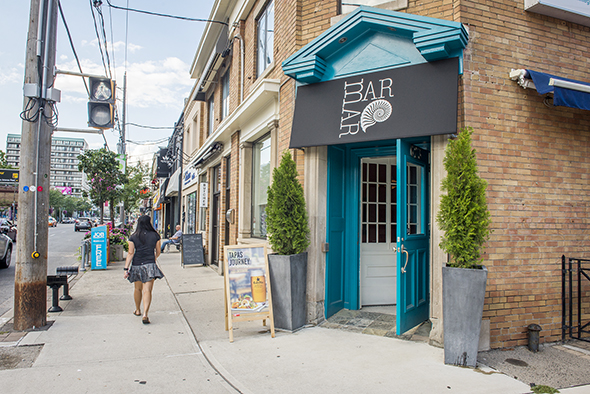