Awai is a vegan dining destination owned by Nathan Isberg who previously brought to Toronto its first PWYC restaurant.

Servers’ wages are included in the menu prices and gratuity is not necessary here, not surprising from a chef that’s been known to serve cricket charcuterie and ditch menus altogether. 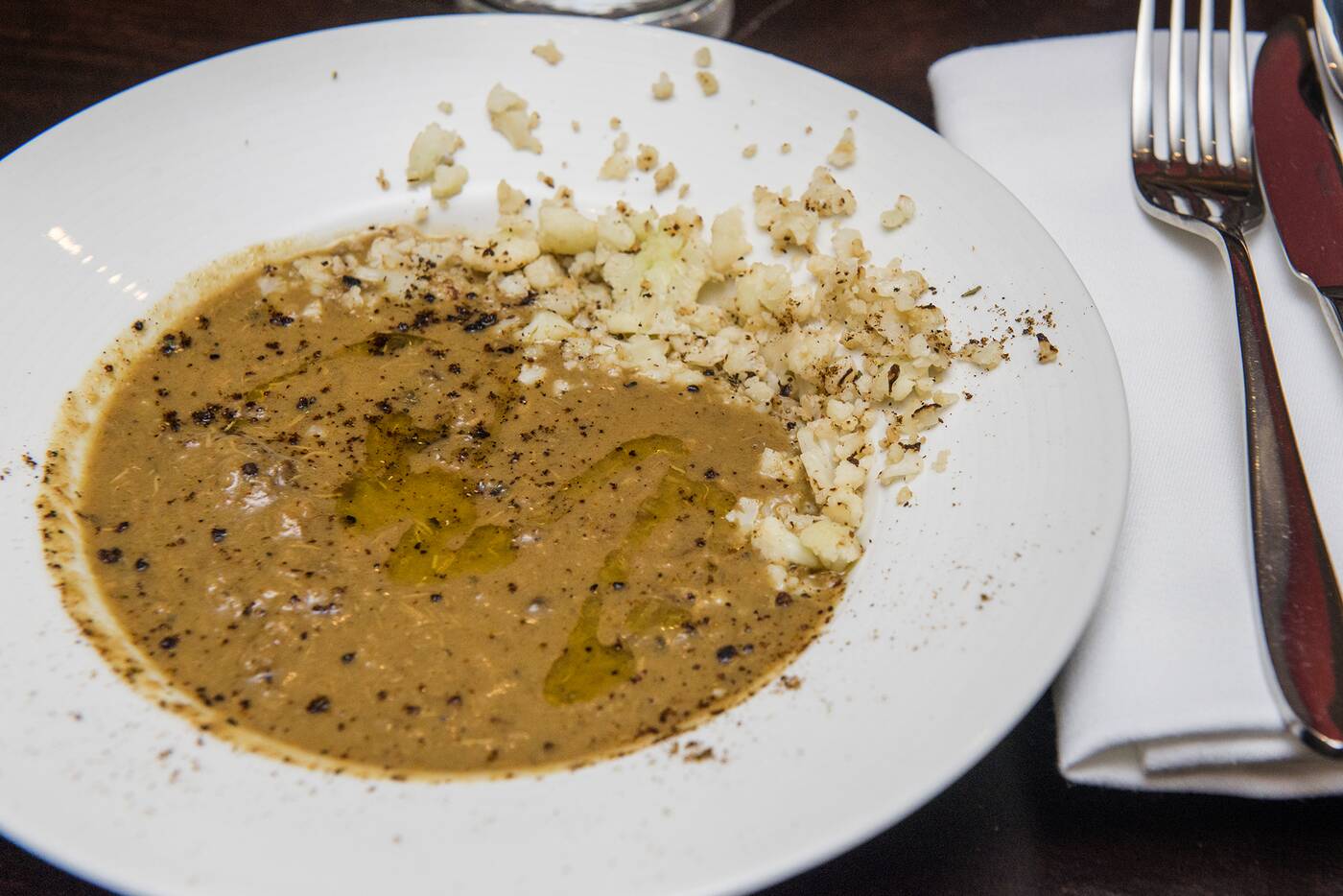 For a starter we get the porcini soup ($12) with a cauliflower crumble that for skeptical non-vegans could resemble bread crumbs, which packs a fair bit of spice from a mountain pepper jerk. Mountain pepper is a kind of shrub native to the rainforests of Australia, and the jerk has a gradual and very flavourful heat. 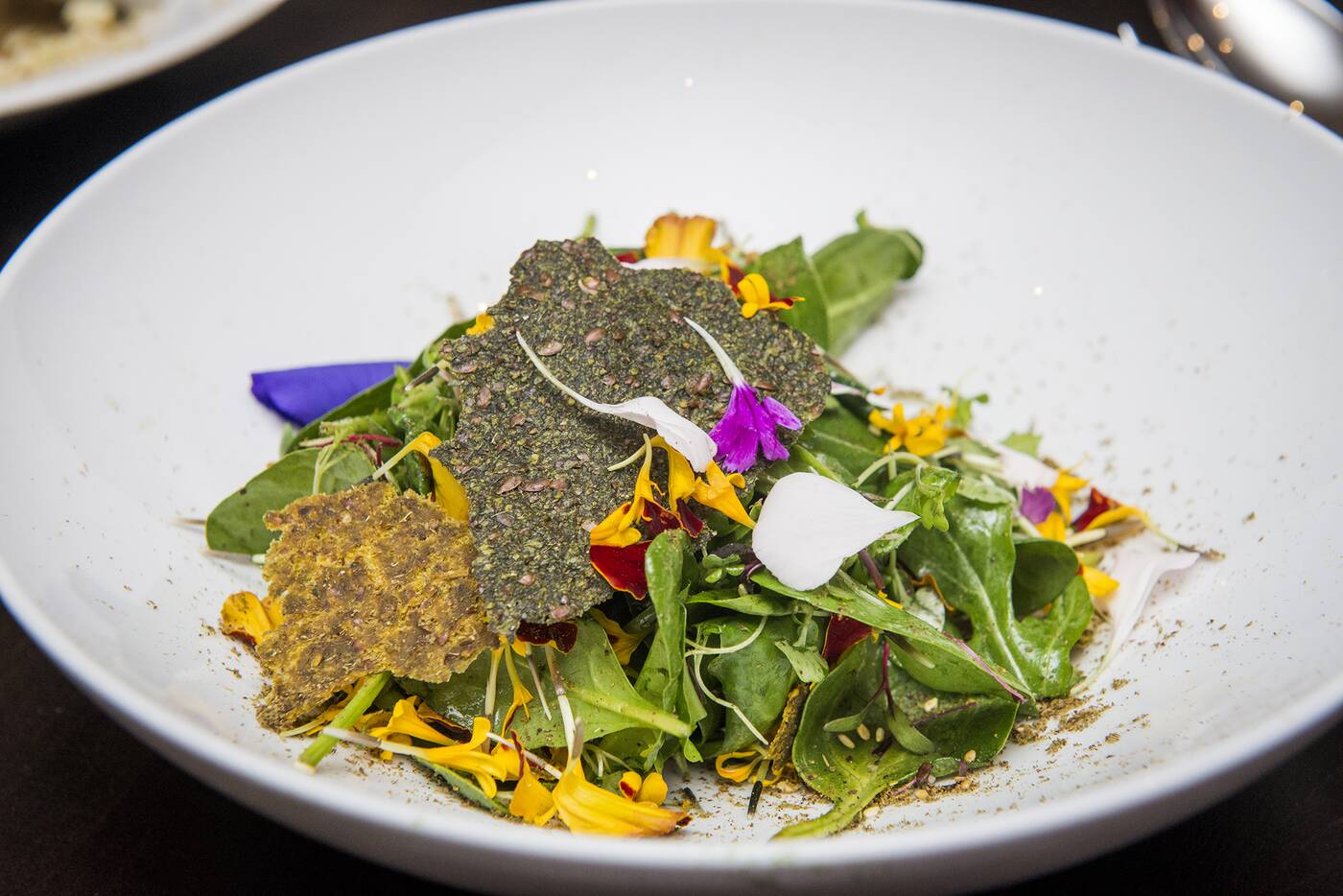 In the seedling salad ($13), seedlings and flowers are dressed simply with argan oil, cider vinegar, and a za’atar that creeps up on you kind of like the jerk and lends an edge to the pure, bitter green flavour of the leaves. There’s a crunchy flax chip on top. 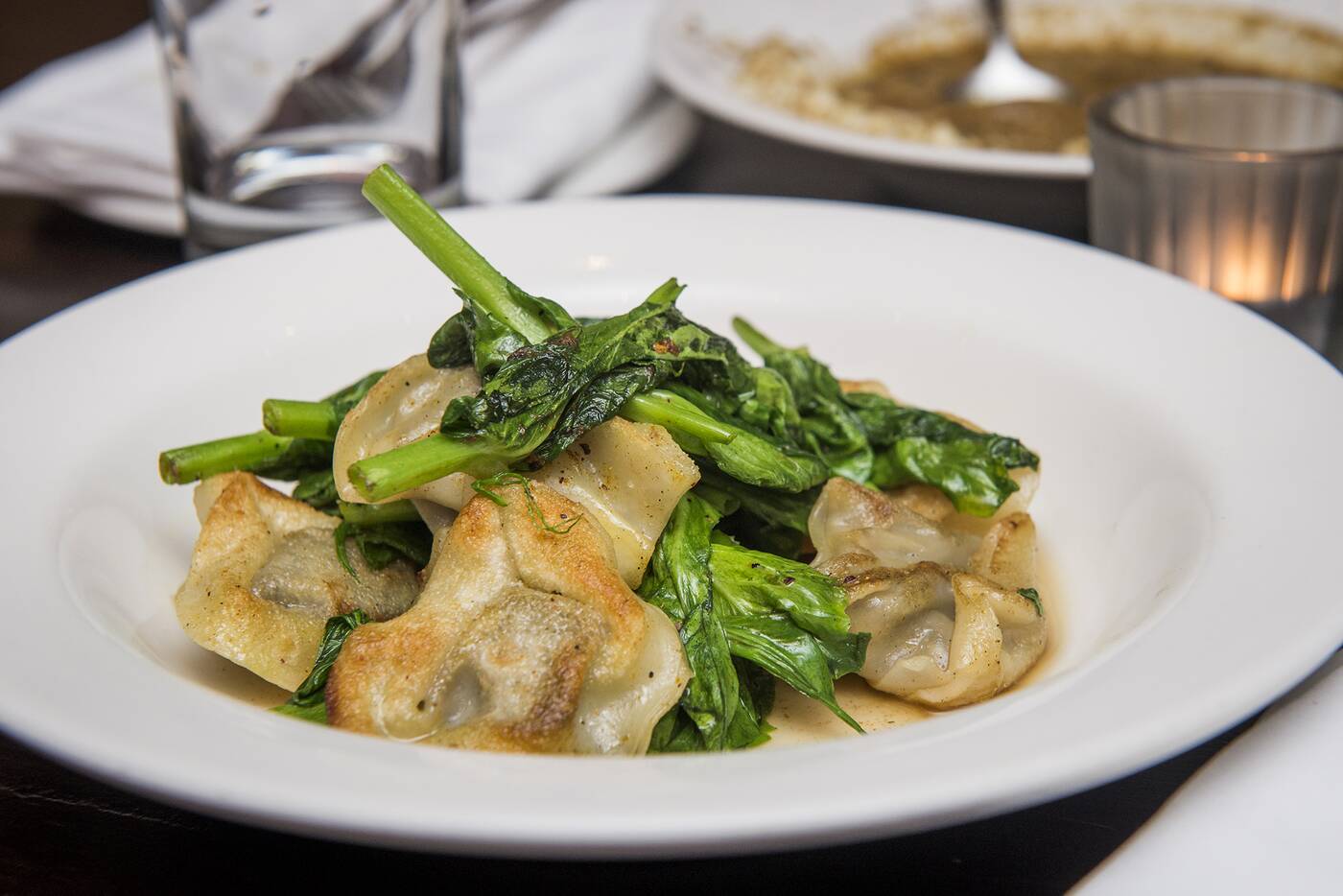 Heartier but still mostly green are the artichoke barigoule ravioli ($19) on a steamy heap of wilted snow pea tips that again offer a very green, clear flavour, but this time it’s balanced a bit more by the tasty, slightly oily, almost gyoza-like dumpling. 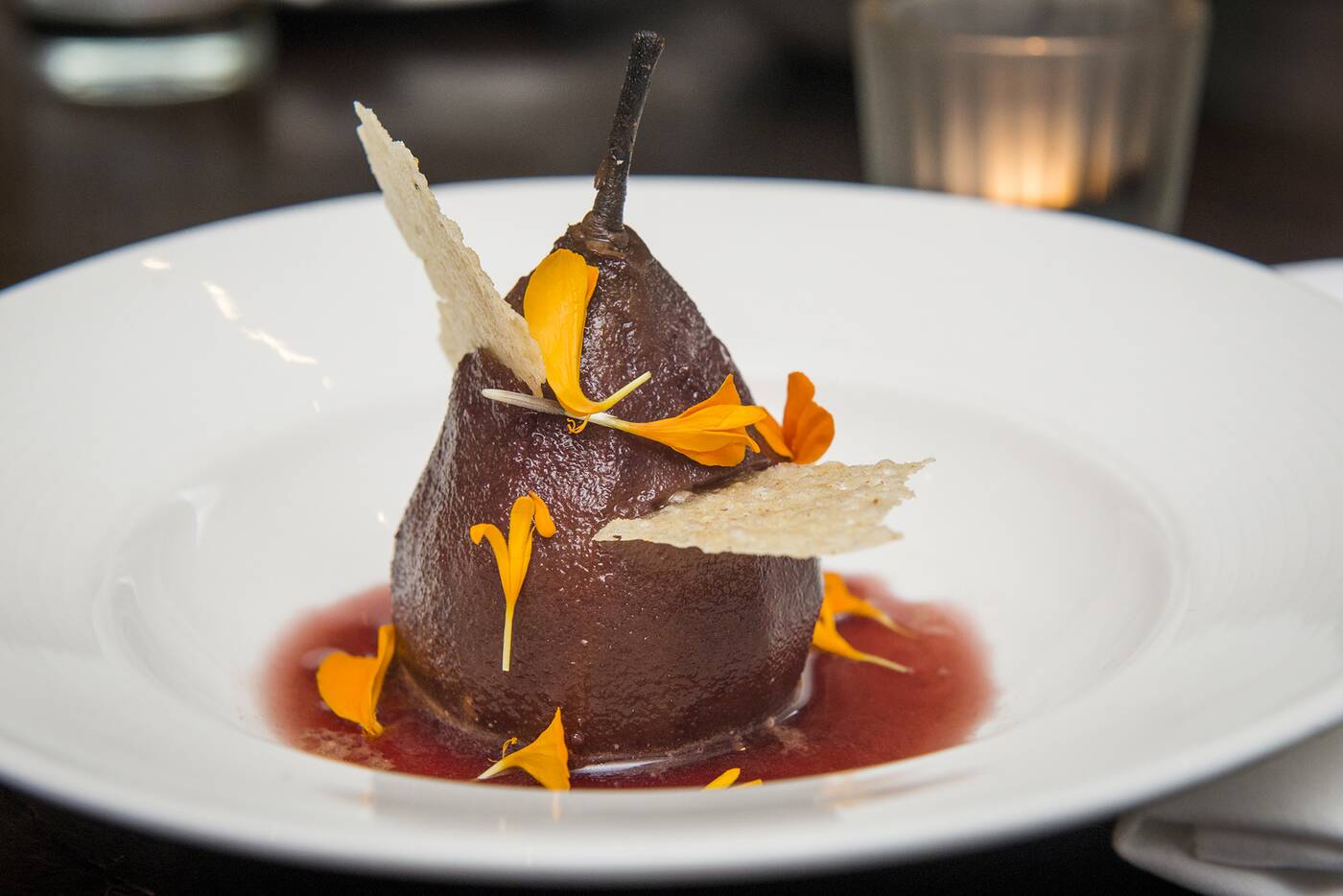 Our dessert is a stunner, a wine poached pear ($12) with chocolate garnished with petals and tiny sweet wafers. It has a light chocolatey taste, but it’s very booze forward. 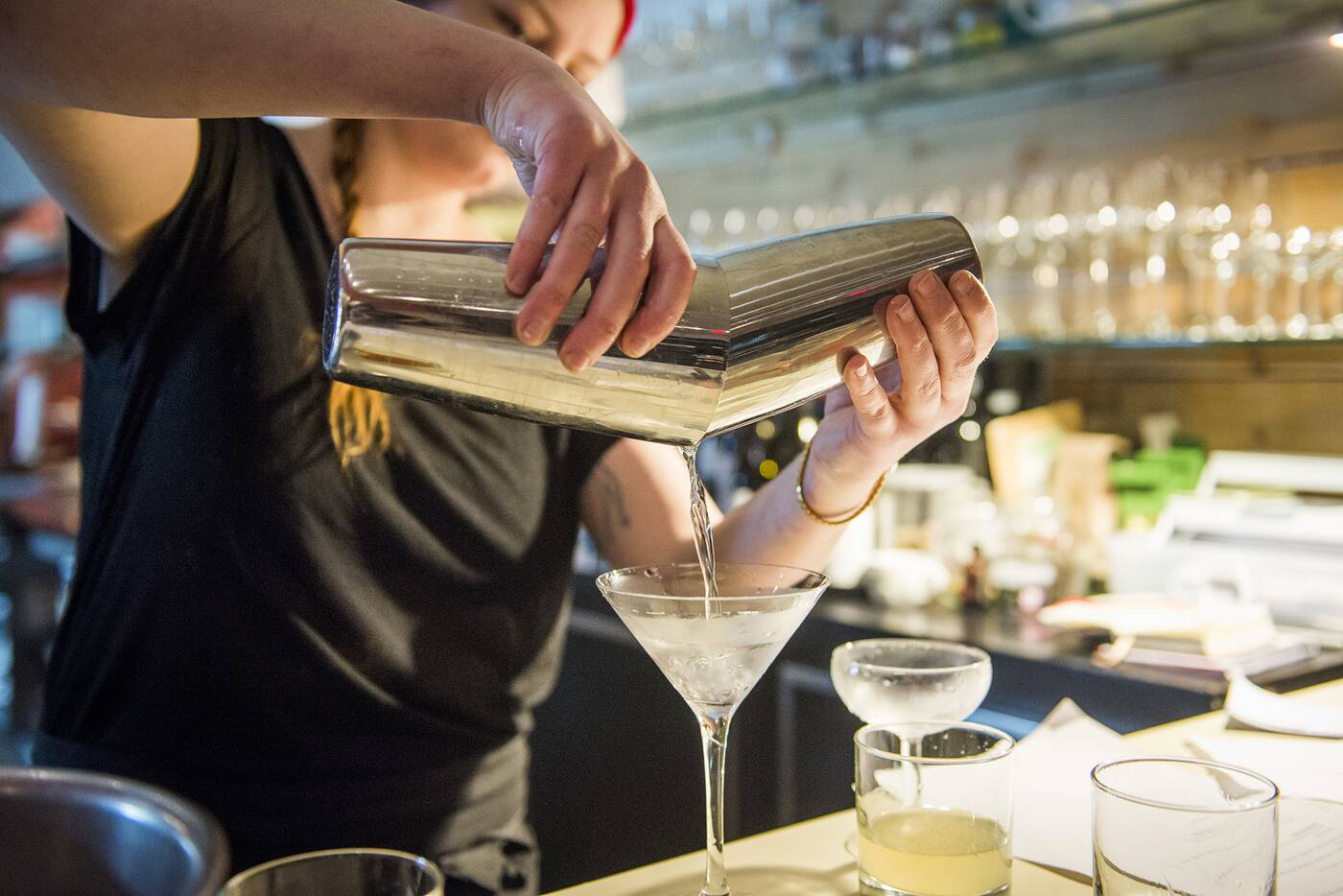 The cocktails ($14) feature ingredients like golden beet juice and kombucha with names like Treasure and Road Apples. In conceding to the creation of a menu at all, it seems Isberg has deigned to put his own personal spin on it, describing one wine: “a man in a crisp suit drives through the fog.” 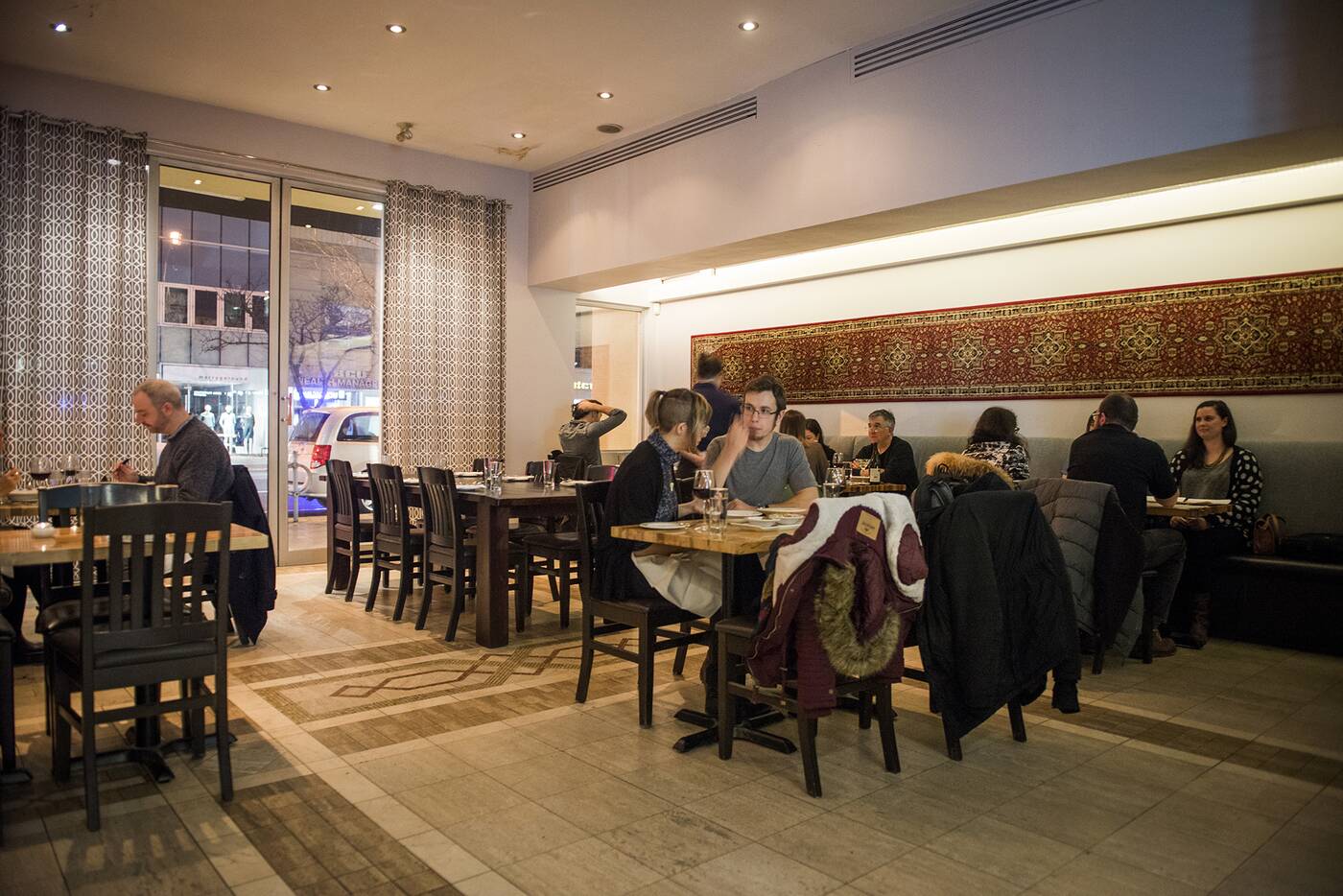 There’s a spacious front area with far-apart tables and high ceilings at the front. The place is hushed and dim except for the roaring fire billowing in the pizza oven. 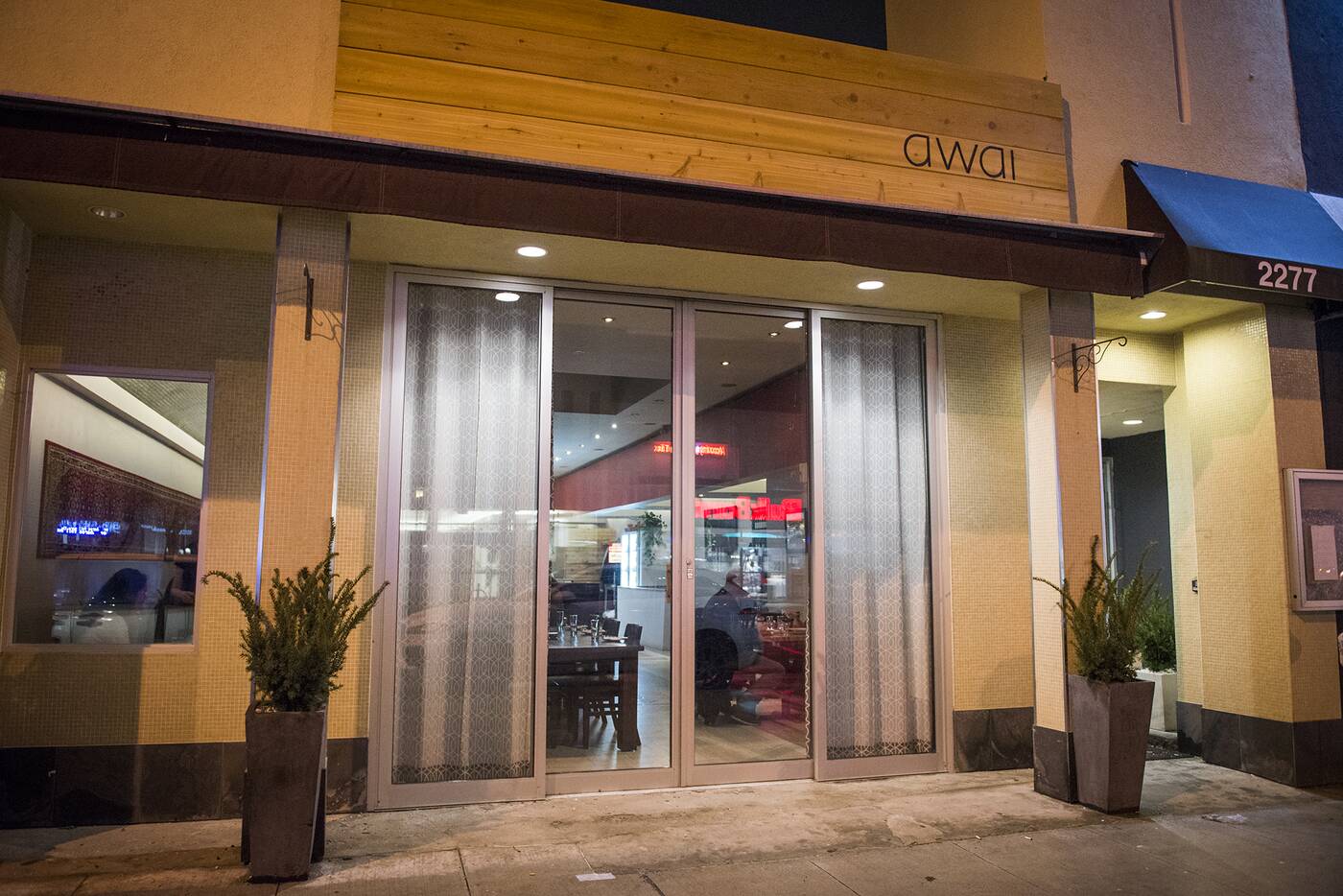