Aleppo Kebab is currently open but their offerings and services may be affected due to the pandemic. Please contact the business directly for more information about any changes. Is this your business? Please contact us if you would like to update this message. 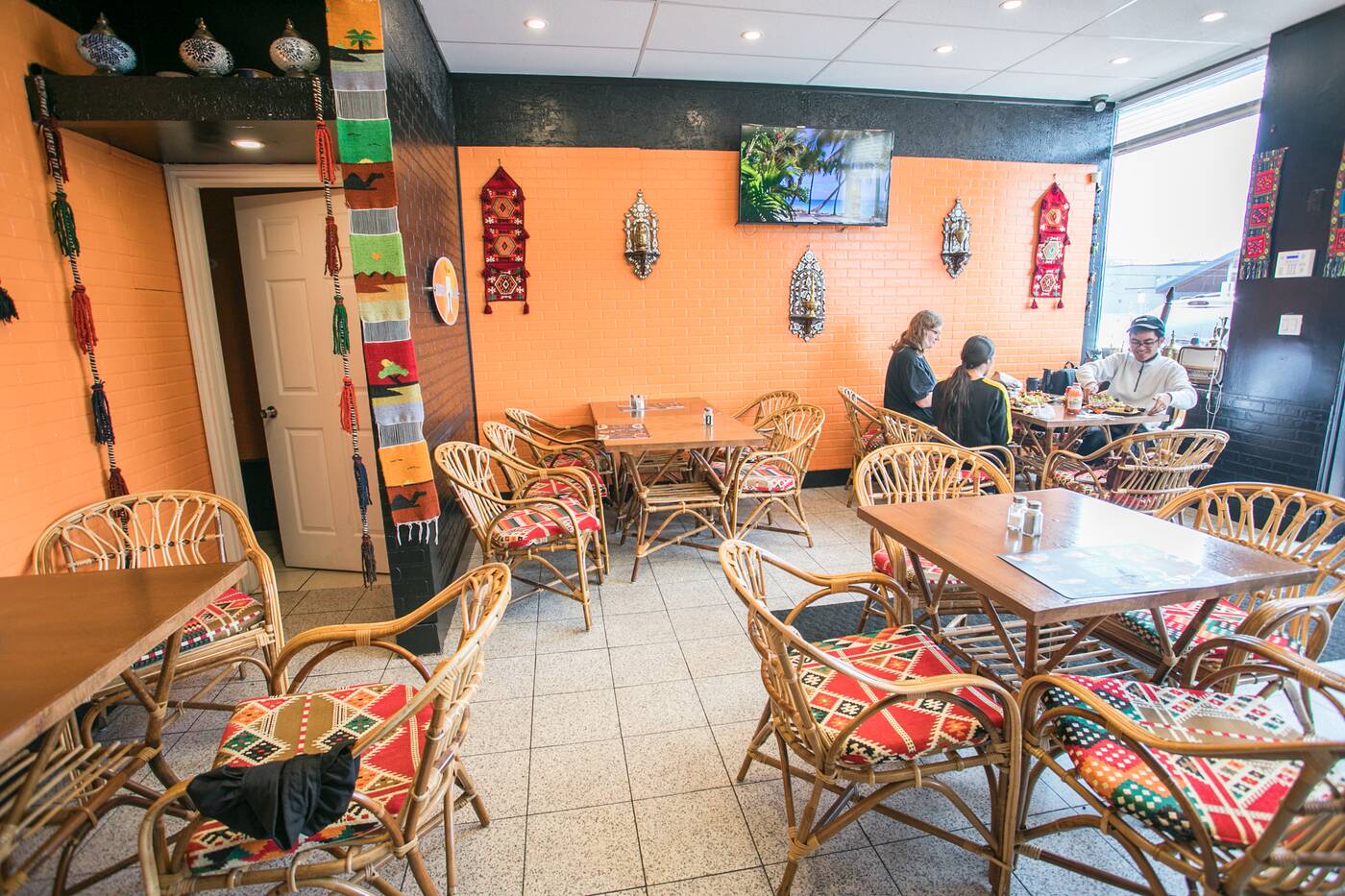 The space is decked out in orange, which they tell me stands for action and power in Syria, with antiques like a hundred-year-old radio providing decoration. 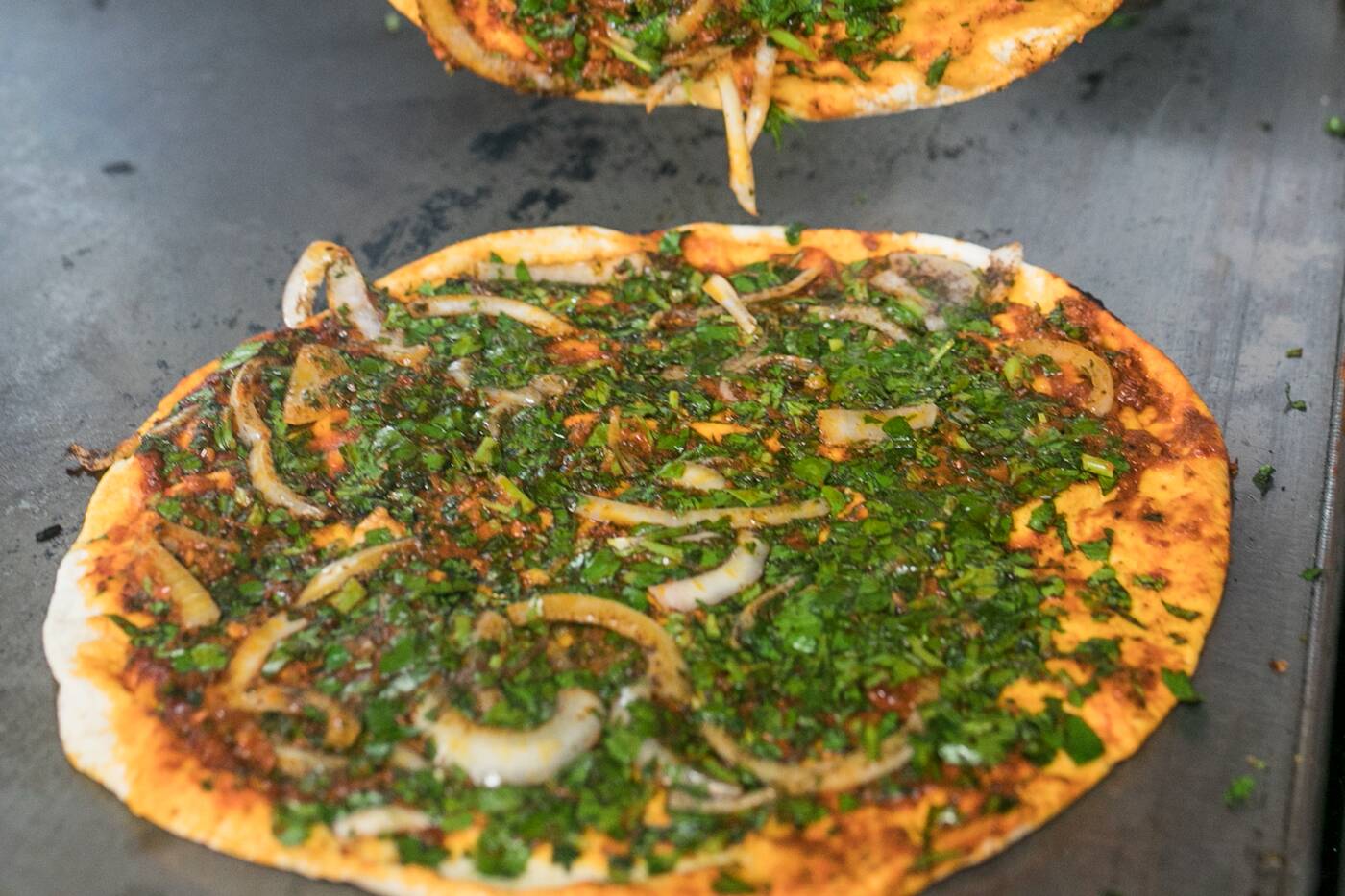 Most everything is accompanied by a spicy bread topped with tomato, onion, parsley and sumac that’s perfect for ripping, dipping, folding and using as a utensil. 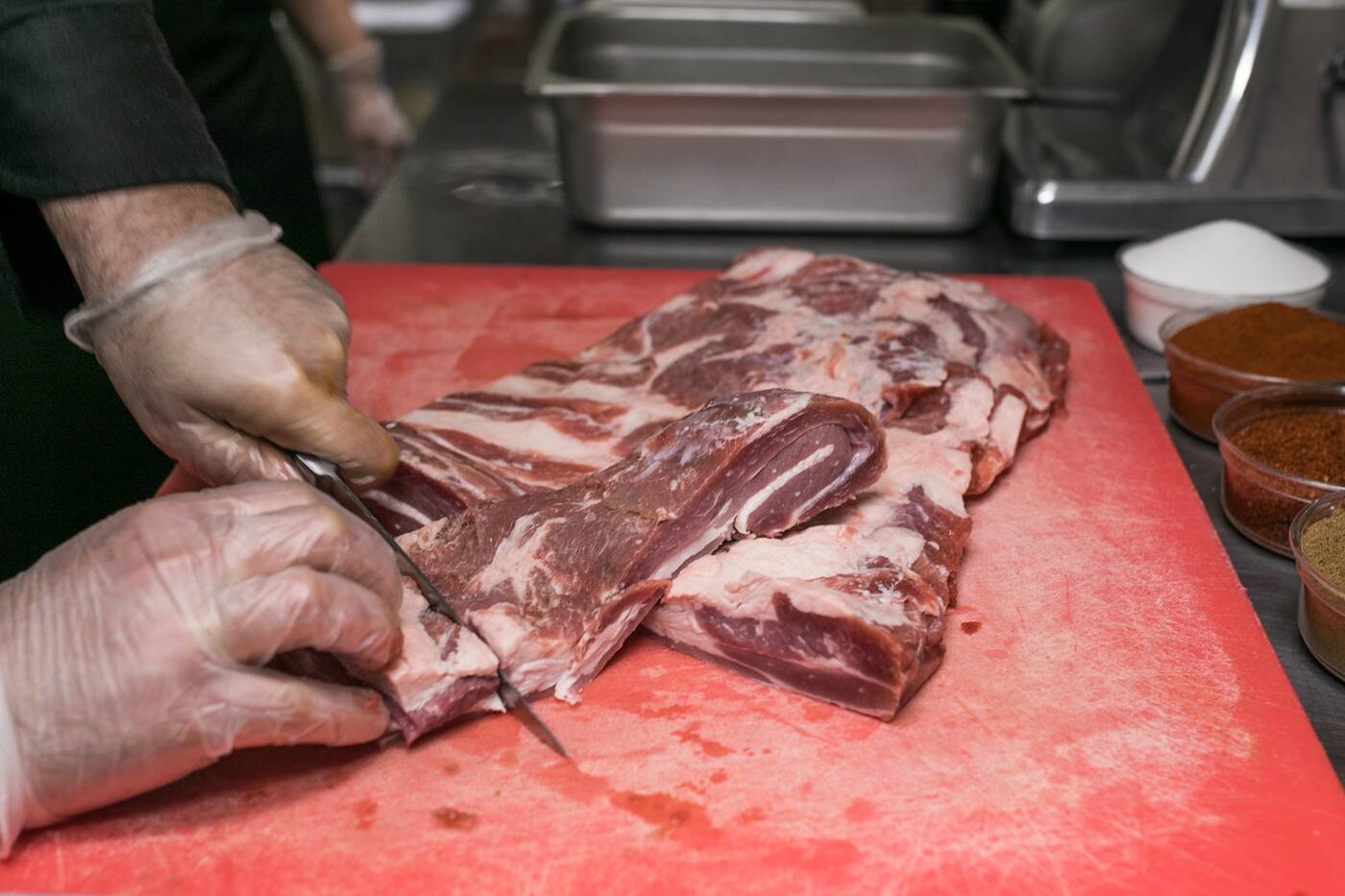 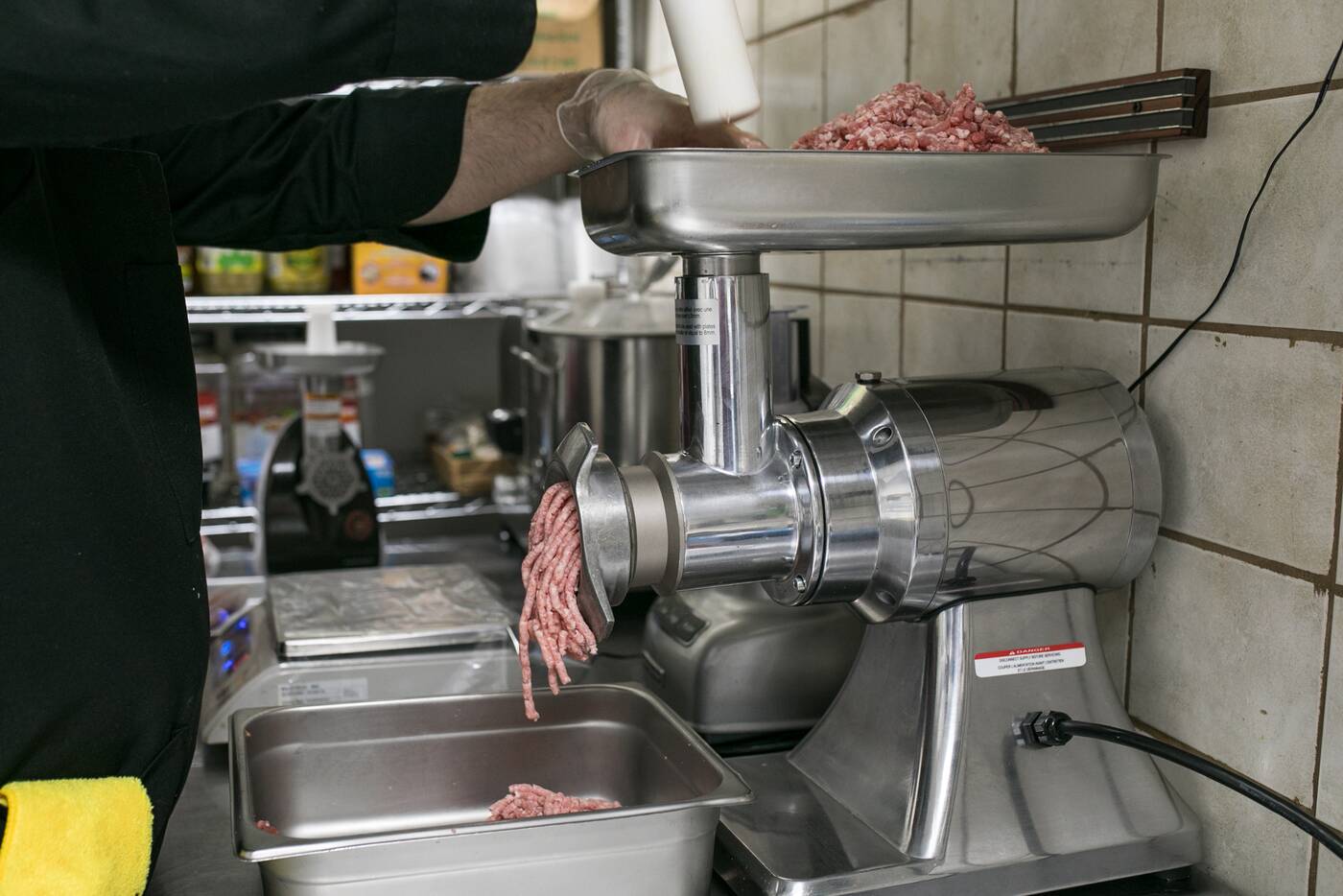 This includes grinding all meats in house. 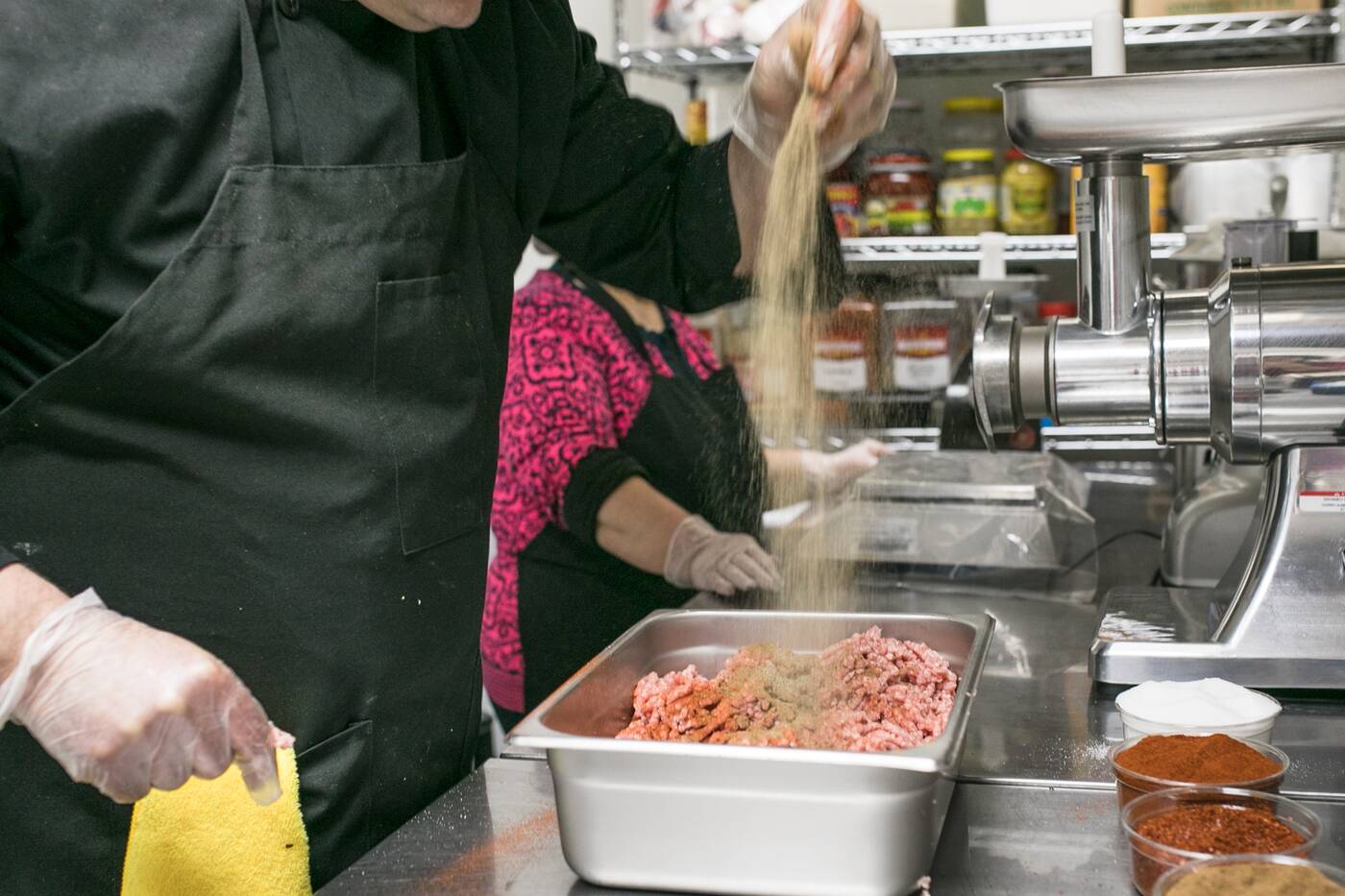 From there, meats are seasoned with imported spices. 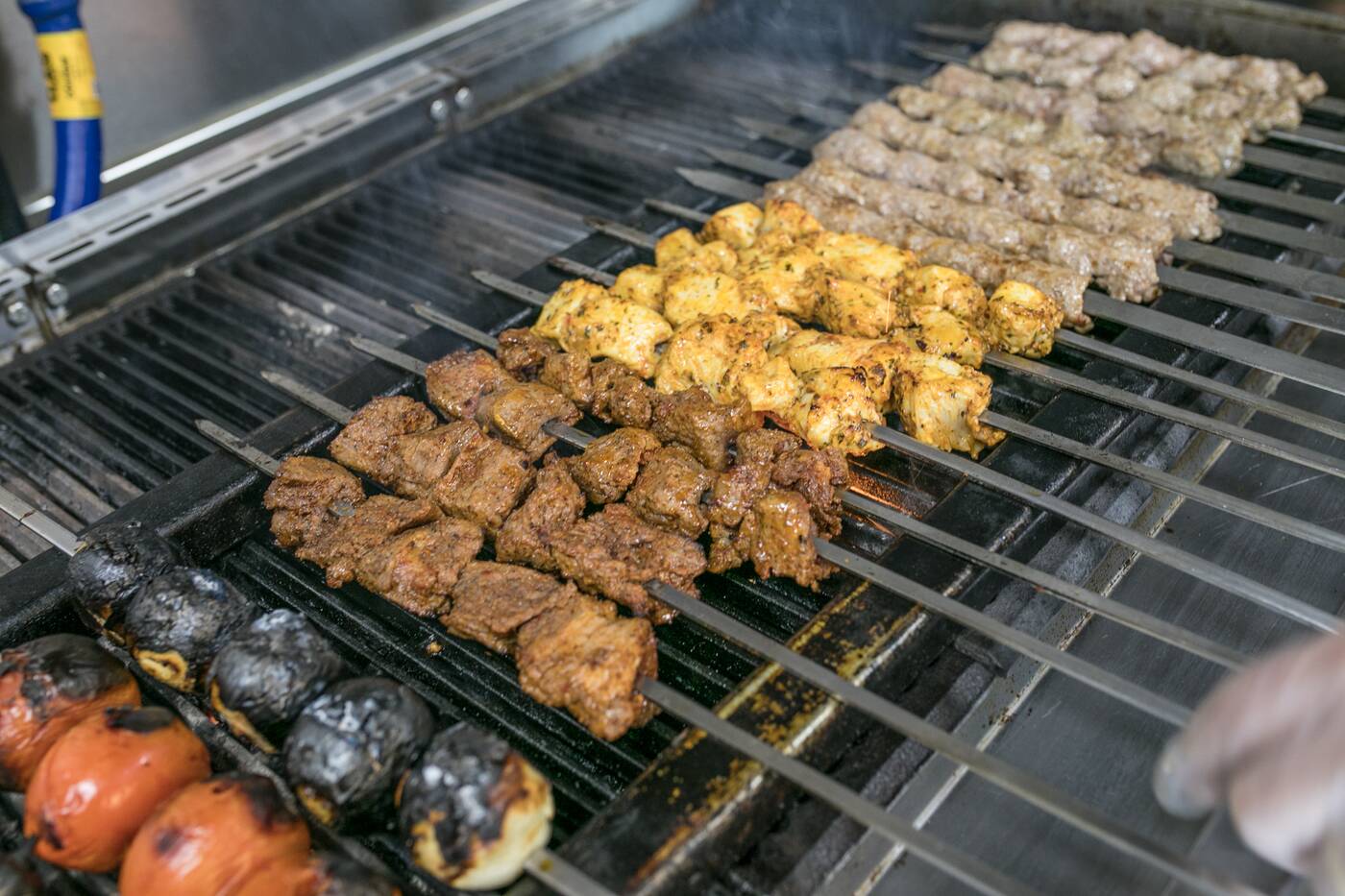 Cooking over lava stone gives the kebabs a particular flavour, grilled for eight to ten minutes with an attentive flip roughly every thirty seconds for evenness and fervent fanning to keep the heat on the kebabs. 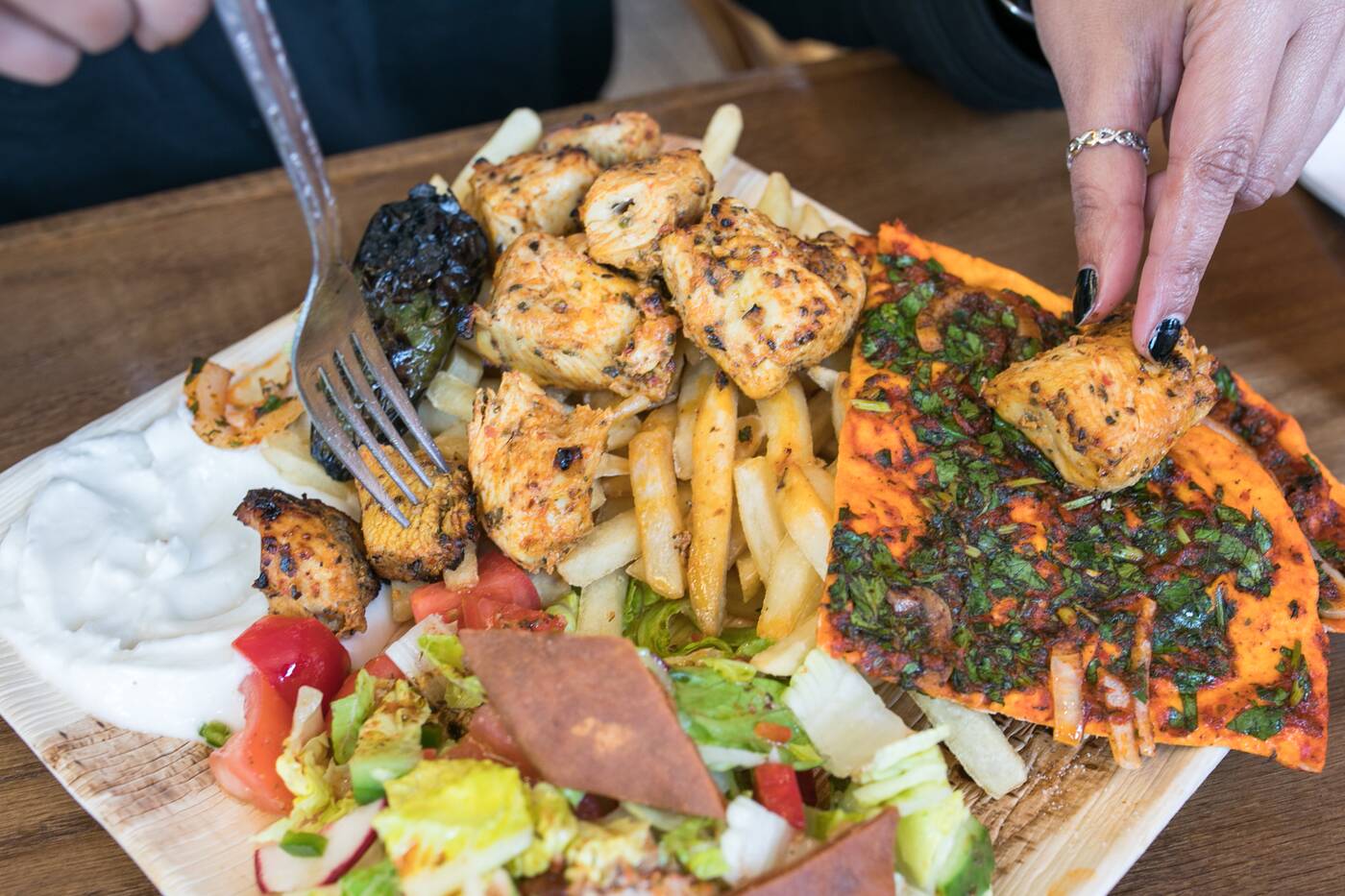 A shish taouk plate ($13.99) proves this, the generous cubes of meat juicy and smoky. 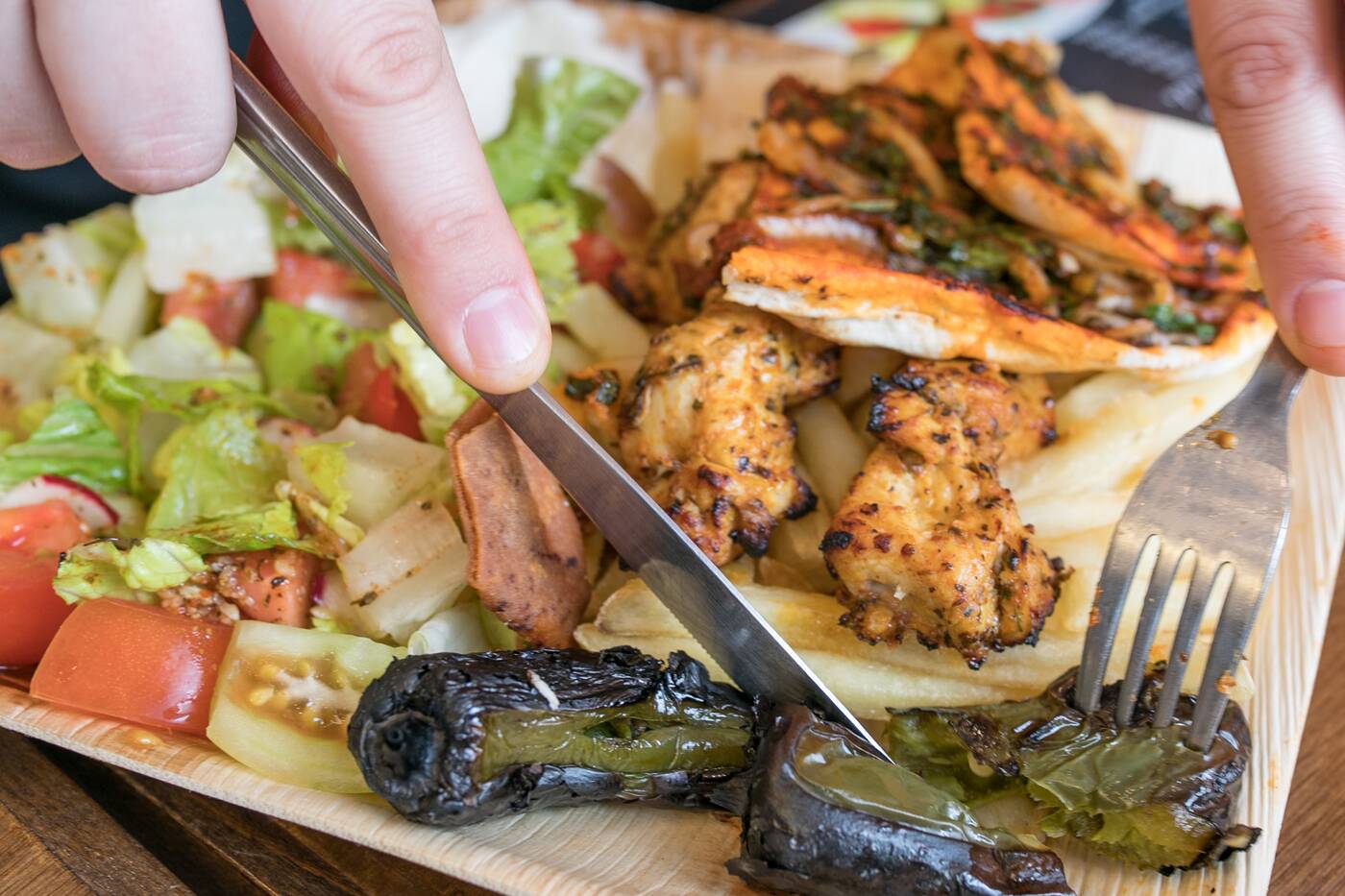 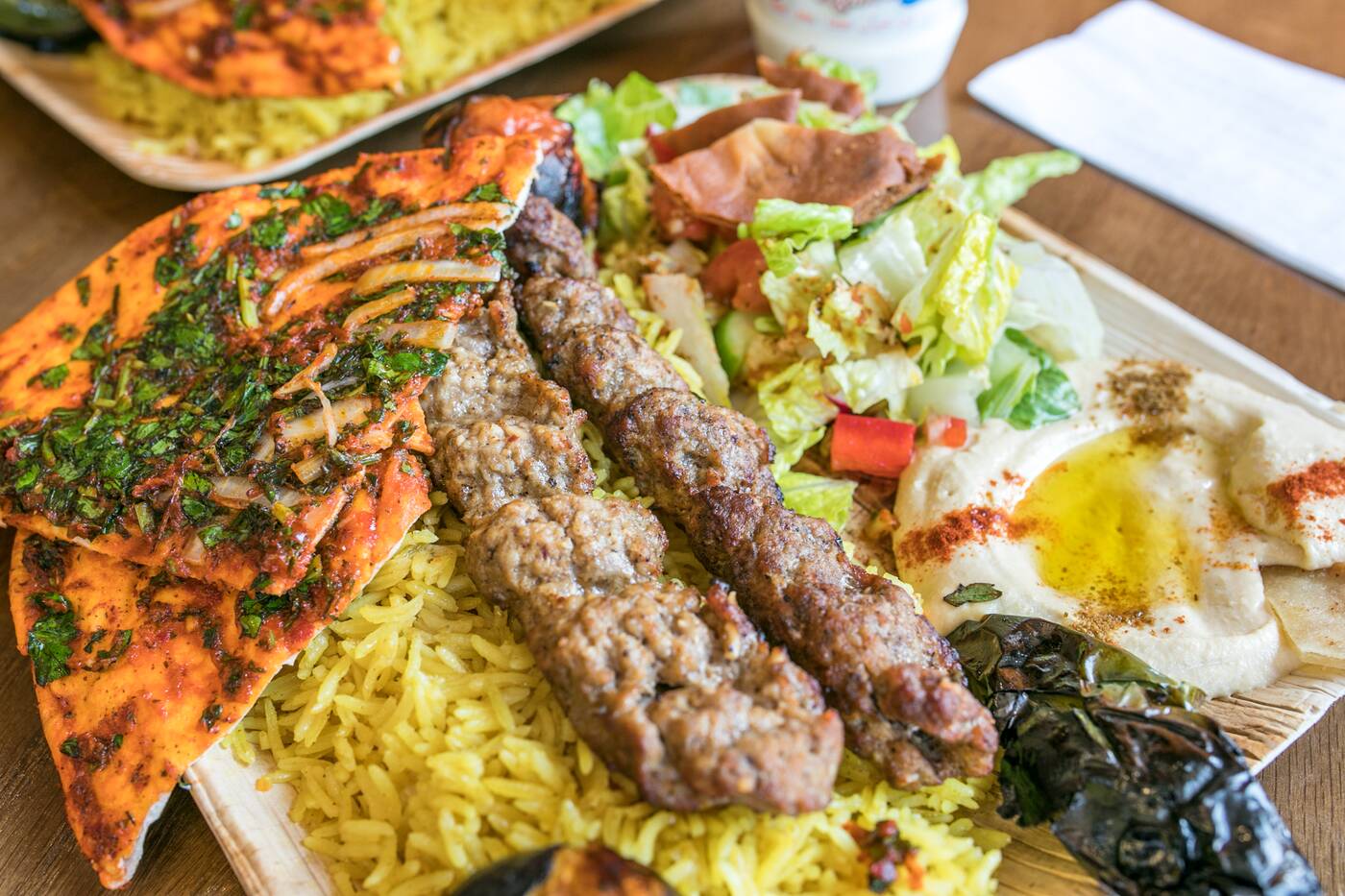 The Aleppo kebab ($13.99 with a plate) is ground veal, a tender foundation for the silky house hummus beef dishes are always served with. 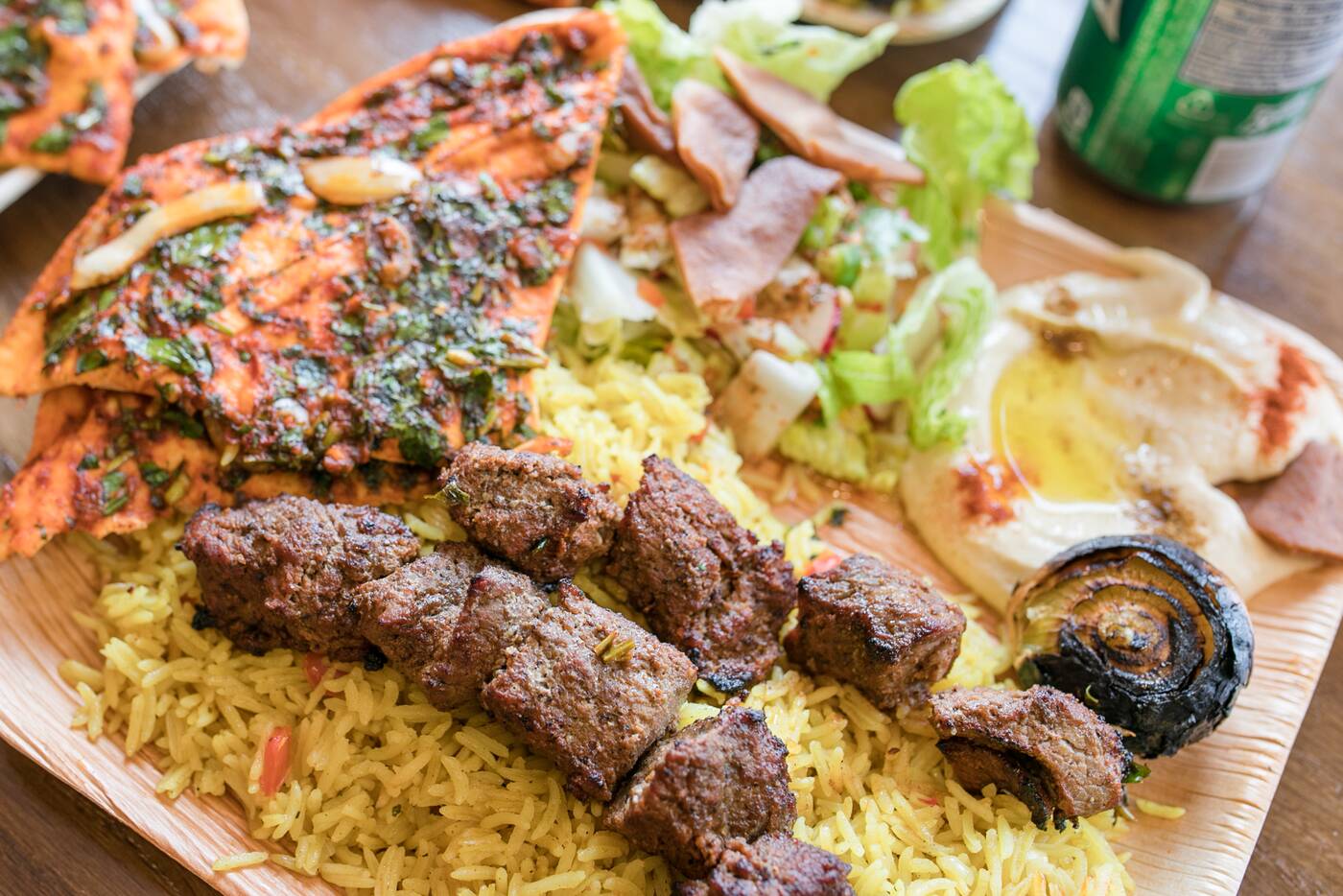 Beef cubes ($16.99 as a plate) are denser with more of a warm spice flavour, made using a choice cut of veal, the striploin. 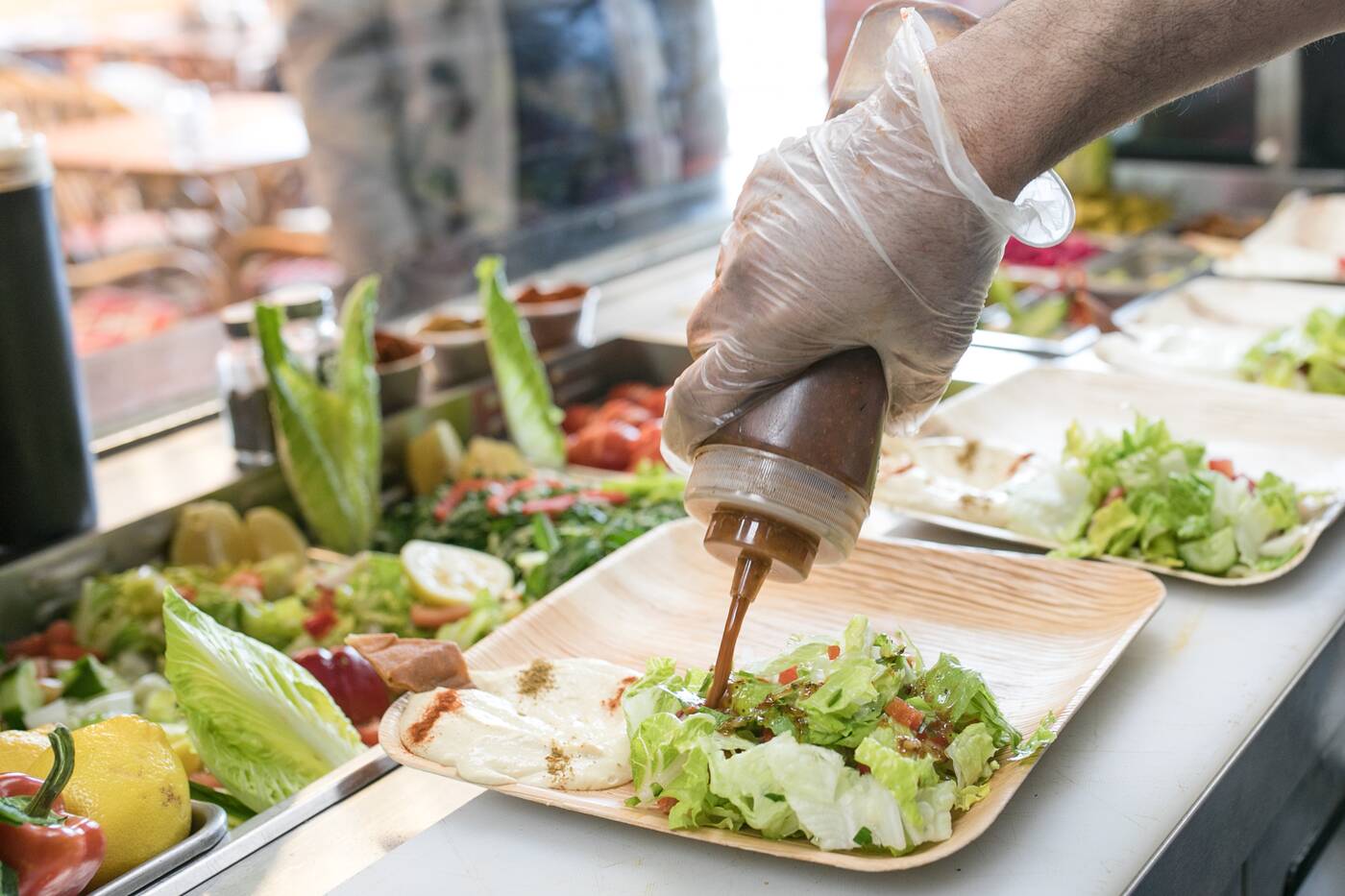 The side fattoush salads aren’t messing around either, fried pita chips crispy, and a dressing of mint, cumin, olive oil, lemon, salt and paprika homemade. 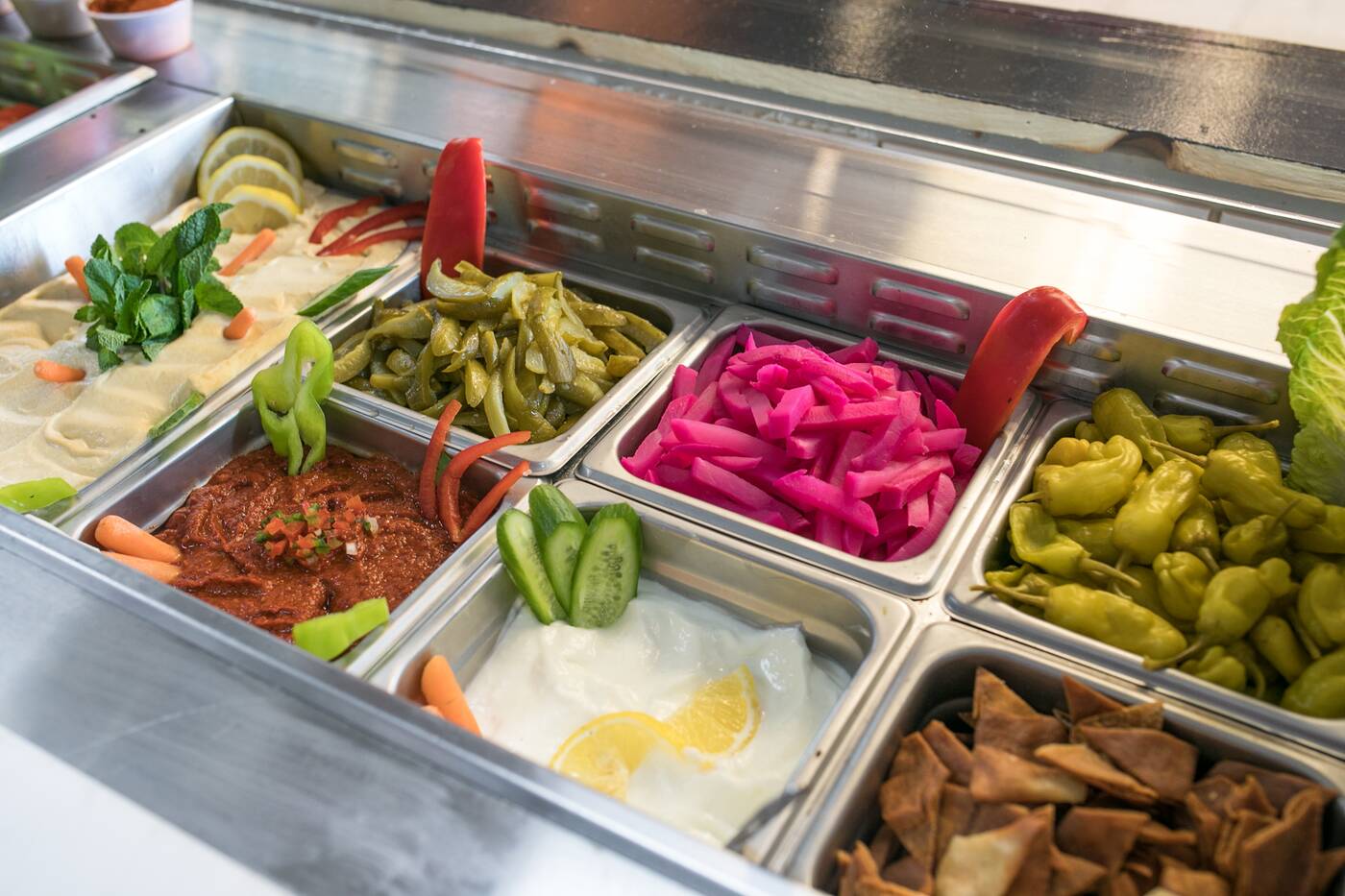 Aleppo Kebab also does sandwiches along with hot and cold maza like kibbeh, muhammara, baba ghanouj and sujuk rolls. 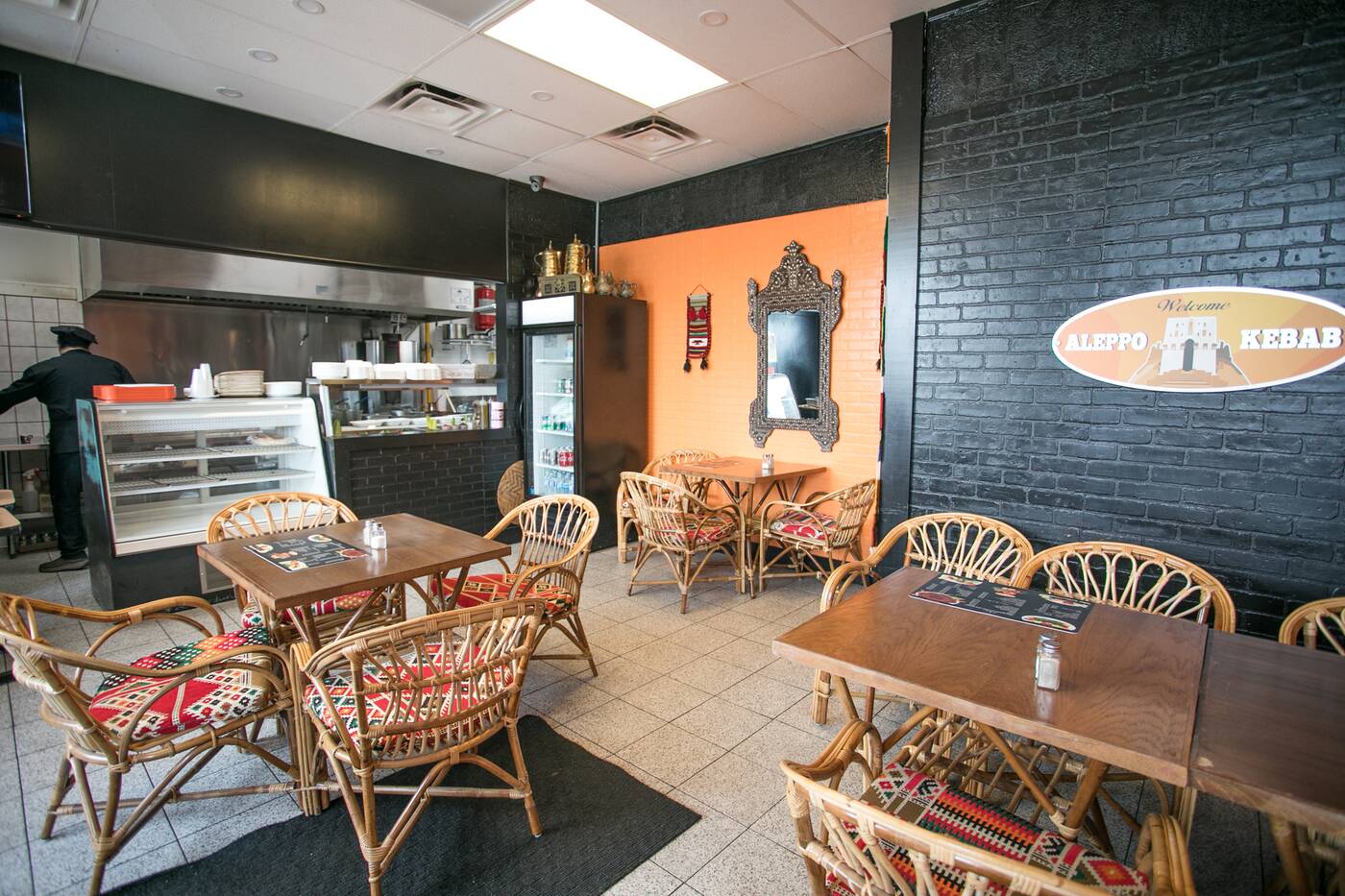 Kanajyan is from Aleppo, Mokdad from Bosra, the latter working for a year at popular Middle Eastern restaurant Paramount to gain work experience in Canada. 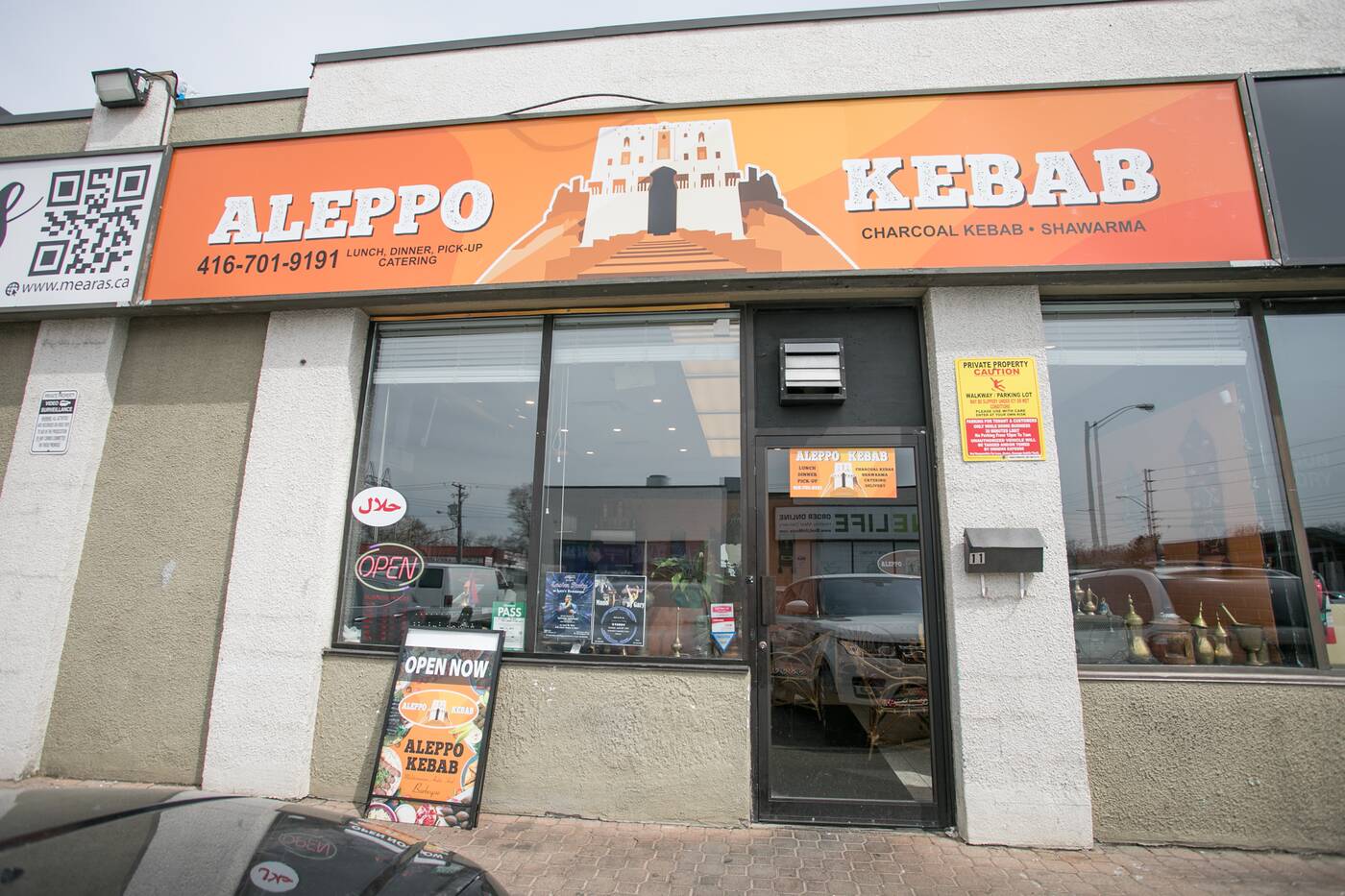