A-One makes some of the best samosas in the city and also serves Indian sweets and treats, all preservative-free.

They don’t do wholesale, and the recipe for the famous samosas was pioneered by the mother of the Chatha family that runs the place. 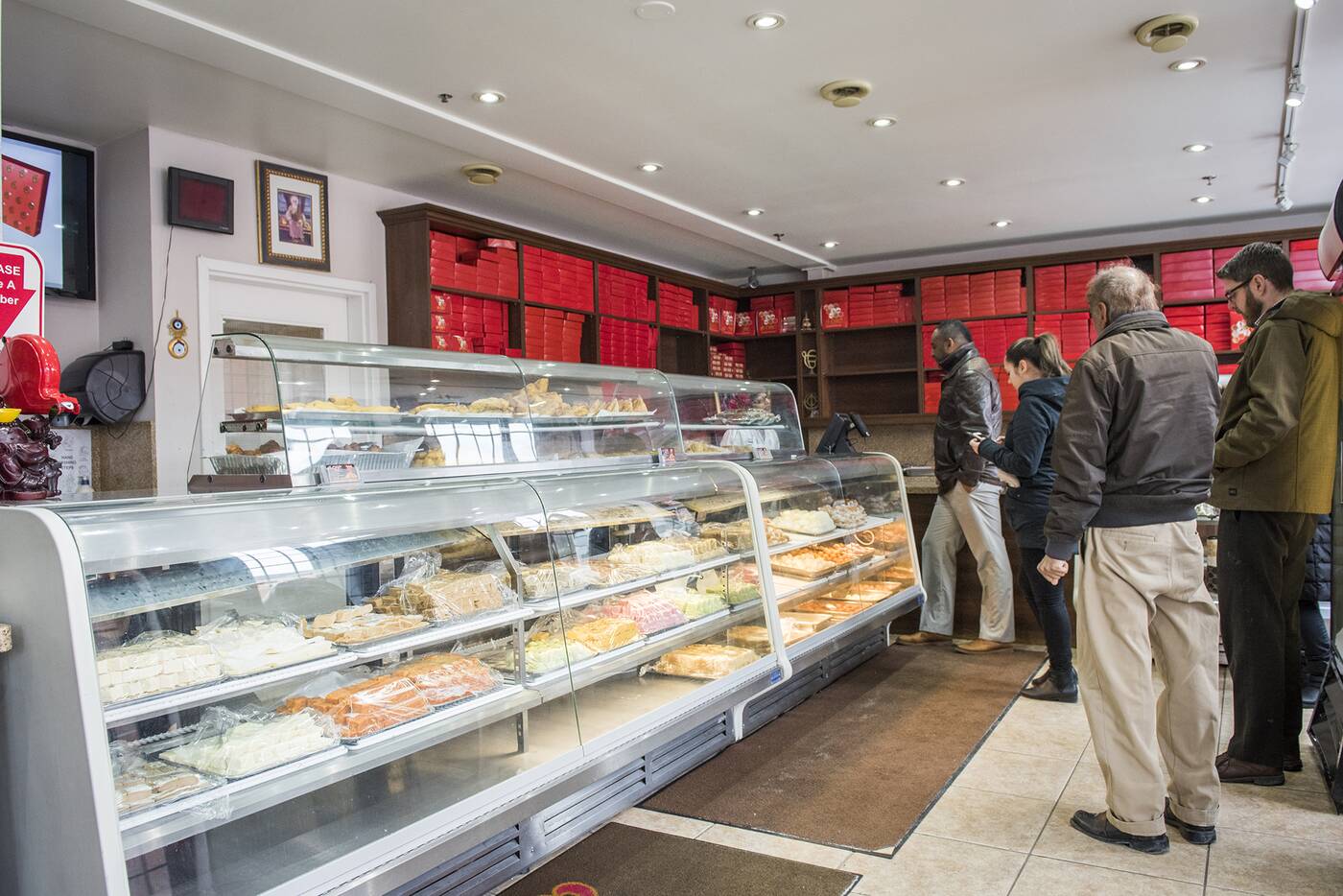 The interior is spacious with a massive production area in the back, and though it’s mostly designed for takeout service there are a few places to sit against a ledge facing the window. 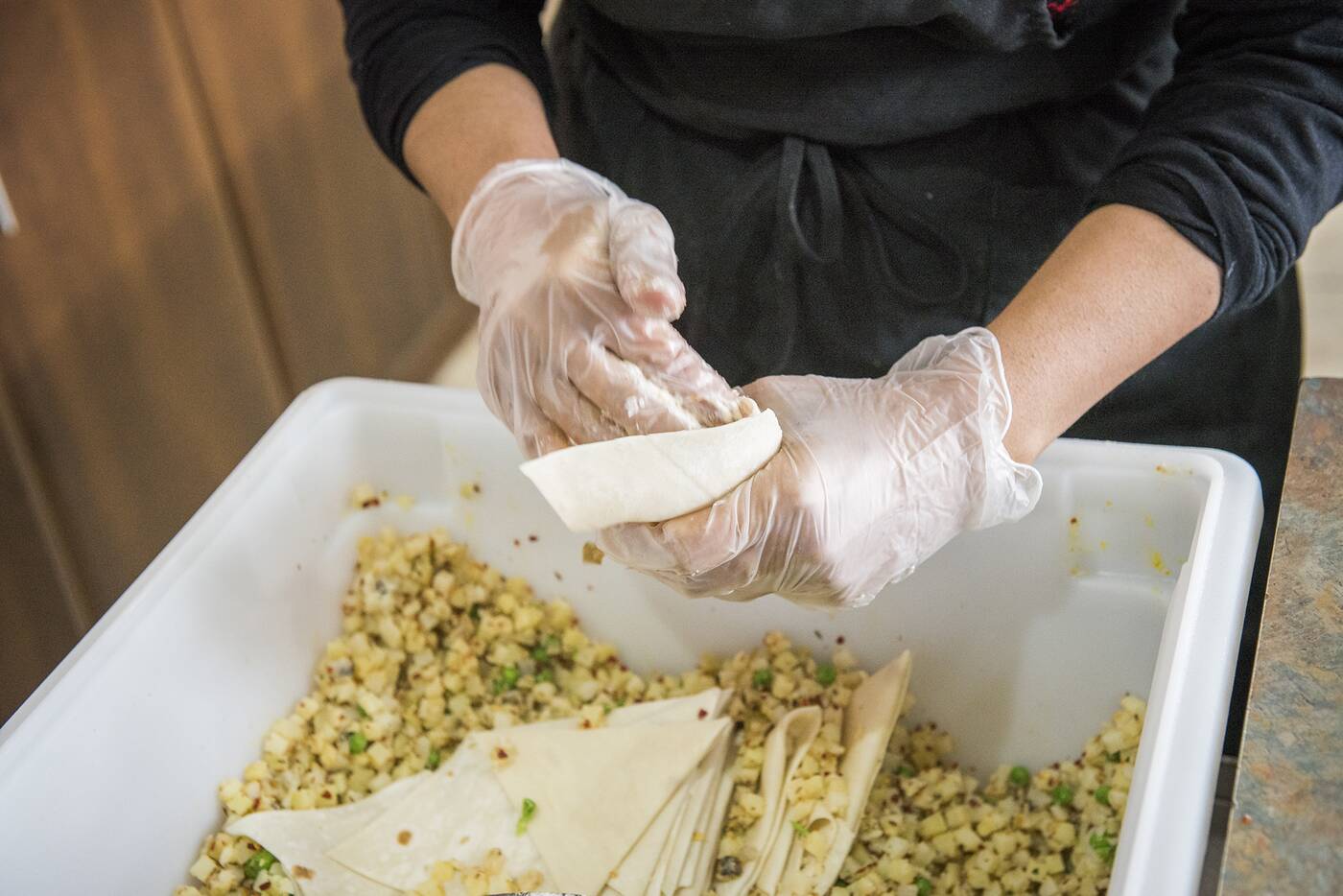 Veggie samosas are 75 cents each or three for a dollar, 85 cents for paneer and a dollar for chicken or beef. The veggie filling is an above-average mix of diced potatoes and peas with coriander and onion, everything evenly chopped and incorporated so each bite is consistent. 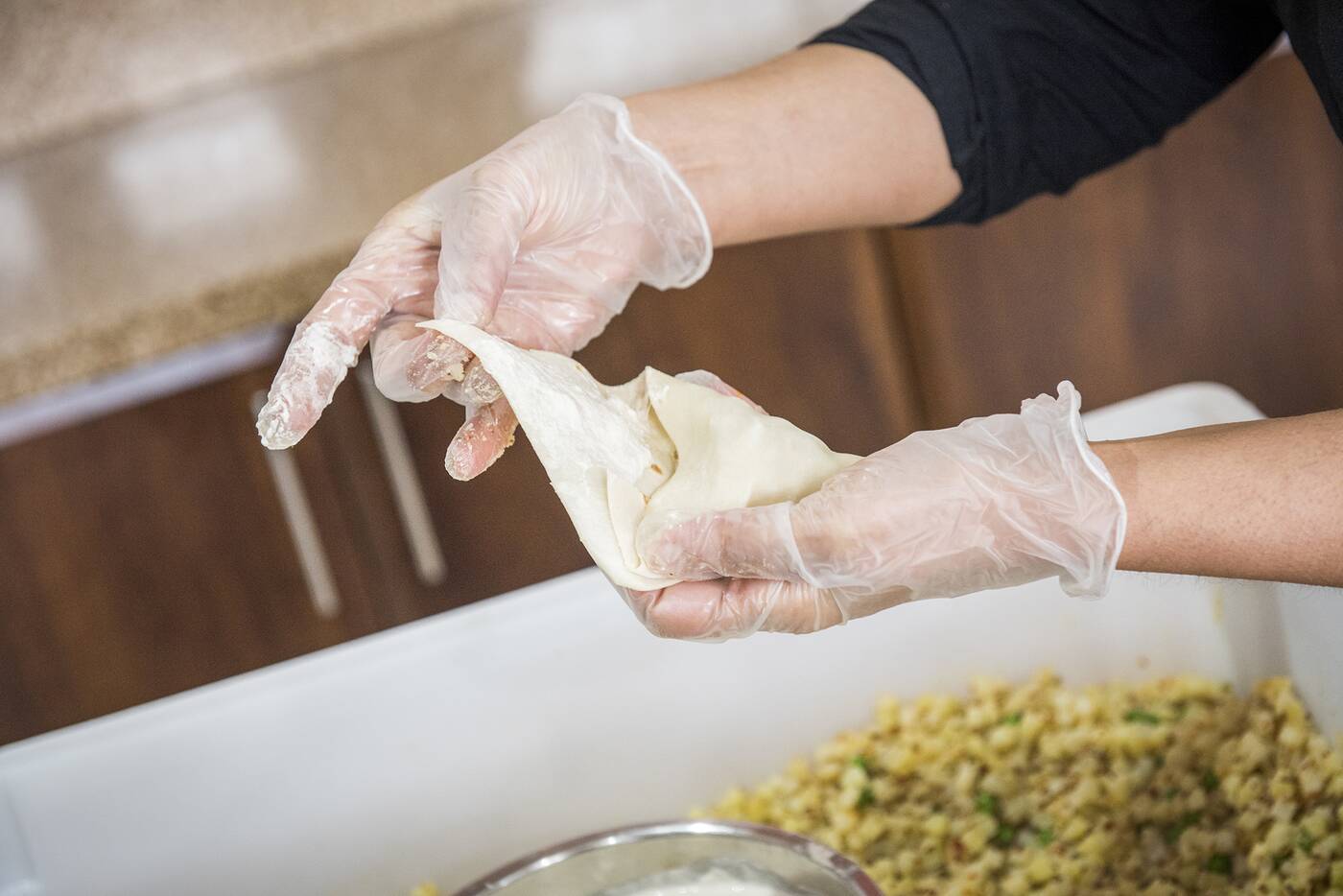 The secret lies in the dough, much thinner than most run-of-the-mill samosas that’s filled and folded into a perfect triangle shape by hand, sealed completely with additive-free flour paste so zero oil penetrates the crispy shell. 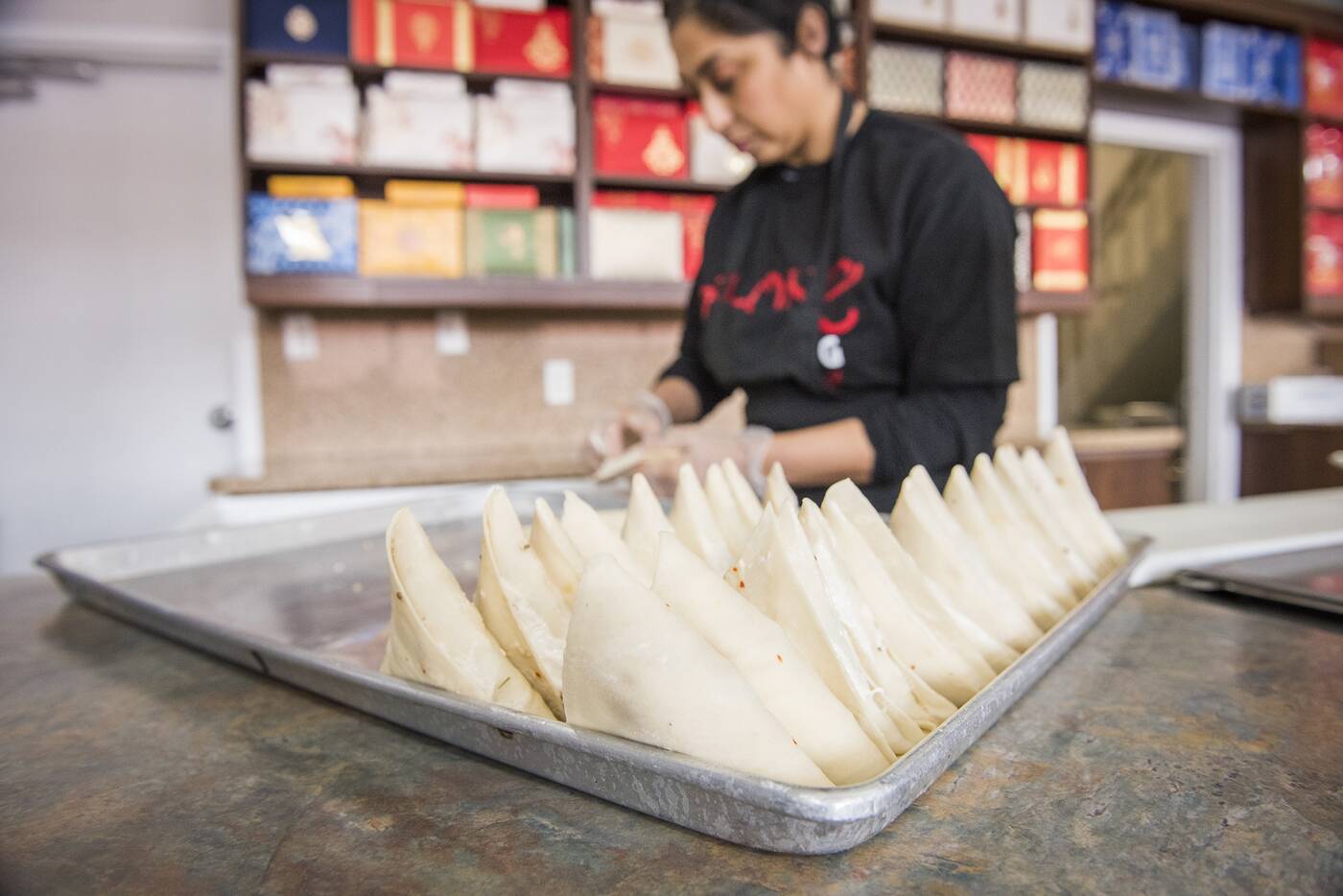 Many make their samosas using raw dough which is much less manageable by hand and produces a totally different texture, but here the dough is baked before filling. 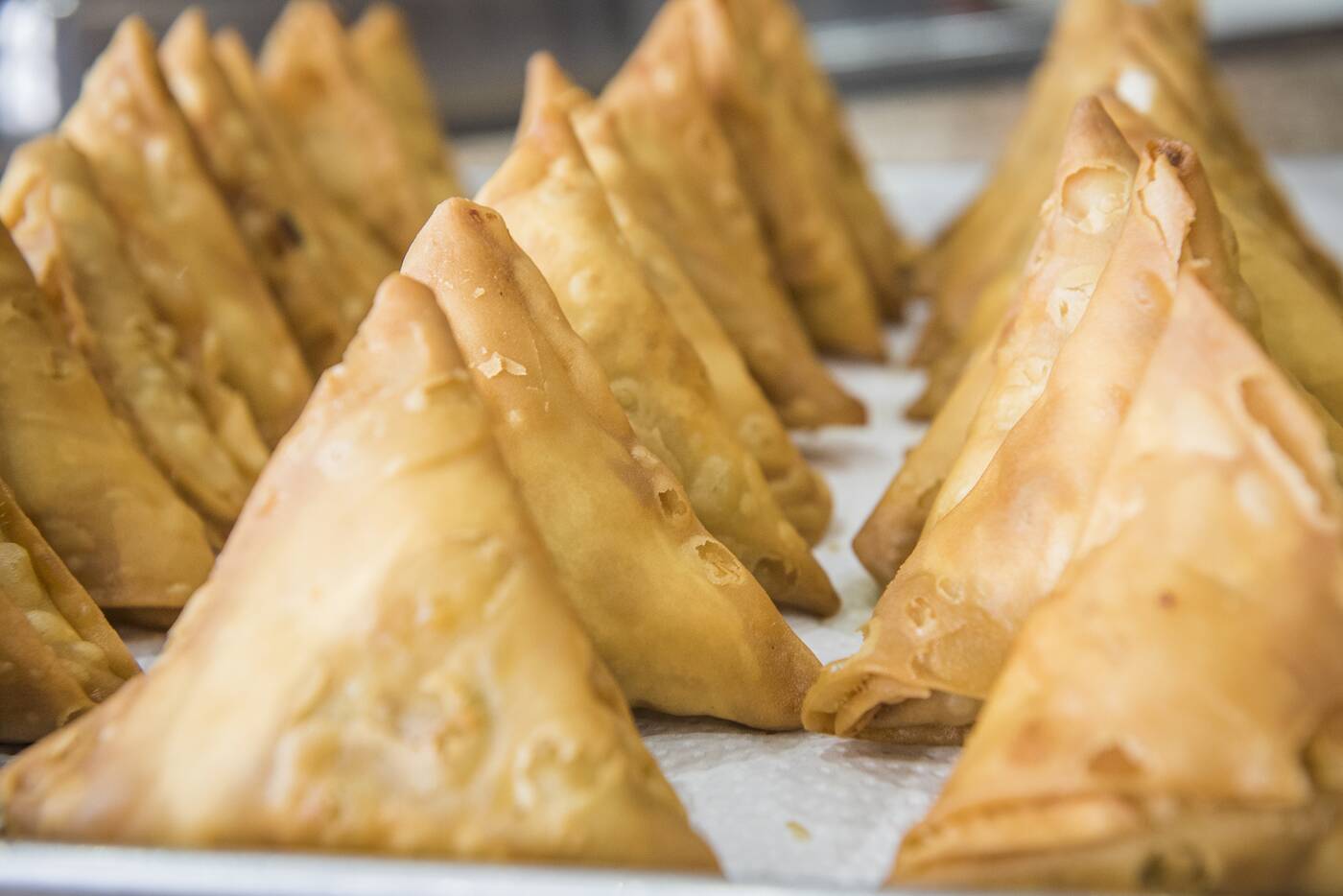 Meat is halal, and kept strictly separate from vegetables, veggie samosas fried on their own separate oil. 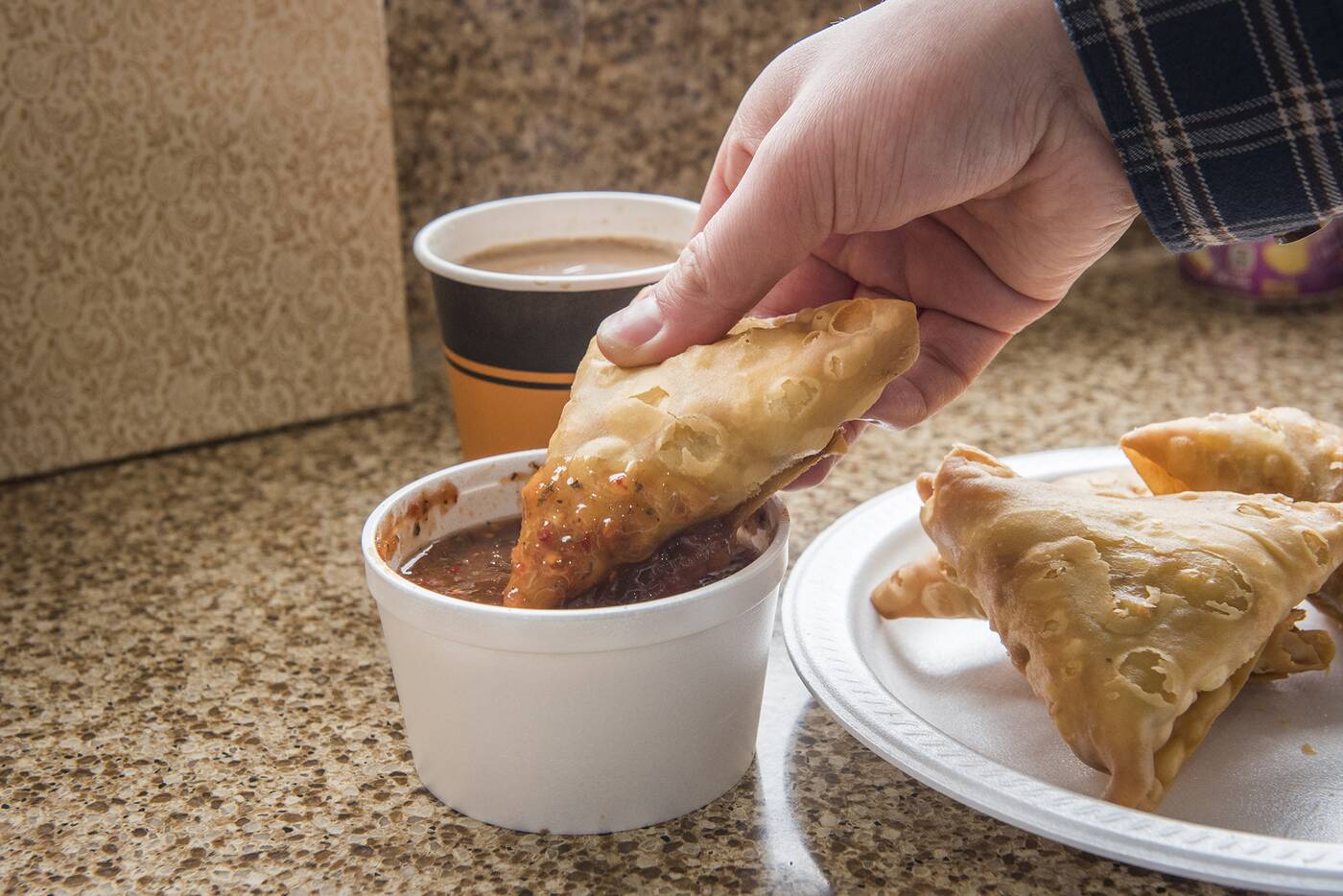 Thousands of samosas are sold here each day. The best worker here can crank out about 200 to 250 an hour, but mom Suki Chatha still holds the record with about 500 to 600. 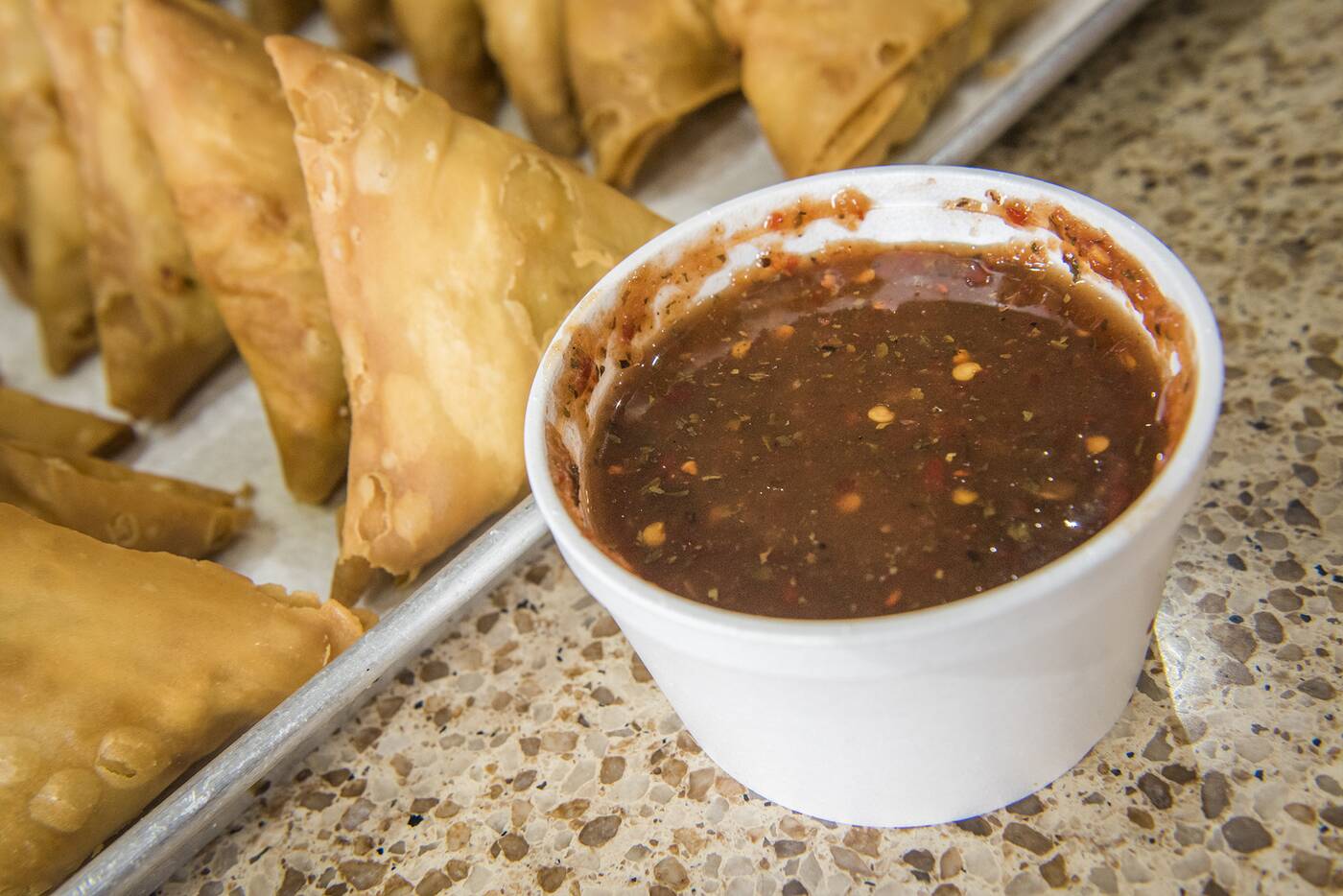 They’re perfect with a house tamarind sauce that actually takes five to six hours to make total, with lots of herbs and spices like mint, chilis, salt, onions, and dry spices. 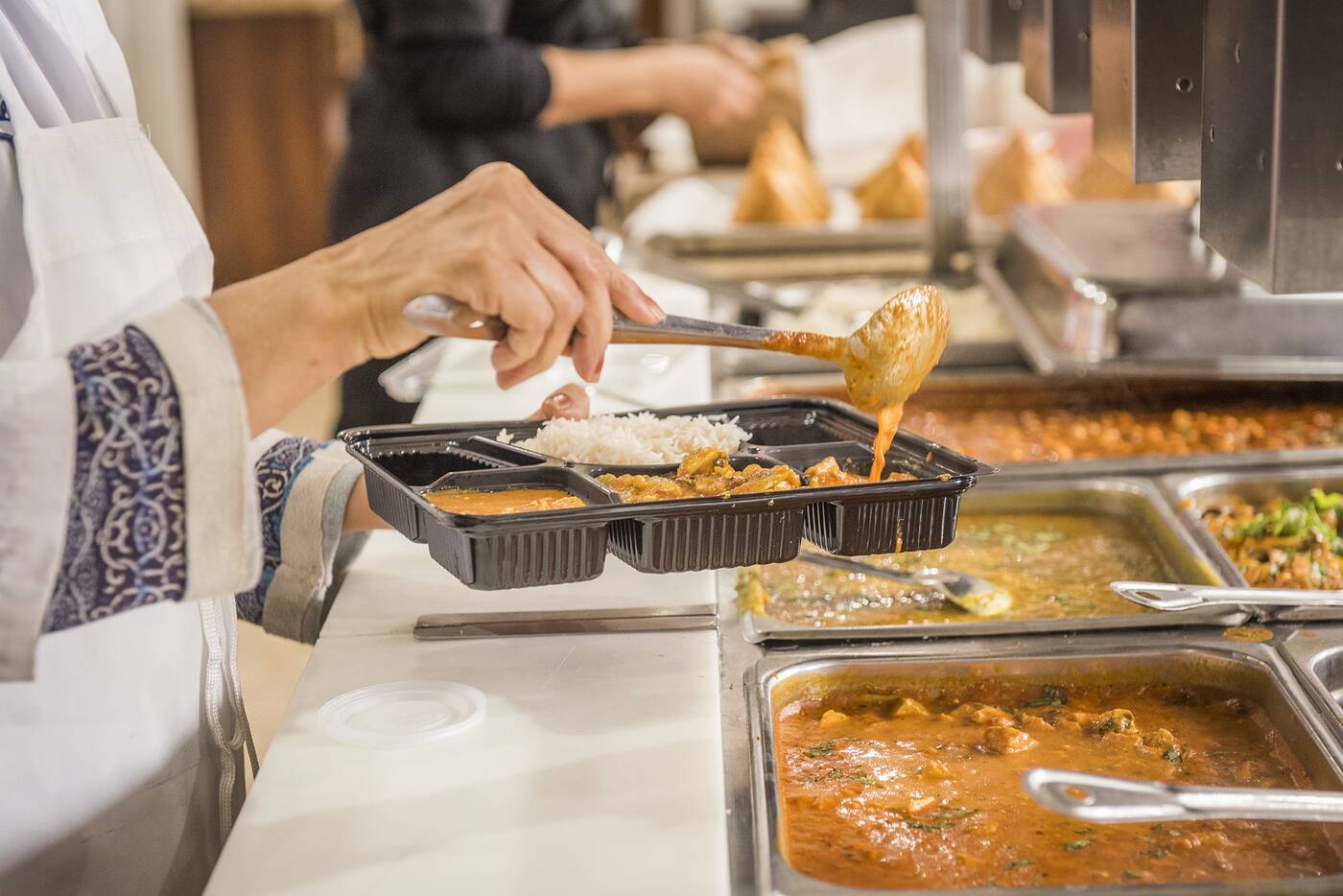 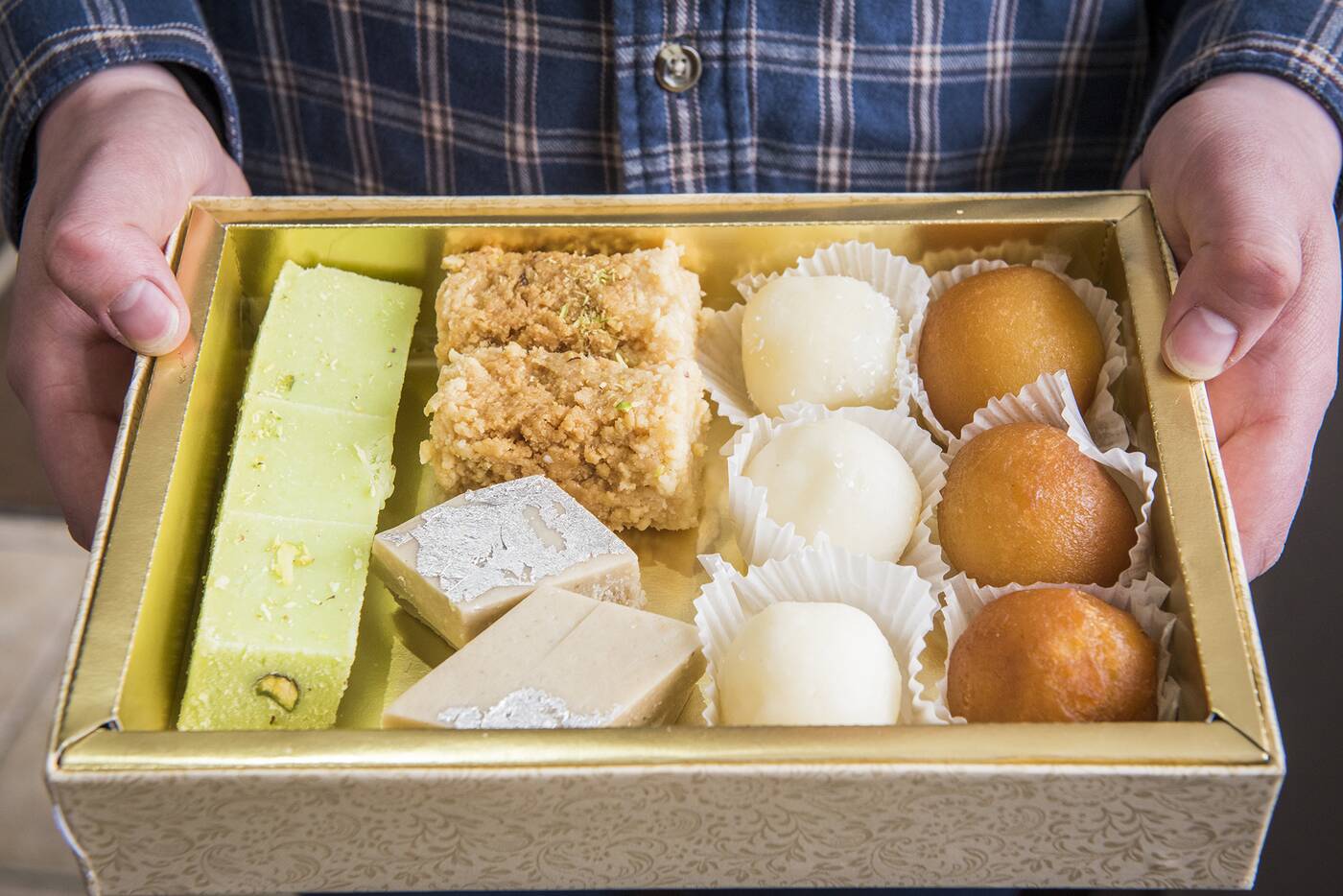 Other than samosas, A-One specializes in traditional Indian desserts like an extensive variety of barfi, a milk-based confectionery. 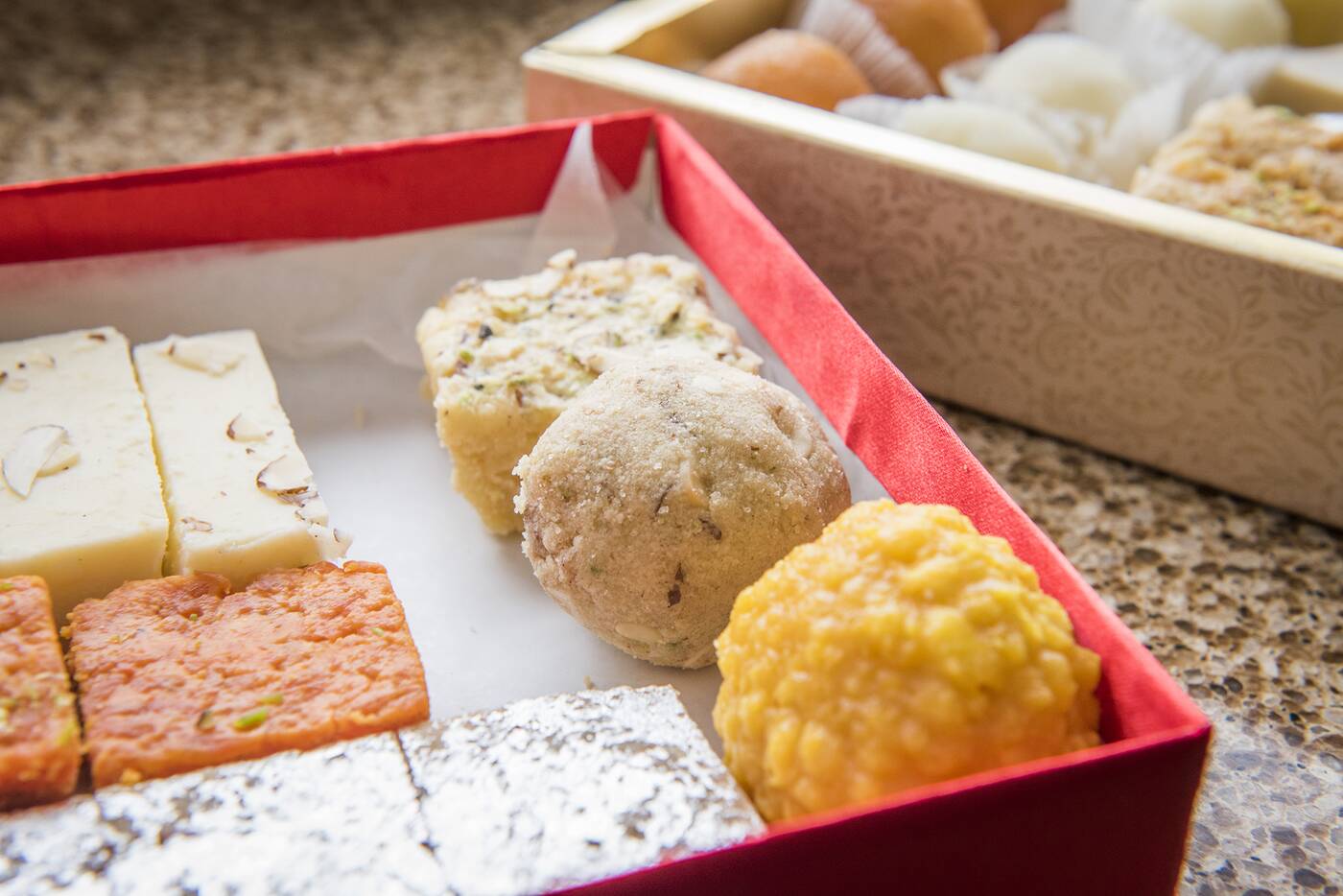 Laddu are made gluten-free by using chickpea flour, which traditionally binds a mixture of butter and sugar into a sphere with other ingredients like chopped nuts, often made in homes for special occasions. 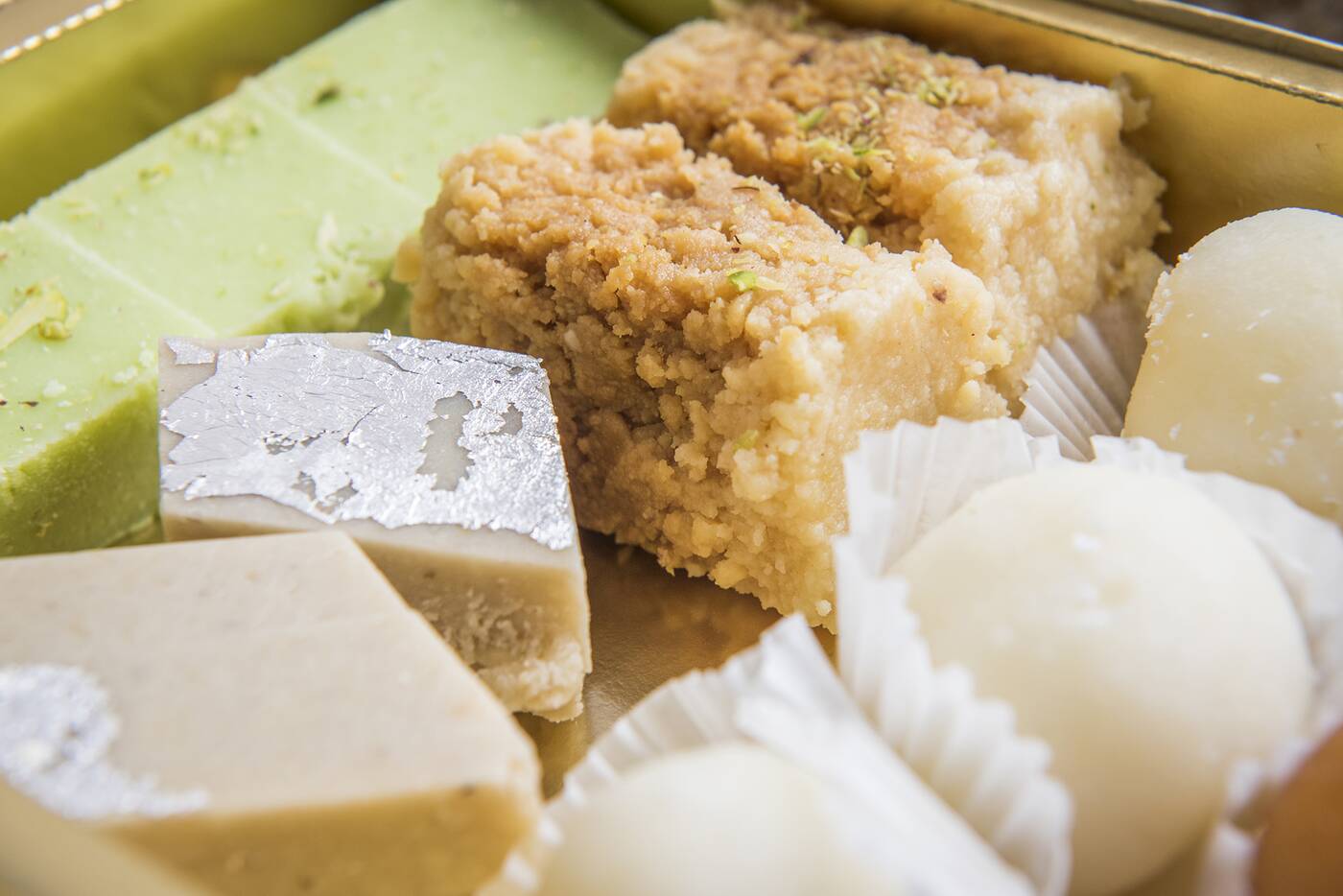 Some barfi are even decorated with edible silver leaf, one more browned at a high temperature with more cardamom flavour, and one where the milk base is mixed with raw ground cashew. 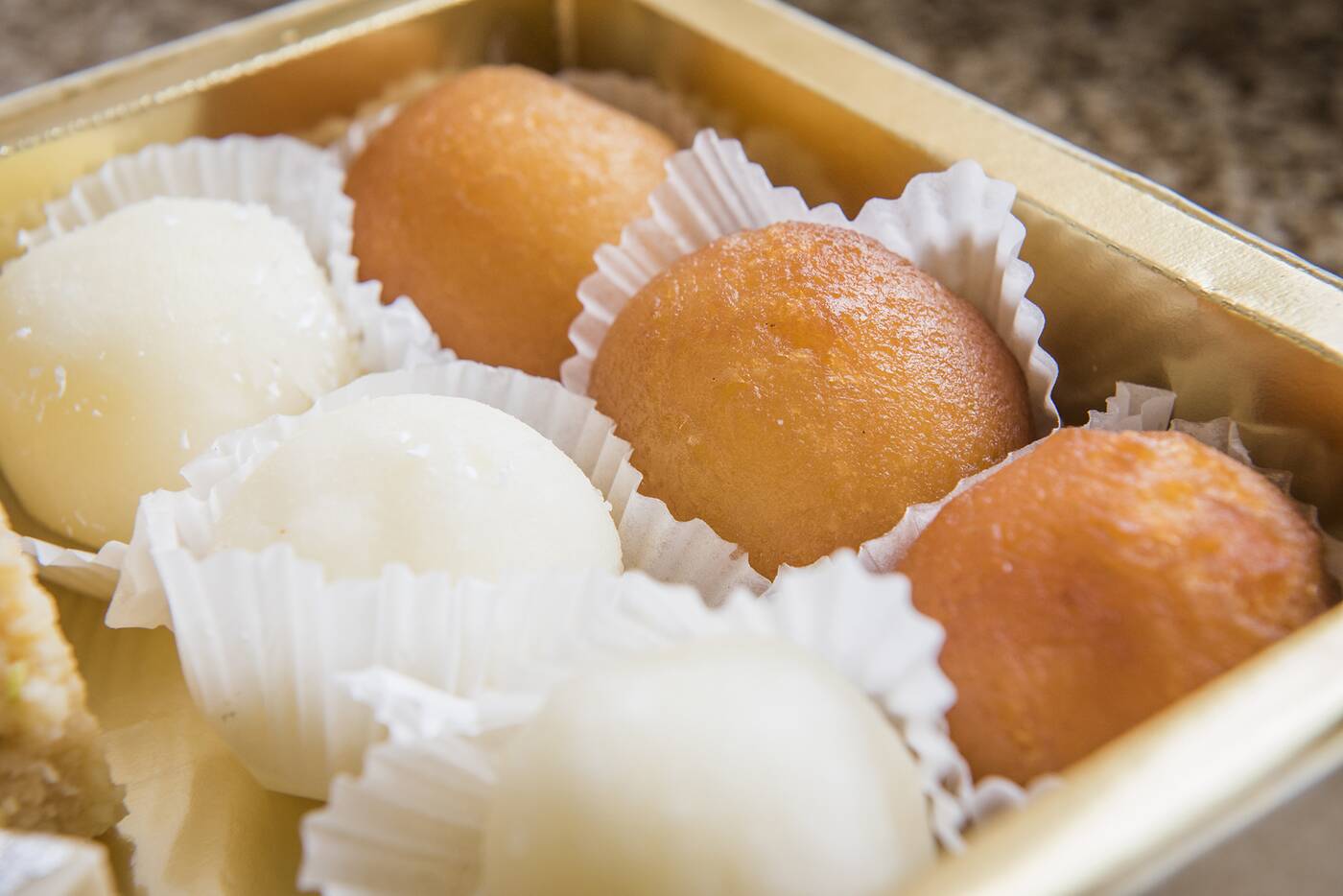 Gulab jamum ($2.50 for a hot order of two) is kind of like an Indian Timbit, made from a dry milk and butter base then fried and soaked in syrup. 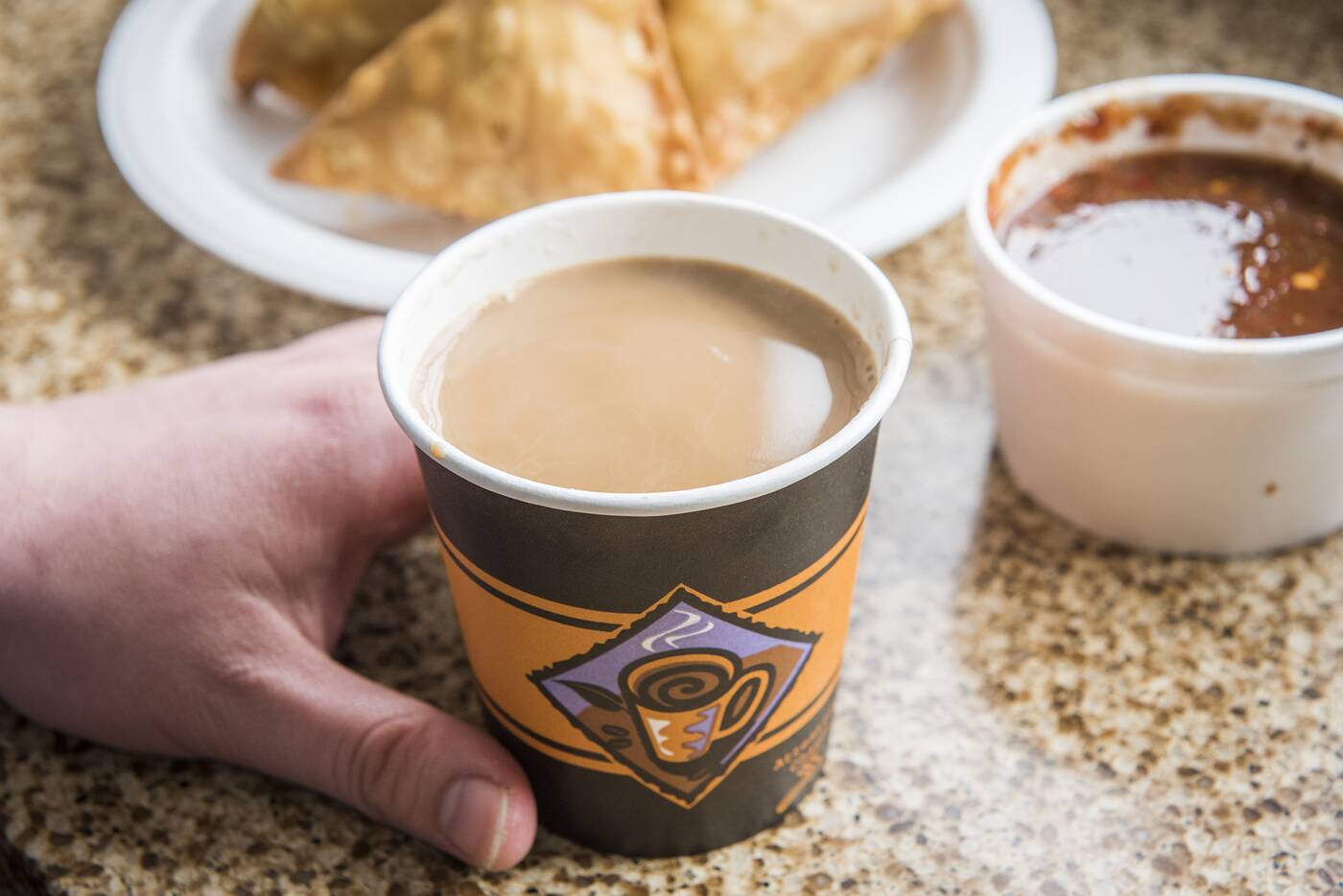 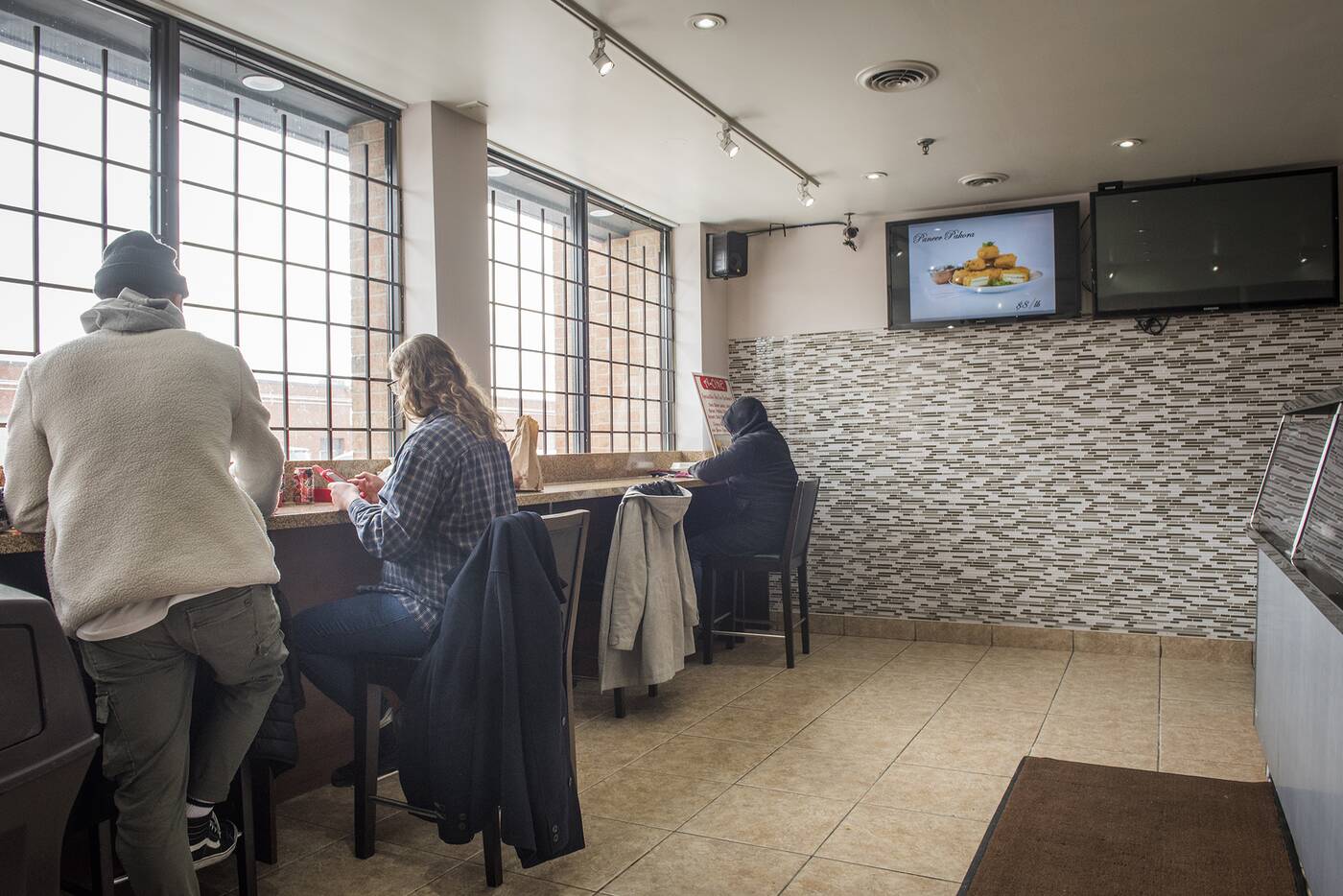 The mother and oldest sister of the Chatha family from London, England started this place in 1992, and it’s still going strong. 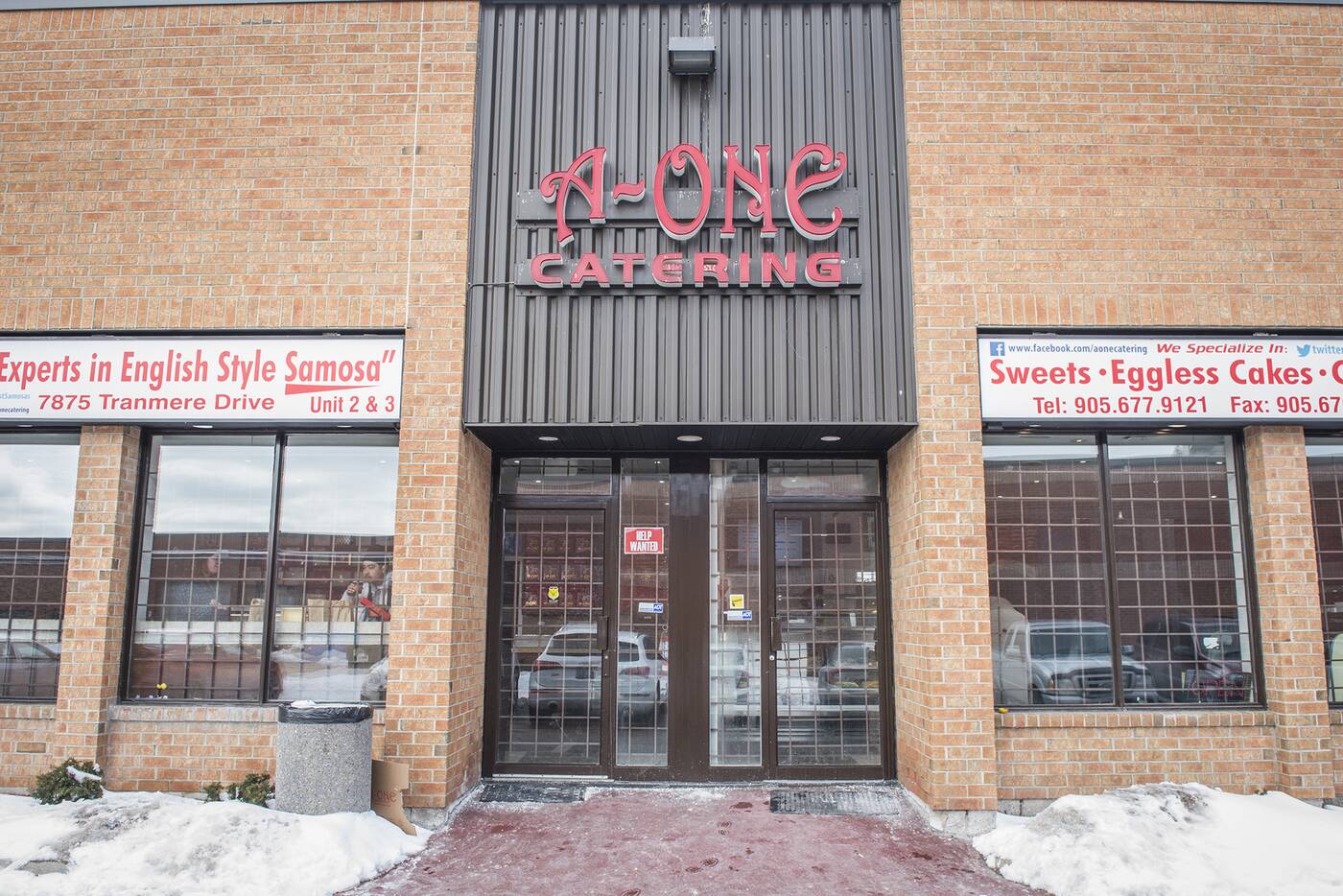