The majority of the dishes on the menu are typical of Honduras, Colombia and Venezuela. A few of the food items are kept on display behind the counter alongside desserts while plenty of Latin snacks and drinks can be found off to the side. 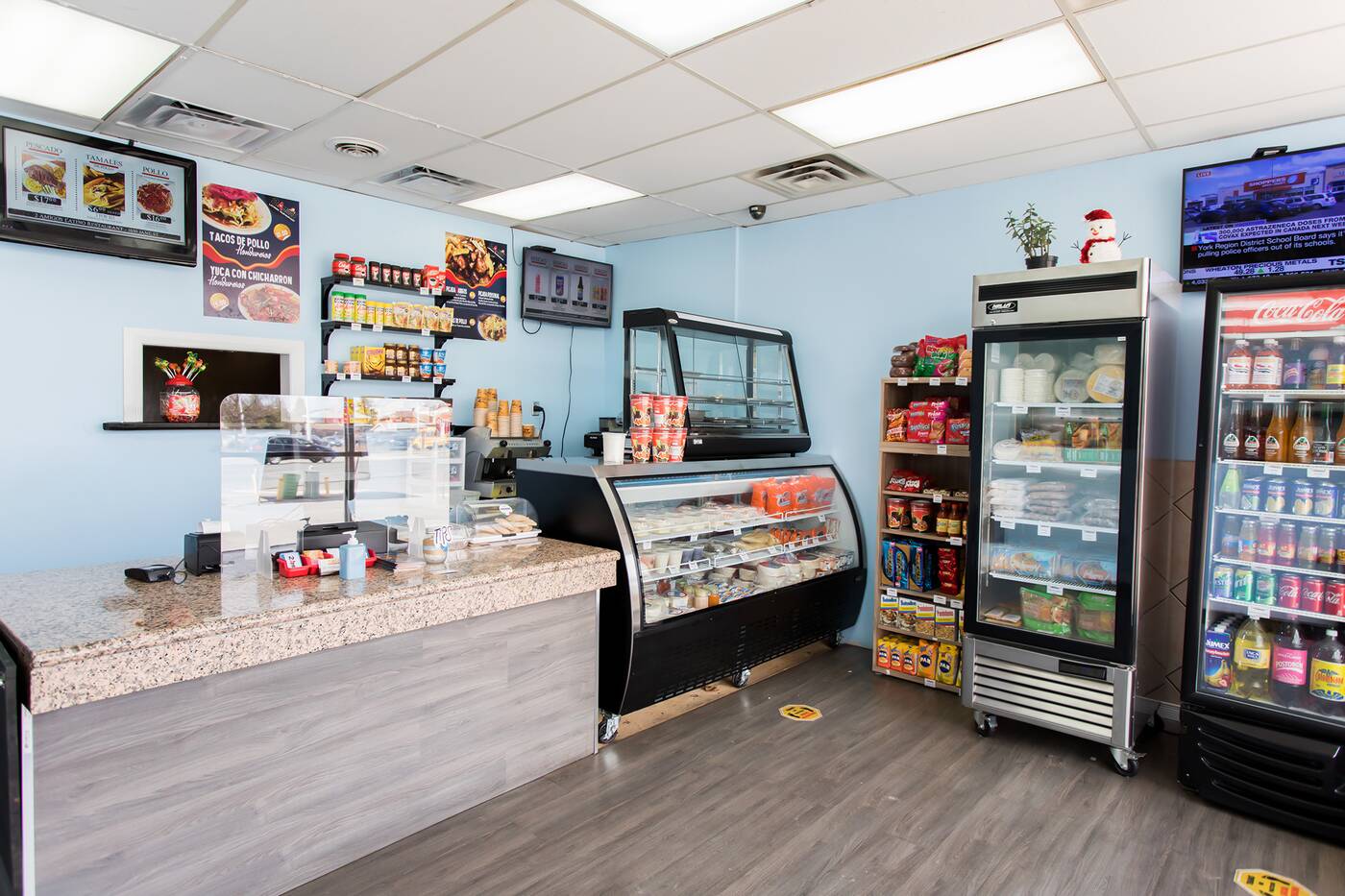 Andres from Venezuela and Jose from Honduras are the two amigos behind the operation. The friends and business partners met while working at Columbus Bakery together three years ago. 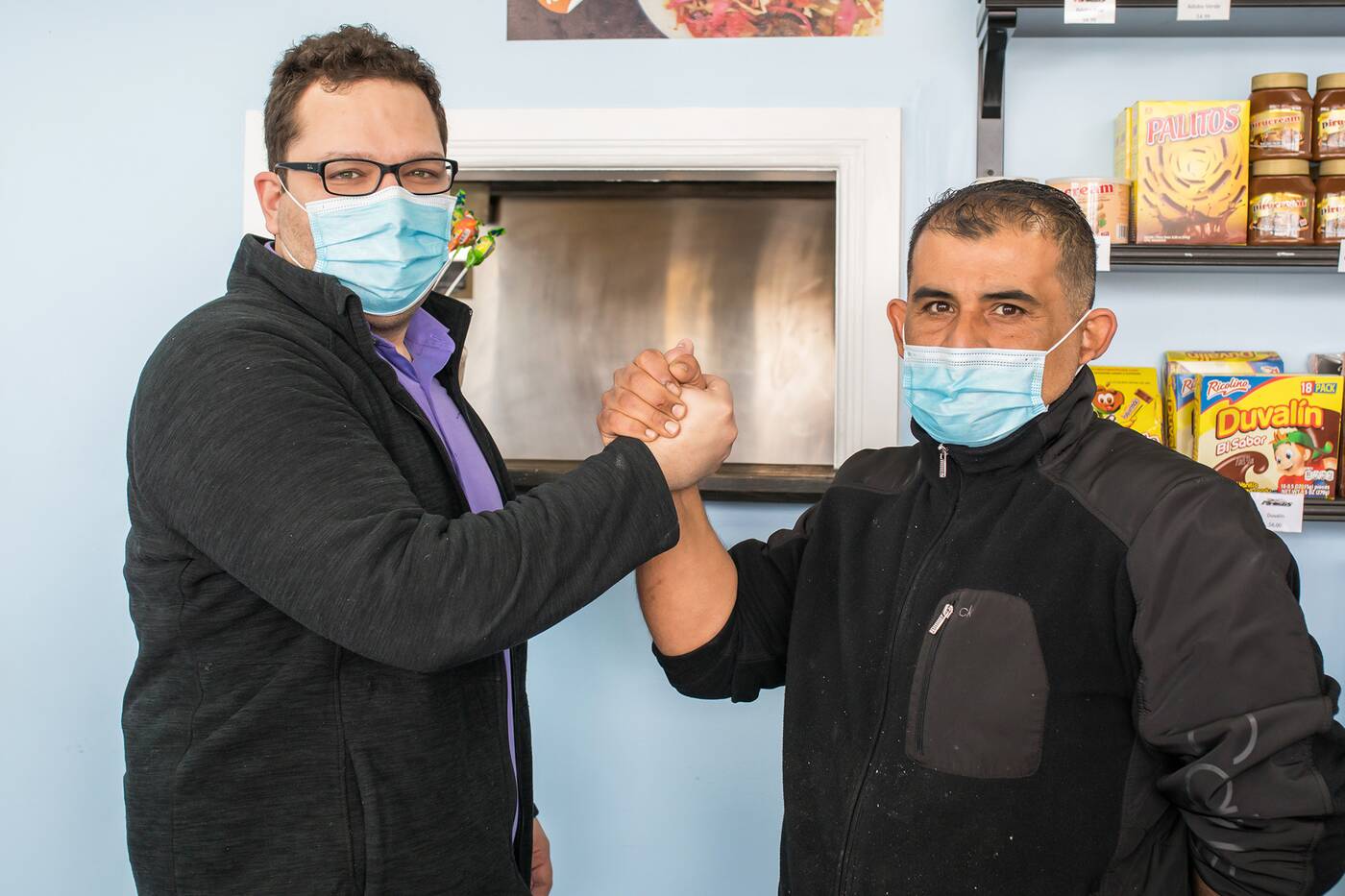 The duo started the restaurant when Jose approached Andres with the idea, convincing him to quit the office job that he had moved on to after the bakery in order to open up shop here. 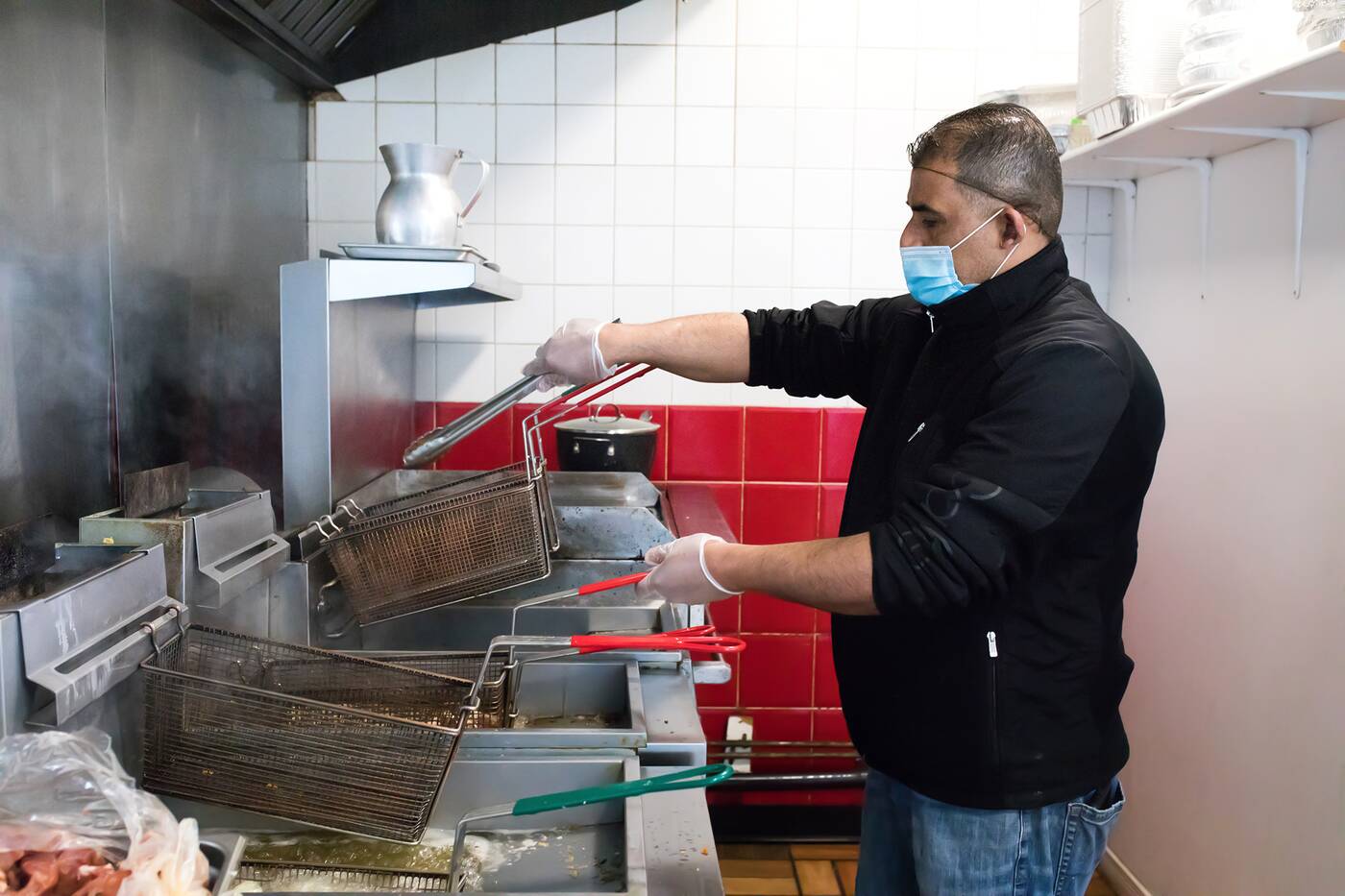 Jose runs the show in the kitchen where most of the food comes deep-fried and best paired with a side of cassava, so expect lots of greasy deliciousness. 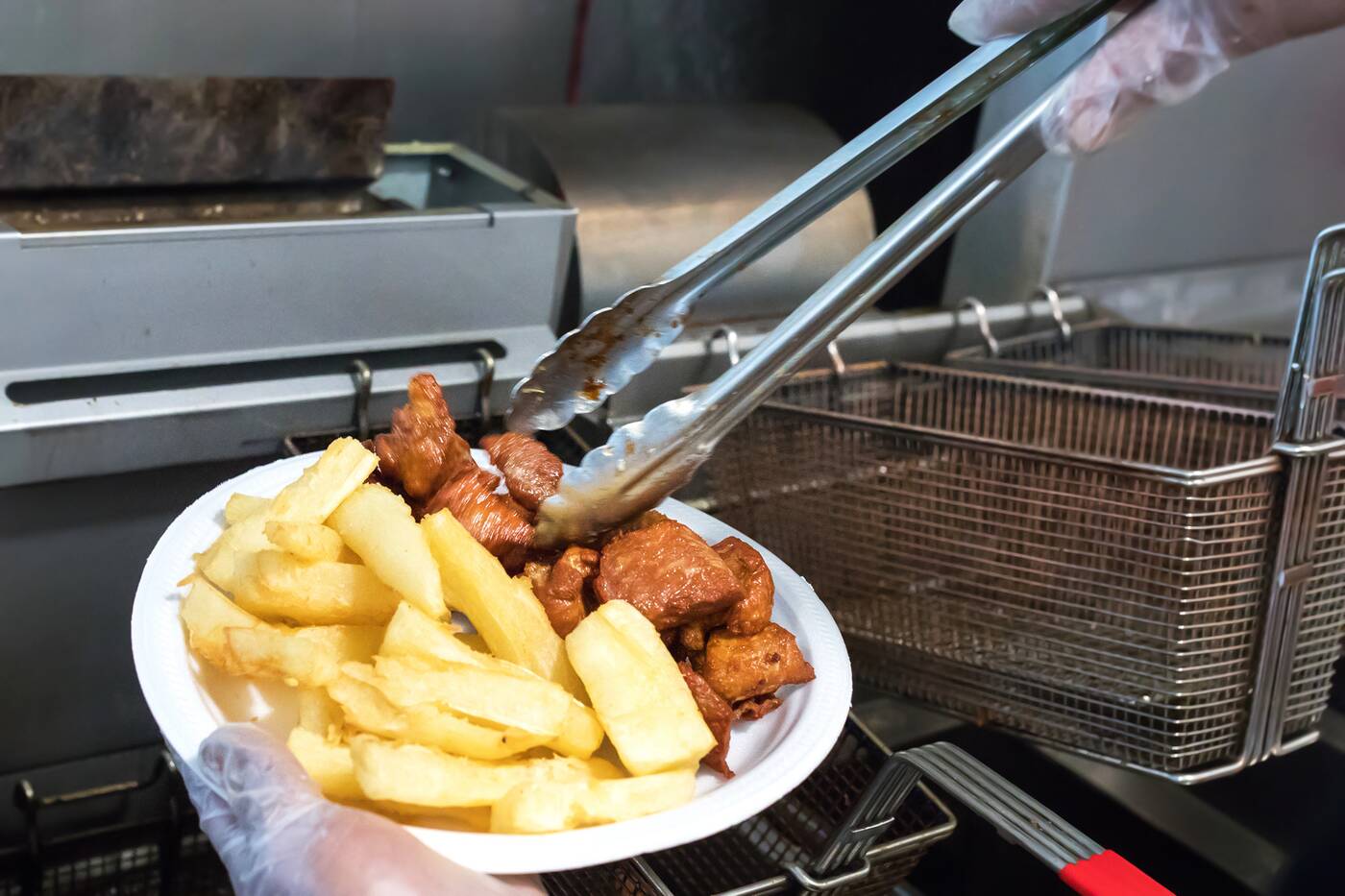 Carnitas ($10) is easily one of the most popular dishes here. The chunks of fried pork shoulder are crispy on the outside and chewy on the inside. 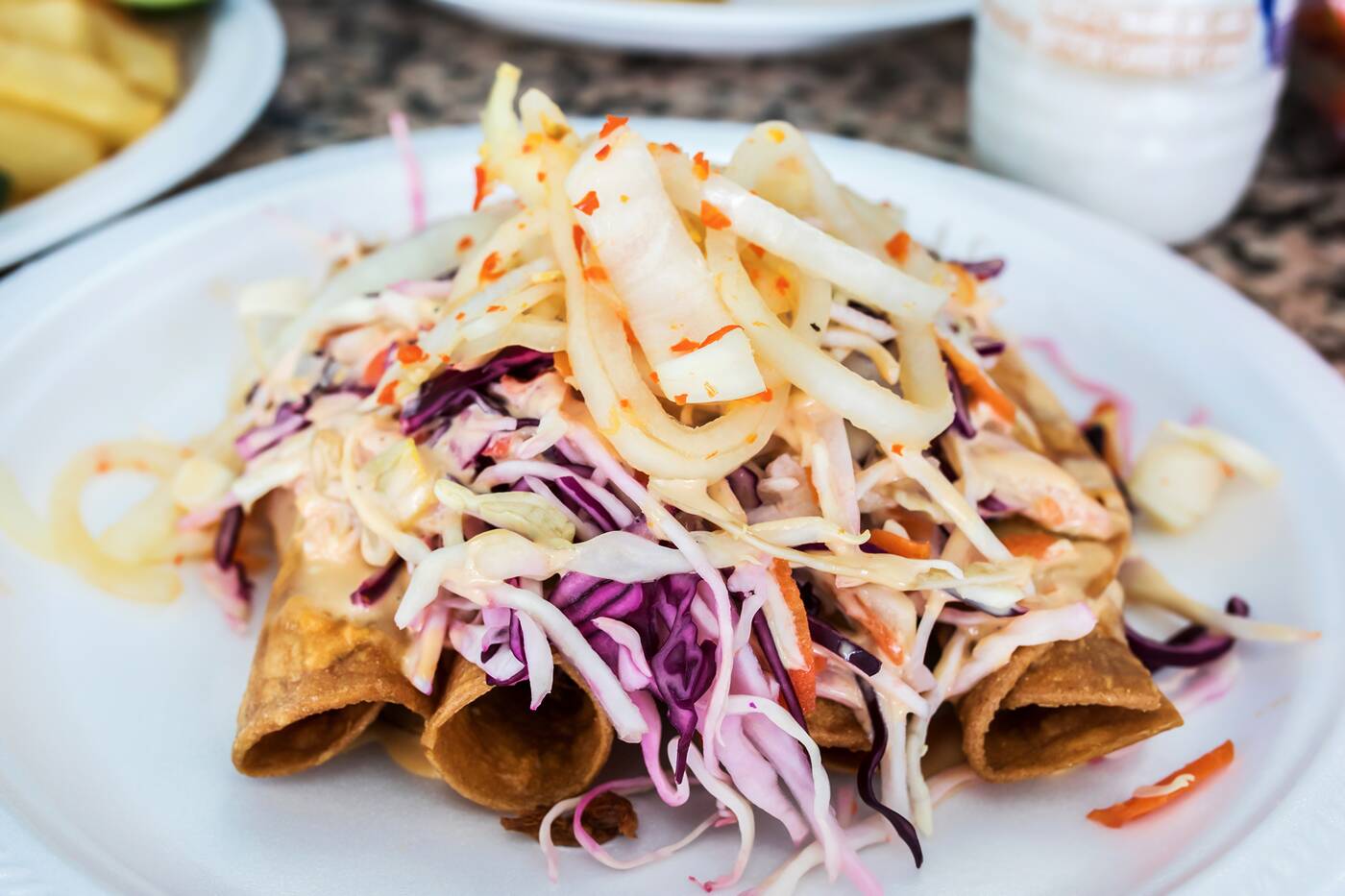 The fried tacos are right up there as well in terms of popularity. They're filled with chicken and topped with a coleslaw and salsa rosada, or more simply, pink sauce. Extremely popular all over Colombia, the sauce is traditionally made with ketchup and mayo. 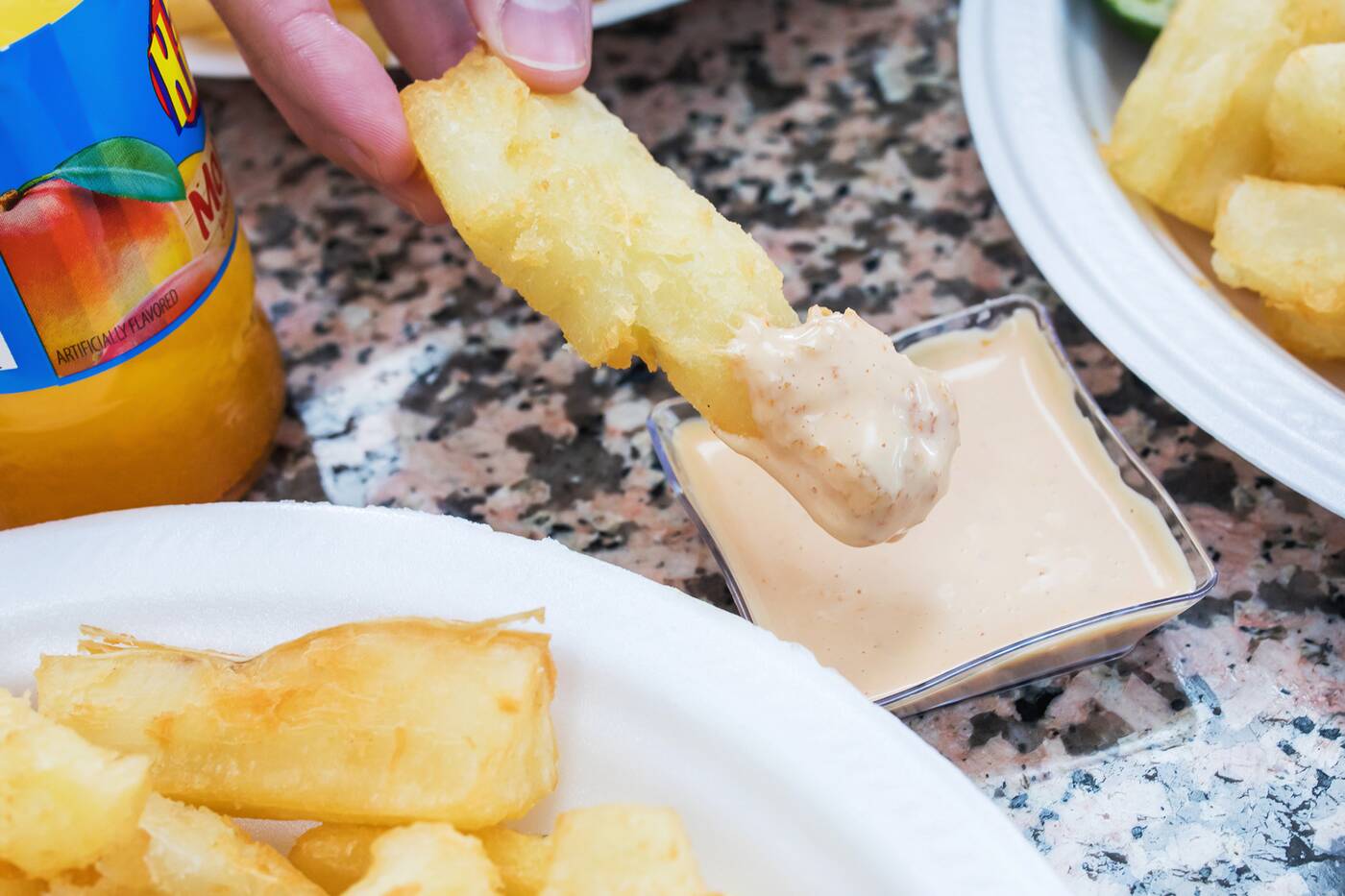 Here, mustard and three different types of hot peppers are added for an extra special kick. It also comes on the side of many dishes and is great for dipping. 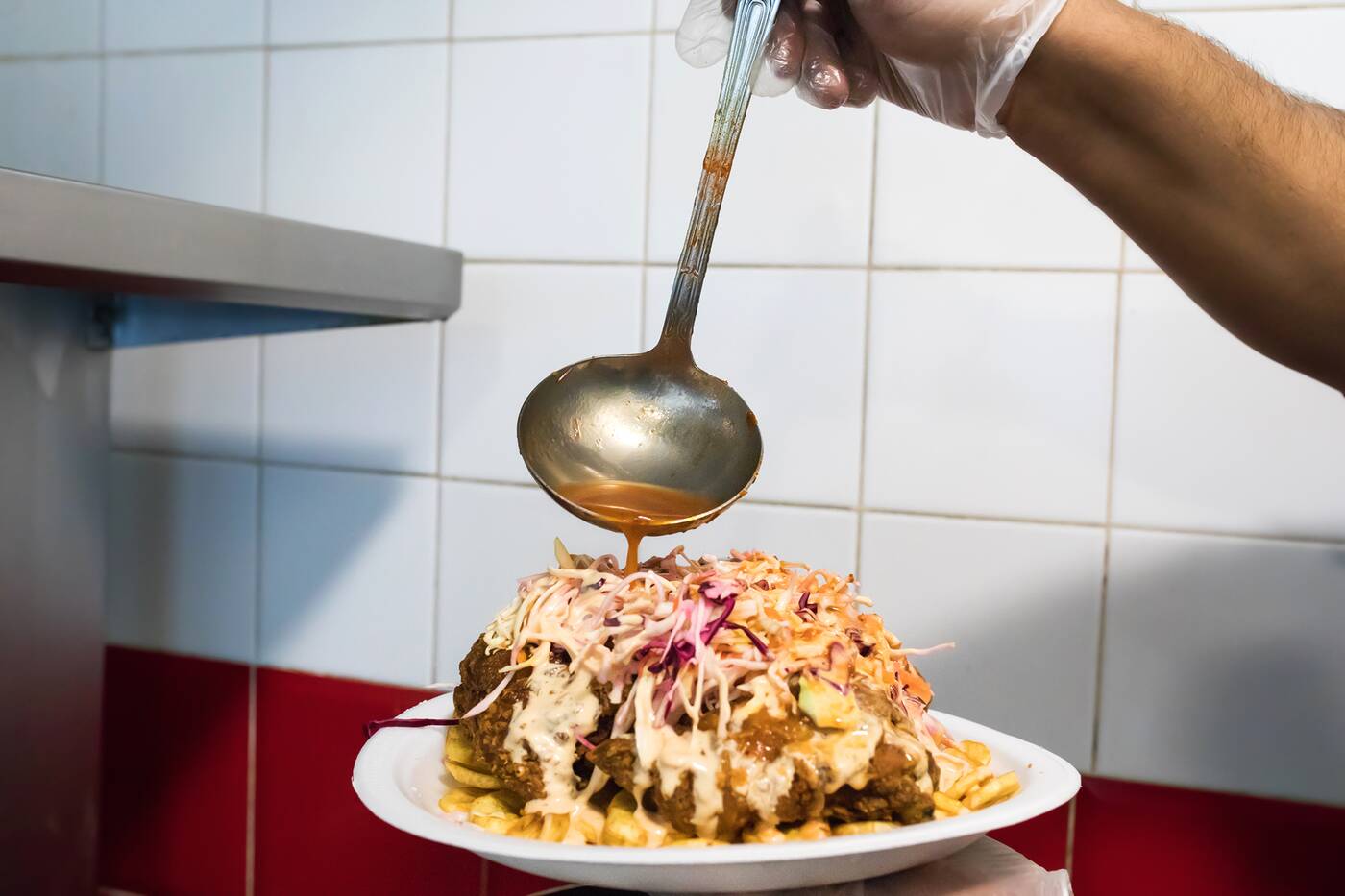 Another dish that comes piled high with coleslaw, as well as pickled onions and a Ragu-like tomato sauce, is the fried chicken or pollo chuco ($17). The Honduras-style meal also features a layer of fried green bananas on the bottom of the plate. 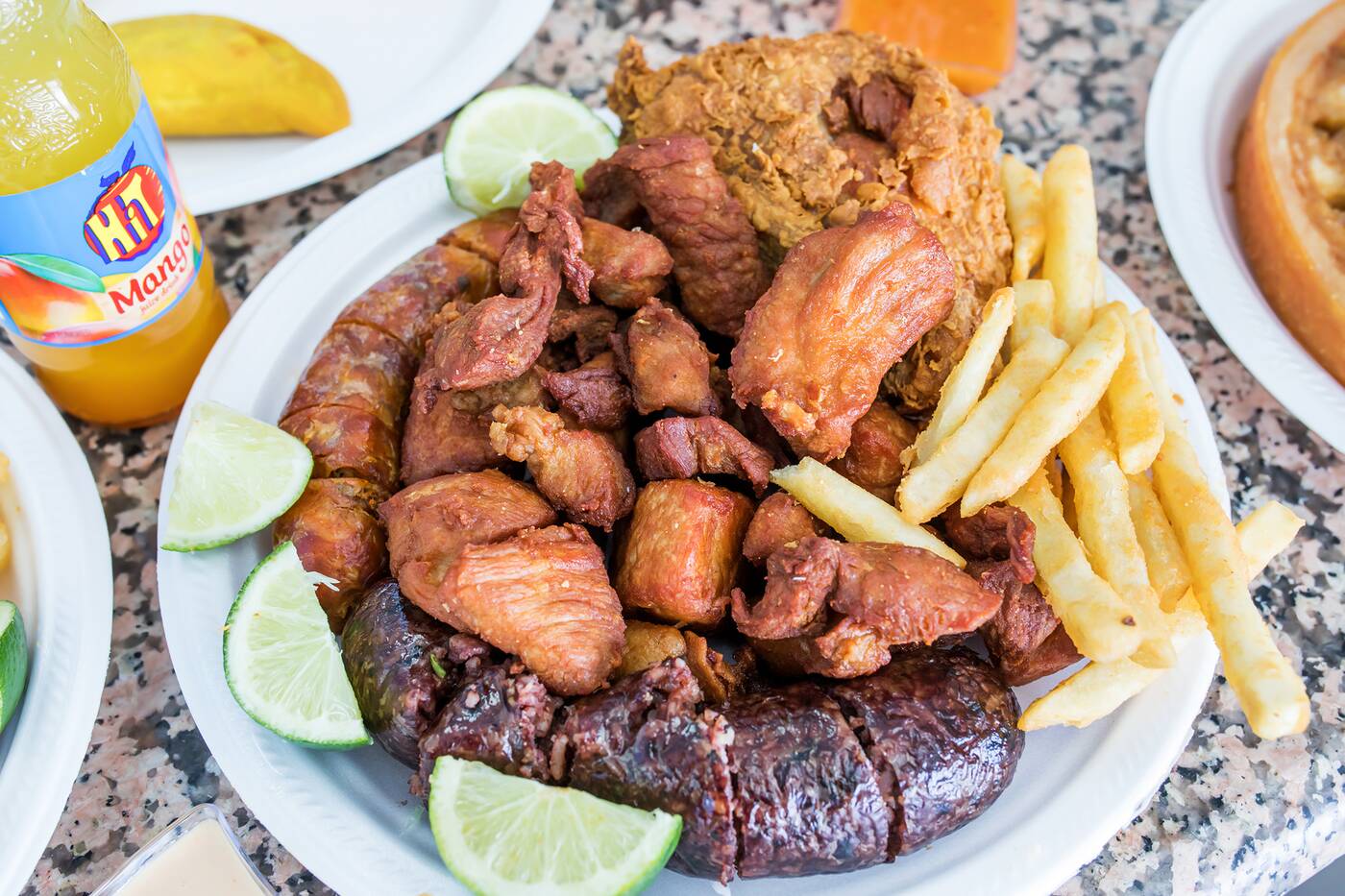 Though I'm sure all of the meals will leave you stuffed, the Colombian dish called picada 2 amigos ($35) is probably the most intimidating. Don't try it without a friend, or three. 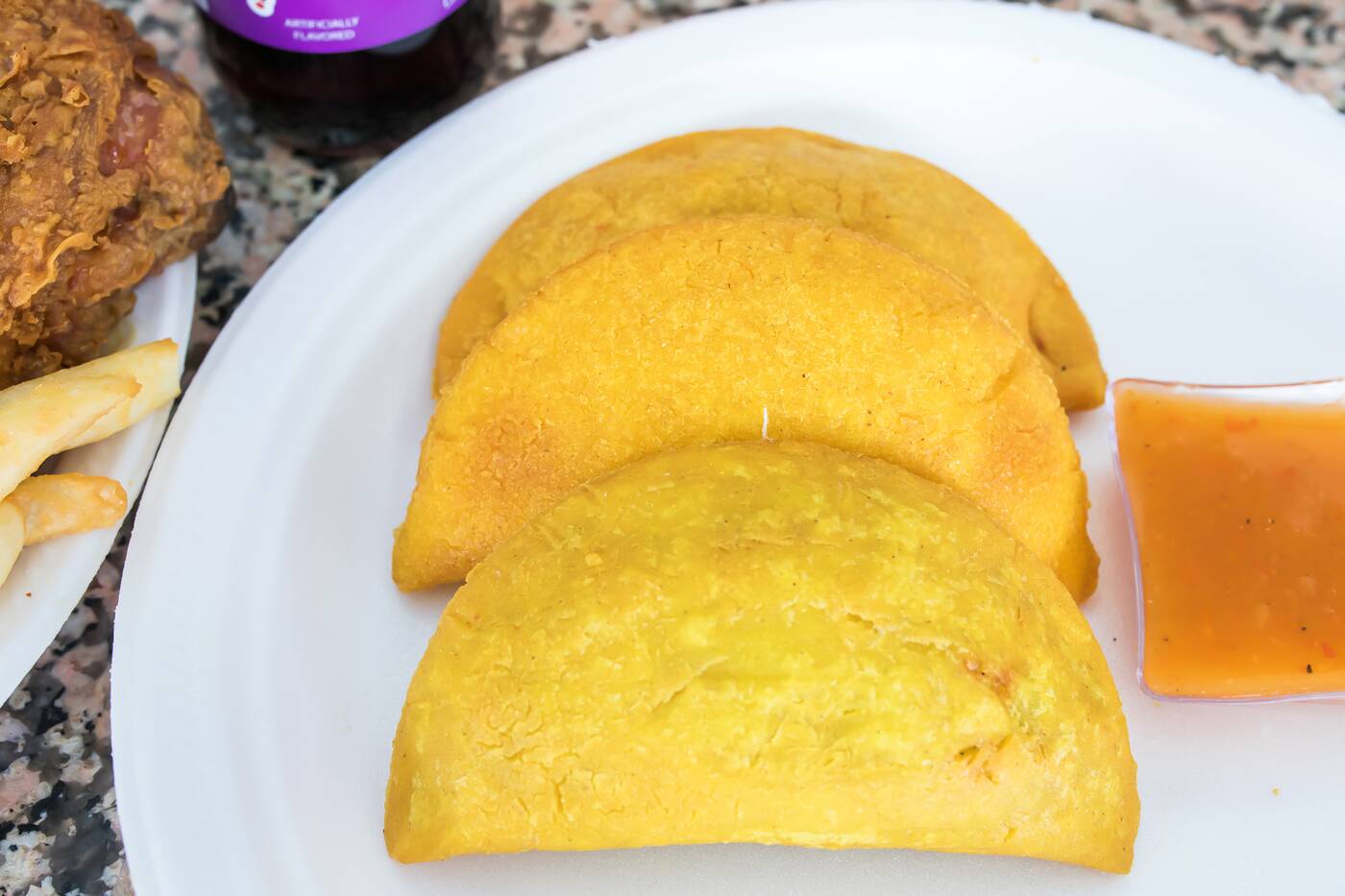 The three empanadas on the menu, beef ($1.40), chicken ($1.75) and cheese ($1.50) are all made with corn dough. I'm told the meat inside the chicken empanada is seasoned and prepared how it would be in Venezuela while the beef is closer to how you'd find it in Honduras. 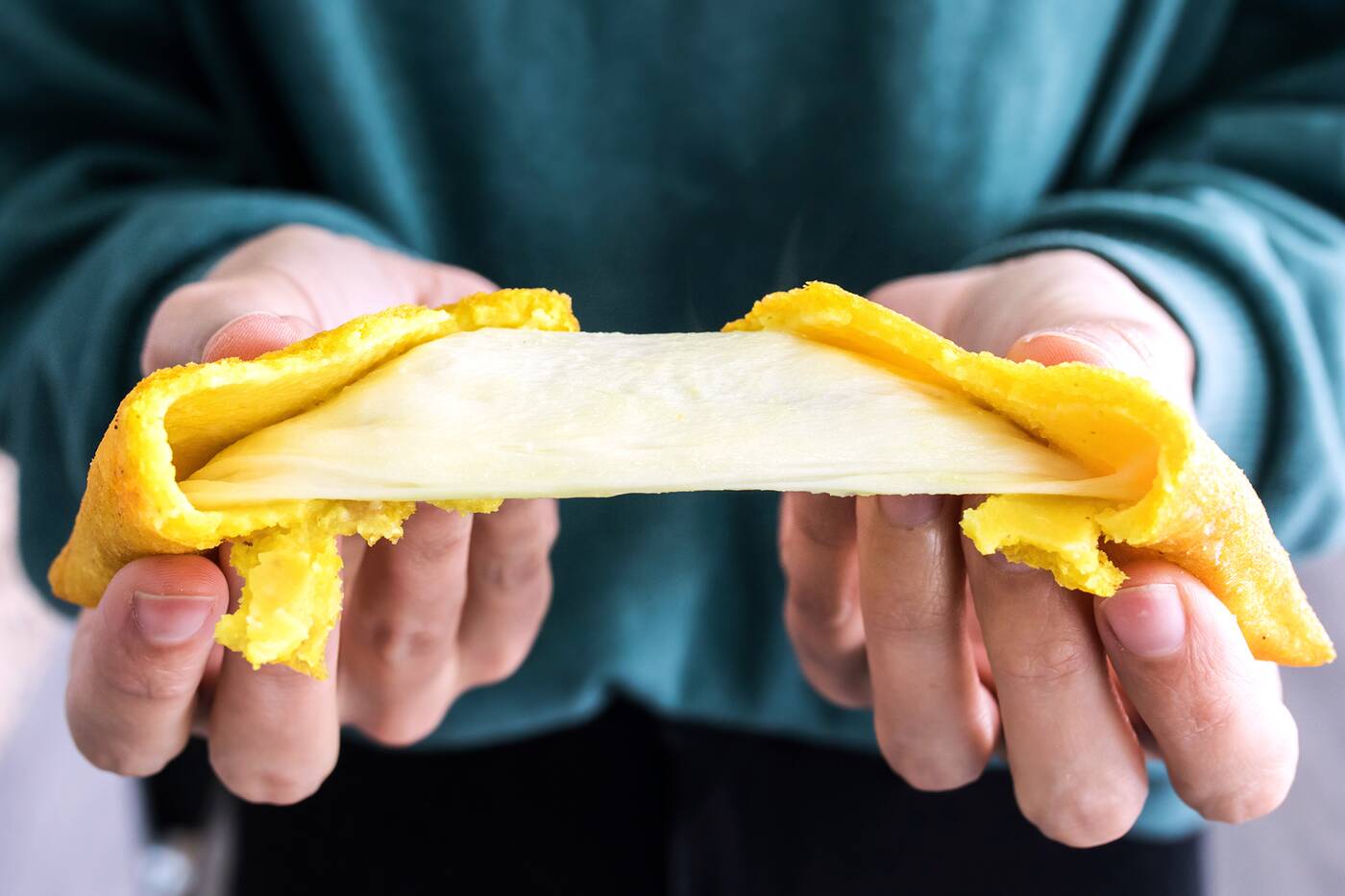 Cheese lovers will be happy to find a well-filled cheese empanada. Andres says Venezuelans will not be satisfied if there's not a taste of cheese in every single bite. 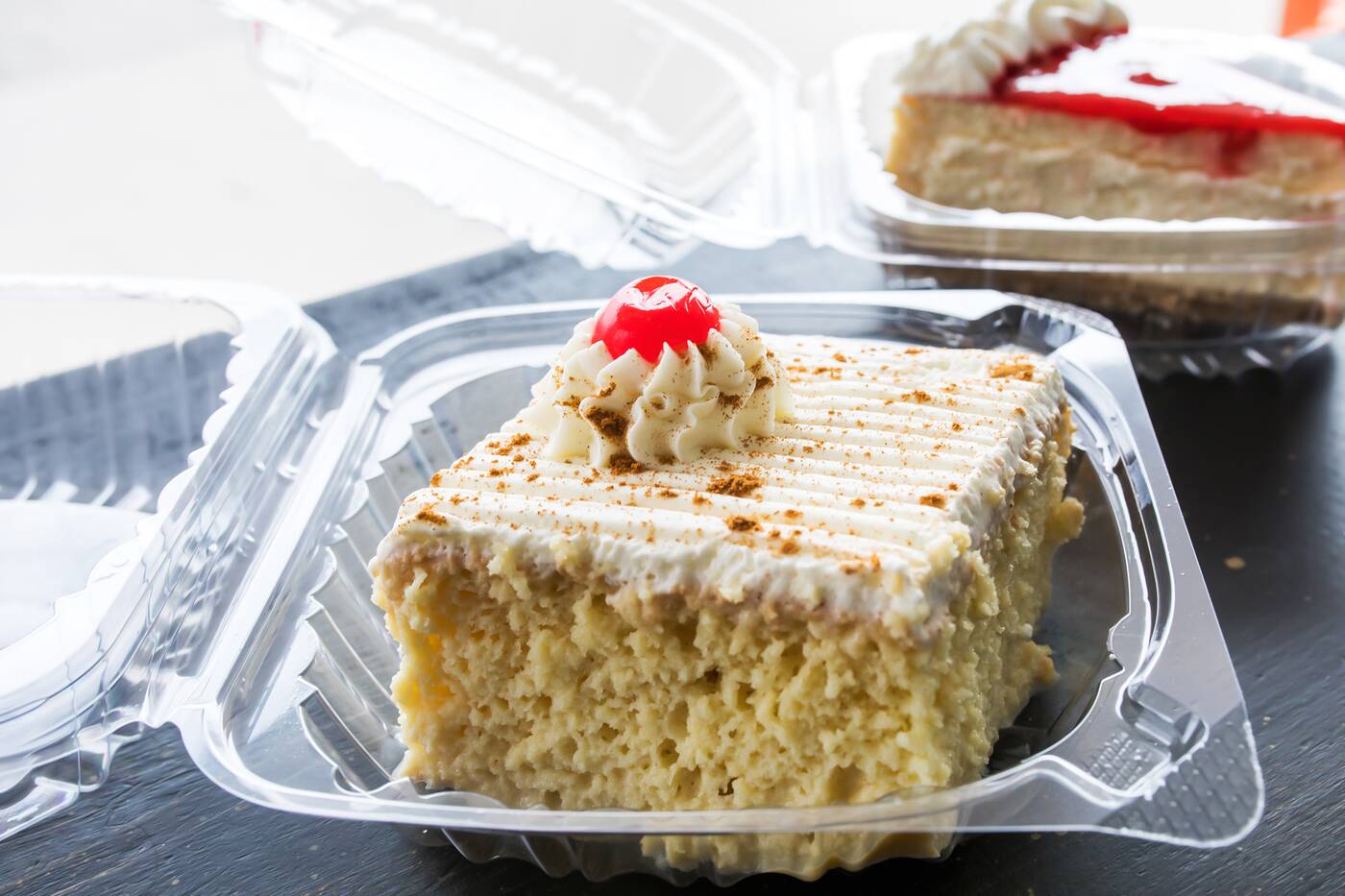 Cheesecakes and dulce de leche cakes can be found behind the counter for dessert. 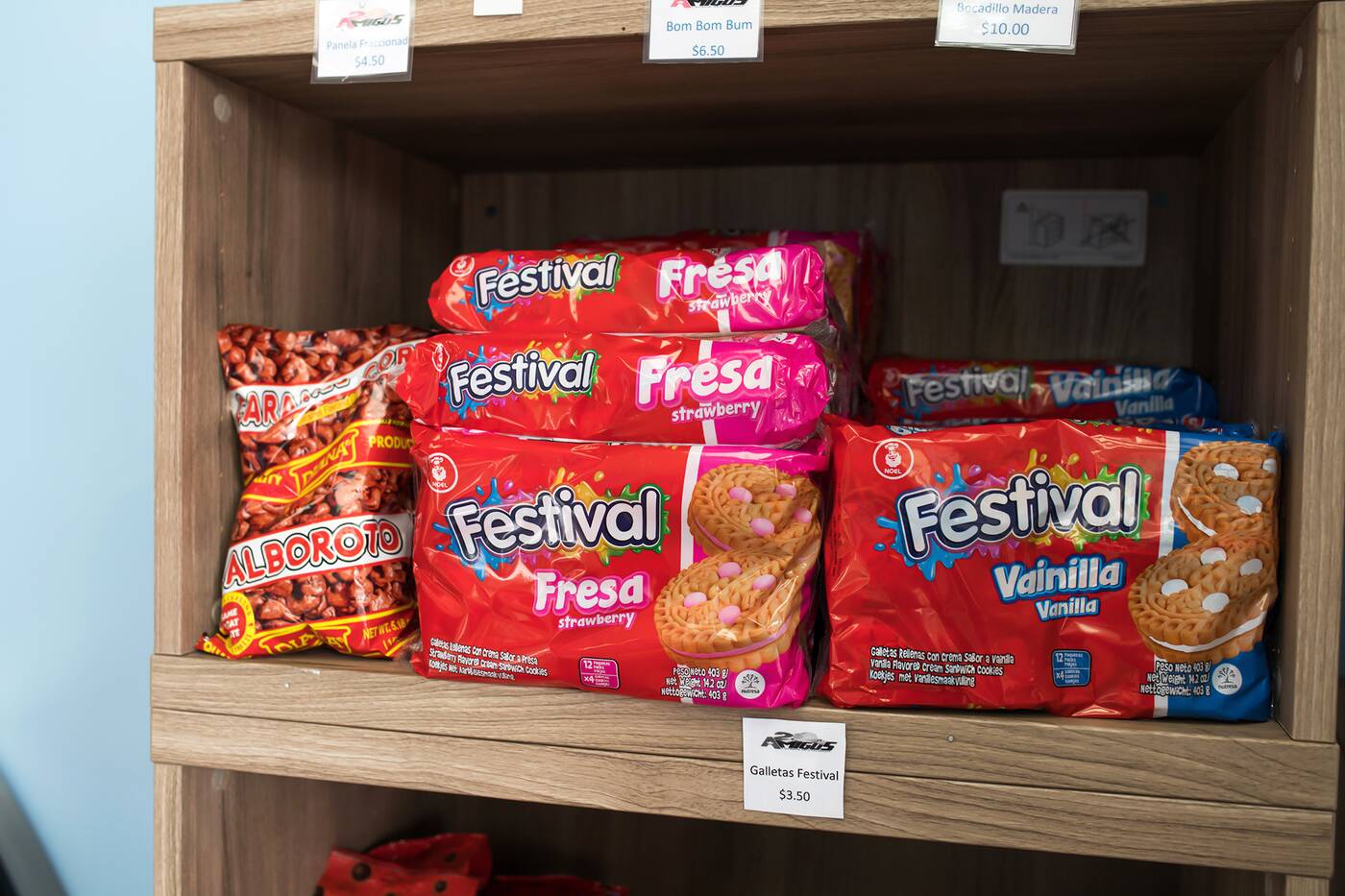 You could also go for one of the packaged Latin cookies or sweets that line the shelves near the counter instead to satisfy your sweet tooth.

2 Amigos is worth a visit next time you're in the area, with plenty of Latin staples, both on the menu and the shelves, to choose from. 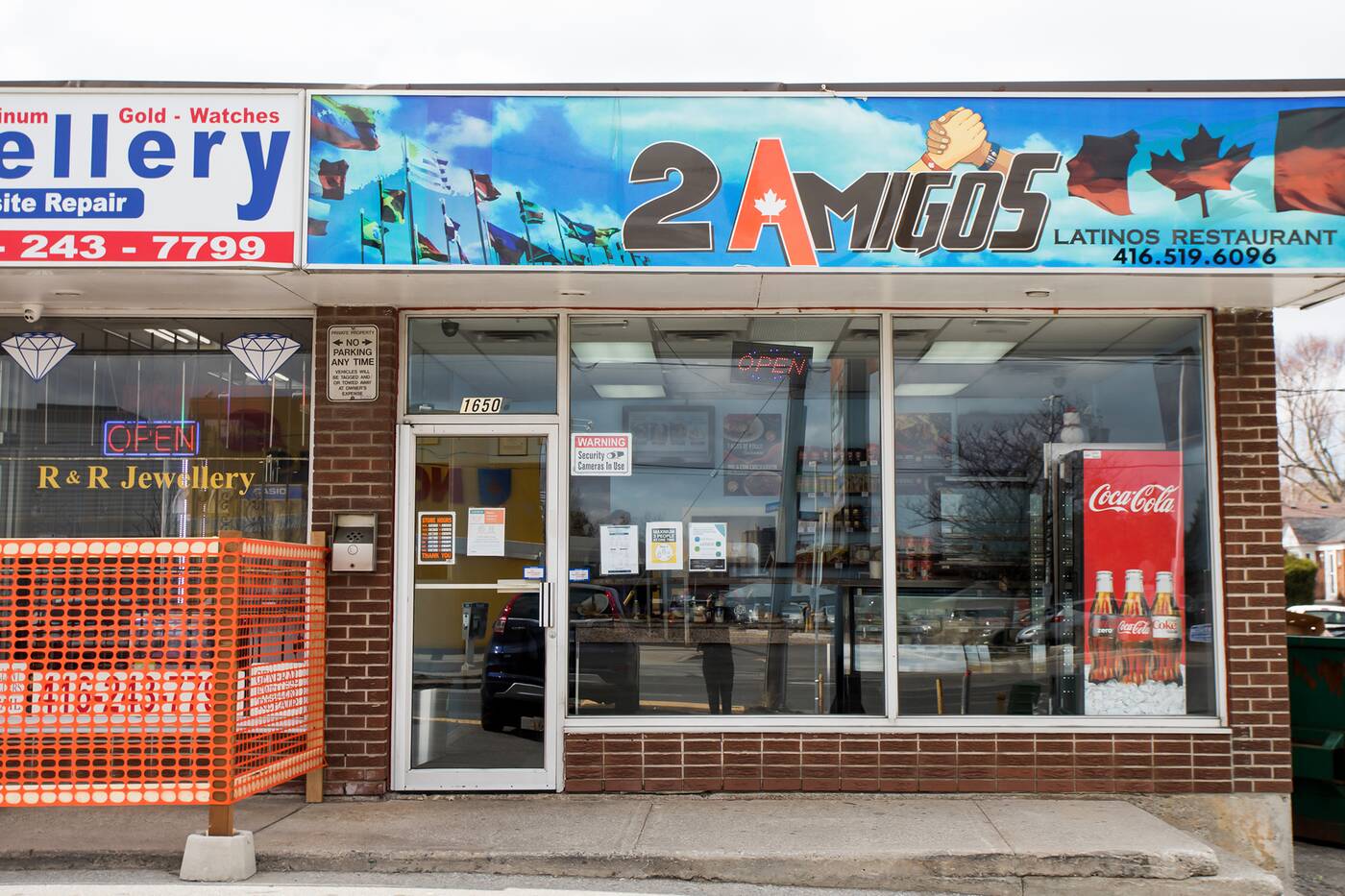