Trying to decide whether you should rent or work towards owning a home?

With soaring inflation and an increasing cost of living, renting is a struggle, and owning a home might feel like a pipe dream.

It’s even harder if you live in major cities like Toronto or Vancouver where the average rents makes the national record high look cheap.

Luckily, online real estate marketplace Point2Homes analyzed Canada’s 50 largest cities to compare how much homeowners and renters spend on housing costs, and which places are the cheapest and most expensive to rent or own a home.

So, if you’re looking to weigh the pros and cons of renting or owning, and wondering which cities won’t break the bank, read on.

The cost of owning versus renting

However, more than 85% of homeowners spend less than 30% of their income on monthly housing costs compared to almost 67% of renters.

While the number of owners (9,955,975) is almost double that of renters (4,953,840), the report found that the latest Census shows the country’s homeownership rate declining.

“The gap is narrowing as renter households grew three times faster this past decade — proof that home ownership is becoming increasingly out of reach,” reads the report.

“Historically high prices and market volatility steer more and more Canadians away from owning their own homes.”

It adds that monthly housing costs are also a factor in more people renting, with renters spending on average $289 less than homeowners on housing expenses.

Now that you’ve seen the stats, which cities have affordable rent, and which ones will make crush your dreams of ever owning a home?

According to Point2Homes, the top four cheapest cities to rent or own a home are located in Quebec.

Trois-Rivières, QC, takes the top spot for both renting and owning. Renters pay $676 a month for housing costs while owners pay $956 a month. 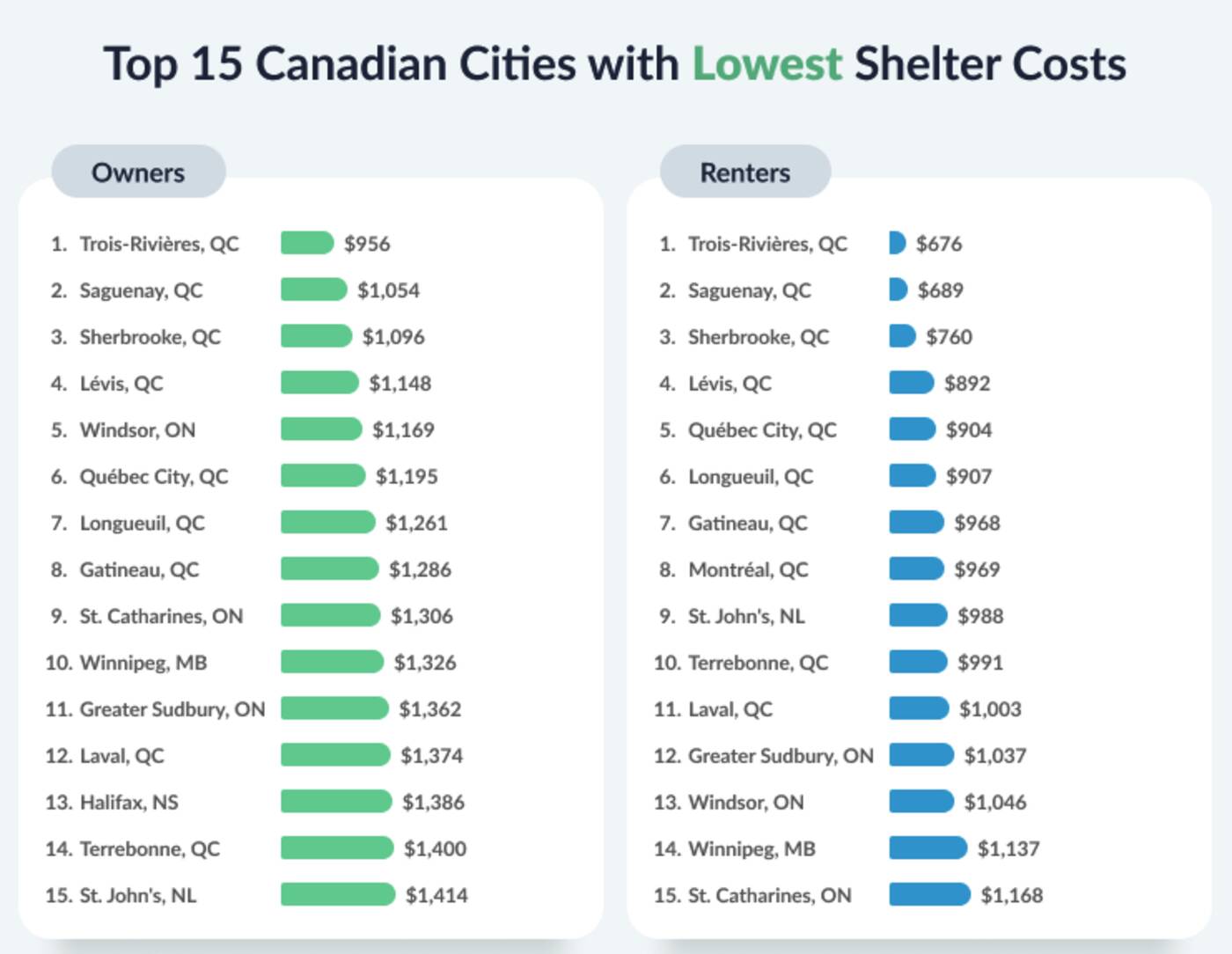 Compare that to the city with the highest housing costs. Oakville, Ontario. tops that list where renters pay $2,146 a month and owners spend $2,384 a month on housing costs.

“On a monthly basis, residents of Oakville, pay three times as much as those of Trois-Rivières,” reads the report.

Unsurprisingly, Point2Homes found that cities in Ontario and British Columbia deal with some of the most expensive housing costs in the country.

Four cities in the Greater Toronto Area rank highest for most expensive with renters and owners paying over $2,200 a month on housing costs.

Vancouver surprisingly ranked lower on the list at $1,660 for renters and $2,084 for homeowners. 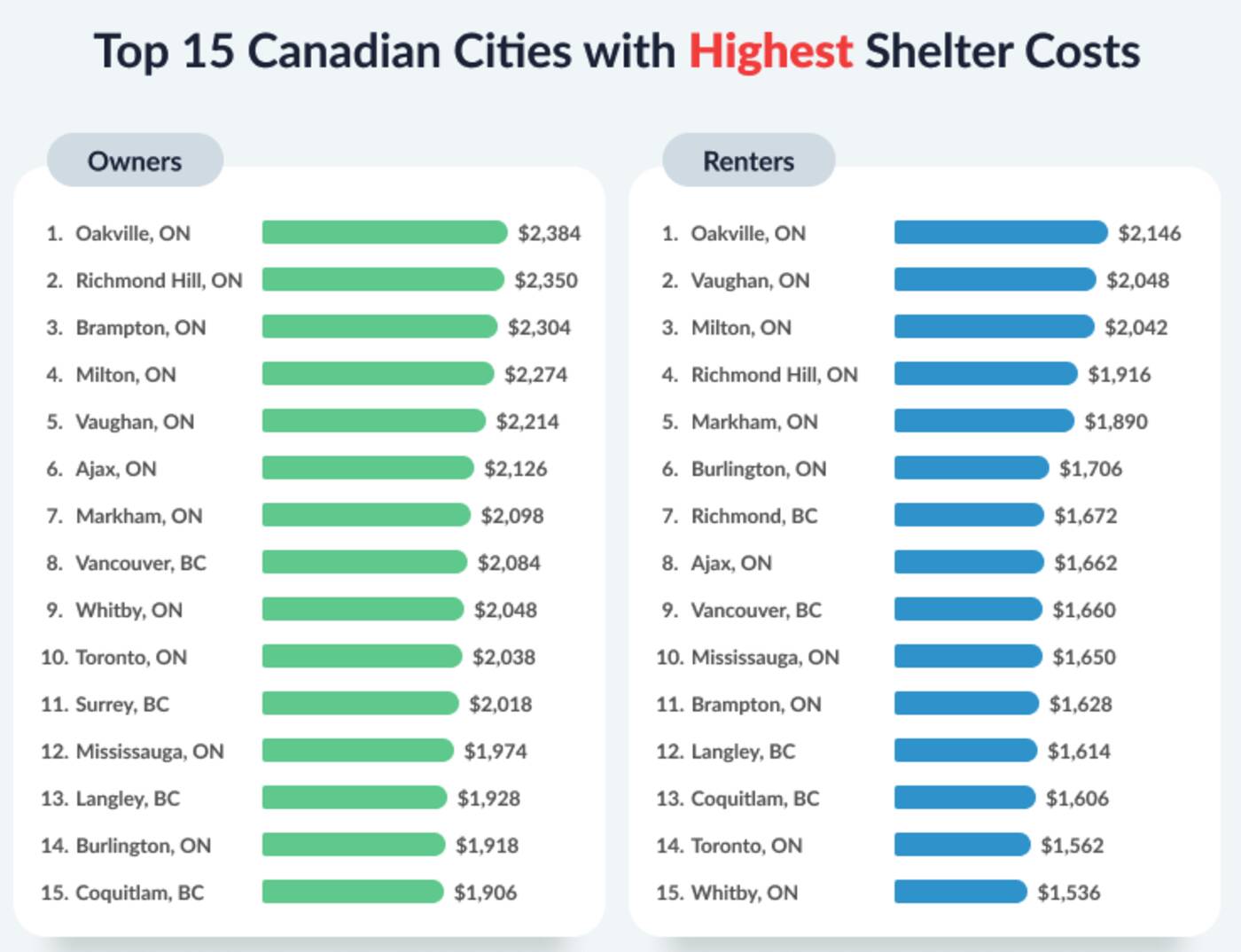 Which city would you consider moving to?