Accordion-shaped condo tower would eclipse a block of Toronto bungalows

Toronto's outdated zoning laws mean that many locations a developer should probably be able to get away with density, like, say, half a block from a subway station, remain populated by tiny homes.

A perfect example comes in a fresh proposal for 280 Viewmount Avenue, just steps from Glencairn subway station on the western leg of the TTC's Line 1.

The new application submitted on behalf of Altree Developments seeks to bring a 33-storey condo tower to the northeast corner of Marlee and Viewmount.

The site is home to a two-storey building containing businesses and apartments along Marlee Avenue, and a small bungalow along Viewmount Avenue, all of which would be demolished to make way for the proposed condo tower.

A planning report prepared on behalf of the developer indeed argues that, despite the height discrepancy, the plan "conforms to and is consistent with provincial planning framework including policies pertaining to settlement areas, intensification, transit-supportive development, compact urban form, compatibility with the surrounding area, infrastructure and urban design." 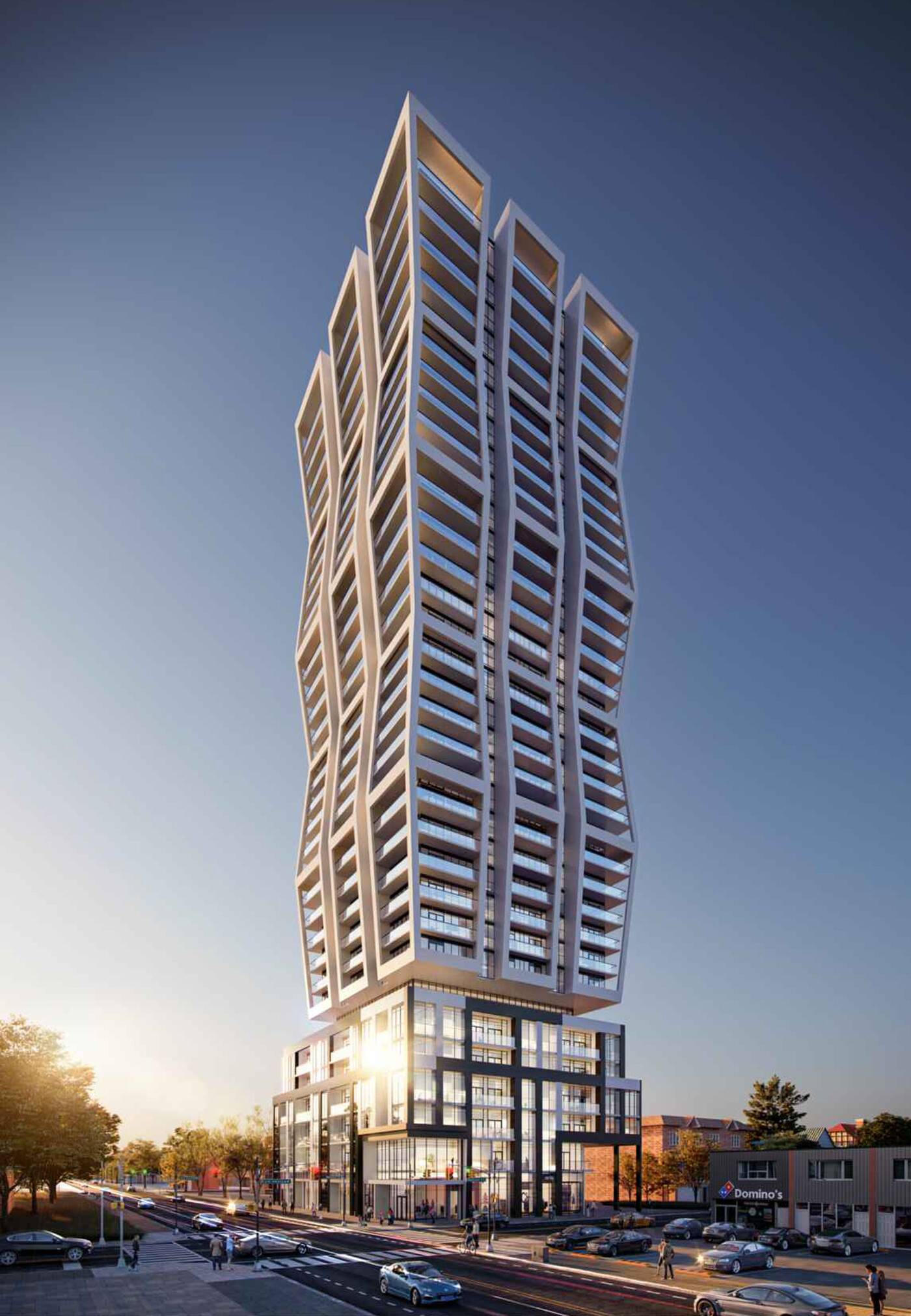 The lone rendering of the tower may be flashy, but G+C projects have a bit of a history of overpromising in renderings. Their best-known and tallest project to date is the behemoth 78-storey Aura at College Park, which has proven to be one of the most polarizing builds of the current development boom.

If approved, the plan would introduce 342 condominium units to the block, proposed in a mix of 80 studios, 156 one-bedrooms, 71 two-bedrooms, and 35 three-bedroom units.

The new residential density would be anchored to the existing retail strip along Marlee through 296 square metres of new ground-floor commercial space.

Joining the growing trend of residential developments taking advantage of relaxed mandatory parking minimums, the project proposes just 85 parking spaces in a four-level underground garage, for a rate of roughly four units to every parking space.

Filling the void of car accommodations, a ground-floor bicycle storage area will hold space for 387 bikes, which, along with the nearby subway station, would be expected to support most of the residents' commuting needs.