If, like most, you've had to face the reality of never being able to afford property in and around Toronto during your lifetime, there's a little-known alternative that can give you the chance to own your own place for cheap — yes, in Ontario, not Alberta, don't worry — but you'll have to be willing to give up big city living to access it.

The communities that comprise Boreal Forest Medieval Villages offer a completely different way of life than someone from downtown Toronto may be used to, most notably when it comes to the cost of living, which is shockingly low for those willing to make the move.

It's been low enough, in fact, to inspire that willingness to do away with city life completely in hundreds of people already. 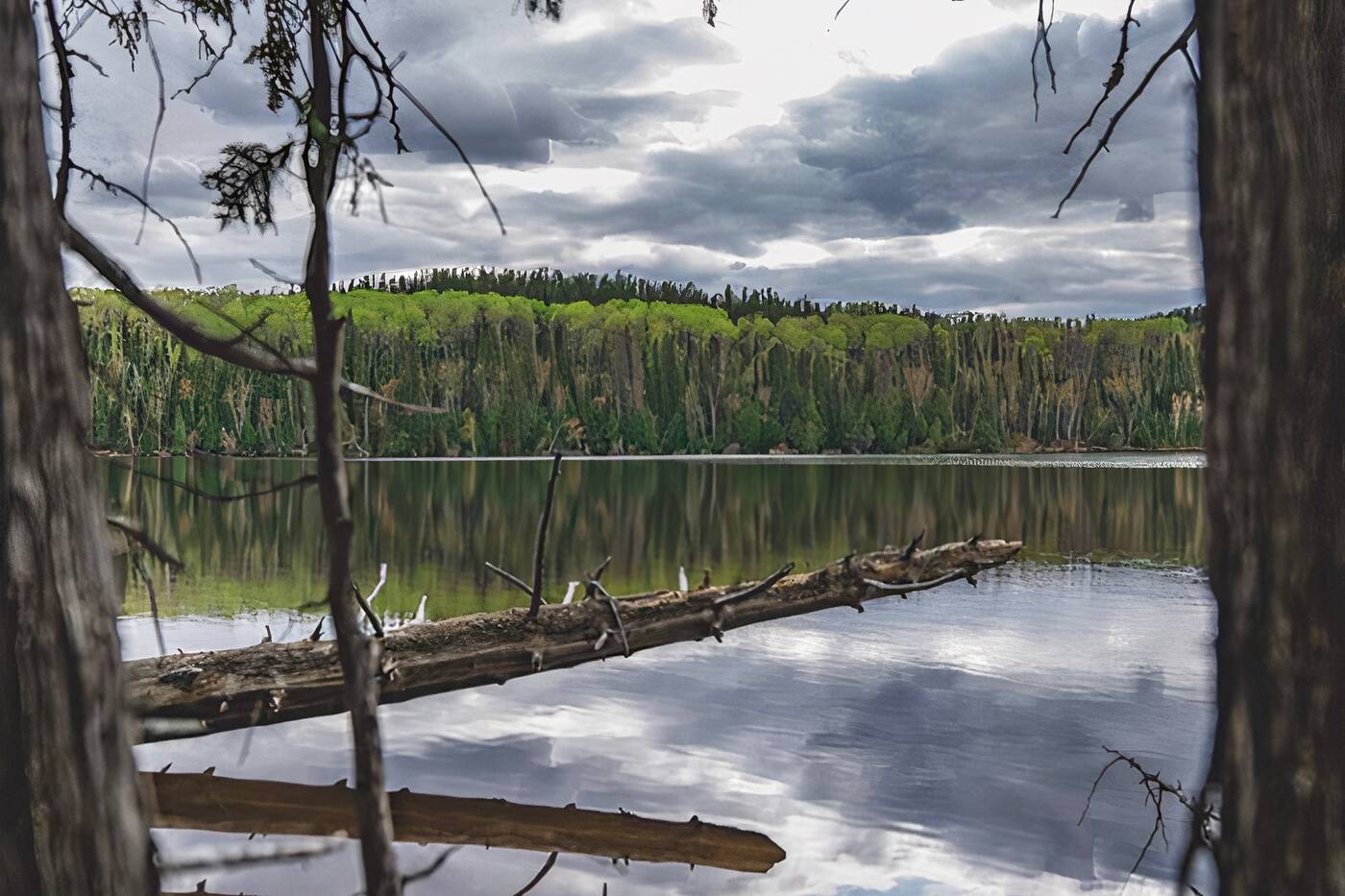 If you're looking for a cheap and very alternative way of life, a stake in one of Boreal Forest Medieval Villages' projects may be for you.

While the average price of a home in the GTA is $1,089,502 as of October, a full set-up in a tiny home on a 0.5 acre lakefront property in a village will run you less than 15 per cent of that price — only $150,000 — according to Boreal project manager Anthony Barrett, whose background was in co-op housing before he got into off-grid living.

"It's driven by people who simply cannot afford to purchase any kind of property in Southern Ontario, especially while wages haven't gone up much in the last 20 years," Barrett says, estimating that more than 400 people are either actively living on or planning to live on one of the four sites scouted by the organization.

Among those 400 are his own children and grandchildren, who he has set up with lots there as "they'll never be able to afford a house in Southern Ontario, ever."

Together, Boreal's projects currently cover nearly 900 acres of unincorporated land about six hours north of Toronto, but plans are expanding fast, with opportunities to live oceanfront in Panama and New Brunswick now also in the works.

Given that the properties are all off-grid and outside of any municipality, the usual permits, zoning and associated fees and oversight do not apply, enabling residents to build homes faster — and yes, cheaper. 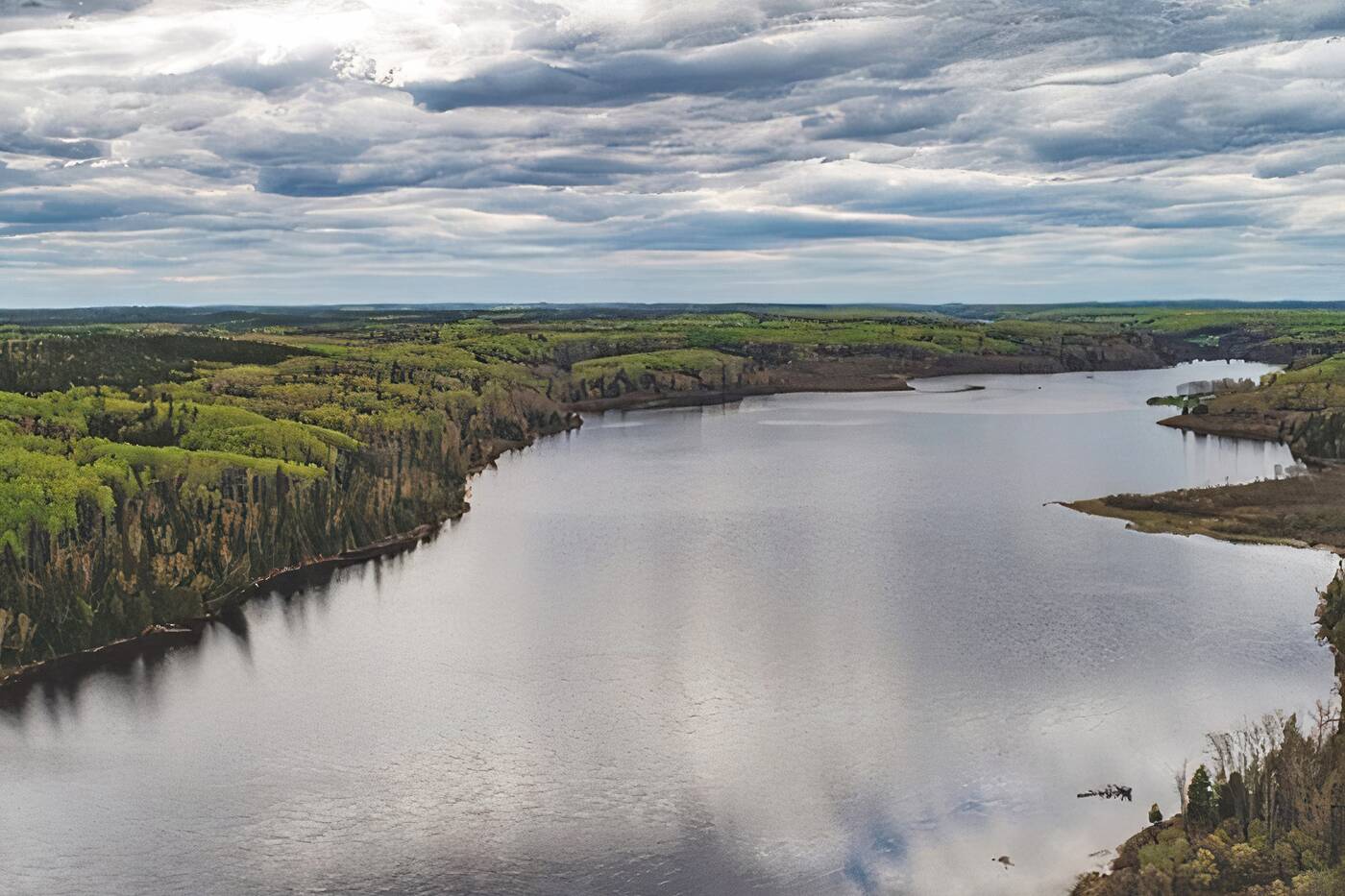 All communities are lakefront, with all current ones north of Toronto, and others in the works in New Brunswich and Panama.

The model is a unique one: Boreal Forest Medieval Villages sources properties, which can take up to two years, conducts land surveys and environmental assessments, builds necessary infrastructure like roadways, and then transfers the land over to a group of investors who lease it back to themselves.

"We buy as a group so we can keep the prices down to the absolute lowest," Barrett says.

As a collective, the group owns the property, meaning that it can't ever be sold without unanimous approval. But, individual interests in the land trust — which are usually on 20-year renewable leases — can be sold or left in a will so long as the new resident agrees to all of the conditions set out by an elected board of directors, which takes over after Boreal Forest Medieval Villages steps out of the picture.

The board establishes bylaws, decides how the community will be run and helps determine what will be done with the common parts of the site, which are usually about two thirds of a given property, whether it be reserved for greenhouses to grow food or for a community centre or other indoor space.

While some people are planning to just seasonally camp and others are towing in pre-certified tiny homes or building more permanent structures, the way of living manages to both hearken back to simpler and less expensive times and also utilize the latest in 21st-century technologies: solar panels, electric outboard motors, Starlink satellite internet, and incinerator and compost toilets among them. 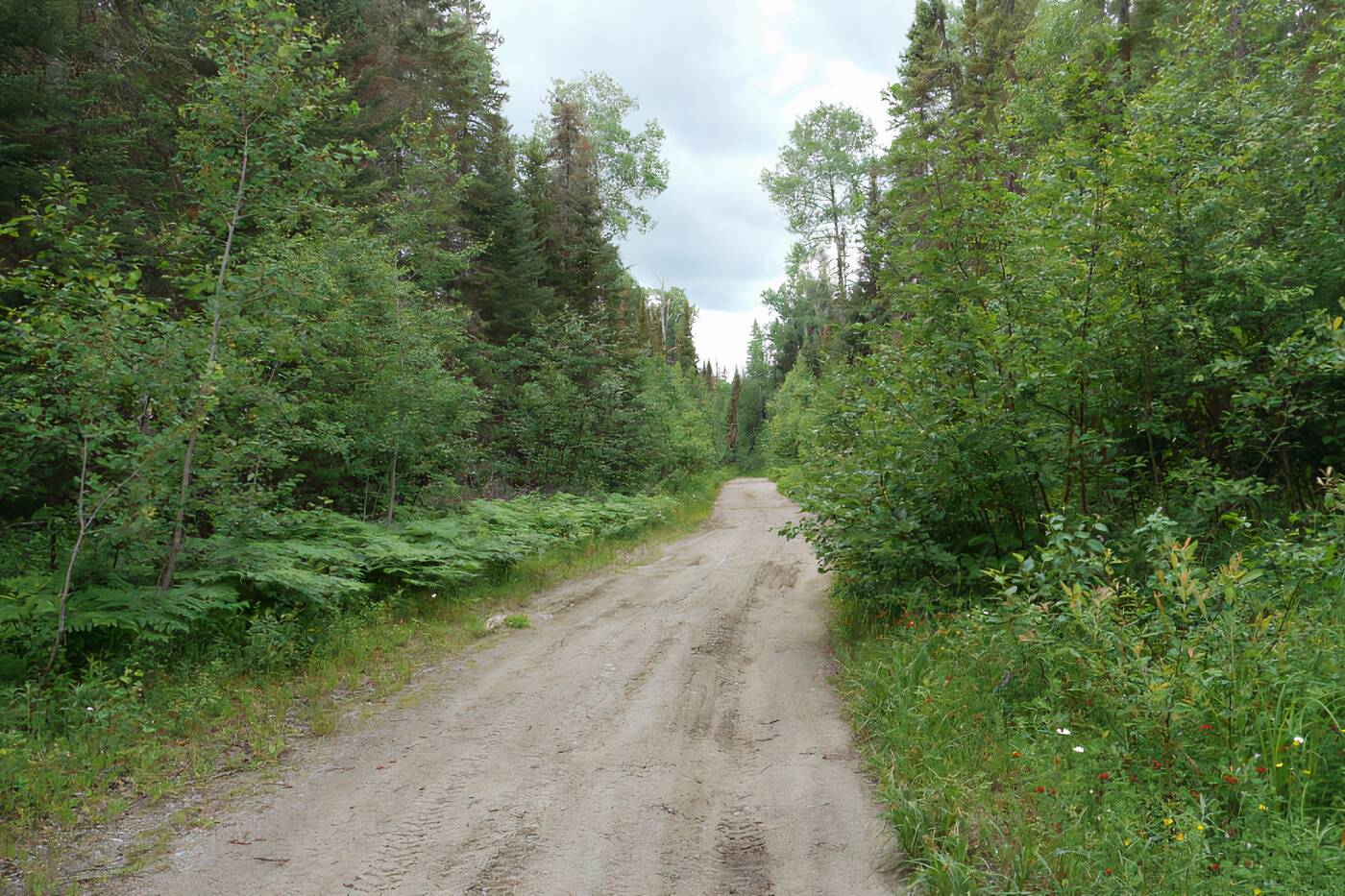 Boreal Forest Medieval Villages takes care of finding the property, land assessments, and basic infrastrucutre like roads before an elected board of directors takes over.

Barrett says while the off-grid aspect necessitates and enables the use of these eco-friendly options and conservation of services, the main ethos of the villages, along with keeping costs for residents extremely low, is having zero environmental impact.

"Septic systems will eventually break down and leech into the lakes, and we just don't want to do that," Barrett says.

"There's a lot of cool technology out there now but a lot of municipalities don't recognize it. None of this stuff is new, in some cases it's third-generation. There's a huge market for that and it doesn't drain on the [neighbouring] municipalities that way."

Neighbouring municipalities are, unfortunately, the source of one of the few major pushbacks that the communities have encountered, with local politicians fearing that too many residents living on nearby unincorporated land will lead to more need for their services by people who don't actually live in their towns or pay their taxes.

Barrett explains that, as it stands now, the villages provide all of their own services, but would be interested in negotiating the use of things like firetrucks and crews in the case of emergencies.

"We would be happy to just pay for those services of theirs that we use... but this [way of life] is just so different for them that they would just prefer that we go away." 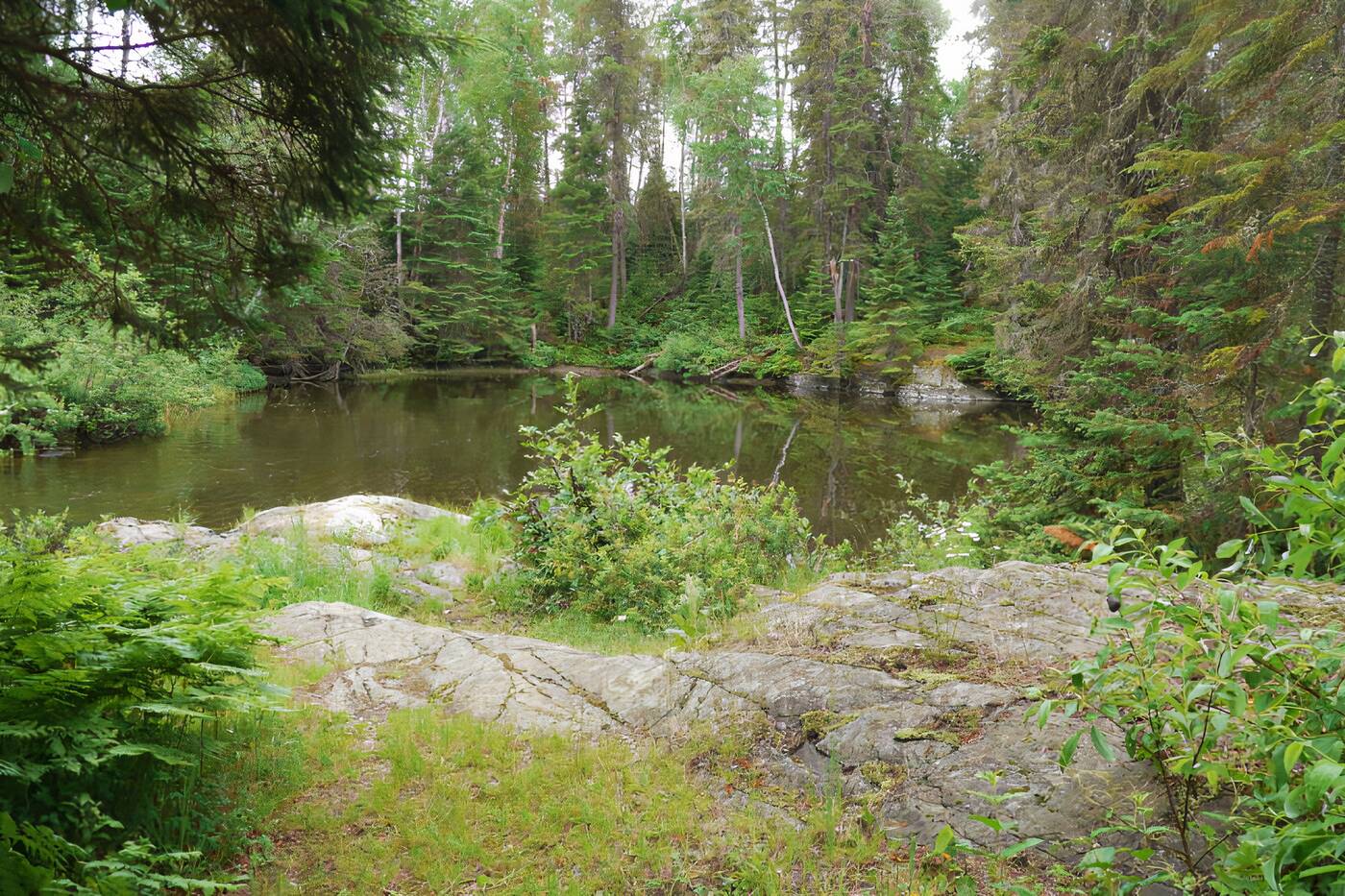 The spaces are dreamy and the epitome of "roughing it," but Barrett says the residents who are signed on are looking for something different and are definitely up to the challenge.

But this far into the development of the communities, with so many residents bought in and ready to change their way of life, Barrett maintains that "that's not going to happen."

"We are following all of the government regulations and laws and we're prepared to pay our fair share of taxes. People aren't going up there to avoid taxes, they're going up there to be able to live, to purchase property and have some equity."

He points out that for municipalities which are under-populated or losing their populations, an influx of more people potentially using and paying for their services could be seen as a great opportunity — an opportunity just like it is for the residents who are opting for this new (old) way of life.

"It's not the answer but it's certainly a part of the answer. We're getting people from all over the spectrum... retirement people, new Canadians, people who cannot and will not afford to live in the GTA," Barrett says.

"It gives people some hope. We get a lot of younger couples who see this as an opportunity and because it's so affordable... It's a completely different world. To me, this is a bit of a lifeline for people to have property. There may be lot more to [the way of life] than we're used to but I think we're up to the challenge."