Rent in Toronto is so high that it has surpassed most people's monthly income, a new report has found.

According to Rent Panda's Canadian Monthly Rental Report for October, the average individual in Toronto spent 119 per cent of their income on rent last month.

The figure is based on the city's average income and average rental rates. The only less affordable Canadian metropolis included in the report was Vancouver, where the average resident spent 124 per cent of their income on rent in October.

Toronto's unaffordability is driving the need for "creative housing solutions," the report noted, including roommates, multi-generational housing, and subletting. It also leaves tenants with less financial security, and landlords with less confidence that rent will be paid each month.

According to the report, larger households face similar levels of unaffordability, with the average family in Toronto spending 74 per cent of their household income on rent in October. As with individuals, the level of unaffordability is surpassed only by Vancouver, albeit by just one per cent. 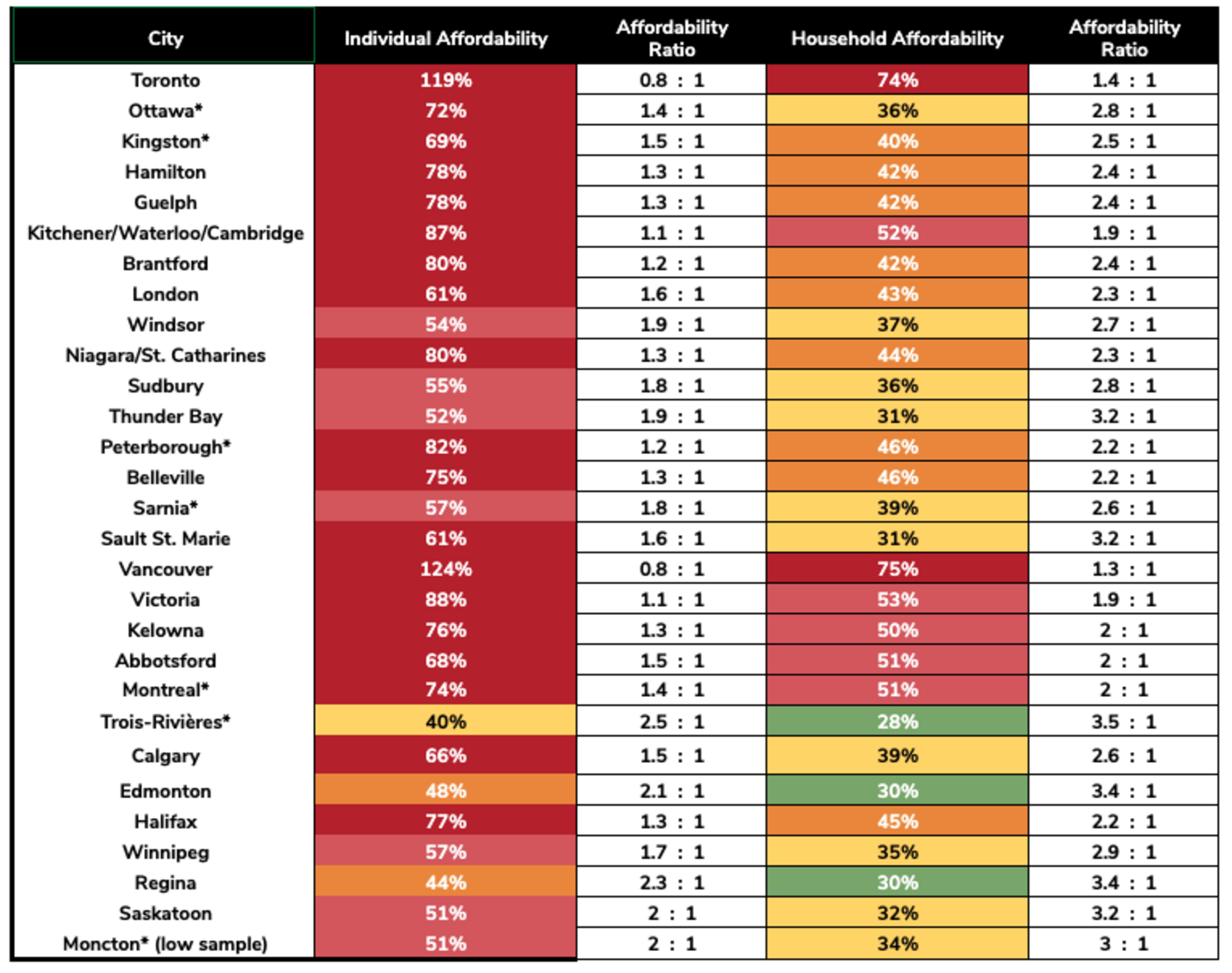 Affordability standards have been "changed forever," the report stated, as the concept of only spending 30 per cent of income on rent has become a thing of the past.

Median rents rose across Toronto in October, with one, two, and three-bedroom dwellings seeing month-over-month jumps of 2.4 per cent, 3.3 per cent, and 5.8 per cent, respectively.

With the Bank of Canada expected to raise interest rates once again in December, the report expects that "more pain" will be felt by renters.

The impact of higher rates will trickle down to tenants for "the foreseeable future," Rent Panda predicts, as landlords look to offset their own increased costs by raising rents.