In what will come as a shock to no one that lives in a Toronto condo, the average unit size has shrunk significantly over the past 25 years.

New data from the Municipal Property Assessment Corporation (MPAC) found that in Mississauga, condos have shrunk 25 per cent in 25 years, dropping to an average of 758 square feet. At 716 square feet, condos in Vaughan are 42 per cent smaller than they were in the '90s.

Markham has seen the most significant decline in the province. The average unit built in the city in the '90s was 1,401 square feet there, while those completed since 2017 are only 772 square feet, representing a 45 per cent drop. 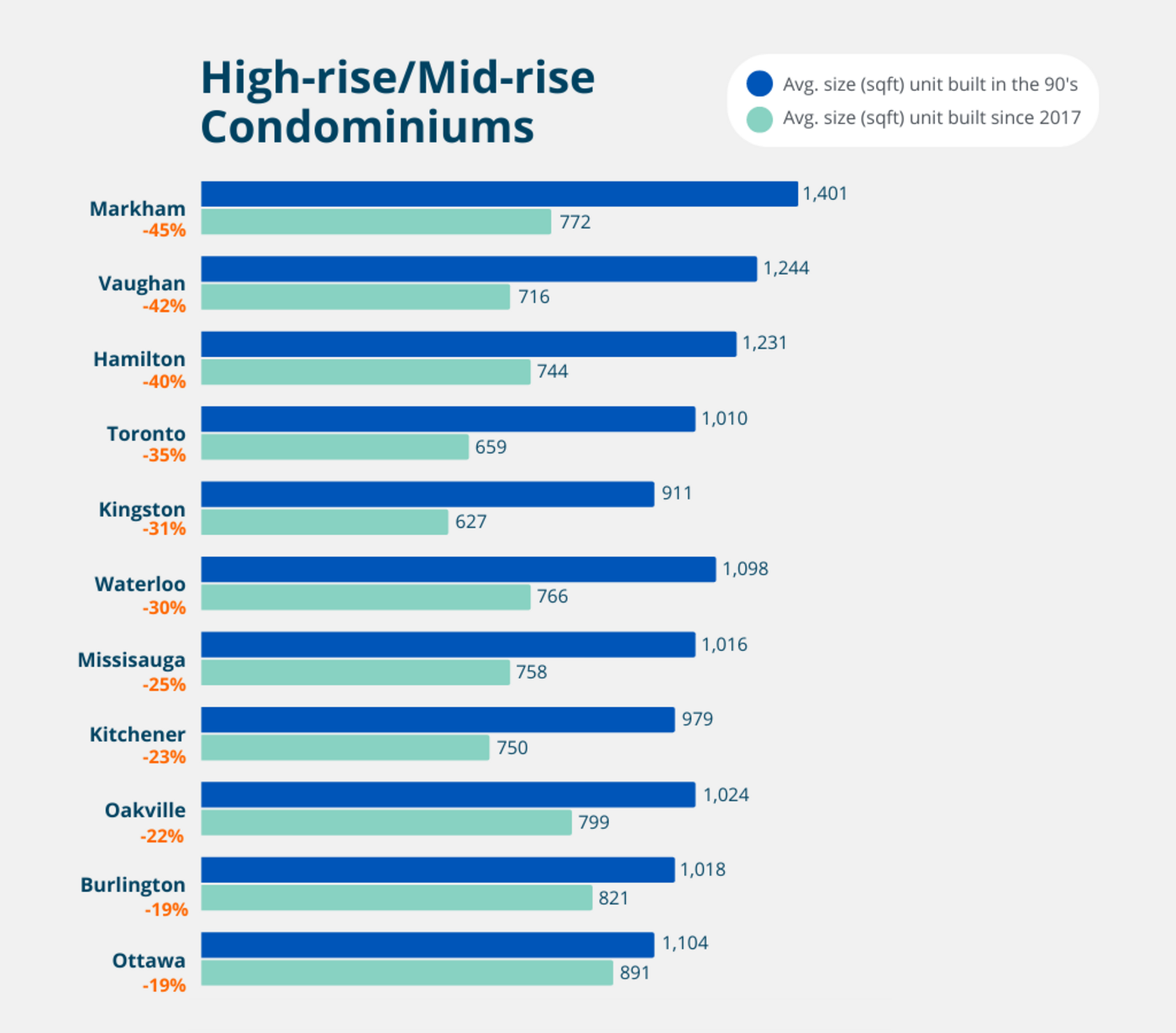 "As land values increase, we see more units on a single property, which means many of those individual units are smaller," said Greg Martino, MPAC Vice President and Chief Valuation and Standards Officer.

"Because condos are traditionally a major entry point for first-time home buyers and investors, the market for the smaller units has remained quite strong."

Across Ontario, condos are, on average, 35 per cent smaller than they were 25 years ago. The shrinking trend extends to the townhouse market, too.

According to MPAC, more stacked townhouses — multiple units constructed vertically on a single lot — are being built instead of traditional row houses.

In contrast, detached homes in Ontario have gotten 25 per cent bigger. In the '90s, the average single family home was 2,000 square feet; today it's roughly 2,500 square feet. 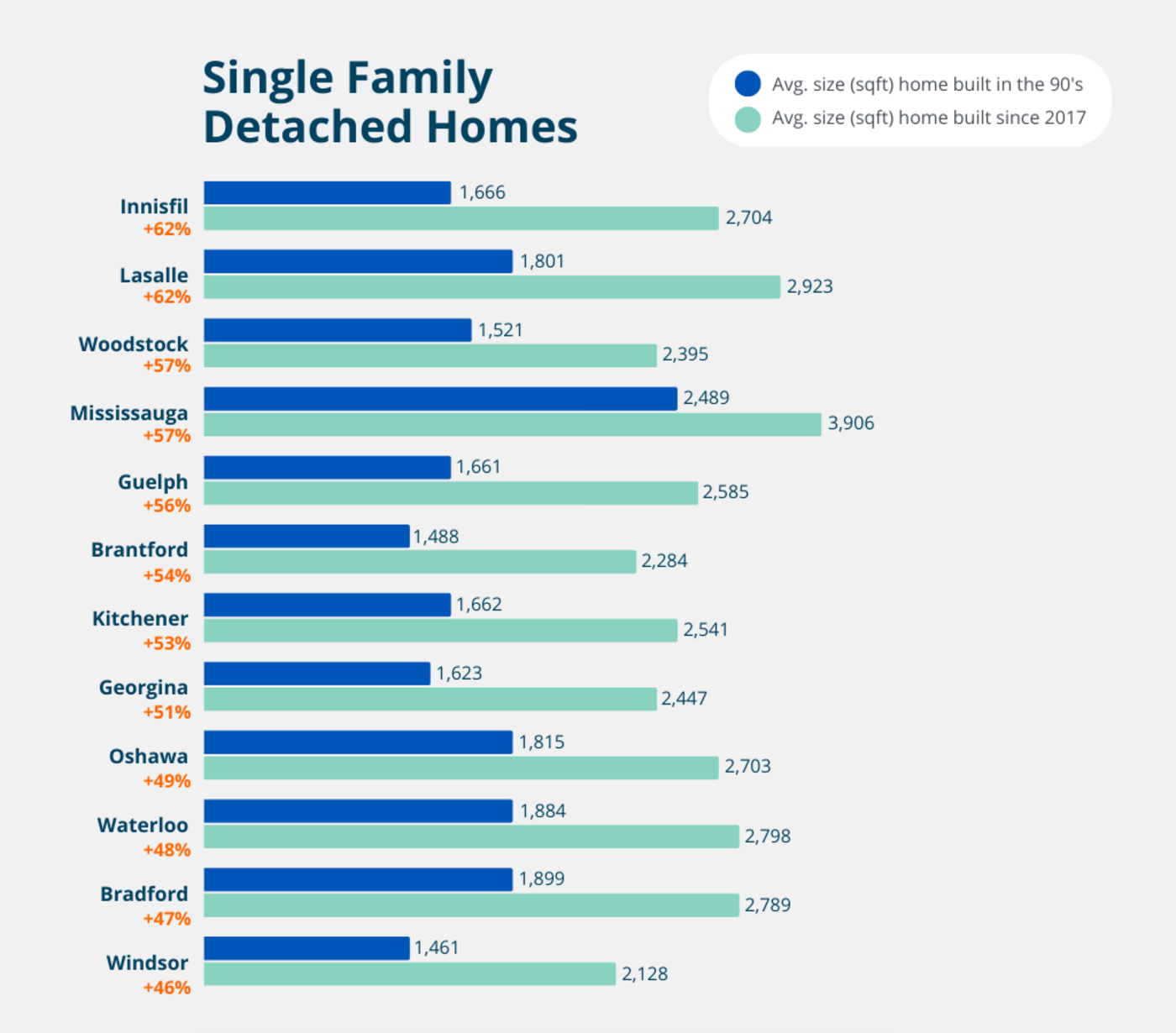 In Mississauga, the average detached home built since 2017 is 3,906 square feet, or 57 per cent bigger than houses built 25 years ago. The sprawling abodes there are also the largest in the province.

Though the average detached home is a slightly smaller 2,704 square feet, the town of Innisfil has seen the most significant size increase in Ontario, at 62 per cent.

"These are long-standing trends that will likely continue," Martino said.

"It will be interesting to see whether the change in consumer preferences and behaviours over the last couple of years, coupled with recent economic drivers, like inflation and rising interest rates, will alter the pattern."