You can already outfit your home with appliances and other home goods from Canadian Tire, and soon, you'll be able to live in giant towers built by the iconic national retail brand.

That's right, Canadian Tire is getting into the condo game with a huge proposal to redevelop its retail property and attached gas station at 835 Yonge Street.

Canadian Tire Corporation Limited submitted a Zoning By-law Amendment application with city planners in September, calling for a pair of high-rise residential towers to rise from the site of their existing store at Yonge and Church.

The plan calls for fraternal twin towers with a design from Adamson Associates Architects that incorporates the retained frontage of the current retail store and includes a replacement location for the existing Canadian Tire presence, minus the gas bar. 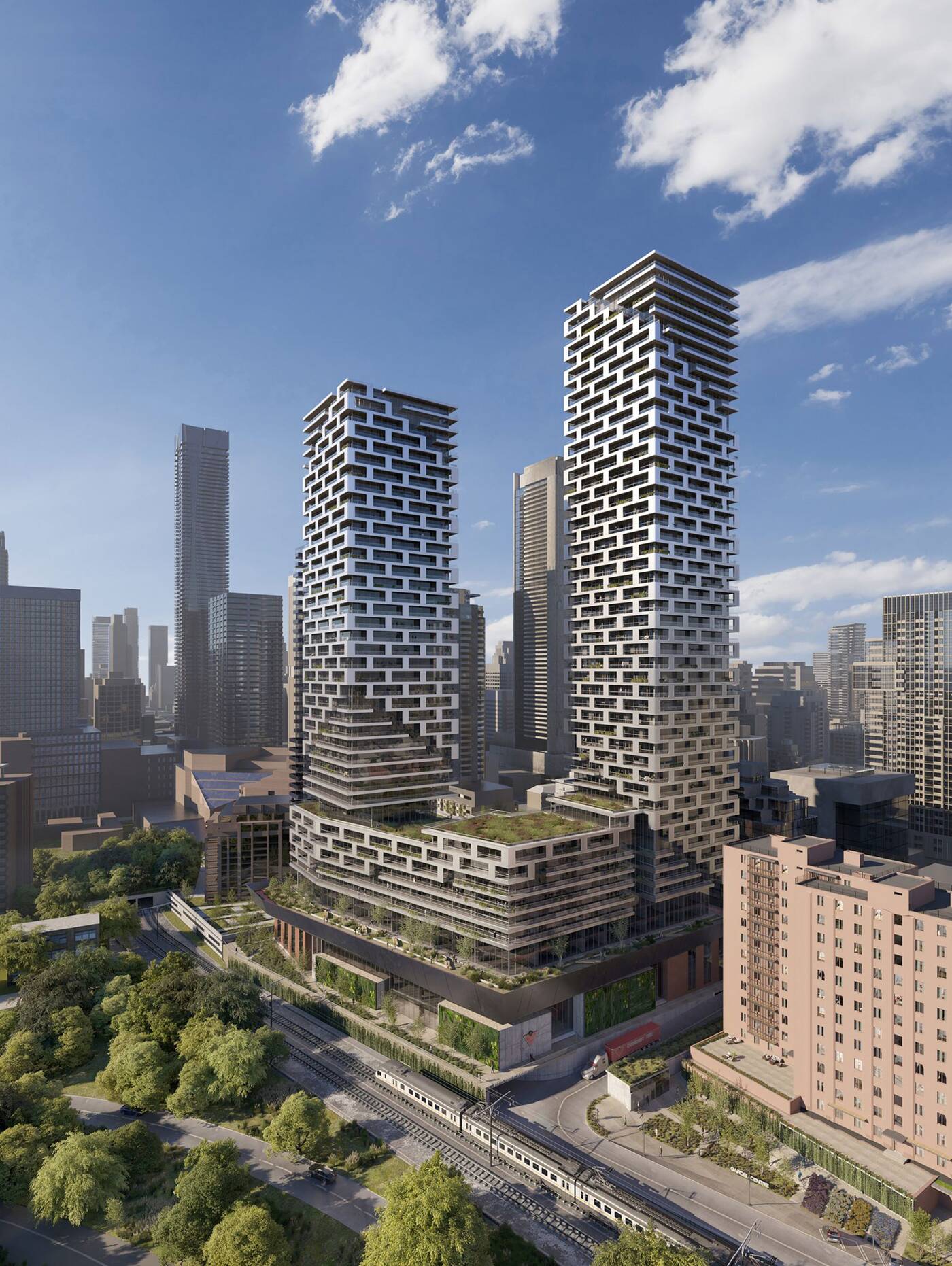 A 49-storey north tower fronting Yonge and a 41-storey south tower fronting the TTC subway corridor, inclusive of a shared ten-storey podium, would include 950 condominium units and a large retail space of 17,663 square metres housing a new Canadian Tire location.

The unit count is broken down into a mix of 665 one-bedroom, 190 two-bedroom and 95 three-bedroom units. 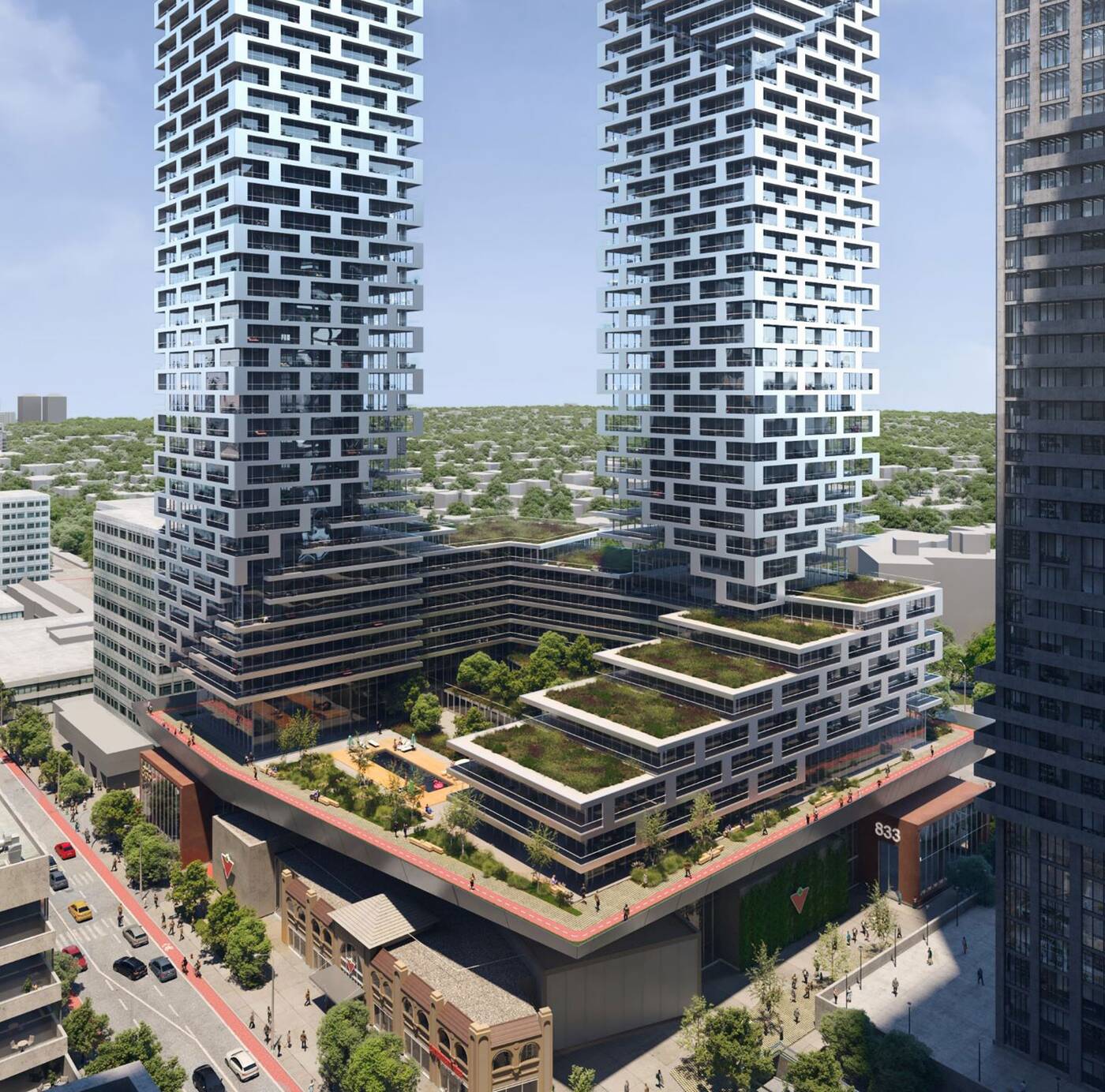 At the site's southeast corner, just south of the retail space, the footprint of the existing gas station would be replaced with a new publicly accessible green space measuring 672 square metres. 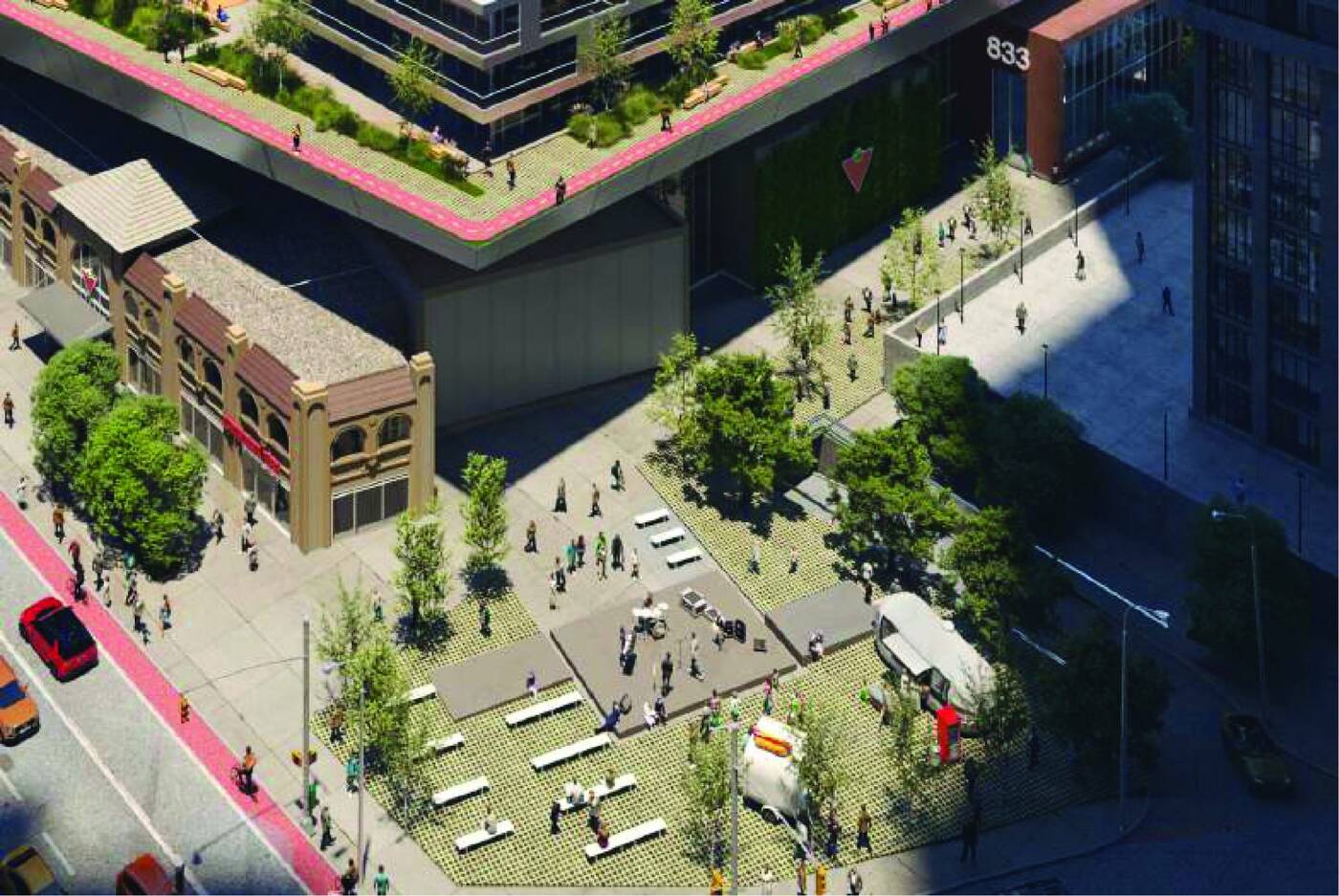 In an interesting twist, this proposal would mark the second instance of facade retention for the current building.

The former Grand Central Markets, a two-storey Spanish Colonial Revival-style building, was constructed in 1935 and purchased by Canadian Tire Corporation the following year.

The building was expanded in the 1980s in an early case of facade retention in Toronto, and is now slated for another facadectomy just a few decades later.

It's still far too early to learn what kind of ridiculous branding Canadian Tire will slap onto its entry into the Toronto condominium market, but it will be interesting to watch this retail giant navigate the challenges of maximizing the value of its urban properties.