This heritage house was designed in 1896 by Toronto-based architect Frederick H. Herbert, who built several prominent homes and buildings around Toronto.

You might recognize some of the iconic Herbert buildings today, such as the Bank of Montreal building on Queen Street West, the Dineen Building on Yonge St. and the Incandescent Lamp Factory on Dufferin Street, anchoring Liberty Village.

The first owner of this grand house at 82 Lowther Ave. (between the Annex and Yorkville) was heiress Elizabeth White, whose father was the wealthy builder George Hazelton White. 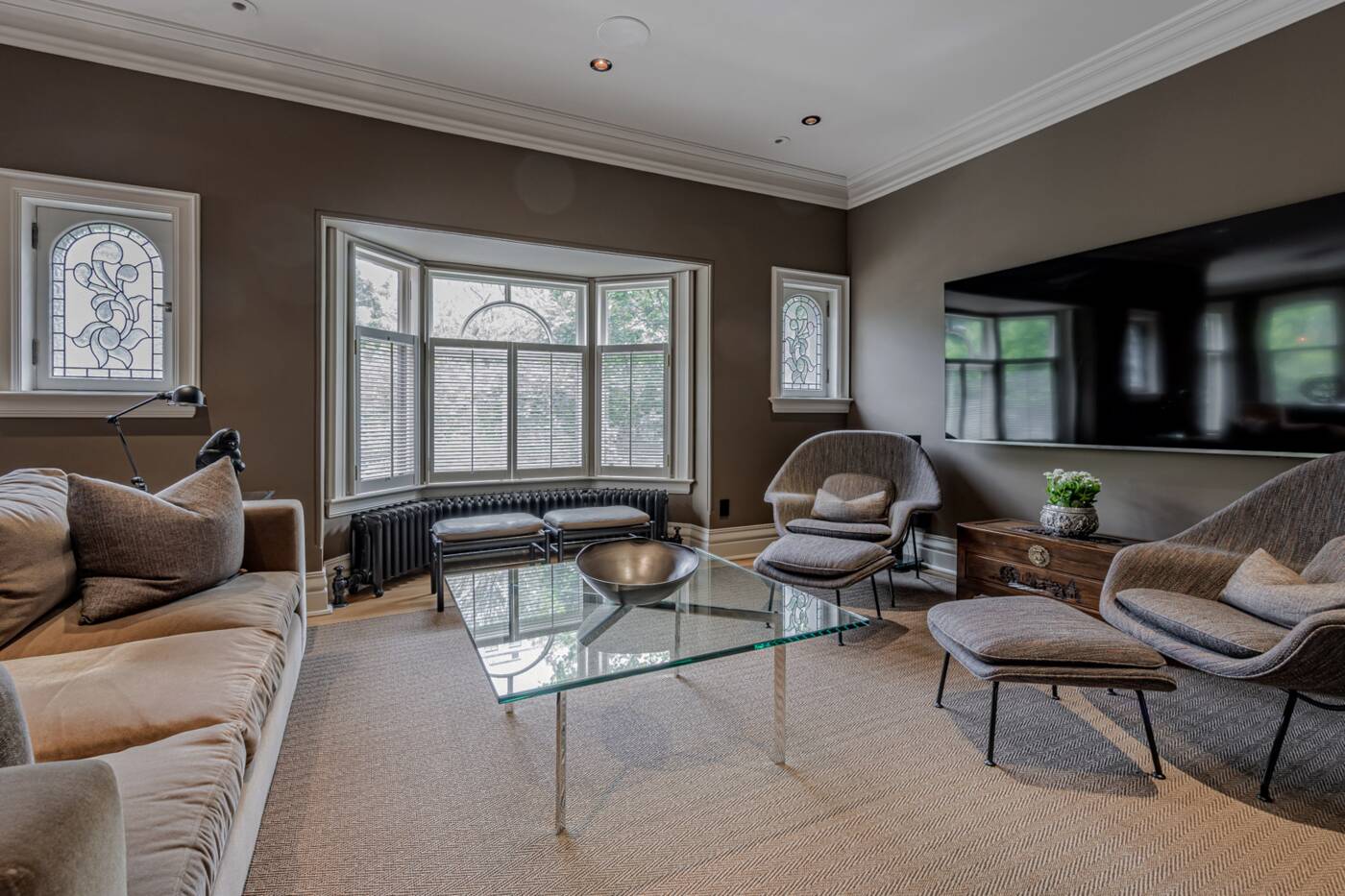 But the interesting history of this home, which now bears the heiress's name, doesn't end with Ms. White. 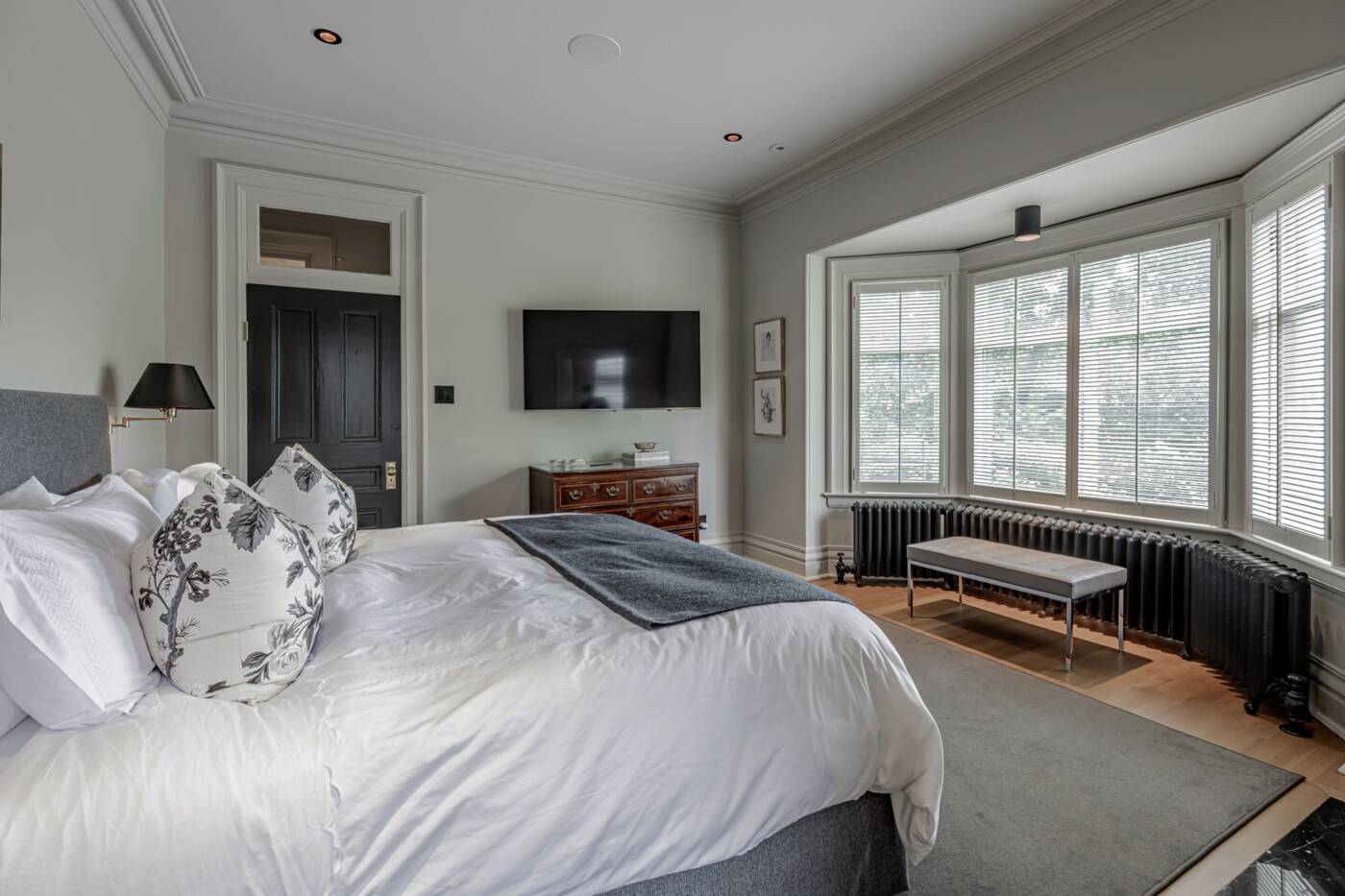 After Ms. White died, the house changed hands a few times before being purchased by Michael and Irene Moskaluk in 1960. 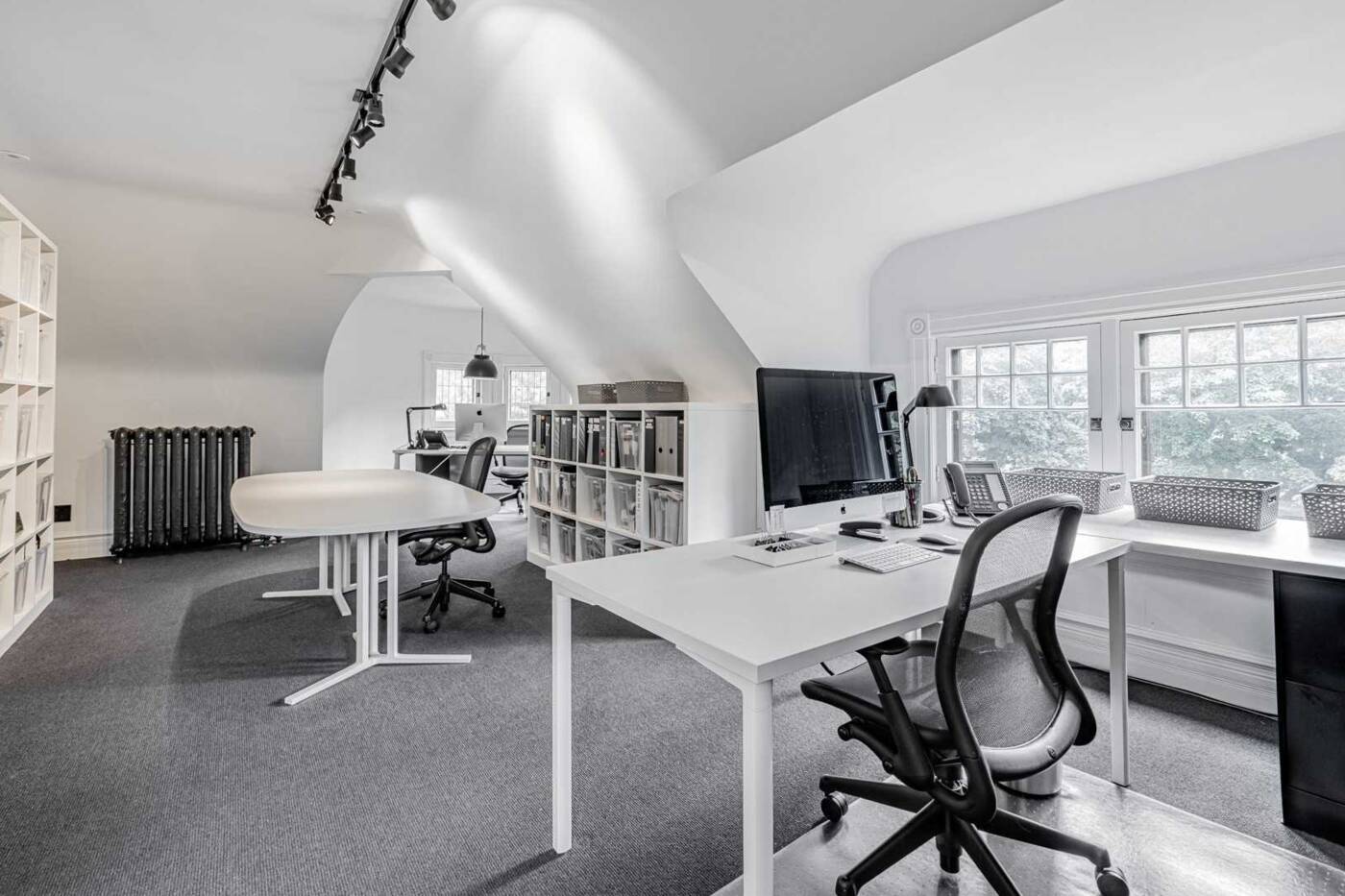 According to an article in The Globe and Mail, the couple created a home for "women who had been treated in a psychiatric hospital and needed support upon their release." 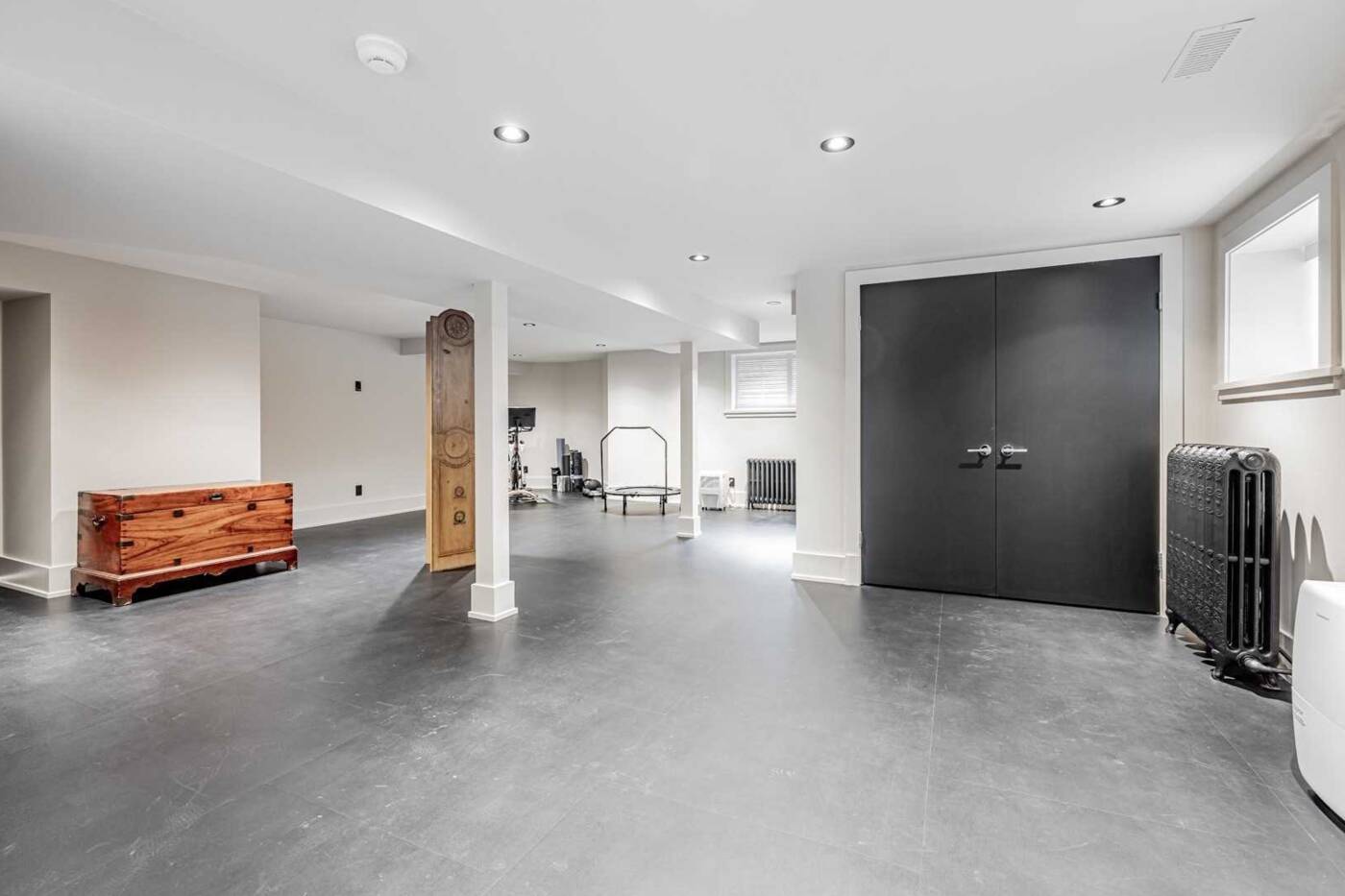 The Moskaluks made plenty of renovations to the Queen Anne Revival Victorian home to make it suitable as a group home, such as installing fire doors, alarms, and subdividing some of the rooms. 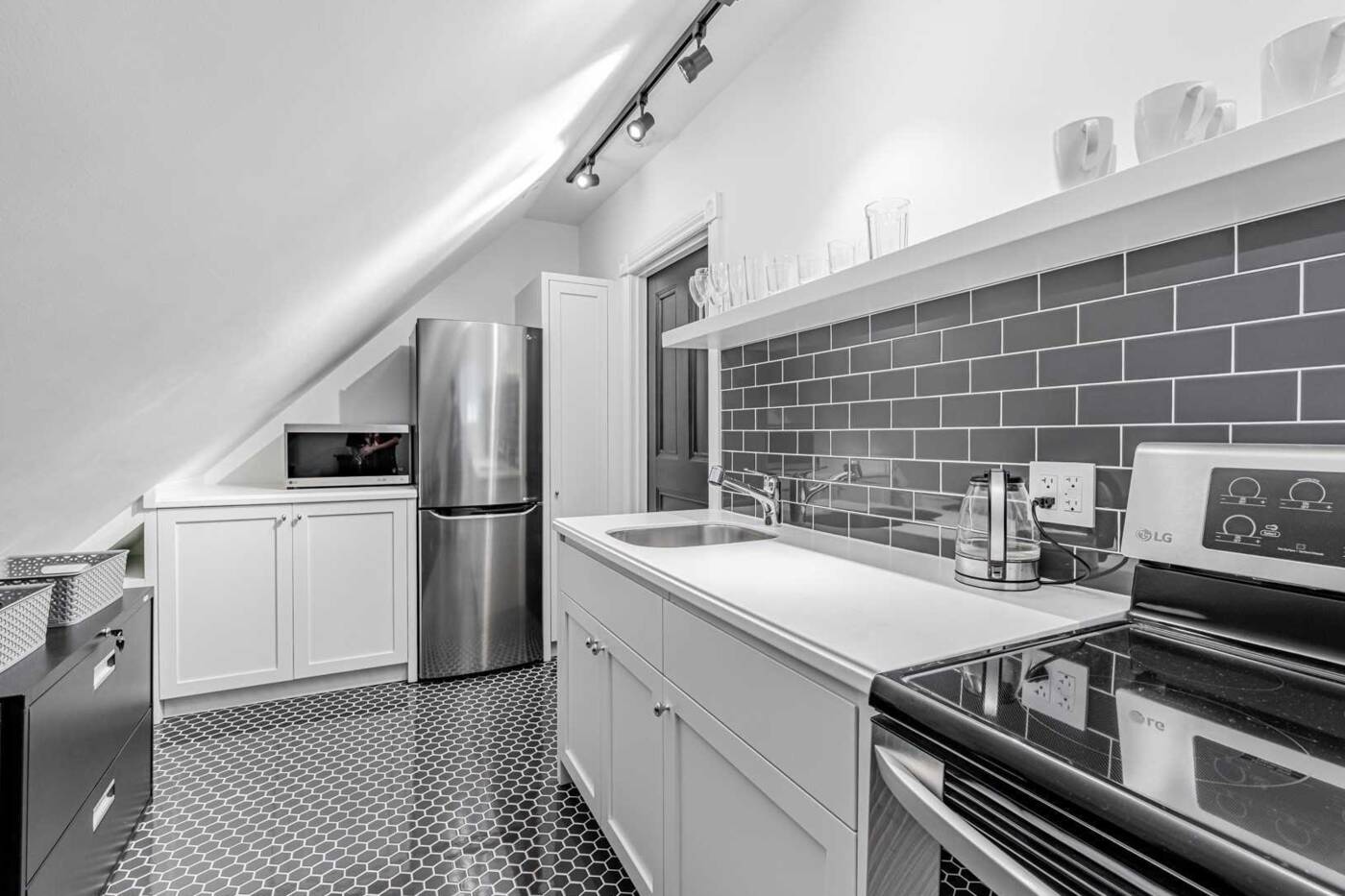 The home remained a group home for women all the way up until 2003 when it was bought by Wayne Brandt. 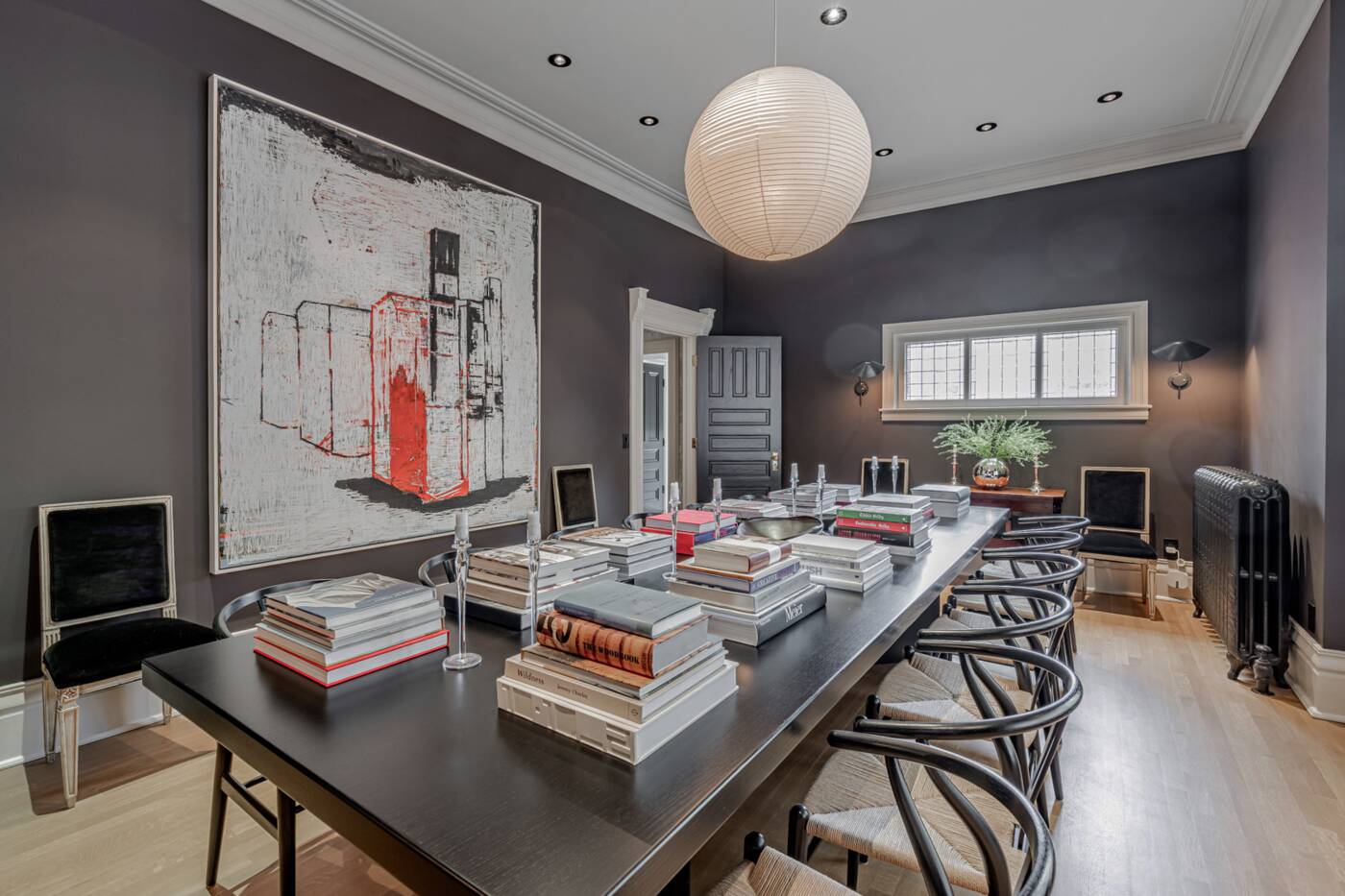 Brandt decided to make it back into a single-family home and hired the services of Clifford Restoration, who usually work on projects as large as Toronto Old City Hall and the MaRs Centre. 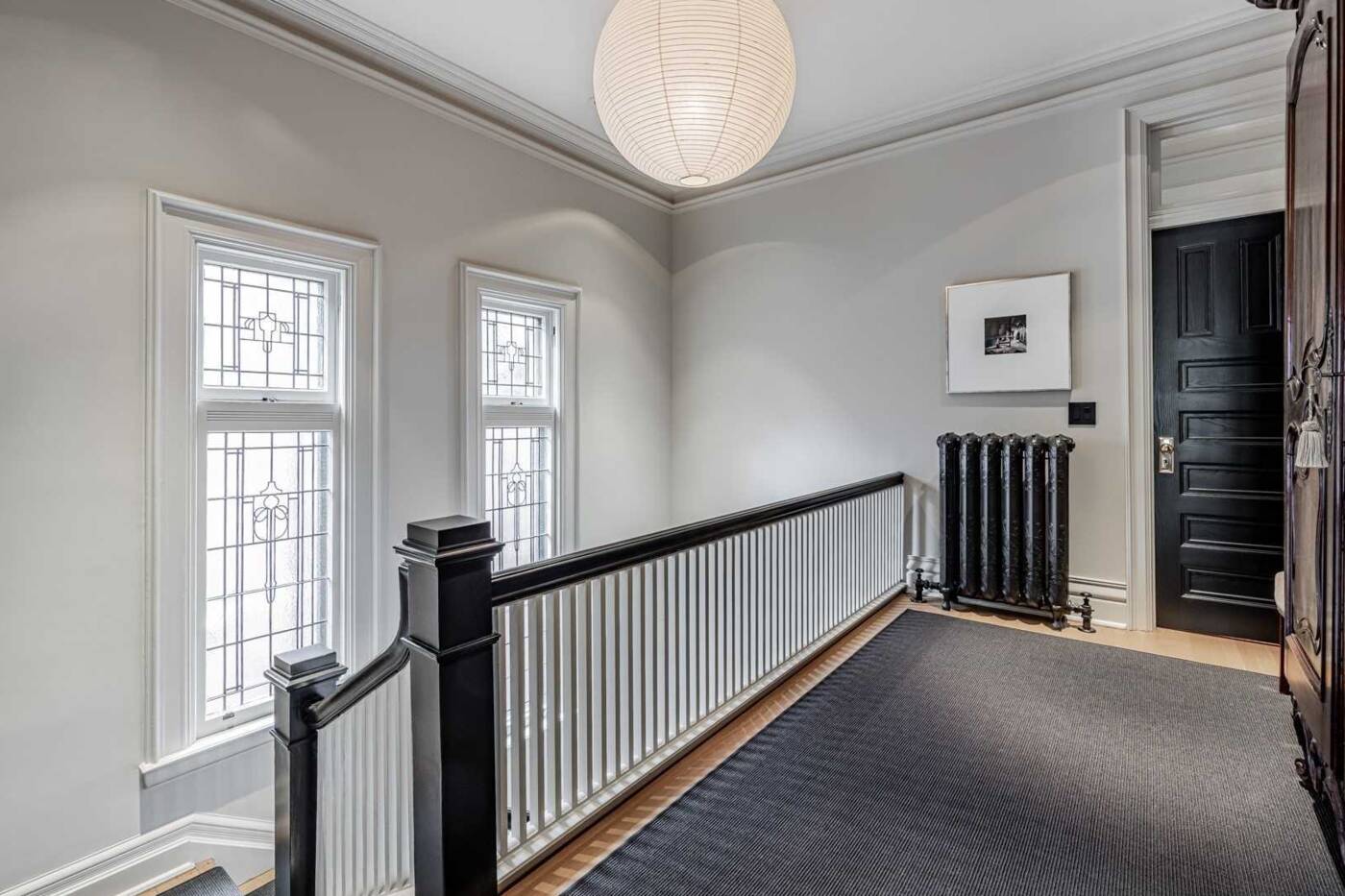 This massive undertaking was supported with a grant from the City of Toronto Heritage Fund, and now the home is an officially designated heritage home. 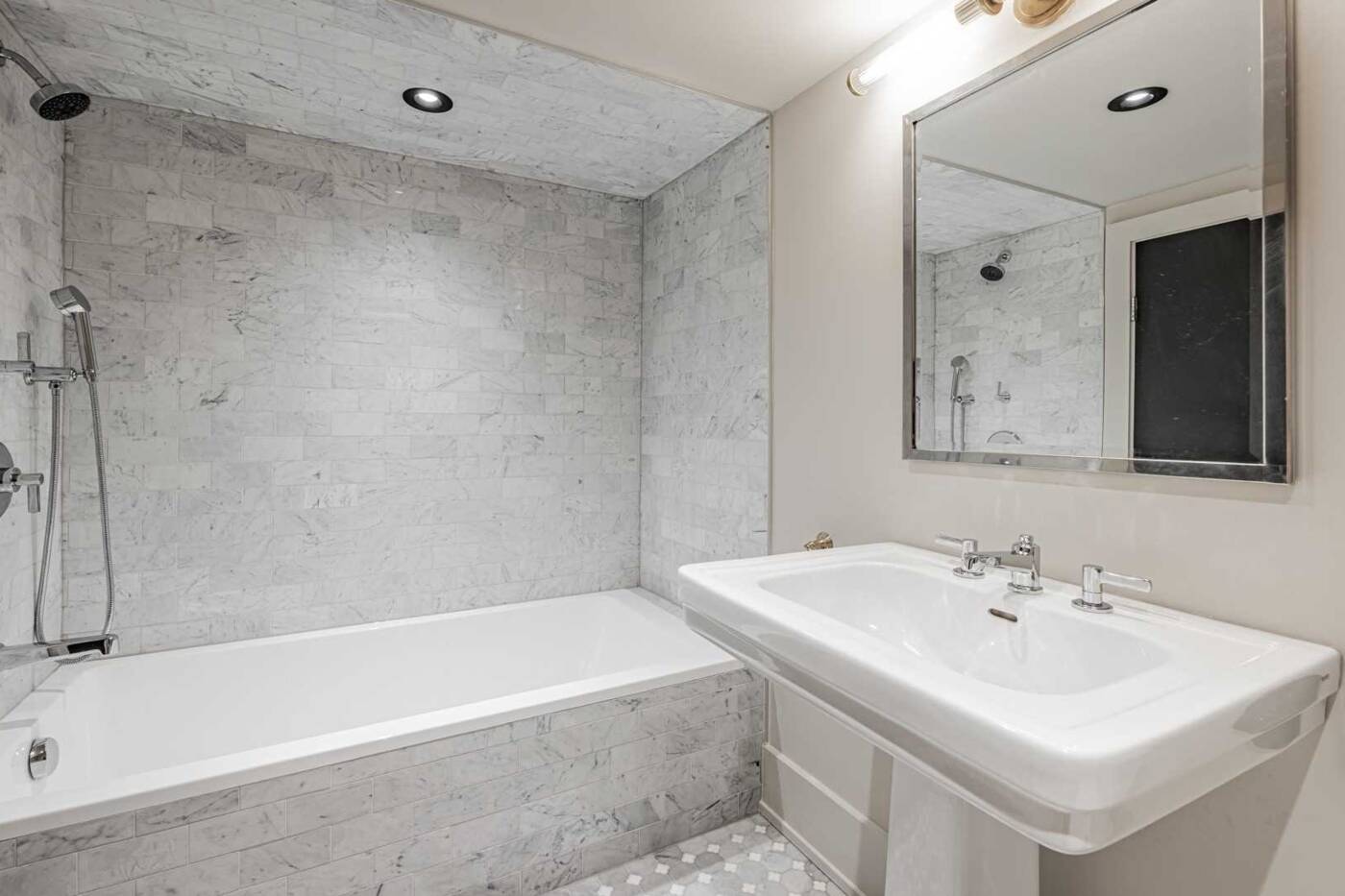 But it wasn't a walk in the park.

According to The Globe and Mail, Brandt used historical records, photo archives and clues from other houses designed by the architect to bring 82 Lowther back to its original state. 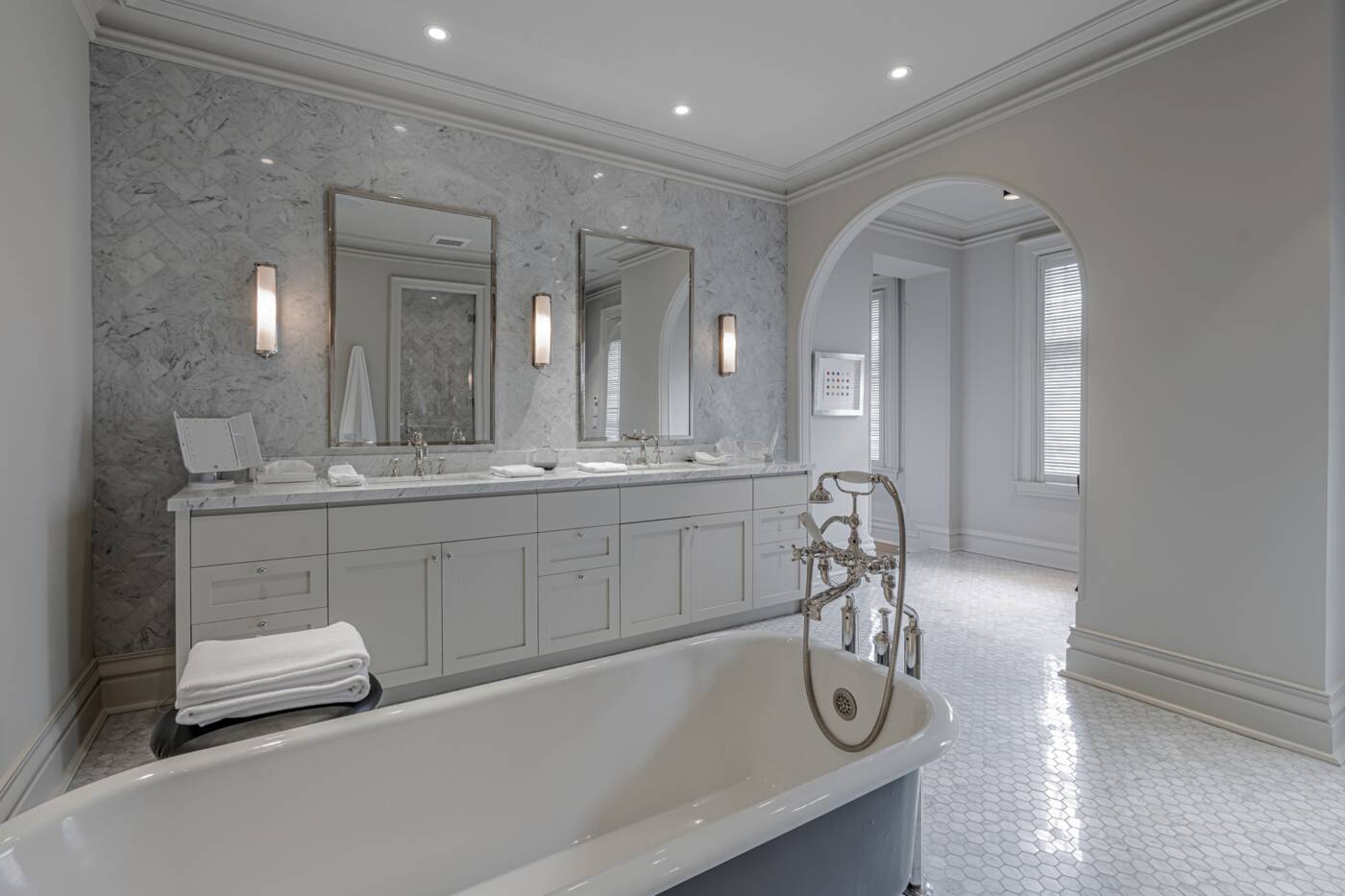 The result was a stunning restoration that was awarded the William Greer Architectural Conservation and Craftsmanship Award of Merit in 2010. 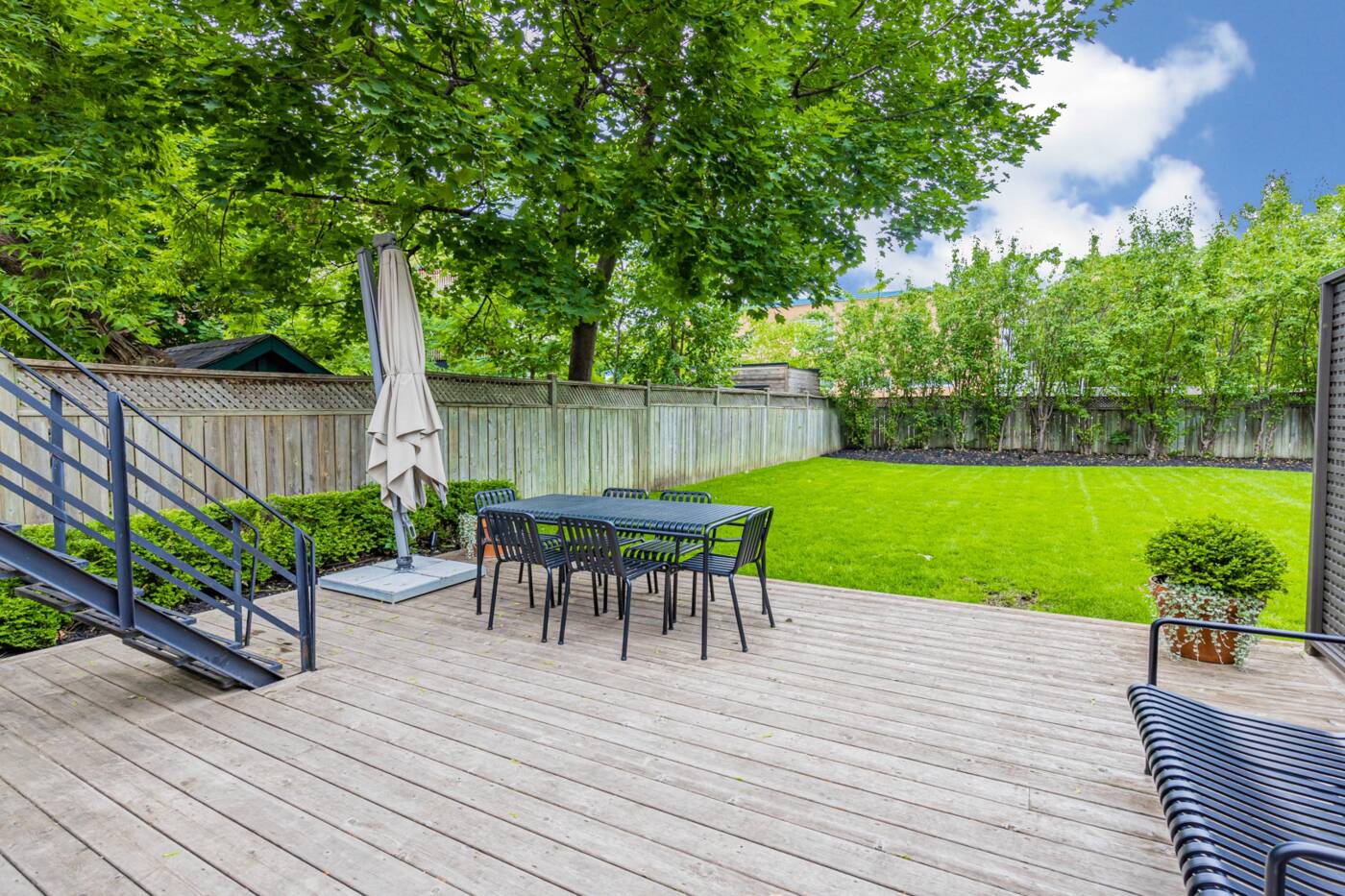 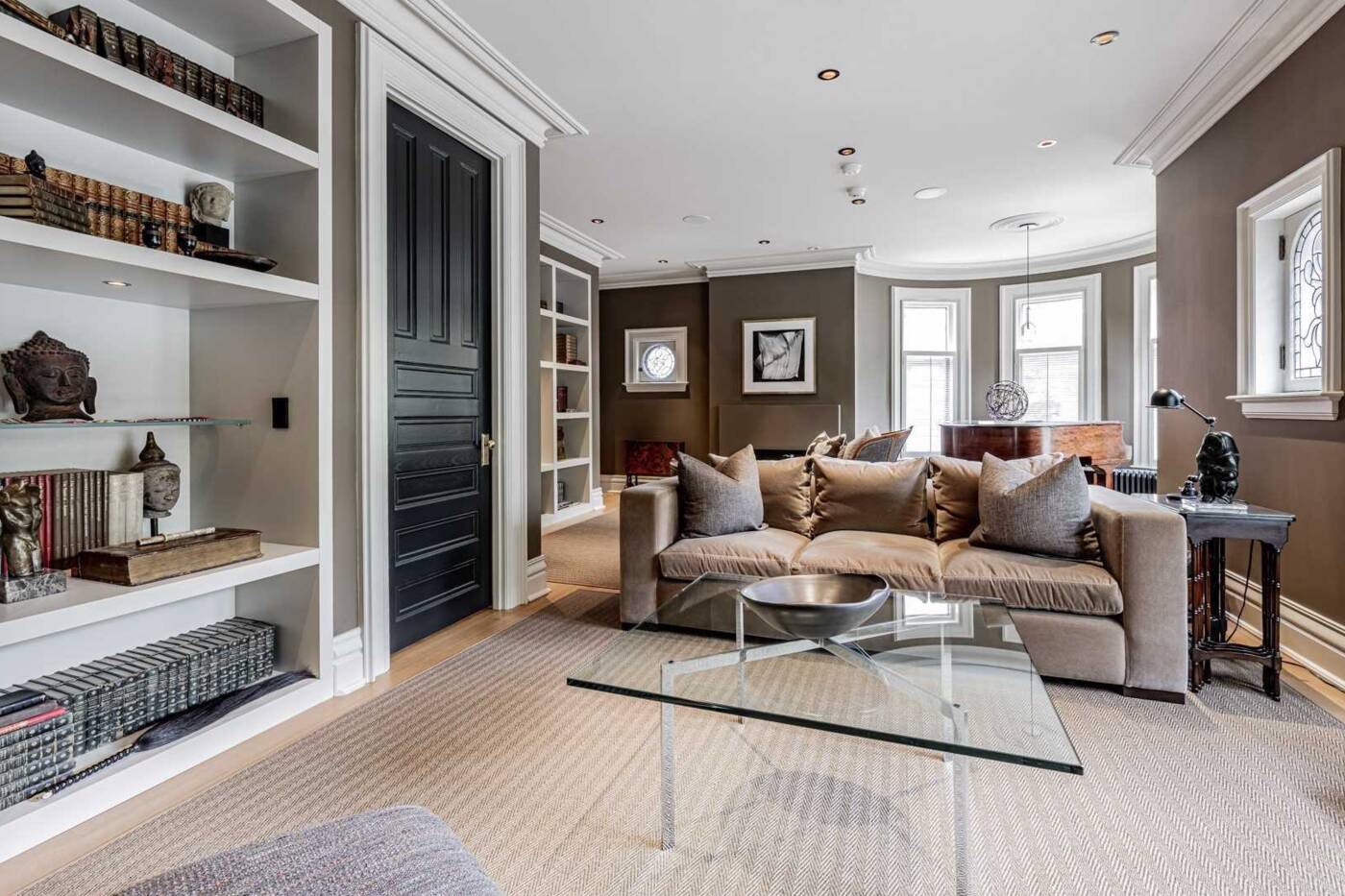 The family room with built-in bookcases. 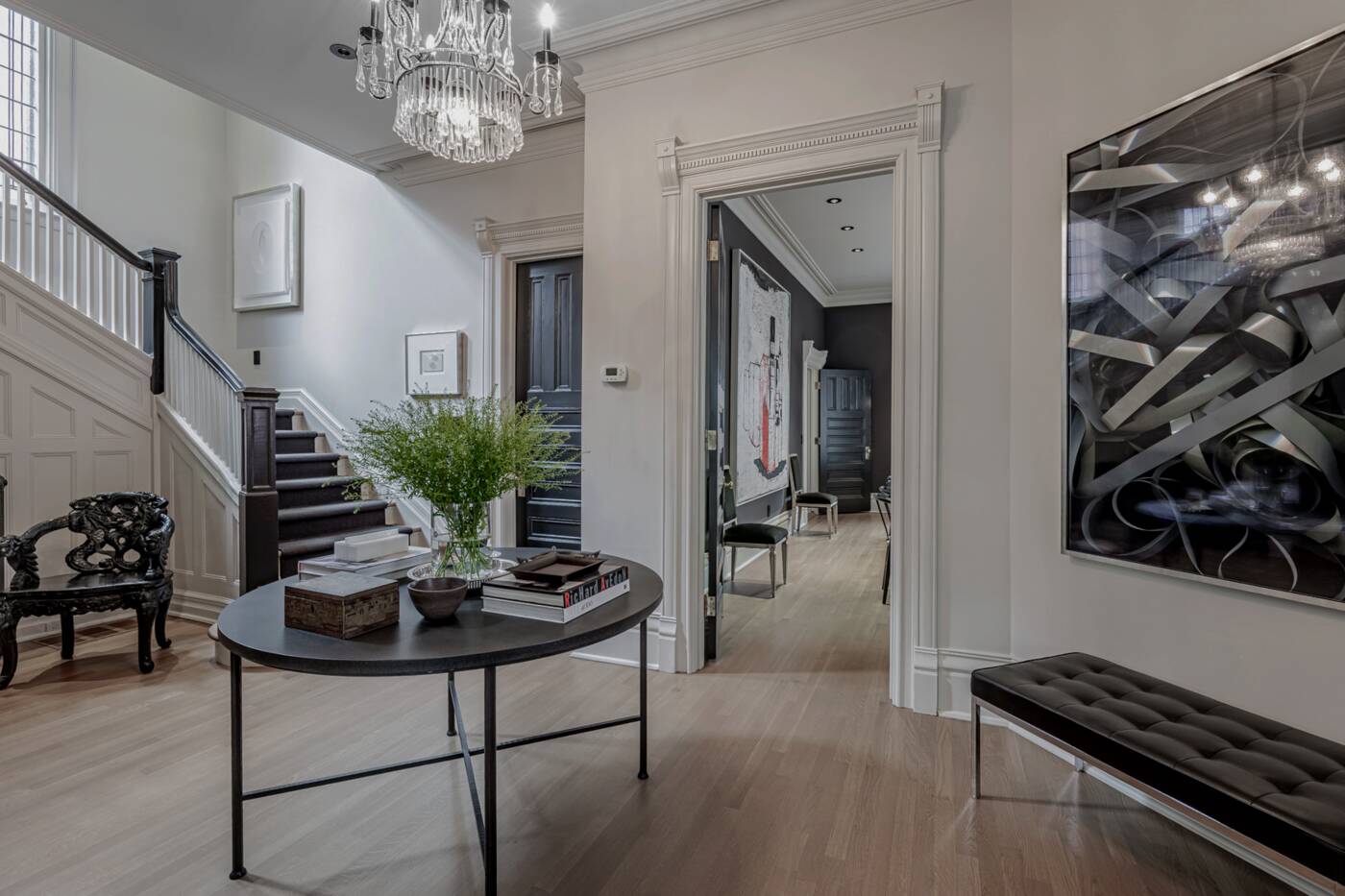 There have been some updates throughout – mostly cosmetic – that modernize the home. 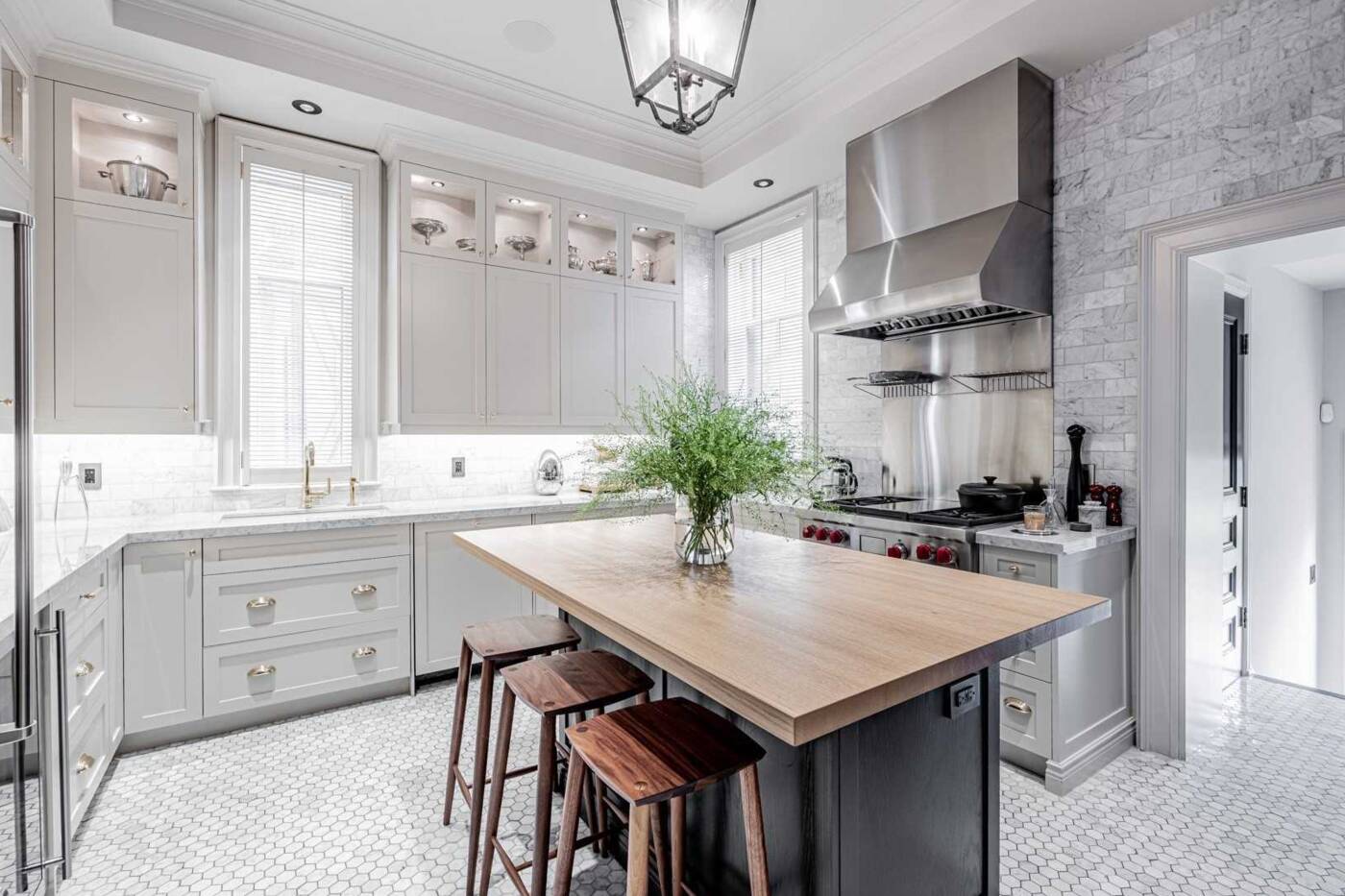 For example, the wood has been painted white and the kitchen is now sleek with stainless steel appliances. 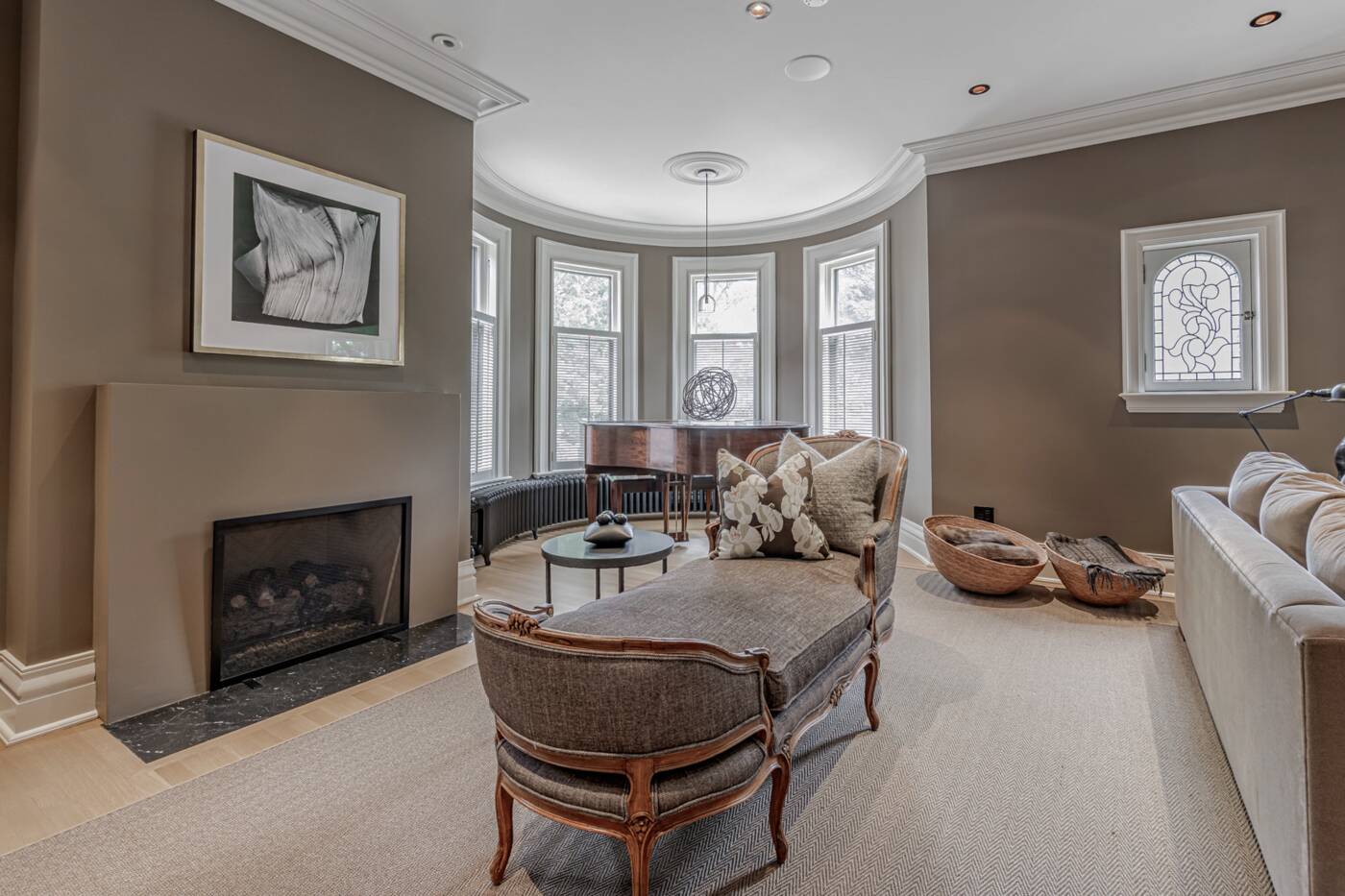 But thankfully the character isn't all lost. 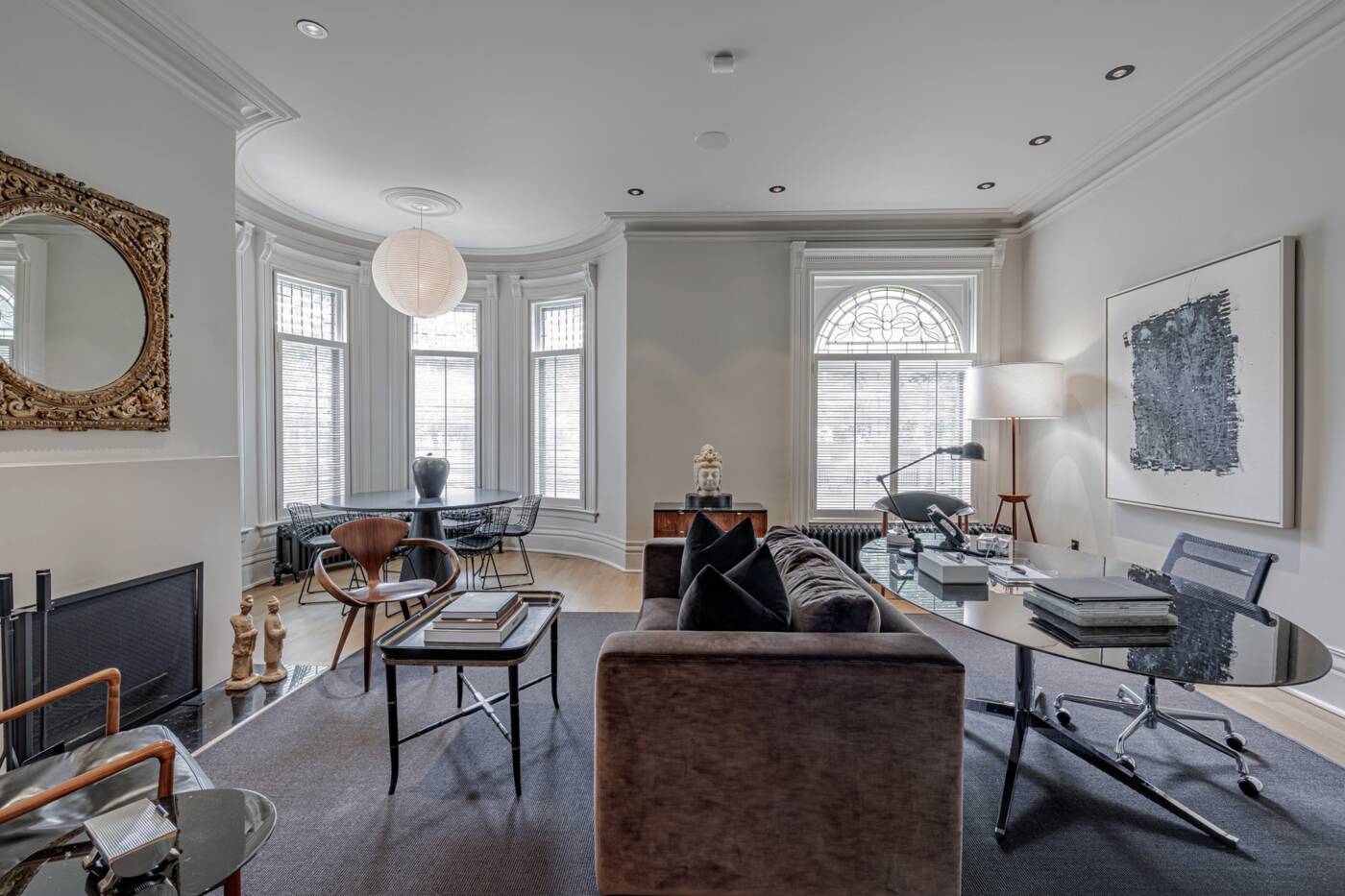 There's still fabulous millwork, stunning curved and leaded glass windows and of course, that defining turret is still a feature. 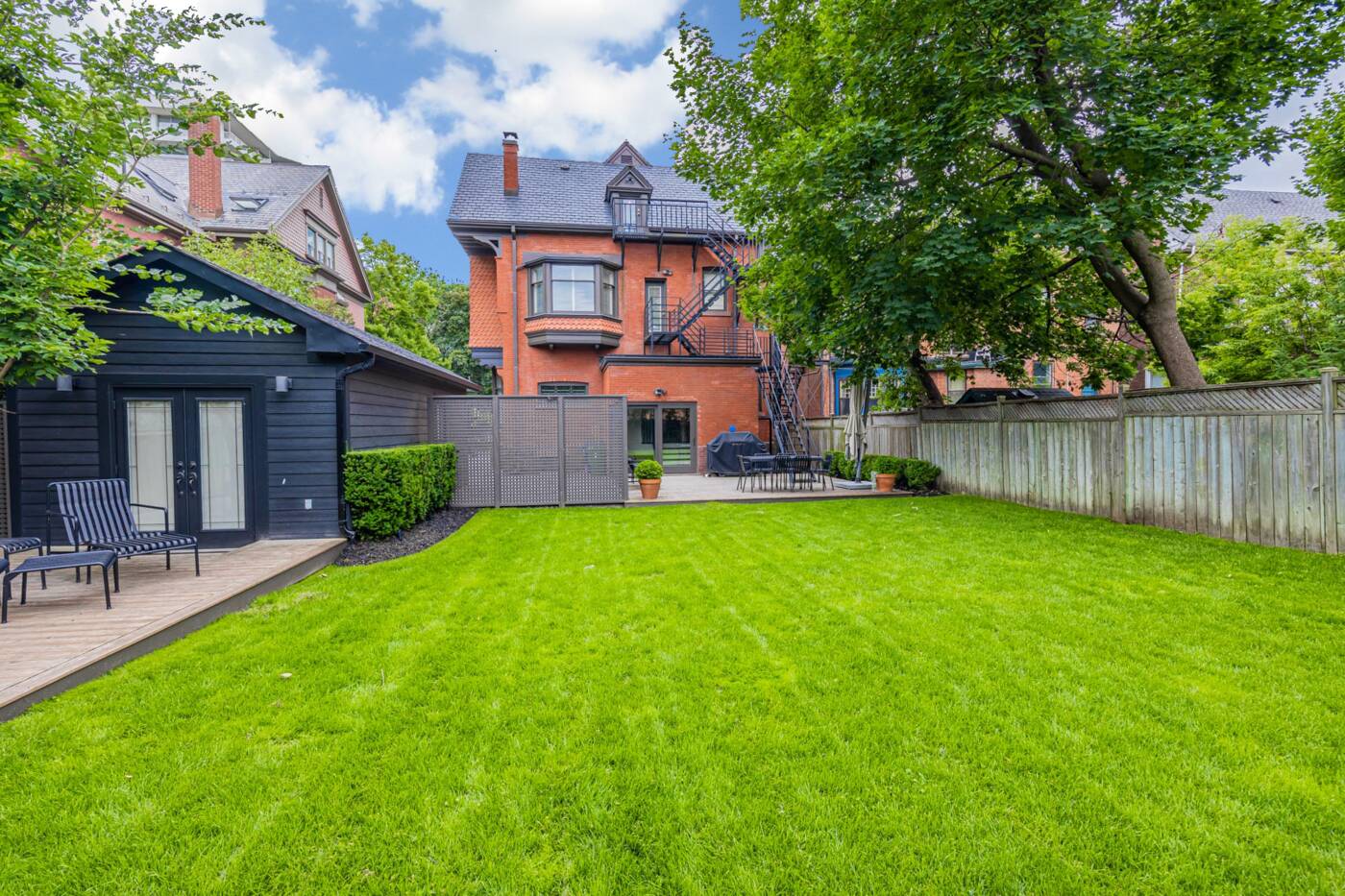 Over 125 years later, 82 Lowther Ave. is still heiress-worthy and you pretty much need to be one to afford it.