Curvy condo tower to replace yet another Toronto gas station

Drivers will want to fill up that tank, as yet another Toronto gas station could soon be on the way out. As the number of downtown fill-up spots declines drastically, stations are also dropping like petroleum-soaked flies in the city's former suburbs.

Developer Grmada Holdings has submitted plans with the city to redevelop an assembly of properties at the southwest corner of Bathurst and Wilson.

The site at 3736-3750 Bathurst Street is currently home to a Petro-Canada gas station, a Tim Hortons, and Brooklyn Furniture Emporium, while two single-storey detached houses on Richelieu Road would also get the axe to make way for the new residential density.

In their place, the developer is seeking rezoning from city planners to permit a 30-storey condo complex that would absolutely tower over anything that exists near the intersection today.

The complex features a tall tower and a cute little tower stub rising from a shared podium, with a sleek look from WZMH Architects that incorporates glazing and vertical piers of brick cladding to punctuate the exterior's verticality. 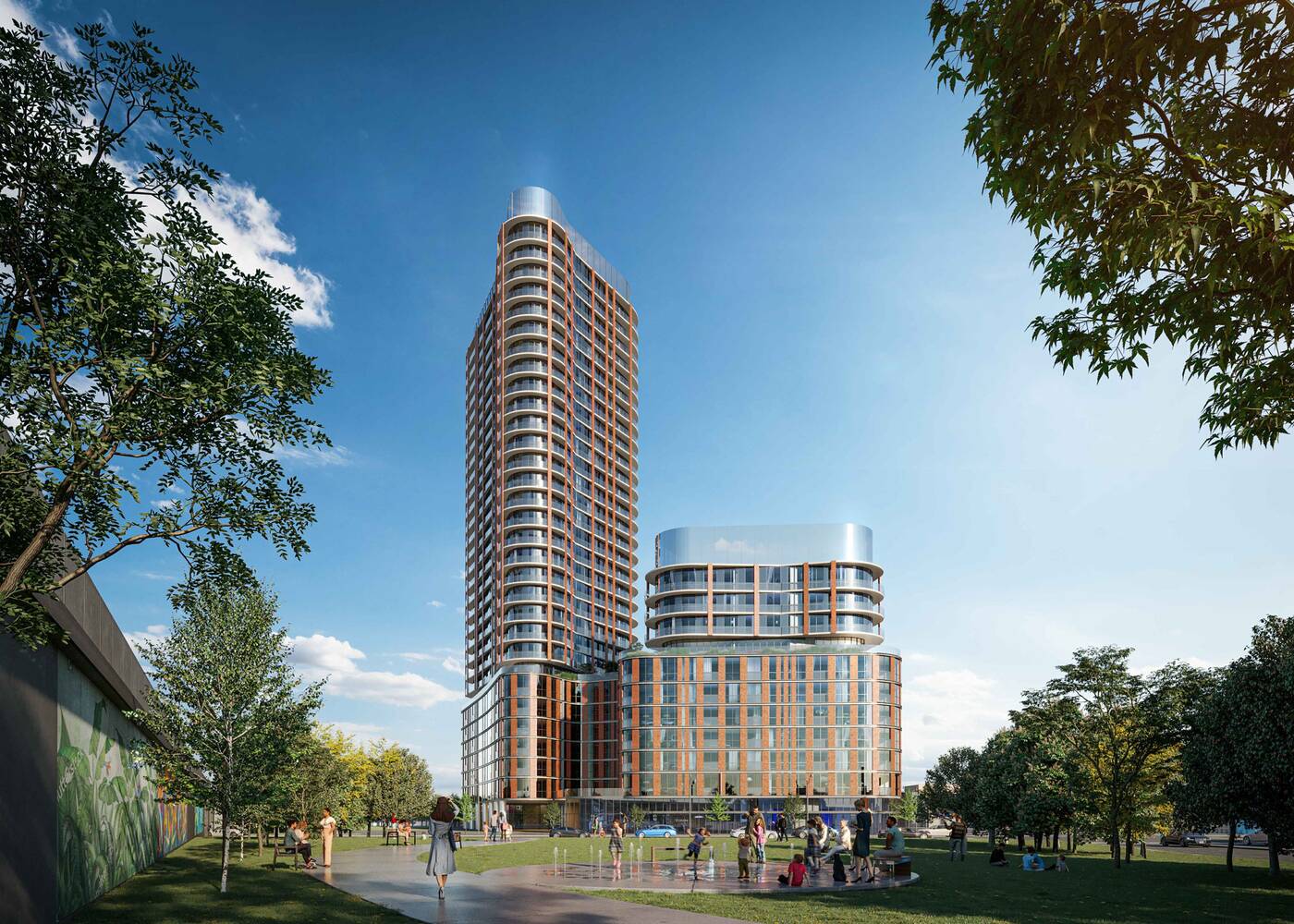 Of the total floor area of approximately 36,500 square metres, over 97 per cent is dedicated to residential space, including 479 condominium units proposed in a mix of 103 studios, 204 one-bedrooms, 123 two-bedrooms, and 49 three-bedroom layouts.

The remaining fraction of space, just over 850 square metres of it, would be allocated to new ground-floor retail at the Bathurst and Wilson intersection.

Though it will remove automobile infrastructure from the intersection, the development would not necessarily translate to a reduction in traffic for the area, as the project calls for 134 parking spaces in close proximity to the exhaust-choked Highway 401.

However, it won't be an entirely car-dependent development, as 512 bicycle parking spaces are also proposed, and residents will be situated at the meeting point between to high-capacity bus lines in the 96 Wilson and Bathurst 7 routes.