A drawn-out battle to save a heritage home appears to have ended in preservationists' favour, as the proposed redevelopment of 214-230 Sherbourne Street now incorporates the heritage-listed home at the north end of the site, known as William Dineen House.

A new development application, submitted with city planners in mid-September on behalf of KingSett Capital, aims to redevelop the site, currently home to the disused heritage house and a vacant lot to the south.

The heritage home in question has been the subject of a lengthy battle following an attempt to sell the land for redevelopment, threatening the property.

Community organizations fought to have this site purchased by the city and earmarked for desperately needed affordable housing, and the City's Planning and Housing Committee attempted to acquire the site in 2021 for an affordable project but was inevitably outbid by a private developer.

KingSett Capital has signed on Hariri Pontarini Architects to design a 47-storey condominium tower planned to wrap around the south and west sides of the existing William Dineen House, with a 13-metre-deep section of the heritage building to live on. 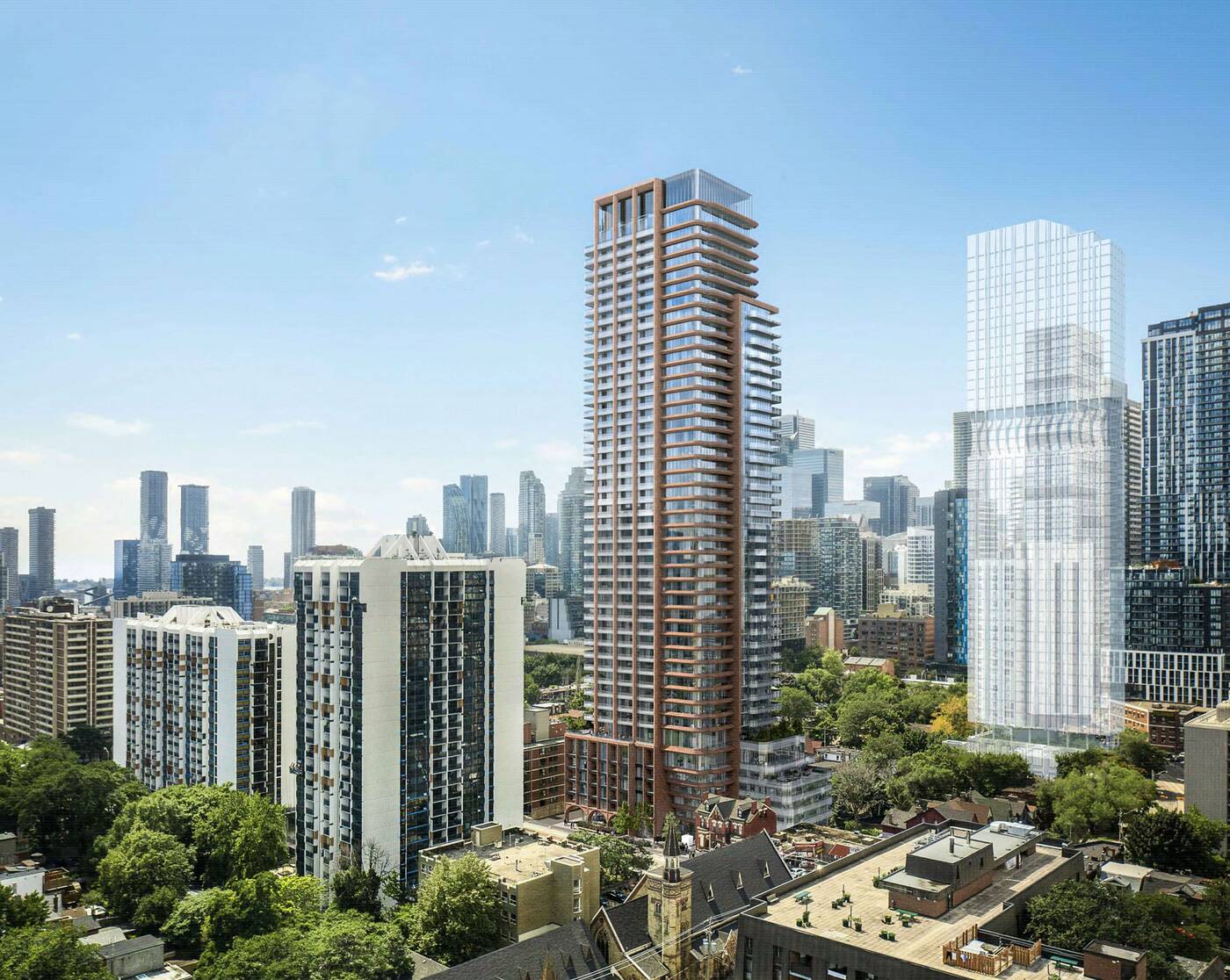 A preservation plan from heritage specialists ERA Architects calls for the house's frontage to be retained in-situ, with its retained and restored section to be later incorporated into the new-build structure.

Complementing the heritage home's Gothic Revival style and materiality, the new tower's design makes heavy use of red brick and a row of prominent arches at its base. 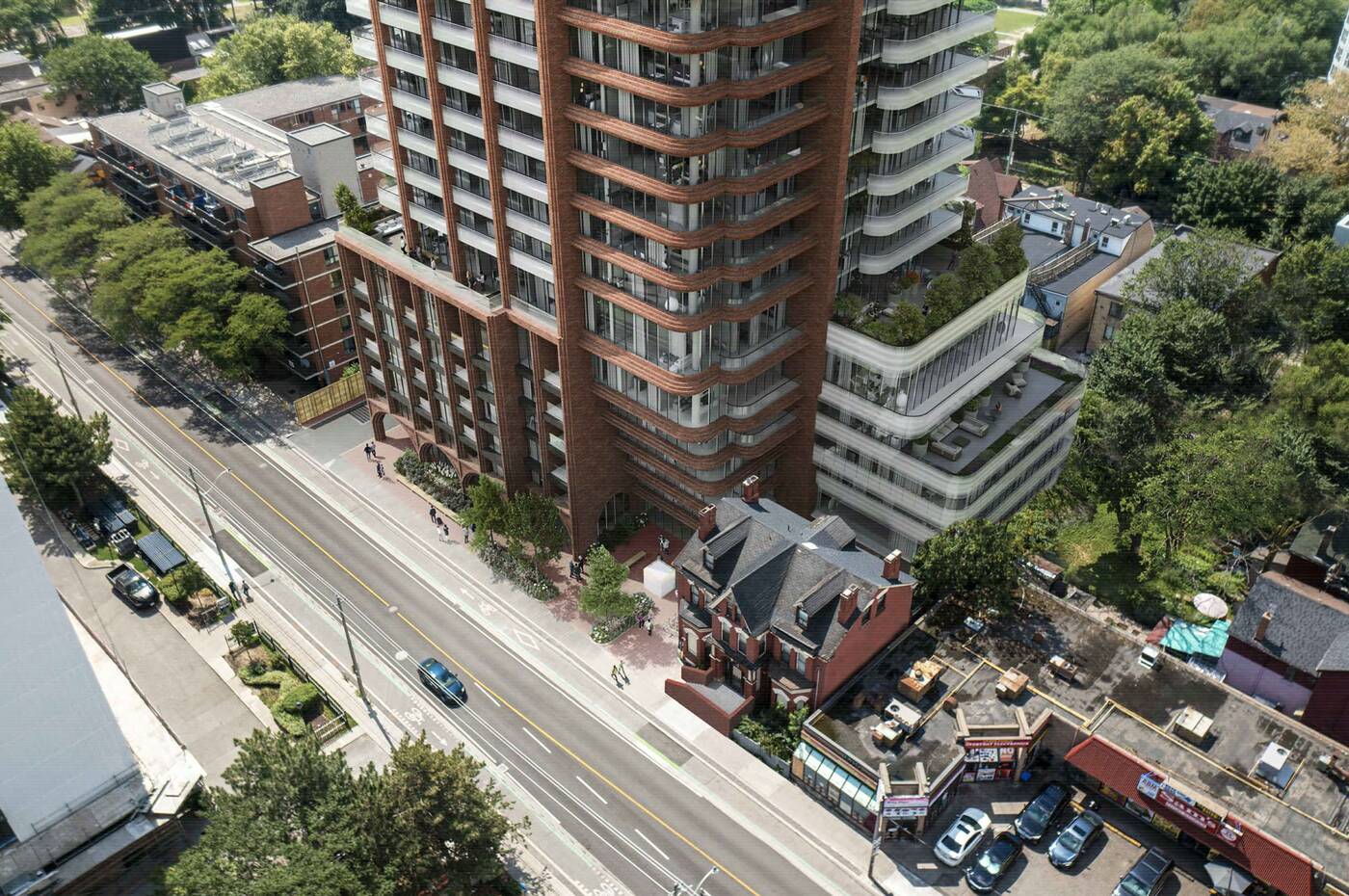 The almost 42,000-square-metre tower would dedicate almost 99 per cent of its floor area to residential space, in the form of condos and supporting amenities. The preserved William Dineen House will offer over 480 square metres of community space, though uses aren't specified in the planning application.

A total of 619 condominiums are planned in a mix of 78 studios, 391 one-bedrooms, 90 two-bedrooms, and 60 three-bedroom units, bringing a significant boost of density to the Dundas and Sherbourne area.

While the tower will introduce a huge increase of new homes in the neighbourhood, it wouldn't necessarily add much traffic, as just 66 parking spaces are proposed within a two-level underground parking garage.

Residents will have access to 620 bicycle parking spaces for a roughly 1:1 unit-to-bike parking ratio, including 84 designated charging spaces for electric bicycles.

The developer is seeking rezoning and an amendment to Toronto's Official Plan to permit the redevelopment, which is now being circulated among city staff.