Condo developments have been responsible for the loss of much Toronto history in recent years, but in a break from convention, one developer is proposing to revive a block of buildings by actually rebuilding a section lost to fire decades ago.

...and add a bunch of condos, of course, because this is Toronto, after all.

Streetcar Developments is seeking approval for a development proposal at 641-653 Queen Street East, a group of disconnected buildings constructed from 1889 to 1890.

Originally known as the Smith Block, the buildings have been disconnected for over 60 years, a 1961 fire damaging the block's central section. That portion of the site has since been occupied by surface parking. 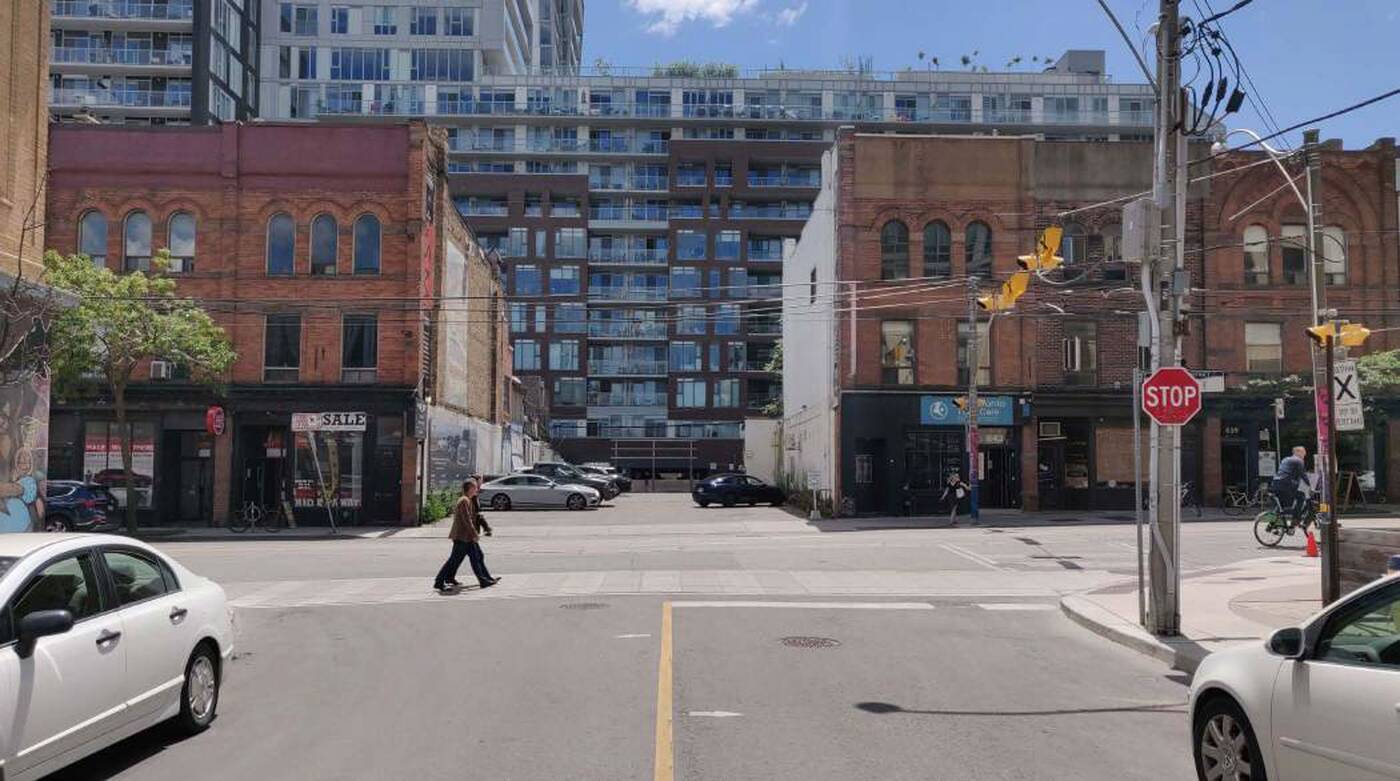 A portion of the row was lost to fire in 1961, and currently serves as a parking lot.

The existing buildings are designated under Part IV of the Ontario Heritage Act, protecting them from demolition. But, Streetcar's proposal would do far more than required under the Heritage Act, reconstituting the block through a careful reconstruction of the lost central section while renovating the surviving wings.

As you'd expect, the financial incentive driving such a thoughtful restoration is bougie condos.

The plan from architects Giaimo fuses the heritage block together with a modern nine-storey rear addition that serves as more of a frame for the revived block than a standalone feature.

What the complex's front facade would look like after completion.

The 9,892 square-metre building dedicates the majority of its space to residential uses at 9,085 square metres.

The remaining 807 square metres account for the preserved retail units along Queen, which will continue to function as storefronts within the base of the new development after receiving a pretty substantial facelift.

Within the residential space, the proposal calls for just 85 condominium units, the majority planned in two-bedroom layouts.

The generous suite sizes — including six loft units — indicate that this will likely be a boutique, high-end development geared toward end-users rather than one-bedroom-hungry investors.

Along with the new condos, nine rental units are also proposed to replace the existing apartments housed on-site.

If it plays out as depicted in renderings, this is one condo development locals might even welcome with open arms.