The unending demand for new condominium units in Toronto could change the face of Victoria Street, just east of Yonge-Dundas Square.

A new development application proposes a 24-storey condominium tower at 237 Victoria Street, with developer The Spire Group seeking to replace the existing surface parking lot on site with a high-rise containing over 250 new homes. 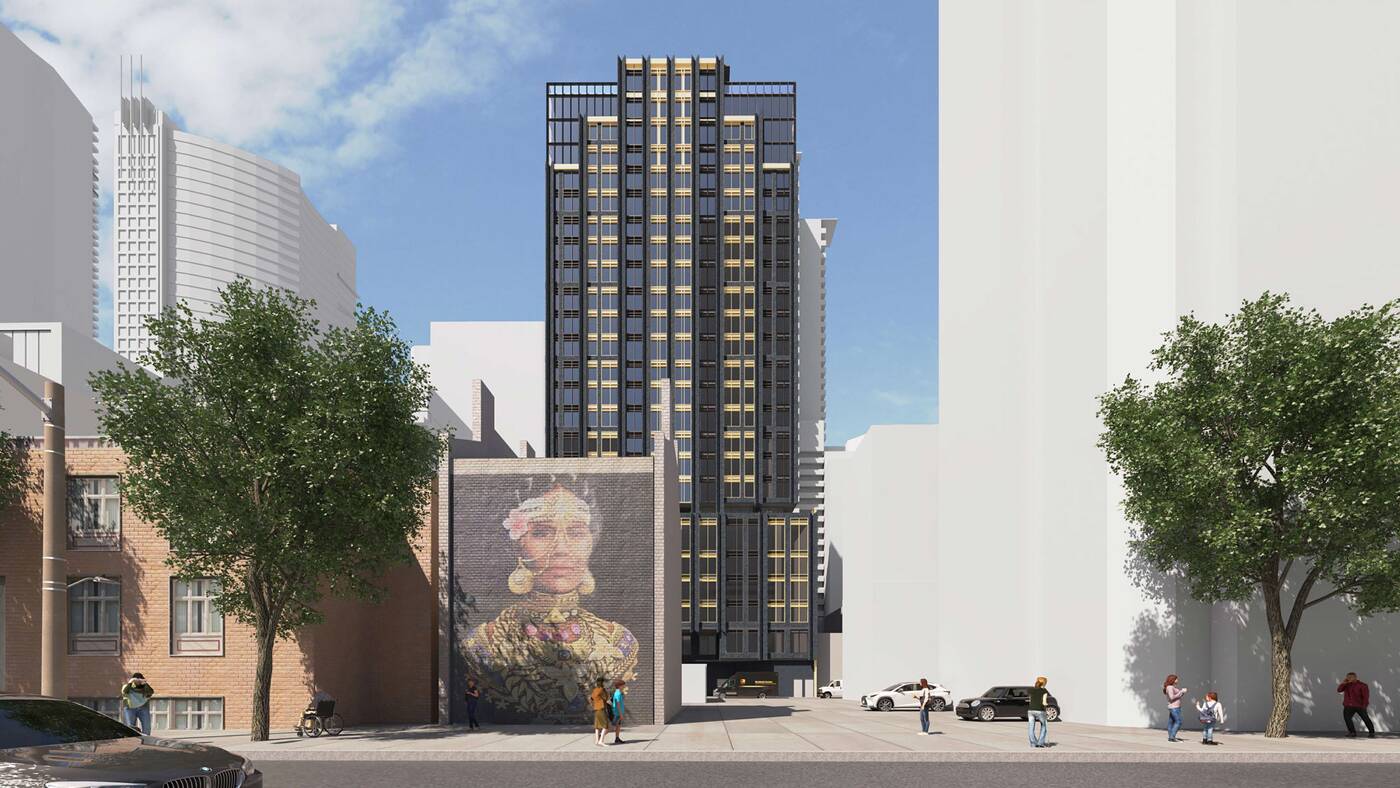 Though no buildings would be lost to make way for the new tower, its placement immediately south of the Senator Restaurant would block the establishment's iconic painted sign on its south facade. 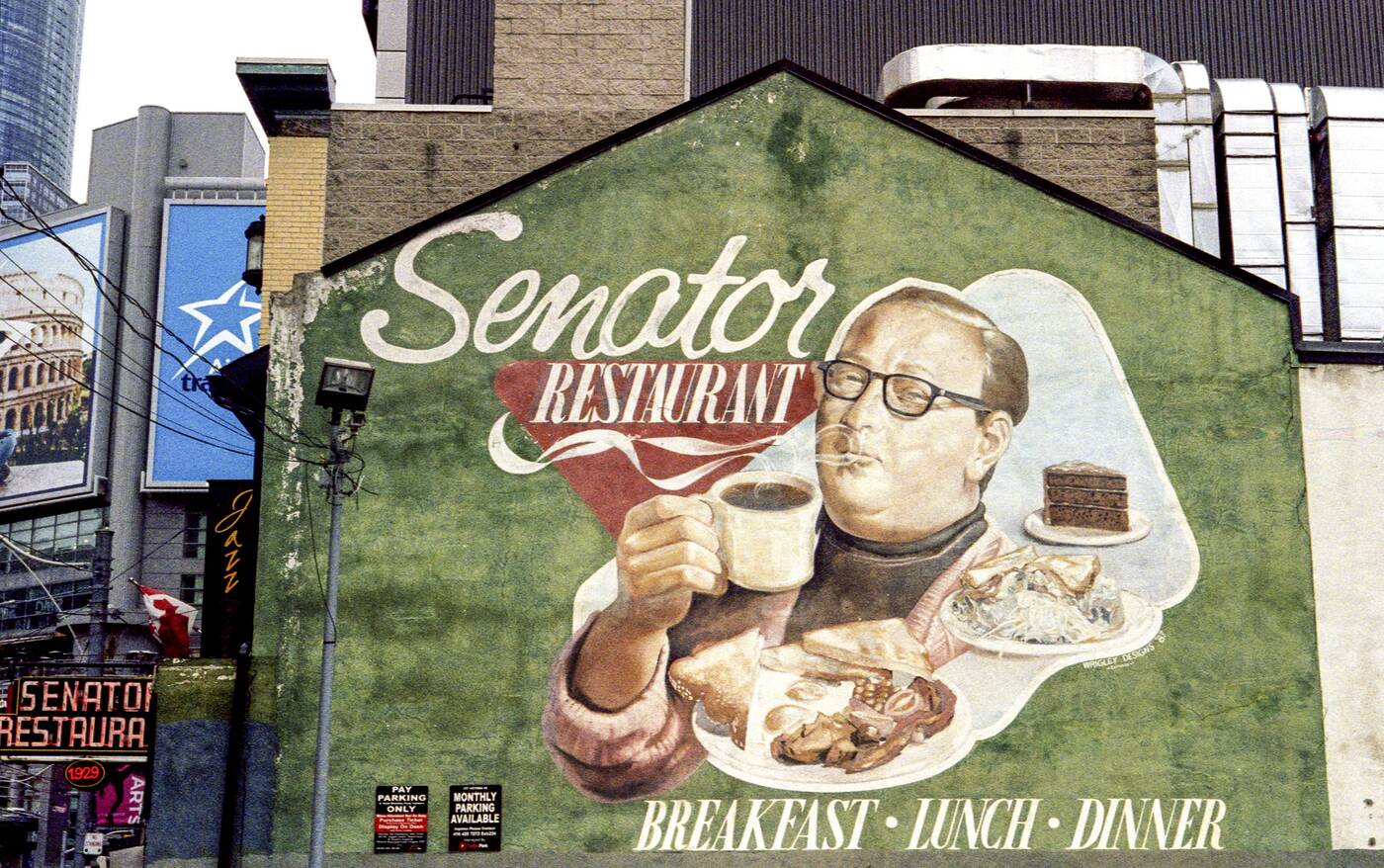 The existing mural on the south side of The Senator. Photo by Bill Smith.

In place of the current parking lot, the tower is proposed to rise 79 metres with a design from architects IBI Group. 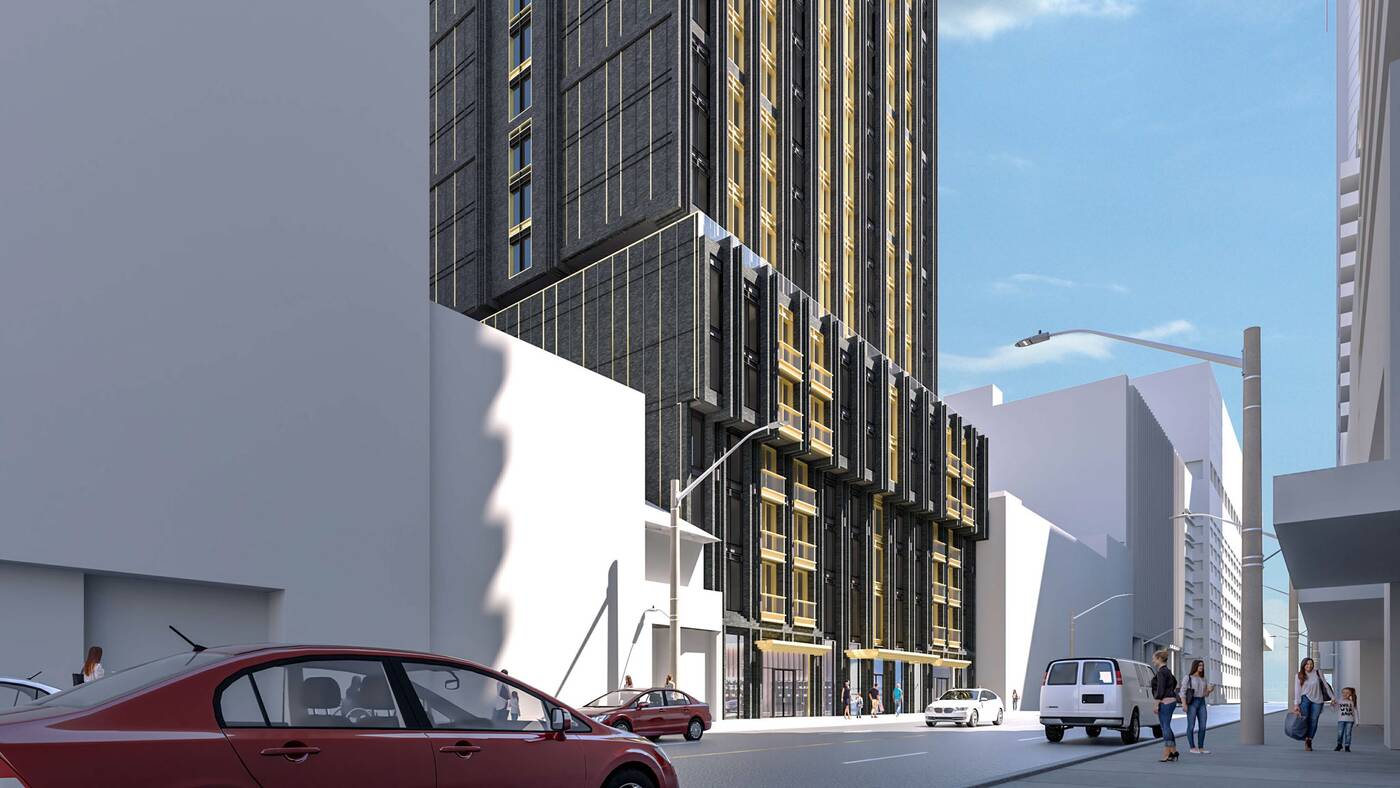 While much taller than its immediate surroundings, its relatively stubby stature is the product of the site resting below the helicopter flight paths for the Hospital for Sick Children and St. Michael's Hospital. 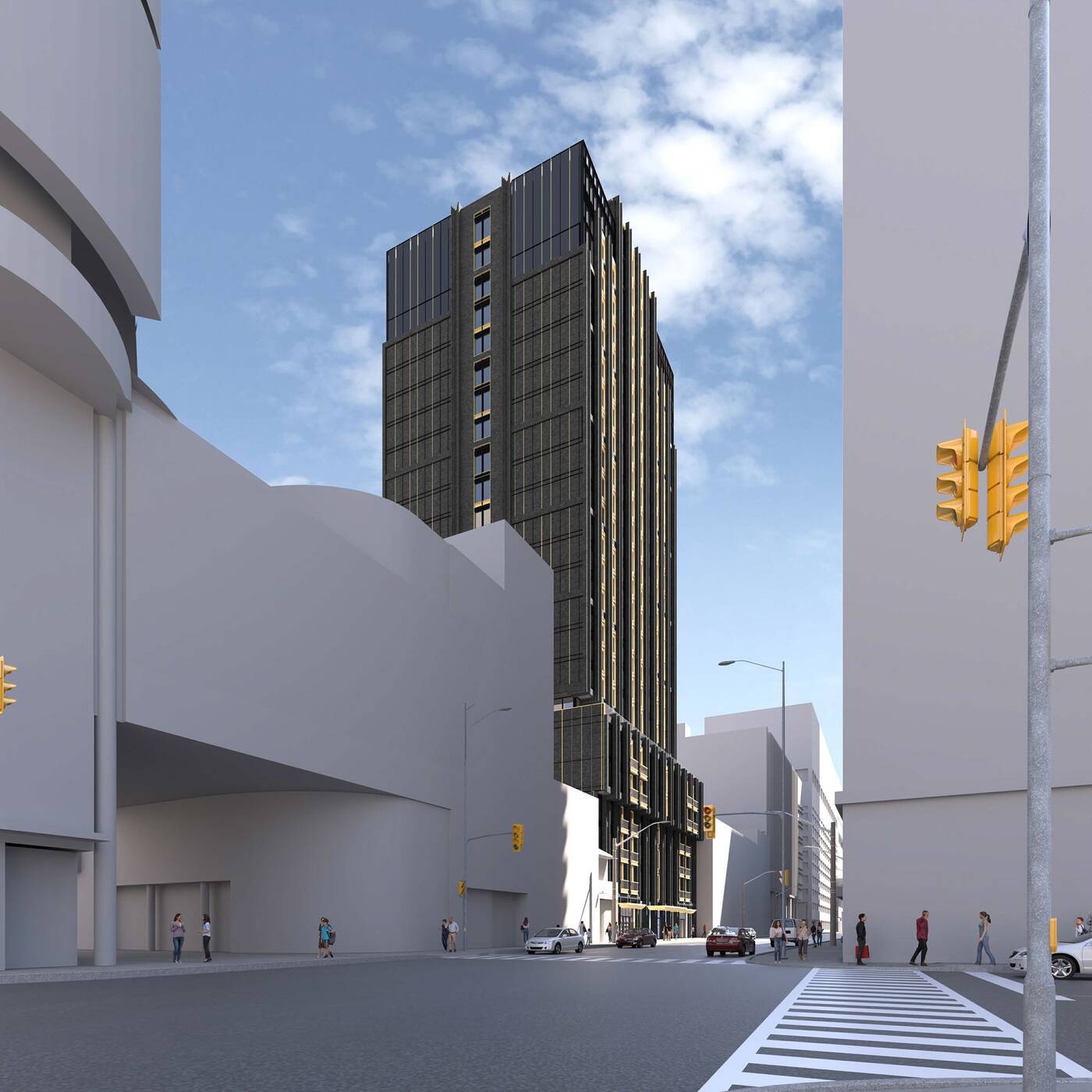 The design remedies these bulky proportions with a tiered look on its upper floors that gives off the image of a tapering skyline.

The 17,826 square-metre building would dedicate most of its floor space — 17,410 square metres — to residential uses, including 256 condominium units, planned in a breakdown of 34 studios, 126 one-bedrooms, 65 two-bedrooms, and 28 three-bedroom units.

A remaining 416 square metres of space is planned to host retail along the ground floor's Victoria Street frontage.

The high-rise development will offer its residents even fewer parking spaces than what currently exists on the surface lot, proposing just one level of underground parking with 17 spaces.

Most residents will be expected to make use of the nearby Dundas subway station, or the 257 bicycle parking spaces planned in the underground garage.