If you're looking to live in ultimate luxury and opulence, you'll want to look no further than one of the most expensive properties — and the second-most expensive actual home — available in Canada right now on Realtor.ca: a sprawling Hamilton estate listed at a whopping $54 million.

The mansion sits at 140 Garner Road E., just a few minutes outside of the Southern Ontario city's centre and about an hour's drive from Toronto.

Though the price point is absolutely bonkers, the gigantic home has too many over-the-top amenities and attributes to name — so many that the listing doesn't even bother to expand on any, nor does it list how many bedrooms and bathrooms are in the gigantic footprint, which is as large as a Walmart. 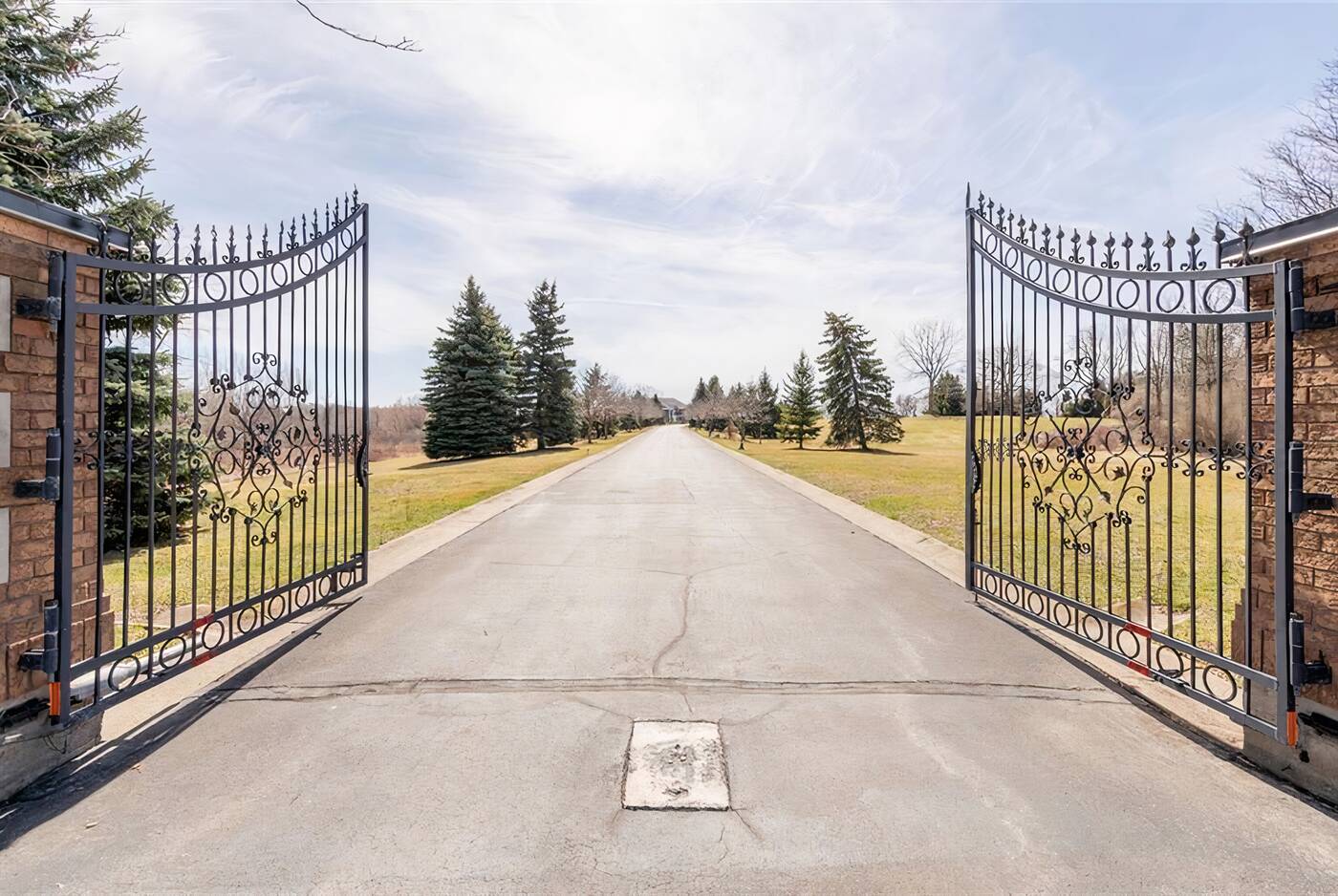 Gates lead to a driveway you could fit 50 or more cars on. It is circular and appears to be designed for valet.

It all starts at wrought iron gates that open to a massive circular driveway (complete with central fountain) that could fit dozens of cars, though it appears designed for valet. 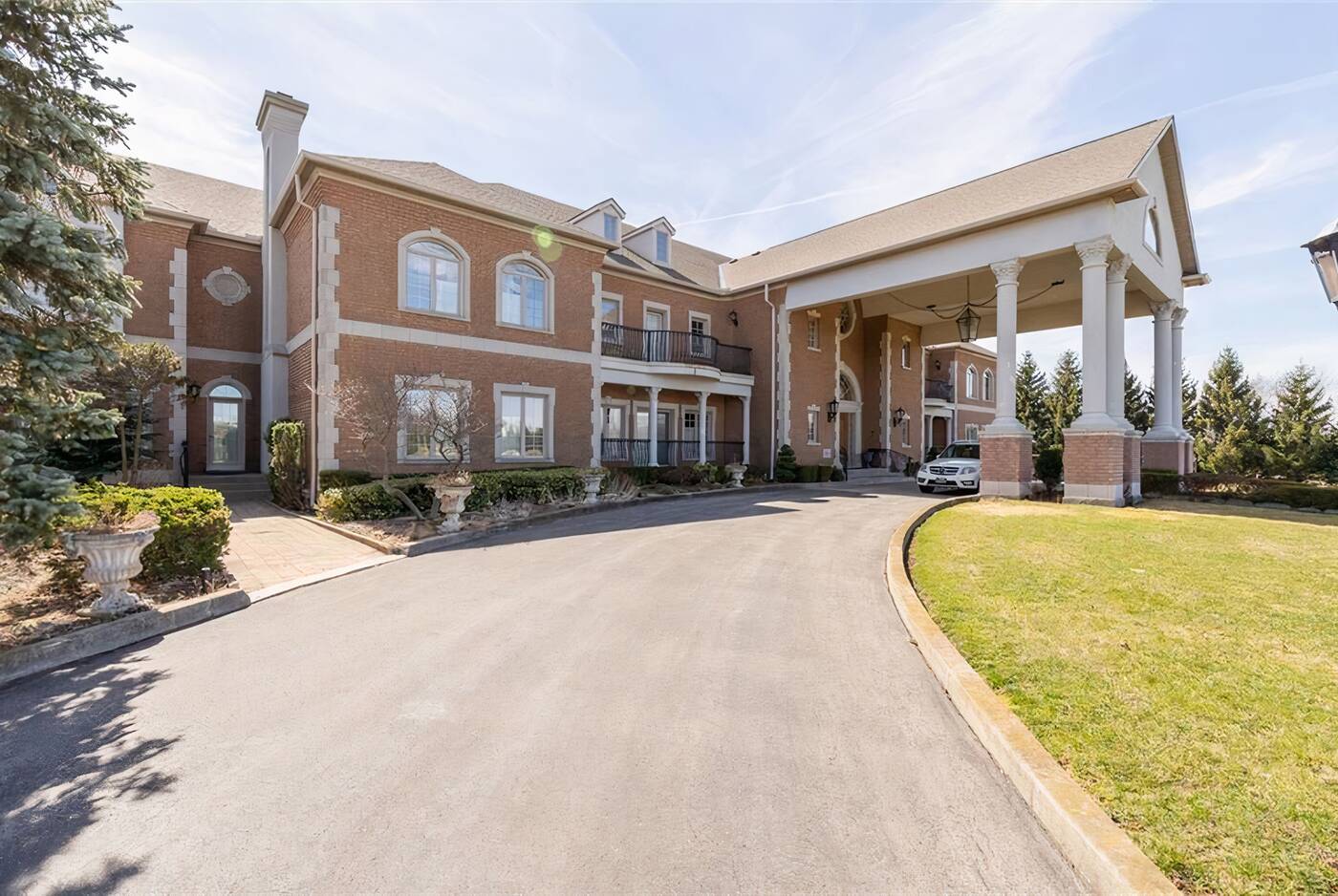 Another angle of the gorgeous palace of a home.

The huge pillars and overhang welcome you through oak double-doors into the drmatic foyer, where you'll find white marble floors, sky-high ceilings that are actually painted to resemble the sky, and double staircases going to either side of a home that really feels more like hotel (the shopping mall portion of Caesars Palace in Las Vegas, specifically). 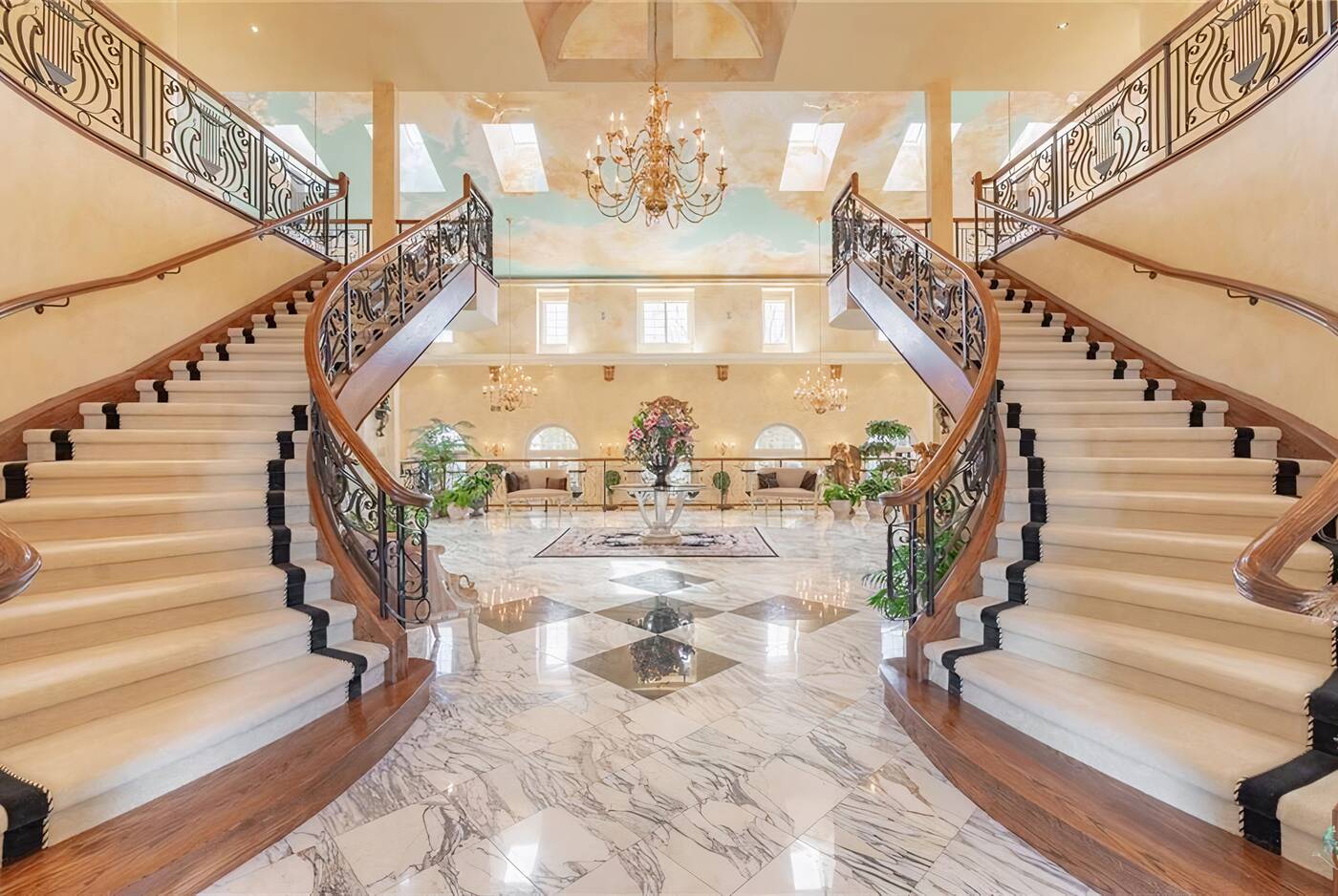 The dramatic double staircase is the first of countless palatial features of the home.

Everything in this house is "go big or go home," especially the actual space, with the rooms feeling too large for anyone to adequately furnish in their lifetime.

Skylights, chandeliers, crown moulding, split levels with stairs and ornate banisters leading all over the damn place — it's a lot to take in, with a ridiculous 30,000-square-feet of floor space to explore. 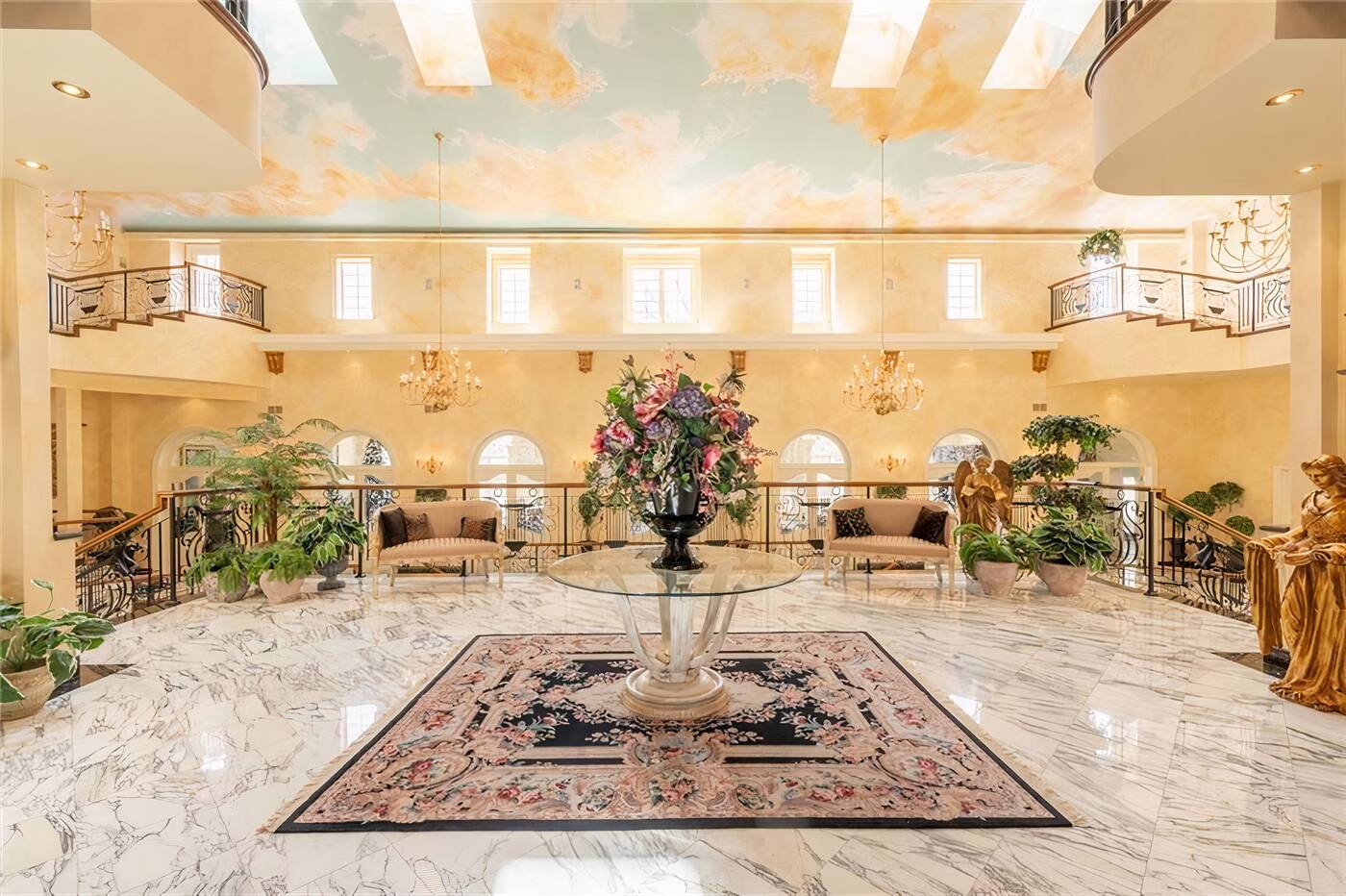 The home is decked out in a Roman style, resembling Caesars Palace.

There's a full-on banquet hall/events space where you can seat hundreds, complete with a full bar and multiple sets of french doors leading to the landscaped grounds beyond. 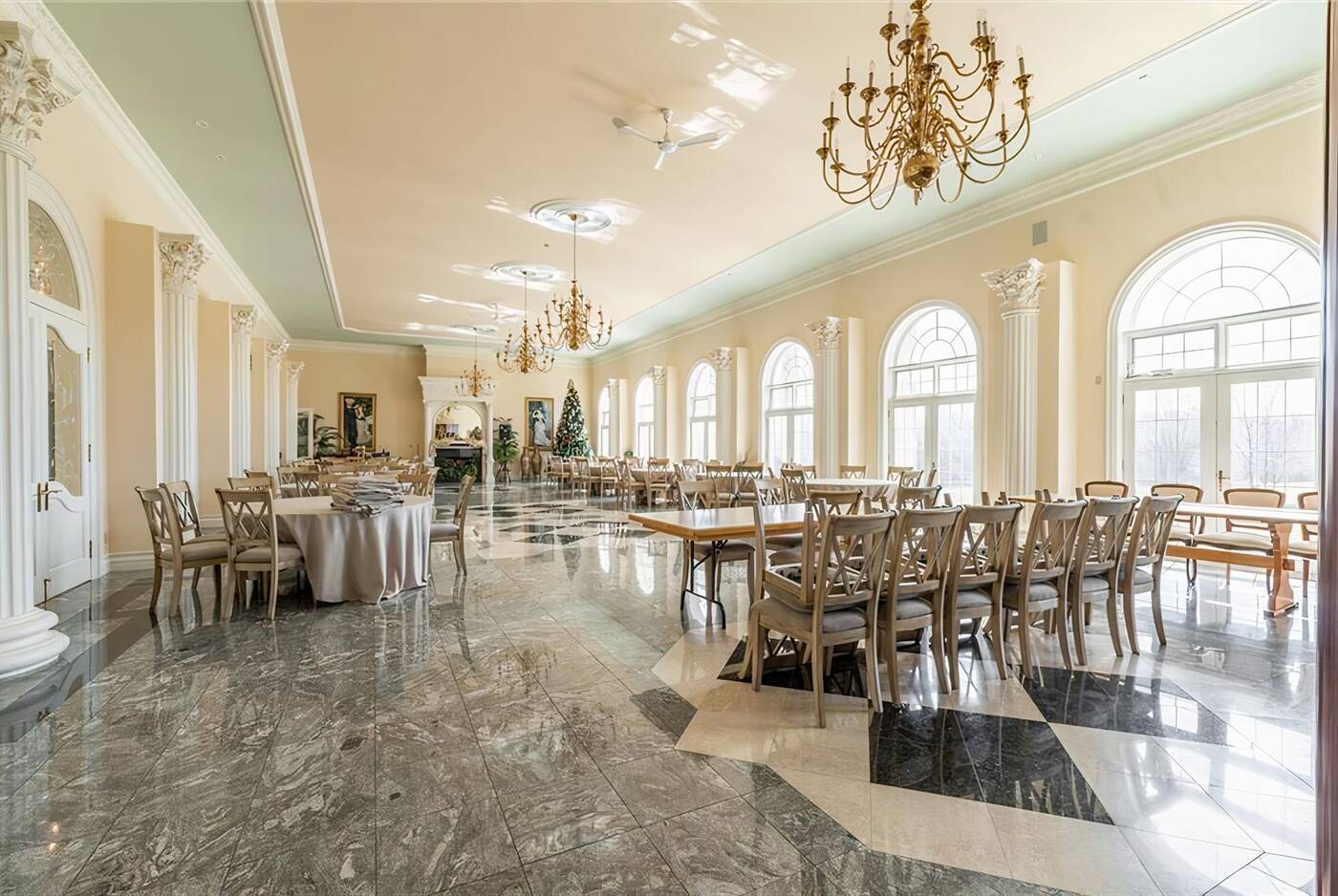 Host events in your vast banquet hall, complete with tons of French doors and a full standalone bar.

There are living and kitchen spaces that you could share with your entire family, but still have to shout across to even try and hear anyone, given their size. 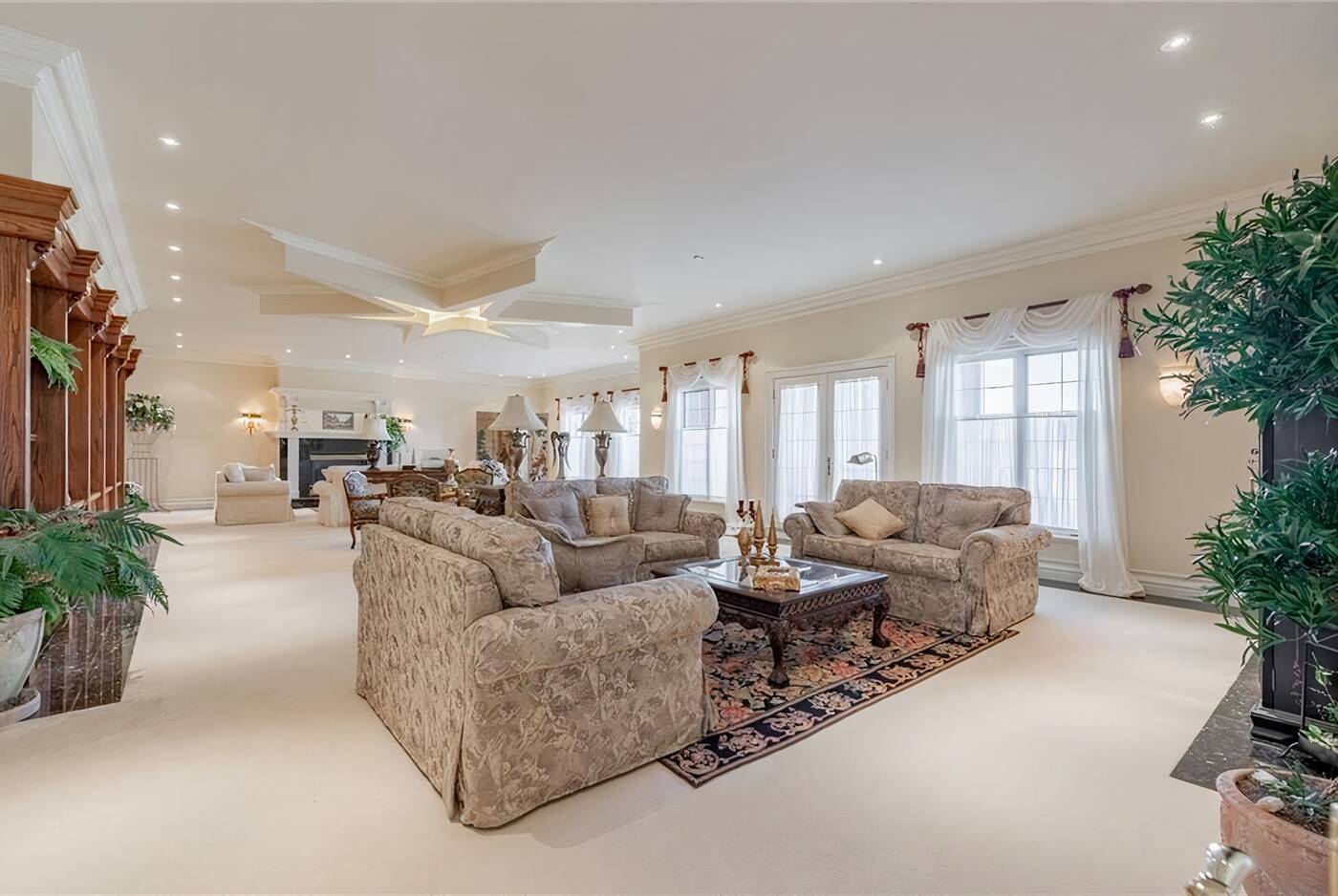 Yell across to your family in one of the many colossal living rooms. Or, just ignore them completely, since you have the space to.

The build is a little visibly dated, sure, but has tons of pricey features and space, especially the land that it's on. 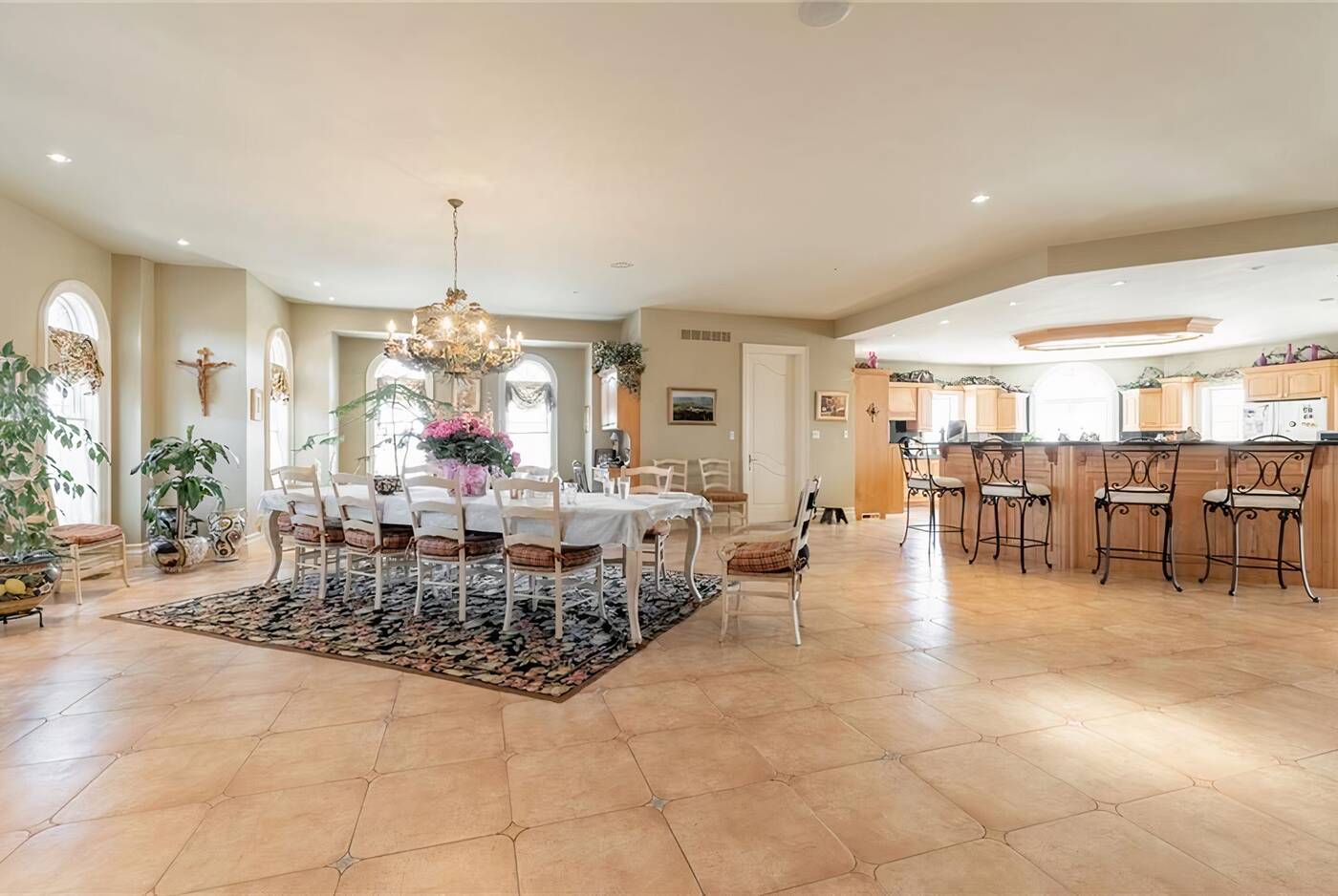 The living spaces are legitimately too large, to the point that they actually look silly with normal furniture in them.

Though little is mentioned about the house itself in the ad, what is highlighted is the fact that the custom build comes on a staggering 85 acres of land that the brokerage appears to be touting for future development purposes: "Invest in your future! Great opportunity! Potential parcel that could be included in the next official plan expansion!" it reads. 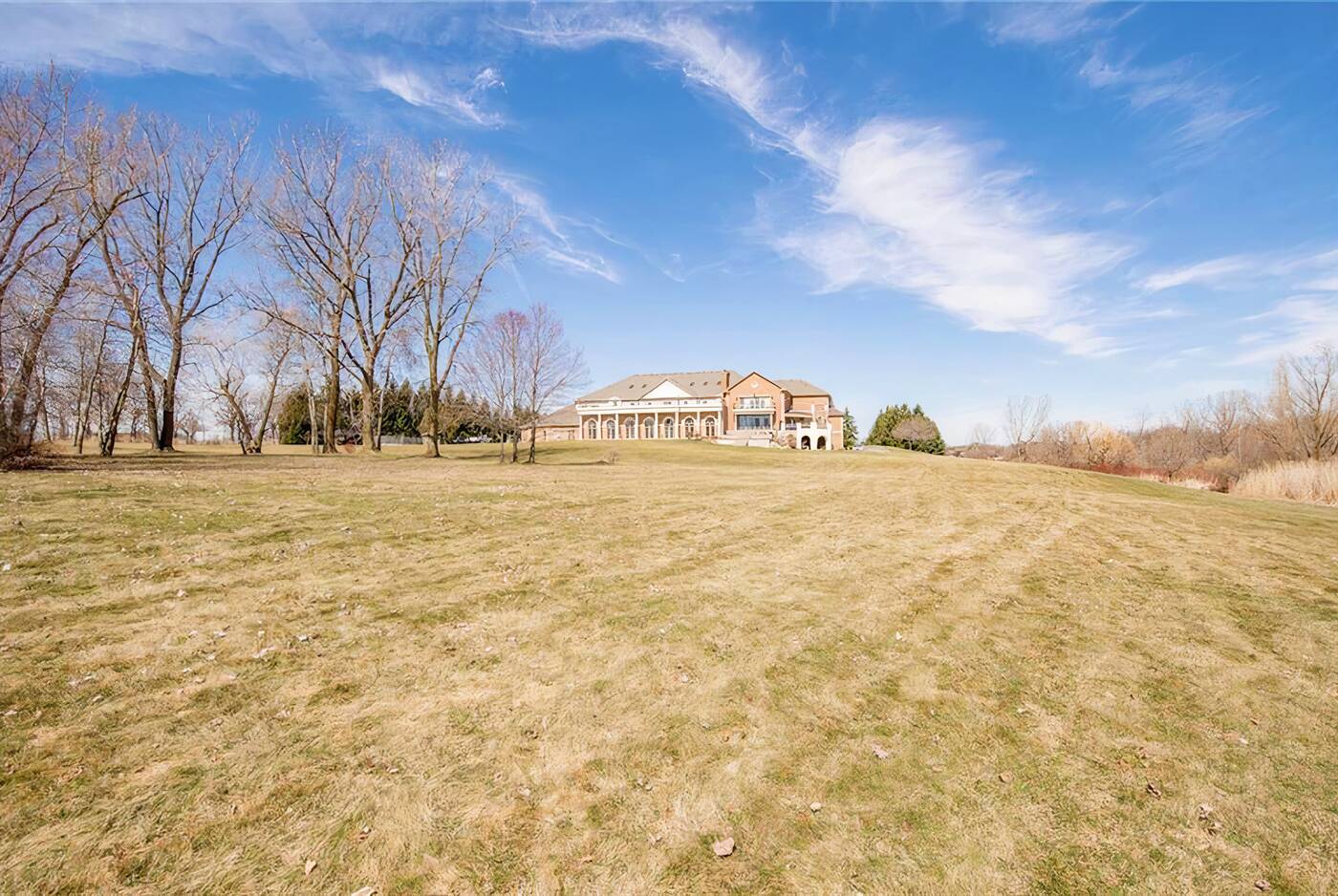 The property is immense and prime for building an entire subdivision on, if you're the right buyer.

Since you would have to be a developer or a major celeb to consider a home at this price anyway, their positioning is likely a good tactic.